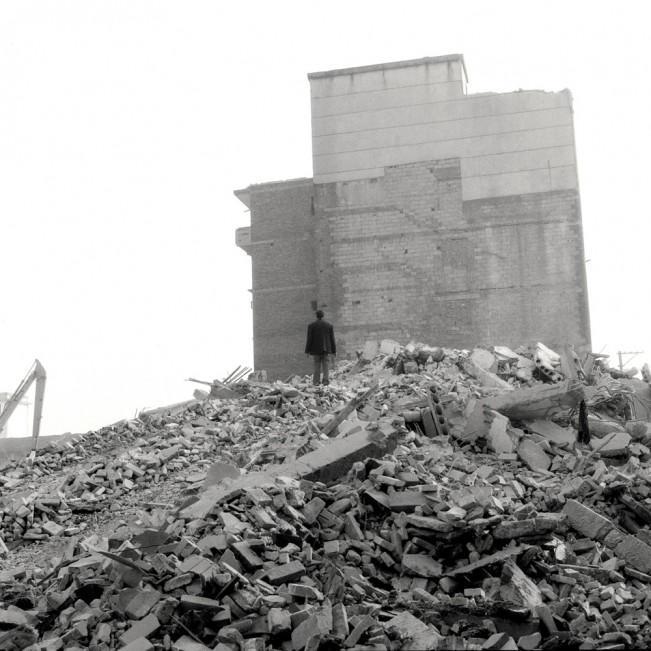 Muge is a Chinese photographer based in Chongqing, China. His project “Going Home” poetically documented people’s changing life due to the Three Gorges water conservancy project,  the largest water conservation project in the world. He recently released a book for this project with Jiazazhi press. He has just released a book under the same title, Going Home.

Muge was born and grew up in Chongqing, China. He graduated from Sichuan Normal University with a degree in Broadcasting and Television Directing, and worked as photographer, photo editor and lecturer after graduation. He has held solo exhibitions at Zen Photo Gallery in Tokyo and Anastasia Photo Gallery in New York and has participated in Rising Dragon: Contemporary Chinese Photography at the Katonah Museum of Art in New York. He was nominated for the Foam Paul Huf Award in 2011, selected as a Juror’s Pick for the 2012 Daylight Photo Awards, awarded the Dali International Photography Festival Photography Award and selected as First Edition 2012 Hey Hot Shot. His photographs have been featured in publications such as the New York Times, EYEMAZING, Le Monde, FOTO8 andChinese Photography.

In 2005, I went back home, back to my familiar land, the home furnishings remains constant year round: old sofa fell in the shadow, plastic flowers beside my window had been covered with dust, the wall decorations suddenly have a kind of sad poetry. Home hides the reality of being ignored in the flow of time, which remains silent, conservating the secret of life.

These images are on my home, on my way back home all along the water of Yangtze River, where as the conduct of the Three Gorges water conservancy project has undergone tremendous upheaval: lived here for generations of countless families were moved to the field, to unknown area, for the begin of an unknown life. 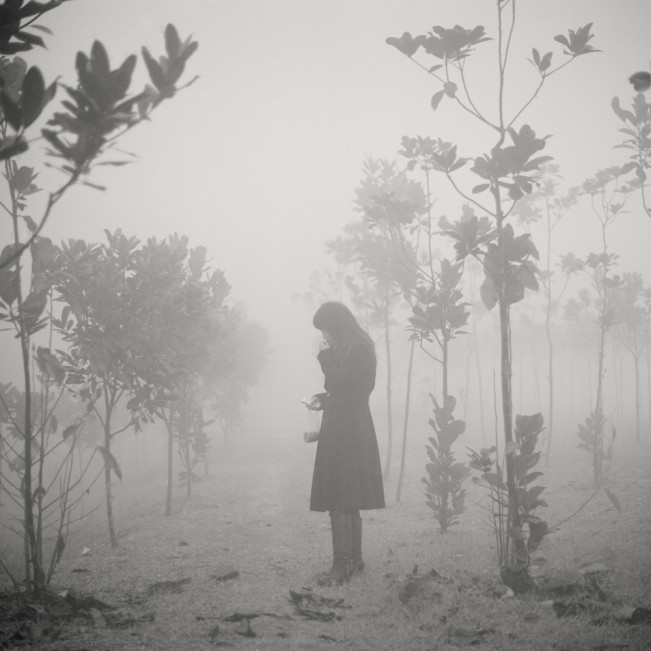 All along my way home, watching old cities those about to disappear, watching new cities those are under construction, in the ever rising water I can still feel the desparate life itself will shine bright sun, and the warmth of sun behind the young boy, in the wilderness I feel myself returning home; the faces come and go before my lens, their expressions are as silent as still life, which make me respect deeply. 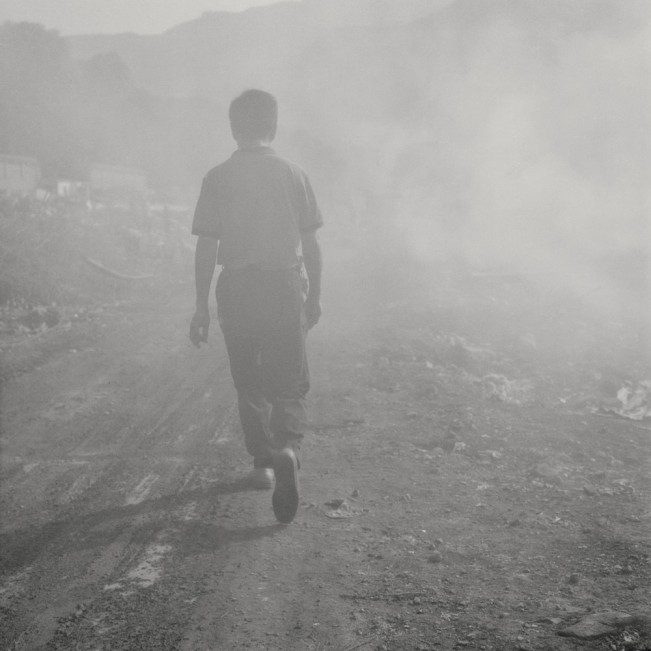 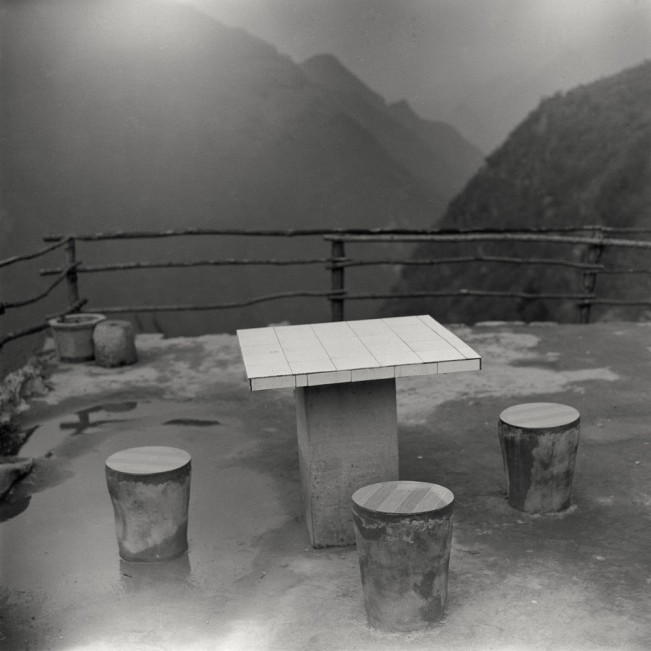 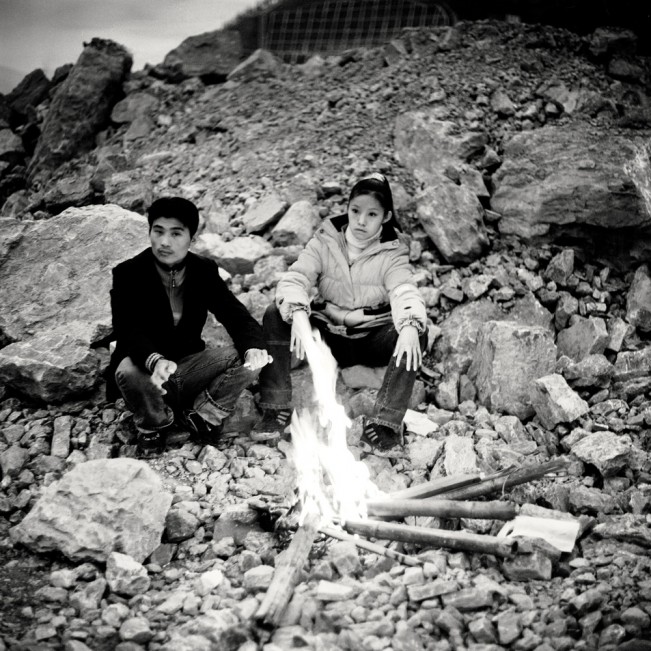 Heating of the husband and wife, 2006 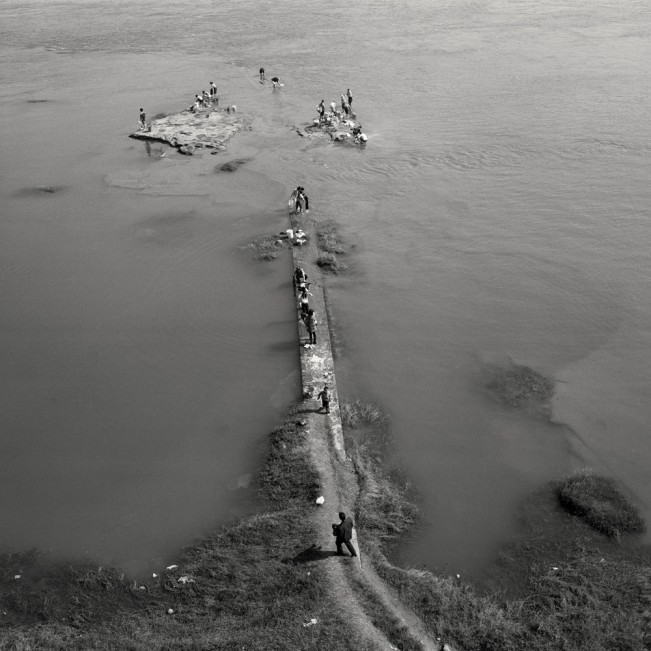 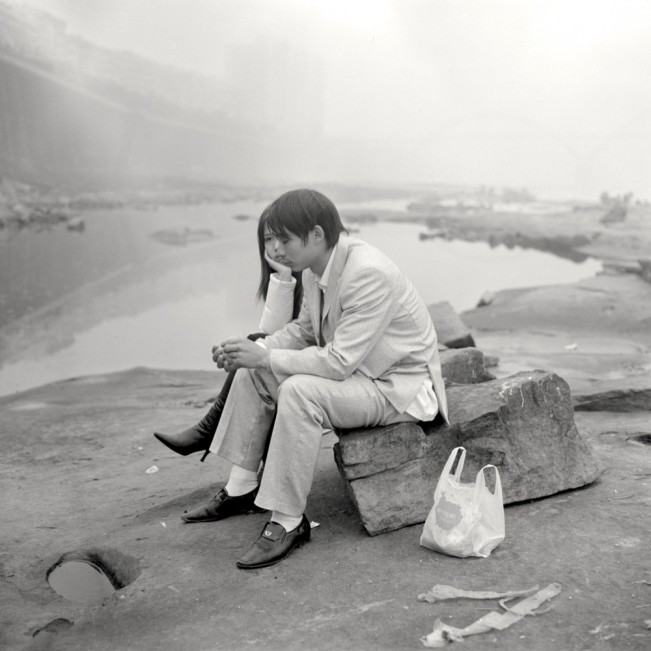 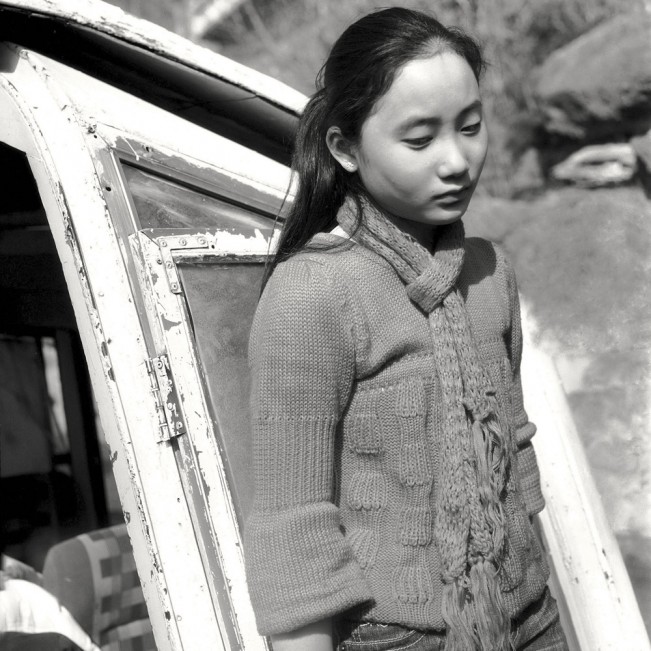 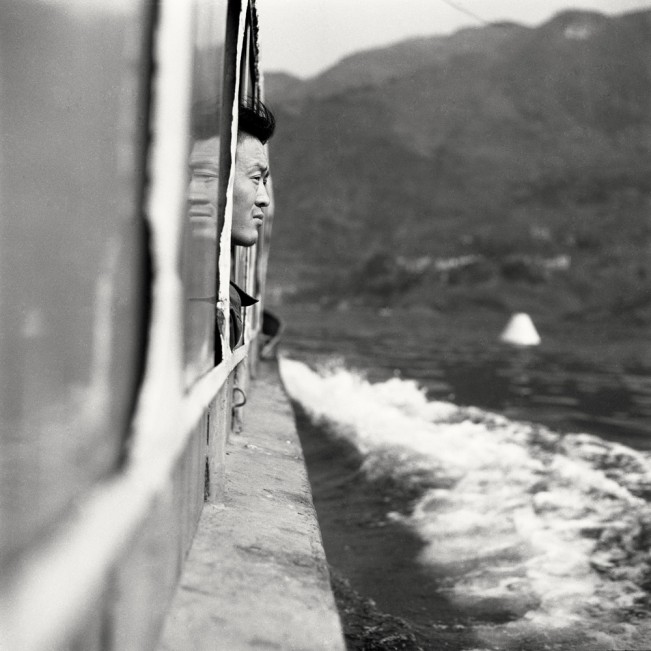 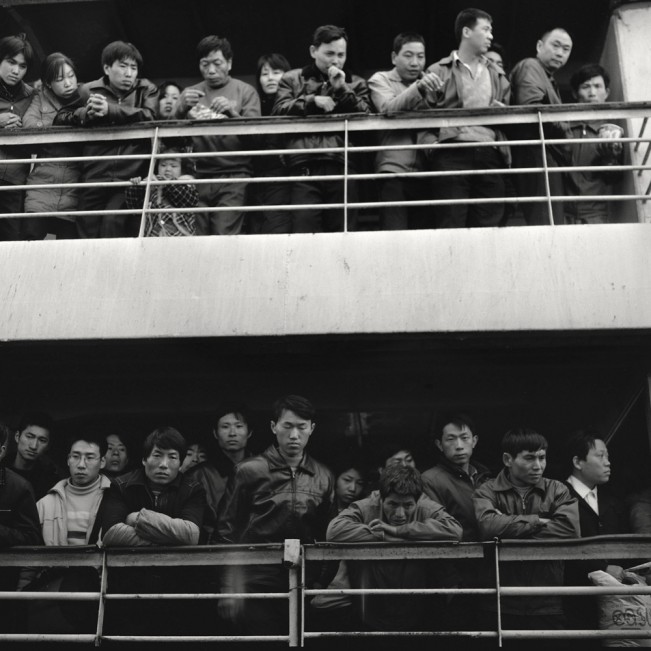 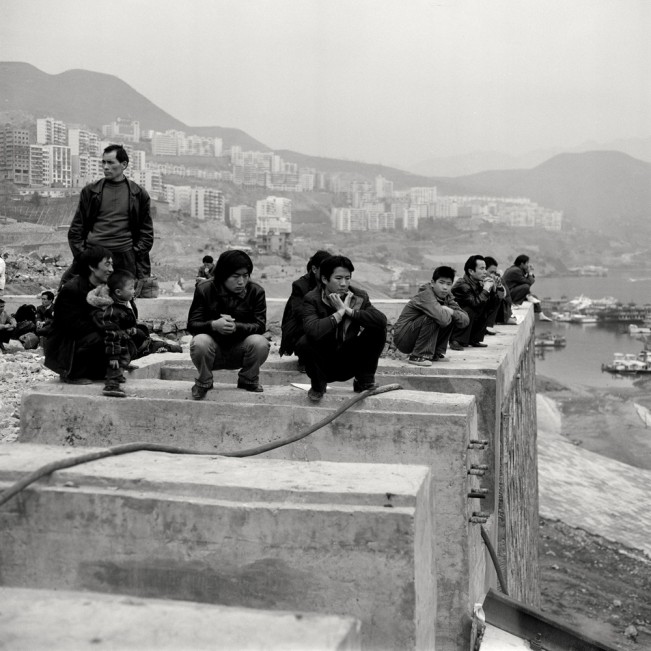 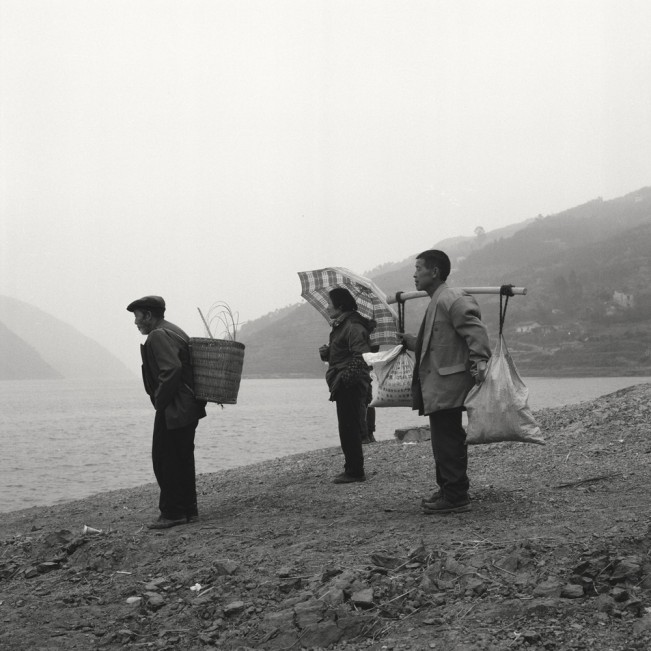 The villagers left their hometown, 2008 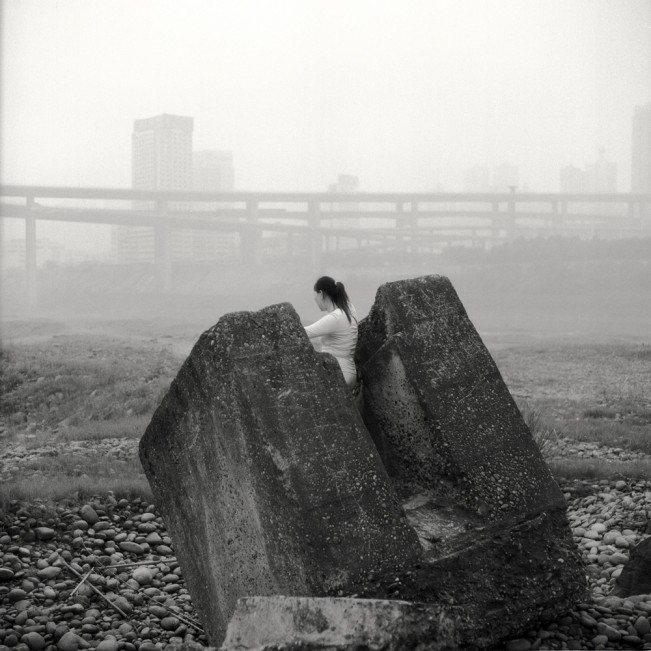 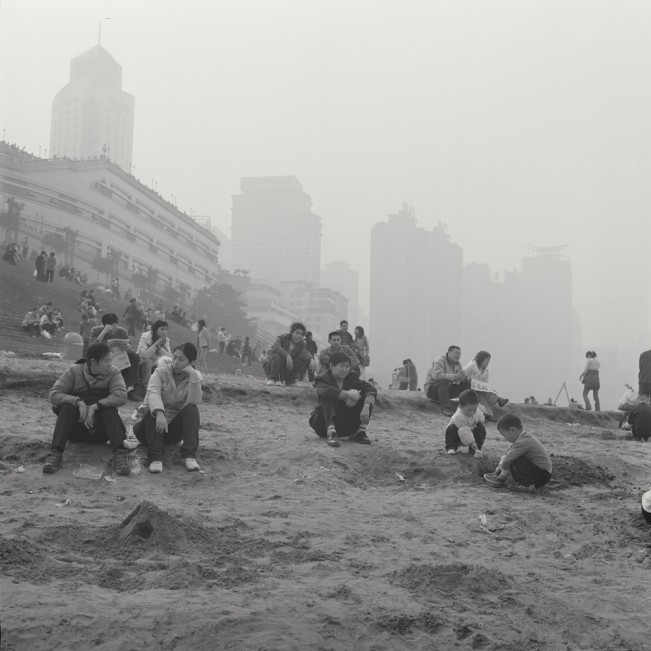 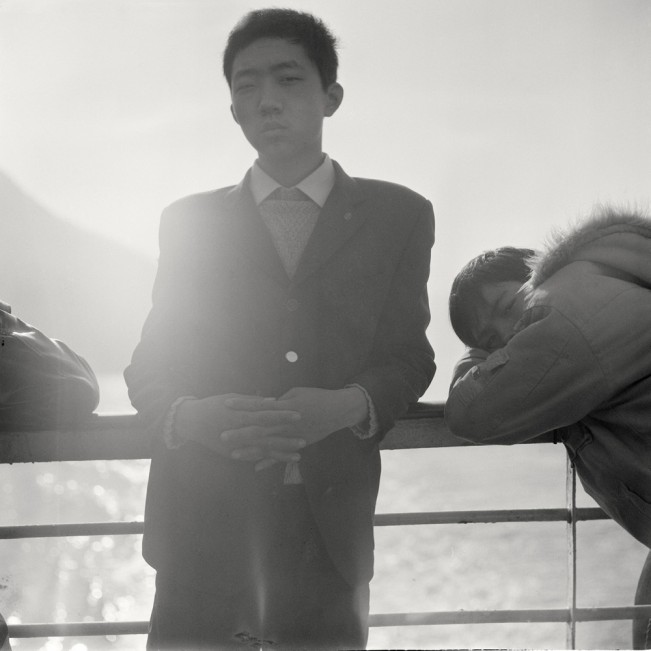 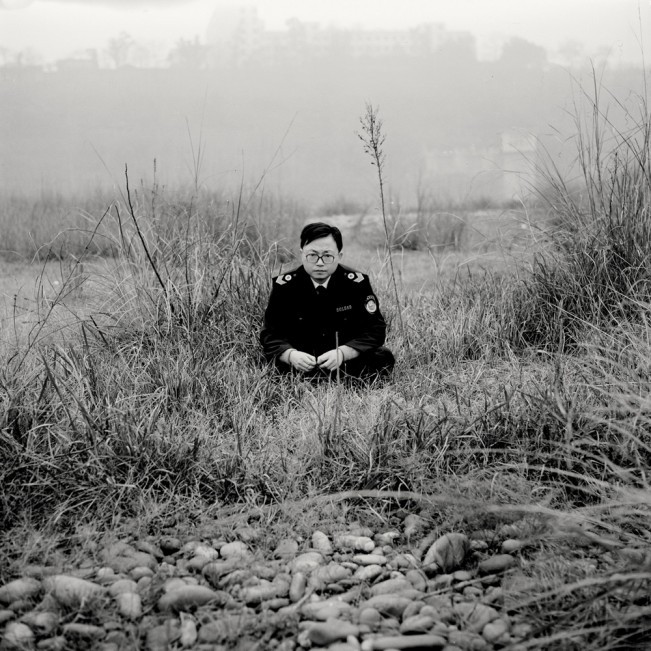