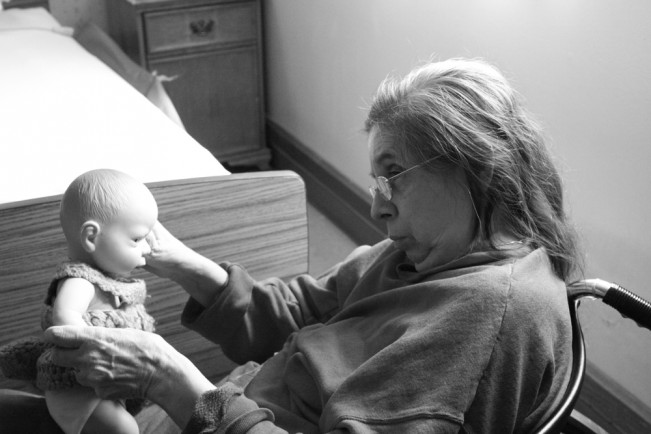 Photographer Hannah Kozak  has been a participant observer, documenting her mother’s almost lifetime confinement to a nursing home after a brutal beating by her second husband. Hannah won the 2014 Julia Margaret Cameron Award, 6th Edition, 1st Prize – single photo Documentary from her series on her mother, He Threw the Last Punch Too Hard.  Today’s feature is a continuation of that project, where Hannah focuses on the comfort objects that allow her mother to get through the day, nurturing and loving objects that stand in for the life she lost.  Hannah knows first had that photography has the power to heal and help us through difficult periods.  The camera allowed her a shield and a reason to capture and examine the difficult work of sorrow and sadness.

Hannah’s work is currently being featured at the 3rd Biennial in Málaga, Spain for the Julia Margaret Cameron Award where she received 1st prize for Female Photographer of the Year for her Nudes from Pain and Loneliness, exhibited at the Scott Nichols Gallery in San Francisco as part of the Women: Seeing and Being Seen show from September 4 – September 29, 2014 and featured in the #12 issue of The Editorial Magazine.

Hannah was born to a Polish father and a Guatemalan mother in Los Angeles, CA. At the age of ten, she was given a Kodak Brownie camera by her father, Sol, a survivor of the Nazi concentration camps and began instinctively capturing images of dogs, flowers, family and friends that felt honest and real.  As a teenager growing up in Los Angeles, Hannah would sneak onto movie lots and snap photos on the sets of Charlie’s Angels, Starsky and Hutch and Family, selling star images to movie magazines and discovering a world that was far from reality. 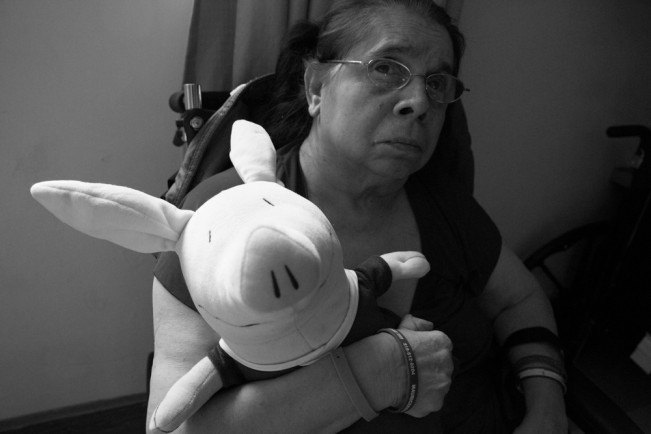 Her wanderlust and career in the film business afforded Hannah the opportunity to travel from Japan, Korea, Taiwan, Mexico, Guatemala and Peru to Egypt, Italy, Israel and India, capturing images of far away lands and exploring the innocence and truth found in the faces of children from around the world. Hannah has turned the camera on herself, her life and her world. She continues to look for those things that feel honest and real, using her camera as a means of exploring feelings and emotions. After decades of standing in for someone else, she now is in control of her destiny and vision. Hannah holds degrees in Spanish (B.A.) and Psychology (M.A.) 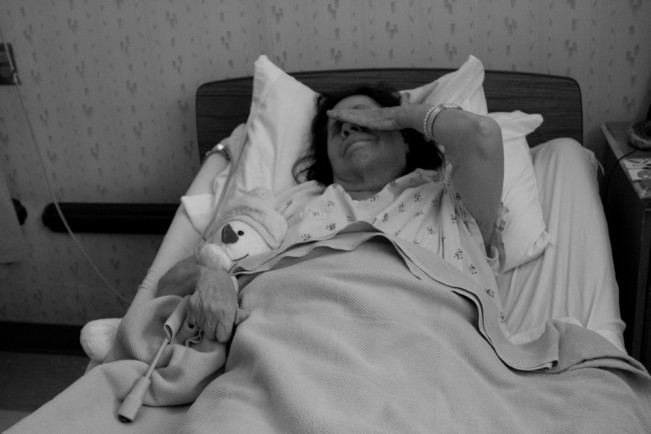 My mother’s birthday is around the corner, and I am ironing nametags onto the various stuffed animals I have chosen for her. They are her companions, keeping her company during the day and late at night.

These dolls bring my mother so much comfort. She is in a wheelchair. Brain damaged from her second husband’s abuse. She cannot pick up the phone when she is feeling lonely to hear a familiar voice. Or take a walk in the neighborhood, listening to birds singing. Reading a book isn’t an option. She can’t reach out for a dog or cat to pet. Yet she manages to smile at the littlest things, like her dolls. The comforting essence of a thing is its little god. Small reassuring beings, friends in quiet moments. 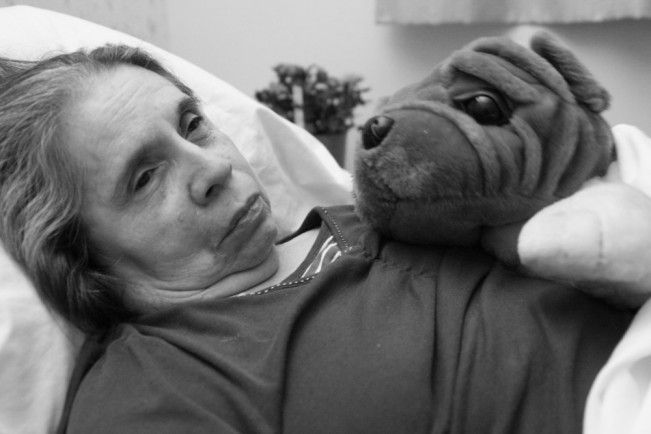 She needs a change, like we all eventually need change. Monotony isn’t good for the soul. I have tried to move her. I was told she would be high priority at The Jewish Home For the Aged, especially because we are family of a Holocaust survivor. We were told she would go to the top of the waiting list. But, one belt across the lap, holding her tight to her wheelchair is necessary for her safety, but against the rules there. I have always said rules are made to be broken. I was promised a room last month in a private home but the day before she was supposed to move in, her room was given to someone else. I’m looking into other options. We both still have hope.  My mother and her dolls. 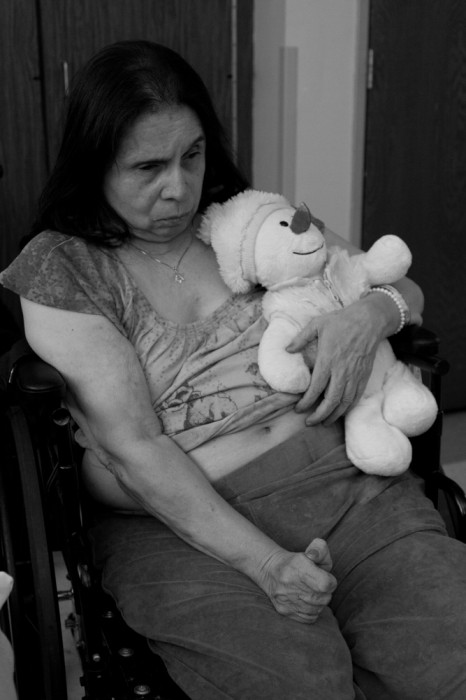 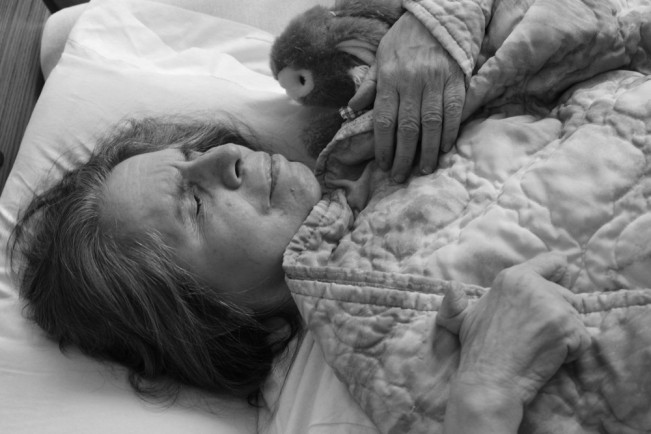 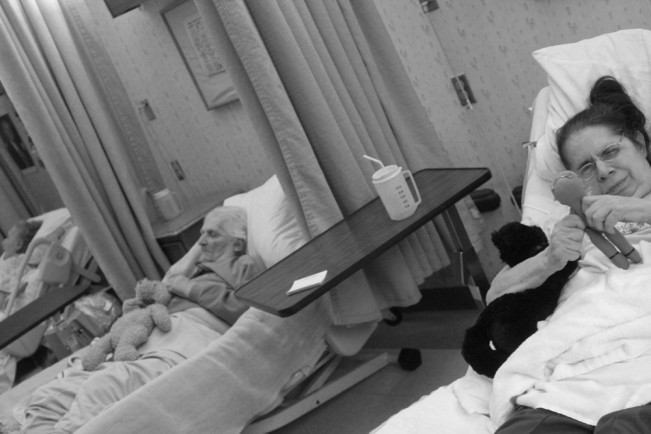 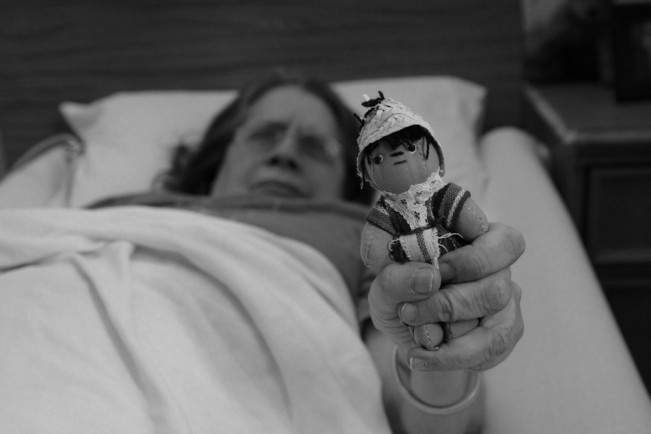 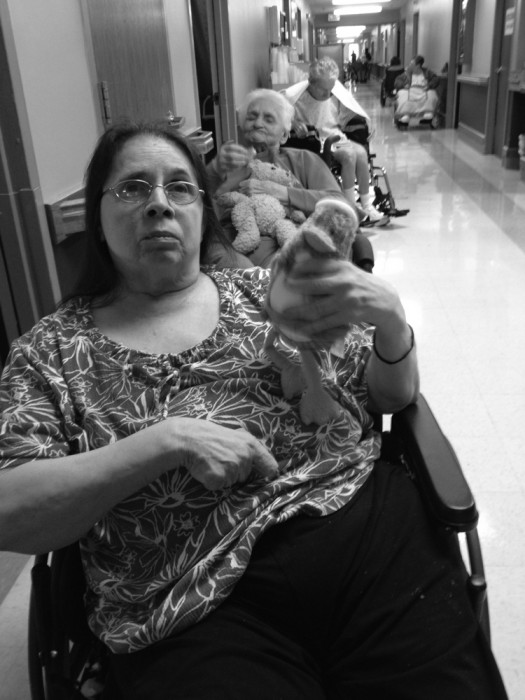 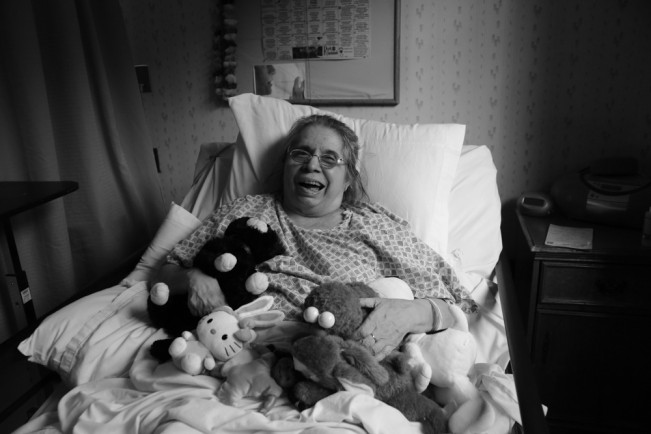 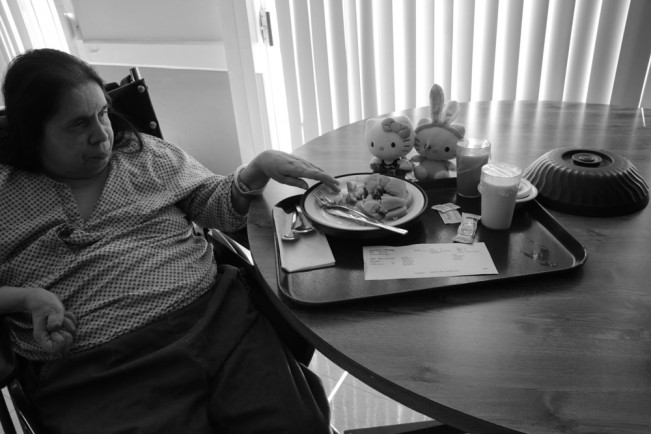 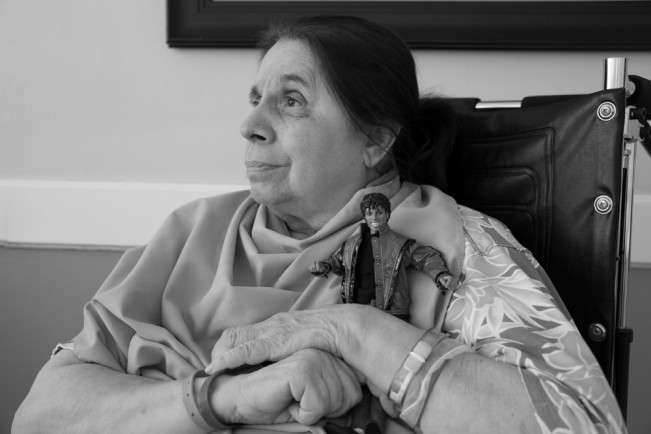 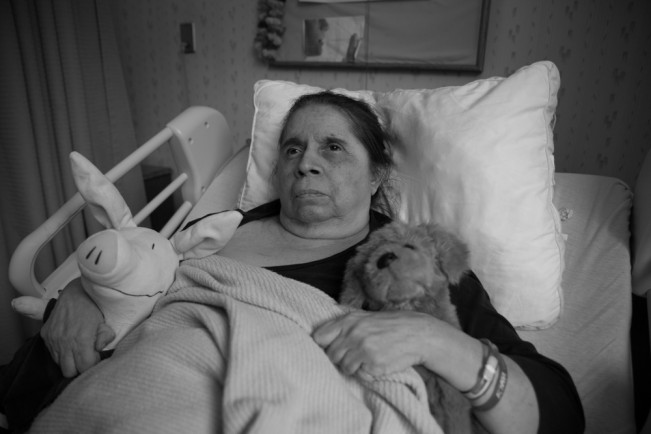 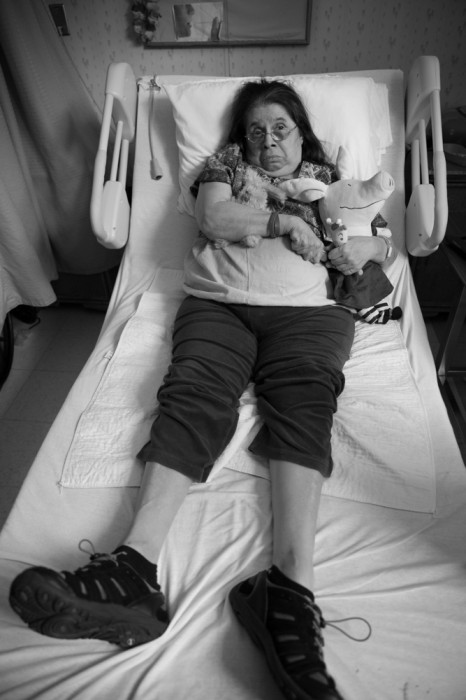 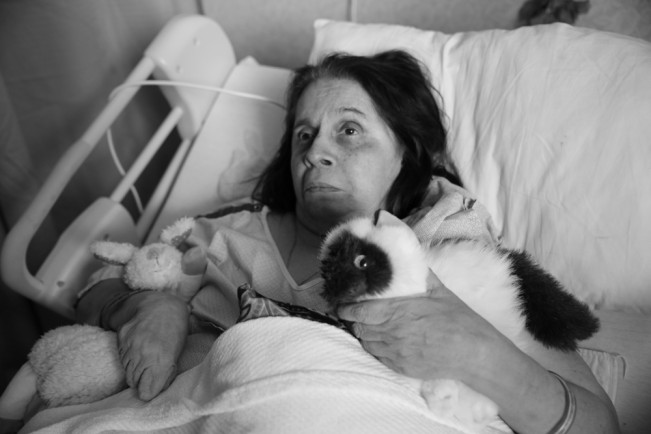