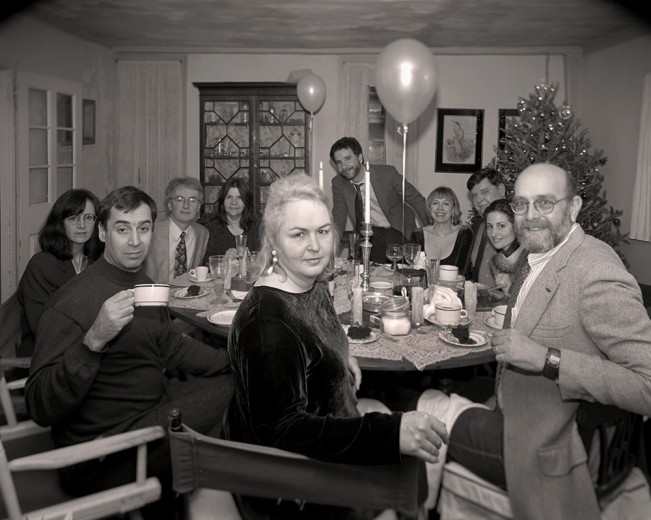 In preparation for tomorrow’s feasting, I thought Stephen DiRado’s project, Dinner Series, was a perfect way to ease ourselves into groaning chairs around the dining table filled with family, friends, turkey, angst, celebration, depression, pumpkin pie, familial relationships, too much alcohol, conversation, catching up, and football. Stephen has spent close to 30 years capturing dinner table moments that are a wonderful documentation of all of the above. 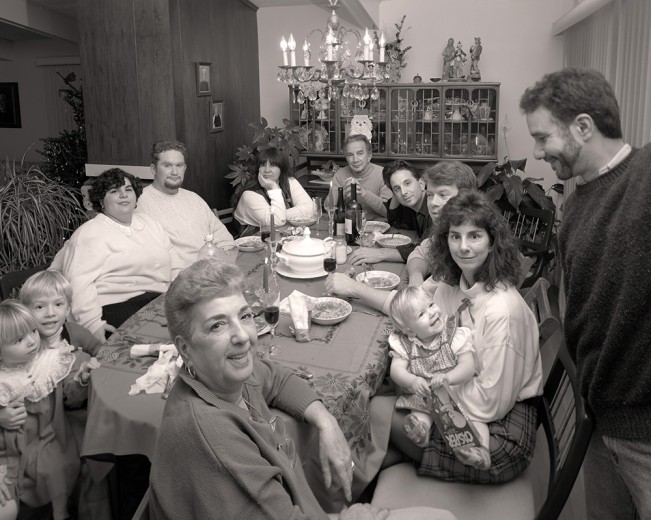 Ever since I was a teen, my tripod mounted camera has been present at dinners. Growing up in an environment that revolves around food with family and friends, the table is a central and essential part of my life. Many decades back I was inspired to record details of a variety of table settings, illustrate foods served and formally capture every face, (including my own) present around it. Eventually my interest started to encompass the ever changing dynamics of the drama that takes place at most dinners. From the camera’s point of view, once afar, is now welcomed to the table as a participant. 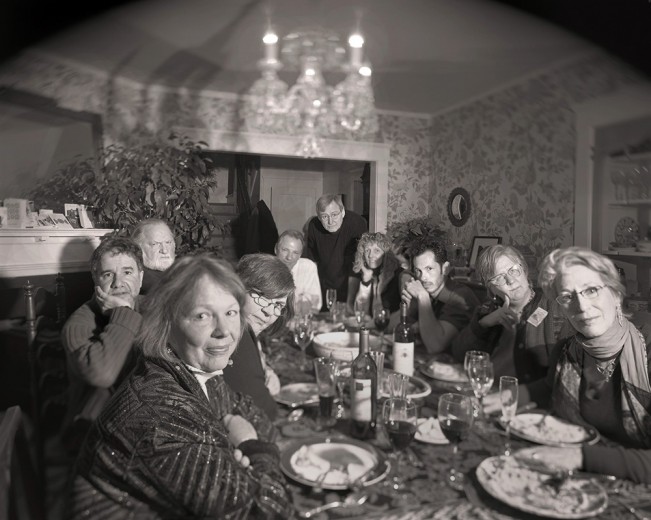 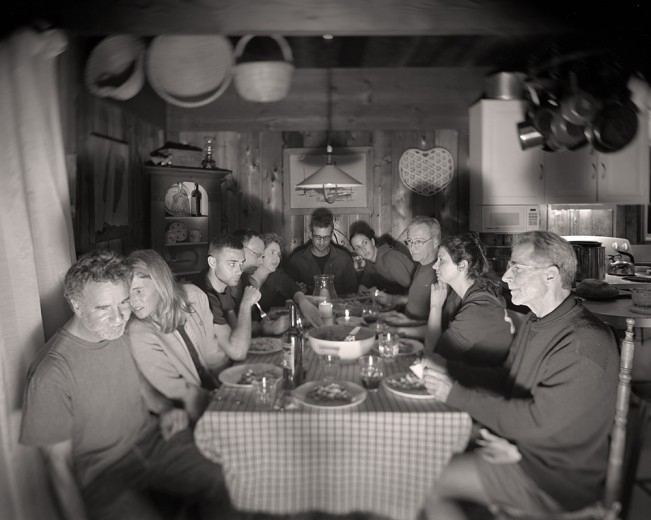 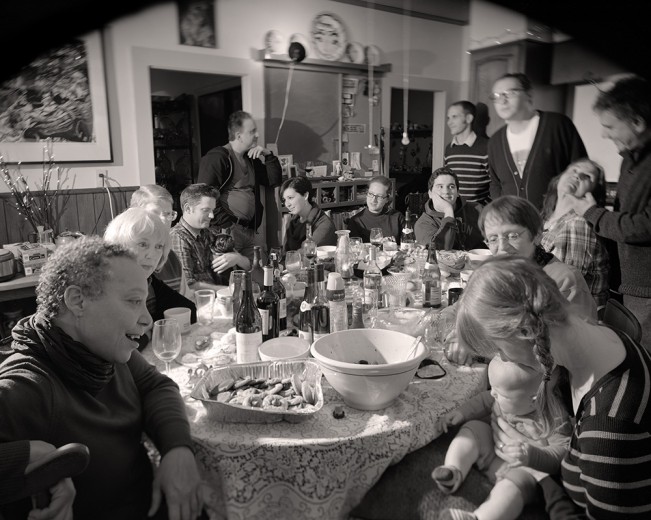 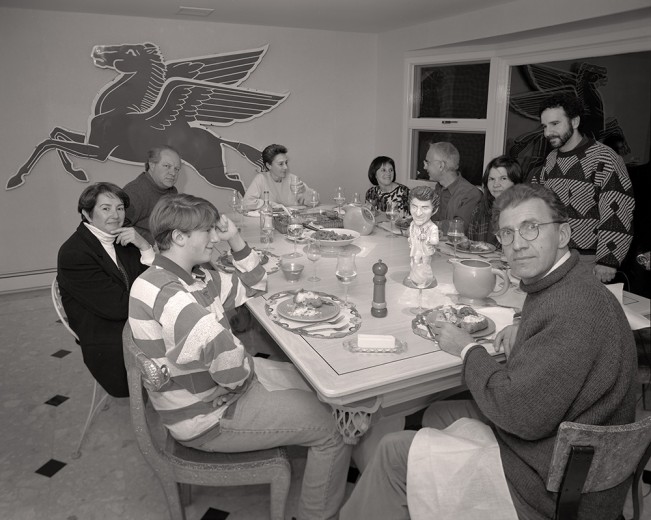 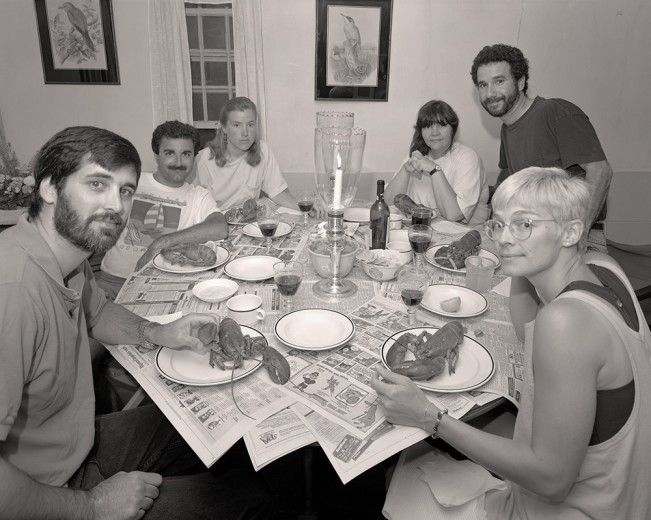 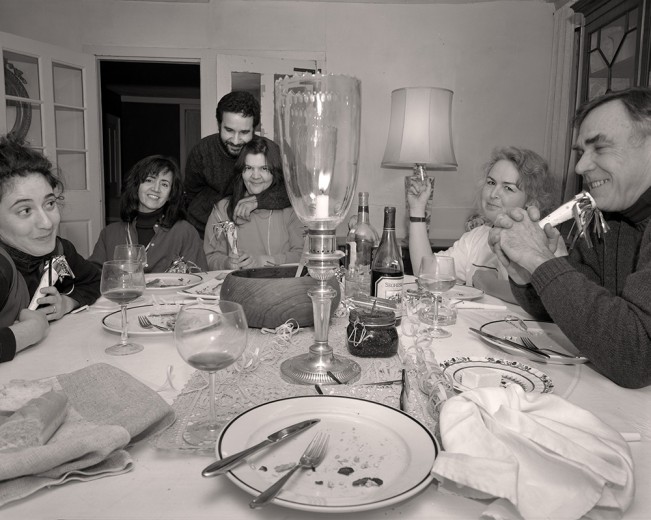 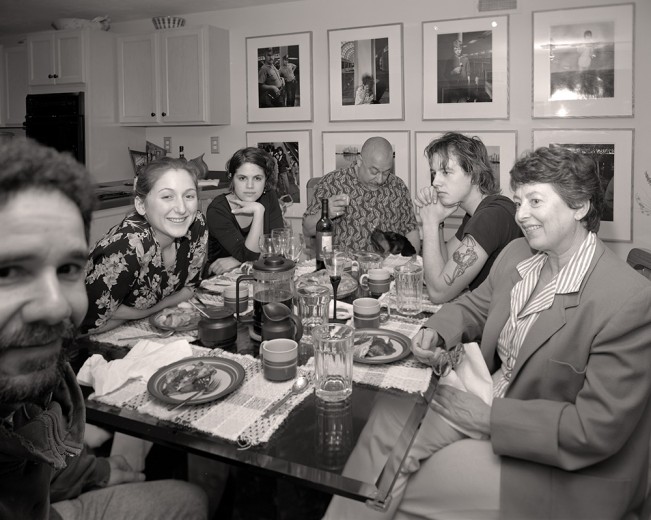 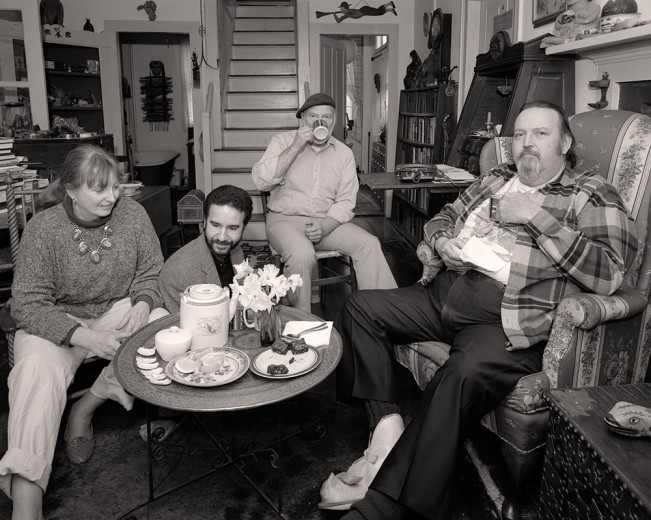 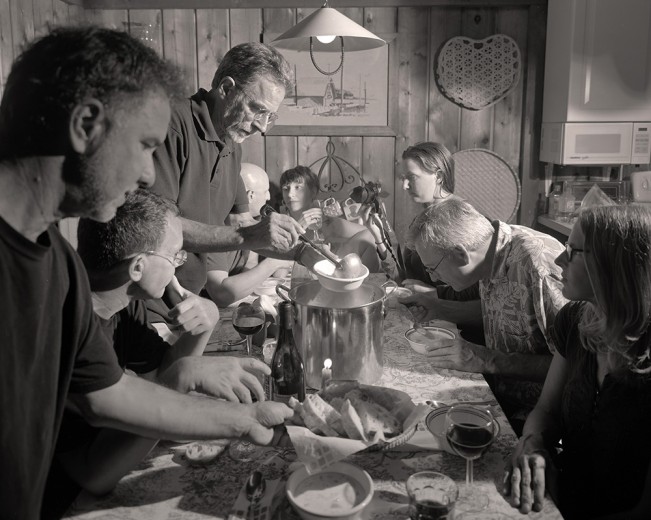 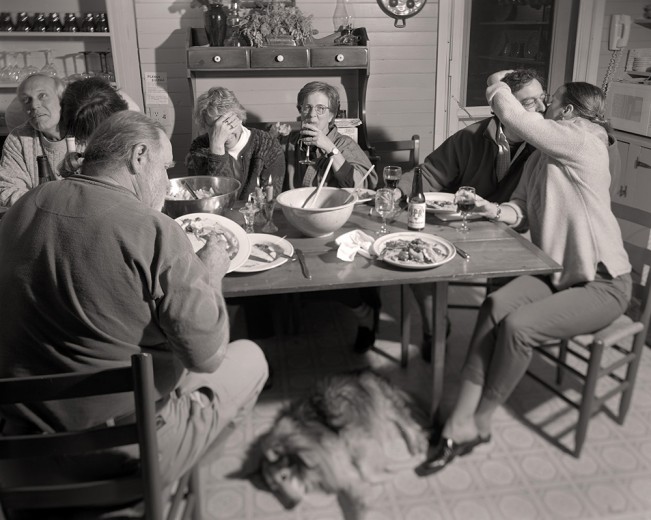 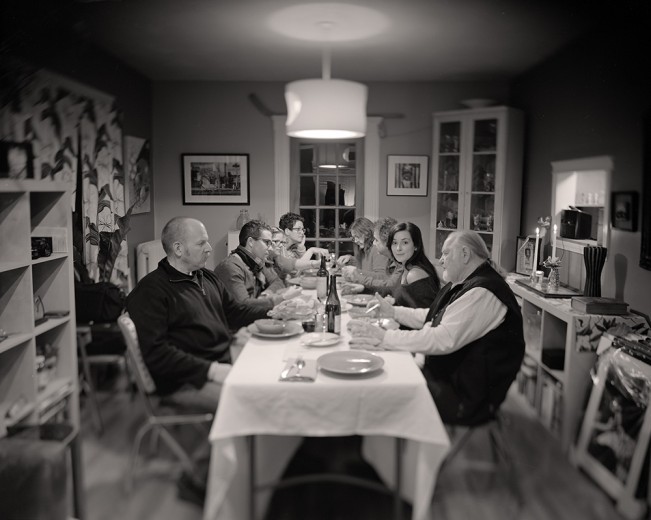 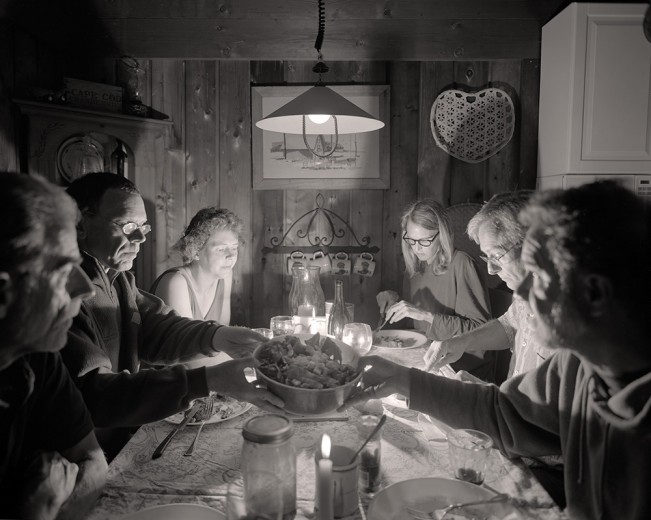 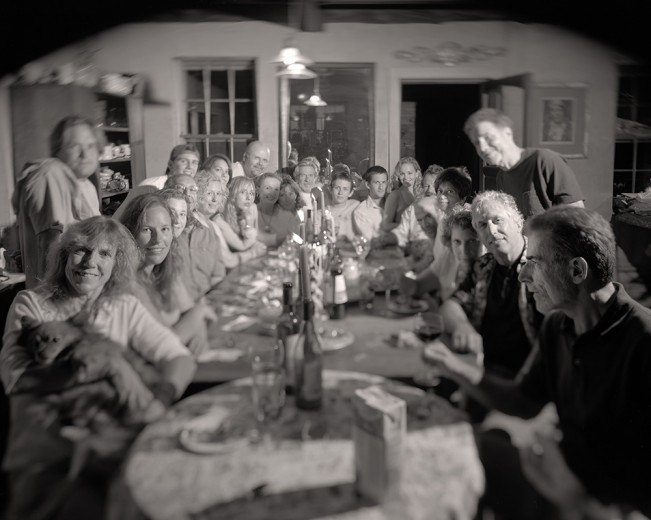 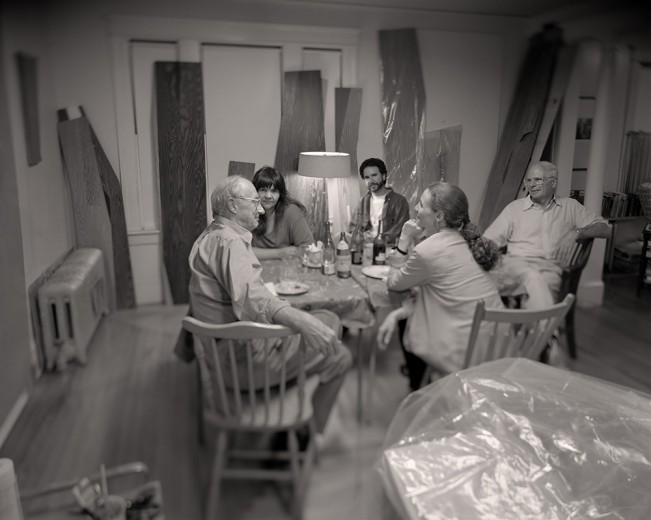 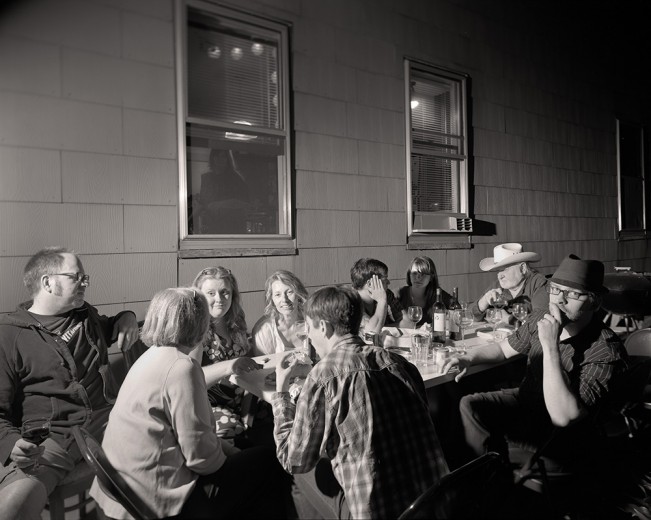 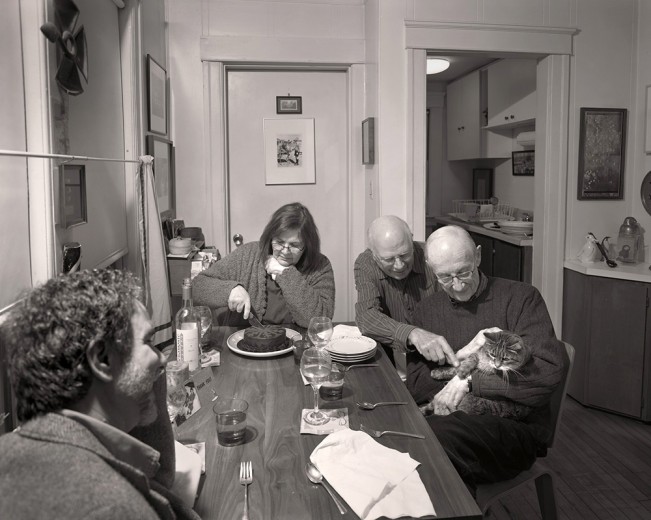 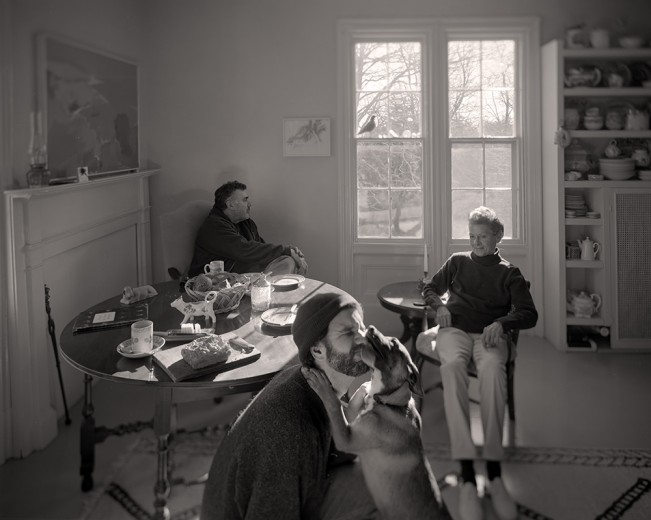 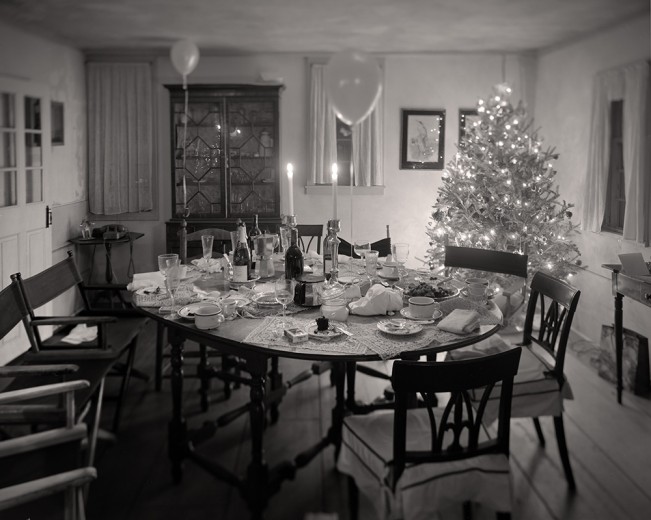