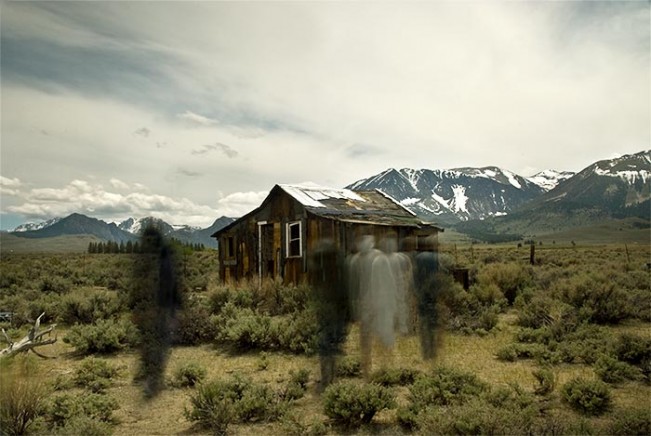 Los Angeles photographer Rina Shapira has been driving Highway 395 for many years – it’s a significant stretch of California that borders the Sierra Nevada mountains. Highway 395 traverses a part of California that has seen better days, dotted with homes possibly built during the gold rush or in times of more prosperity. Today, these abandoned structures are becoming one with the landscape, and as Rina notes, they are also filled with the ghosts of California history. And it’s those ghosts that her constructed realities examine.

Rina was born in Hungary to Holocaust survivors, grew up in Israel, and has been living in Los Angeles for more than half her life. In things every-day or artistic, her sensibilities are a composite of a good measure of sweet Hungarian paprika, a dash of Israeli chutzpah, and a healthy dose of American political correctness.

She earned a graduate degree in linguistics from UCLA, focusing on the study of the universal, abstract elements of language, which single out humans as the speaking species. Being too esoteric to make a living, she took a random, yet available job in advertising. It turned into her professional career as Media Director, and lasted over 2 decades. Rina lived her life raising 3 boys, working long hours, and spending weekends at swim meets and soccer games, and summer vacations camping and backpacking. She retired early, in search of a deeper meaning for her life, which she found at the Museum of Tolerance as a docent and an educational facilitator. With more time for play, she traded her analog camera for a digital point and shoot, attempting to rekindle an old flame.

The camera was Rina’s on-again off-again companion since her early teens. She was the designated documentarian of her youth group, her friends, and later her family. Her early inspiration came from photographers such as Ansel Adams, Edward Weston, Galen Rowell.

Rina turned a corner in her photographic vision when she saw the works of Eddie Soloway. She upgraded her point-and-shoot camera to a DSLR, and went out to the world with new eyes and a new intention to pursue photography seriously. Her efforts produced work that was exhibited in a number of shows in various Los Angeles galleries. 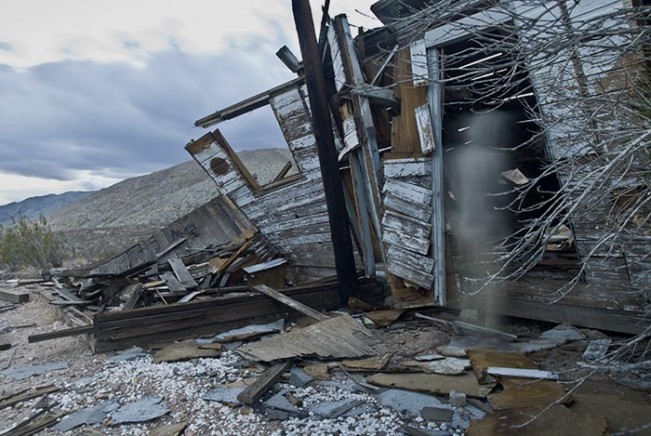 In the photographic series “The Ghosts of 395” I document abandoned dwellings along California State Route 395 and its access route from Los Angeles – Route 14, and bring back the spirits of their long-gone inhabitants.

I have been traveling the Eastern route from Los Angeles to the Sierra Nevada’s since the mid 70s. In my haste to reach one destination or another to the North, I whiz through the desolate Mojave Desert and the dry Owens River Valley, and the handful of established towns hugging the highway. I also zoom past old, abandoned and dilapidated dwellings strewn on and off the road, evidence to attempts of enterprising individuals or hardy adventurers to set roots in this unforgiving land.

Without fail, one of us fellow travelers would chime into the hum of the tires on the road: “Who in their right mind put up a home in this parched wilderness? Where did they come from? Why? When? And what made them leave?” These questions would hang unanswered in the void of our speeding car.

On a recent trip, I chose to stop at one of these abandoned structures, give a little attention to a piece of human history, and let my imagination re-create the past. Approaching the crumbling building evoked a feeling one gets walking in a cemetery, like stepping into a realm of untold stories, of whispering ghosts. Fragments of past lives littered the grounds, old cans, wires, shards of broken bottles of long ago, a doll’s arm; few clues of a life that was.

Each time I travel this route I dedicate myself to revive another story. 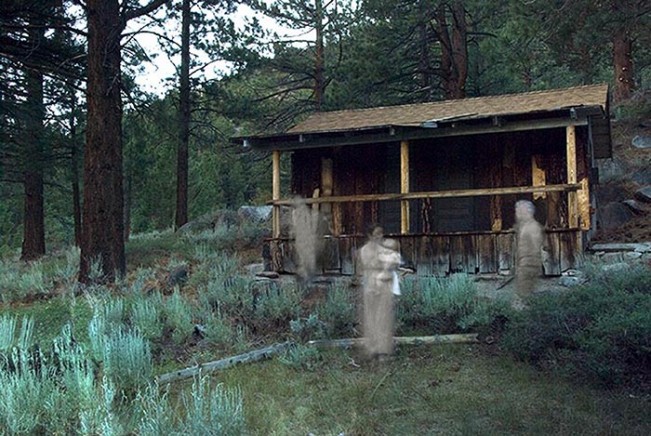 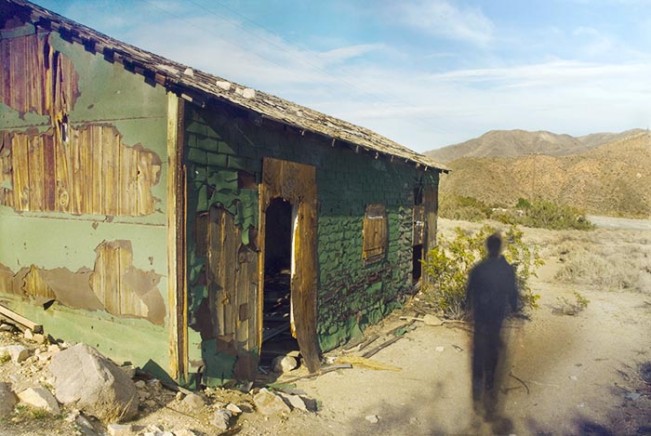 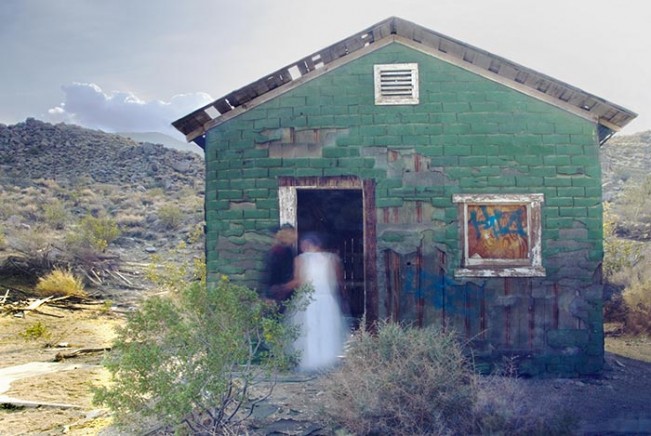 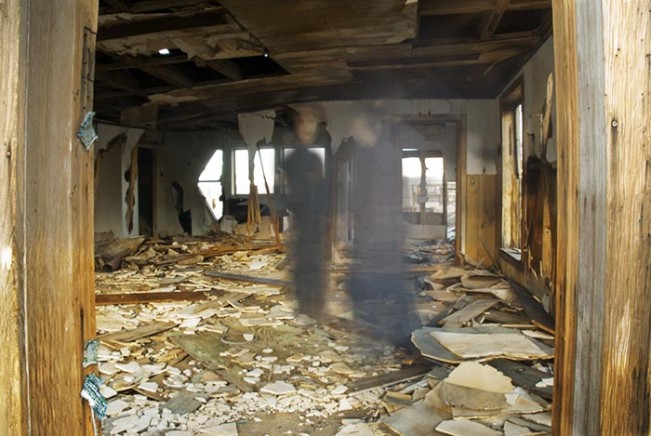 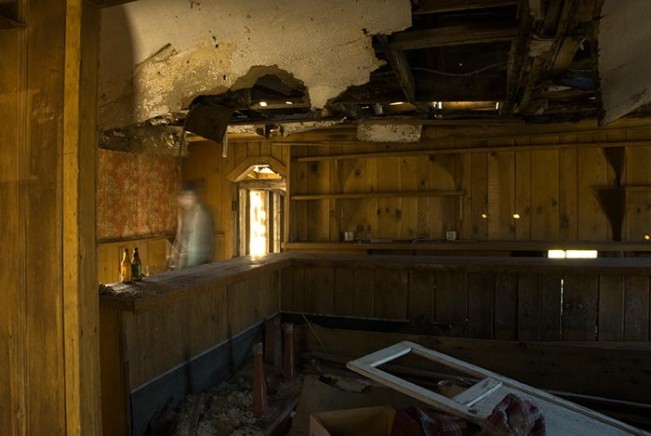 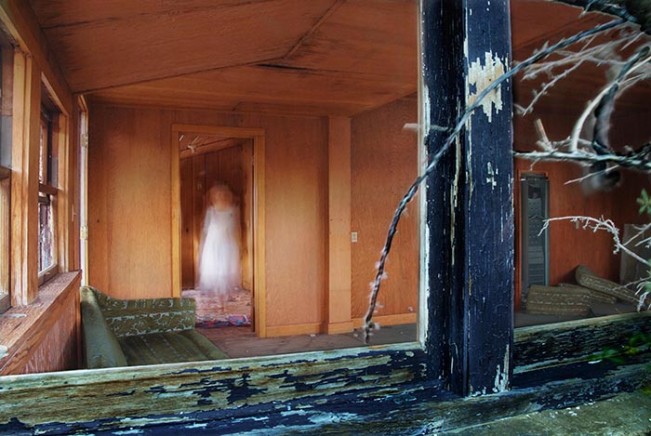 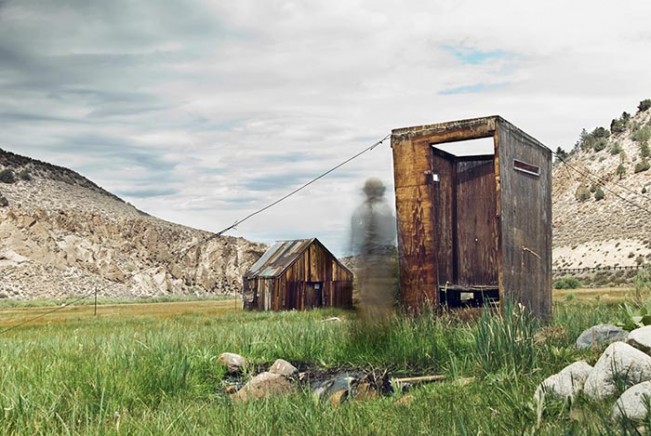 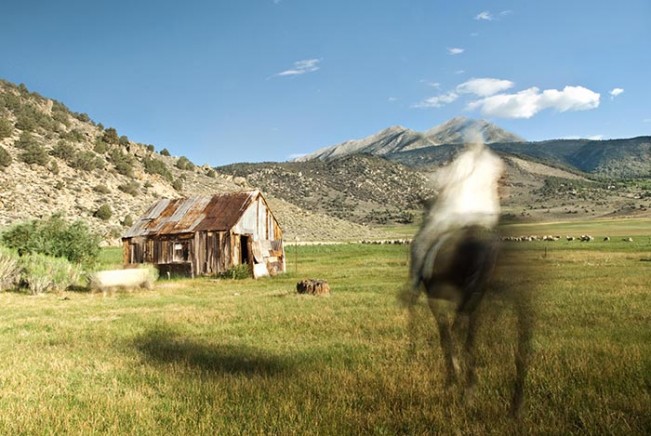 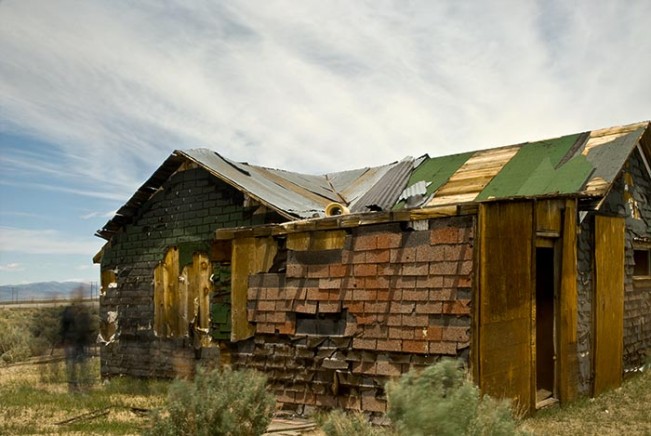 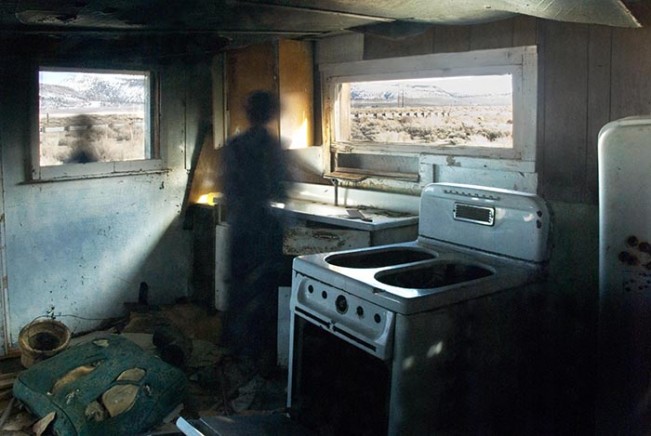 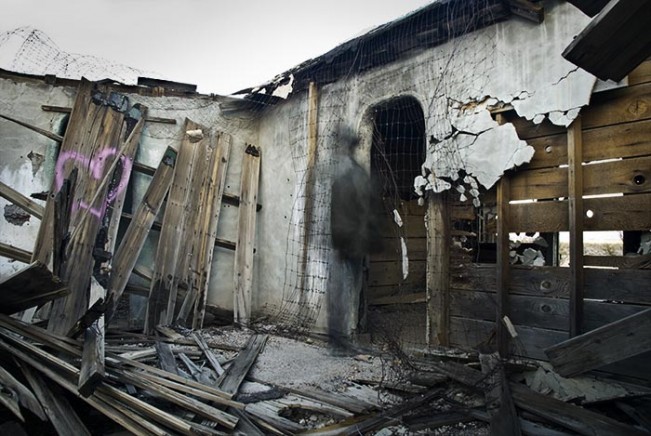 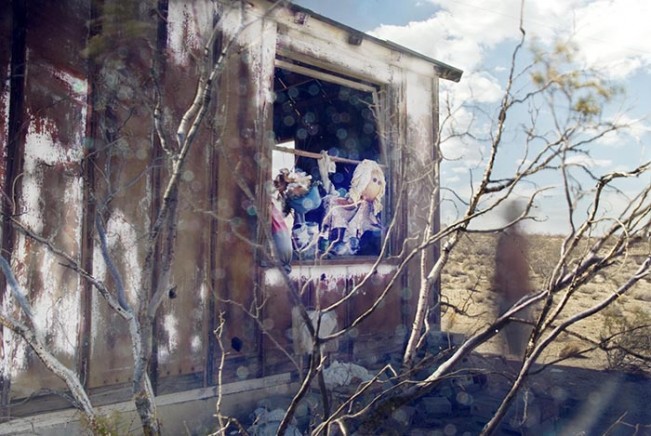