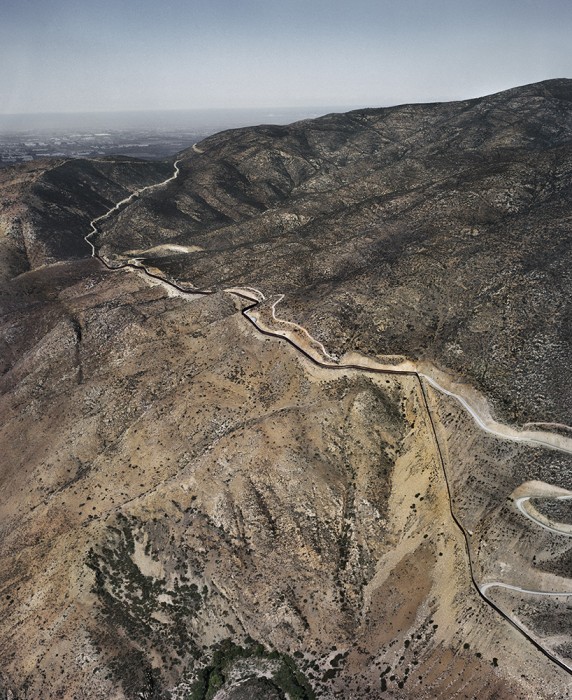 Congratulations to Pablo Lopez Luz for his Project Launch Juror’s Award from CENTER.  His project, Frontera explores the landscape of the México – US border, along with the natural, social and political implications of this territorial divide.

Anne M. Lyden, International Photography Curator, National Galleries of Scotland selected his work for this award: “Sticking with this theme of international boundaries I chose Frontera by Pablo Lopez Luz for the Juror’s Choice as his work continued to resonate with me long after I had finished viewing it. The México-US border is invariably presented as a cultural and political divide separating two very different countries and yet, seeing it from the air as we do in Luz’s work we are presented with a seemingly uniform landscape. He offers a novel way of considering this boundary and all that it symbolizes and in so doing, creates a new visual discourse on this age-old territorial border.

Both Dümig and Luz clearly articulated their projects through their images and statements. Overall, having statements accompany the submissions was extremely insightful, helping to further reveal the personal vision of the photographer or exposing those that were lacking in vision and whose work was derivative. The images that caught my attention and advanced through the process did not touch on generic themes or popular tropes; they explored new subjects or engaged in fresh ways of looking at familiar subjects. As fearful as I was to look at so many images at once, it was a remarkable exercise in seeing what is happening in contemporary photography today. I thank all the participating photographers and CENTER for the experience.” 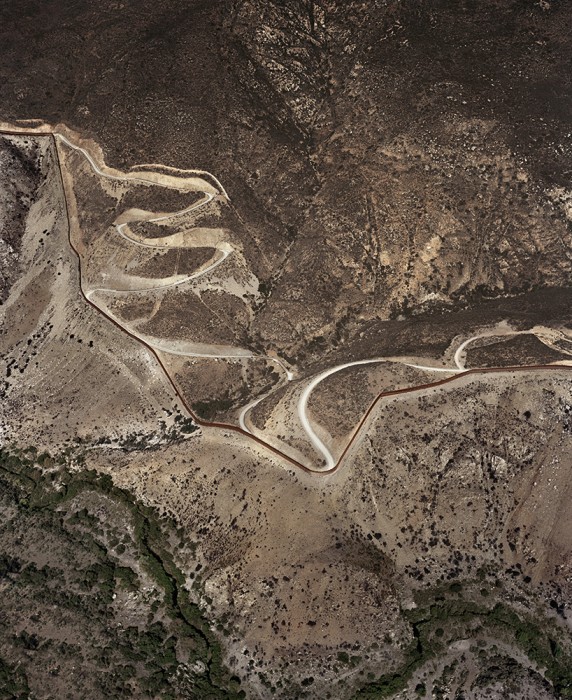 Throughout the latter part of the twentieth century up until today, international borders have become an area of conflict, plagued by issues ranging from illegal migration, trafficking, drug smuggling, consumption of narcotics, violence, prostitution, gambling, economic disparity etc. The social incongruity brought about by this division has resulted in a single-themed, monologue on the subject, focused primarily on the differences between the two countries and the conflict born from these differences. However, there is no dialogue focused on the original design, and the reasons behind this landmark, that intends to separate two communities. 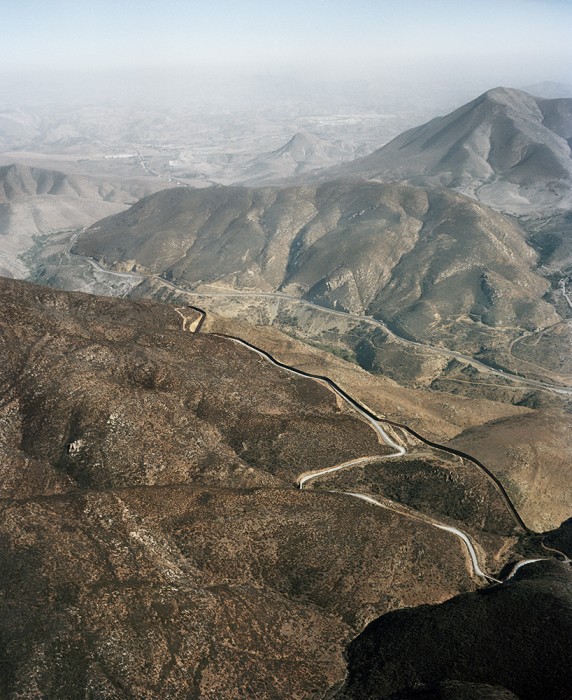 The Frontera project proposes a different approach, and one that can lead to a new interpretation of the Mexico – US territorial border. Its purpose is to generate an alternative visual discourse that can challenge the dominant narrative of the Mexico-US border, and open up a new visual dialogue that points to a common ground and collective self-understanding Frontera reinterprets the notion of the border, stripping it to its bare minimum and drawing attention to the physicality of the landscape itself, which acts as the primary imposition that precedes the political and social discourse. Through a series of aerial photographs, the border will appear as a scar in the topography of the region, a barrier inscribed in nature, whose imposing conditions are then determined by man. The project is still in progress but very close to its completion. Two helicopter flights have been carried out so far, and one last flight is pending in order to shoot the last series of photographs concentrating on the three border crossings from Tijuana City to San Diego. The Project Launch award would cover the costs for this final stage of the project. 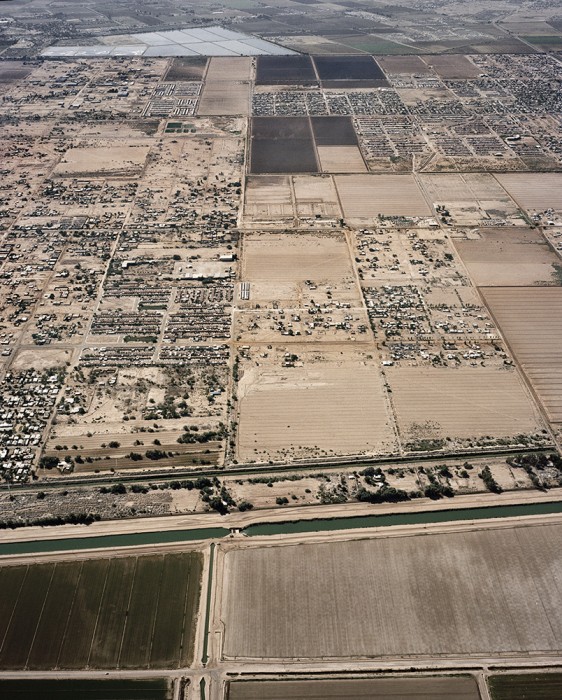 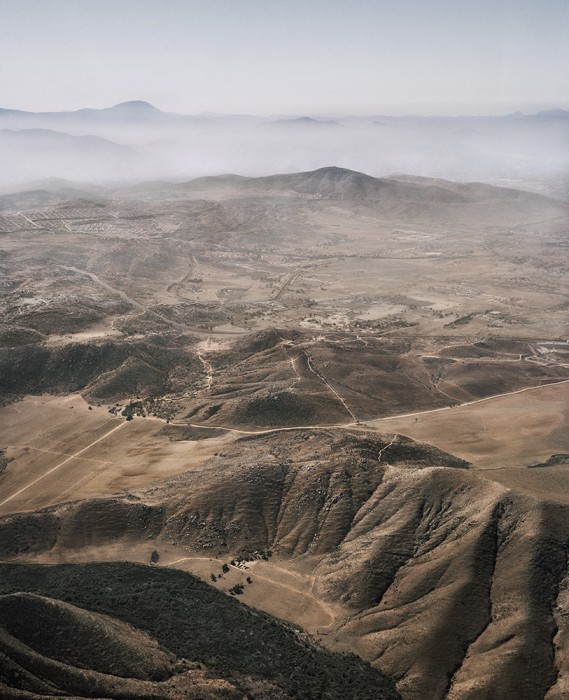 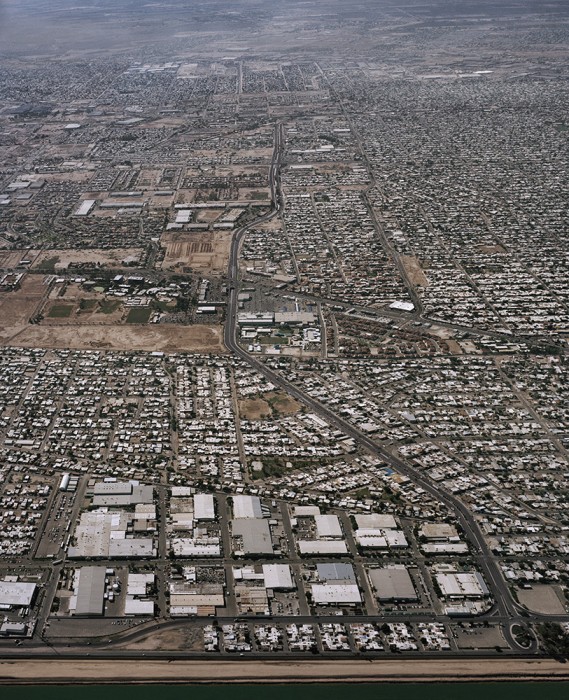 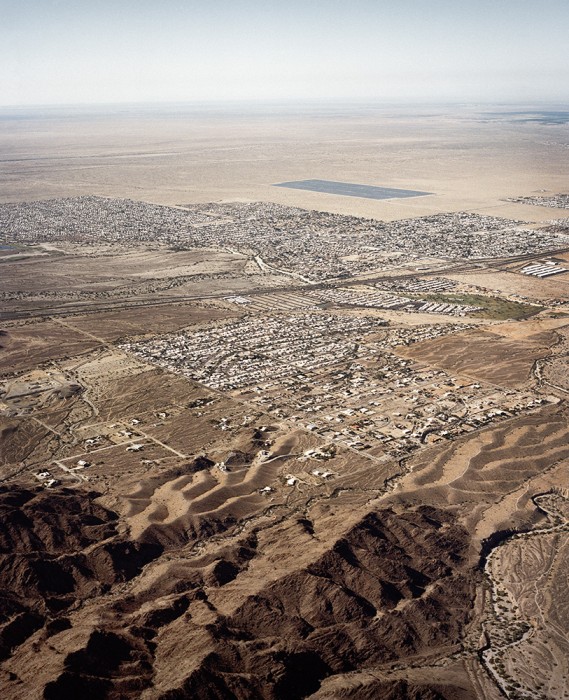 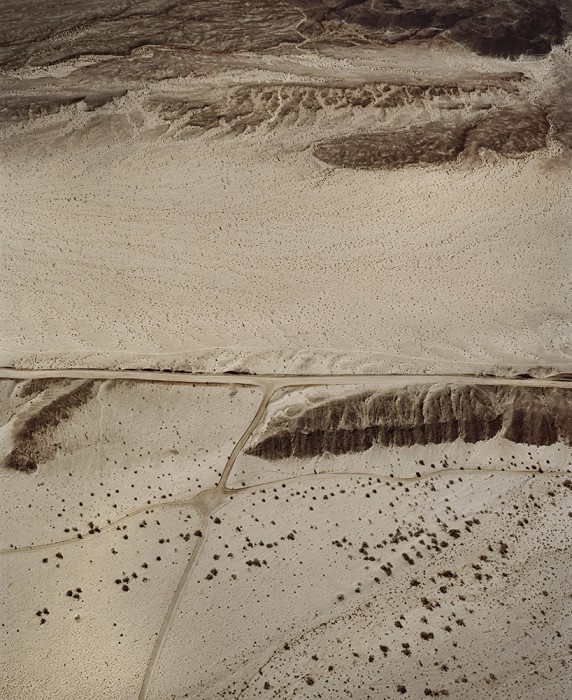 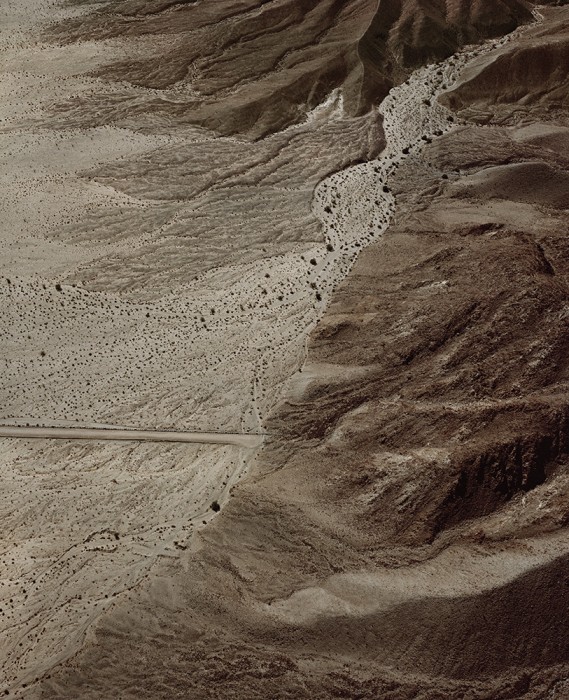 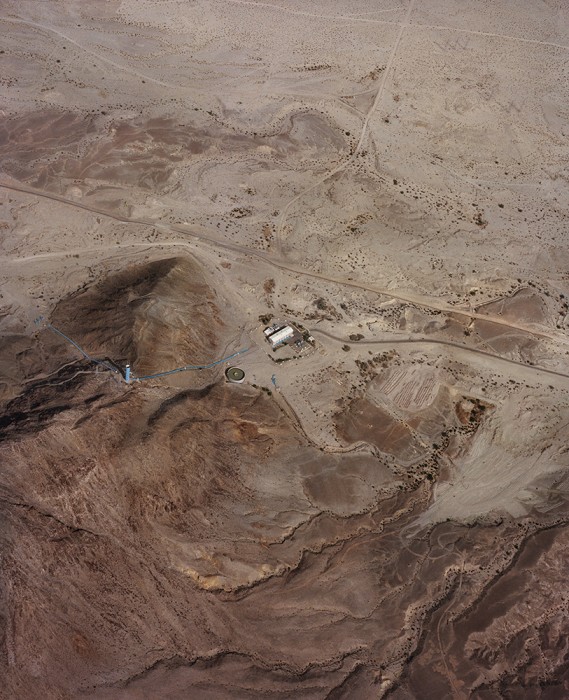 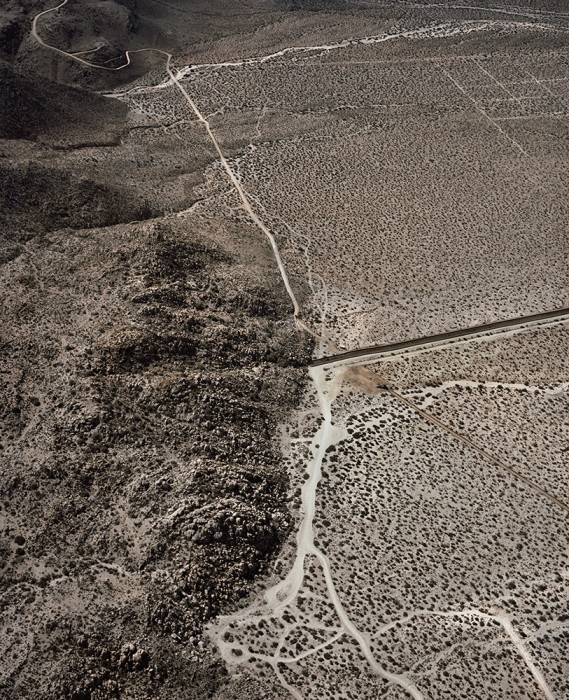 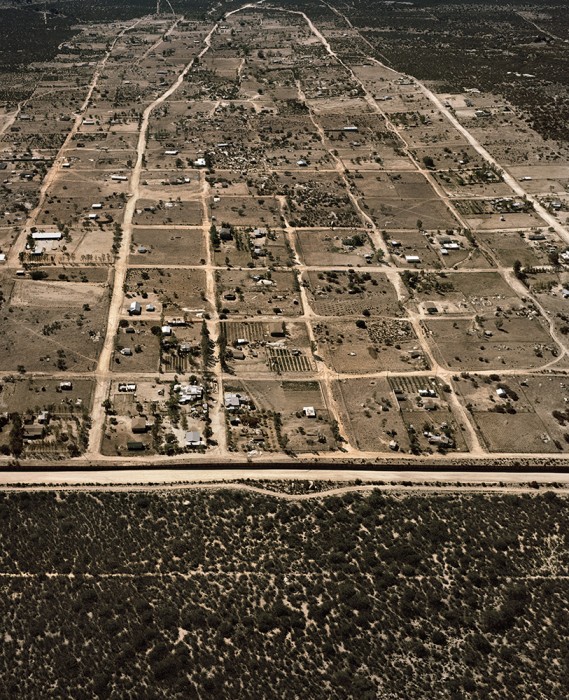 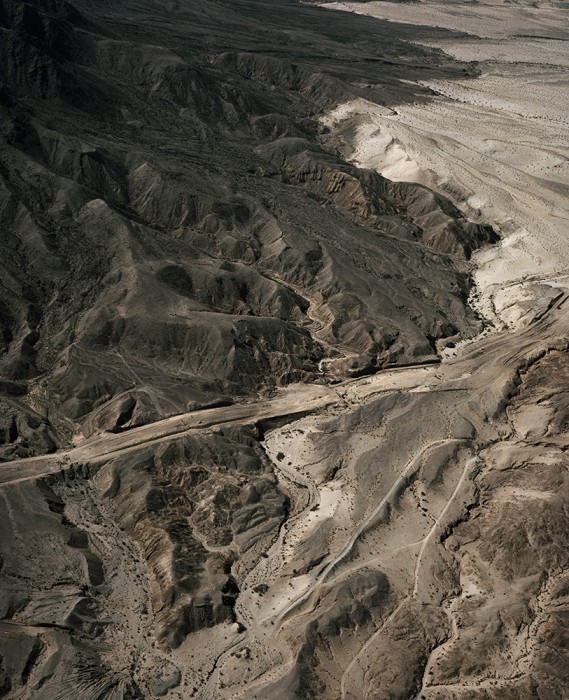 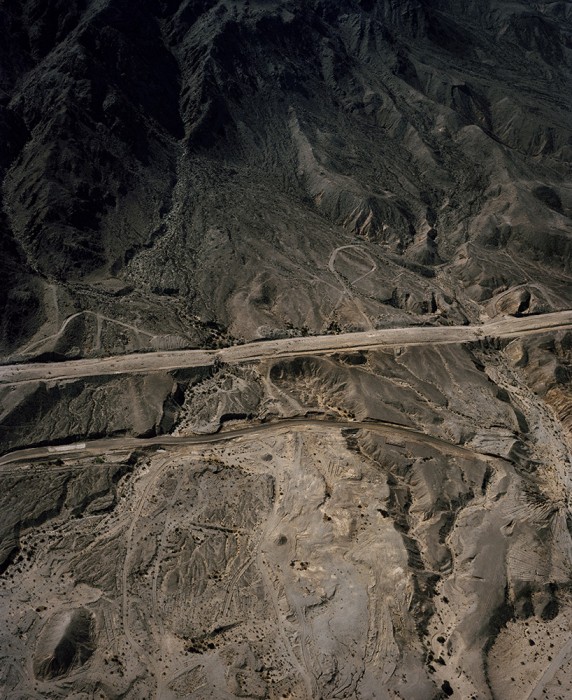 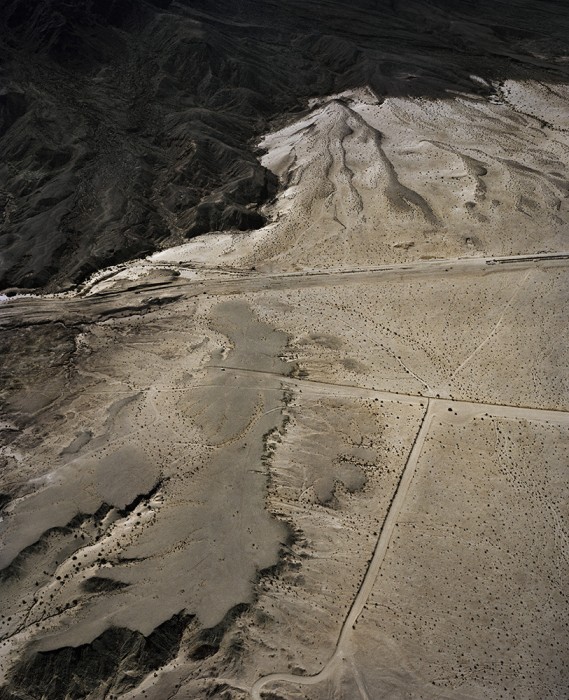