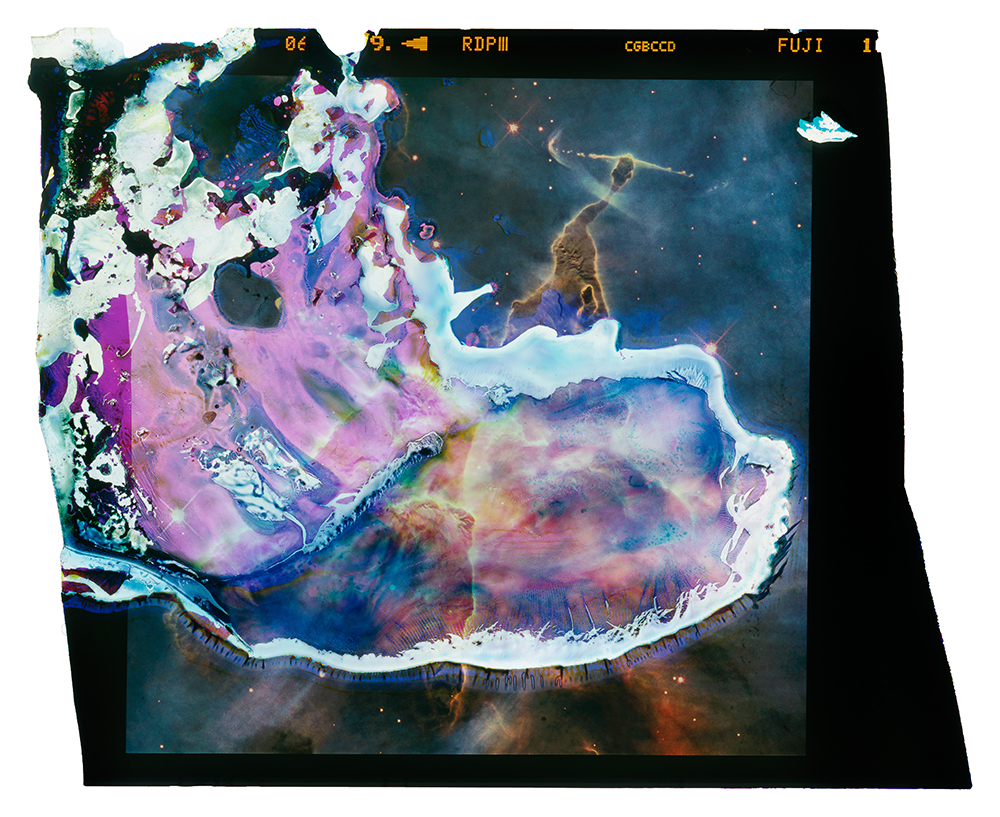 Marcus DeSieno is a lens-based artist from Tampa, Florida whose work is concerned with science and exploration in relation to the history of photography. He received his MFA in Studio Art from the University of South Florida in 2015. DeSieno often assumes the role of the amateur scientist in his work to investigate photography’s historical relationship with science concerning the notion of the invisible. Antiquated and obsolescent photographic processes are often combined with contemporary imaging technologies to engage in a critical dialog on the evolution of photographic technology about seeing.

DeSieno’s work has been exhibited nationally at The Center for Fine Art Photography, the Fort Wayne Museum of Art, Rayko Photo Center, The Center for Photography at Woodstock, and various other galleries. His work has also been featured in a variety of publications including FeatureShoot, GUP Magazine, Hyperallergic, Huffington Post, National Geographic’s Proof, PDN, Slate, Smithsonian Magazine, and Wired. He was a selected participant for Review Santa Fe in 2015. 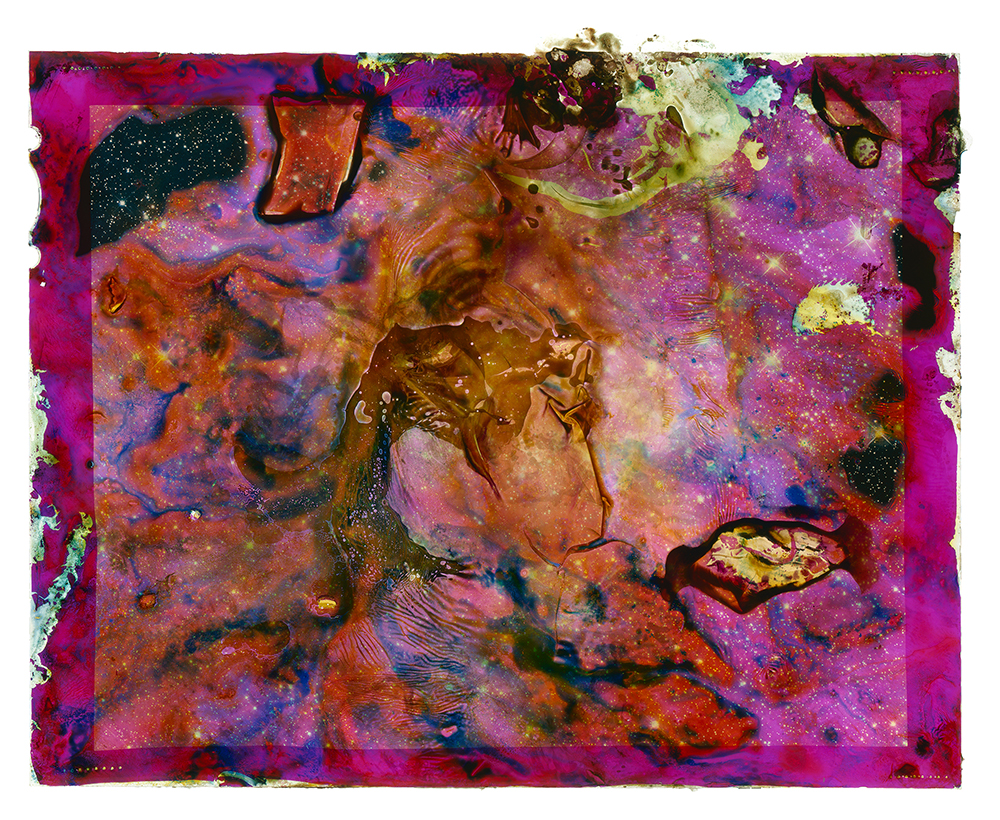 “Man is equally incapable of seeing the nothingness from which he emerges and the infinity in which he is engulfed.” – Pascal

From infinitesimally small microscopic life to the near infinite number of galaxies and stars, the incomprehensible size and spectrum of the universe defies human logic and understanding. The term Cosmos is defined as “the universe understood as an ordered system.” But how can we make sense of, and create a system of logic for, a field too vast for us to comprehend?

This body of work probes the immense scale of the universe as the microscopic and macrocosmic coalesce into an art object. Invisible microscopic bacteria are grown onto photographic film of appropriated images from the far reaches of outer space. The bacteria are swabbed from locations, both ubiquitous and exotic, as I try to find the variety of microscopic life from the most unlikely places. A layer of chemistry is then applied to the surface of photographic film to act as a breeding ground for the bacteria. As the bacteria grow and multiply, they interact with the film, altering it, stripping away color layers, and slowly disintegrating the archaic media into an unpredictable abstraction of color and texture. I scan the bacteria-laden film in order to create the final prints and, in the process, kill this microscopic ecosystem. This whole series is a performative act of simultaneous creation and destruction, a notion tied to the very fabric of existence itself.

One end of this cosmic spectrum devours the other. The real devours photographic representation. The nature of photography itself is called into question as the bacteria eats away the image into material abstraction, demolishing the pictorial, and freeing the photo- object from the burden of depiction. The conventional use of the photographic film is subverted and manipulated by the unforeseeable forces of nature as the work ultimately interrogates the material possibilities of photography. 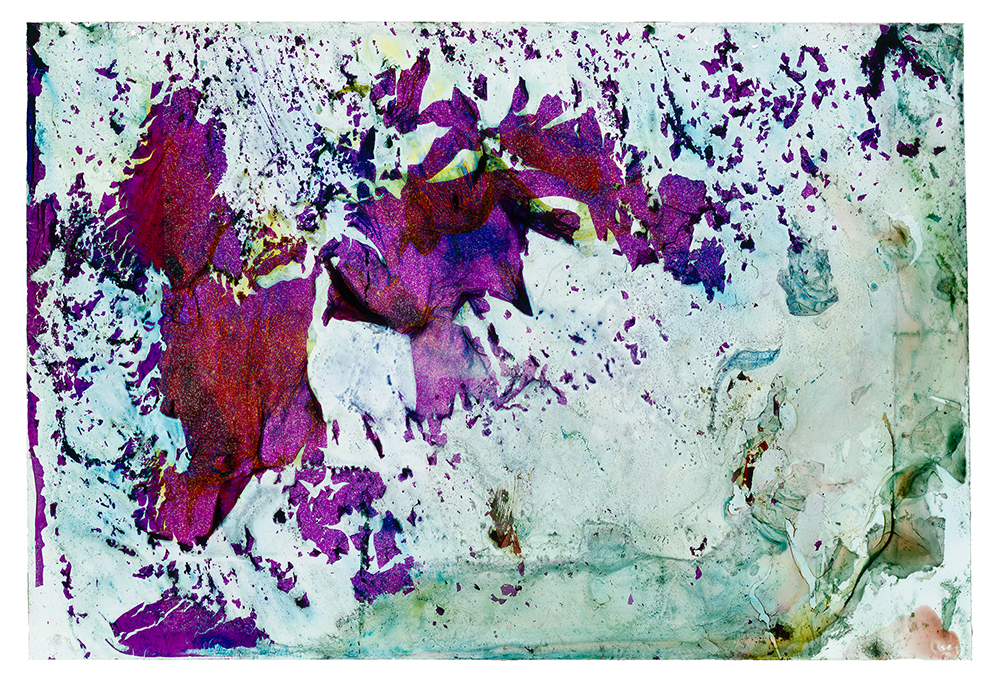 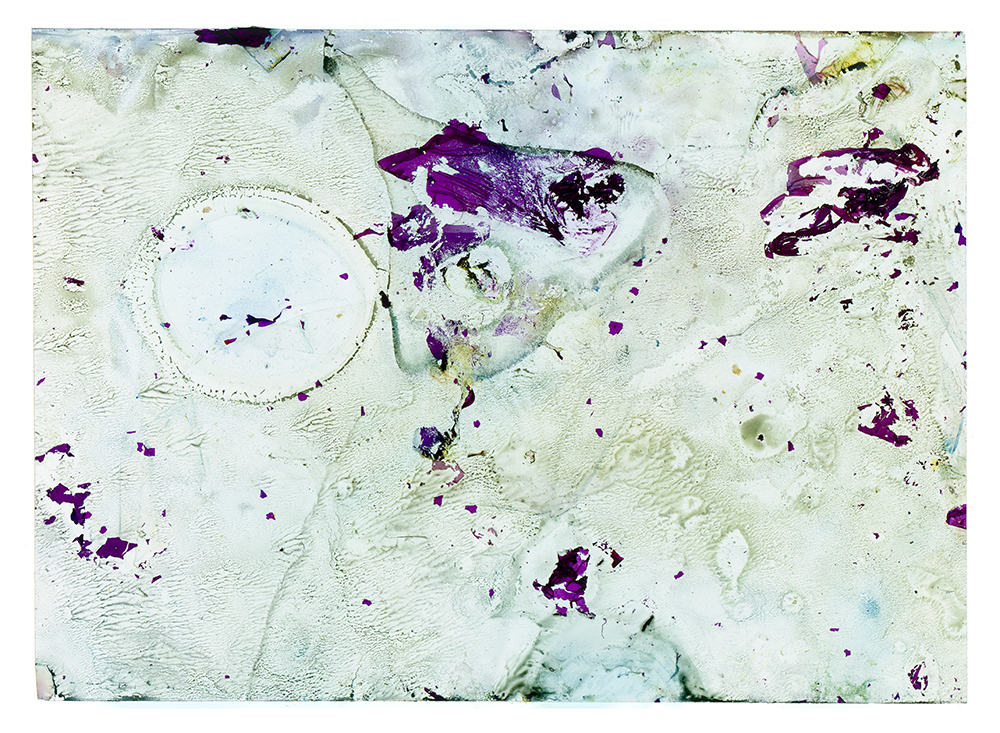 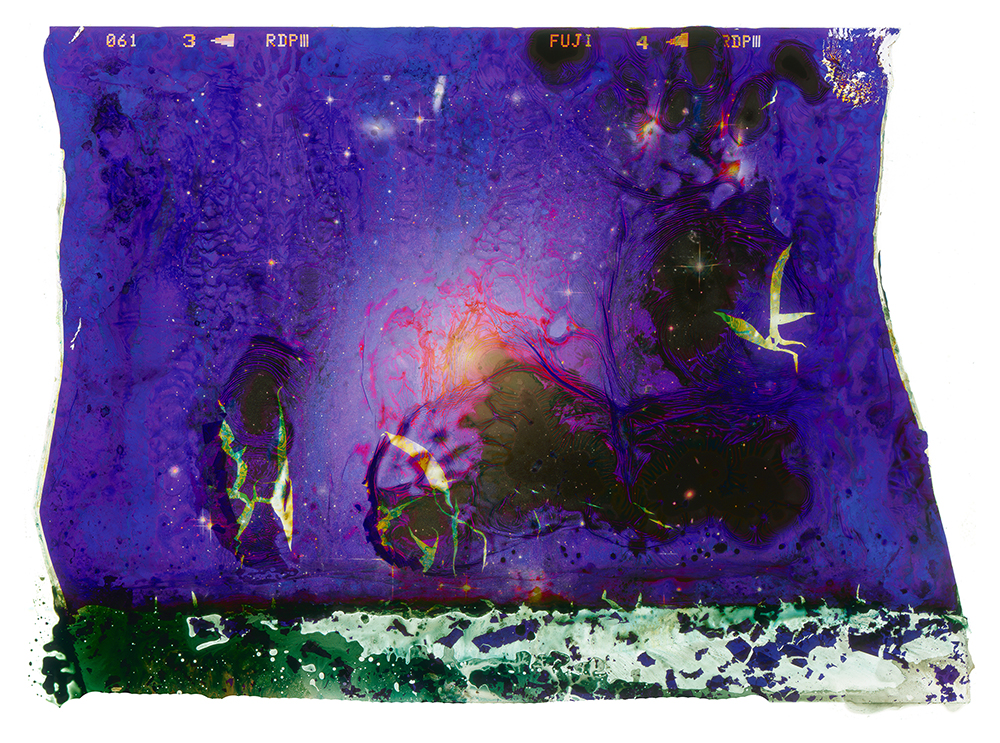 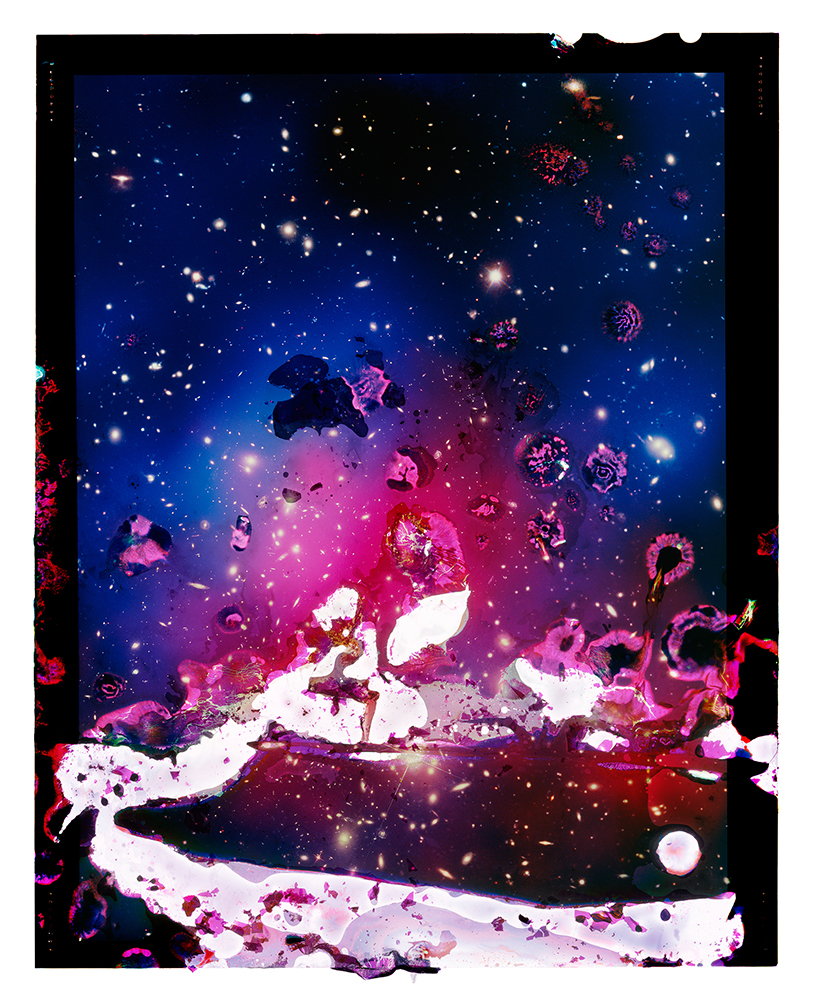 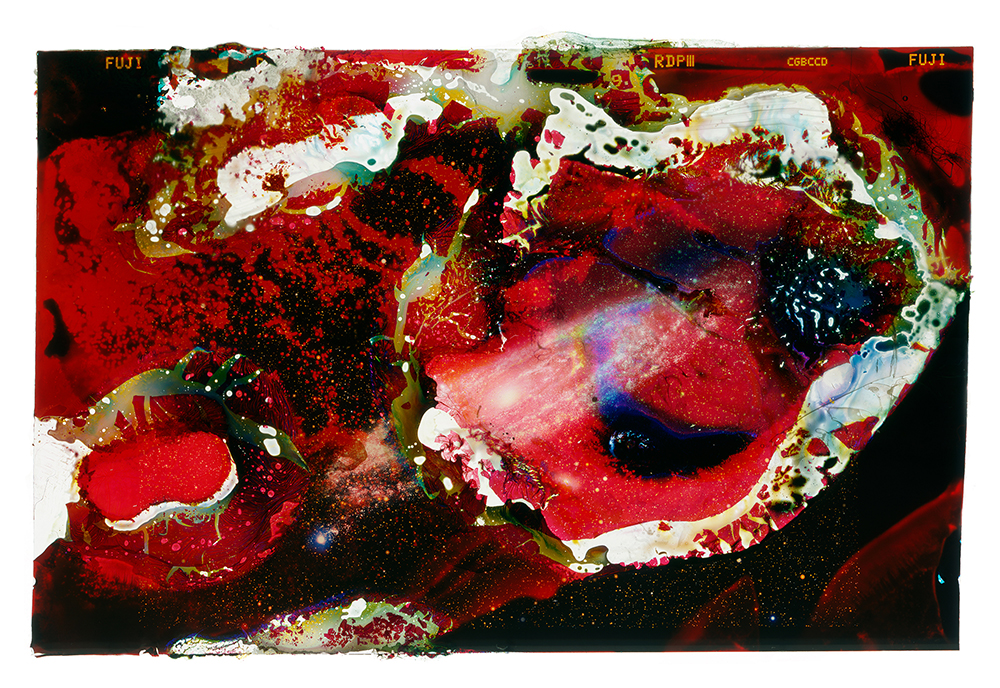 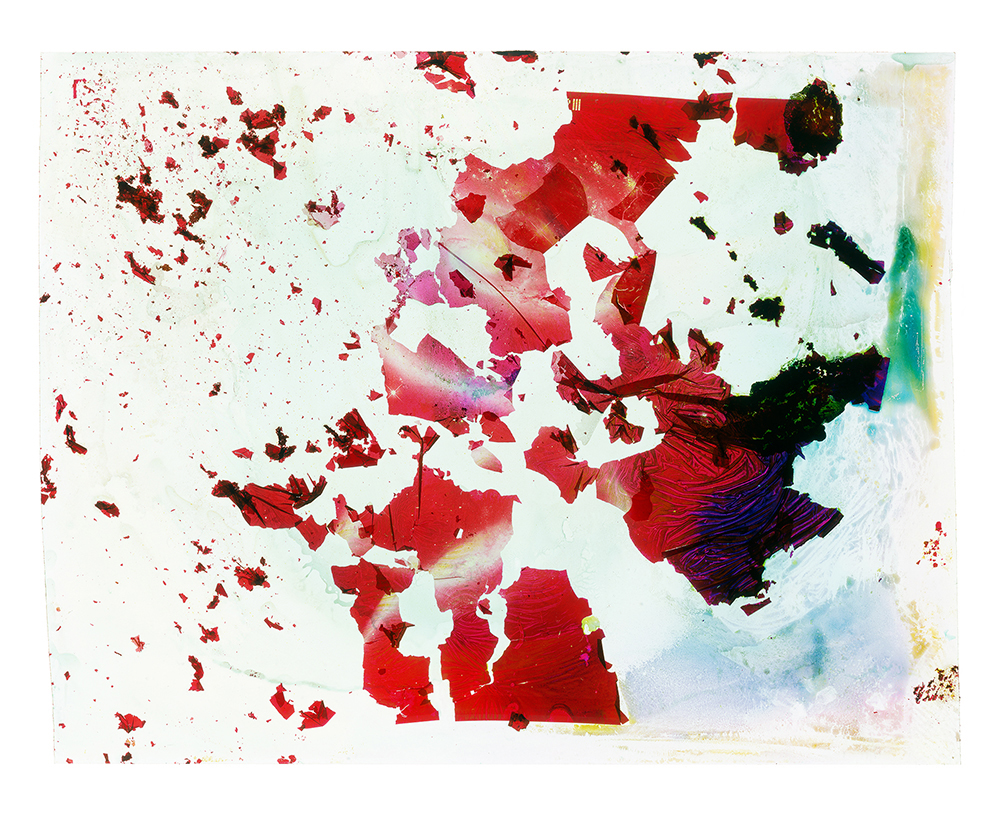 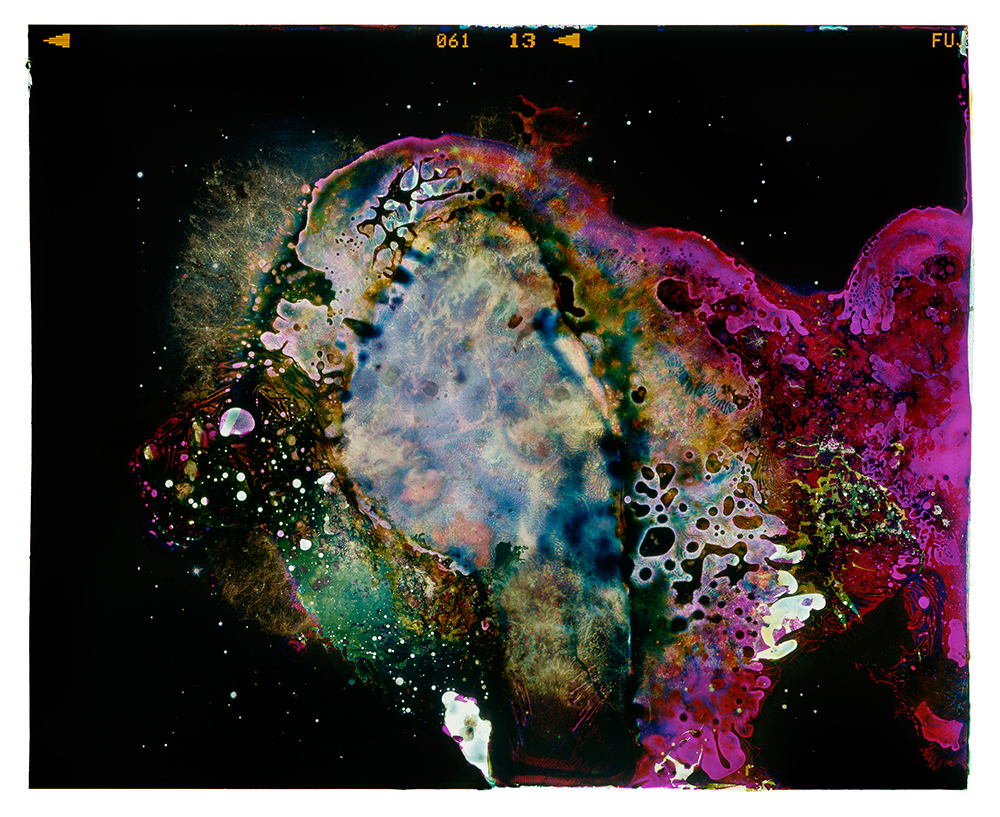 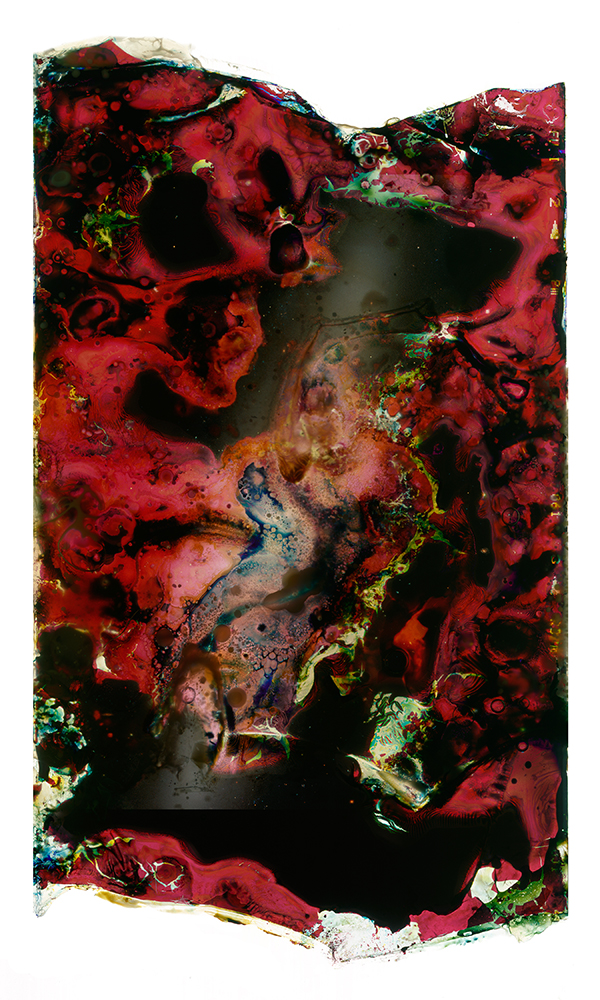 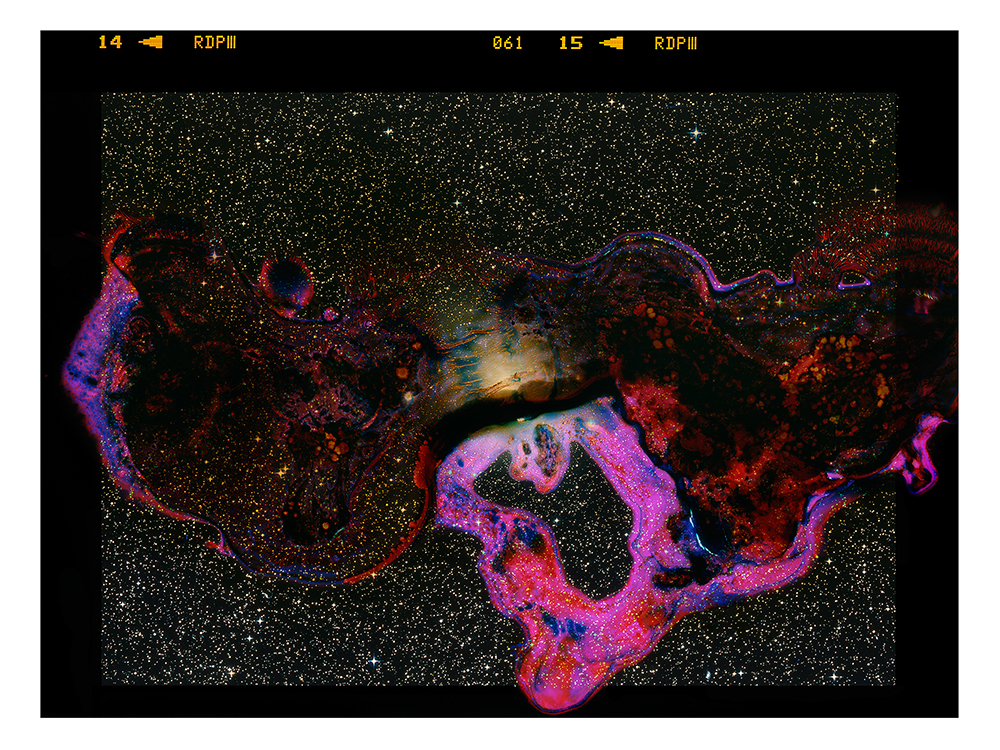 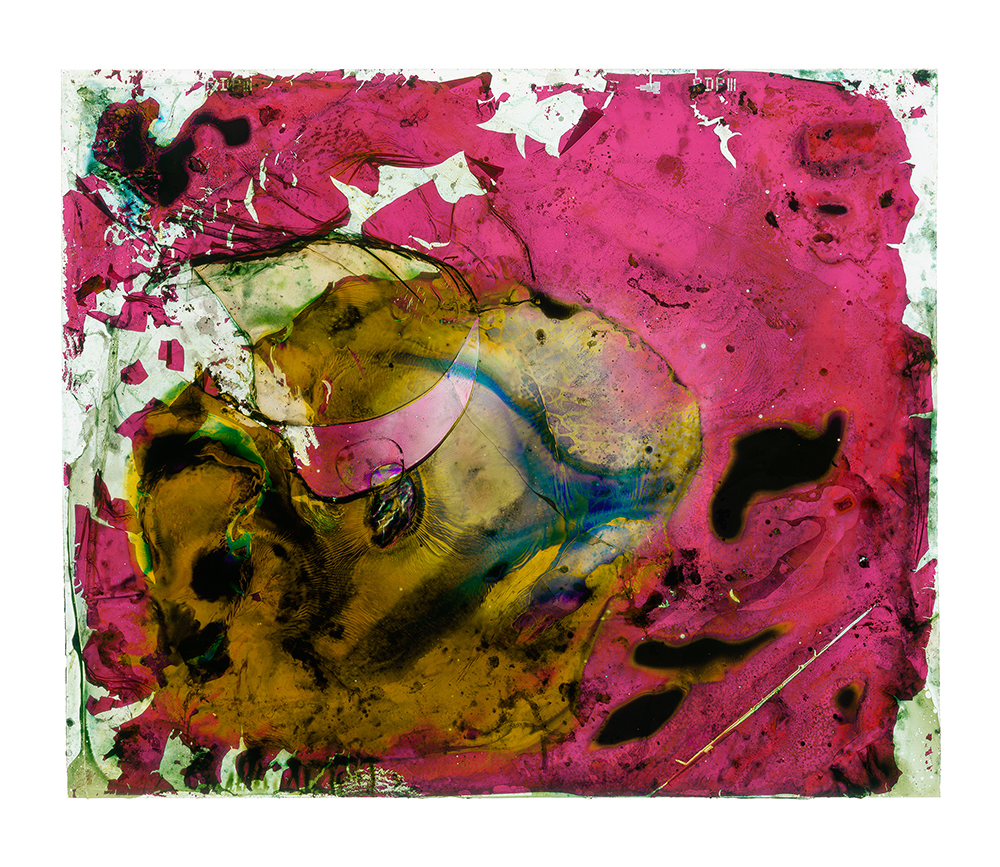 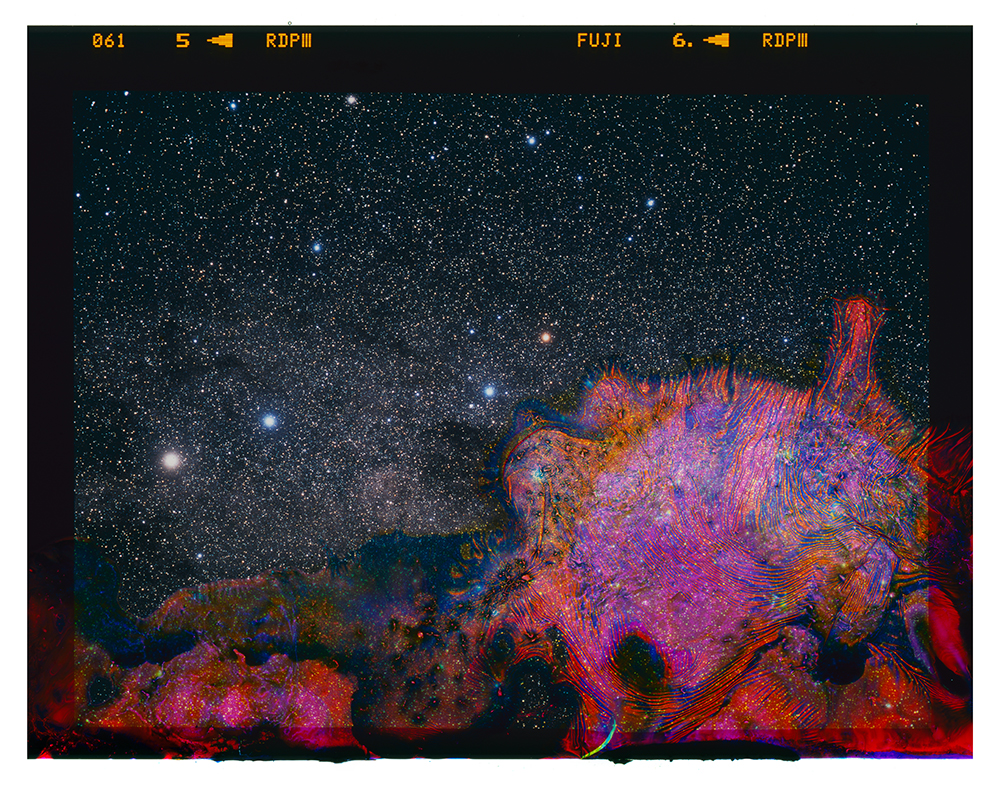 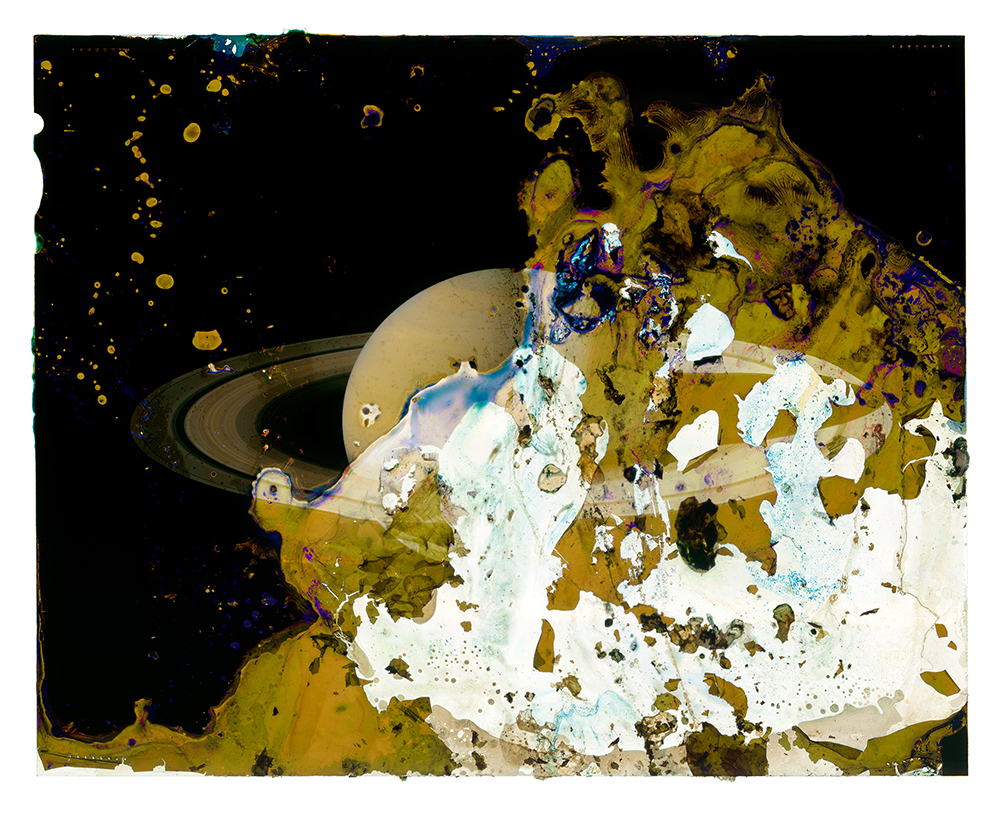 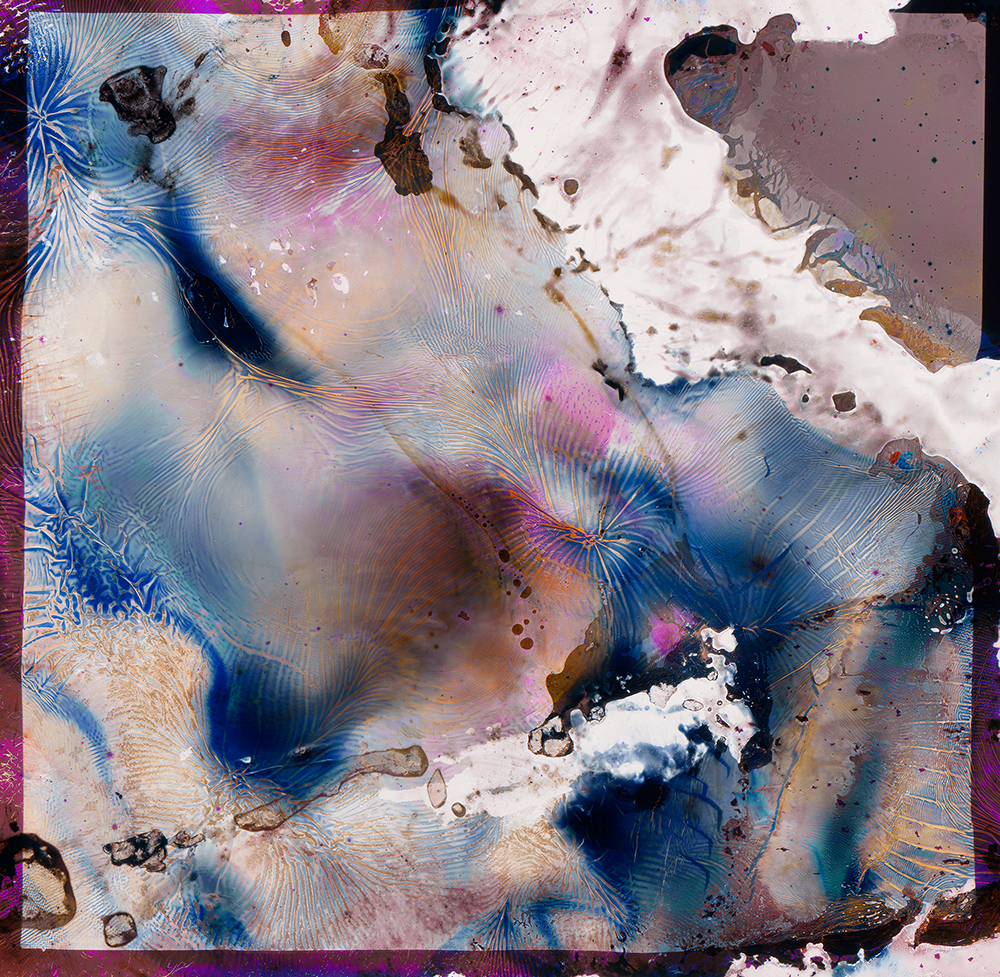 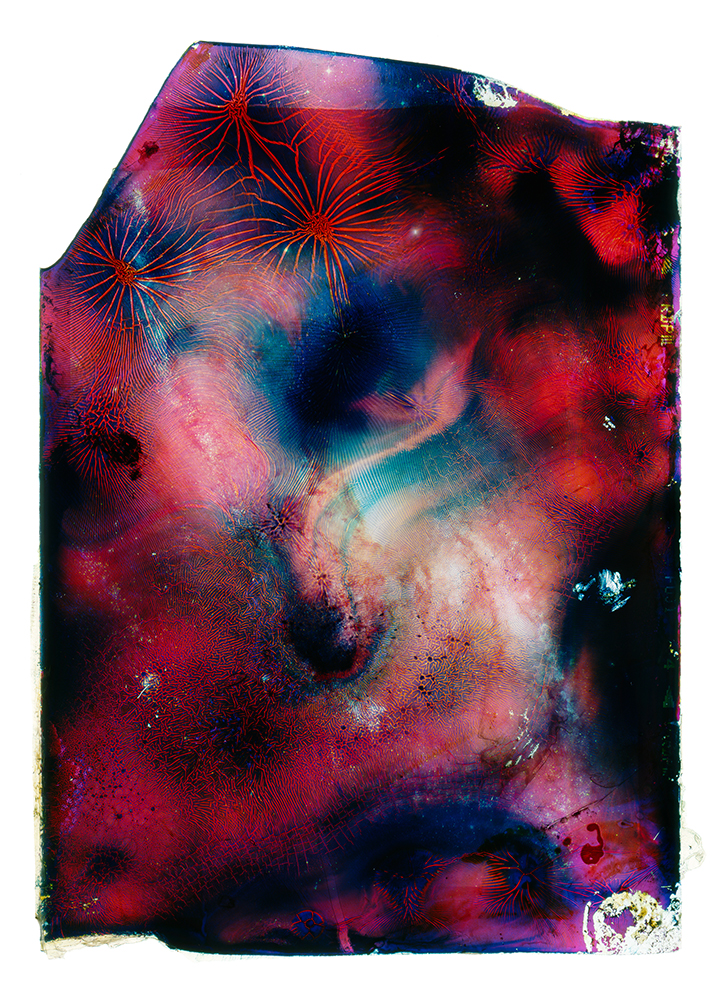 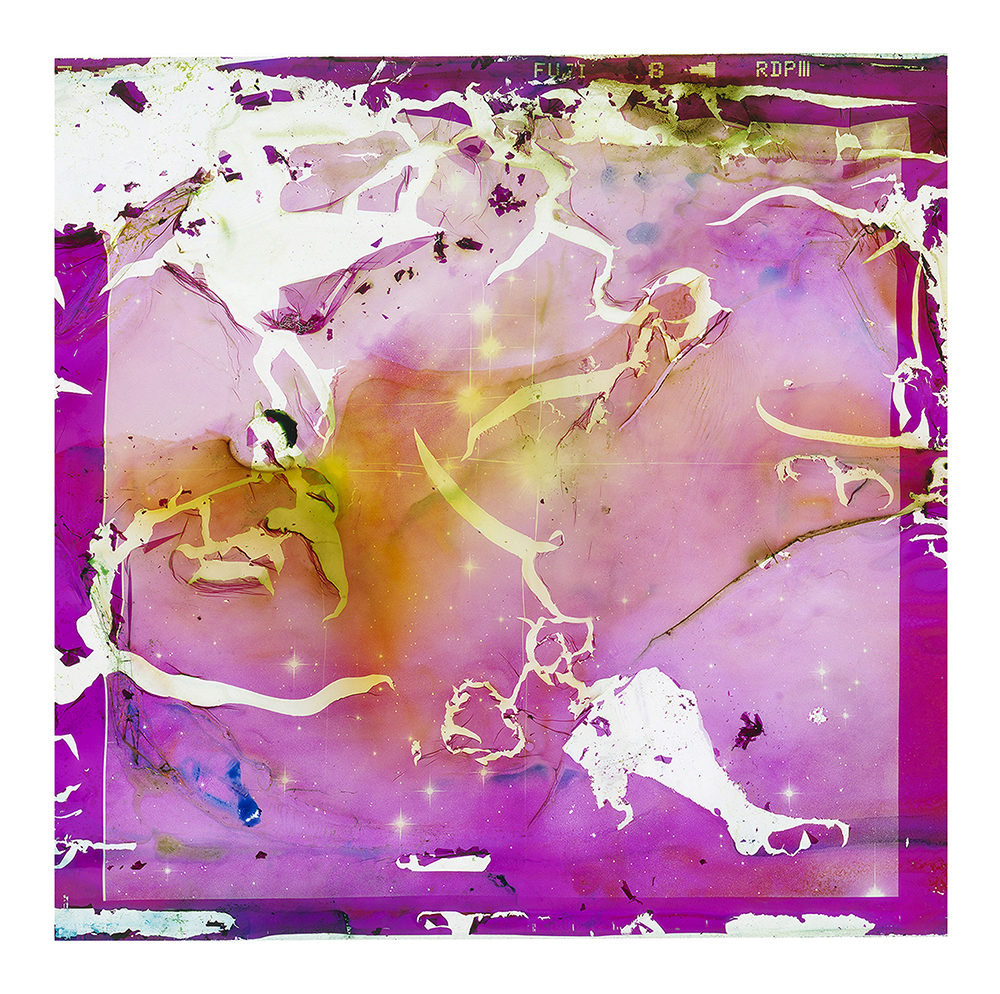 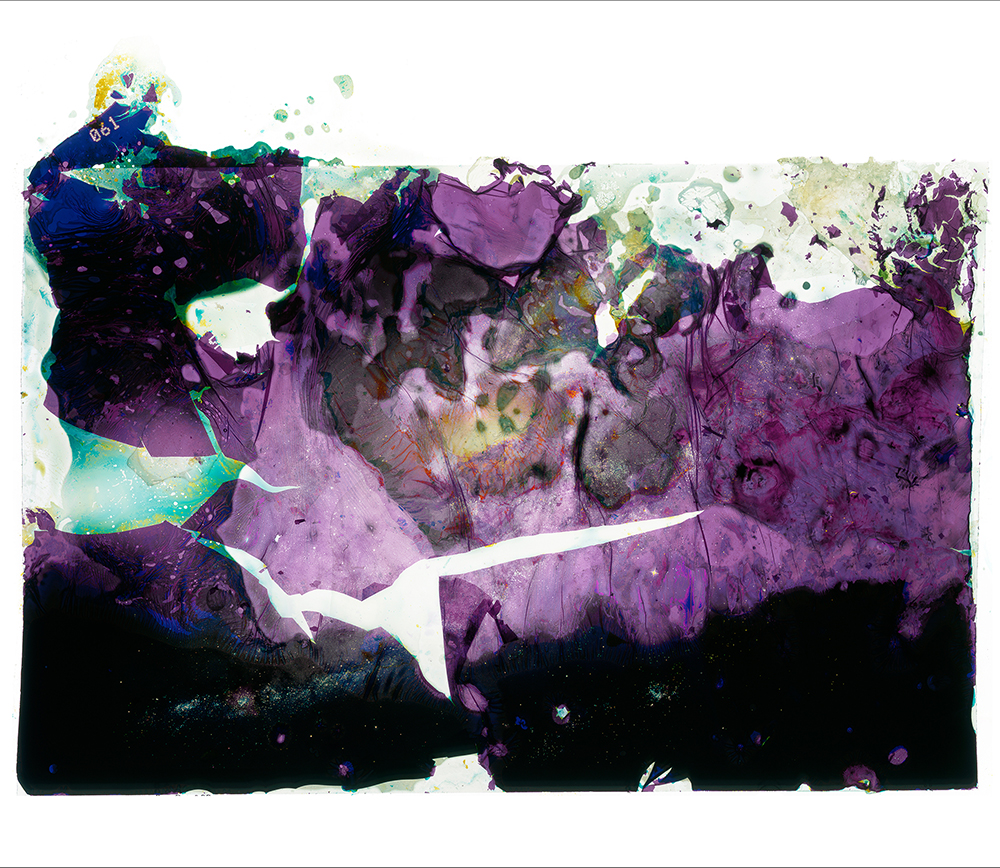