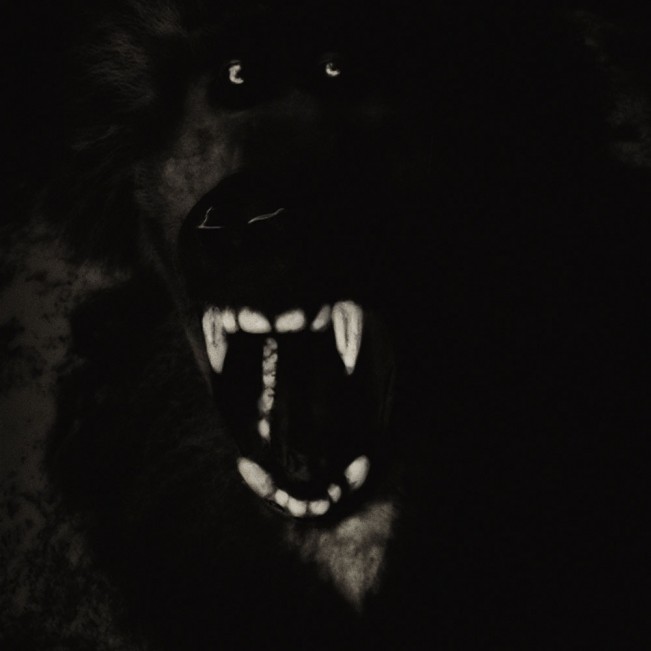 The animal world survives without weaponry, using posture, glare, and teeth to exhibit power–the idea of creating intimidation and instilling fear is one that Lori Pond examines in her series, Menace. Her darkened photographs of taxidermied animals in states of threat remind us of intensified adrenaline and racing heart beats that come from the instinct to survive.  The work is a timely metaphor for a world that is filled with uncertainty, acknowledging that our real threats are not found in the animal world.

Menace will open tomorrow night at Los Angeles Art Association/Gallery 825 in Los Angeles from 6-9pm, and will run through November 20, 2015.

For the past 25 years, Lori has worked as a graphic designer/operator for mostly live television events and productions. Her work has appeared on award shows, such as the Grammys, Emmys, and Academy Awards; reality shows, (Dancing with the Stars, So You Think You Can Dance); talk shows and industrial productions. Currently, her work can be seen on Conan O’Brien’s talk show.

Lori’s award-winning photographs have been exhibited nationally and internationally. Her work resides in the permanent collections of the Center for Fine Art Photography in Ft. Collins, CO; the Center for the Arts in Los Angeles, CA; and at the Morgan Stanley headquarters in New York. She is widely published online, in magazines, and she has published two books, Lori Pond–Self, and Arboreal. 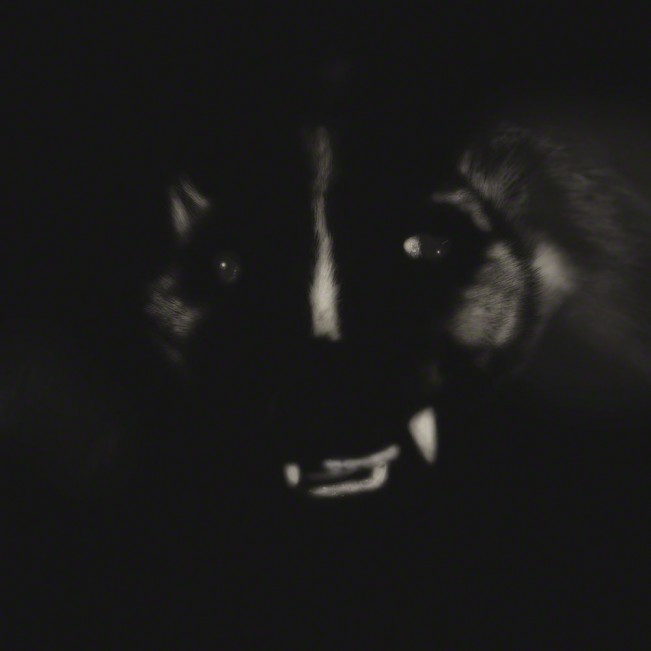 When danger flares, what do you do?

Since humans first experienced the fight or flight reflex, the subconscious brain has told us what, when, and whom to fear. This remains so. When faced with peril, our bodies respond with intensified adrenaline and racing heart beats. Survival depends on our instantaneous emotional response instructing us to run or stay, a millisecond before our rational self can decide. 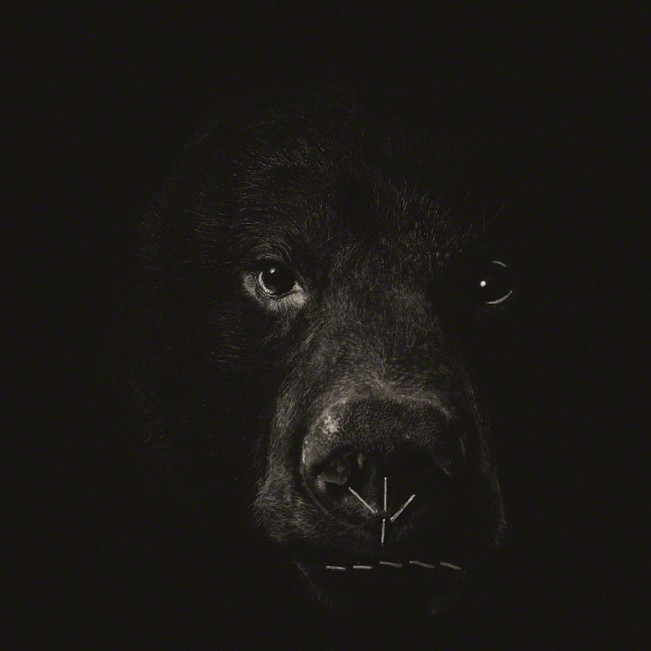 While our brains have not changed, what we fear has. It is rarely a carnivorous beast that triggers our instinct to run. It is pictures of burning skyscrapers, reports of schoolchildren crouching behind desks to hide from bullets, or a gathering of teens in hoodies that make us tremble: Our 21st Century litany of what to fear.

But are these threats real? Lori Pond’s Menace challenges us to question what we “know.” Menace confronts us with frightening, darkened, wild animals that trigger the ancient instinct, while our rational mind knows we are in a safe, civilized space, viewing images.

We look longer, closer, and realize the threat was never there: these are taxidermied animals, their images captured in bright sunlit shops, manipulated later by the artist to ferocity. They frighten but are impotent.

Menace asks us to consider if our modern fears are justified, or if our contemporary bogeymen are figments of our imagination, mere empty threats manipulated by an unseen hand. 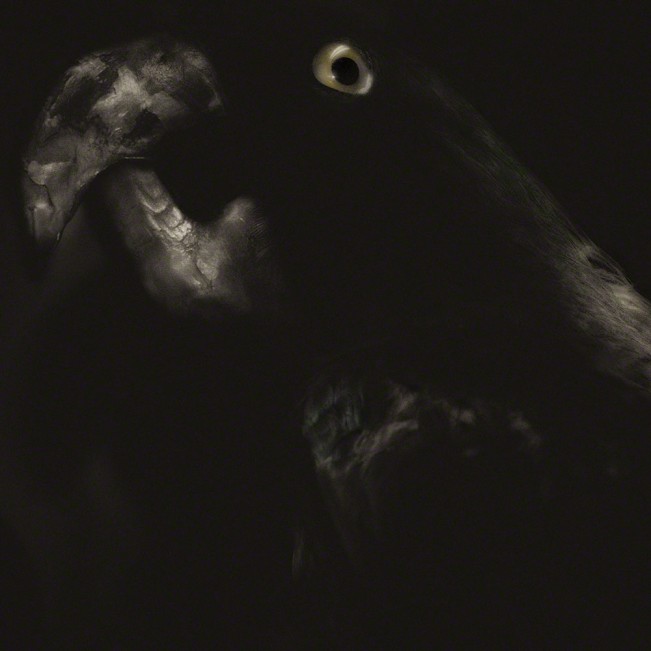 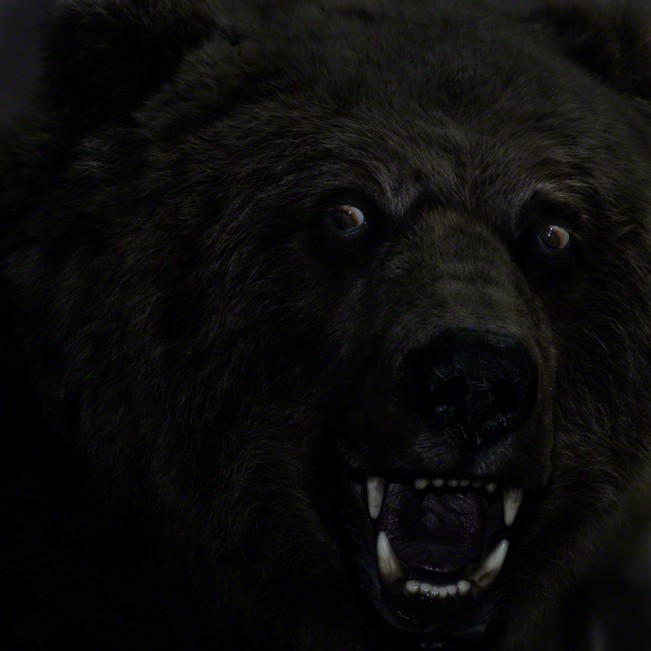 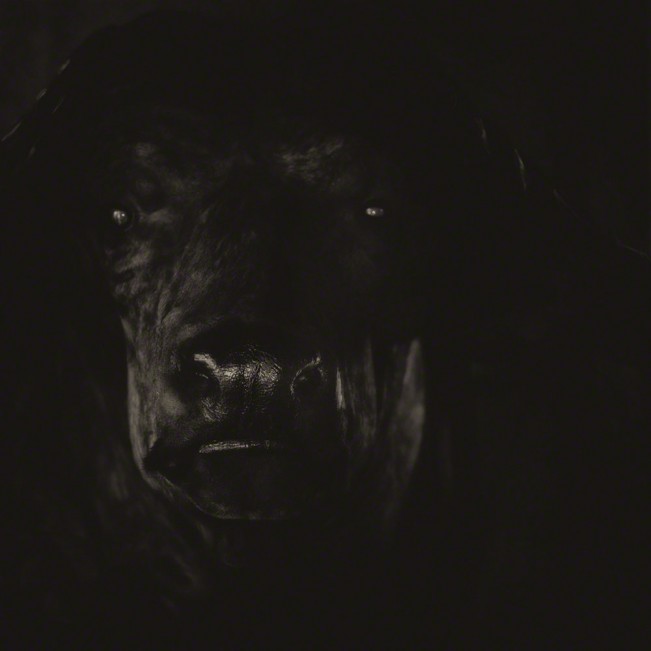 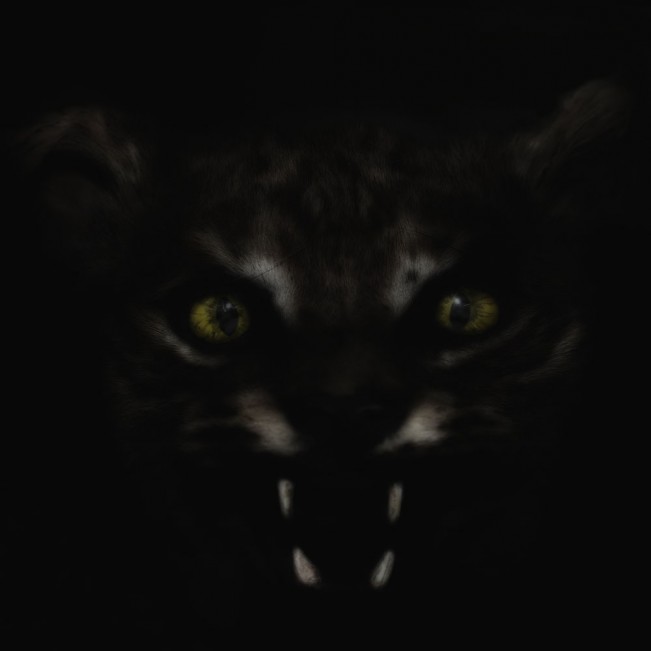 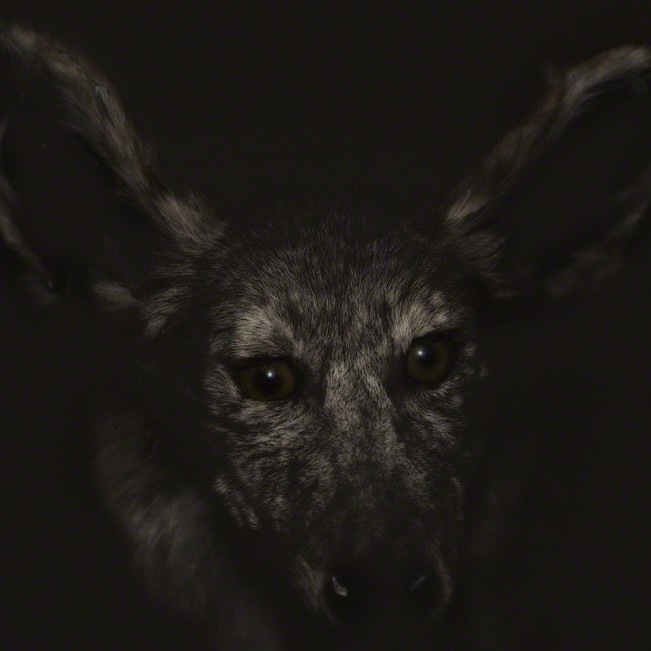 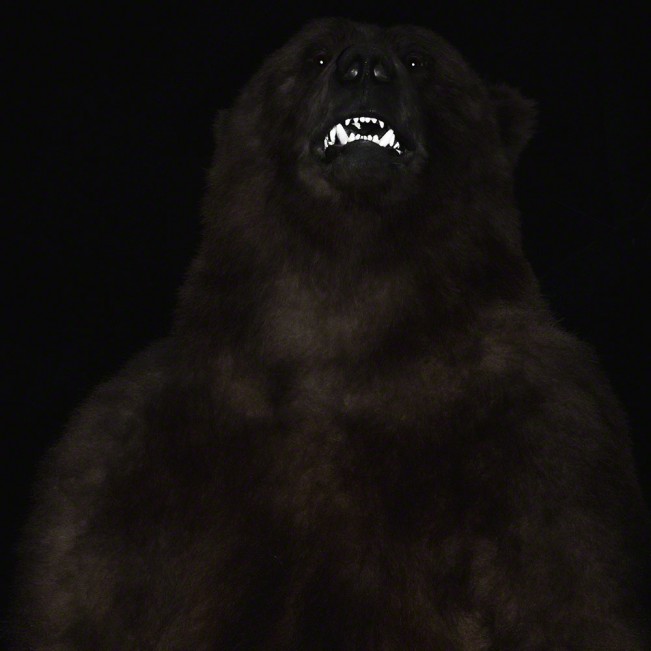 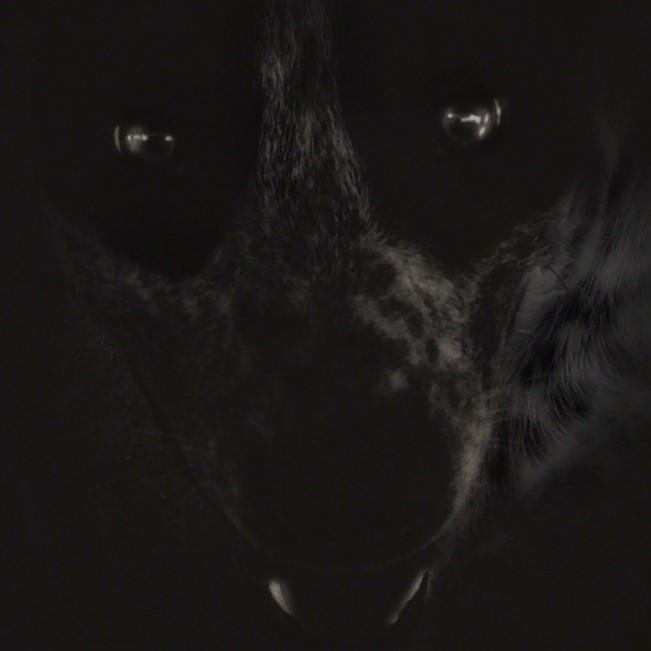 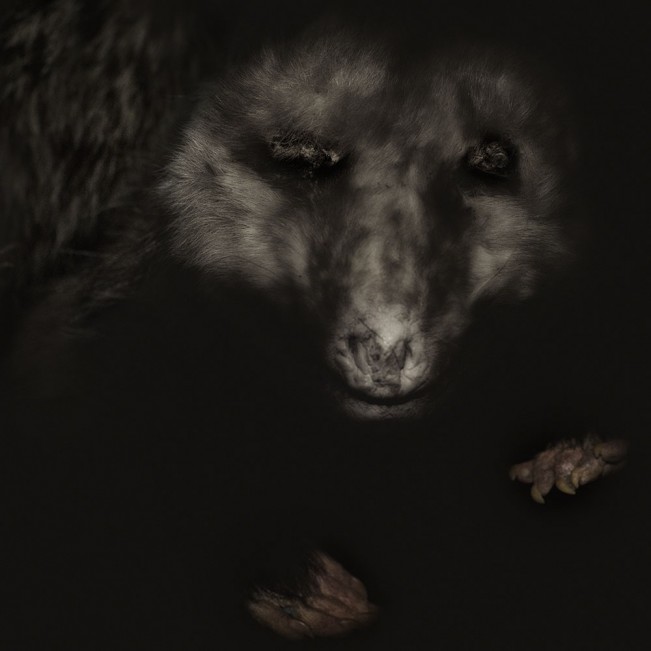 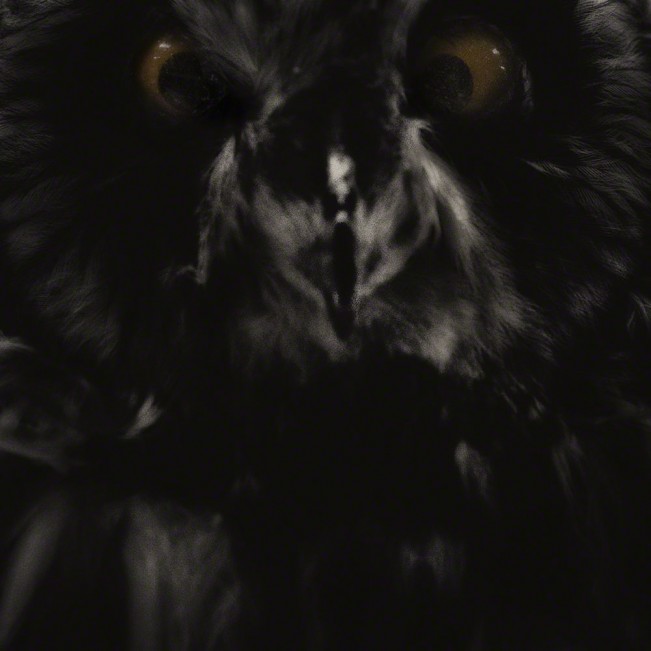 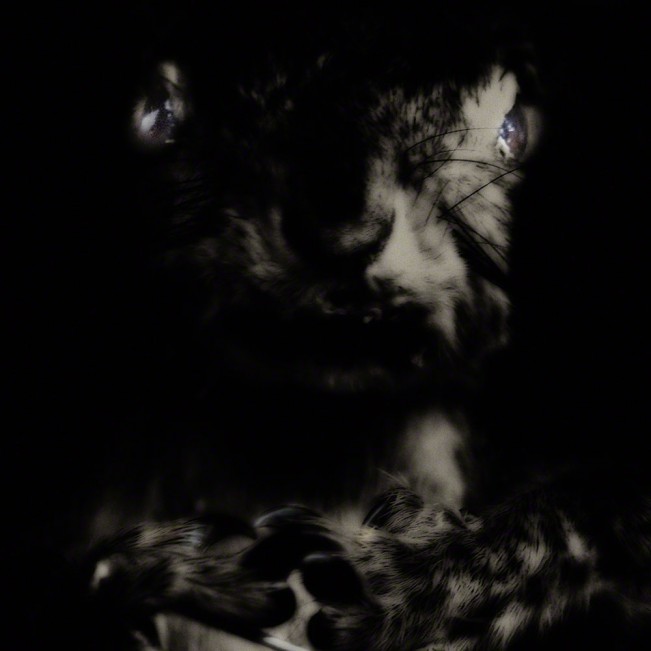 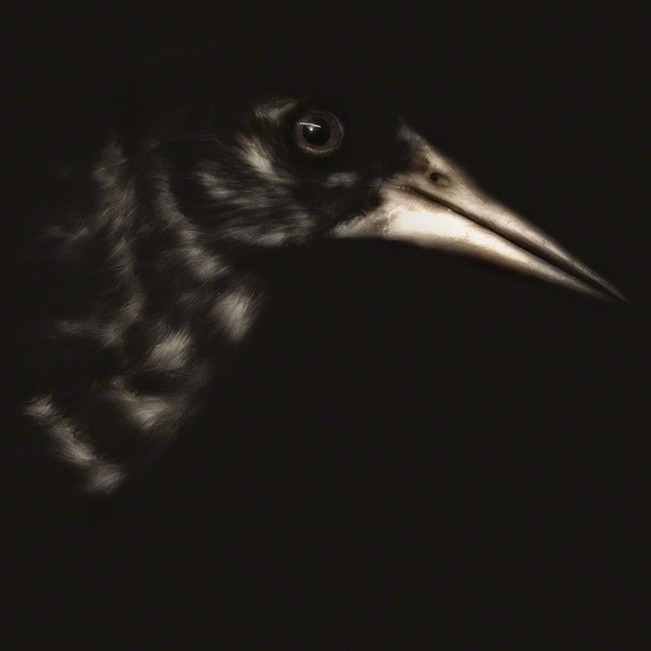 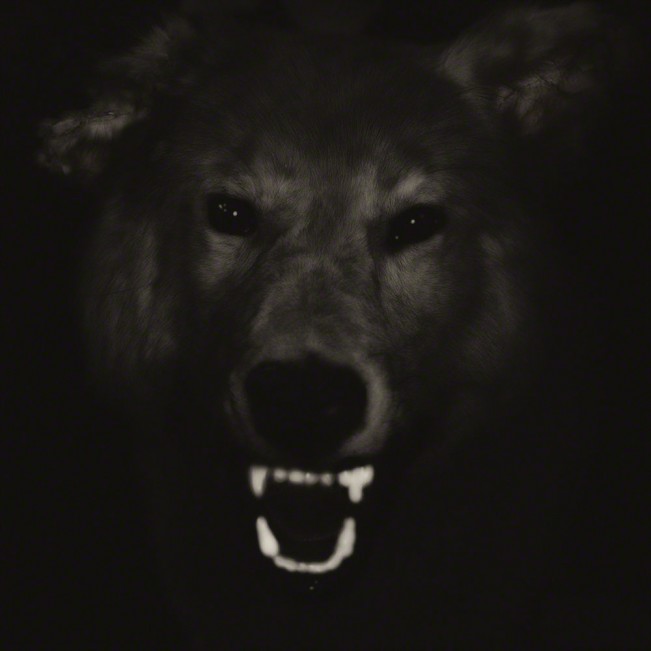