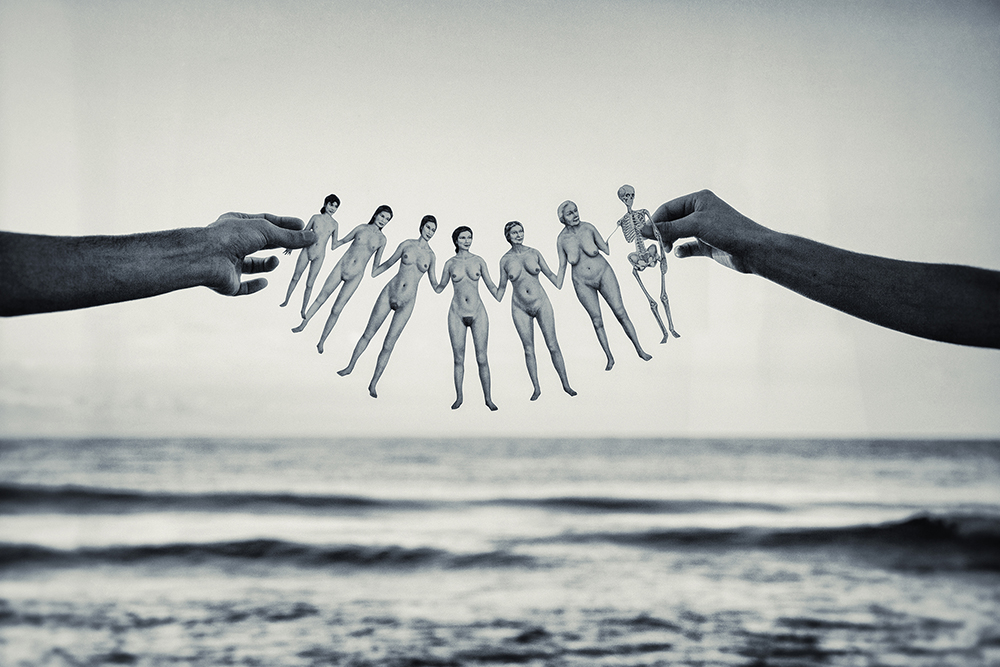 Sharon Lee Hart is a photographer and educator based in Florida whose photography and mixed media works have been exhibited throughout the United States and internationally.

Hart’s photographs from the series According to the Sky share a visual connection to water. Along with references to astronomy and mysticism, water is the binding element that pulls these narratives together. This work seems to transcend from an ancient world, one full of mystery and knowledge, which lives at the edge of realization. Hart describes the feeling the work evokes in her as “…introspective, fragile and powerful. A small speck that is part of an infinite cycle. I think about archetypes, science and the metaphysical. I feel hopeful.”

Sharon Lee Hart is a DC born fine art photographer and a professor at Florida Atlantic University. She earned an MFA from the University of North Carolina at Chapel Hill. Her first monograph, Sanctuary: Portraits of Rescued Farm Animals was published in 2012. Her work can be viewed on sharonleehart.com 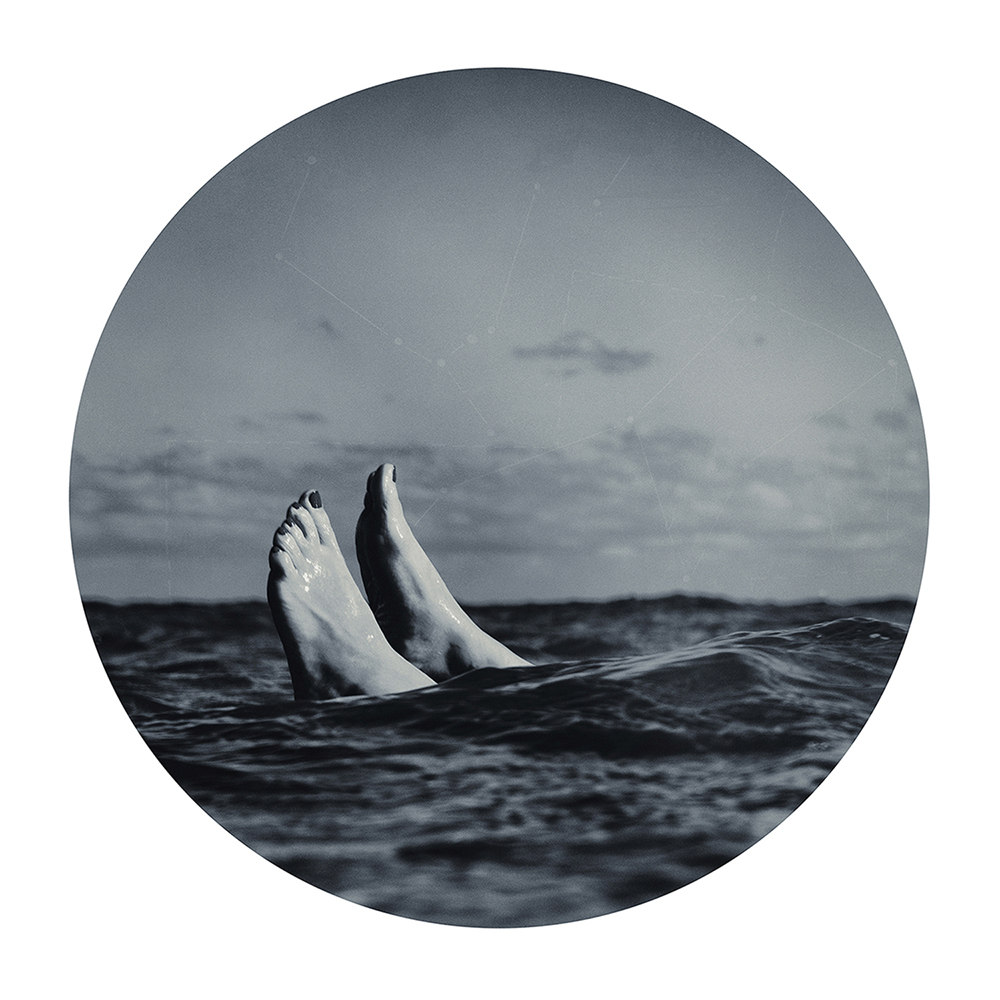 ©Sharon Lee Hart, According to the Night Sky

According to the Sky

This project is a meditation on the sea. Personal narratives are formed by filtering ideas about the sea through a variety of subjects including mythology, astronomy, and mysticism. In this series, the ocean is viewed as a link to the cosmos, a backdrop and a central character.

We live on a planet whose surface is mostly covered in water and in bodies that are at least half composed of water: we are physically and psychologically connected to the ocean. The photographs are made on the shore and in the water. The shoreline, our evolving human access point is where earth and sea meet. This constantly shifting border between the known and unknown can be seen as a metaphor for change.

The photographs are toned to give a nod to traditional darkroom practices. Blue was chosen to reference the natural hydrological cycle and the color of the sea being in part a reflection of the sky. The images are made with a medium format film camera and a DSLR. The photographs are printed with archival inks on hand coated hosho paper. Print sizes range from 4 by 4 inches up to 40 by 40 inches. 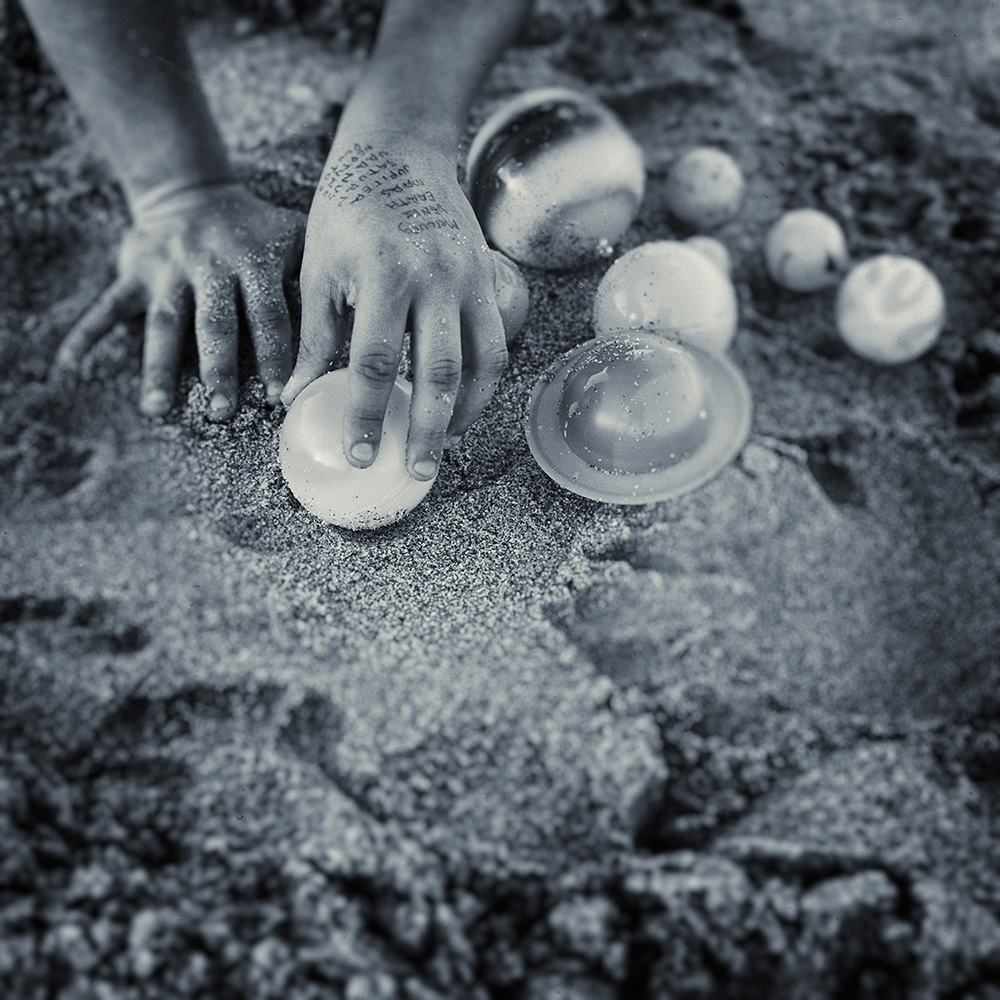 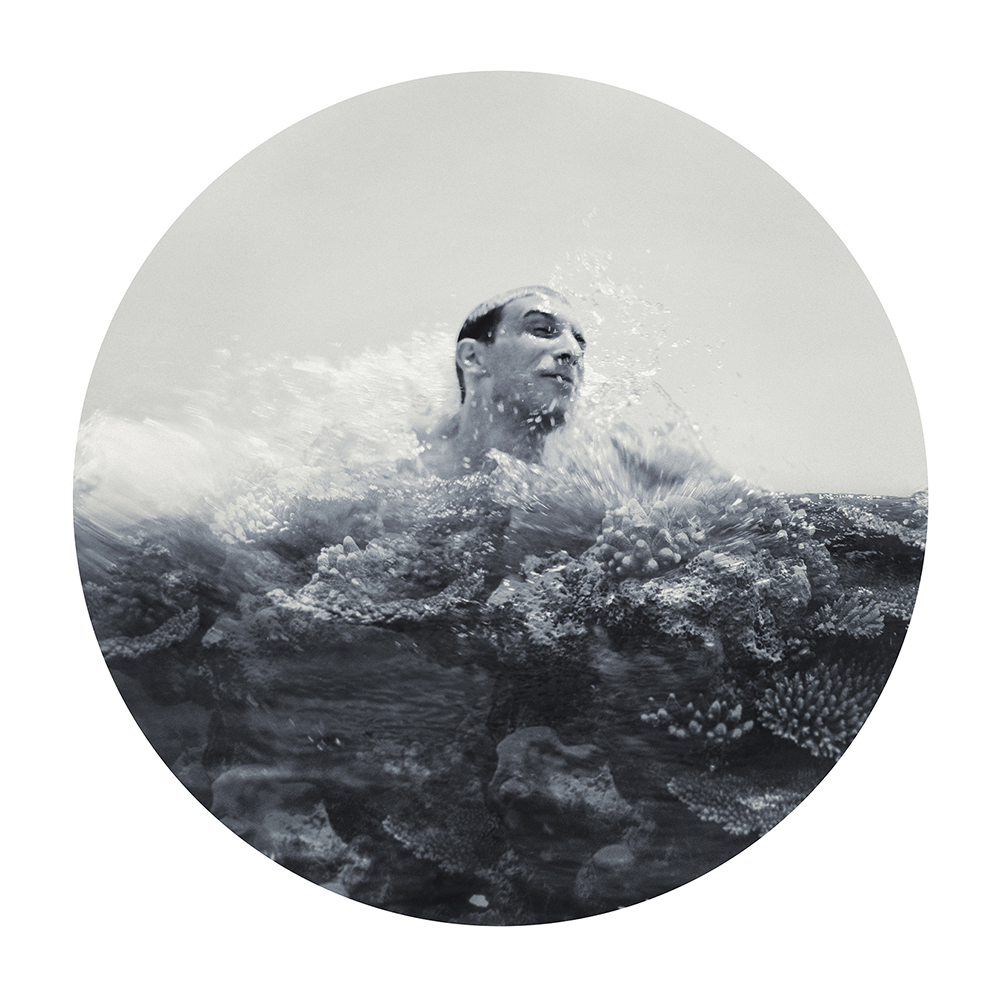 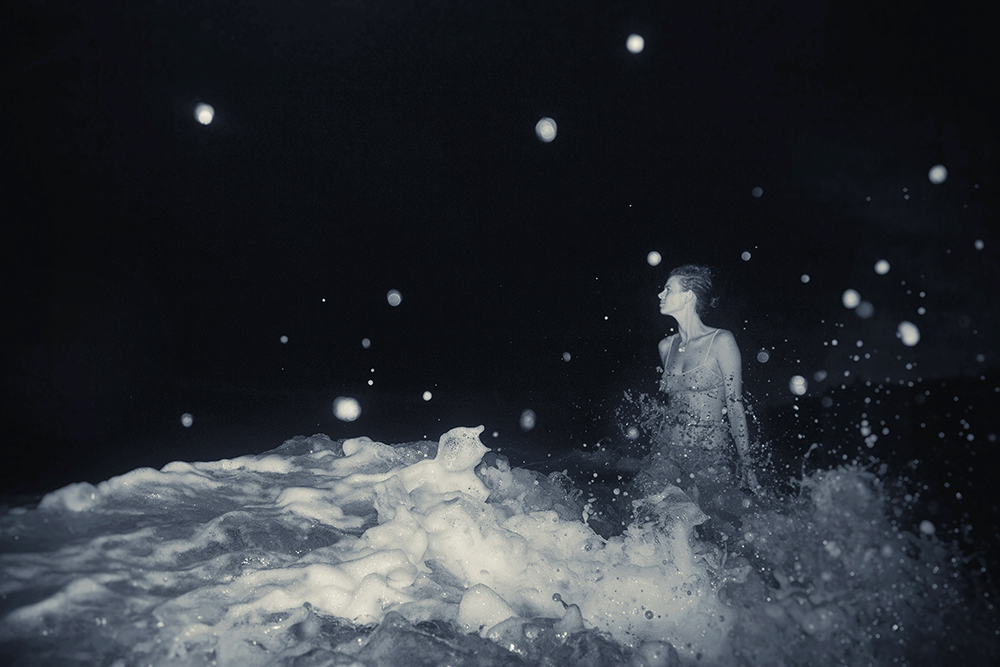 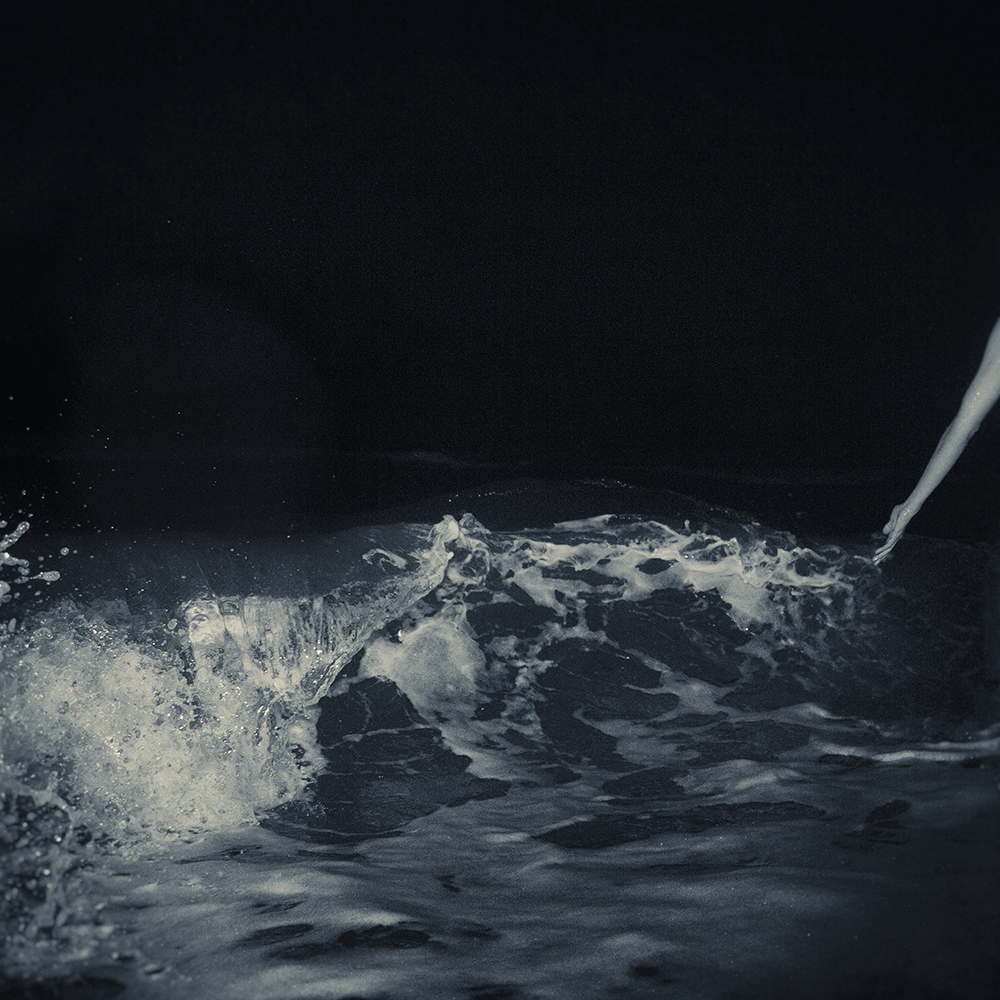 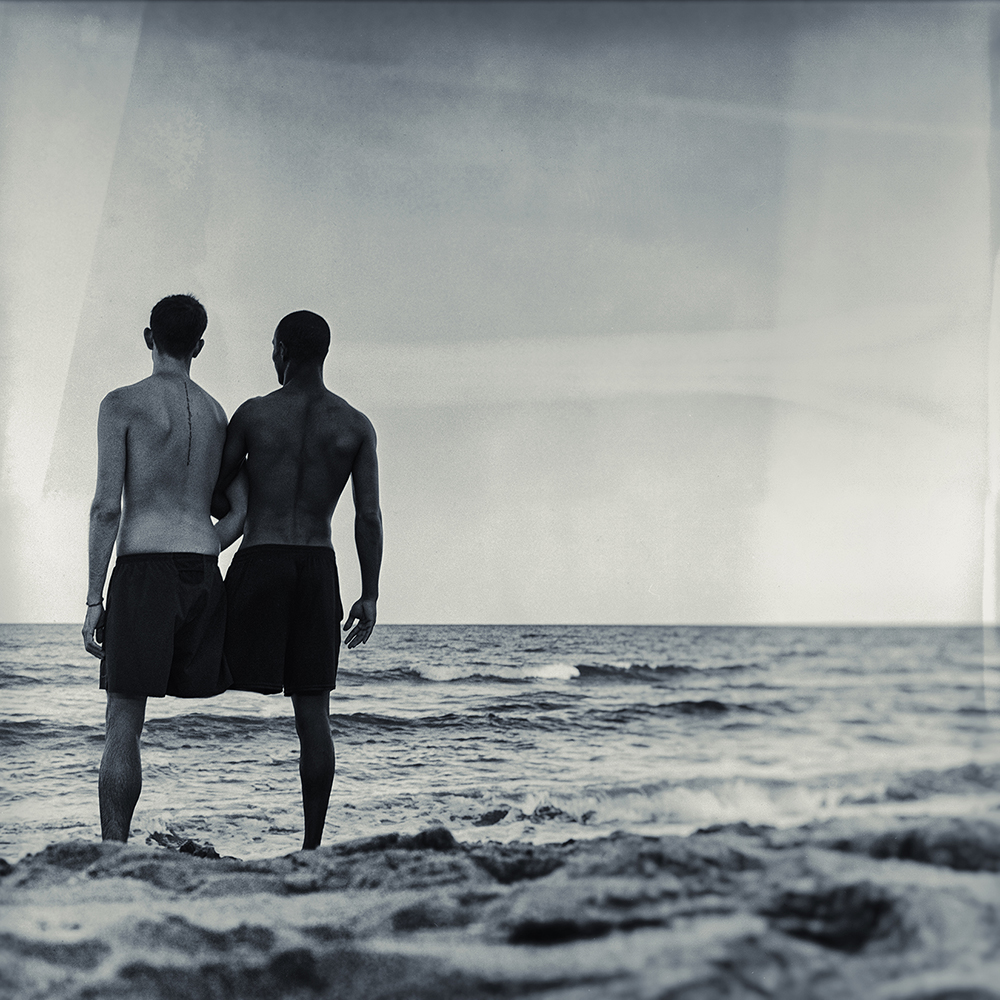 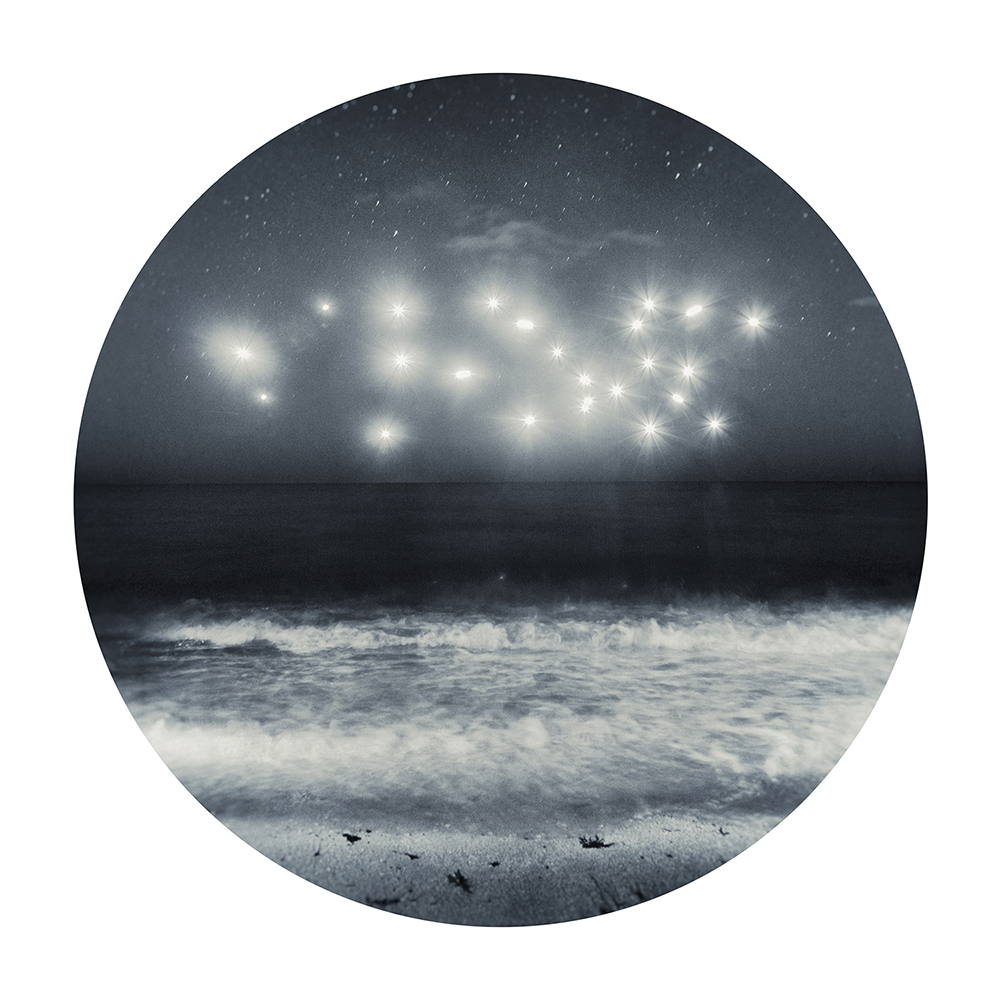 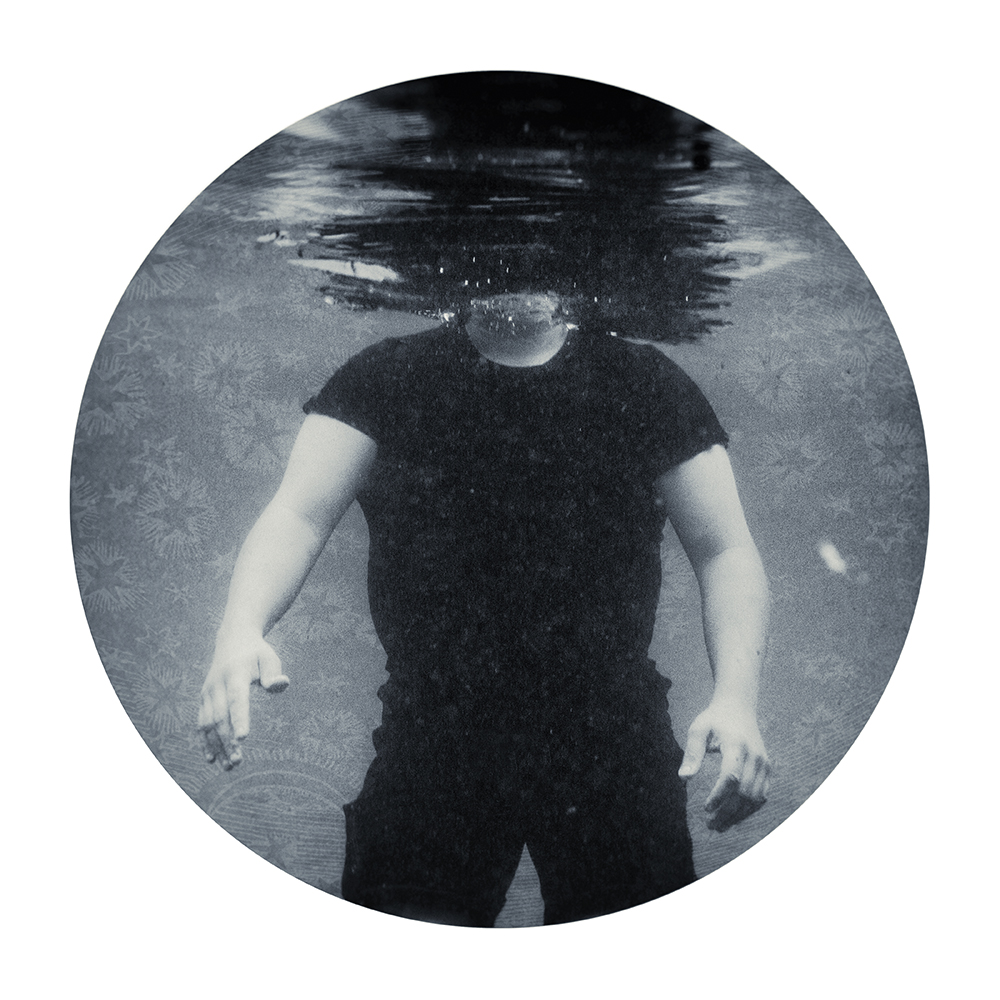 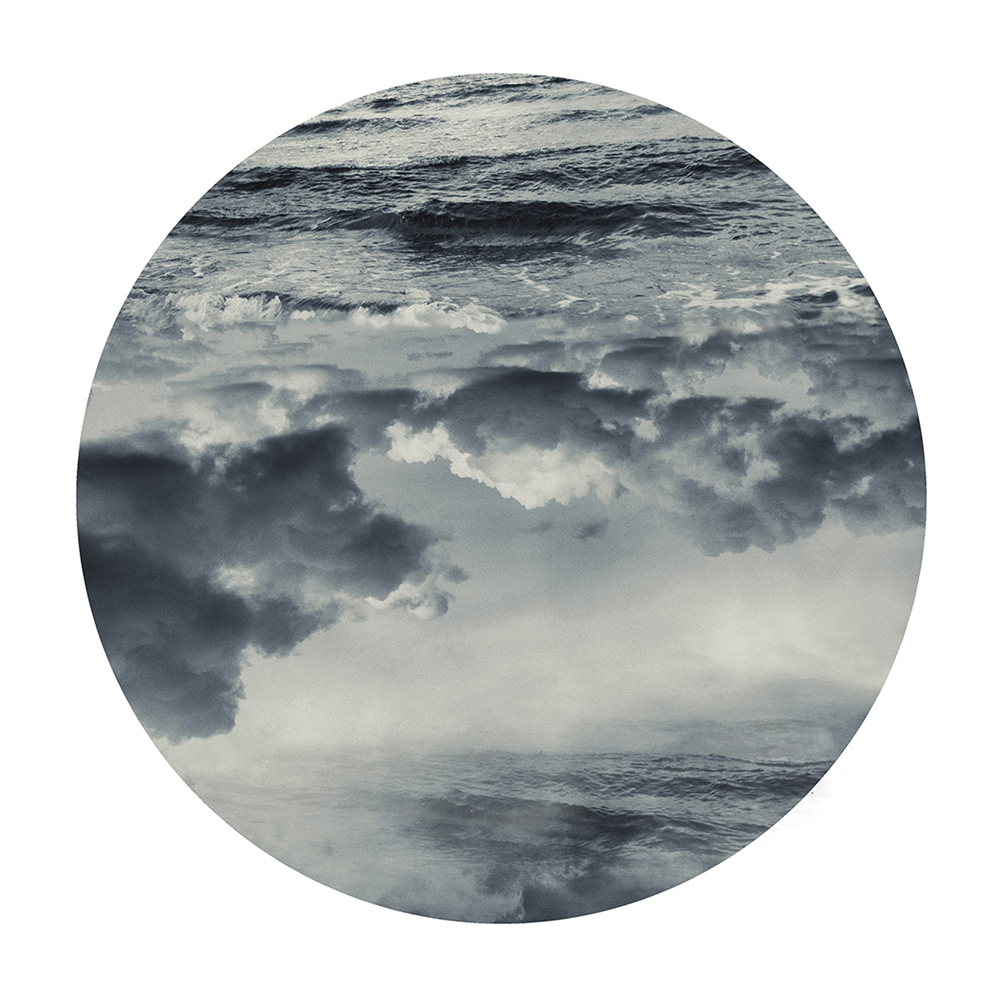 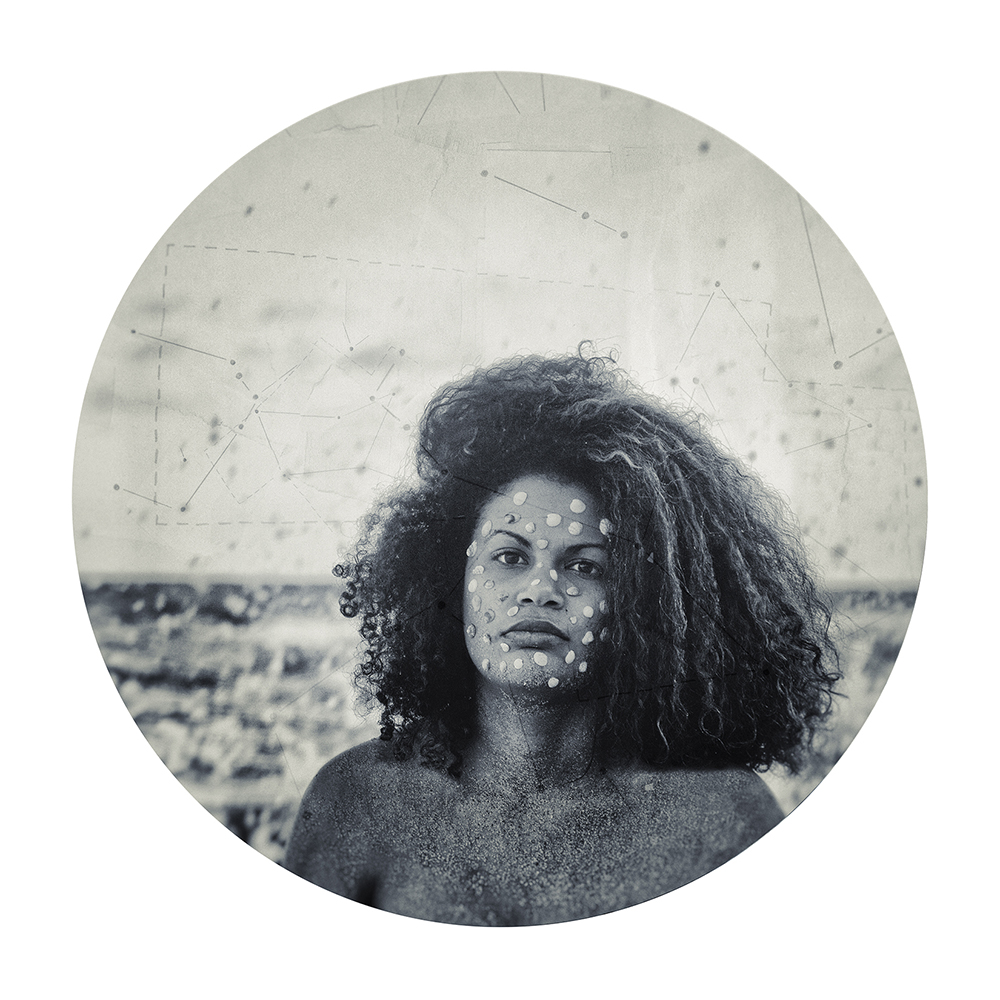 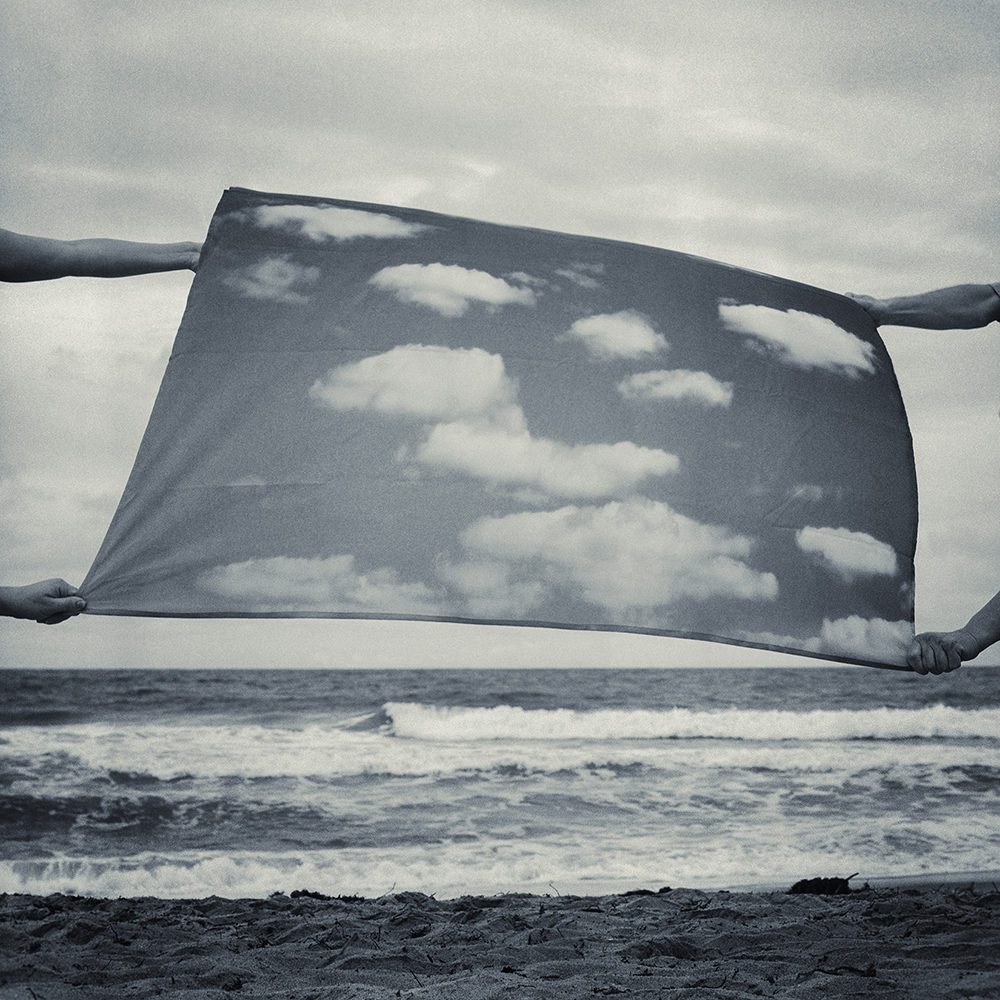 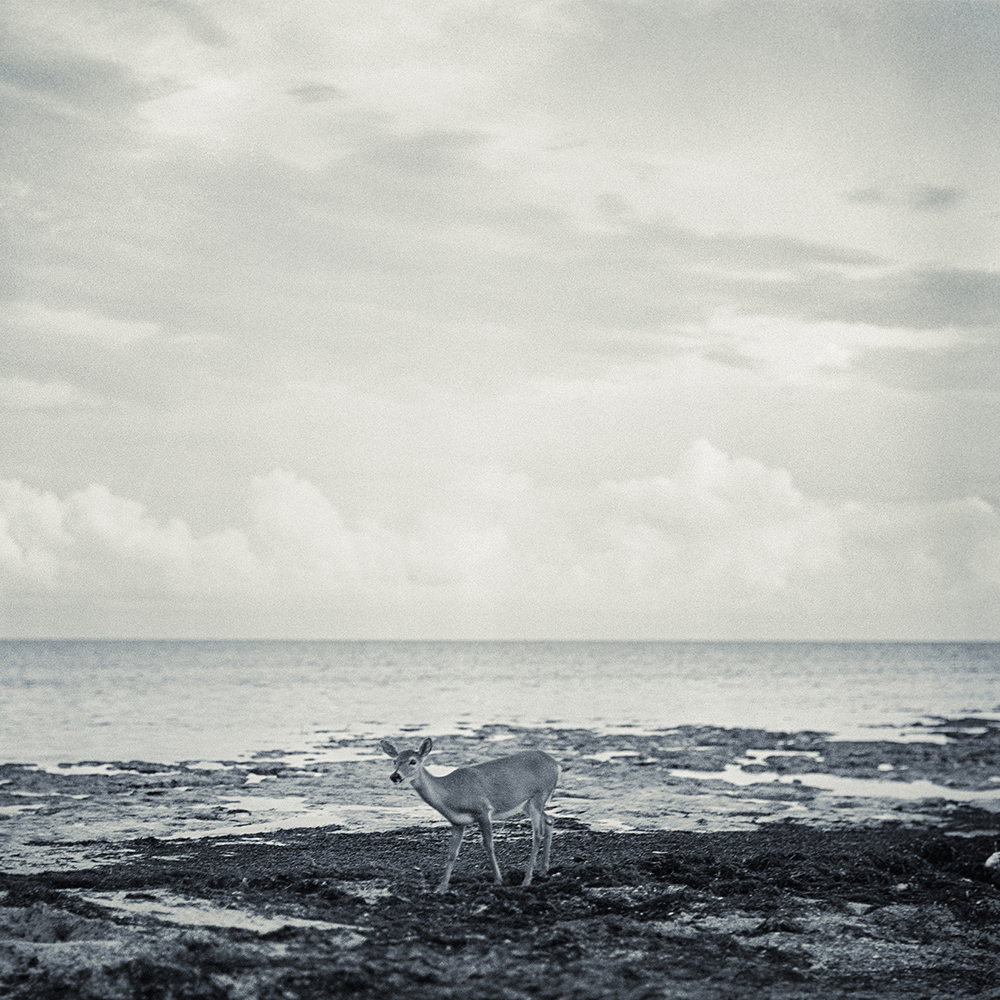 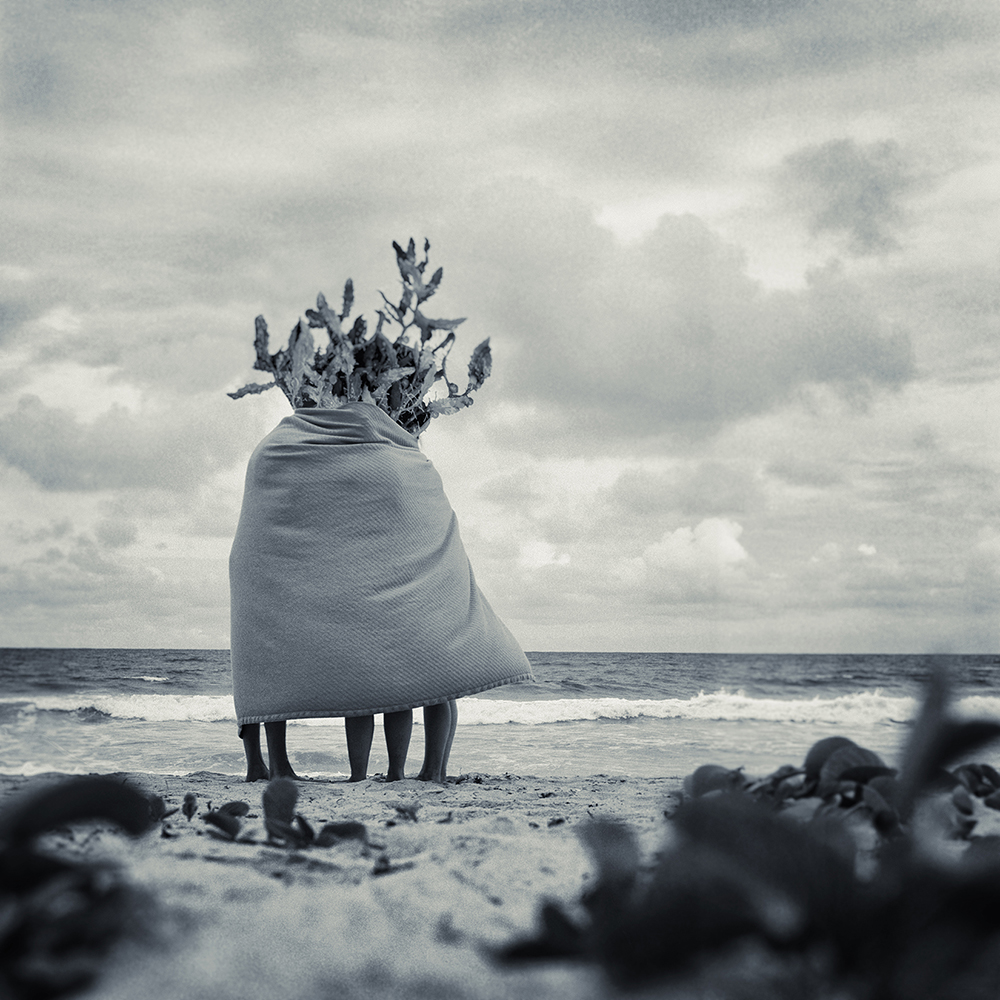 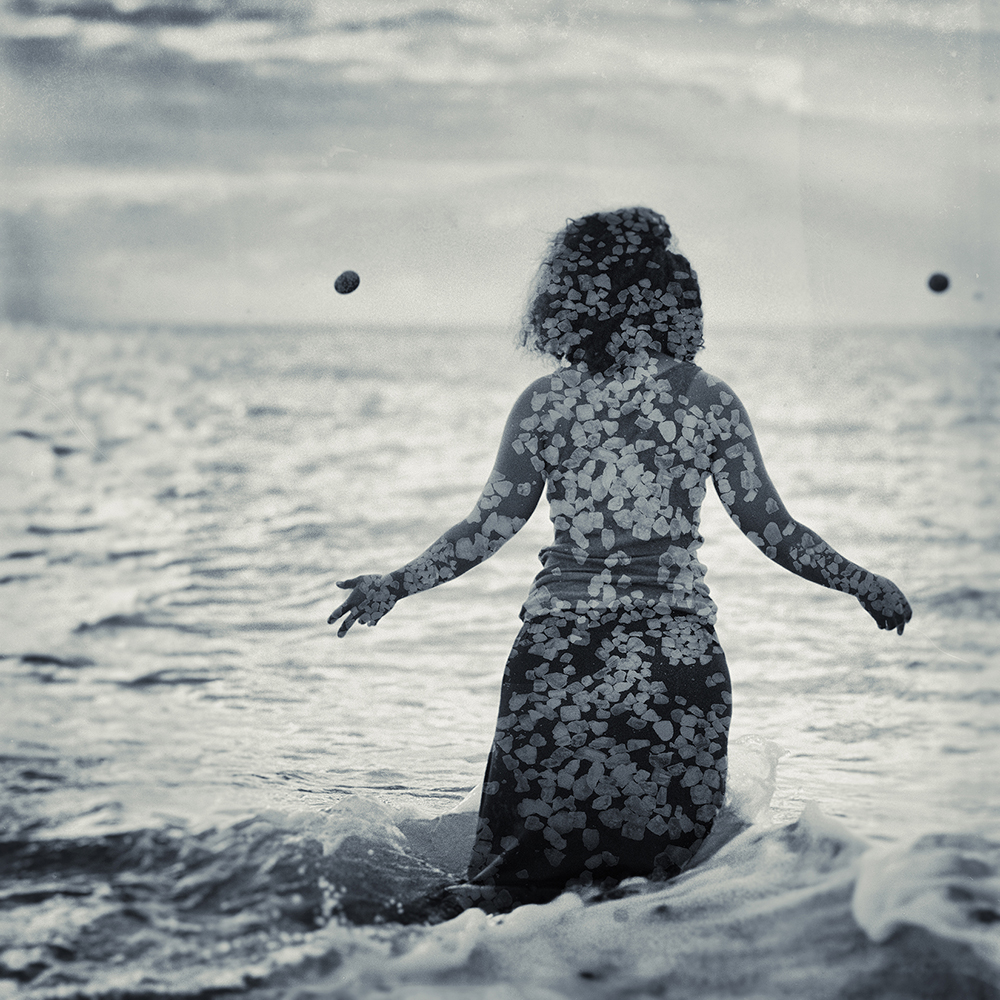