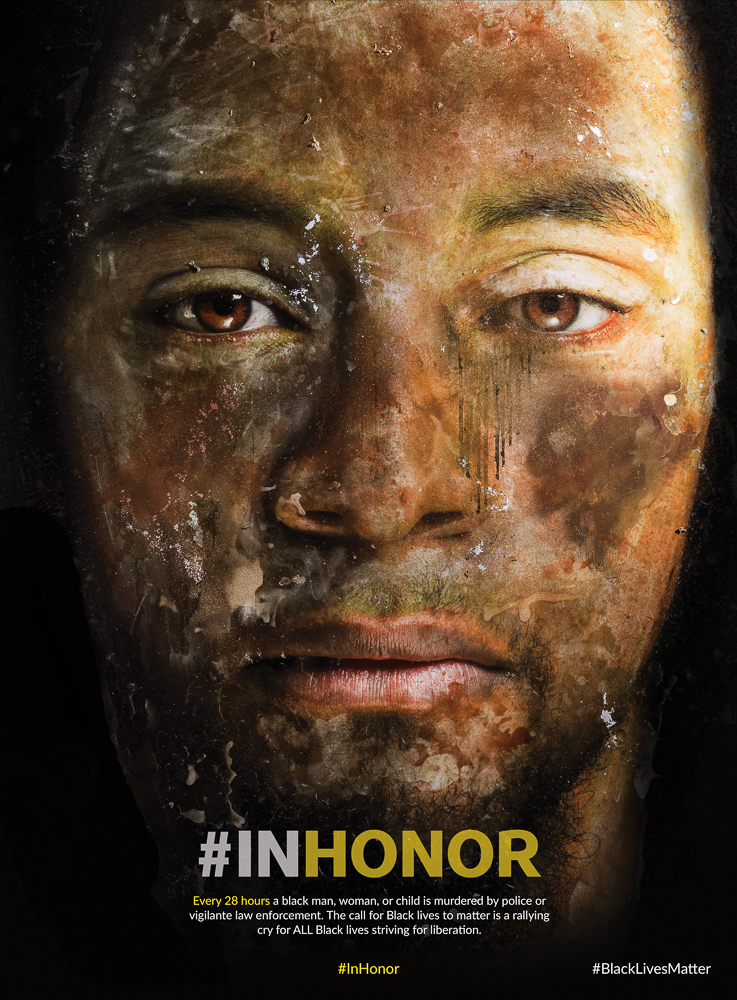 Atlanta Celebrates Photography is in full swing, and one of the highlight exhibitions is Ervin A. Johnson’s powerful portrait project, #InHonor at the Arnika Dawkins Gallery in Atlanta, GA, running through December 16, 2016. #InHonor is comprised of portraits that have been distressed and/or collaged as a way to mirror the violence and destruction suffered by many black Americans, mimicking the brutality done to the black body which is represented both physically and mentally in his work. His collage work is the result of multiple layers of 4×6 photographic images to form a face. The initial layer has the most paint and is usually where he renegotiates the pigment of the photo paper with various solvents and paints. Additional layers are added back and removed until Johnson is satisfied with the end result. He is inspired by the abstract expressionism movement that requires that the artist exert physical force to make the work.

Ervin A. Johnson was born and raised in Chicago, Illinois. After graduating from the University of Illinois at Urbana-Champaign with a bachelor’s degree in Rhetoric, he began work on his second bachelor’s at Columbia College, Chicago in photography. Most recently he has completed his MFA in photography at Savannah College of Art and Design. Ervin utilizes photo-based mixed media to reimagine his cultural and racial identity via photography and video. In his most recent body of work, #InHonor, Ervin pays homage to the lives lost to police brutality and racism. 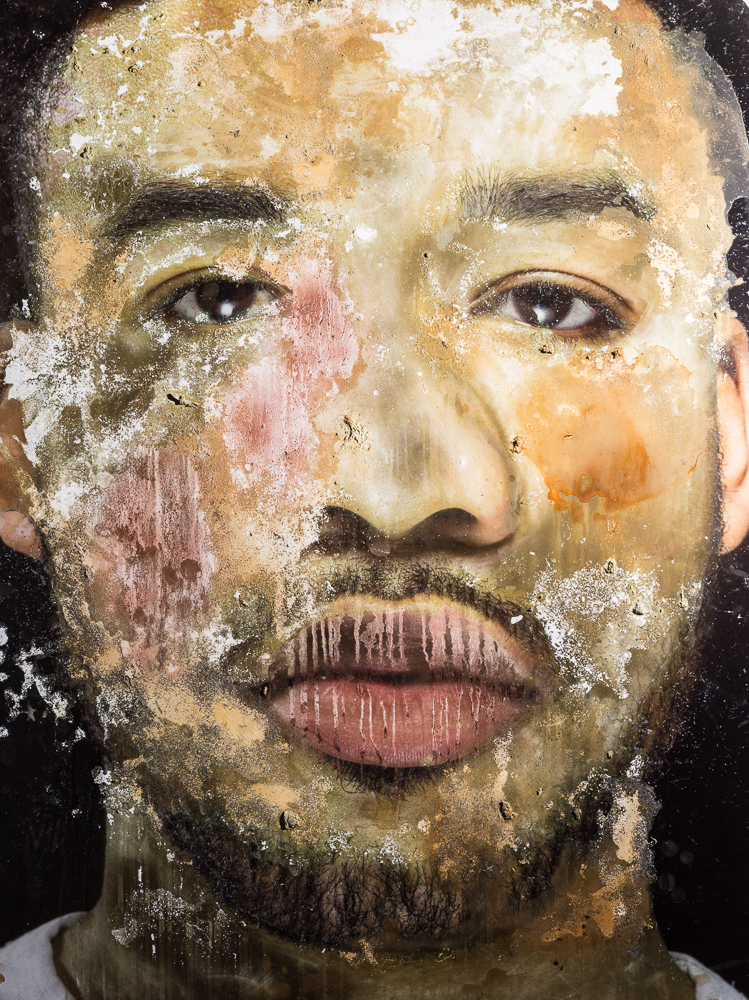 Ervin shares his experience of being a black photographic artist:

I was told a very long time ago that to be both gay and black would be the biggest struggle in my life. All black children learn early that we are different, and that we must navigate this world differently as an “other,” deemed so by those who fear our potential. In my day to day life I’ve watched myself and others like me move through the world with a hypersensitivity and awareness of how others perceive us. What I love now with the exponential resurgence in self-acceptance within ourselves is that we’re no longer allowing outsiders to define what black beauty is. We have found strength in the reflection. As my art is concerned I’ve always been very intentional about my use of the black body. With all my series I want to renegotiate its place in history thereby making for it a new place in the present and future. 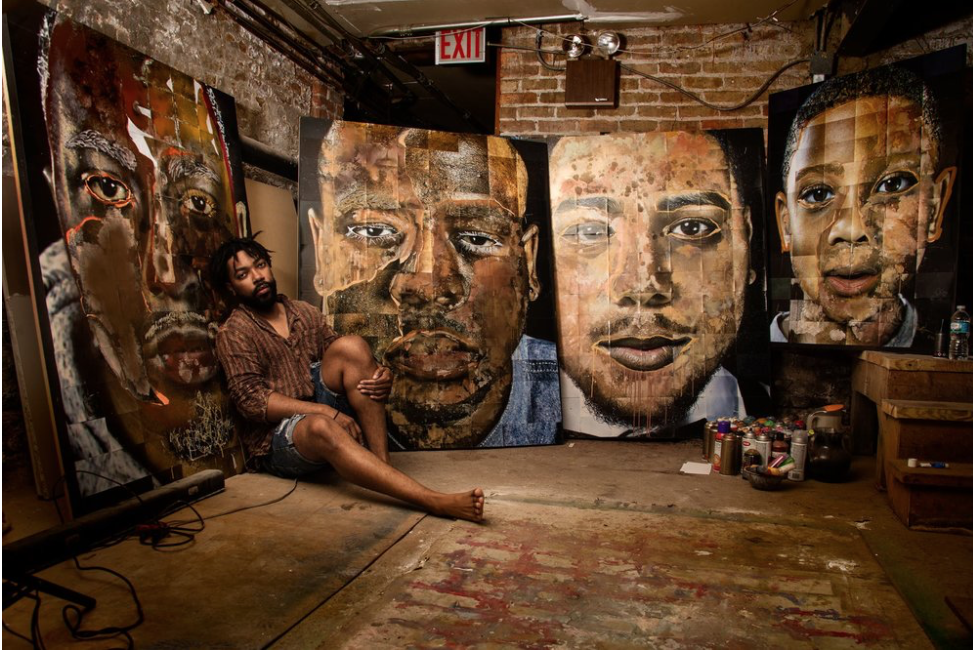 Ervin A. Johnson in his studio

I began #InHonor as a personal response to the killings of Black people across America. To be completely honest the work was born out of guilt. All of my friends had rallied up in arms to march for Trayvon Martin and Eric Garner. I, on the other hand, was nowhere to be found. I felt guilty. I consider myself, for the most part, a conscious individual and so my silence became a burden. When the time came for me to be vocal with my peers I chose the path of cowardice. What real change would come of my presence as a young gay black man at a march in which half of my people don’t accept or acknowledge me? Still though I felt moved to do something. Whether or not I was accepted was something I had and will always deal with, I had to come to terms with that before anything else. 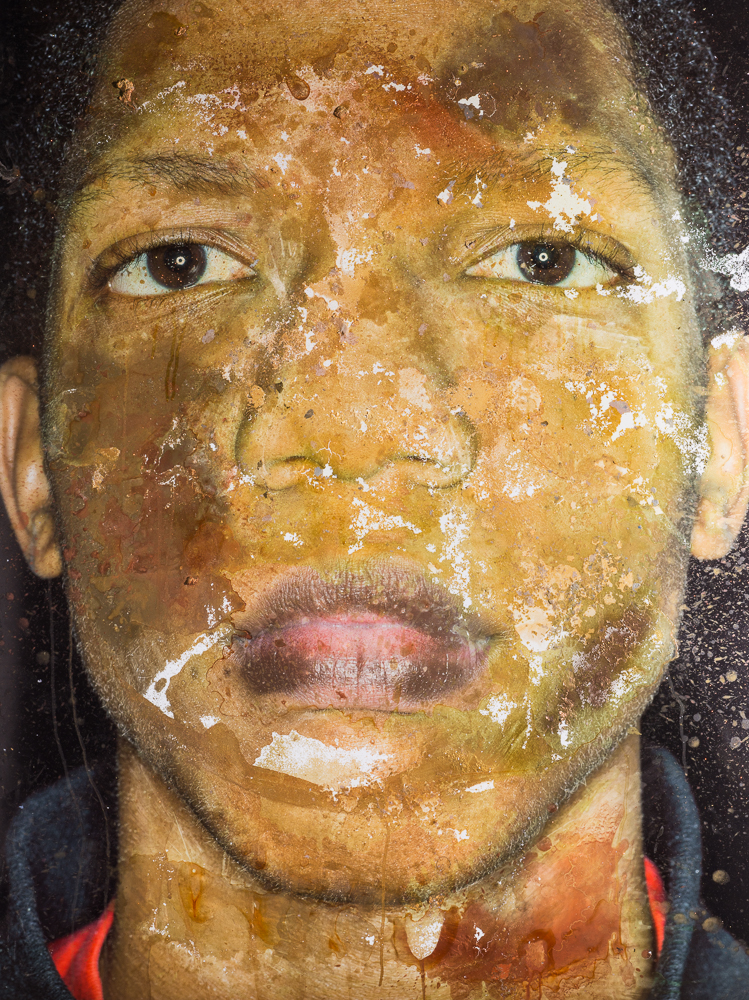 #InHonor is a series of photo-based mixed media portraits made to honor Blackness as it exists in its various forms. More specifically it speaks to the violence and destruction occurring across America, in the form of police brutality. The skin color is removed from each portrait and then aggressively renegotiated. Pigment stands in for an idea or preconceived notion about a particular type of human experience. That experience is culminated and summed up in a word; Black. Questions of tangibility and digital approximations of an entire race are raised. What does a digital approximation of skin color mean and what does it mean to physically remove it and reapply it? The faces are forever transformed, just as our world is with each loss of life.

The work continues today and will continue as long as lives are lost from racism and police brutality.” 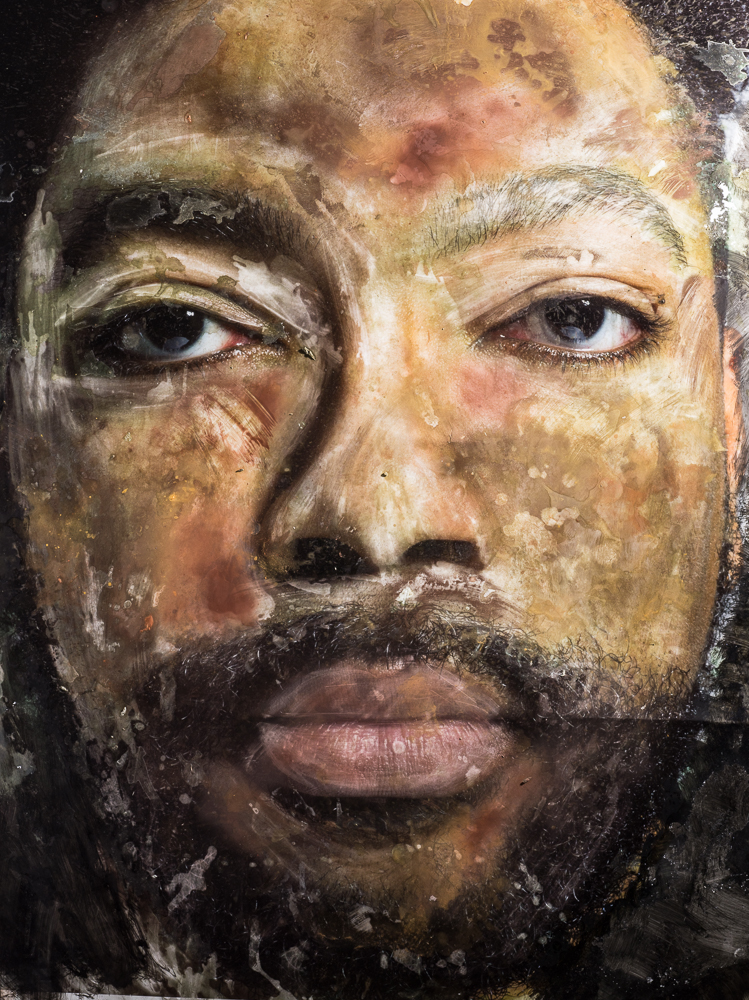 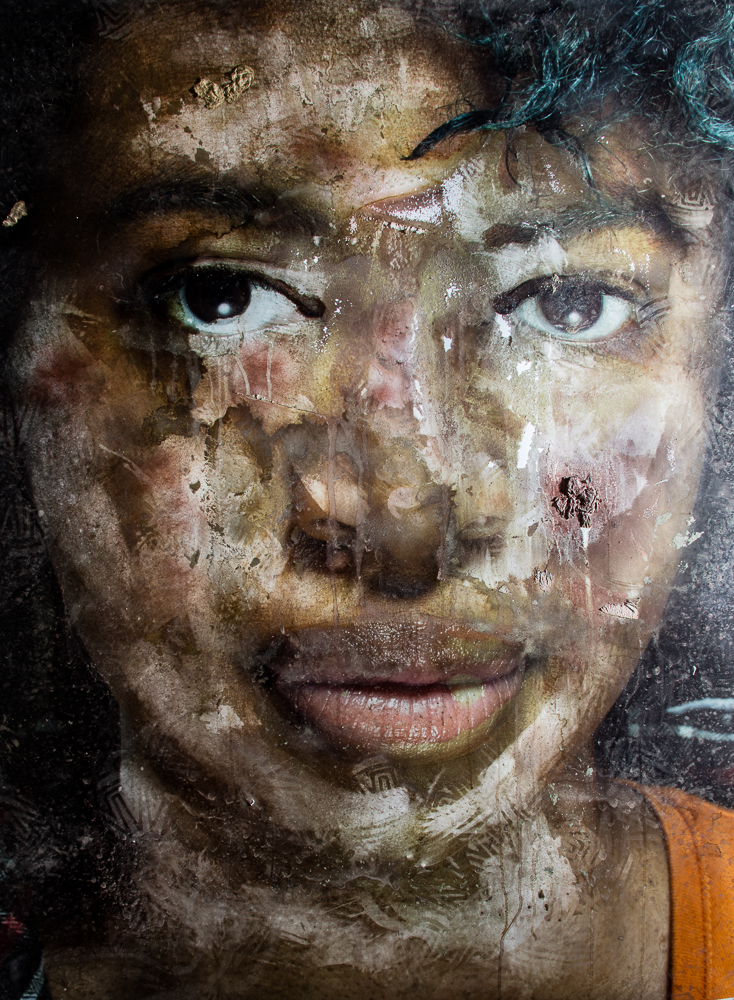 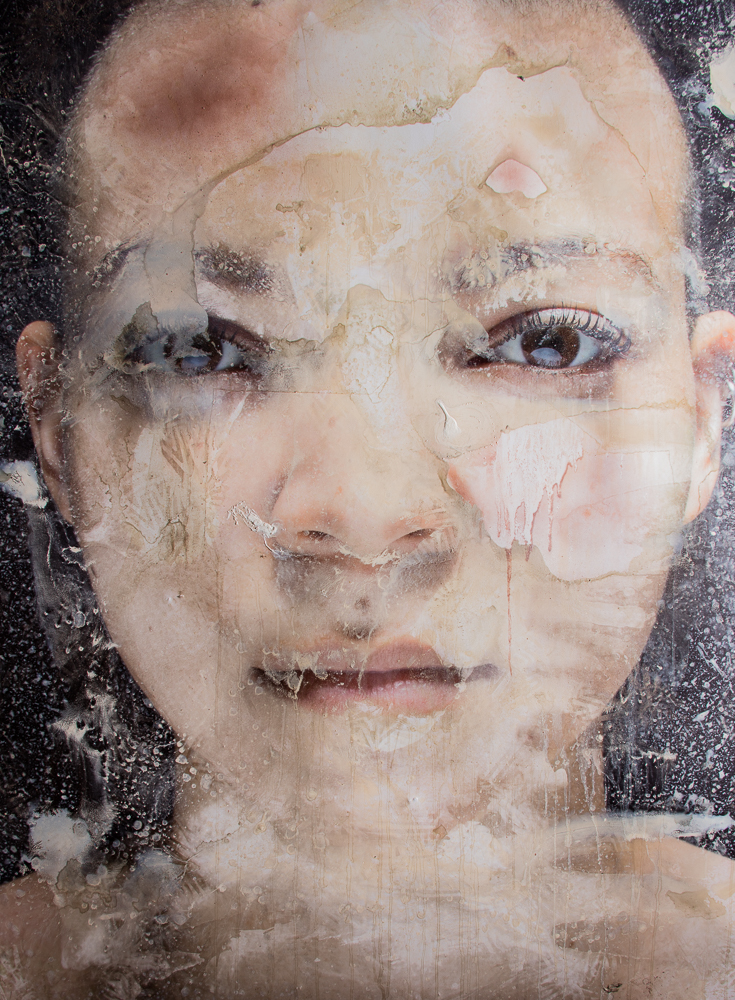 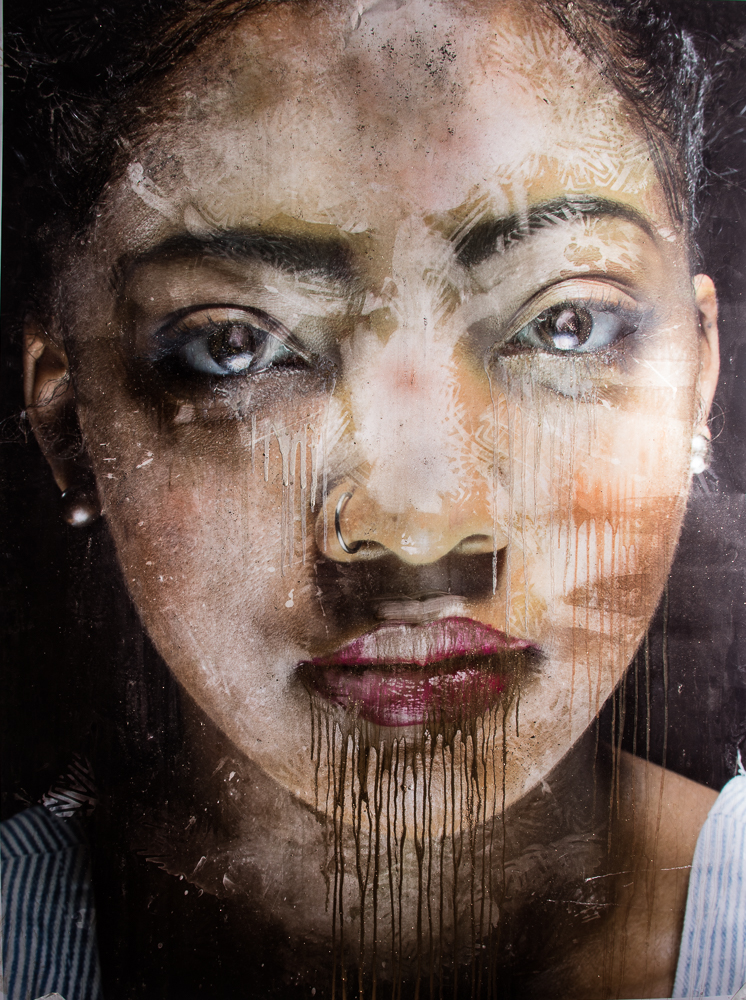 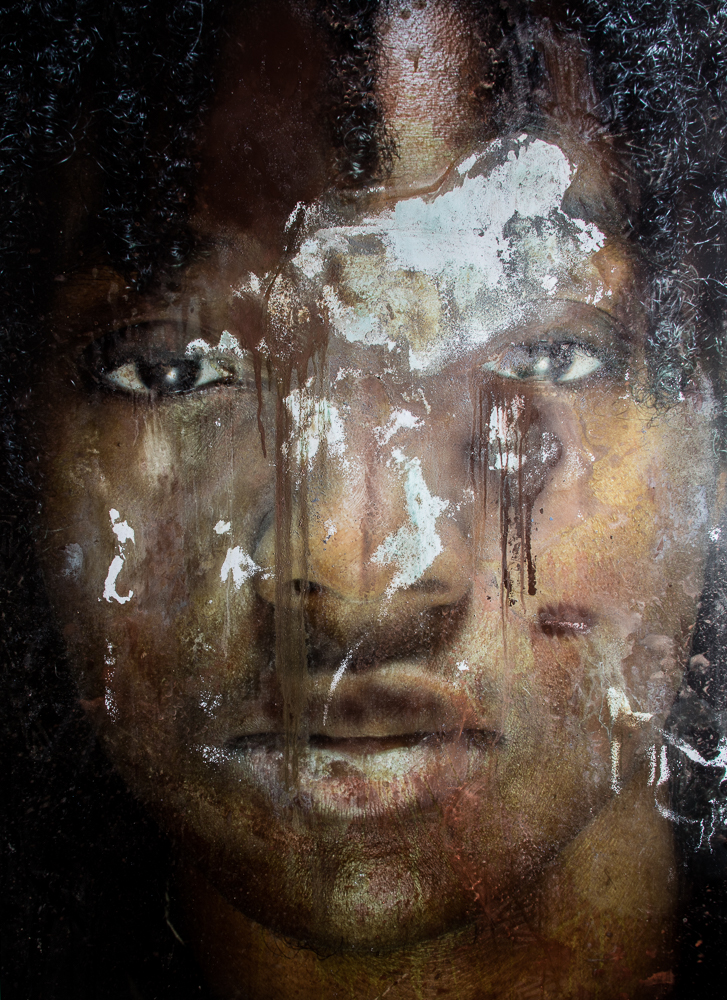 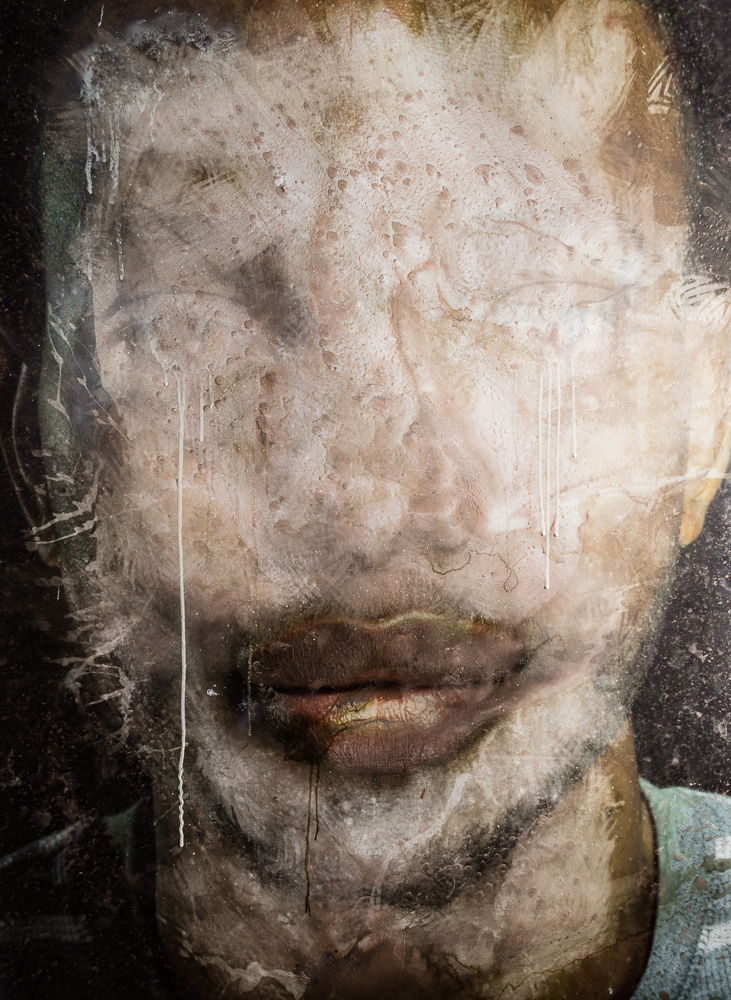 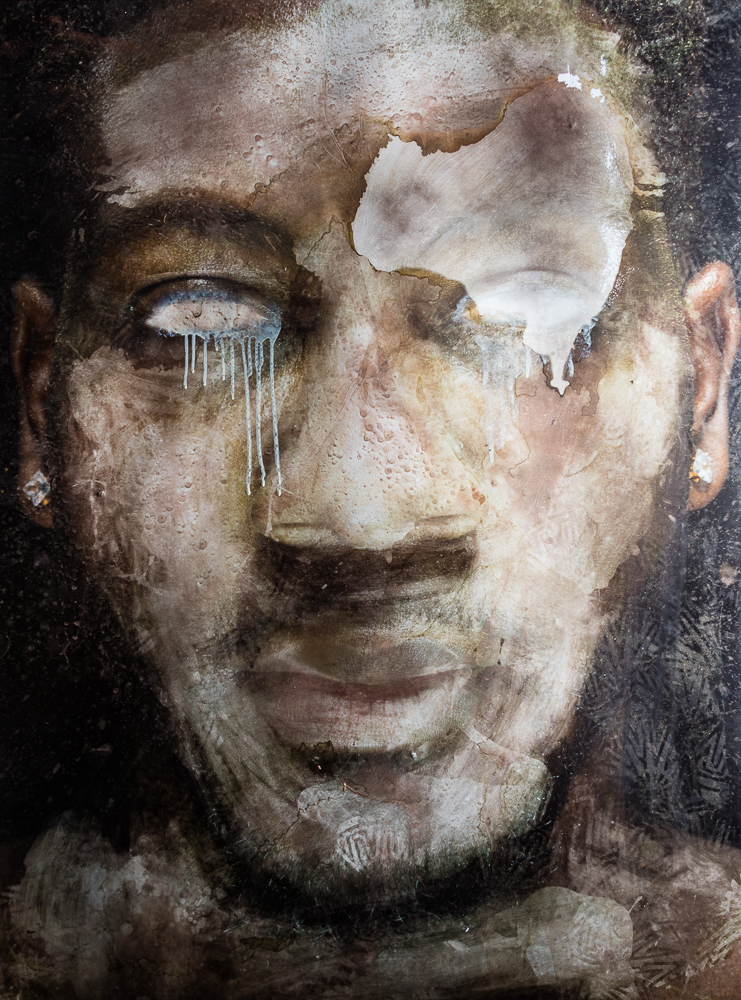 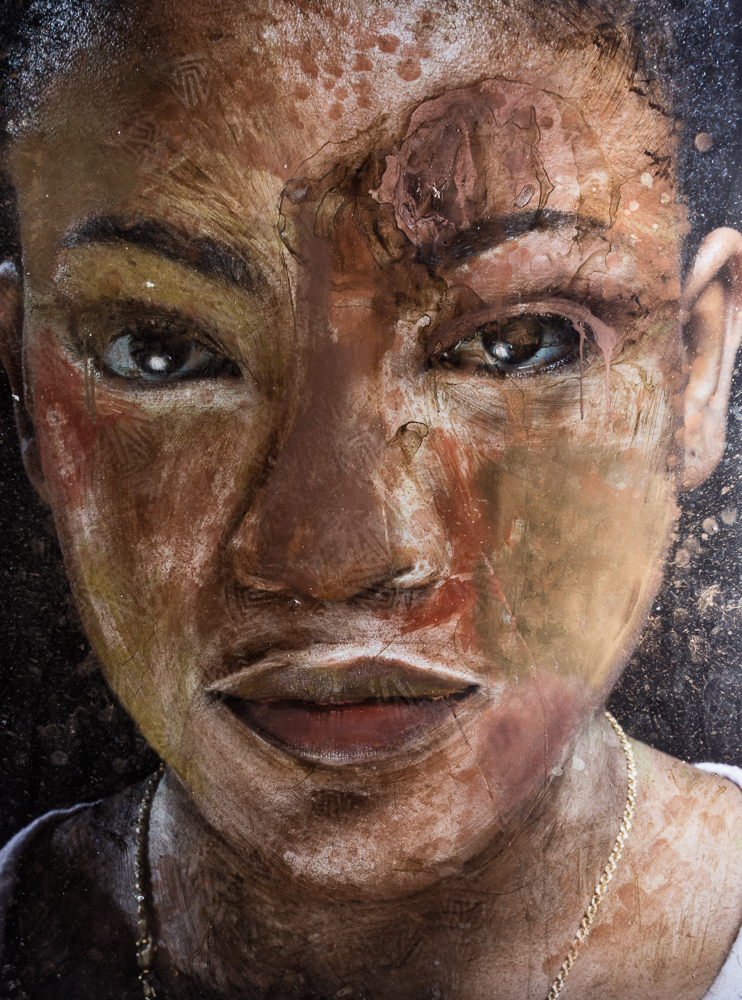 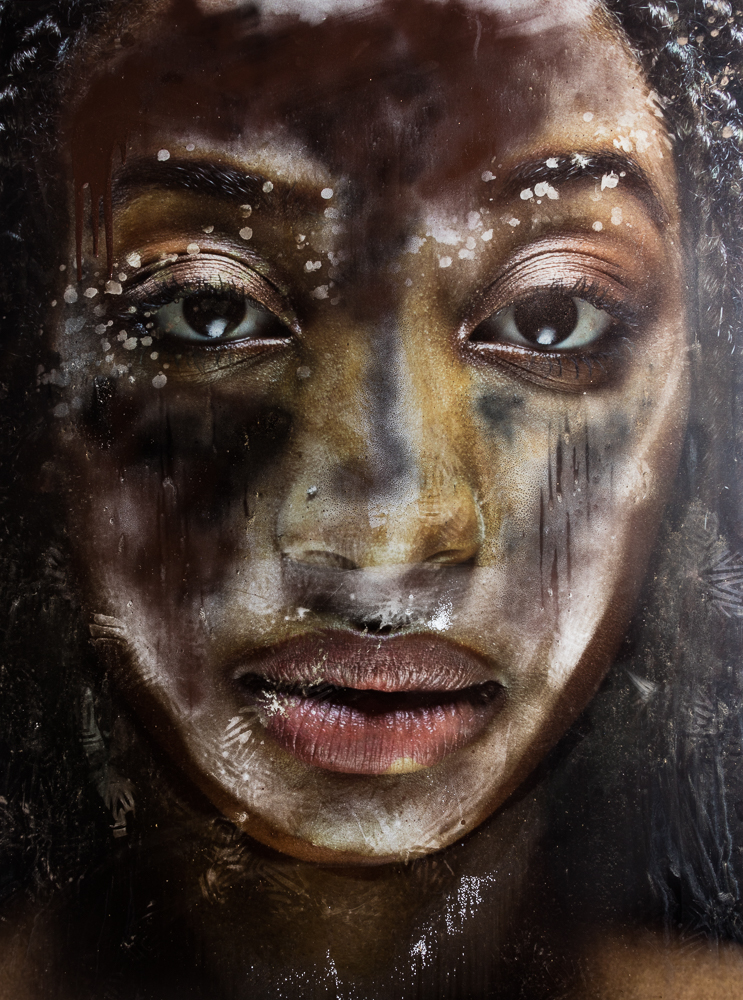 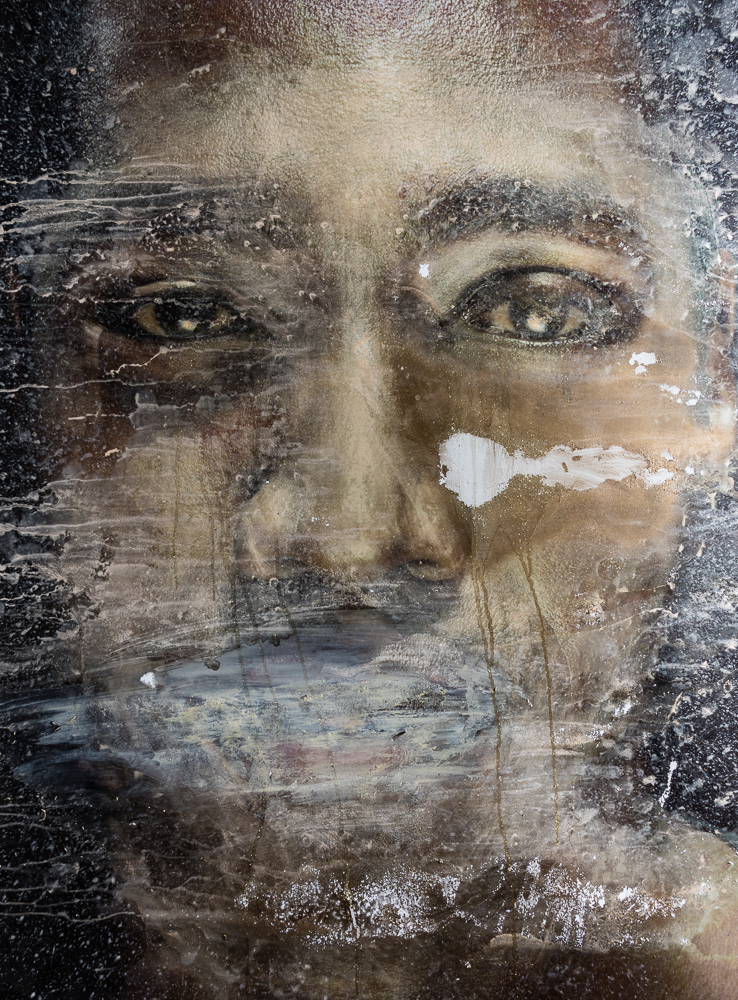 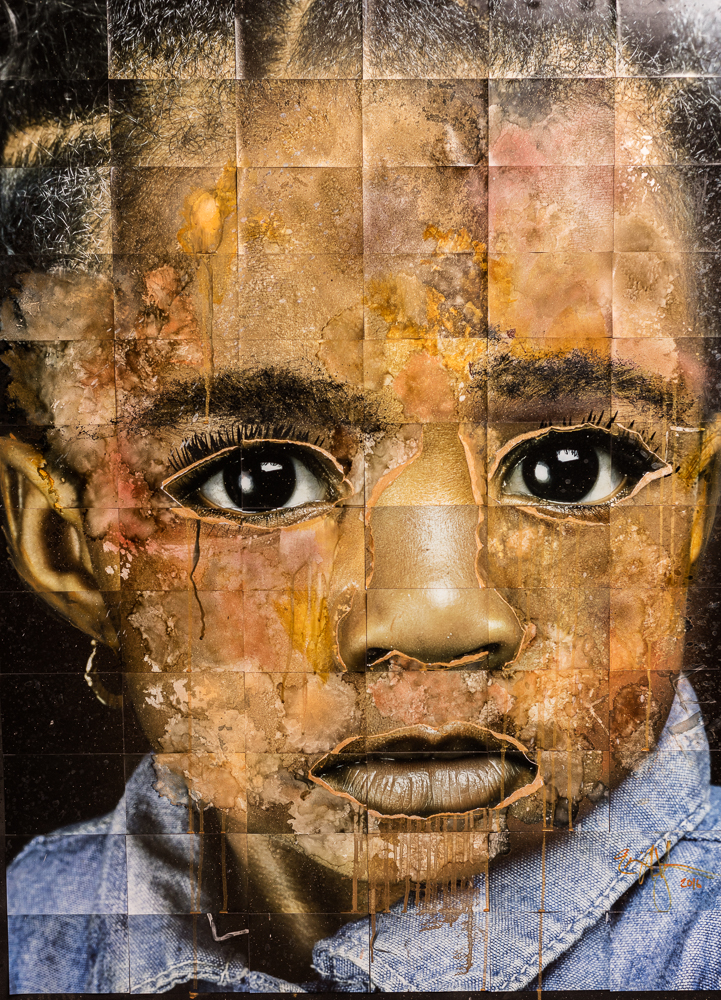 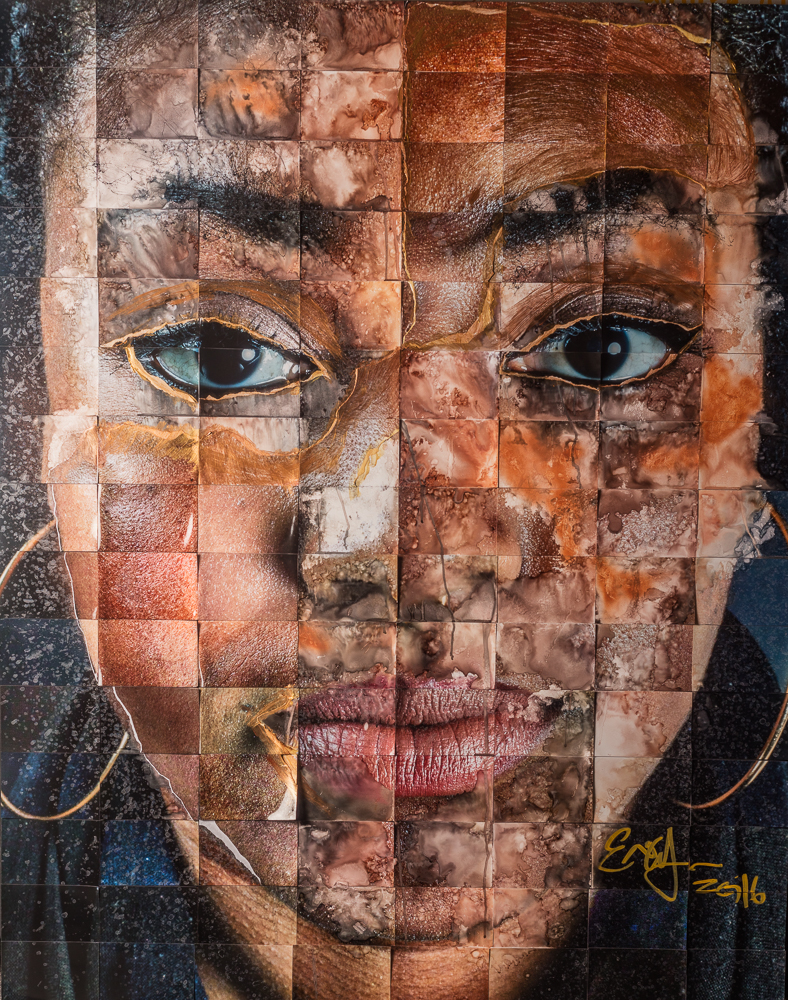 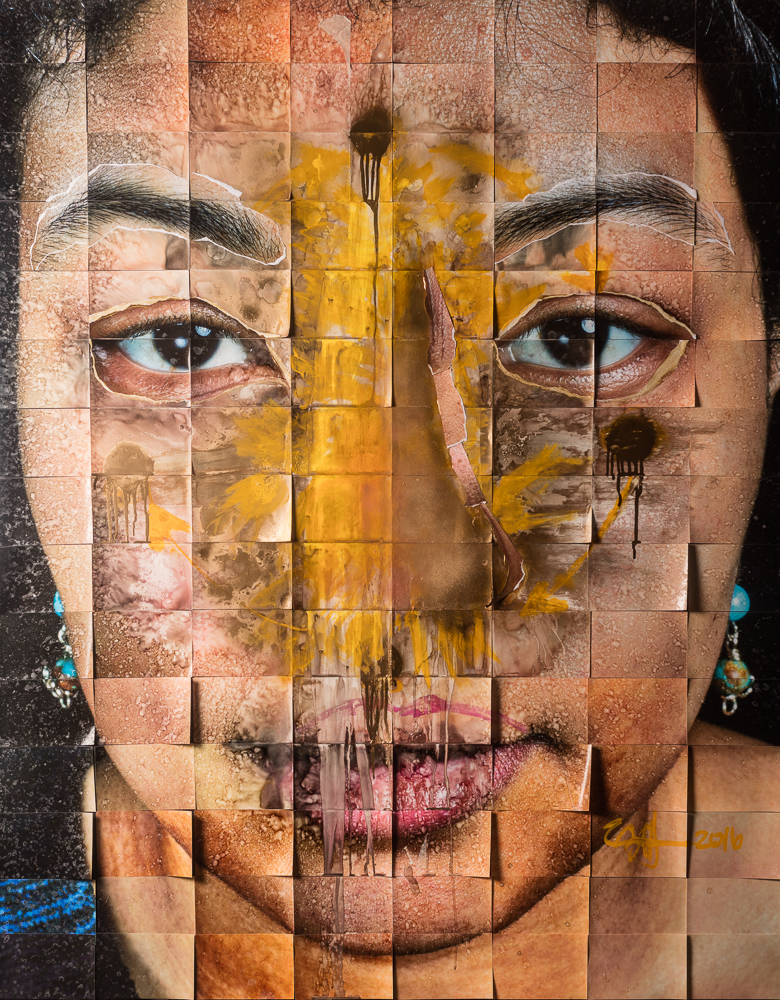 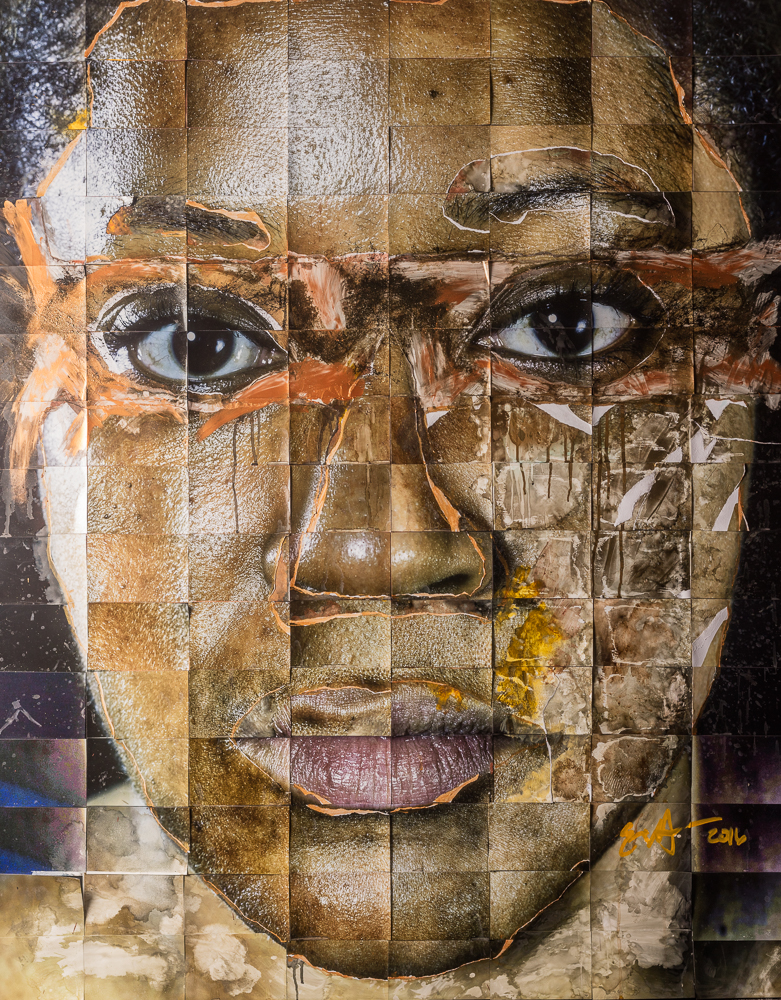 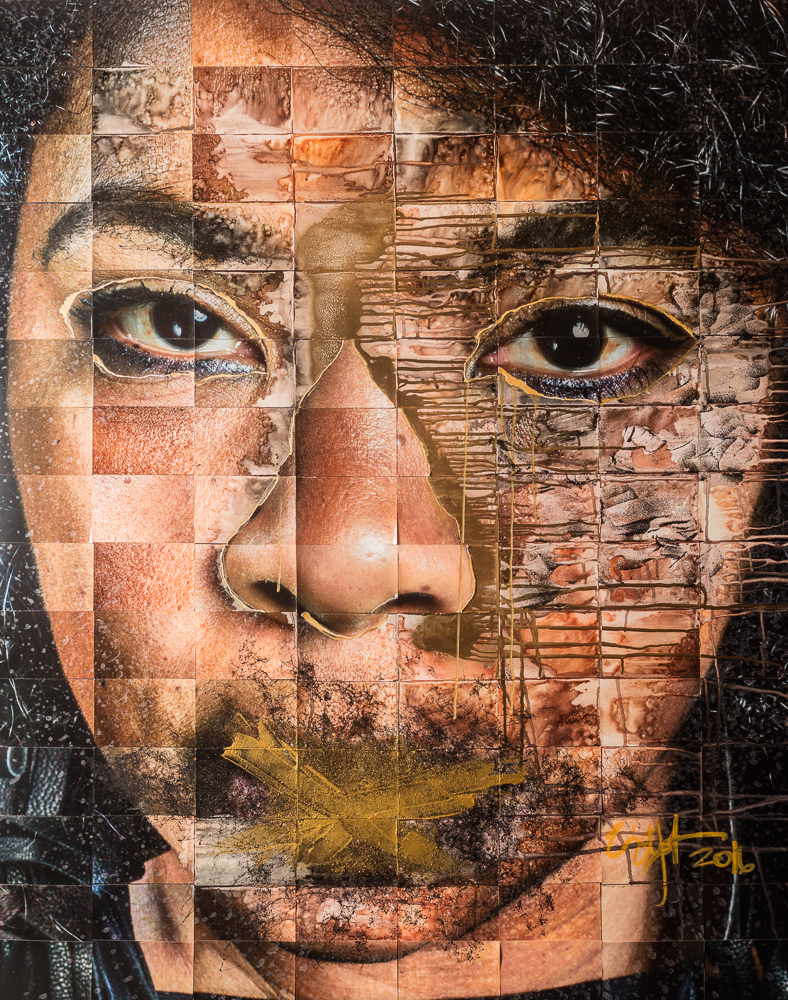 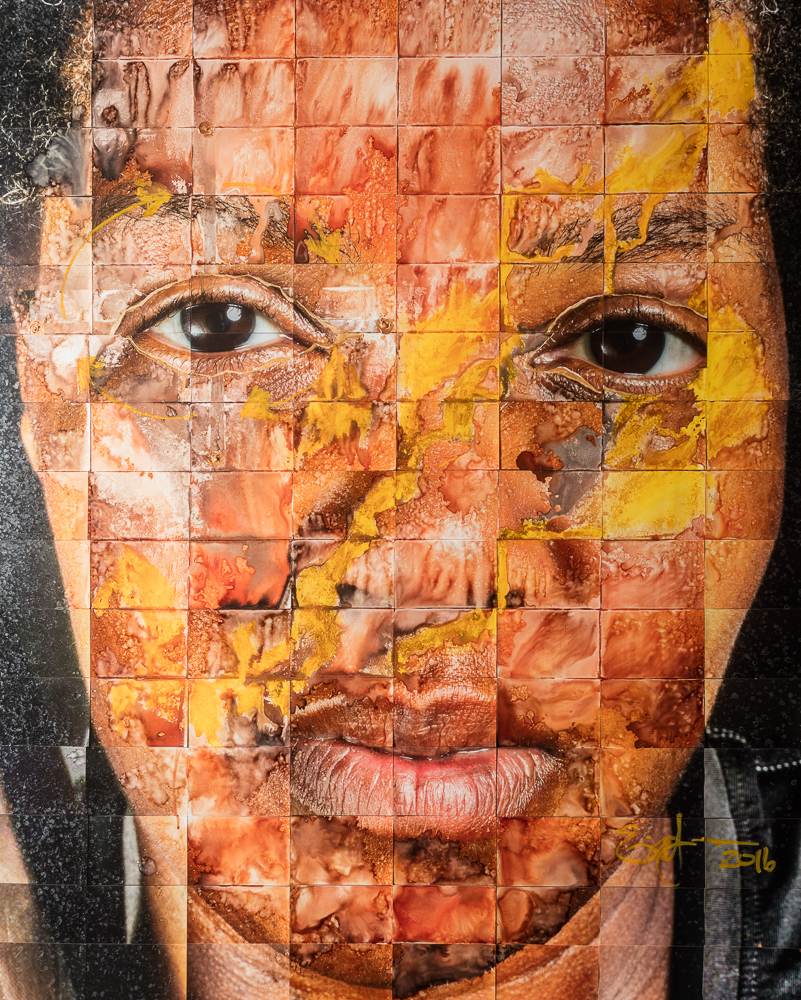 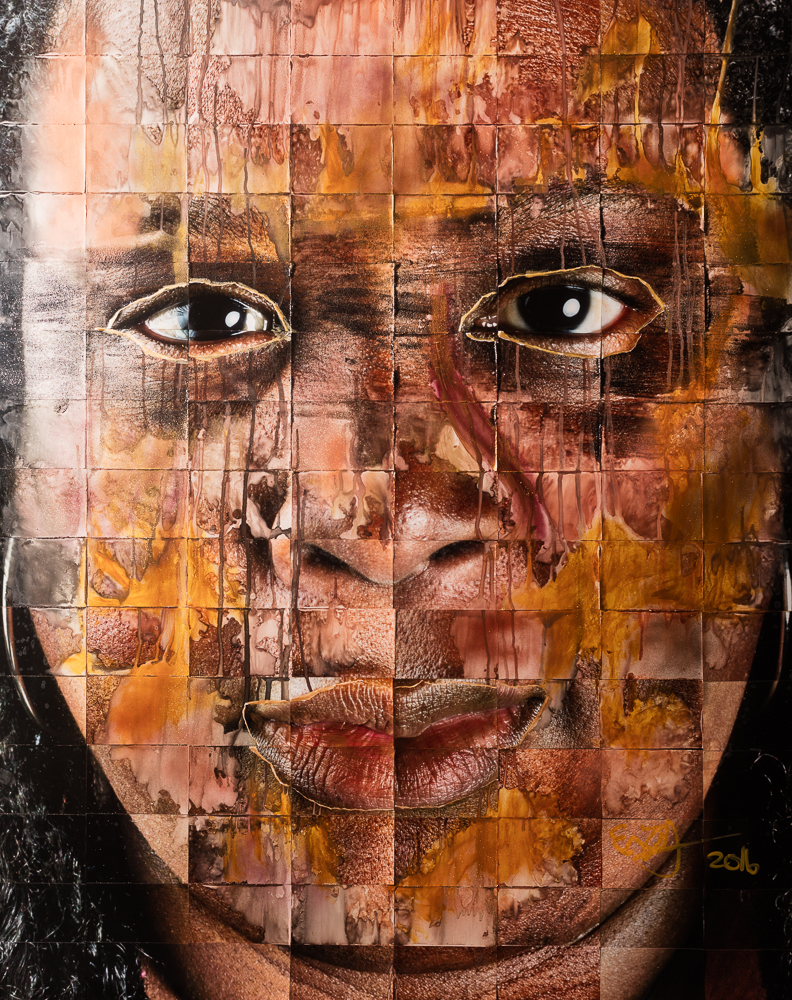