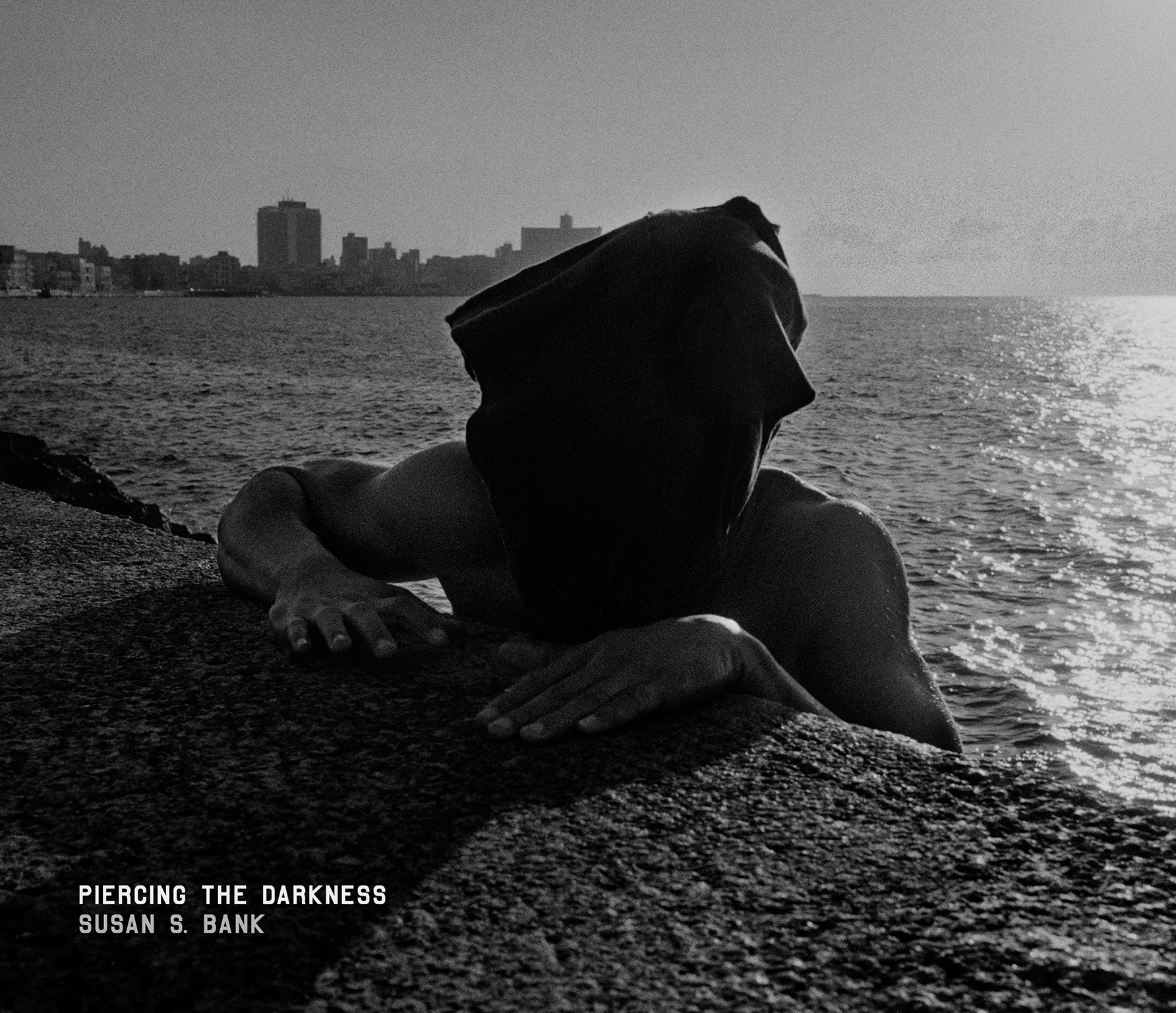 Many photographs have been made in Cuba, but photographer Susan S. Bank manages to bring an elevated and unique way of seeing to her Cuba reflections. Perhaps it’s that she has spent a decade walking the streets of Havana in search of small, authentic moments, or perhaps it’s her love of Walker Evans Havana. Whatever the reason, the result of her efforts is a beautiful and intimate look at a culture in transition and a terrific new monograph, Piercing the Darkness, published by Brilliant Press, with essay Waiting for the Invisible by John T. Hill.

A selection from Piercing the Darkness was exhibited in “100 Years of The History of Photography of the City of Havana,” curated by Nelson Ramírez de Arellano, at the 9th Habana Bienal 2006. Throckmorton Fine Art in NYC recently selected work from the Havana series in a group exhibition, “Under the Cuban Sun.” Piercing the Darkness was selected for the 2016 Lucie Awards as First Place, Non-Professional Monograph category. Images from the series are included in a traveling exhibition, “Los Dios” as Latin Fotografia V winners in NYC, LA, Brazil, and Brooklyn Photoville 2017. Bank will be participating on a panel discussing Photography and the Photo Book, moderated by Stephen Perloff at the InVision Photo Festival, Bethlehem PA. November 2016. 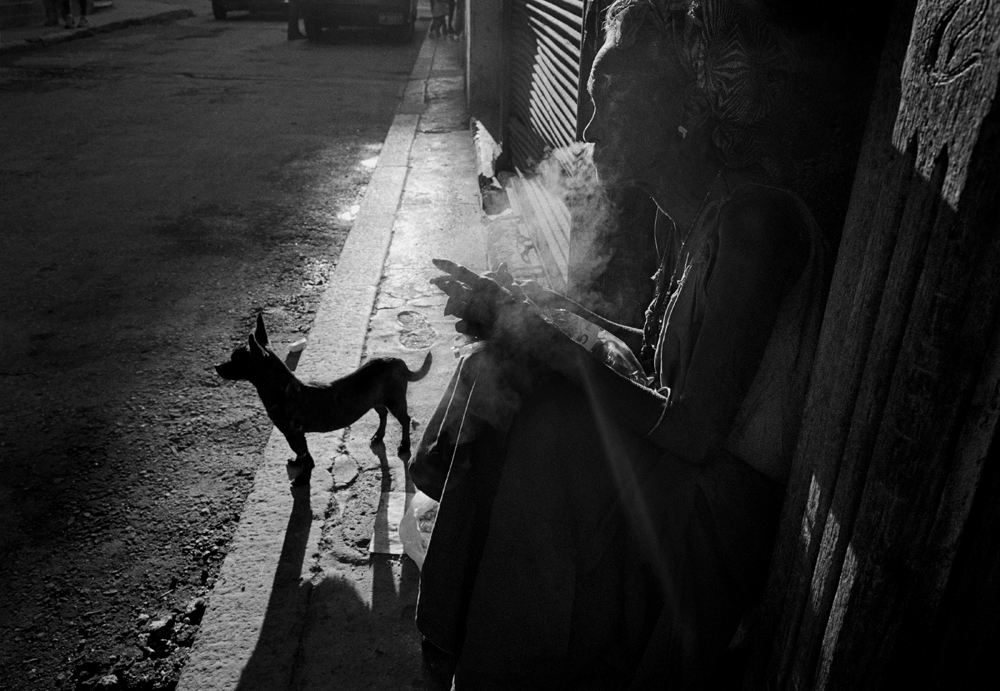 Susan S. Bank resides in Philadelphia PA and Portsmouth NH, living her early years on a New England island village. Educated at Barnard College and the University of Edinburgh, a snapshot shooter most of her life; Bank decided to become a serious photographer at the ‘perfect point’ at age 60. Largely self-taught, she studied through Maine Media Workshops with masters Mary Ellen Mark and Graciela Iturbide in Oaxaca, 1997-98, David Alan Harvey in Havana, 1999, and with Constantine Manos in Havana, 2000.

Bank’s self-published first monograph Cuba: Campo Adentro, an intimate portrait of the daily life of Cuban tobacco farmers and their families, was selected as “One of the Best Photography Books of the Year” 2009 PhotoEspaña and named “Best Books 2009,” Photo-eye Books. Her award winning documentary photography has been exhibited in the United States, Mexico, and several venues in Cuba, including The Fototeca, Havana. Bank’s work is collected by museums in the United States, Cuba, Spain, and Mexico, most recently The Center for Creative Photography, University of Arizona, Tucson. She collaborated with curators, Professor Ricardo Viera of Lehigh University and Margarita Aguilar, Director of El Museo del Barrio, for the traveling exhibition “Viajeros: North American Artists/Photographers’ Images of Cuba.” Bank continues to work with her Leica M6 on projects close to home, including the Salisbury Beach series. Her favorite photo books are family albums. 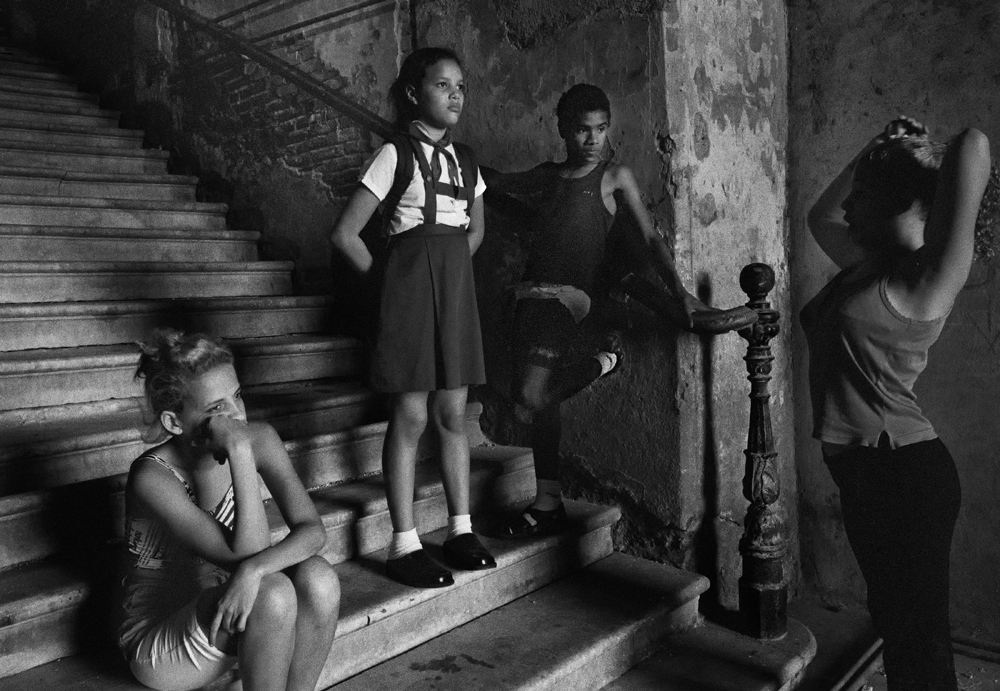 I have known more than twenty Cubas yet only know that Cuba is an island in the shape of crocodile 90 miles from the Florida Keys. As an outsider (extranjera), my desire to travel to Cuba as a photographer was driven by studying Walker Evans Havana monograph.

I cast a wide net (1999-2009) eventually settling in a valley in Pinar del Rio Province, living illegally in homes with tobacco farmers (campesinos), living with no modern conveniences. Photographers ‘dream’ about working with people who have never been photographed!

Encouraged by curators, I self-published my first monograph Cuba: Campo Adentro (Deep within the Countryside), a portrait of daily rural life illustrating the rainbow of colors of the human condition.

Havana, that illusive, maddening metropolis was my headquarters. I lived in Havana Central in private homes . . .up at dawn to photograph the city waking up to another unpredictable day of street TV. I waited for the invisible . . . retracing my steps with my Leica M6 . . . peeling away the veneer of that tropical, mythical paradise.

The pleasure of the creative, collaborate process of book making led me to produce my Havana monograph published by Brilliant Press, 2016.

In my next life I plan on ‘returning’ as a Cuban cabaret singer. 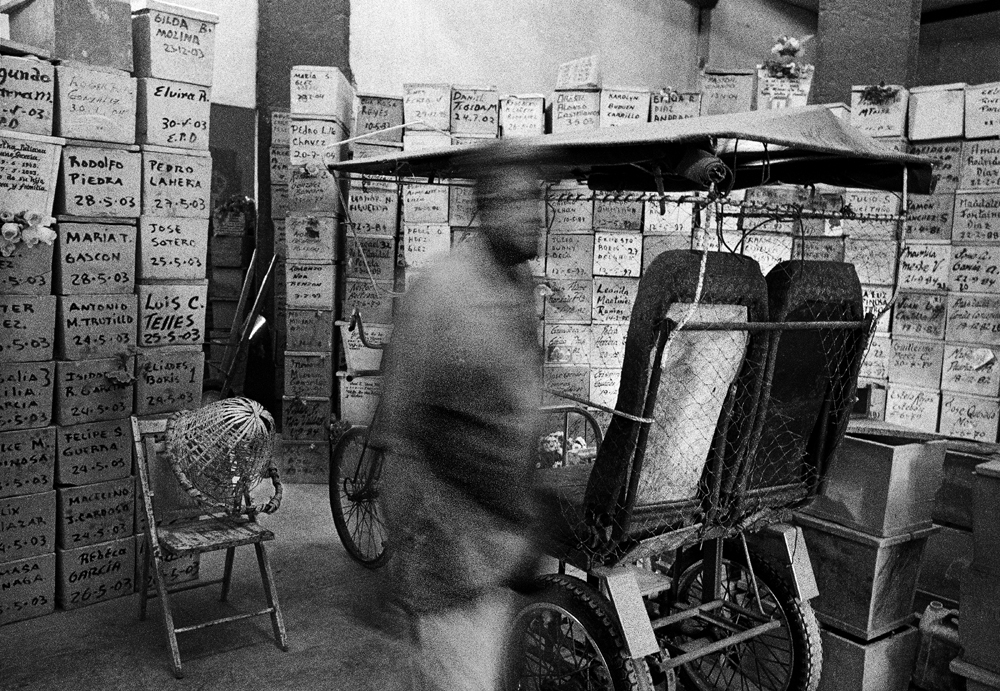 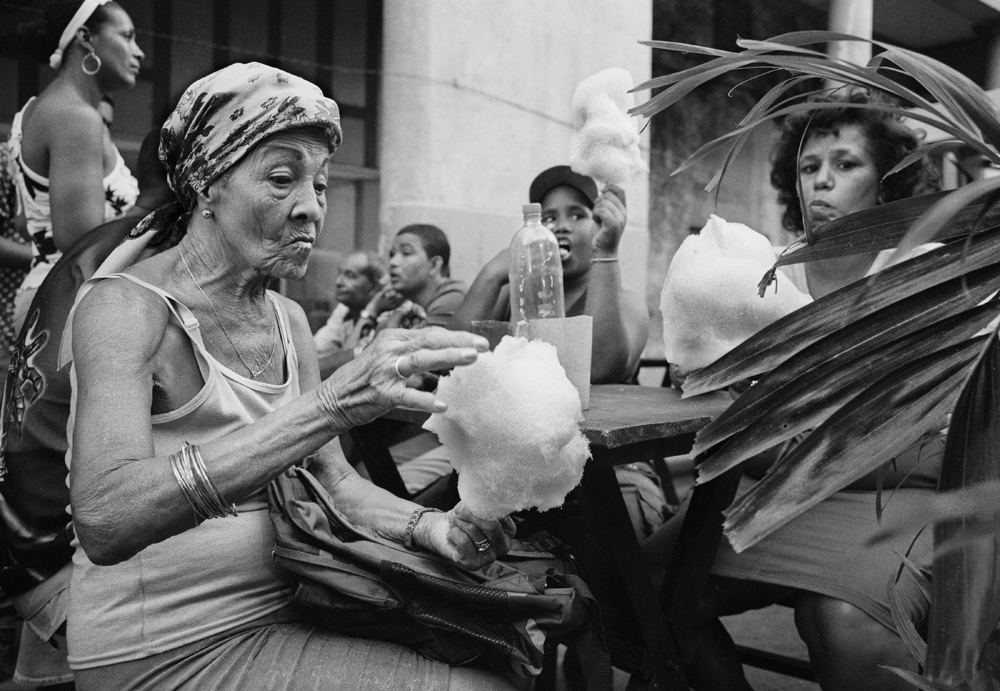 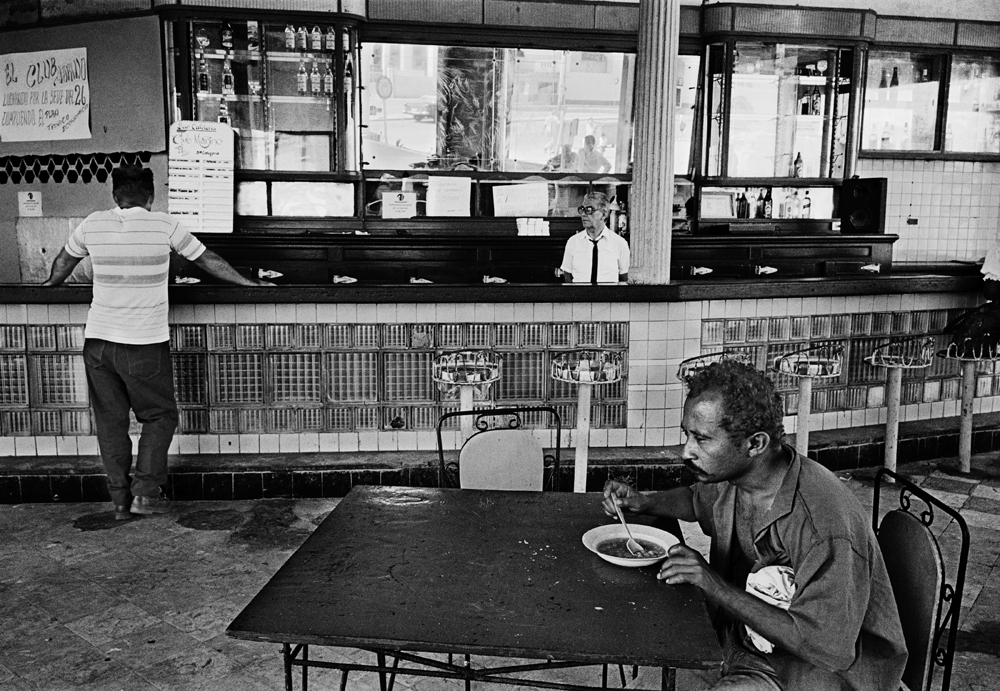 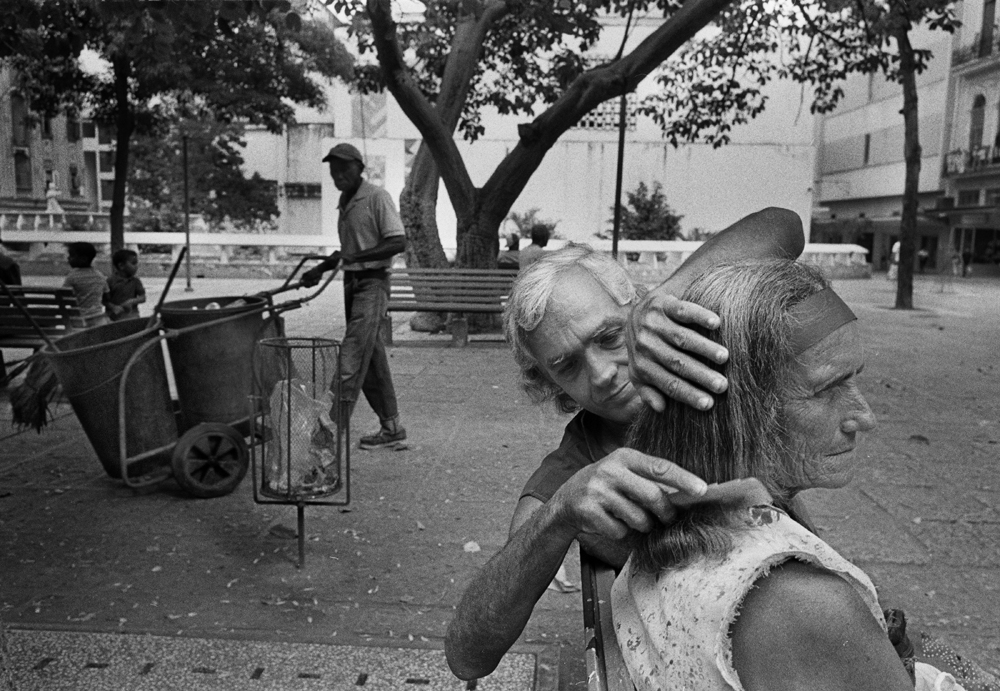 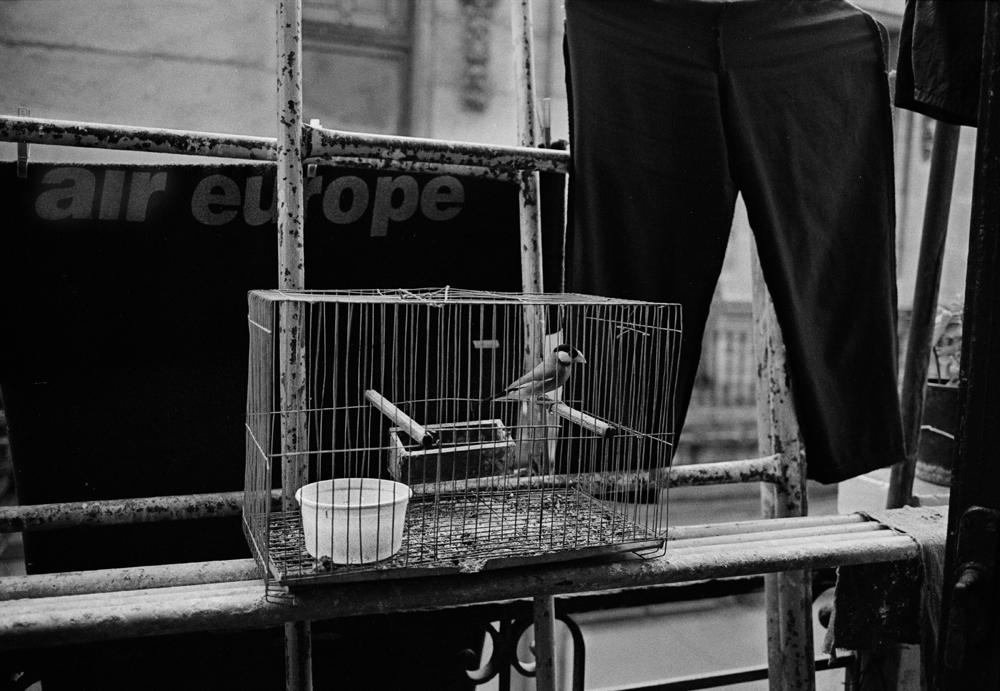 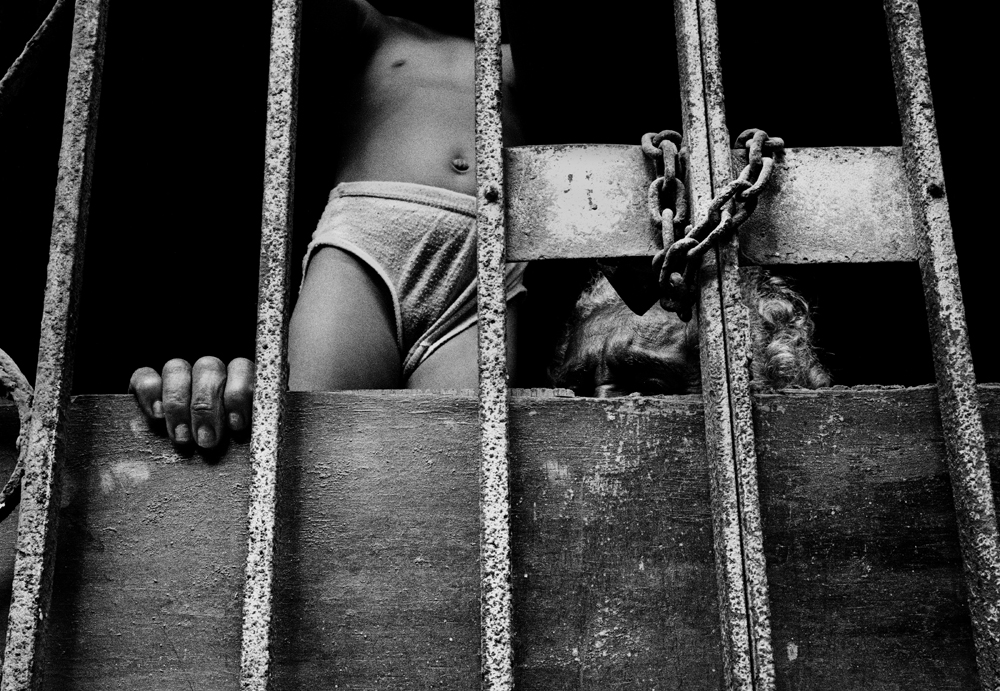 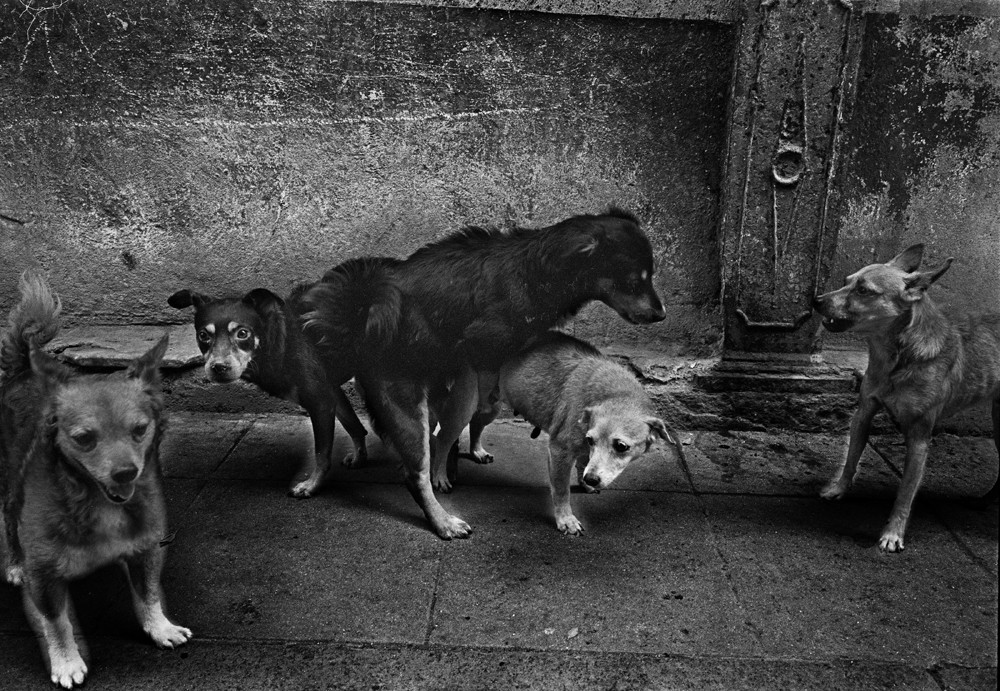 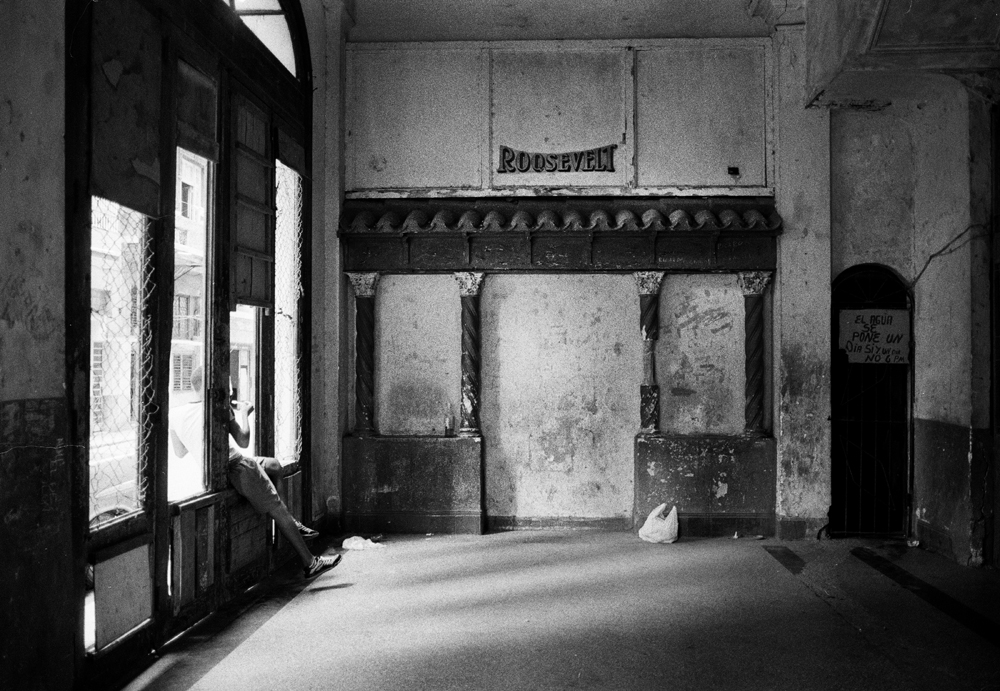 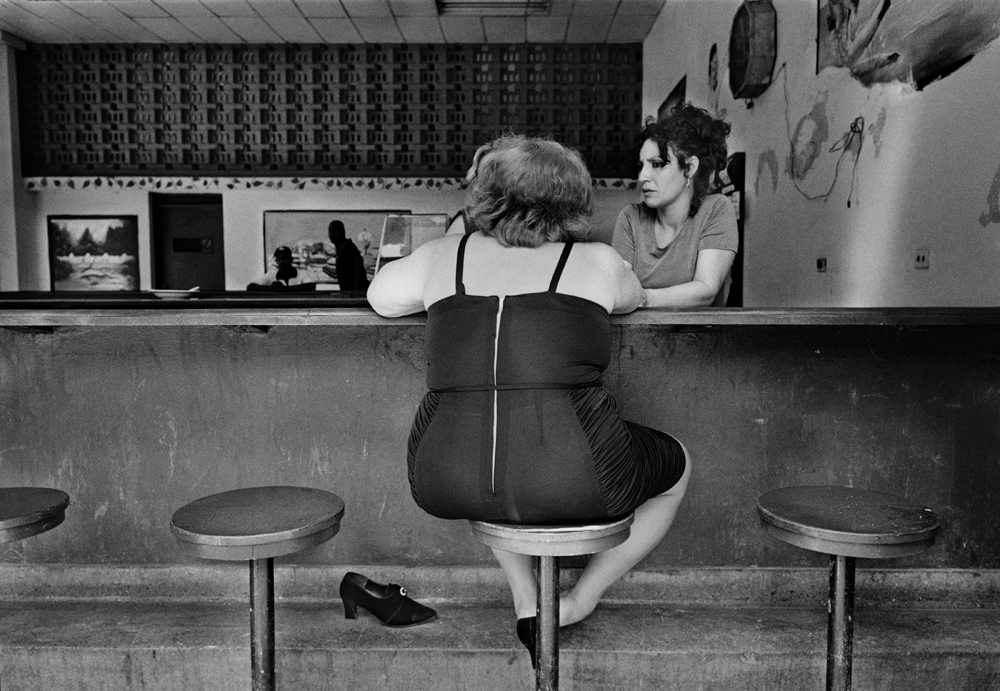 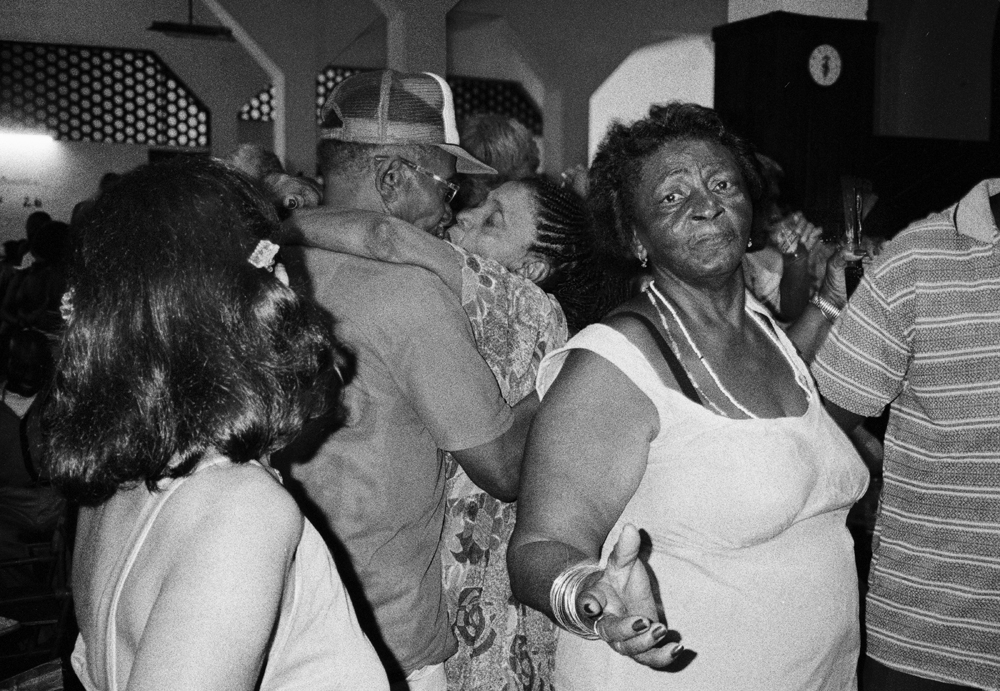 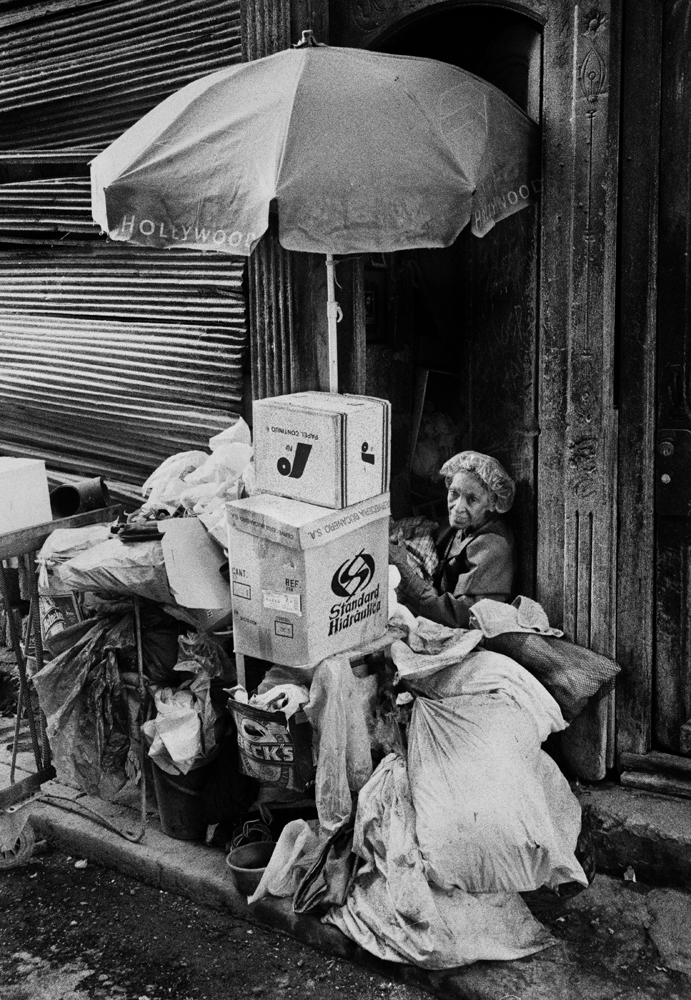 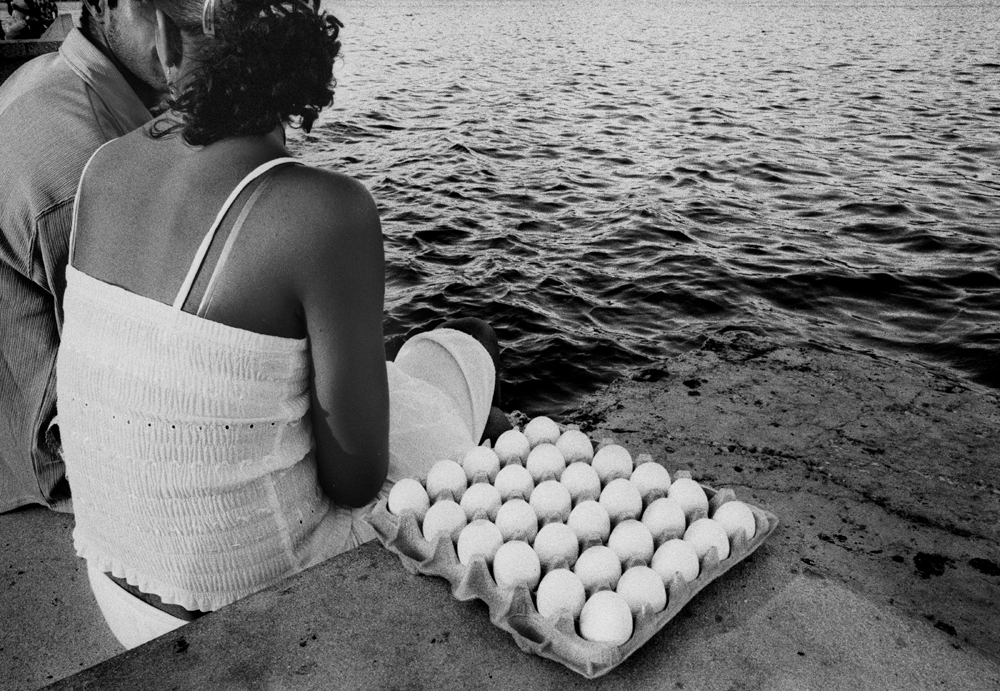 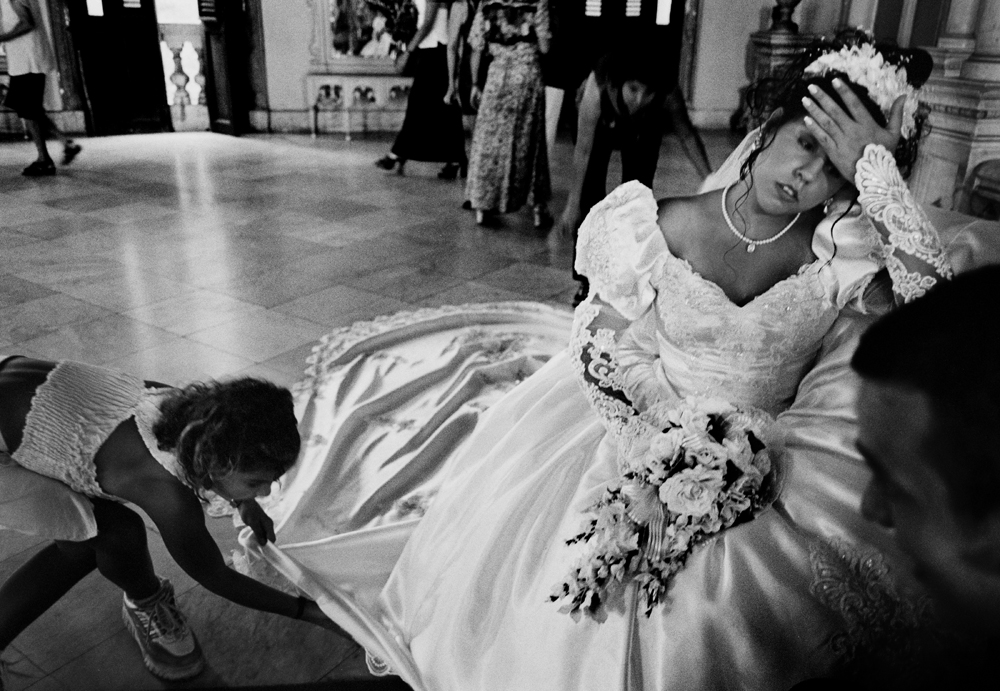 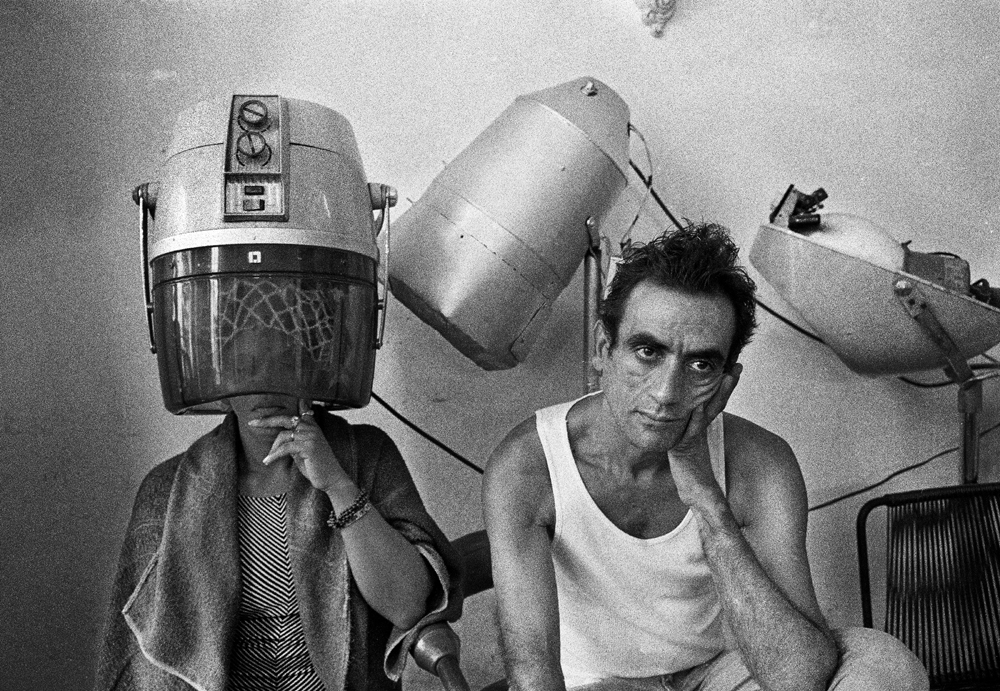 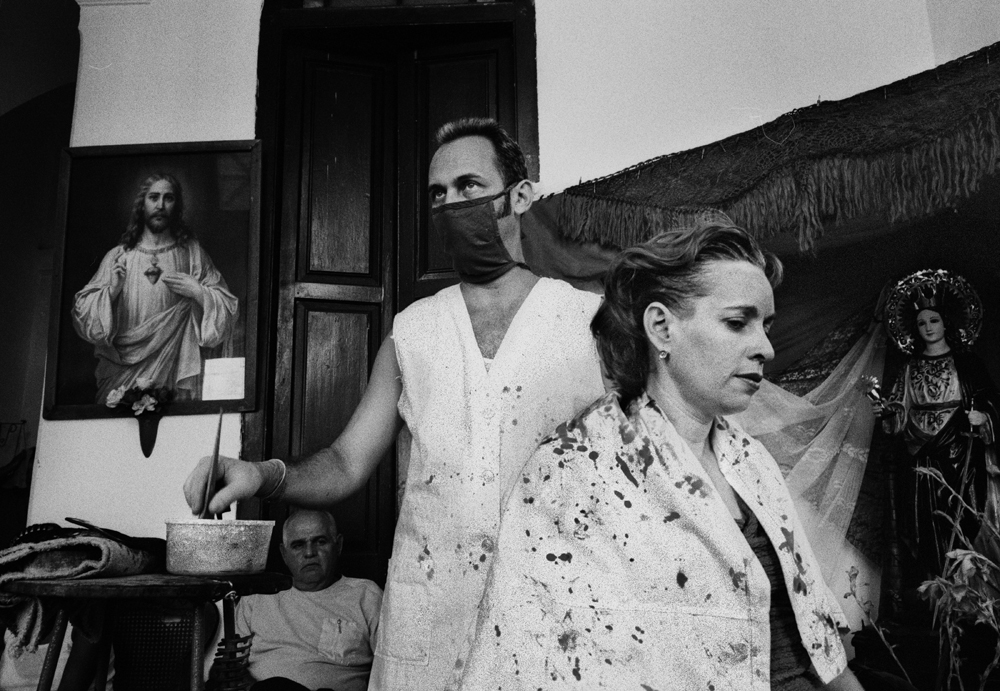 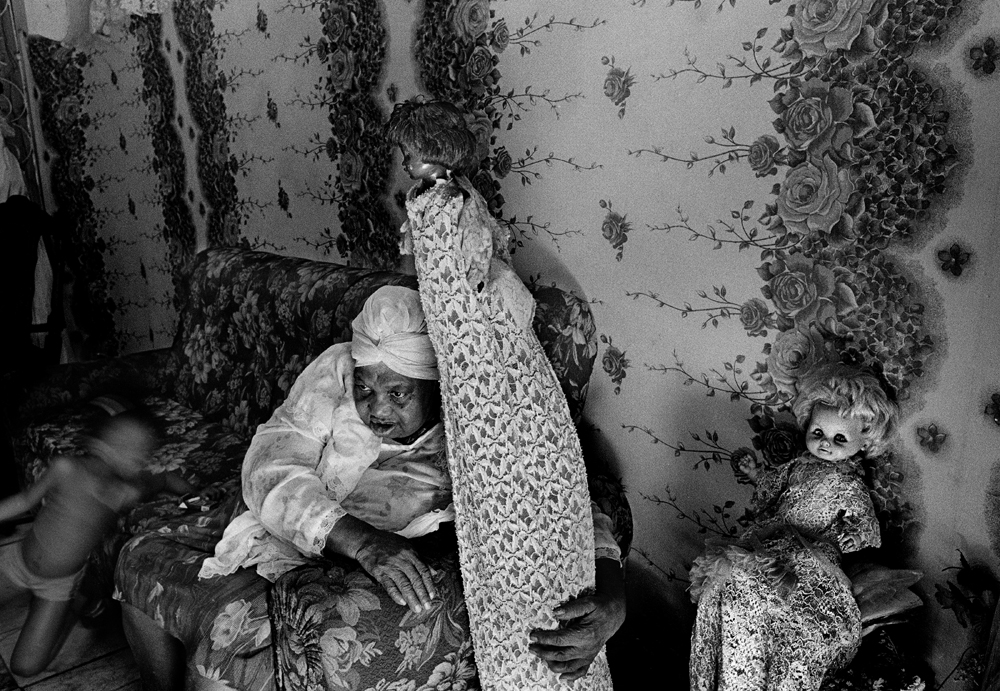