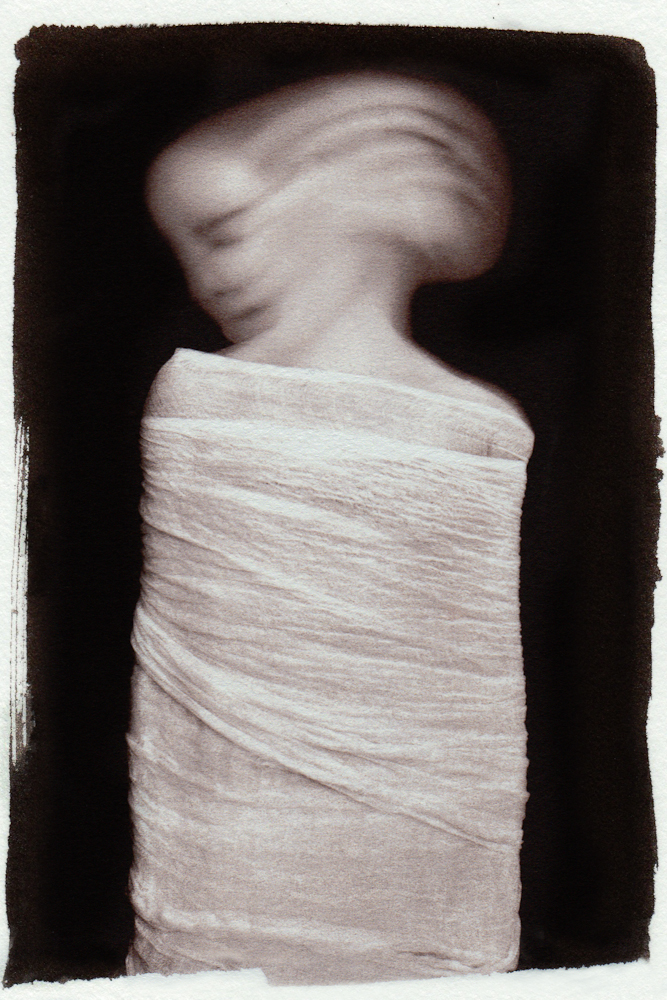 There are many reasons why we are compelled to make work–curiosity, the need to bring voice to an issue, and in the case of Anne-Laure Autin, the examination of a terrifying life event. Out of the blue, Anne-Laure found herself totally paralyzed, unable to see or speak or move. That feeling of being locked-in oneself became fodder for a new series, allowing her to poetically examine her experience.  Anne-Laure will has exhibition of this work at the Corden Potts Gallery in San Francisco, that opened March 23 and runs through April 29th, Artist’s reception tomorrow night, April 6 from 5:30 – 7:3opm.

Anne-Laure Autin is an emerging fine-art photographer and mixed-media artist. Preoccupied with the philosophical concepts of universality and relativism as a teenager, she studied theoretical mathematics and holds an MSc from the University of Leiden (NL). She is always inspired by contrasting juxtapositions and embraces the duality of her fascination for truth and her love of human nature, where no logic seems to prevail. In her staged work, she seeks out the deepest most candid and raw emotions from her subjects. Her sets are disarmingly simple so that human connection prevails. In reconciling authenticity and beauty, she makes conceptual work that is both soulful and highly intimate.

Autin’s work has been exhibited internationally, in the USA at the Corden-Potts gallery, the Center for Fine Arts Photography in Colorado, Soho Photo gallery, as well as in Canada, in the UK at the Brighton Photo Fringe, and at the Berlin Foto Biennale. Her images have been featured in Musée Magazine, LensCulture, L’ Oeil de la Photographie and Don’t Take Pictures. She was a Critical Mass finalist in 2016 as well as a BPF OPEN16 Solo finalist.

Anne-Laure was born and raised in France and moved to the Netherlands when she was 13. She recently returned from a six years relocation in Western Canada with her British family and is based in the Netherlands again.​ 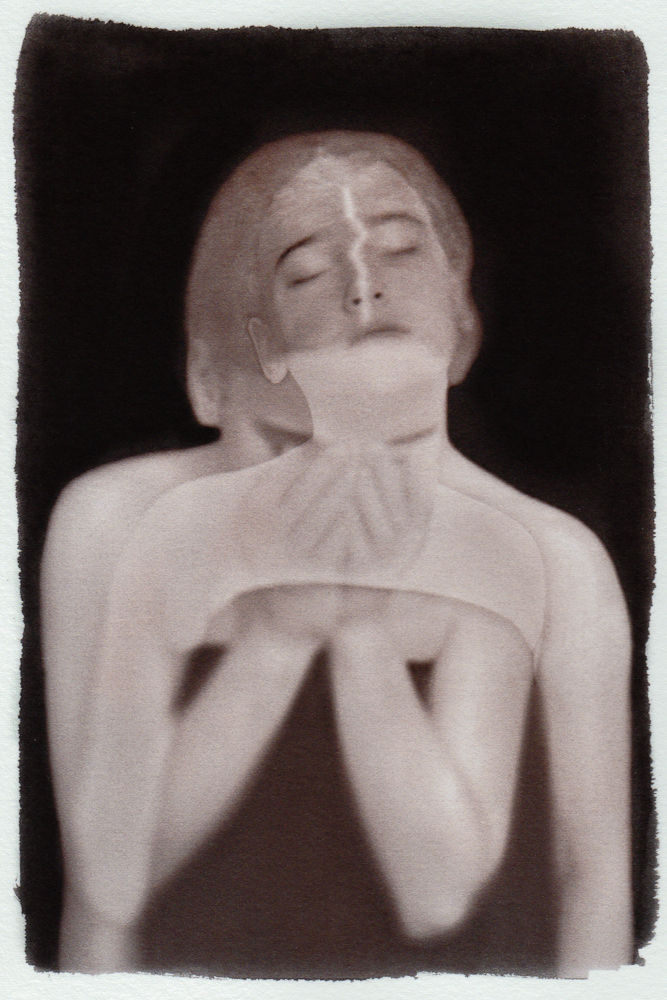 Not so long ago I had a growing migraine attack while lying in bed on a Saturday morning. Migraines were new to me so I was surprised to sense tingling spreading across my limbs. I suddenly felt something pop in my head and pulse through me. Right then paralysis took me over like a wave would. I couldn’t move, couldn’t even open my eyes, couldn’t call for help. My mind was fully on but my body was no longer responding to its command. I was locked-in. It only lasted a short while but it was the most terrifying event of my life so far. In what started as an attempt to exorcise my angst, I decided to explore through photography the anguish I had felt during this episode.

Beyond my very personal connection to this body of work, I have always been drawn to contrasting juxtapositions. And I’m mostly interested in a growing realisation that oppositions and contradictions are not always necessarily mutually exclusive as logic would dictate – for instance an ugly incident can also have some beauty to it. Reflecting on having been locked-in, I was fascinated by the idea that I had felt very much in motion qua brain while totally paralysed physically. I set out to highlight those two opposite States of Being happening concurrently by representing visually the different stages of my incident combining multiple exposures digitally. I believe digital impressions would have been too sharp and crisp for the subject matter and I therefore chose to hand print the series as Van Dyke Browns. This antique alternative process gives the final prints a certain softness, fitting with my experience, which adds to the slightly surreal feel of the work. This in turn also acts as an allegory for the complex and obscure link between our body and our mind – a connection we rarely truly deeply contemplate, except maybe on the days when it stops working properly. 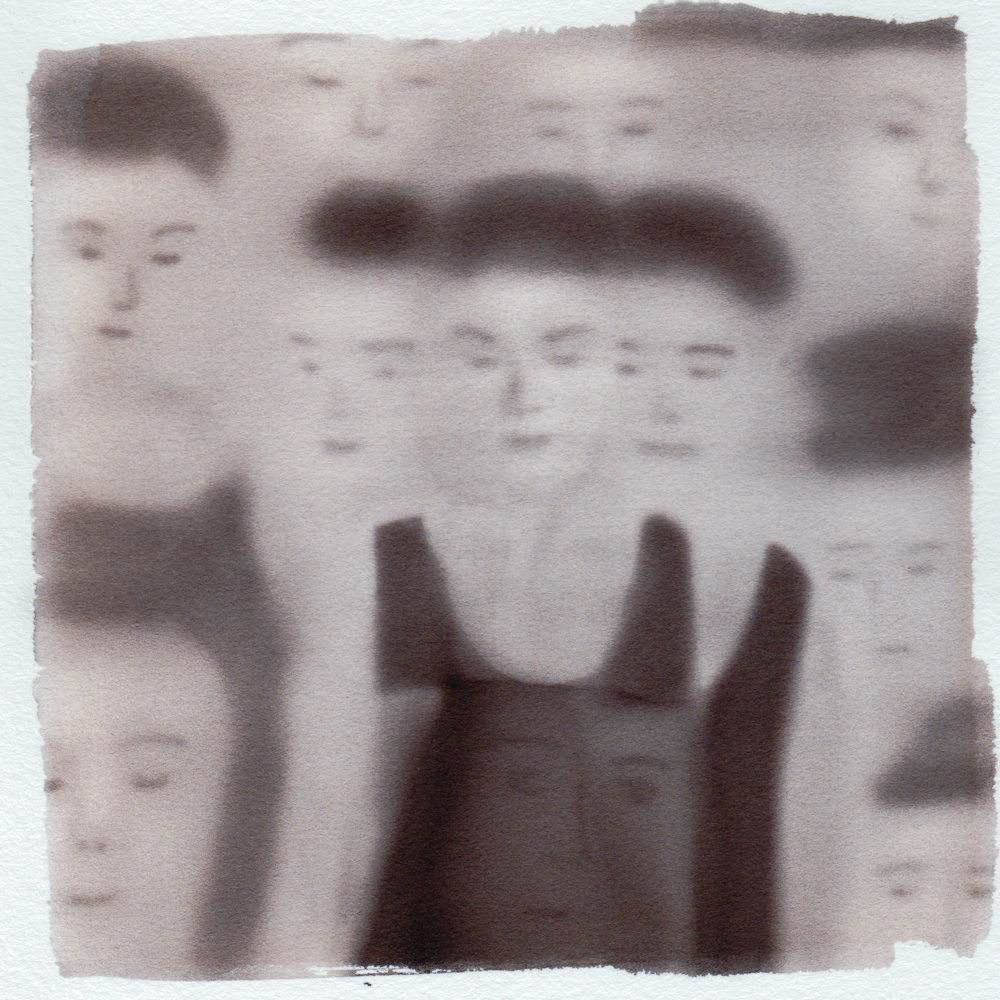 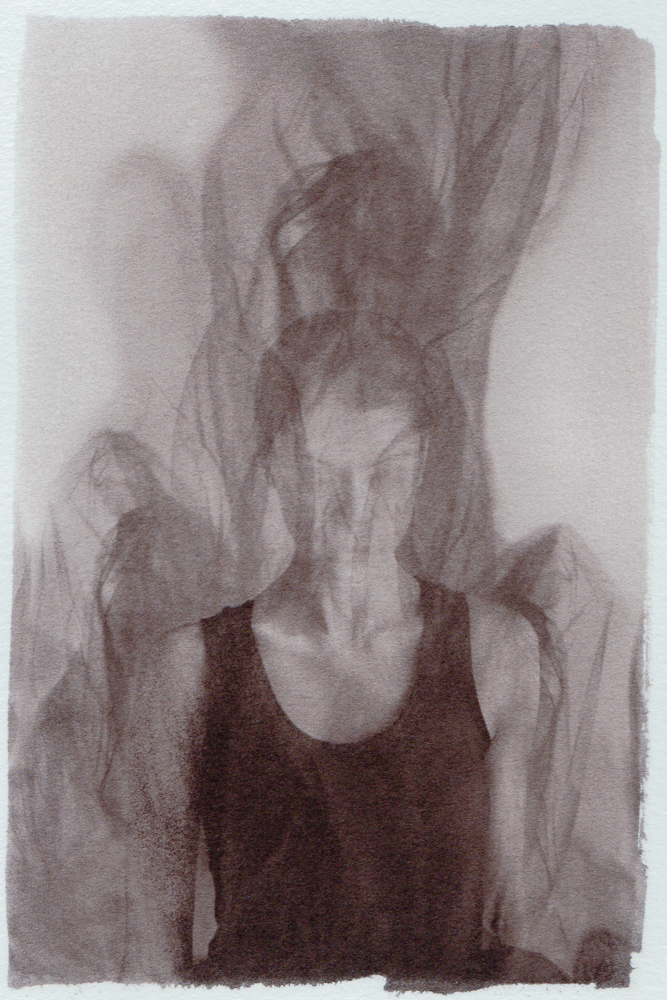 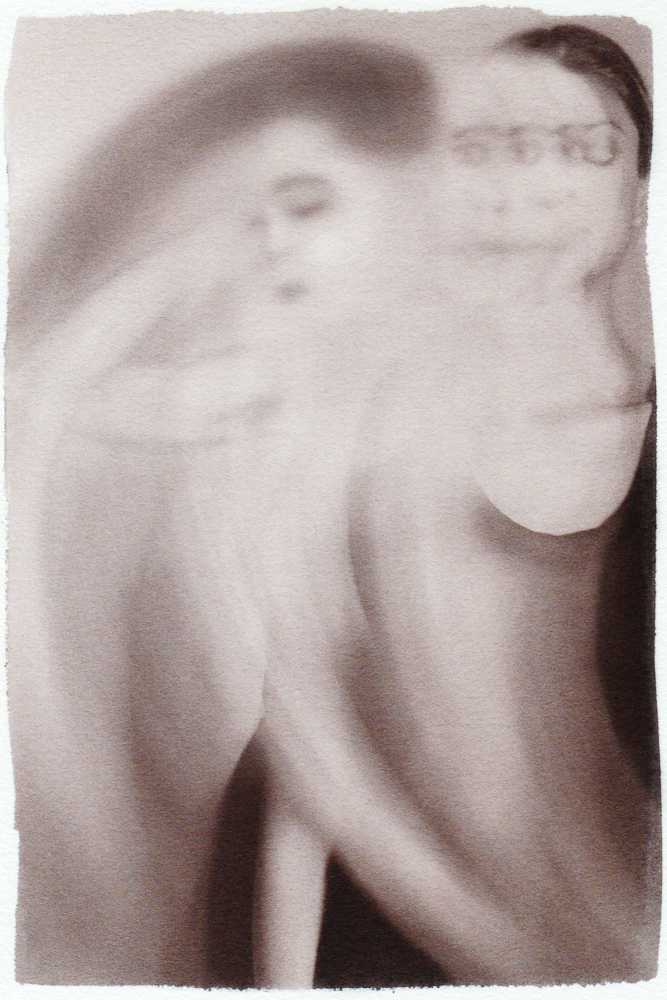 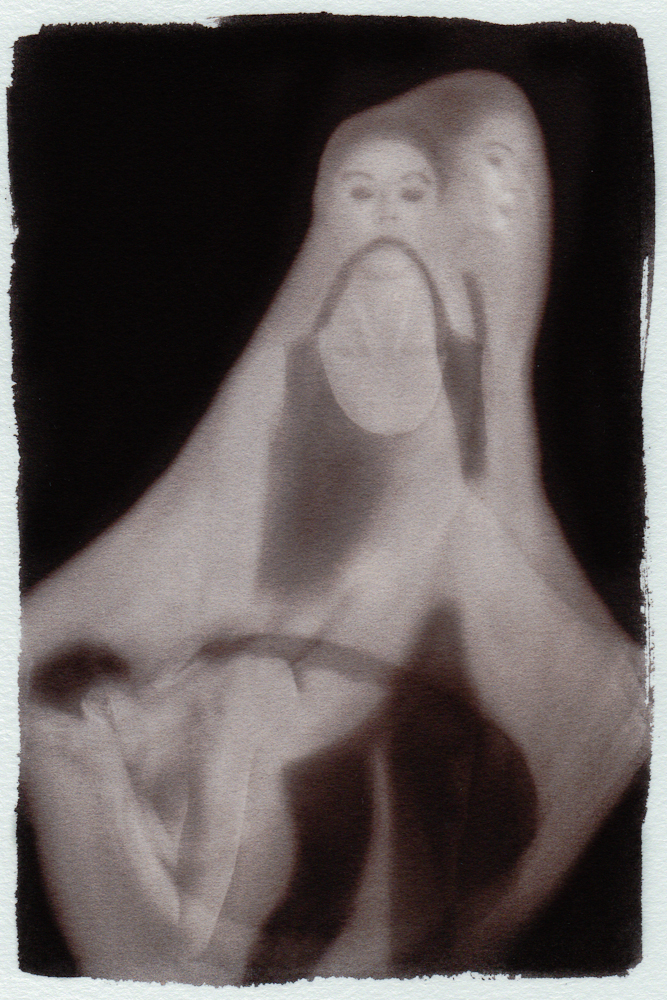 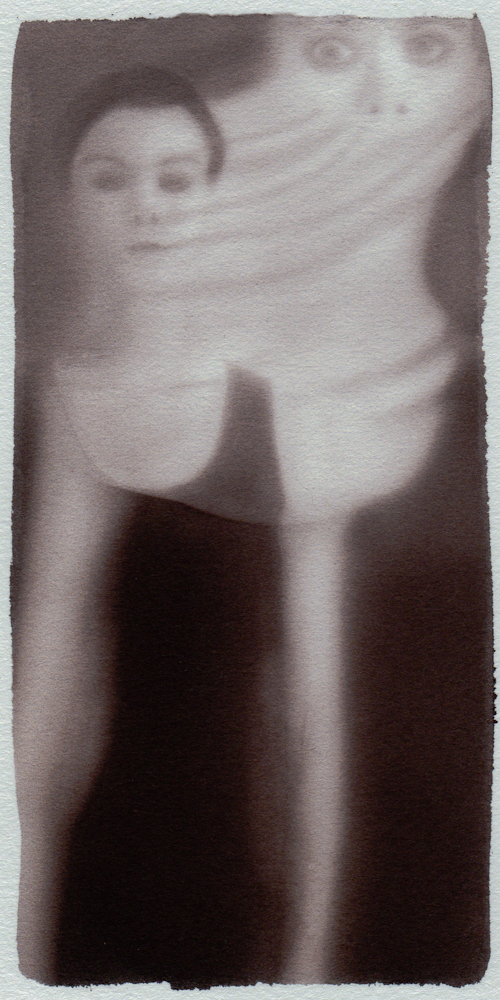 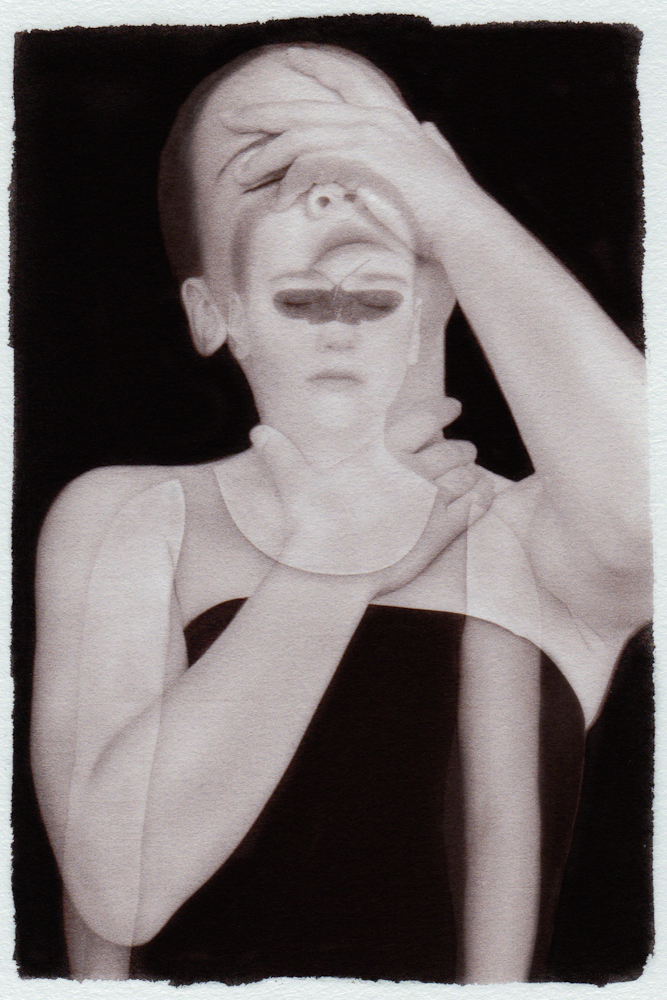 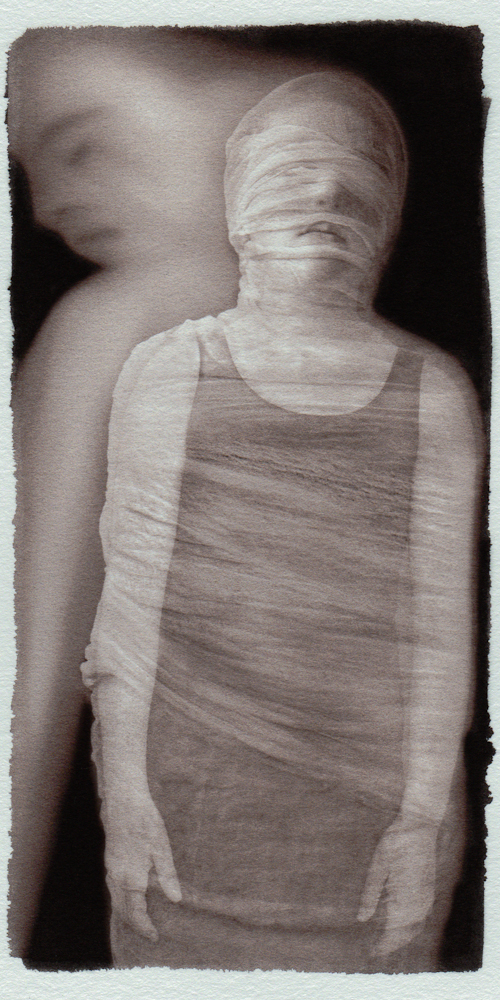 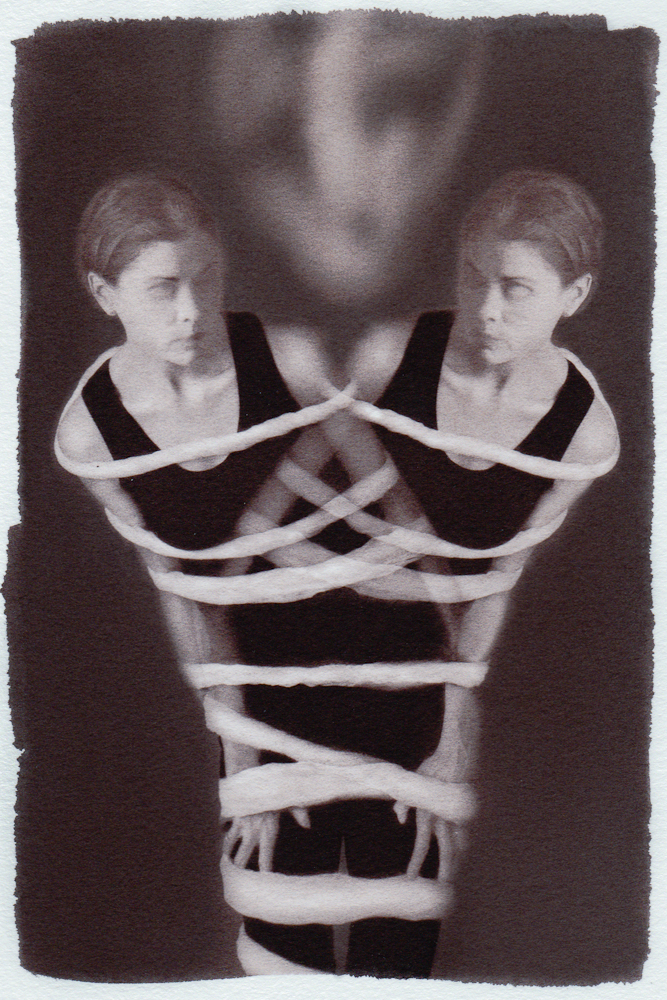