Adrain Chesser: I have something to tell you by Aline SmithsonDecember 7, 2017 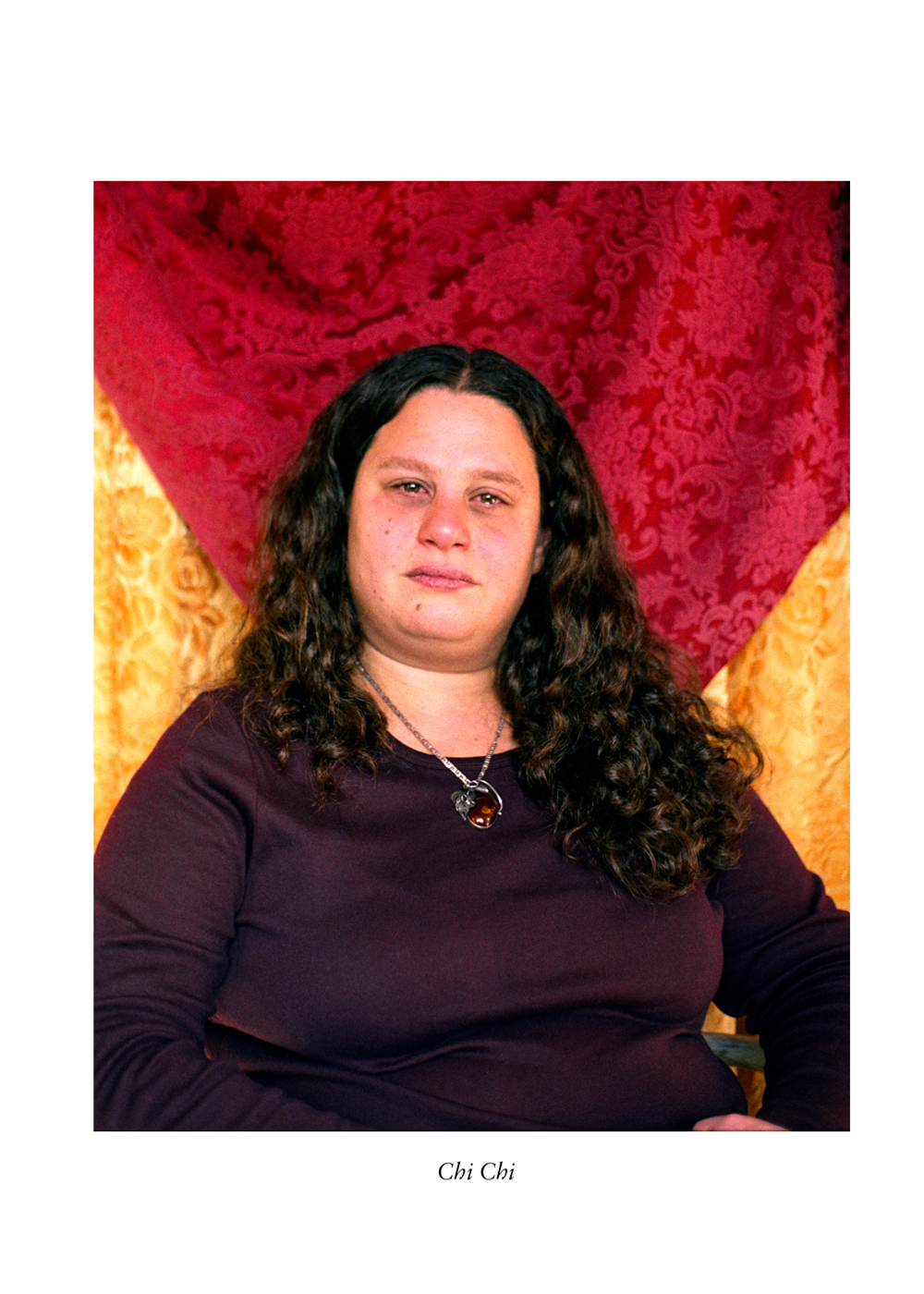 ©Adrain Chesser, Chi Chi, from I Have Something to Tell You

While these photos are probably the worst pictures ever taken of my friends, they are undoubtedly the most beautiful. – Adrain Chesser

Sometimes a photography series touches you so deeply that the images become part of your visual vocabulary and haunt your dreams. This was the case for me when I first was exposed to Adrain Chesser’s powerful and personal project, I Have Something to Tell You. A decade ago or so, Adrain tested positive for HIV, and was diagnosed with AIDS. He struggled with the prospect of telling friends and loved ones, as it brought back “the pain and fear of rejection too often confirmed in his process of coming out as a young man. Turning to his artform, and to the chosen community surrounding him, he sought to heal those earlier wounds through a powerful and collaborative portrait project.” He used photography as a bridge to sharing his news and the resulting project is an amazing testament to love, compassion, and the revelatory experience of exposing truths.

I Have Something To Tell You – Teaser from Ben Joyner on Vimeo.

Minor Matters Books is creating a new monograph of this project and it is critical to sell the first 500 before the book goes to press. The publisher states: The decision to share the work in book form now was motivated by two urgent concerns—to address the ongoing stigma attached to AIDS not found with other long term conditions such as diabetes and cancer; and to highlight the quality of life made possible through access to treatment. Passage of the Affordable Care Act under President Obama created national support for the 1.1 million Americans living with HIV; over 30 million people internationally who live with HIV, many in developing nations, are not receiving the same care.

The book’s format was conceived to viscerally communicate falling apart, coming together, a sense of immersion within a community, and in memory of those who have died from AIDS. At the same time, it is a celebration of life—the last sheet of 32 pages, with co-publisher names and an essay by celebrated curator Tim Wride who immediately championed this series when it was made, will also include recent self-portraits by Chesser.

The book can be purchased through Minor Matters Books. 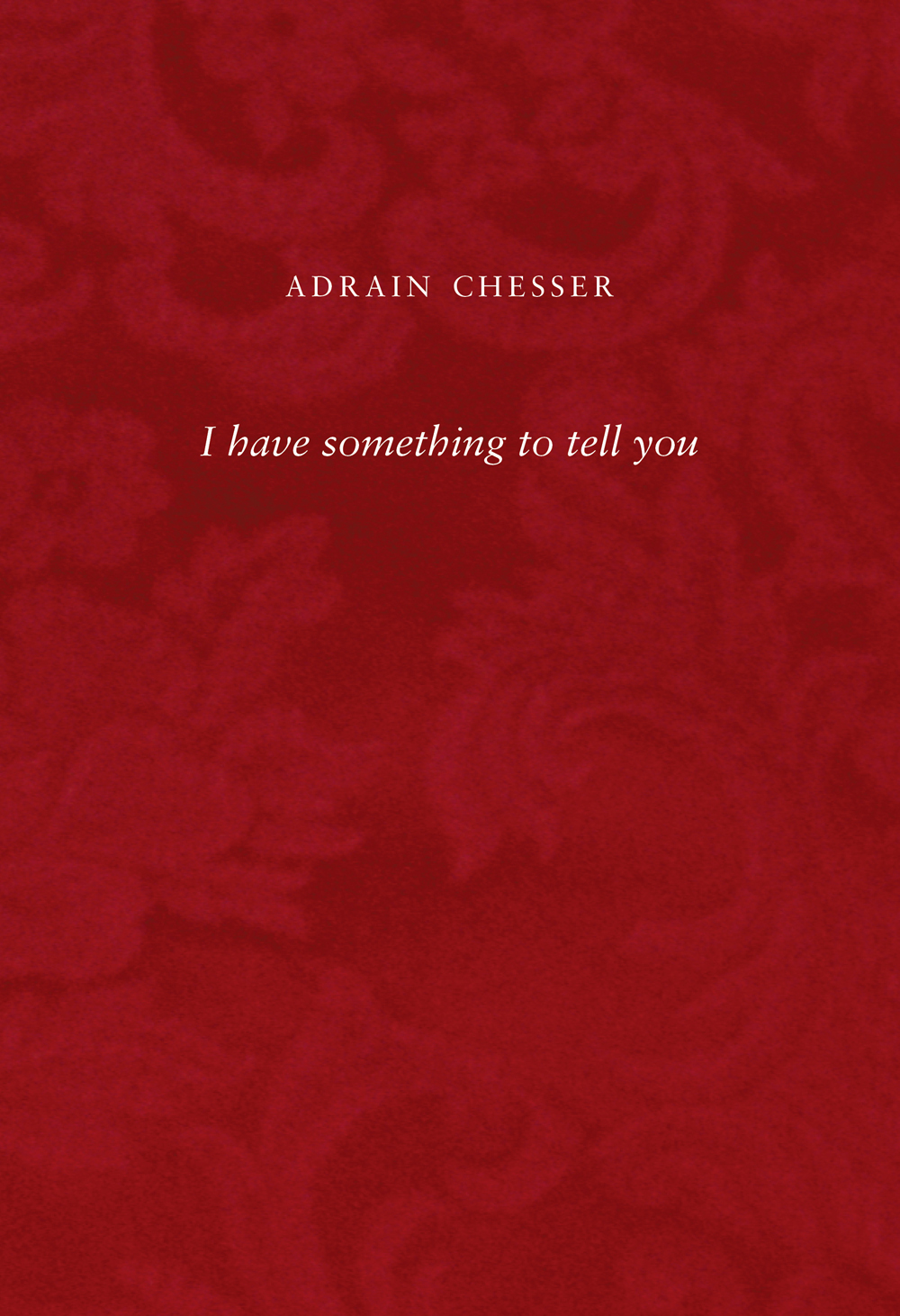 Cover of I have something to tell you

I have something to tell you has been featured through solo exhibitions in Santa Fe, Houston, Portland, OR, and Seattle. Chesser presented the series at a TEDx convention in Vienna, Austria in 2016; a documentary short by Dumaine Babcock and Ben Joyner has just been released and was featured at the Savannah Film Festival in November 2017.

Adrain Chesser (born 1965) is a self-taught photographer who refined his craft and practice through personal mentor/protege relationships with Rosalind Solomon, and later with Debbie Fleming Caffery.

Chesser’s photographs have been included in numerous group exhibitions throughout the United States and in Europe, and are in the permanent collections of the Museum of Fine Arts Houston, the Portland Museum of Art, and The Norton Museum of Art, among others. He was granted a year-long residency at the Santa Fe Art Institute in 2004, and was selected for the viewing drawers at Blue Sky Gallery in 2013. His first book, The Return, with Timothy White Eagle, was published by Daylight Books in 2014. He currently lives on Vashon Island, WA, with his partner Mike and his dog Gracie. 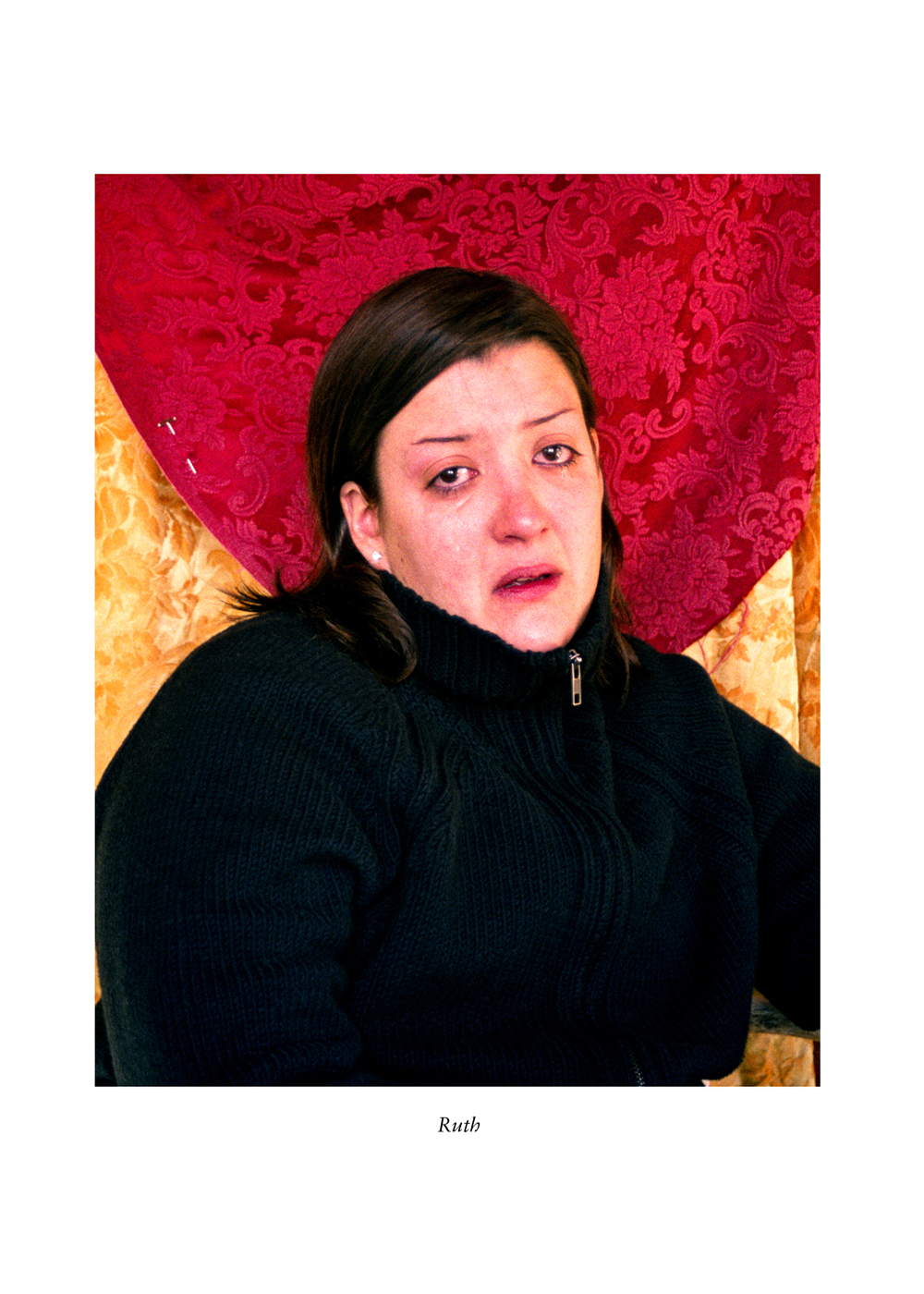 ©Adrain Chesser, Ruth, from I have something to tell you

I Have Something To Tell You

“For beauty is nothing but the onset of terror we’re still just able to bear.” — Rilke

I believe that one of photography’s greatest allies is memory, whether it is personal or collective, real or imagined. The illusion of the realism of photography has the potential to access emotions bound to memories, sometimes causing extreme physical reactions, at other times a nagging unease or the warm sensation of pleasure.

When I tested positive for HIV and was diagnosed with AIDS, I had an extreme physical reaction whenever I thought about having to tell my friends and family. Looking at this reaction more closely, I realized that it was the same reaction I had as a kid whenever I had to disclose something uncomfortable to my parents, fearing rejection or even abandonment if larger secrets were revealed.

It occurred to me that it might be possible to overcome this paralyzing fear by photographing my friends as I told them about my diagnosis. I invited each friend to come to my studio to have their picture taken, a simple head shot for a new project. They weren’t given any other information. For a backdrop I used the curtains from the living room of the house I grew up in. I put everyone through the same routine, creating a formal process that proved to be transformative. At the beginning of each shoot I would start by saying, “I have something to tell you”. 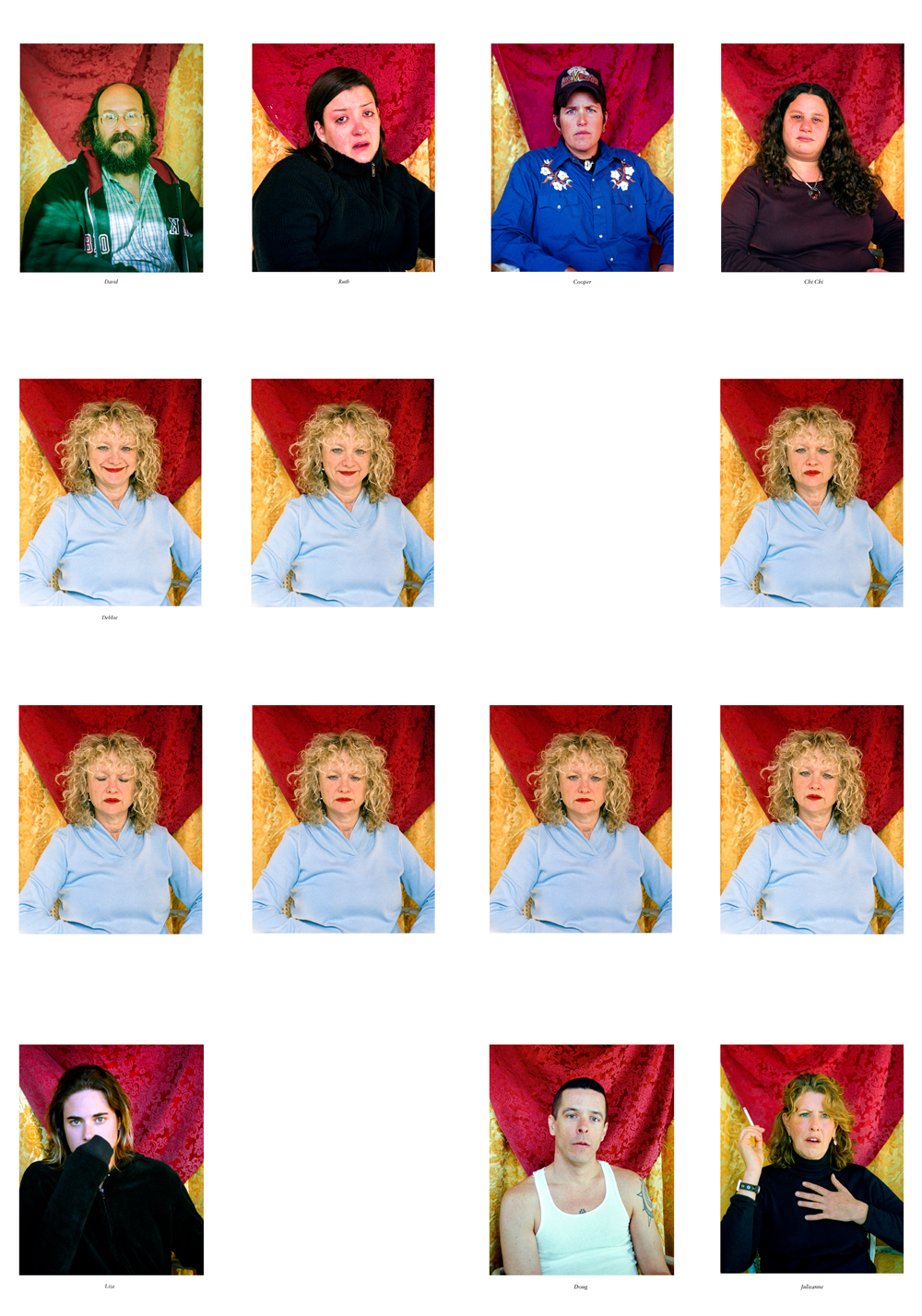 A grid from the book, I have something to tell you

Each sitter’s reaction was unique depending upon their own experience of loss, illness and death, creating a portrait of unguarded, unsettling honesty. As a collective, the body of work speaks to the universal experience. The phrase “I have something to tell you” is often the preface for life-altering disclosures: pregnancies, deaths, love affairs, illnesses of all kinds, winning the lottery. The phrase becomes a kind of mile-marker in a life, delineating what came before from what comes after.

I printed the photographs on glossy paper for several different reasons. First because the surface is reflective, often creating a glare that distracts from seeing the actual image, not unlike what we do as humans creating facades to distract from what lies beneath. Also, the surface is extremely fragile. Scratches on the surface are like scars on a human body, speaking to the experiences of life that a photo has as an object.The skewed color palette while intensifying the emotional response, speaks to my experience with side effects from some anti viral drugs, which included hallucinations and abnormal dreams.

While these photos are probably the worst pictures ever taken of my friends, they are undoubtedly the most beautiful. 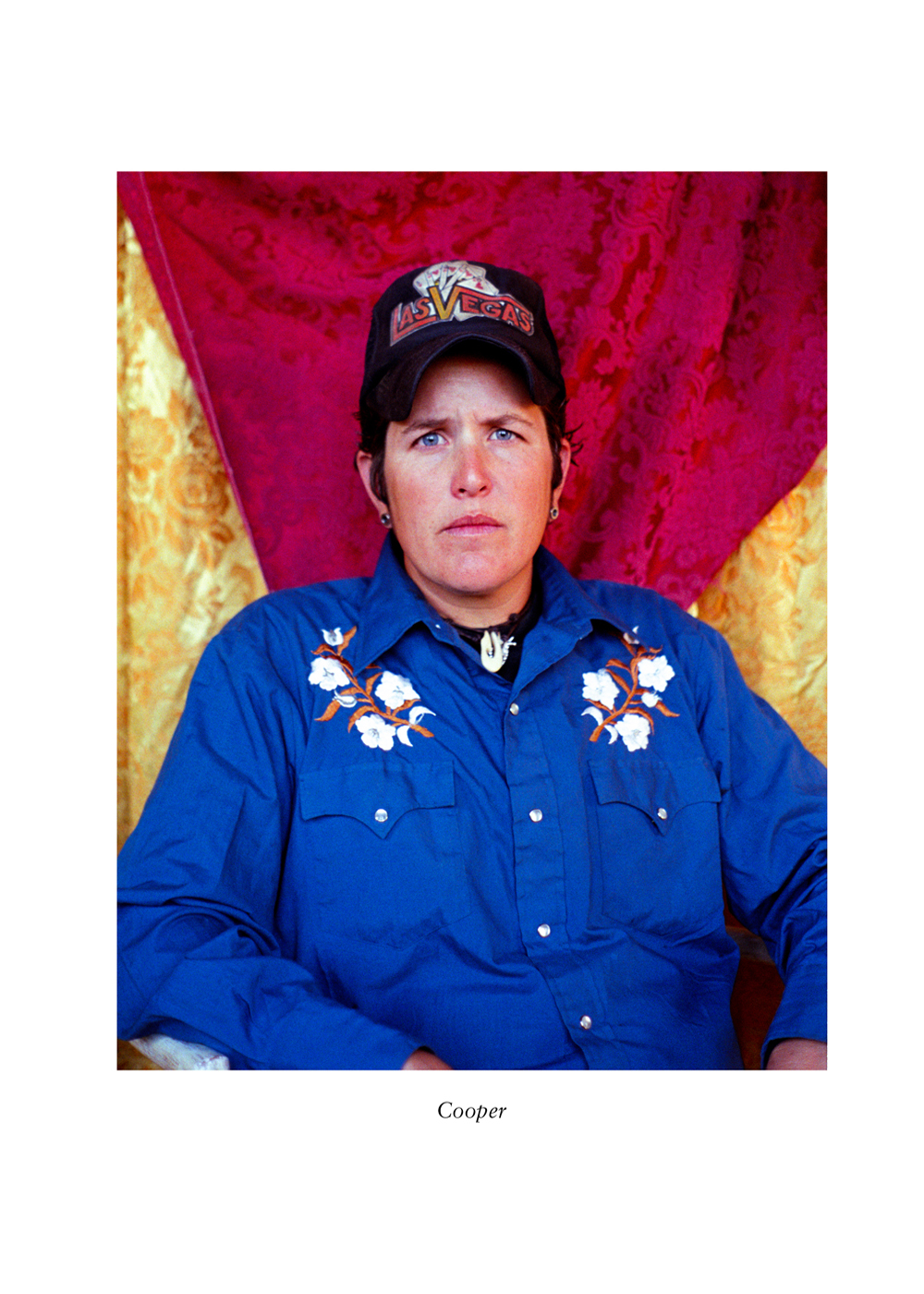 ©Adrain Chesser, Cooper, from I have something to tell you 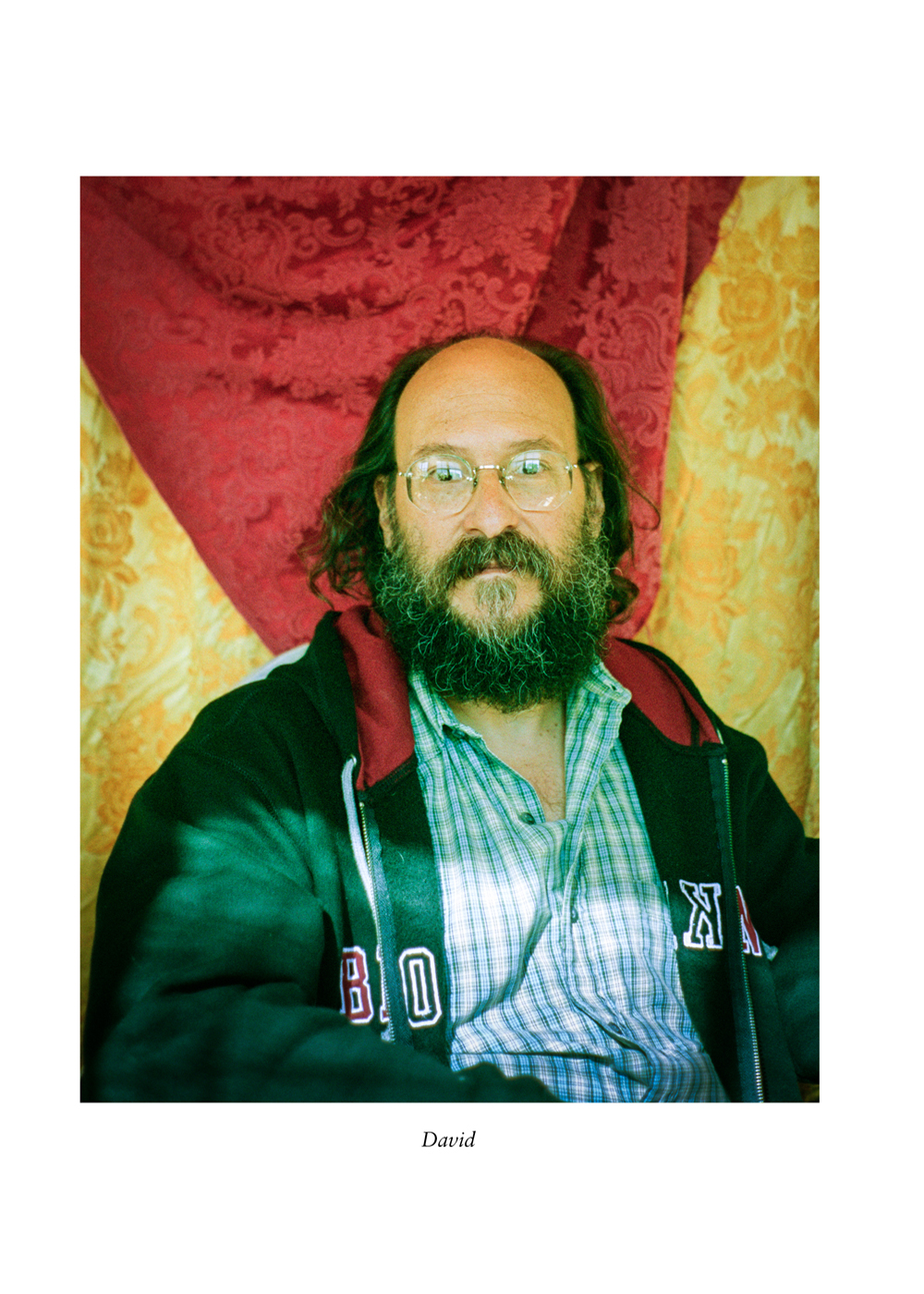 ©Adrain Chesser, David, from I have something to tell you