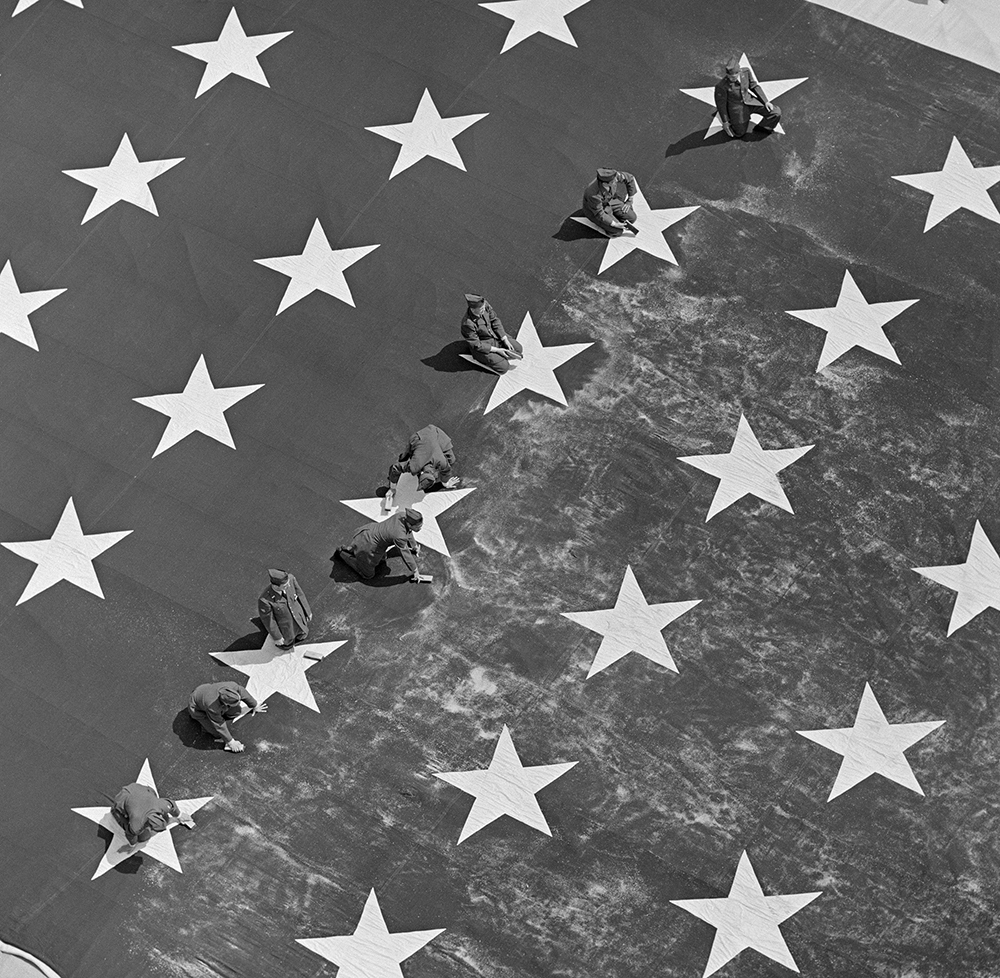 The Center for Photographic Art in Carmel, California has recently opened the exhibition,  John G. Zimmerman: America in Black and White that will run through July 1, 2018. The Center is thrilled to showcase the historic work of internationally acclaimed photojournalist, John G. Zimmerman and be the inaugural venue for a traveling exhibition that brings together a lifetime of Zimmerman’s significant cultural and political photography for the first time. 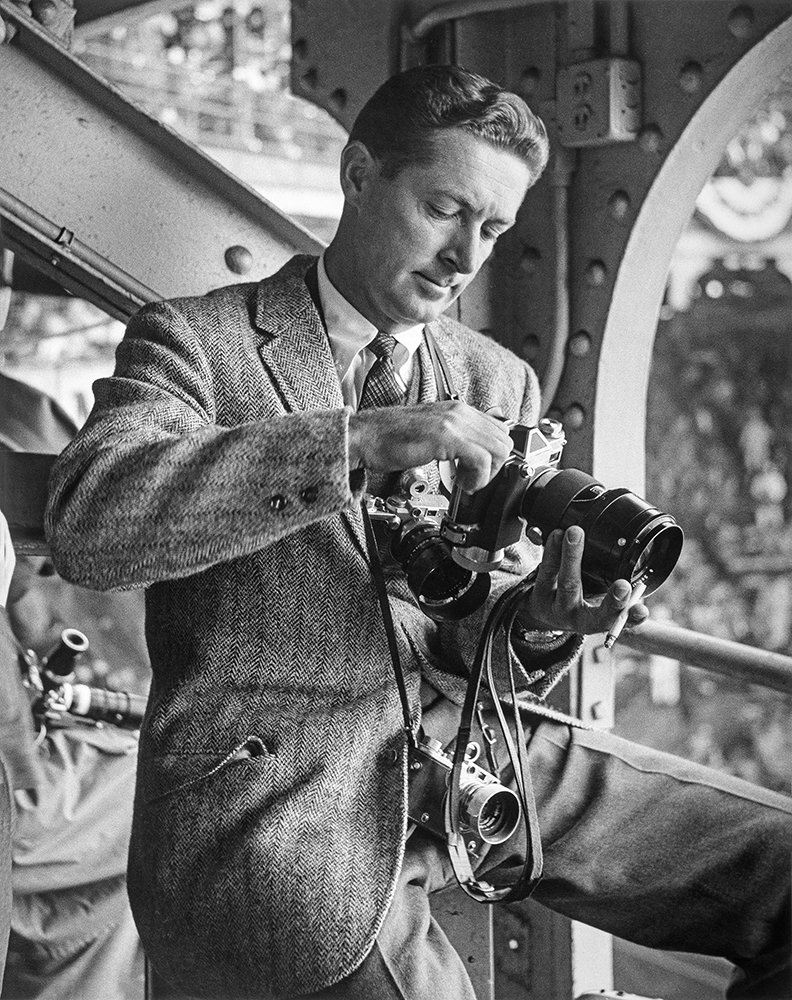 The Center for Photographic Art states: “the work of John G. Zimmerman, one of the 20th century’s most wide-ranging and innovative photojournalists, helped generate a golden age in magazine photography. Zimmerman grew up in Torrance, California, developing and printing film in the family kitchen and darkroom. A three-year high school photography program with Hollywood cinematographer Clarence A. Bach prepared him for his first a job as a staffer at Time magazine. Following that assignment he spent several years
freelancing for Life and Ebony magazines, creating groundbreaking images of the lives of African Americans in the Midwest, and in the deeply segregated, pre-Civil Rights south.

At Sports Illustrated magazine, where he began working in the mid 1950s, Zimmerman developed an affinity for unusual camera placements and innovative lighting techniques. In order to better capture his subjects he pioneered remote controlled cameras, motor-driven photo sequences and double shutter designs, all of which revolutionized mid-20th century action photography. He credits the influence of his father, a lighting technician at a major Hollywood studio, for his ability to engineer cameras and lighting to his own design. In the early 1960s he worked for Saturday Evening Post magazine, where he photographed major cultural events in politics, science, fashion and entertainment, including the Beatles’ appearance on the Ed Sullivan show. His innovative lighting expertise also made him a sought-after architectural photographer. Nevertheless, he loved action, and throughout his career he continued to photograph a wide variety of sports events, including ten Olympic games.” 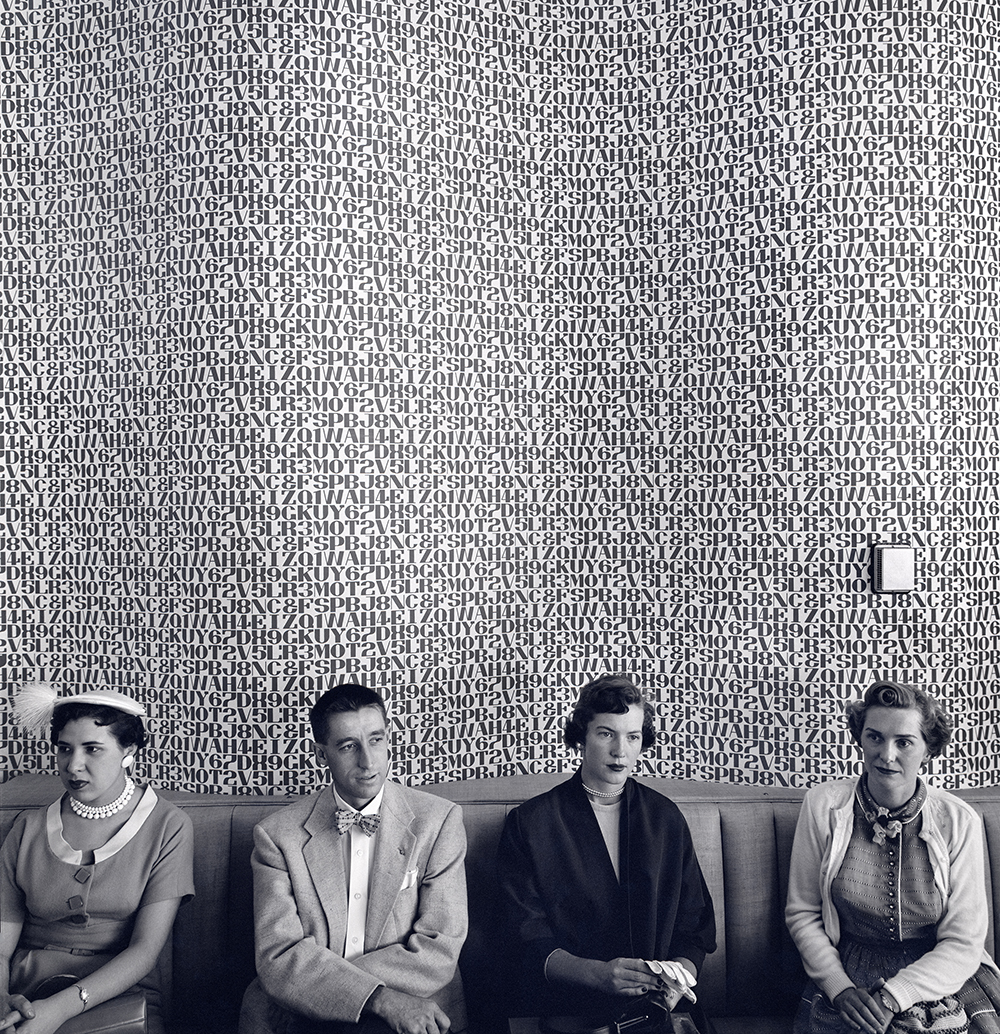 Rarely, very rarely, will a family enter an art gallery to show the Director a portfolio of their father’s work and end up attending his gala exhibition a year later— but this was no ordinary father.

John G. Zimmerman was already known to the world as a talented photojournalist working for Life, Time, Sports Illustrated and other publications during the “Golden Age” of photojournalism. What caught my eye were the universal aspects of his work that transcend news photography and still resonate today. I was struck by how Zimmerman seemed a kindred spirit to several highly celebrated fine art and documentary photographers working during the same time period. For example, Zimmerman’s Waiting Room with its frenetic, hyperactive wallpaper buzzing behind a row of dazed people reminded me of the equally over-stimulated (DNA recombinant!) wallpaper energizing the bedroom walls of Diane Arbus’s Triplets in Their Bedroom. 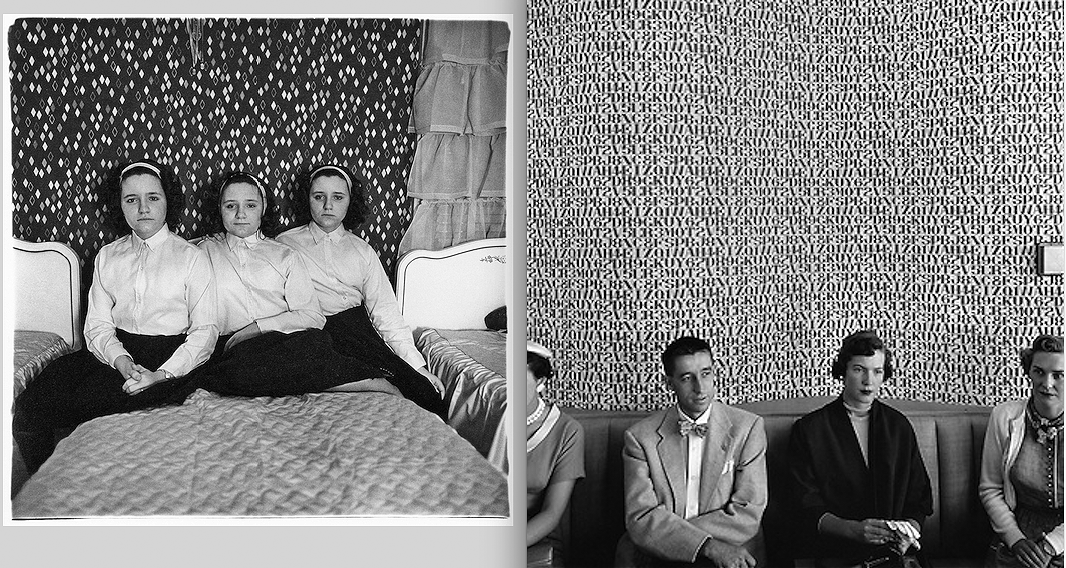 Zimmerman’s stark portrait of Sharecropper Matt Ingram, calls to mind the powerful FSA (Farm Security Administration) portraits of Dorothea Lange and Walker Evans. And while Zimmerman was photographing African-American funerals for Ebony magazine in the 1950s, unbeknownst to him, a giant of American photography named Robert Frank was photographing similar funerals in the same southern states at exactly the same time.

Examining Zimmerman’s prolific work over four decades, I couldn’t help noticing sophisticated issues in his photographs ranging far beyond what constituted the typical news story he was assigned to cover by weekly magazines. What struck me as brilliant and fascinating about Zimmerman‘s work was how clearly he infused his photographs with passionate and controversial topics such as race and gender issues, which may well have seemed the norm when he photograph them 60 years ago, but now stand out as beacons of all that needed changing in America. Look for example, at the unaware, unashamed sexism captured in Zimmerman’s TV Weather Girls, as a lineup of attractive, young women present their legs to an elder man who holds all the power in the scene. Or the racial inequity implied by the African-American mother and her young son watching longingly while the more privileged white girl rides the mechanical horse in Department Store Ride.

Enjoy this virtuoso exhibition of American history photographed by a world-class observer and sense the issues still relevant to this day. Comparing “then to now,” let us hope we feel things have changed for the better. 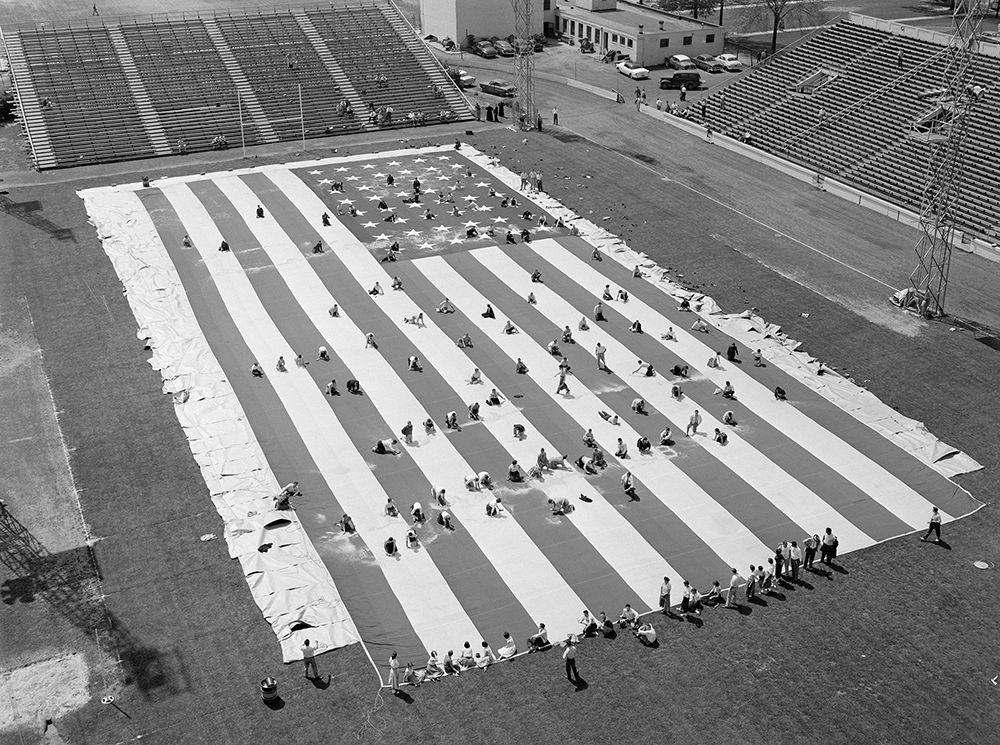 For four decades, John G. Zimmerman (1927-2002) photographed for major magazines such as LIFE, Time, Ebony and Sports Illustrated, creating pictures known for their innovation and artistry. Over the course of his career, Zimmerman photographed ten Olympic games and over two hundred magazine covers.

Hired in 1956 as one the first staff photographers for Sports Illustrated, Zimmerman was instrumental in making the magazine a vanguard of innovative sports photography. His pioneering ideas, such as unique camera placements, electronic lighting techniques and motor-driven camera sequences are commonplace today but were unheard of at the time.

Zimmerman’s work has been exhibited at numerous museums, including the International Center of Photography, New York City, the Newseum, Washington D.C., the Art Institute of Chicago, Chicago, and the Brooklyn Museum, New York City. Among his published works are the early Masters of Contemporary Photography, Photographing Sports: John G. Zimmerman, Mark Kauffman and Neil Leifer, and the recently published America in Black and White: Selected Photographs of John G. Zimmerman. He is also included in The Great LIFE Photographers, published by Bullfinch Press in 2004. 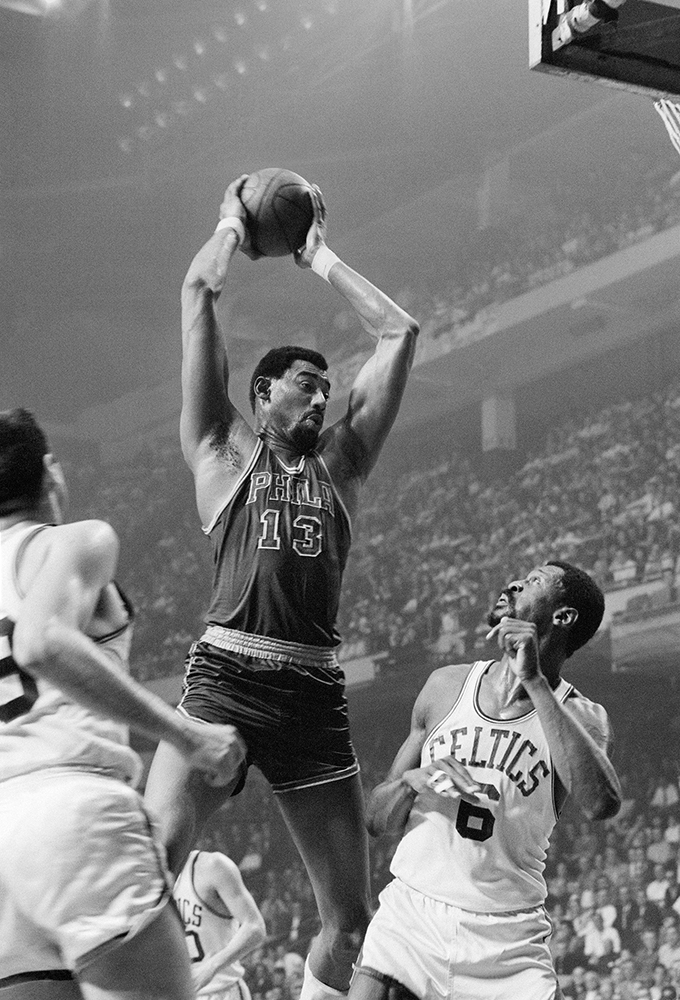 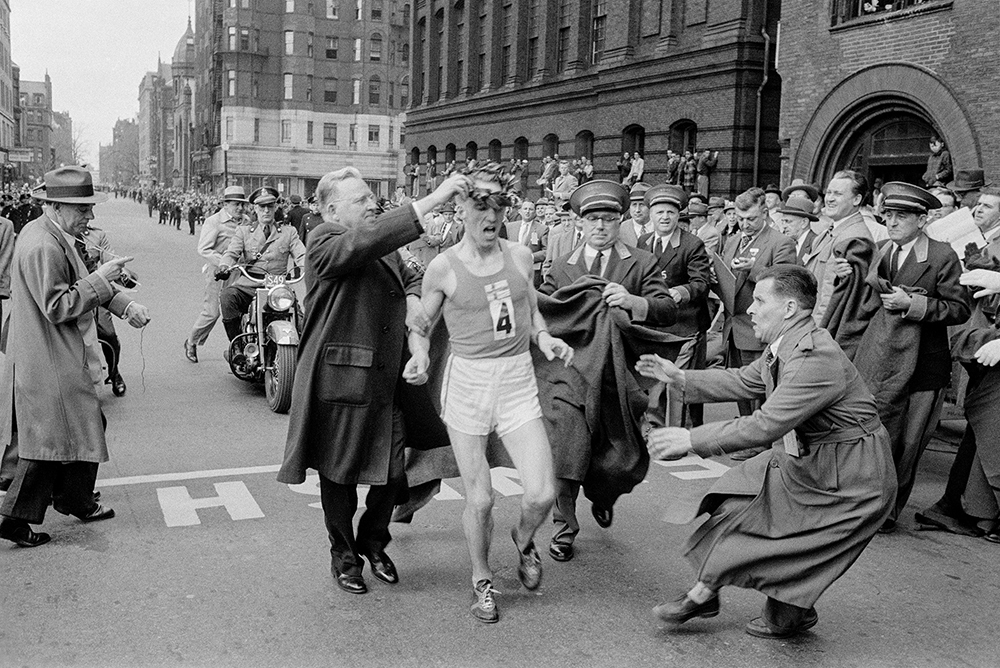 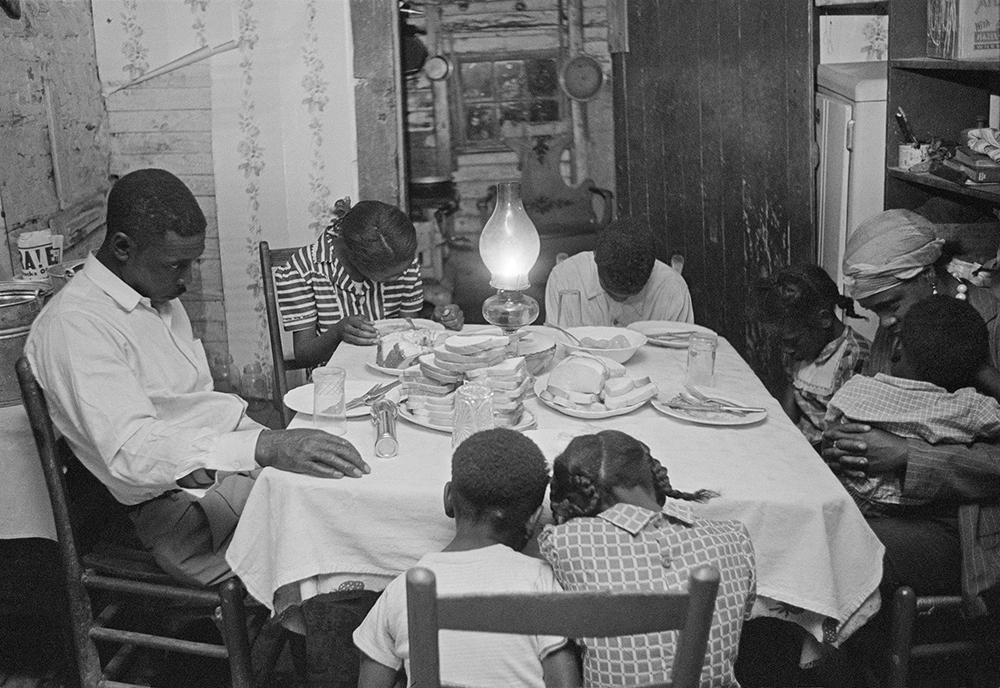 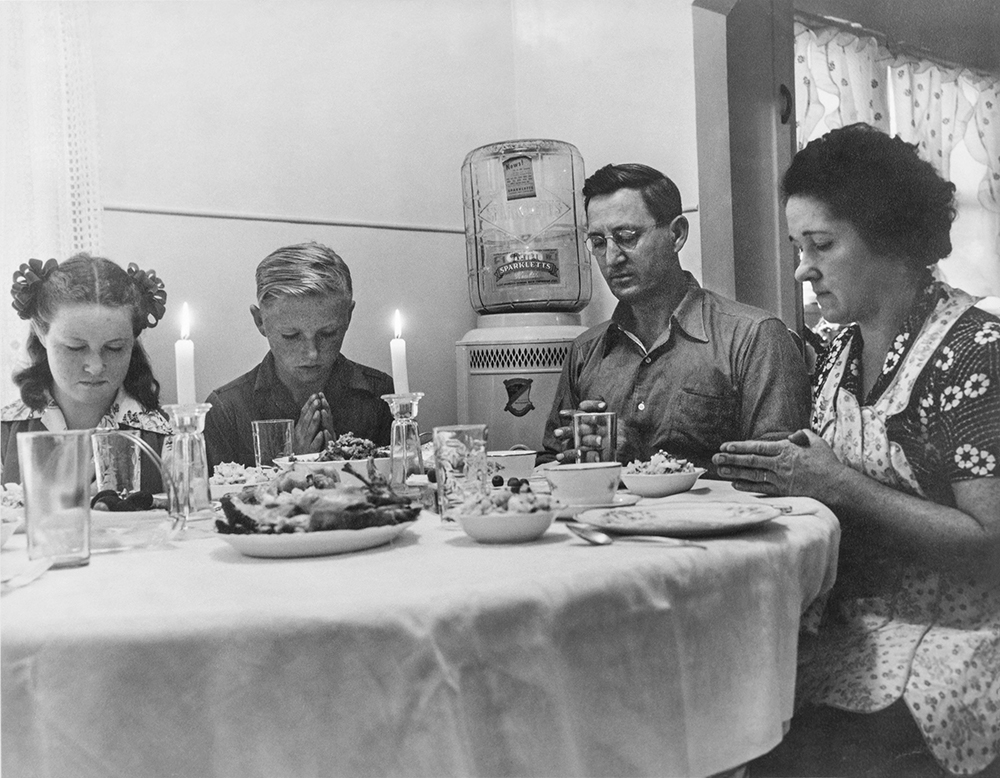 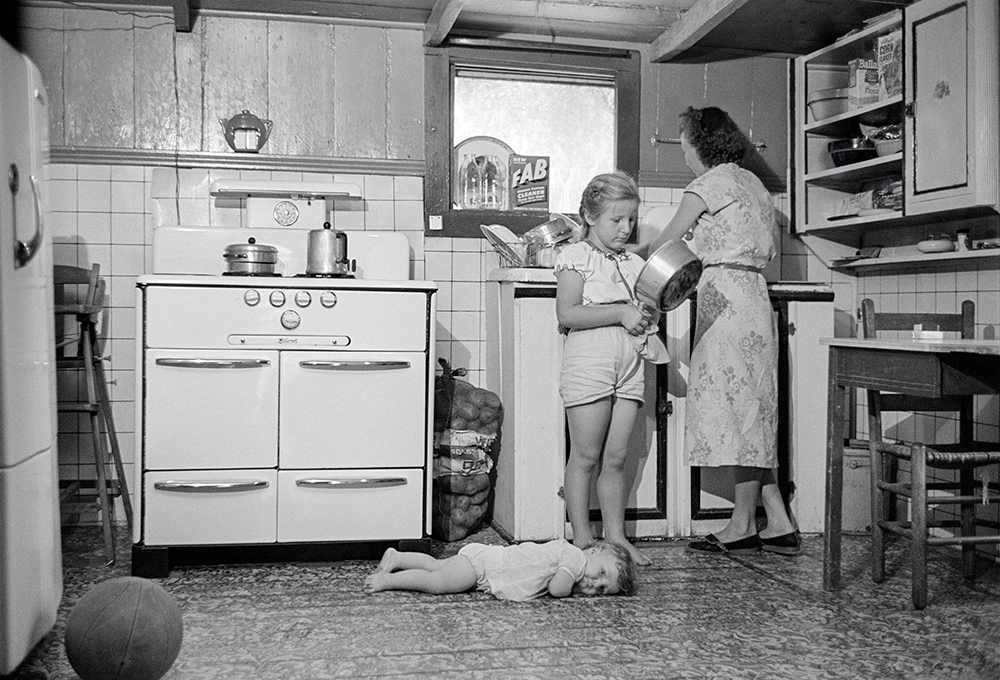 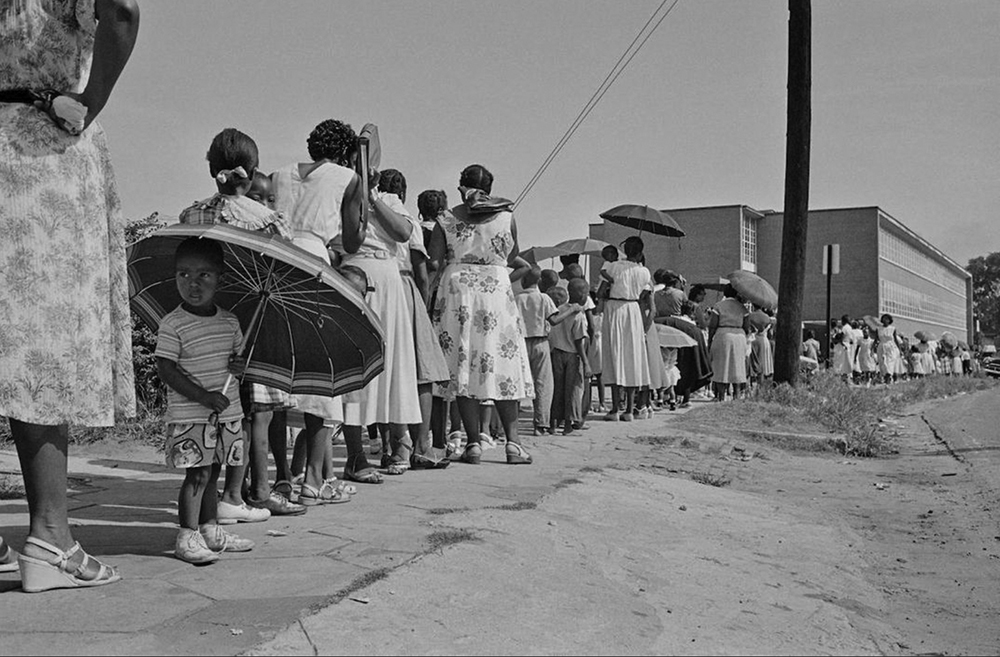 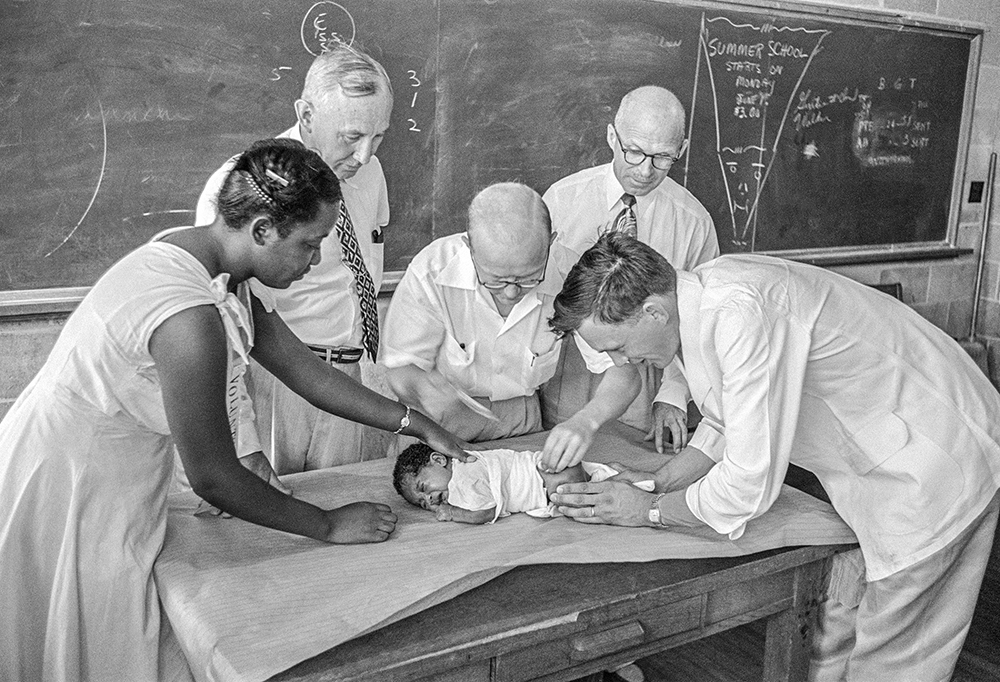 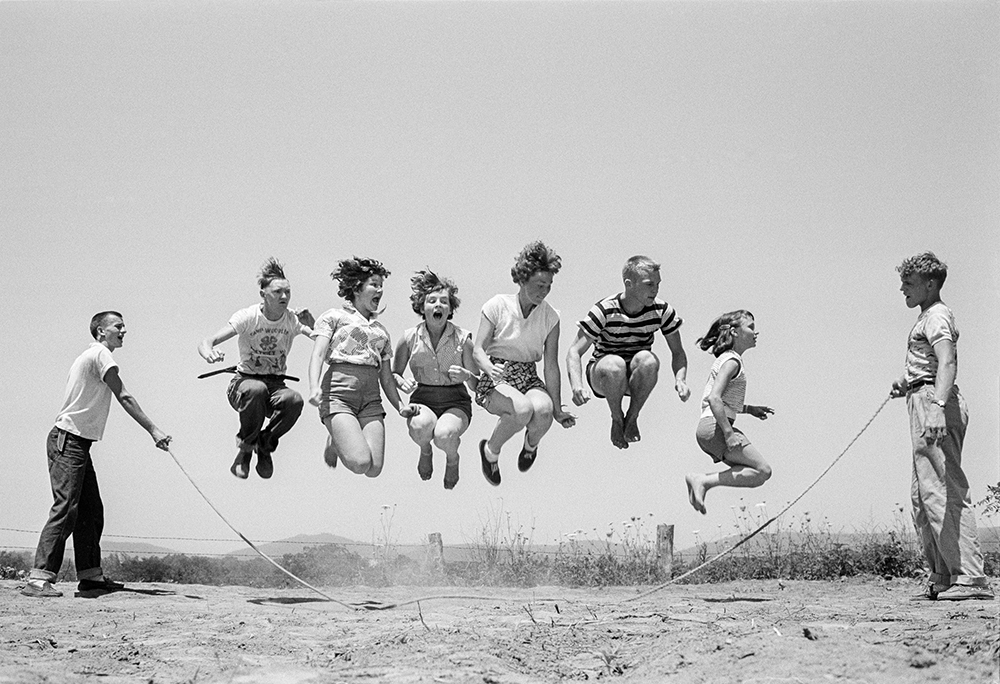 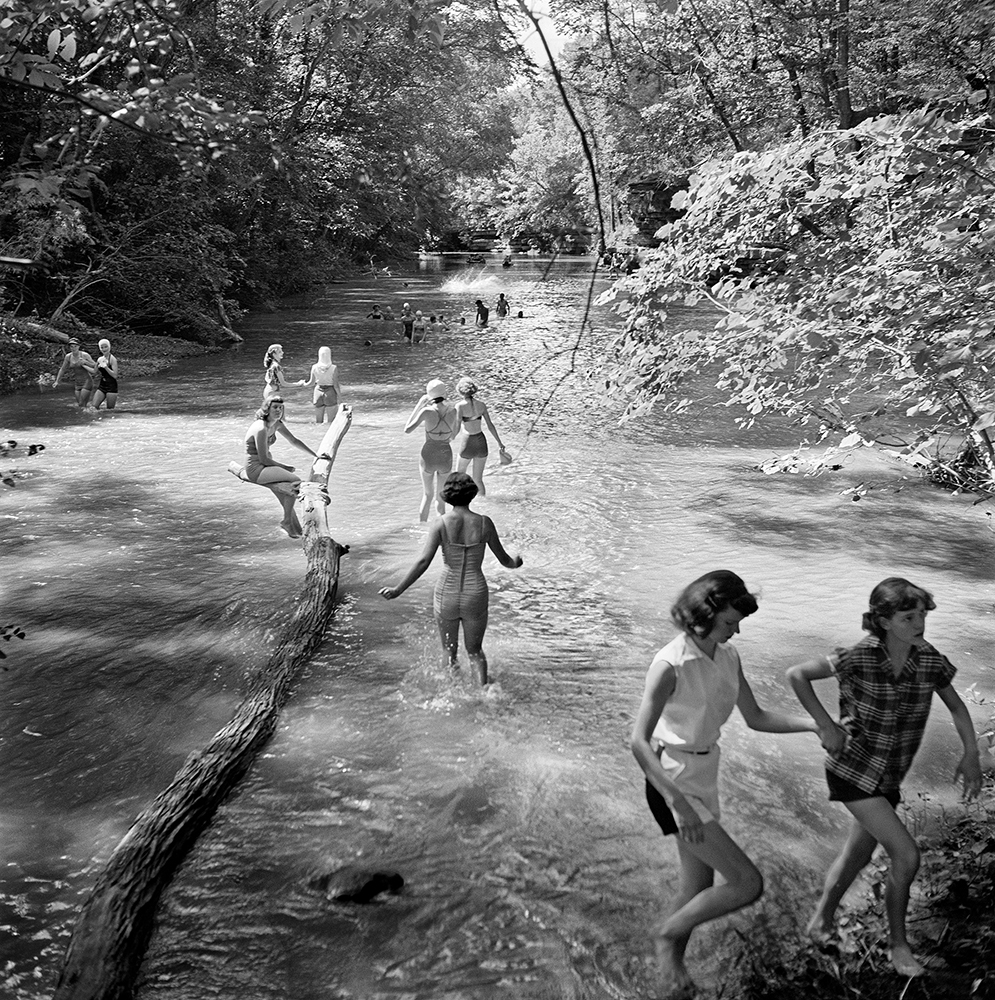 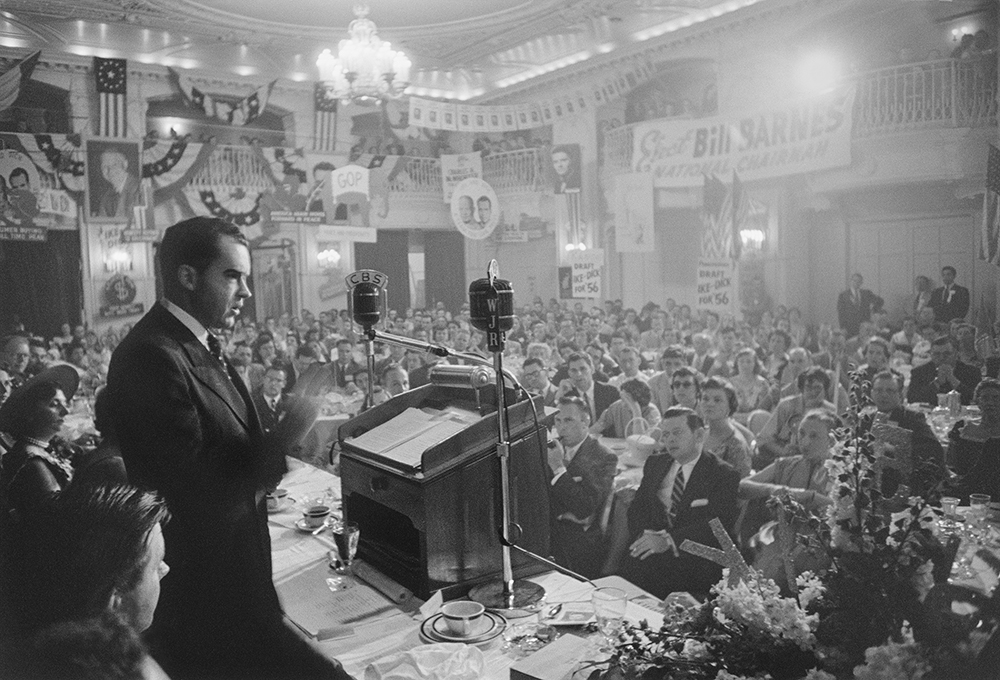