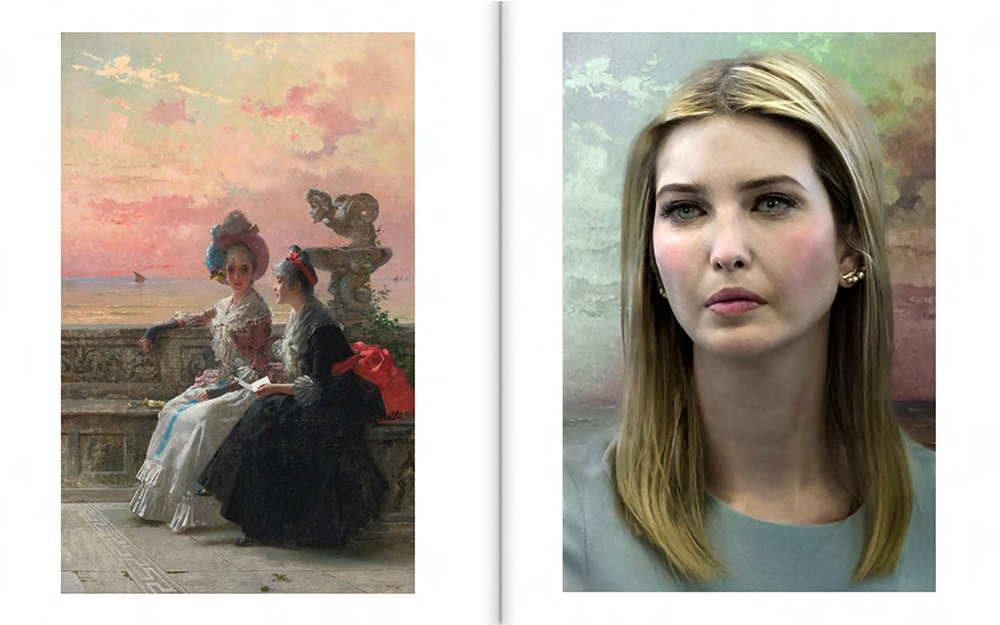 Sometimes an unexpected book lands on my desk and it is so deliciously interesting and unique that it simply makes me happy. Such is the case with the new monograph, Friends, Enemies and Strangers by Oliver Wasow, published by Saint Lucy Books. As a portrait photographer who has dipped my Q-tip into the palette of hand coloring, I was first drawn to his way of presenting photographic portraits, but the range of his subjects makes for a deeper consideration about the power of a portrait. And having just watched the Fred Rogers movie, I looked at each image from the perspective of curiosity and the potential of individuals–it something I always consider when taking a portrait, and it appears that Mr. Wasow does the same–elevating his subjects, whether he likes them or not, to a place that ranges between beautiful, poignant, and barely tolerable. Most importantly, he wants us to look.

Publisher Mark Alice Durant states, “Friends, Enemies and Strangers is a book about the beauty and power Wasow finds in the people he knows, his desire to believe in the decency of those he doesn’t know, and his despair at the lack of humanity in people in positions of power. Using images he’s taken in his studio and found in flea markets and on the Internet, Wasow employs an array of post-production techniques to create a cast of characters that prompts us to reconsider not only the parameters of photographic portraiture but what we can know of human nature. The book includes an essay by Matthew Weinstein and a story by Rabih Alameddine.” 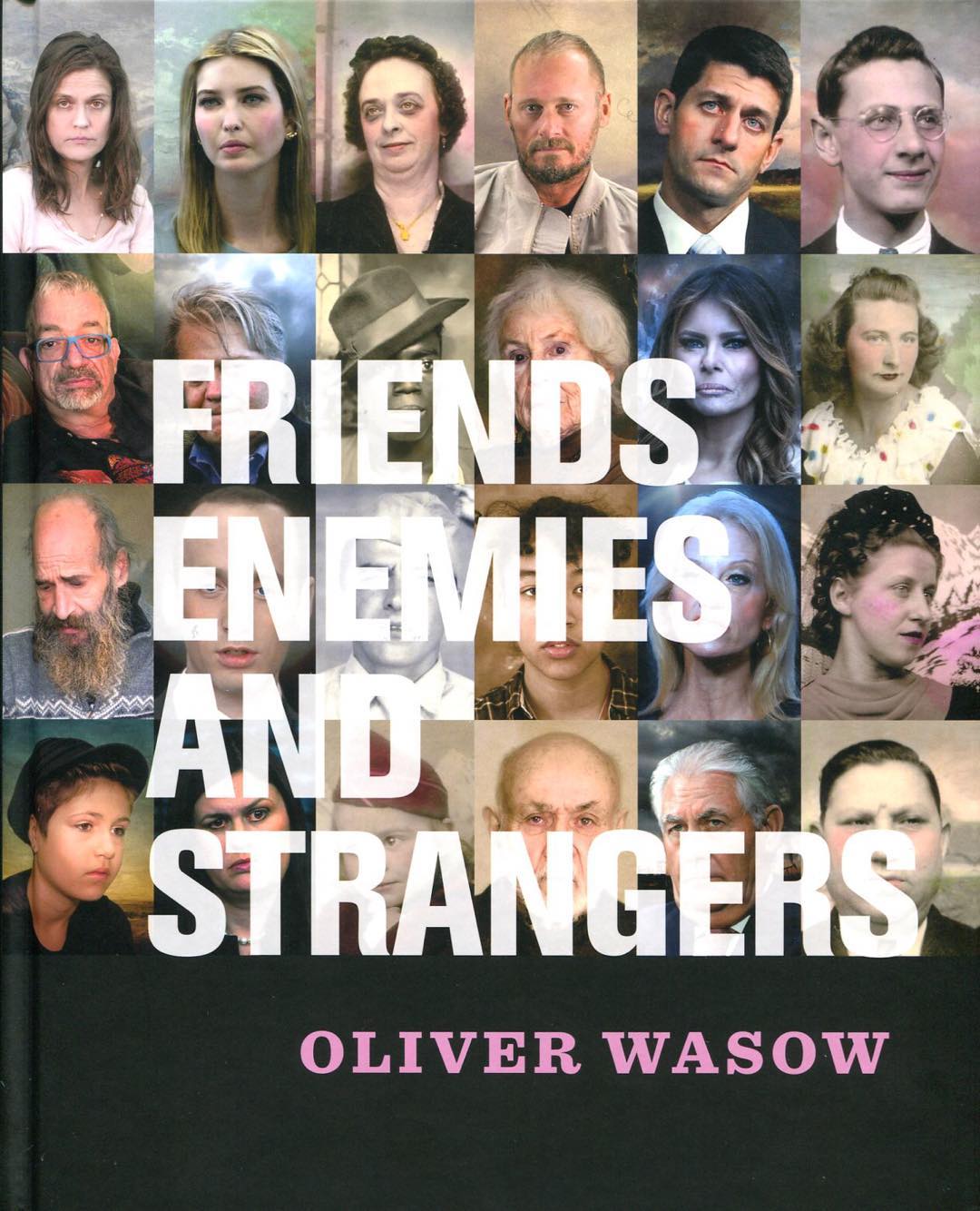 Oliver Wasow is a fine art photographer currently living and working in Rhinebeck, NY. He received his BA from Hunter College and his Master’s Degree from the Transart Institute, In Austria

His work is currently represented by Theodore:Art Gallery in NYC.

Wasow has had a number of one person exhibitions, including shows at the Josh Baer Gallery, Janet Borden Gallery, The Hilliard University Art Museum in Lafayette, LA, The South Eastern Center for Contemporary Art in North Carolina, and Galerie De Poche in Paris, France. His work has also been included in numerous national and international group shows, including such benchmark exhibitions as ‘Manipulated Photography Before Photoshop,’ at The Metropolitan Museum of Art, ‘Image World,’ at the Whitney Museum of Art in NYC, and ‘The Photography of Invention,’ at the National Gallery of Art in Washington, DC.

His photographs are included in a number of private collections and are also represented in various prominent public collections, including The Metropolitan Museum of Art, The Whitney Museum of Art, The Museum of Modern Art in New York City, and The Milwaukee Art Museum. Reviews of his work have been featured in most major art publications, including, among others, Art Forum, ArtNews and The New York Times.

He has been the recipient of various grants and awards including a Louis Comfort Tiffany Grant in 1999 and, in 2000, his second New York State Council on the Arts Grant. 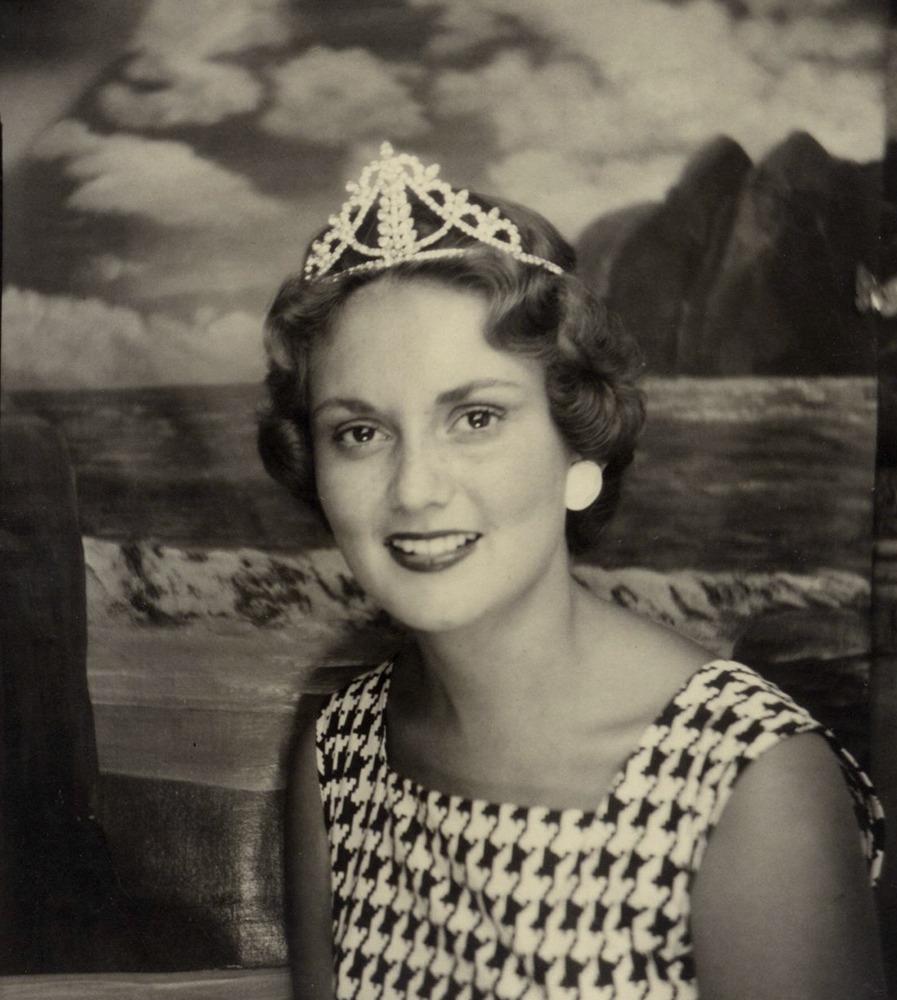 Statement for Friends, Enemies and Strangers

Many of the pictures in Friends, Enemies and Strangers, particularly those of my friends and family, were taken in my studio in New York’s Hudson Valley, while the others were culled from various corners of the Internet and altered or repurposed to serve my own narrative.  These are photographs of people I know and love, of people I don’t know but would perhaps like to know, and of political figures I know, in the most distant sense of the word, but would prefer to have nothing to do with.

Taken together, the images that make up this book are in many ways a reflection on both my faith and my skepticism. They are about the beauty and power in the people I know, my desire to believe in the decency of those I don’t know, and my utter despair at the lack of humanity of people in positions of power.  But more than that, they are about my ever-fluctuating belief in the power of photography to effectively capture any of these conditions.  While these are sincere photographs made with belief in both their strange beauty and their ability relay a story worth telling, they are also produced and arranged in a way that underscores the malleability of their conviction and, by extension, perhaps the conviction of the subjects as well. Most of these images are a product of extensive post-production work, their veracity challenged with the seductive veneer of special effects and fiction.

Serving to underscore the narrative lyricism of the images, the book also contains a short fictional essay by author Rabih Alameddine and a critical essay by the artist Matthew Weinstein. – Oliver Wasow 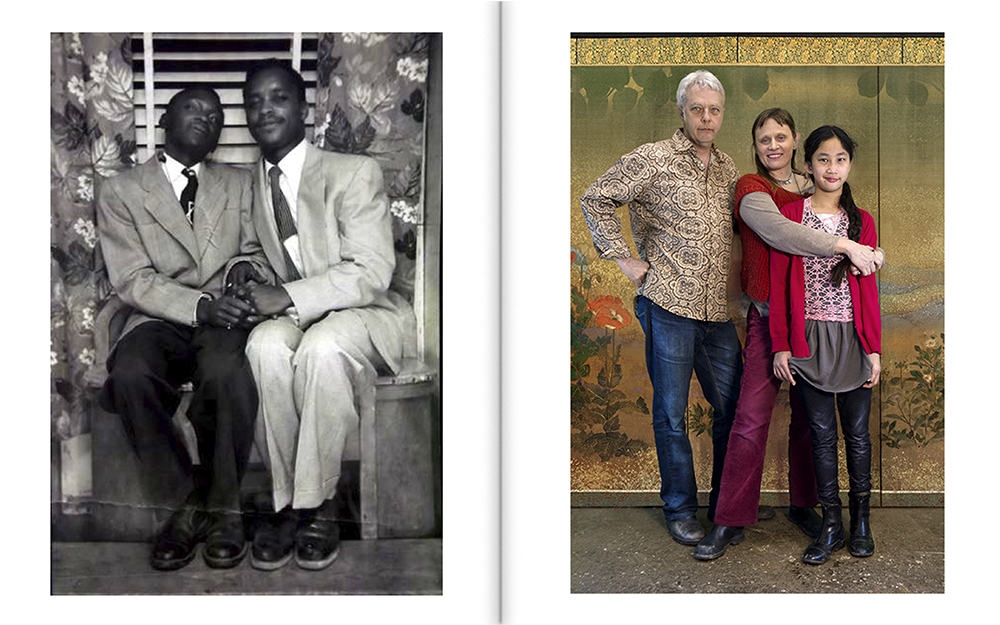 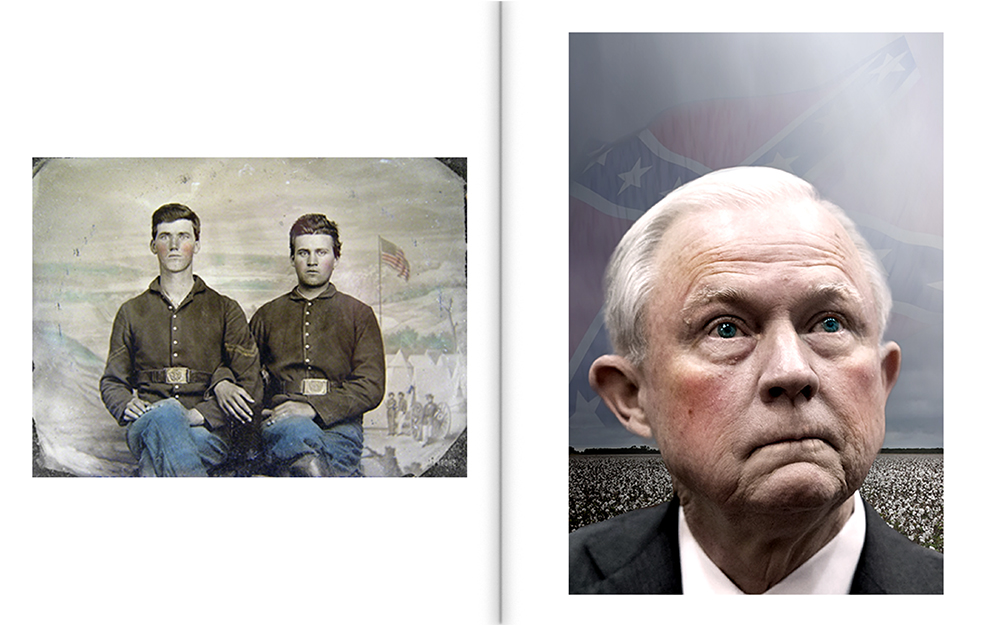 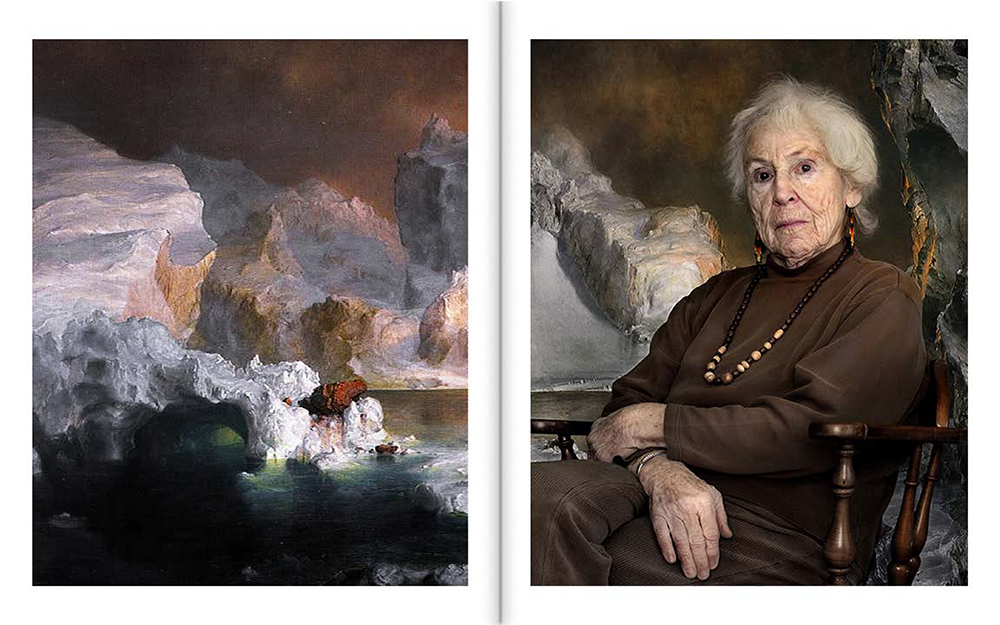 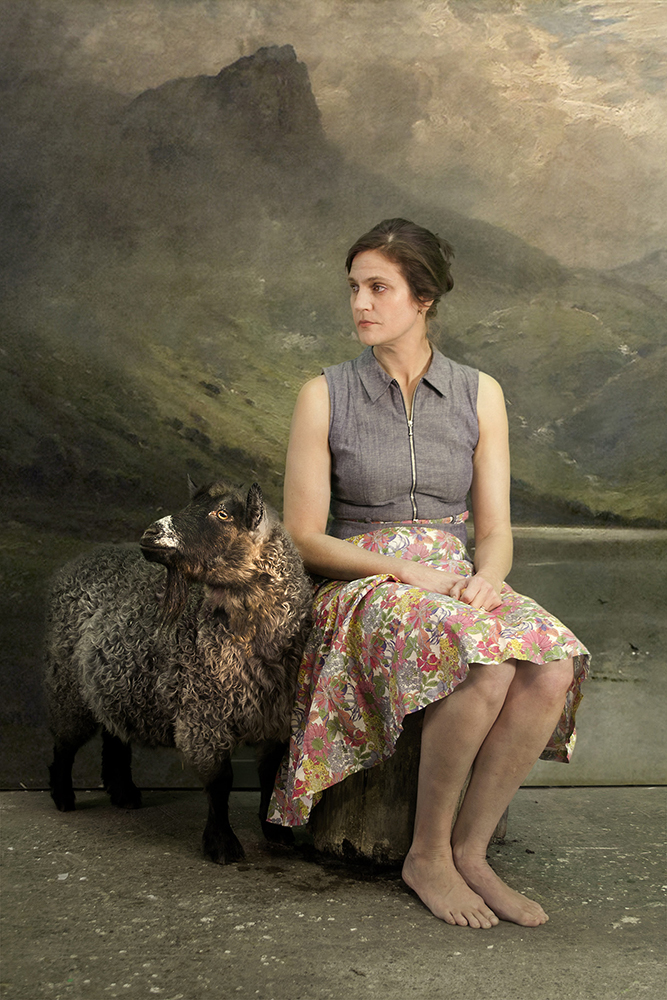 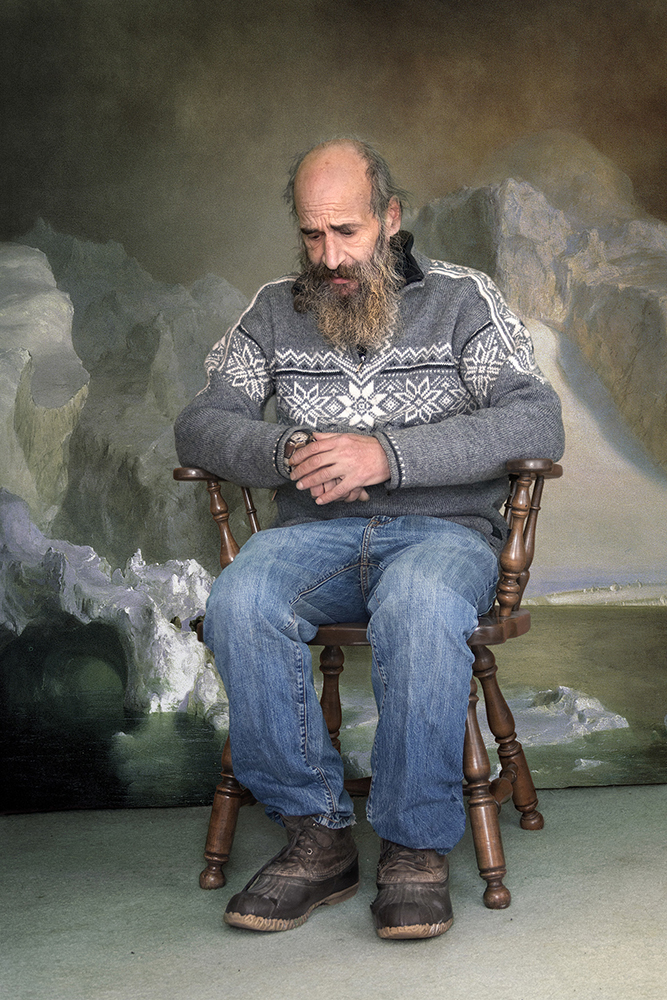 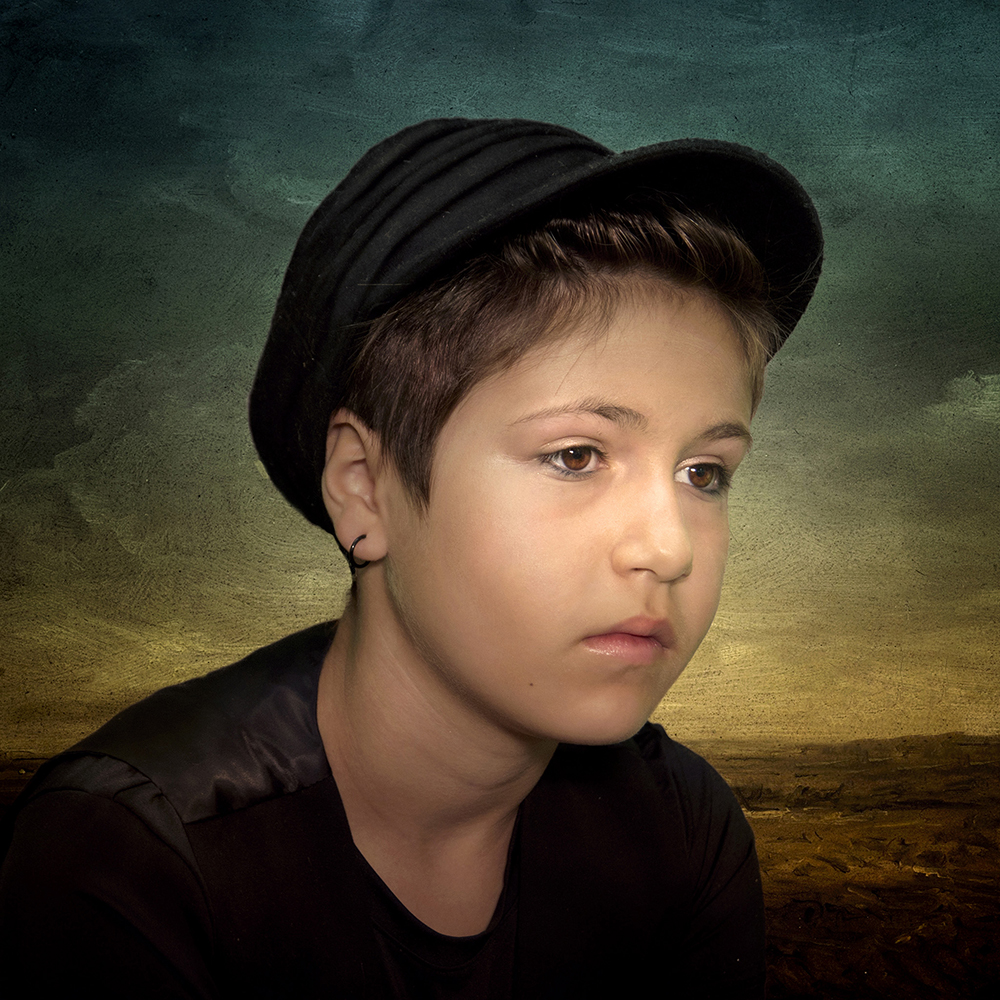 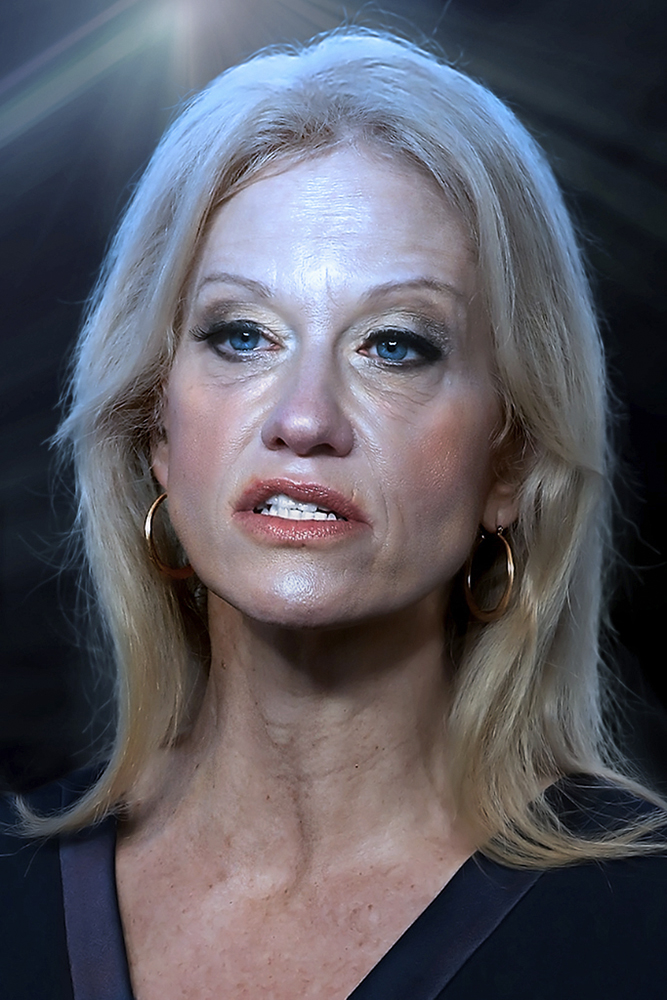 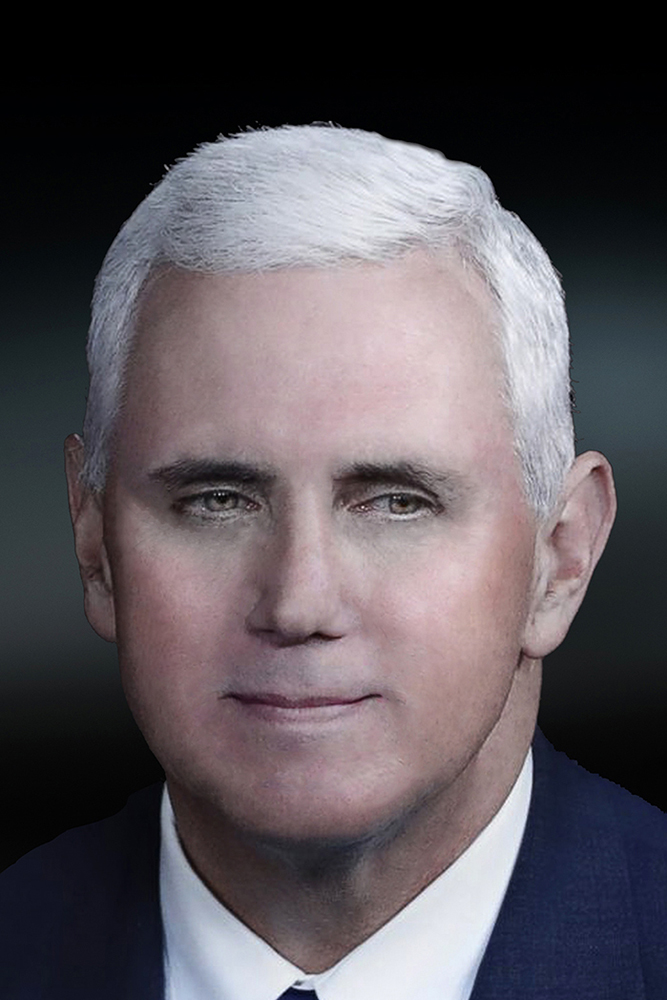 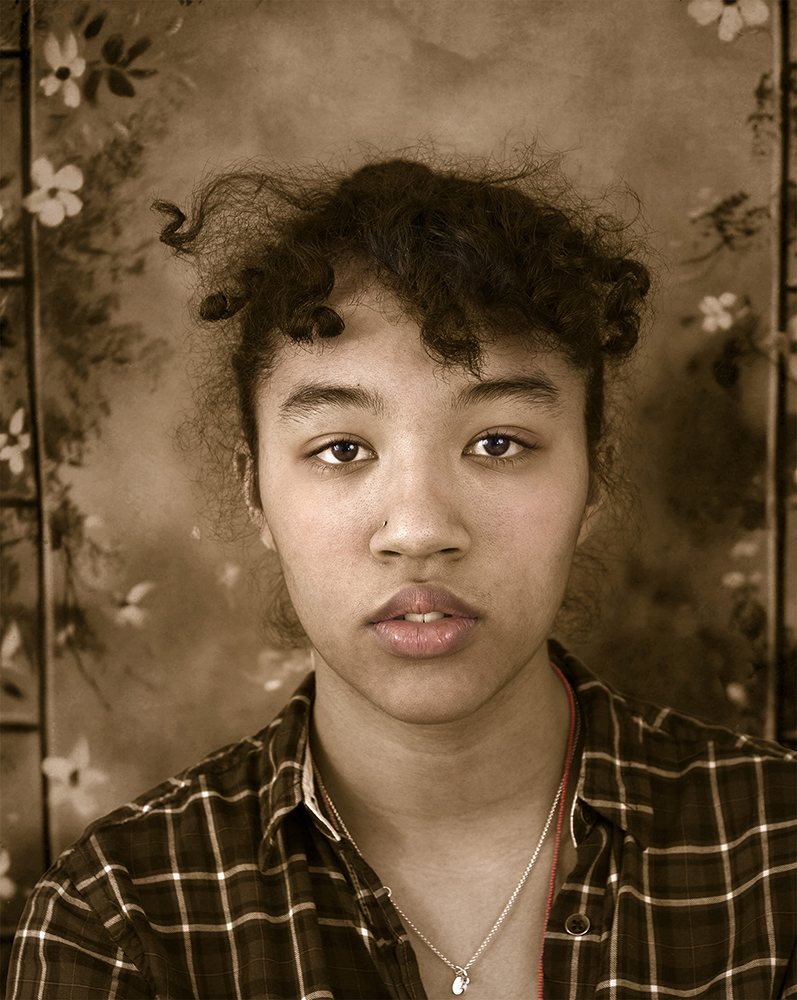 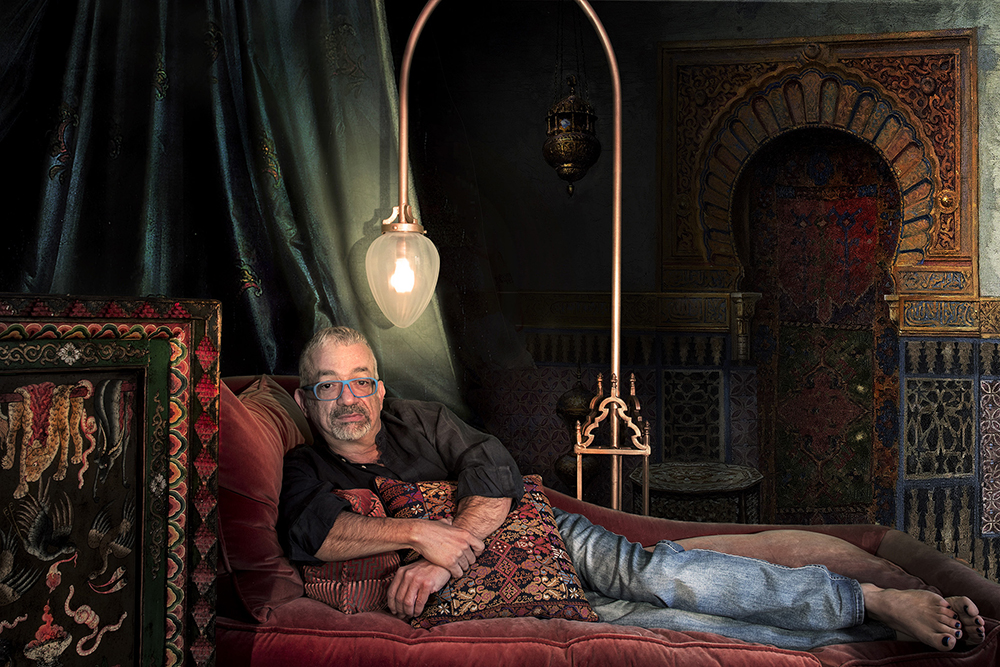 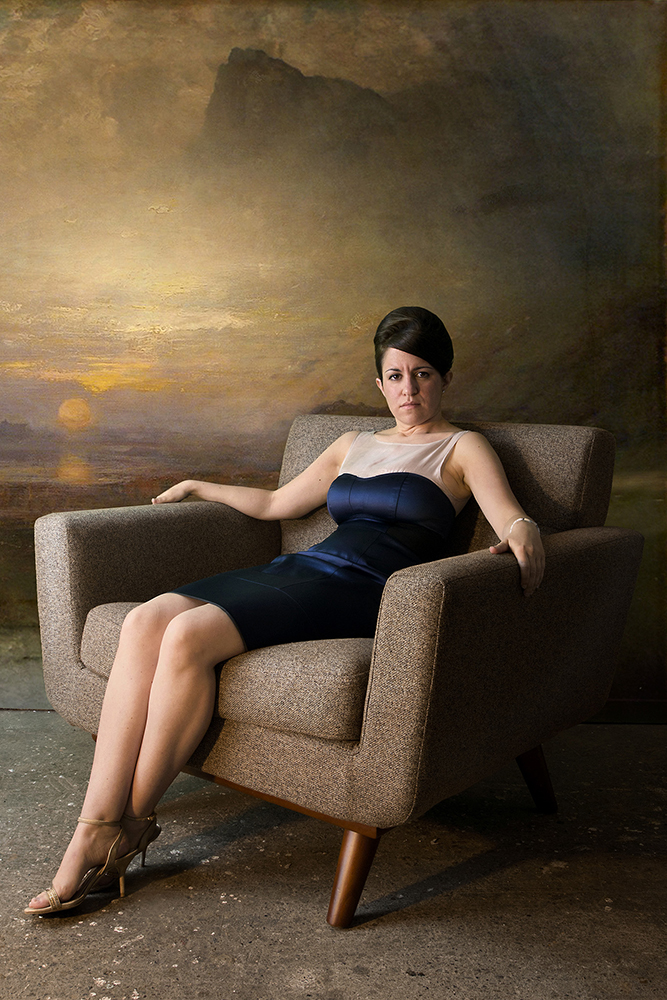 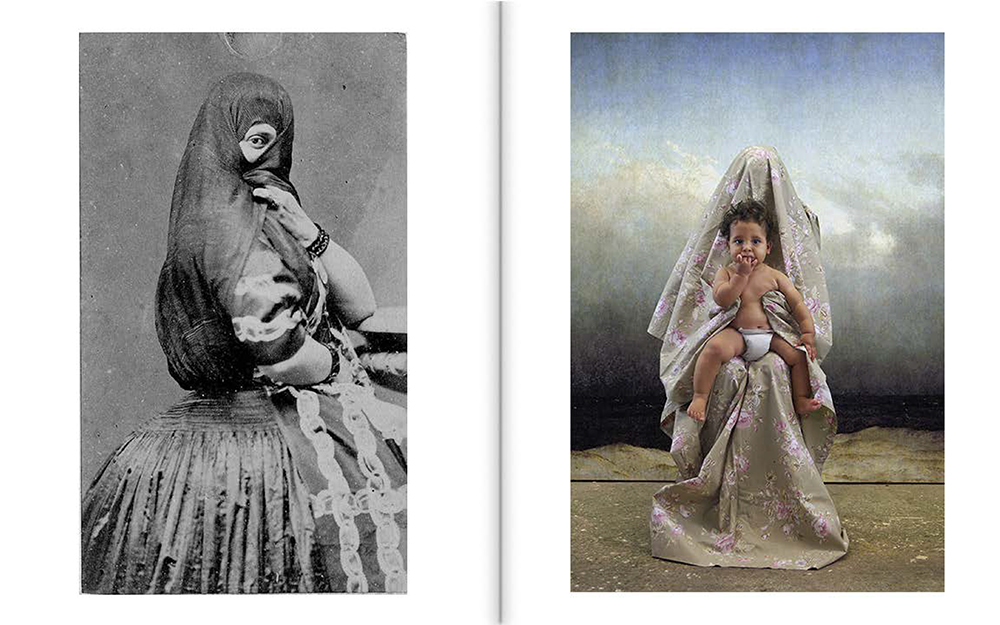 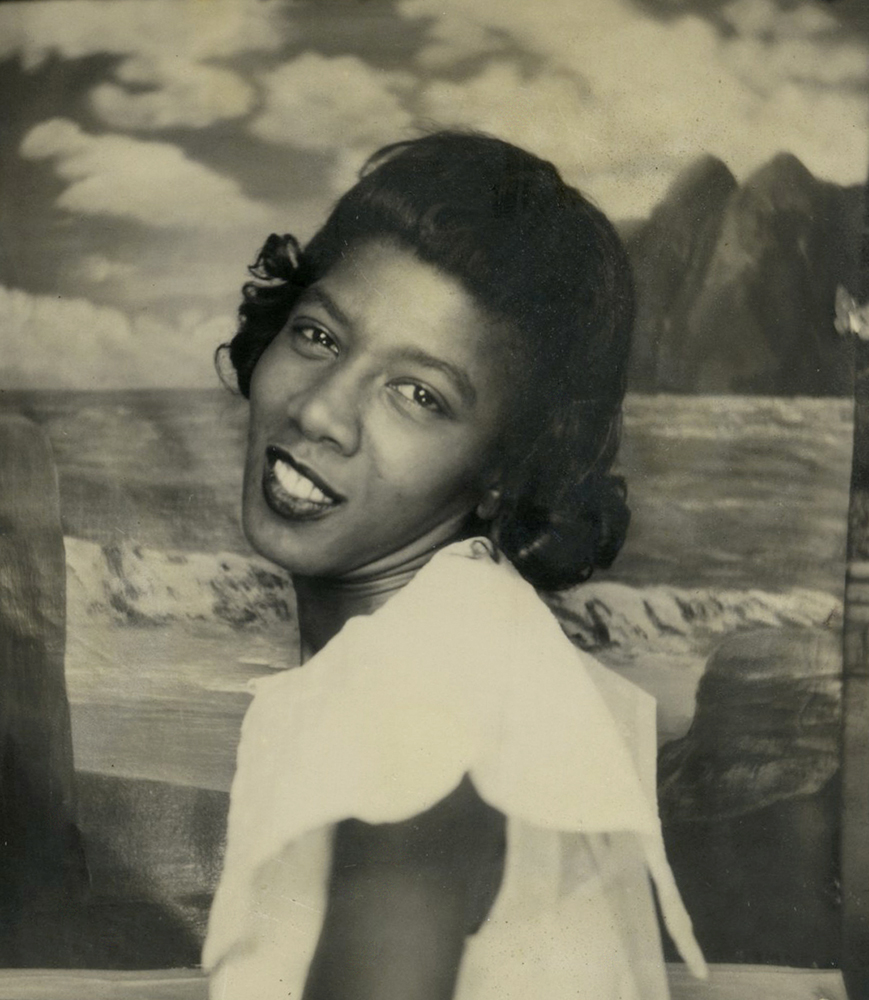 NEXT | Lorena Turner: A Habit of Self Deceit >
< Josephine Sacabo: An Embarrassment of Riches | PREV