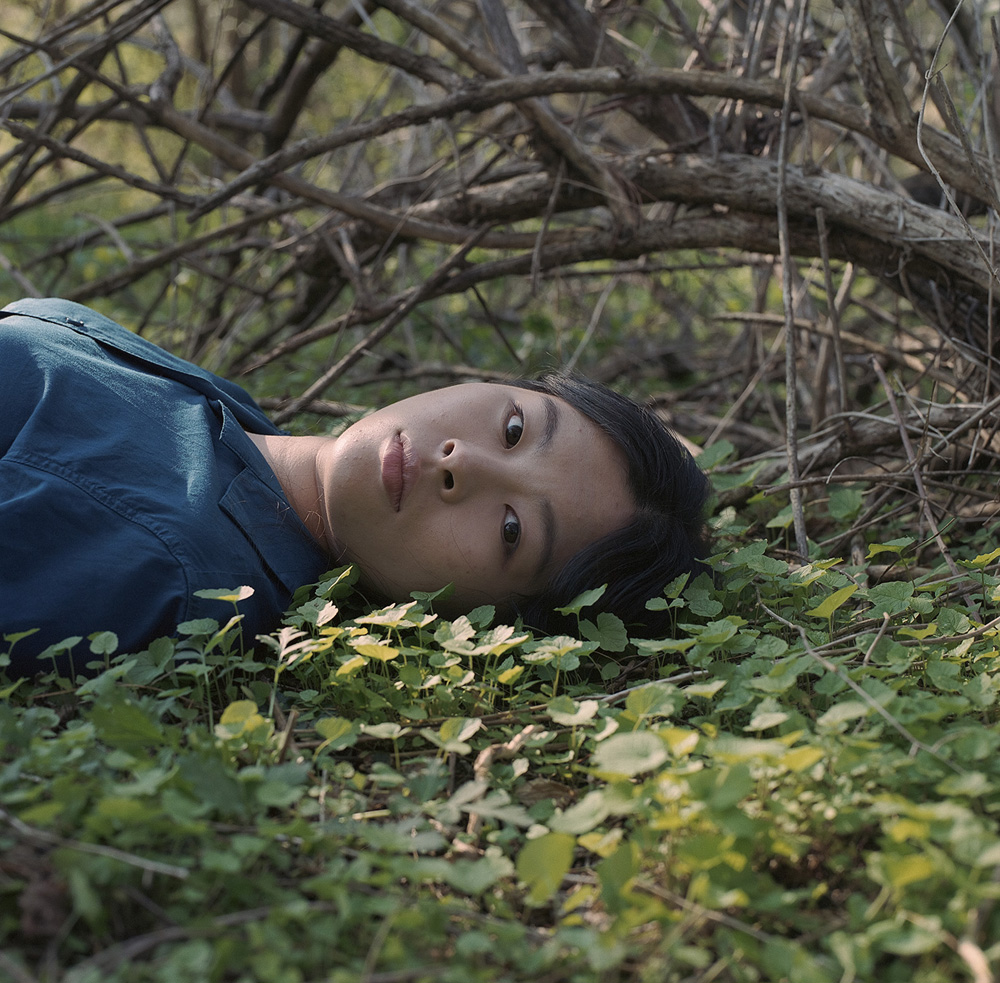 Artist Lydia Panas has mined her own perspective of being a daughter of immigrants and the elusive notion of home to consider self, mirrored in the faces of women and family. Previous projects have examined the psychological connections of women to self and those under the same roof. She states, ” my practice is attentive to the psyche and what lies below the surface in an attempt to probe questions about who we are and what we want to become.” Most importantly, her photographs allow us to truly see her subjects in a profound way.

Lydia has new project, Sleeping Beauty that uses large format photography and video to present her subjects in classical poses of vulnerability, but in fact, they are incredibly real and dynamic. The addition of video ads new layers of consideration as we bear witness to the sitter’s energy and potential. In an era of reality tv, plastic surgery, and women-as-barbie-doll mentalities, Sleeping Beauty is a tonic to those fabricated and simplistic portrayals of women. Lydia’s photographs bring a power and beauty to a woman’s humanity with these quietly compelling and potent portraits.

On Wednesday February 20th, the Martin Art Gallery at Muhlenberg College is will open a solo exhibition Sleeping Beauty, running through April 13, 2019.  The opening reception on Wednesday February 20th from 5 – 6:30pm and an artist talk on March 27th in the adjacent Recital Hall.  In conjunction with this exhibition there will be an interdepartmental panel discussion entitled Feminist Perspectives: Sex and Gender in the Creative Economy and Beyond, on March 12th, at 7pm in the Recital Hall, in the Baker Center for the Arts, across from the Gallery.   Sleeping Beauty will be accompanied by a 20-page catalog with essay by Seph Rodney. Martin Art Gallery is located in the Philip Johnson-designed Baker Center for the Arts on The Muhlenberg College Campus, 2400 Chew Street, in Allentown PA 18104. 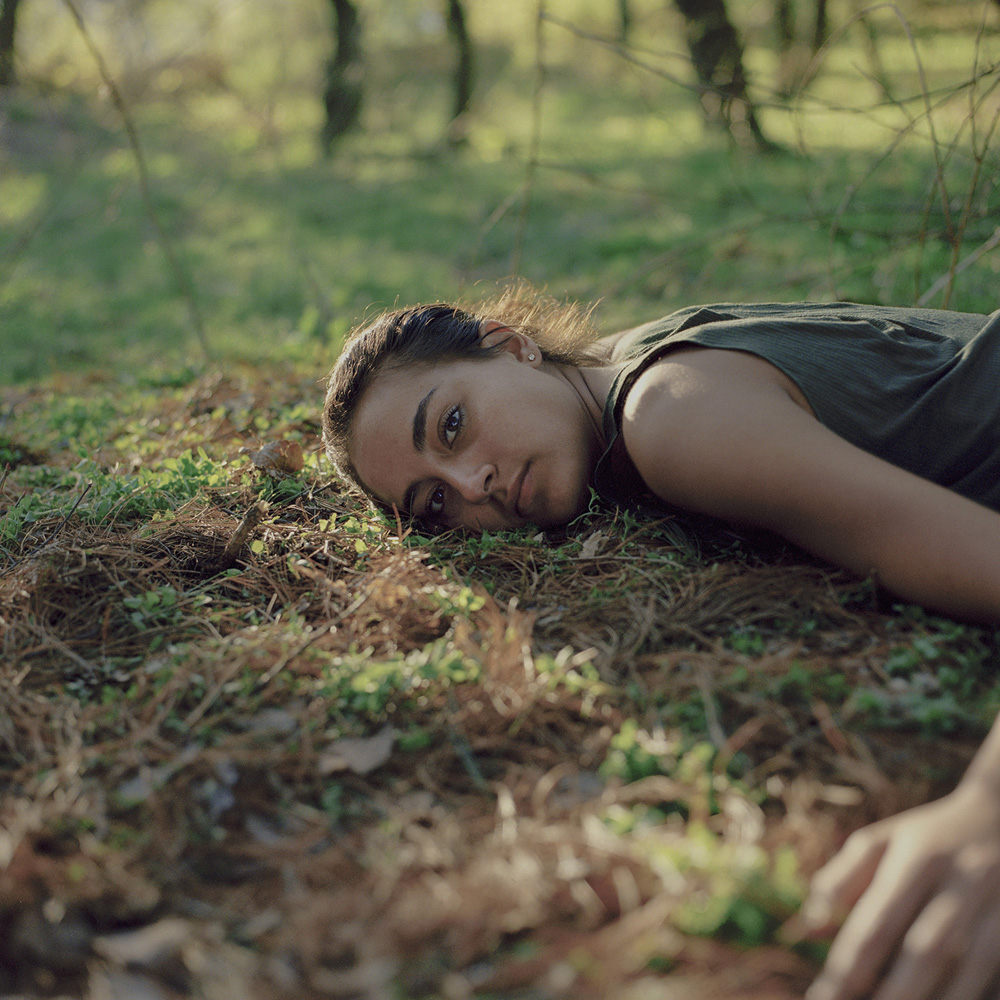 Monae (2) from Lydia Panas on Vimeo.

Through a series of video installations and photographic works, Sleeping Beauty examines the contradictions women face in a world struggling to embrace their power.  As we have seen with the #metoo movement, our collective bias against women creates double standards and unattainable demands.  The issue is compounded when women are bombarded with contradictory messages: be strong, be sexy, be beautiful, be powerful, in every aspect of their lives.  The women and girls in Sleeping Beauty lie outdoors on the ground, yet they are alert and aware.  This work highlights the capacity for strength and knowledge that lies below the surface.

The portraits convey a strength unseen and unsettled, contradicting the viewers’ tendency to see the individuals as helpless damsels.  Acting as mirrors, the photographs reverse the gaze from viewer to the subject as the viewer becomes a collaborator in the process.  Exploring the roles of power and trust on both sides of the camera, Panas pays close attention to what she brings to the photographic encounter.  Demonstrating not just how women are viewed but how women themselves view the world, the artist asks the viewer to envision him or herself with these constraints and what it might feel like, collaborating in a shared, collective experience.  Watching Serena Williams at the U.S. Open, Panas was recently reminded that rage and femininity are taboo.  We learn to conceal our feelings when internal leanings clash with societal expectations. “I was taught as a girl to look nice and be silent.  My practice tells me I need to speak up.”

Lydia Panas is an artist working in photography and video. Her work explores our collective societal relationship to women. Using a variety of approaches, her practice is attentive to the psyche and what lies below the surface in an attempt to probe questions about who we are and what we want to become.  The daughter of immigrants and raised between two continents, the notion of home has always felt elusive.  Settling on seventy acres in Pennsylvania to raise her family, the natural landscape is an important element in the work.

Lydia’s work has been exhibited widely in museums and galleries in the U.S. and internationally.  Her works are represented in public and private collections including the Brooklyn Museum, Bronx Museum, Museum of Fine Arts Houston, Palm Springs Art Museum, Allentown Art Museum, Museum of Contemporary Photography Chicago, Museum of Photographic Arts San Diego, and the Sheldon Museum among others.  Her work has appeared in many periodicals such as the New Yorker, the New York Times Magazine, The Village Voice, French Photo, and Hyperallergic. Lydia has degrees from Boston College, the School of Visual Arts, and New York University/International Center of Photography. She is the recipient of a Whitney Museum Independent Study Fellowship and a CFEVA Fellowship.  She has two monographs, “Falling from Grace” (Conveyor Arts 2016) and “The Mark of Abel” (Kehrer Verlag 2012) which was named a best coffee table book by the Daily Beast.  She divides her time between Kutztown, Pennsylvania and New York, New York. 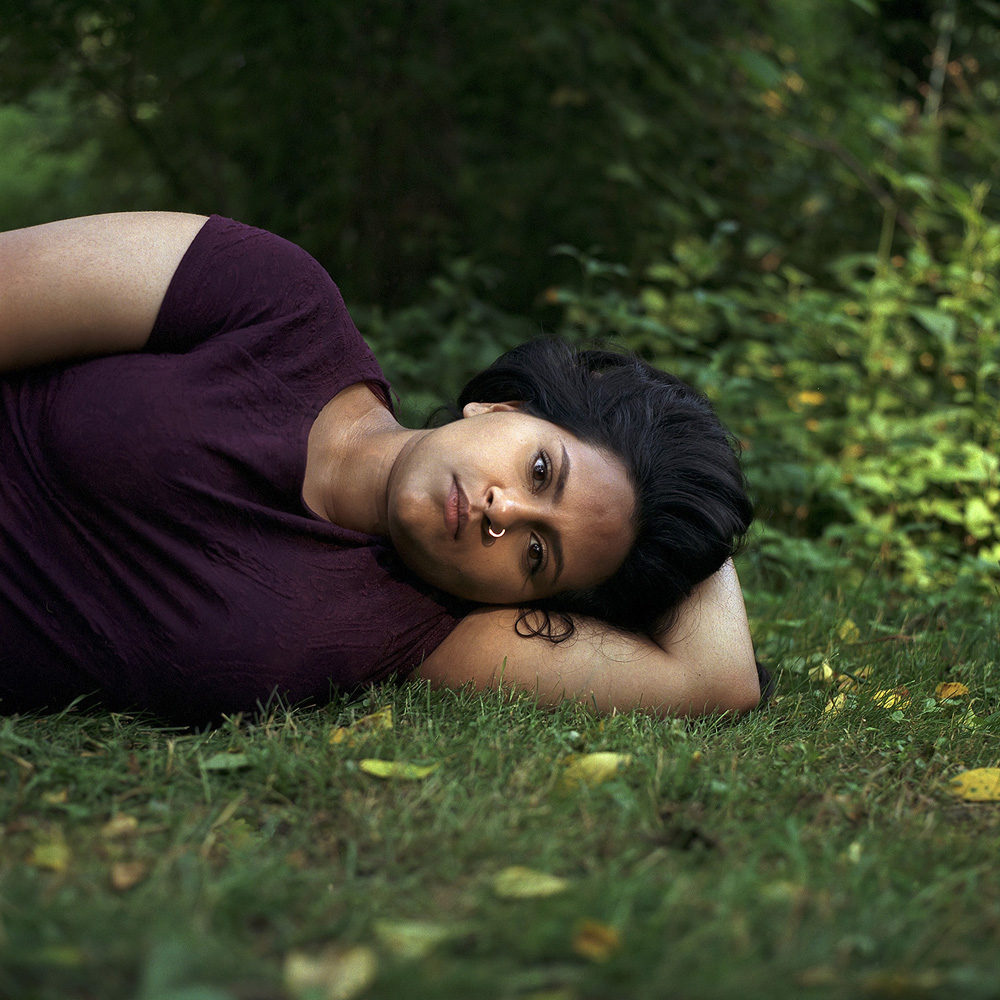 My work explores our collective societal relationship to women. Attentive to the psyche and what lies below the surface I am interested in questions about who we are and what we want to become. Living on a seventy-acre farm for the past thirty years, notions of home and the landscape play an important role in the work.

My images allude to secrets we keep and things we hide. Our early hopes and expectations, the belief that we can do anything, leave us at odds as we mature and internalize resistance from society. We learn to be both cautious and defiant – promised a kingdom, we are continually silenced. How do we stand up when we are perpetually taught to sit down? Suspended between the desire to communicate and the fear of being exposed, we walk a tightrope between hiding and wanting to be seen.

Rong (2) from Lydia Panas on Vimeo.

The women and girls in “Sleeping Beauty” lie outdoors on the ground in a vulnerable position, yet they are alert and aware. This work highlights the capacity for strength unseen and unsettled, contradicting the viewers’ tendency to see the individuals as helpless damsels. Paying attention to what I bring to the photographic encounter, I explore the roles of power and trust on both sides of the camera. I want to describe what it feels like to be a woman, to be human, by experiencing fully the range of emotions we have the capacity to feel. Not intended as factual representations, the images reverse the gaze, confounding the viewer as he/she/ they become a collaborator in the process.

Our collective bias against women creates double standards and unattainable demands. As we’ve seen with the development of the #metoo movement, dozens of women come forward with the same allegations and yet they are still labeled as liars, too sensitive, too emotional, too malicious or promiscuous. The issue is compounded when women are bombarded with contradictory messages: be strong, be sexy, be beautiful, be powerful, in every aspect of their lives. “Sleeping Beauty”, a metaphor for the strength that lies hidden, ready to emerge, investigates these themes. – Lydia Panas 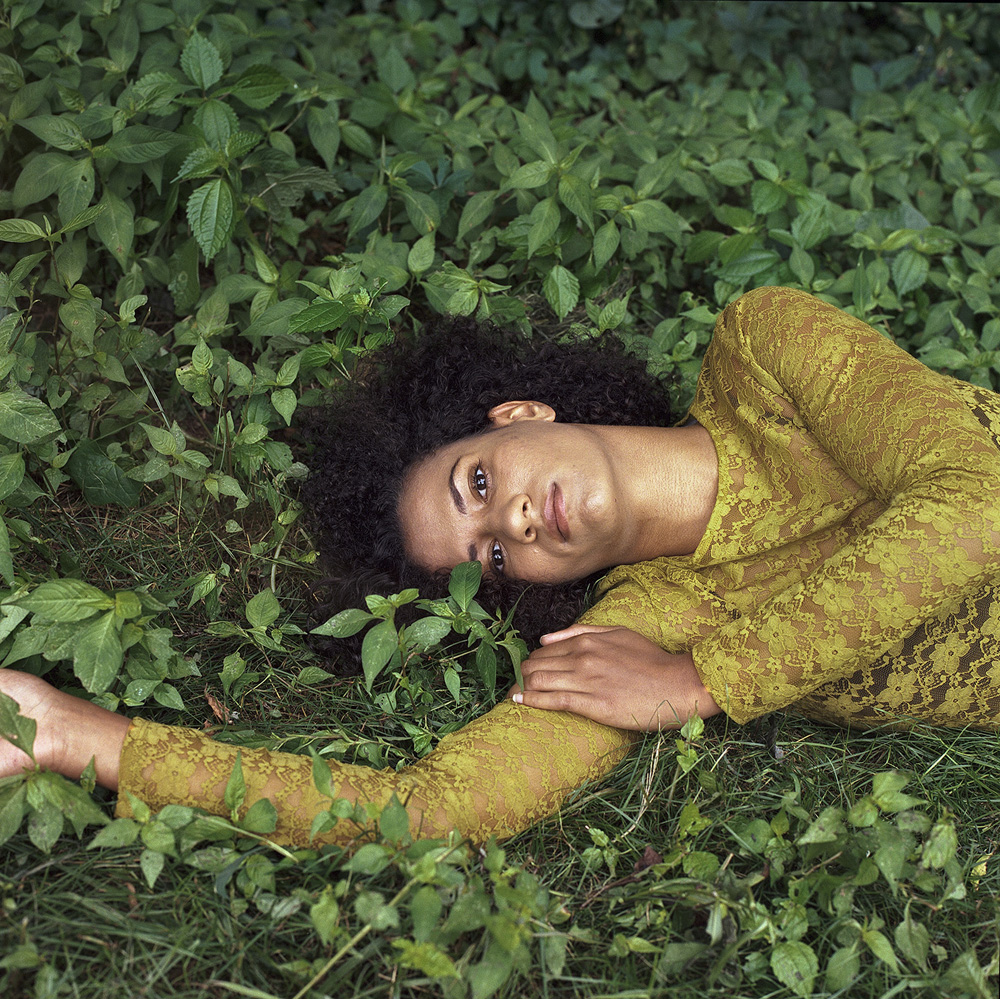 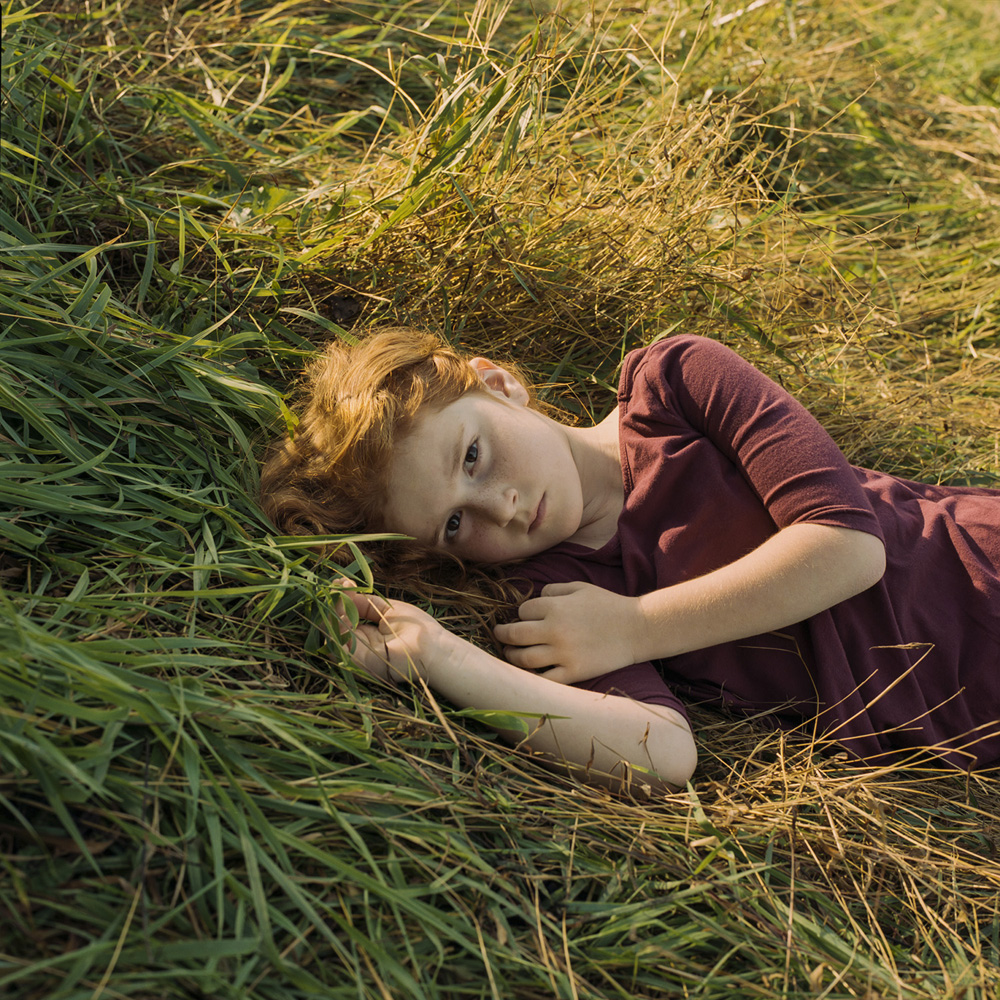 Leah from Lydia Panas on Vimeo. 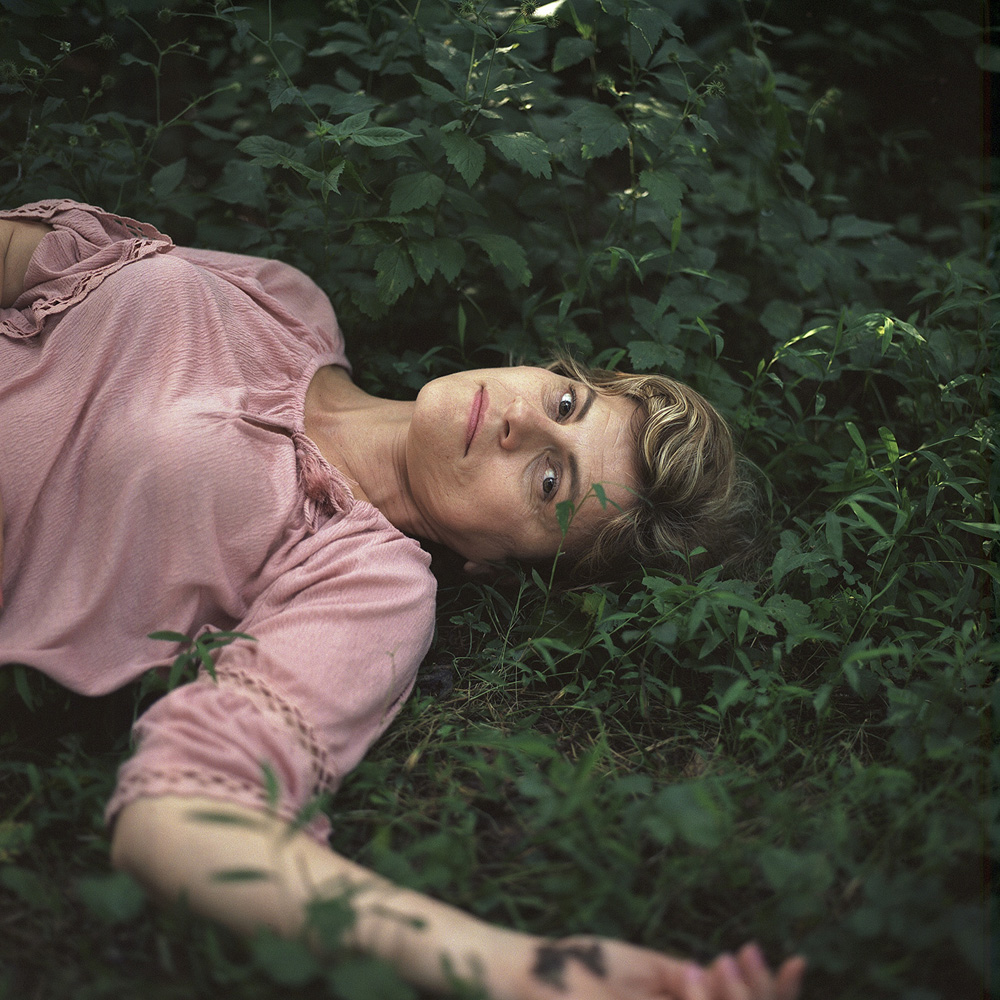 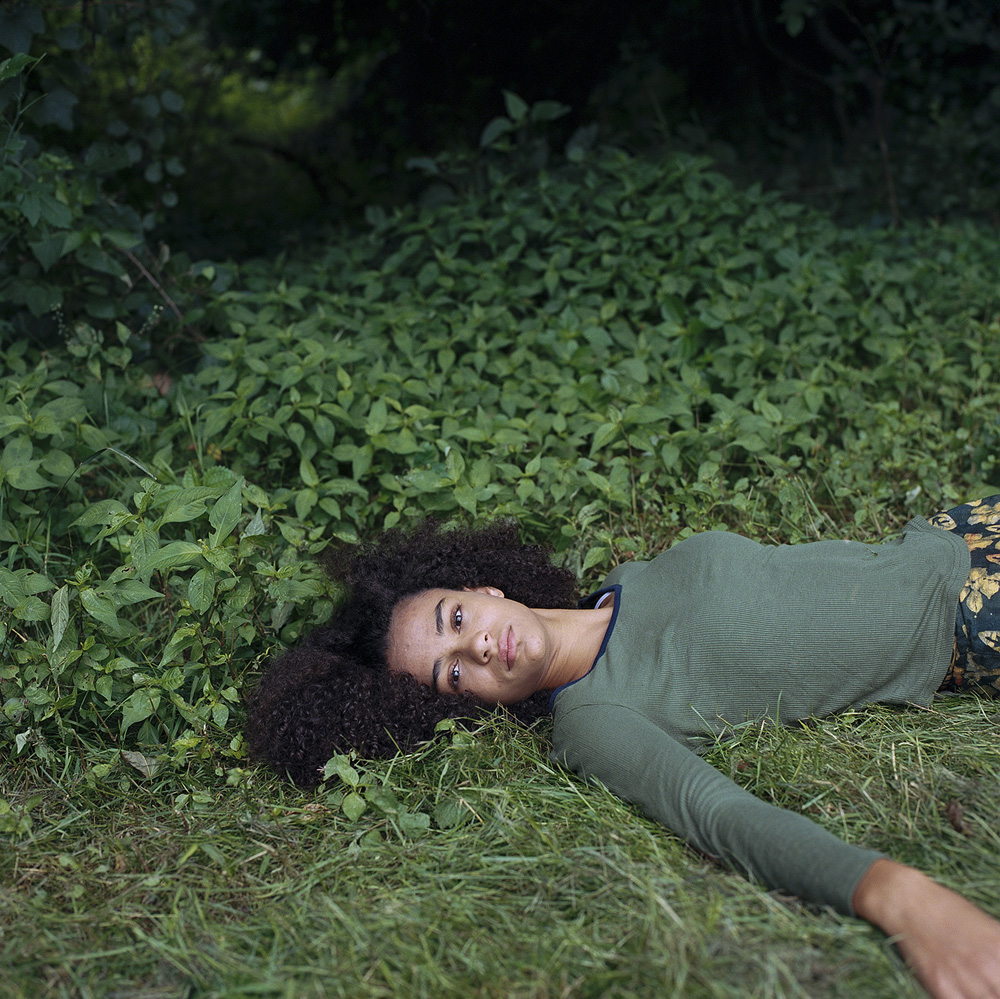 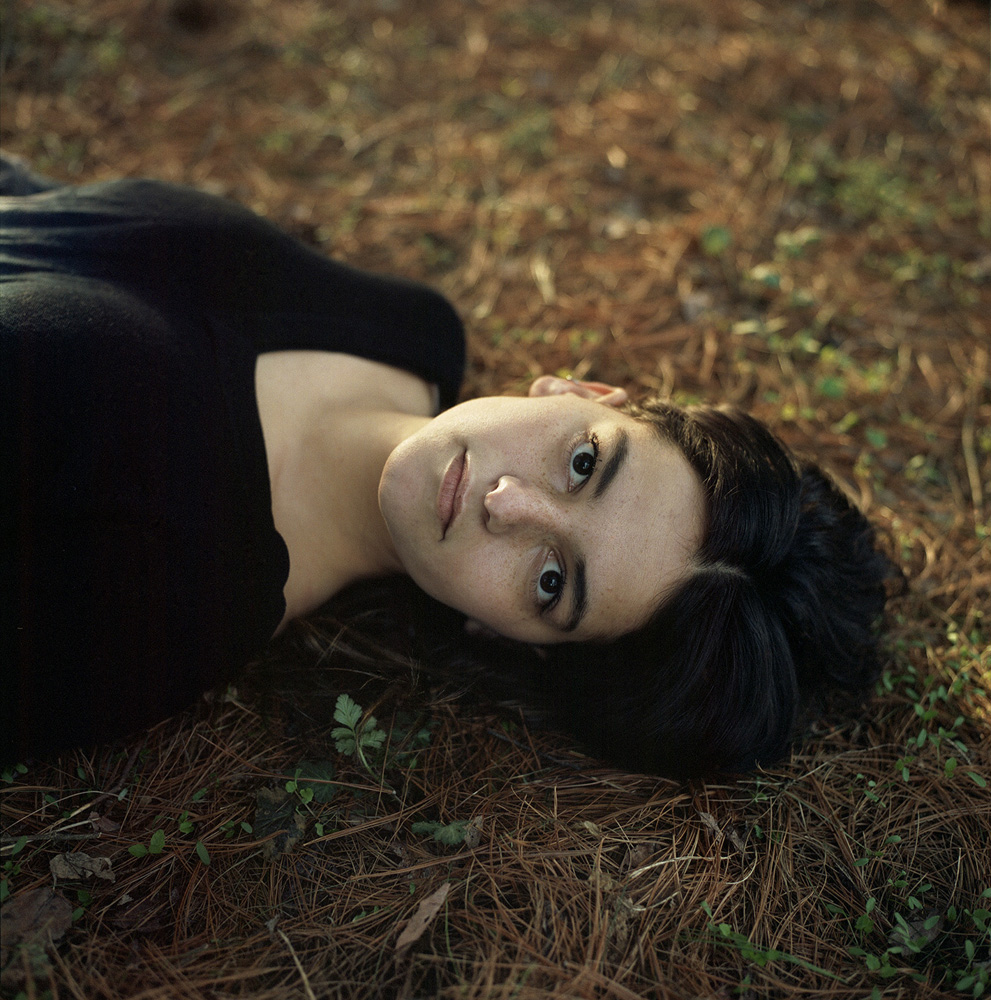 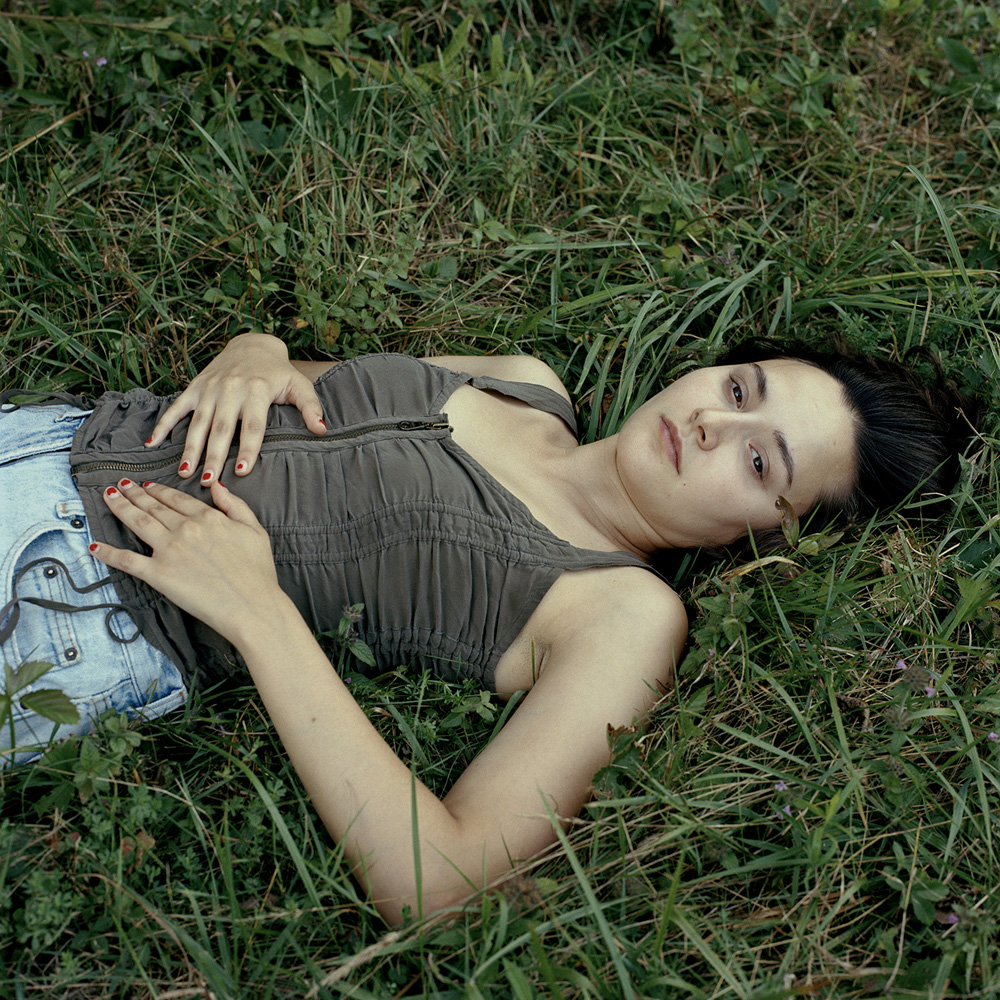 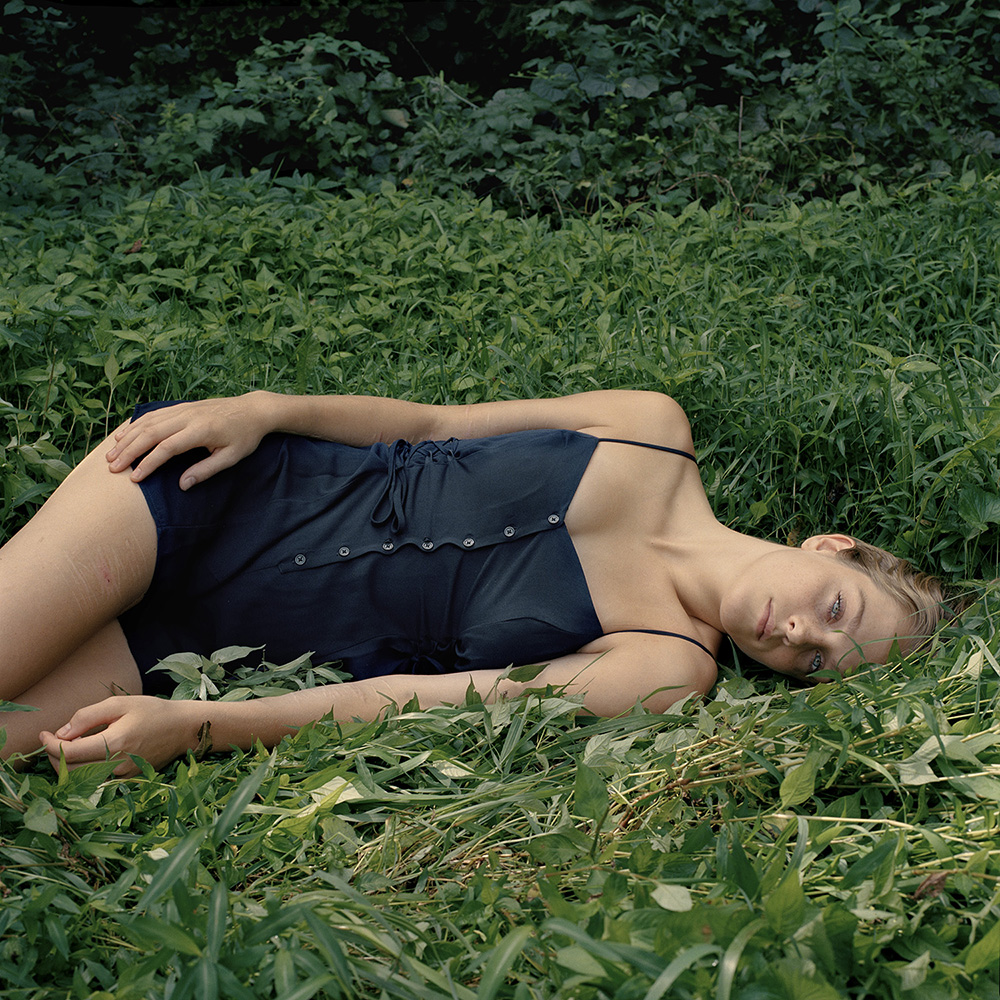 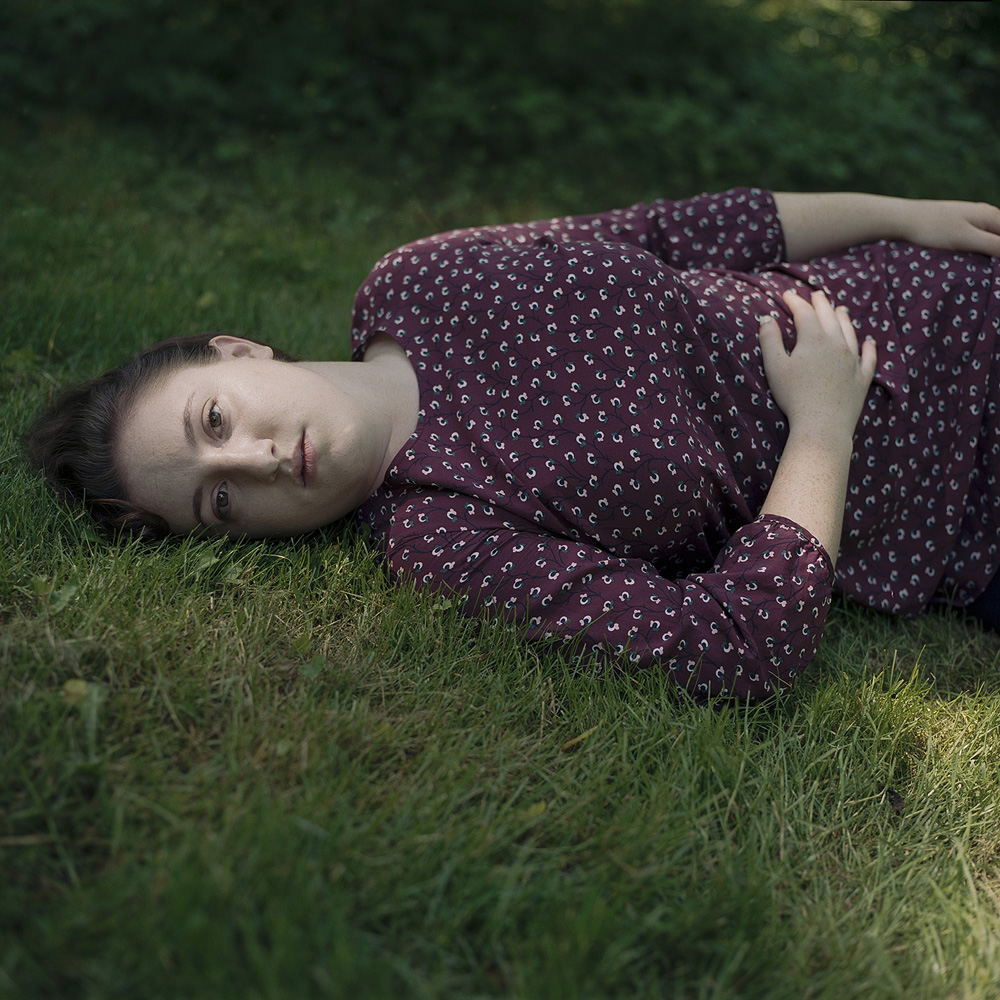 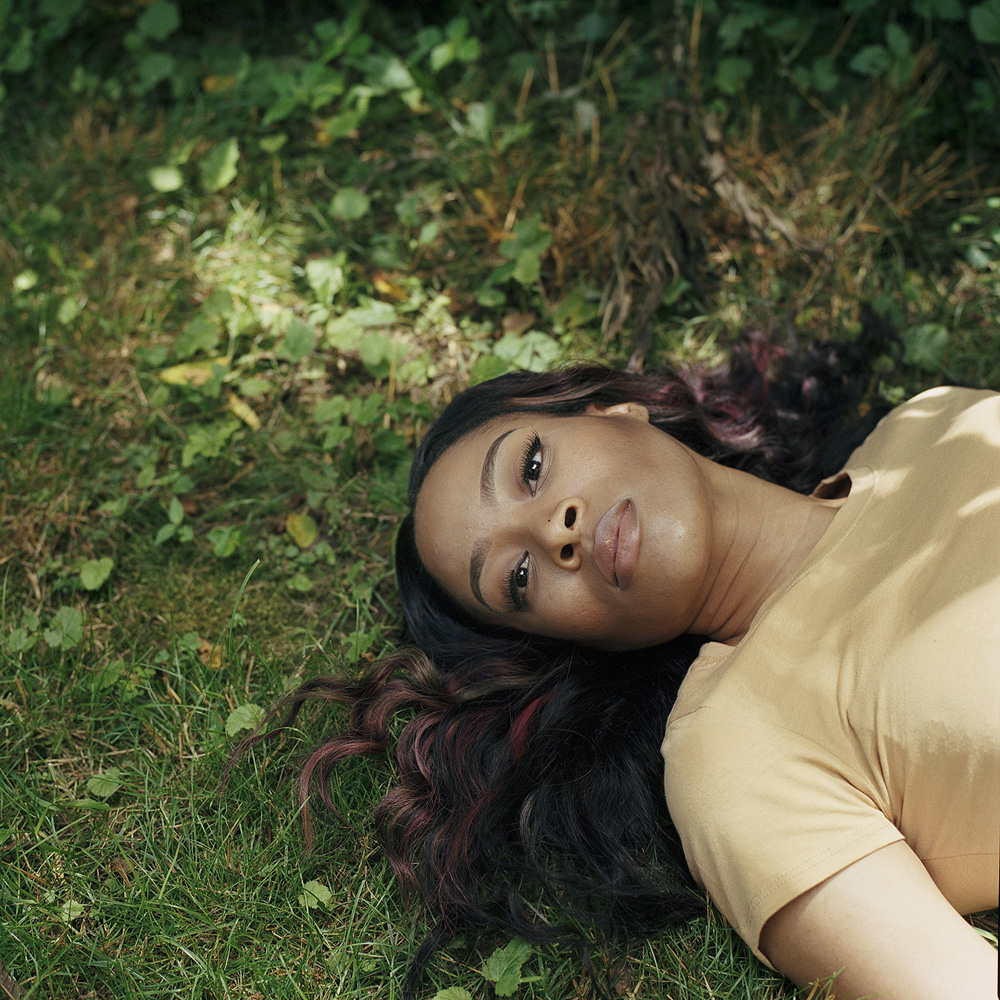 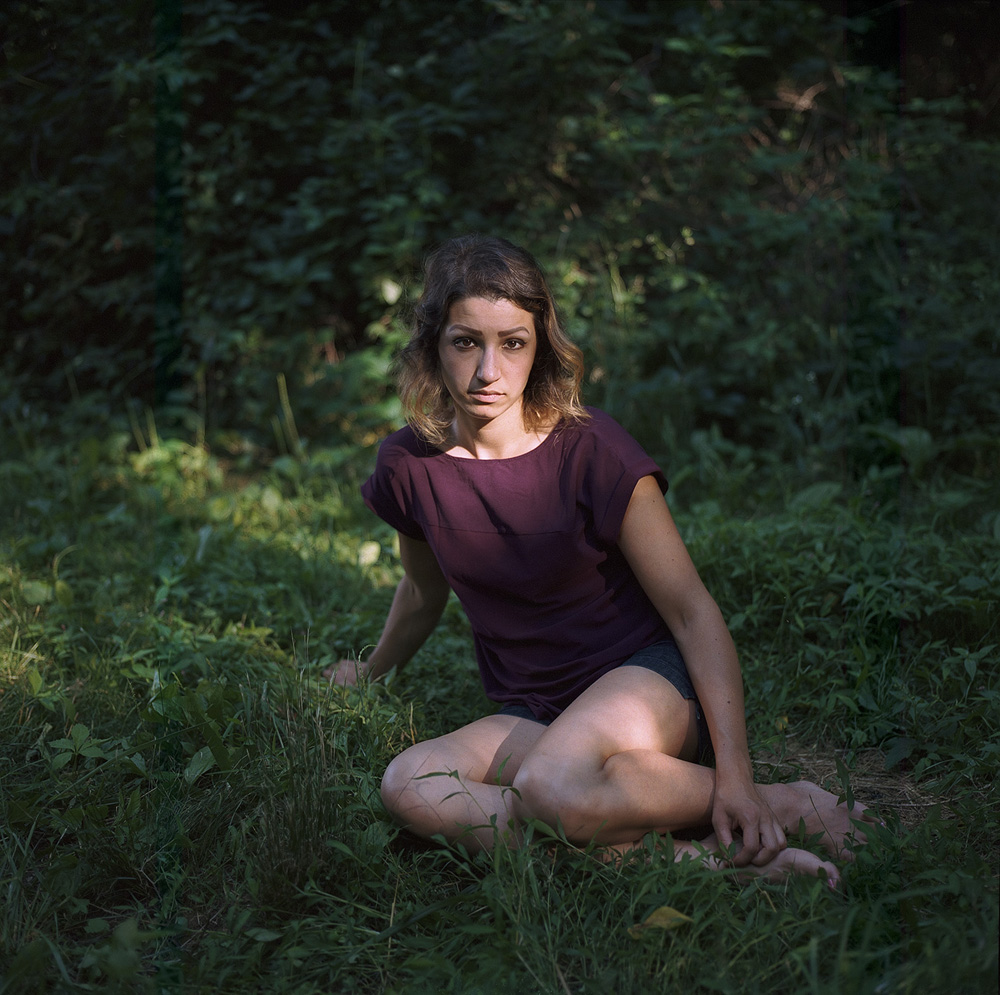 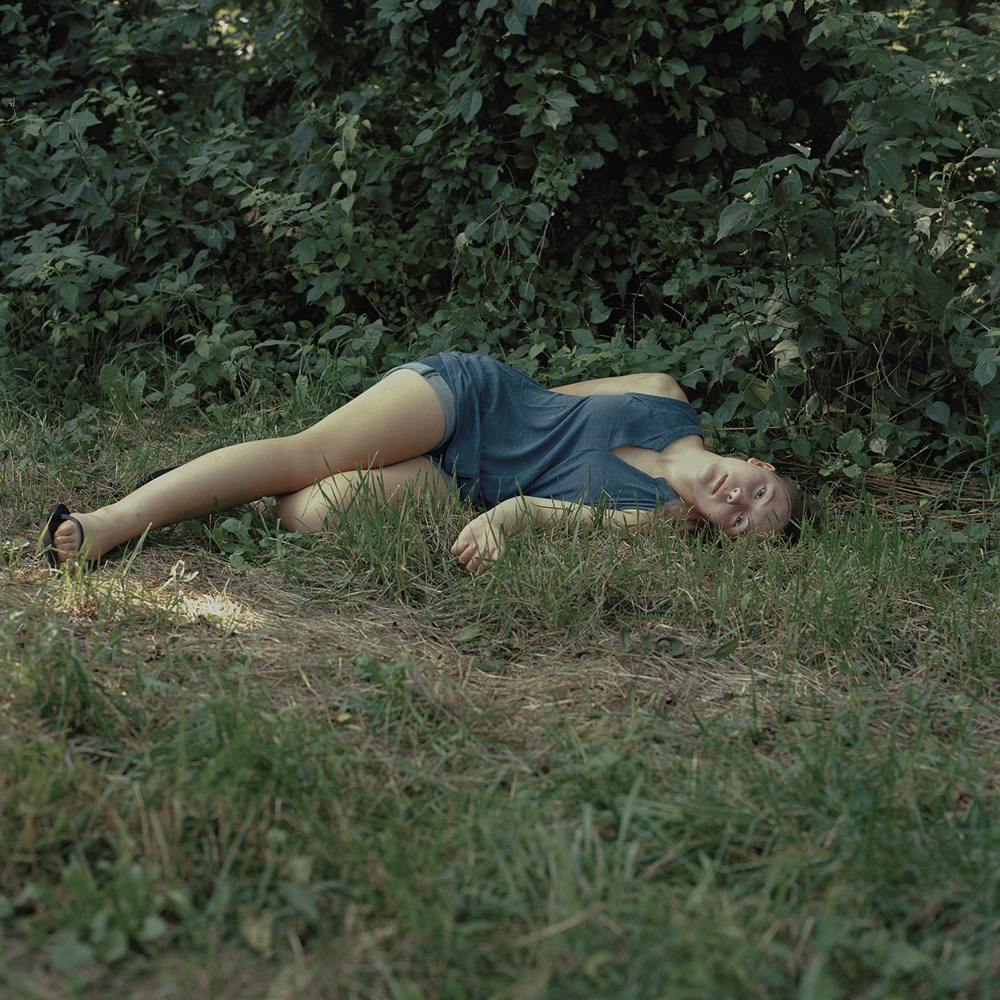 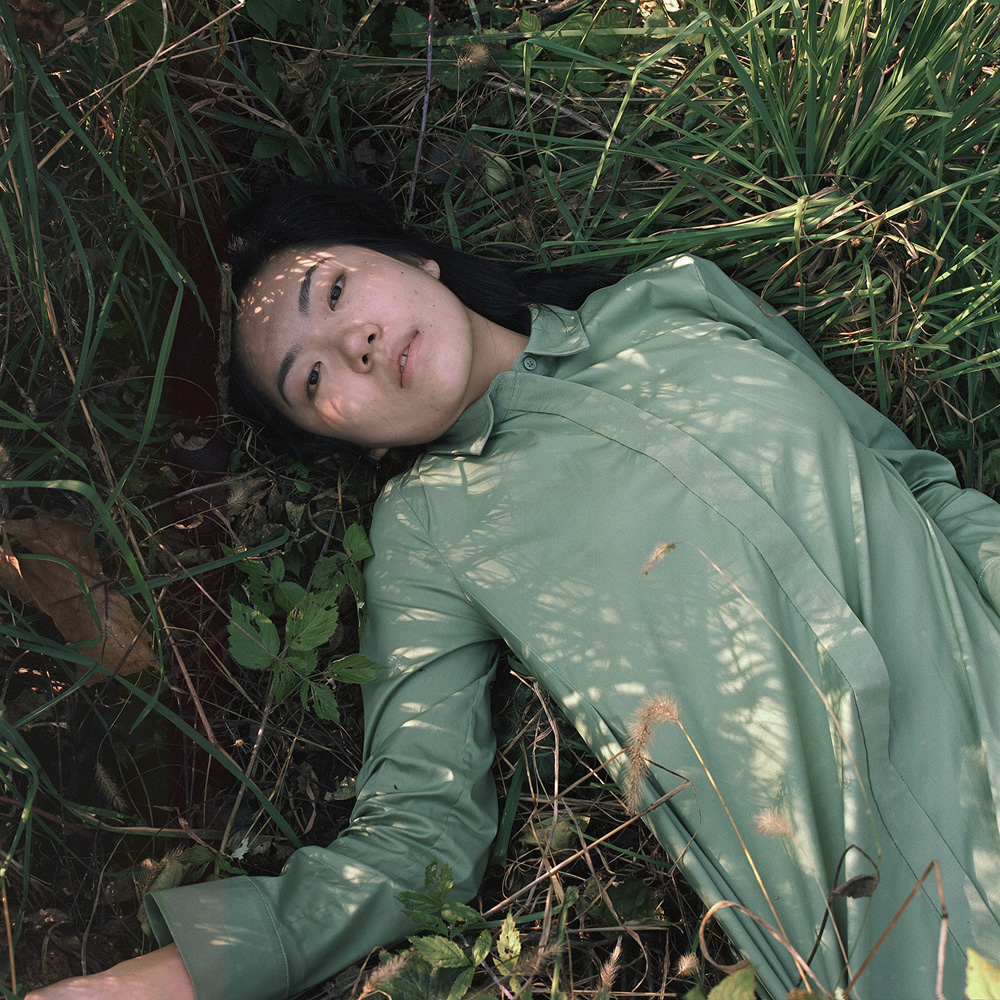