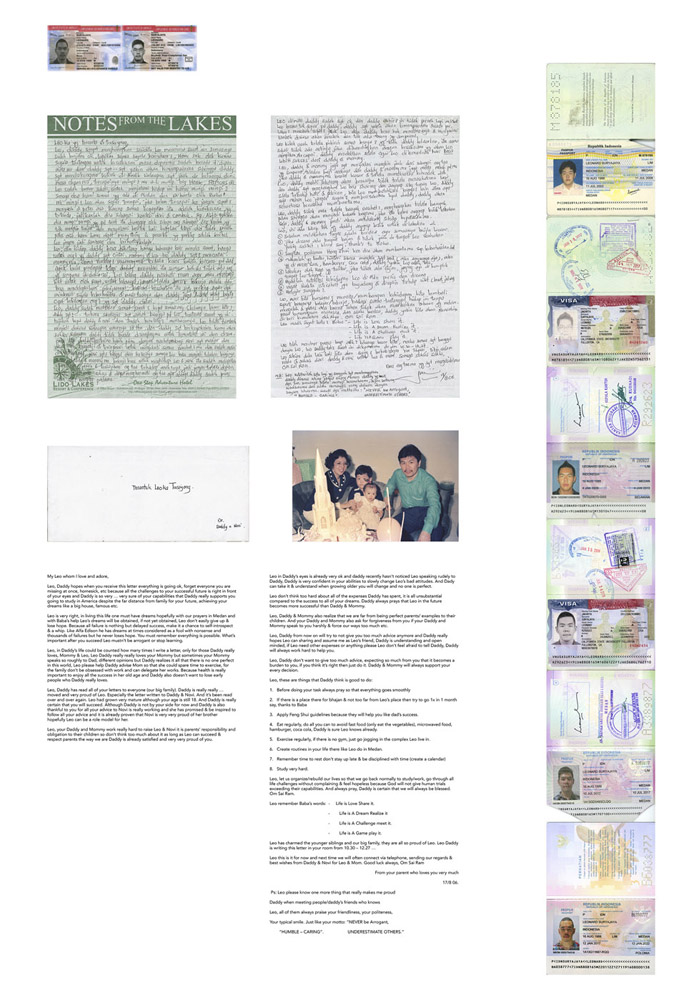 Congratulations to Leonard Suryajaya, for his First Place win in CENTER’S Excellence in Multimedia Award  for her project, False Idol. The Excellence in Multimedia Award recognizes outstanding photo-media artists and storytellers working in a variety of media processes and subject matter. Supports a project that utilizes photography, video, installation, or other elements that expand on traditional methods of displaying and experiencing photography. Winners receive an opportunity to be part of the Winners Exhibition at El Museo Cultural de Santa Fe, complimentary participation and presentation at Review Santa Fe for the 1st place winner in each category, and an Online exhibition at VisitCenter.org

As technology evolves so does the definition of multimedia art. However, it’s not the tools that make lasting art, it is how the artist uses these tools to express experiences and ideas. Reviewing the work for the CENTER Multimedia Award has been both creatively challenging and enlightening. Today people are not only being creative with media processes, they are reinventing new ways to share and tell facts and stories. The work that caught my attention are artists who are pushing multimedia forward in unexpected and imaginative ways, and at the same time touching pressing issues that both define and divide us.

Leonard Suryajaya’s series False Idols pushes the boundaries of representation of his/our intimate relationships. Using his loved ones as subjects in his bizarre play, Suryajaya creates elaborate scenes that are beautiful, absurd and at times disturbing. He works with several different mediums to stretch our point of view on immigration and culture norms. Suryajaya’s collages are immediately curious and unusual, yet at the same time highlight a tenderness that is very familiar. Along with photographs and video, Suryajaya also uses text as part of his imagery, words appear handwritten in installations, prints are created from his text chains, or emails superimposed into his images. The mix of words and images create an elaborate stage for multi-generational and racially diverse cast who perform his unique visual language. In the end, his work highlights that being different comes at an awkward emotional cost even though it’s something we all understand. 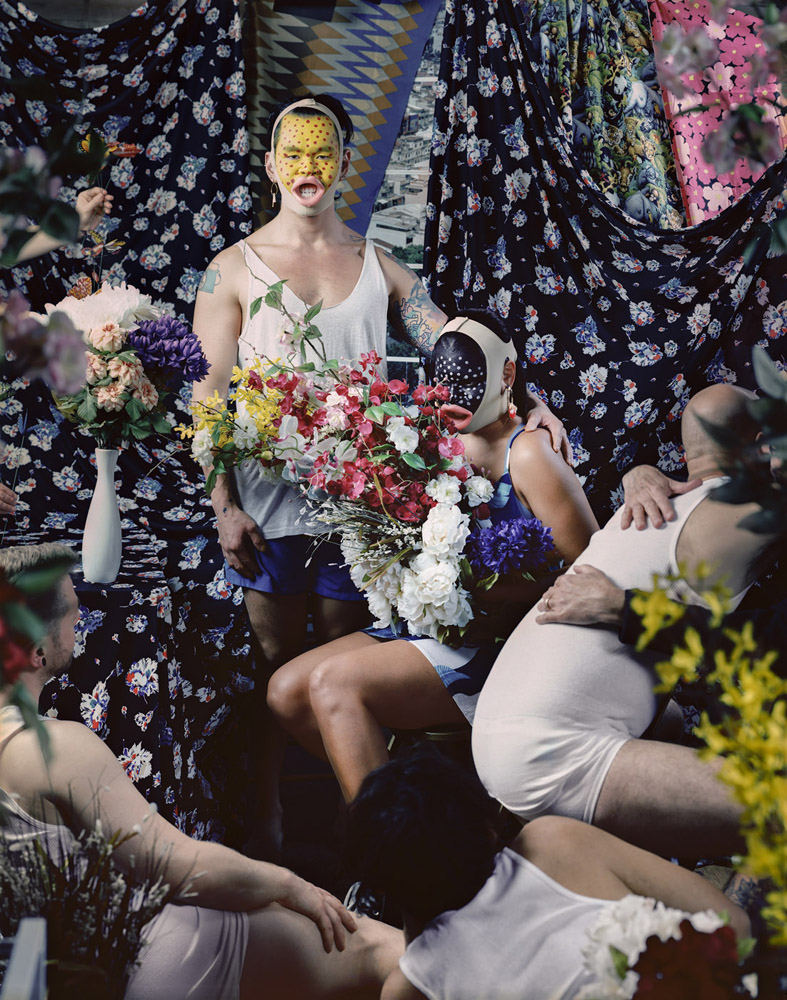 Carrie Levy started her career as a photographer and photo editor. Today she is a Creative Director who concentrates on experiences and storytelling with emerging technology tools. Carrie has worked as a creative lead at Airbnb, Instagram, and Apple. She has worked at various prestigious publications including Wired, GQ, Newsweek, The Wall Street Journal and more. 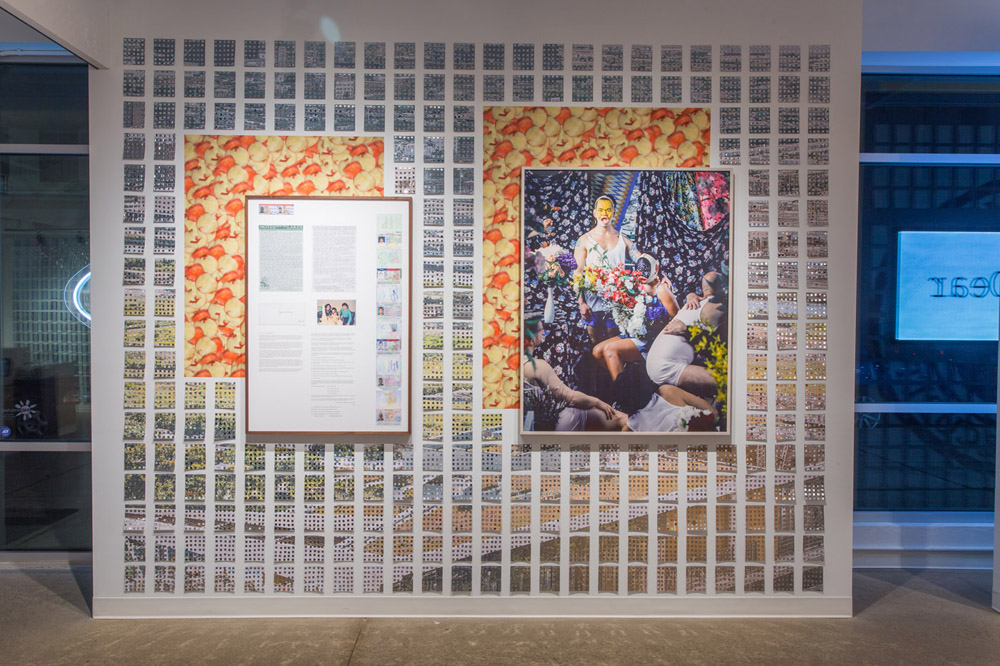 Play, Mess, and imagination all touch within the frames of Leonard Suryajaya. There are exquisite disruptions of patterns and people. fingertips buzzing, the colorful leaves of plastics and fruits, and mouths almost always stuffed with something extraterrestrial. Suryajaya photographs, films, and makes art of something equally unexpected, as it is familiar and ancestral. False Idol explores themes of camaraderie and theatre, fleeing a homeland and putting down roots. A Chinese-Indonesian immigrant, Suryajaya is ready for powers and authorities that want to question the legitimacy of his every last morsel. “I’m going to make this work over the course of my Green Card application. I want to use this body of work as a way to document, reimagine, and expose that process”.

Suryajaya is possessed by navigating respect with pushiness. The rules of government and patriarchy are in place to watch and pry; the works of False Idol fight back with astute dexterity. Why simplify anything? In these works there is bargaining and resilience. The world that lurks inside Suryajaya’s frames seems both informed by an established visual history as much as it seeks to find a new place in the future on a planet not too dissimilar from this one. Or perhaps that place is still Earth, one where limitations have been outsmarted. Where the bizarre, unexpected, and queer can co-mingle and couple.

Suryajaya stands in the middle of streets, collecting, gathering, thinking, and finding all these simple things so they can be exposed for how outlandish they are capable of being. Our world no longer has to be what we’ve come to expect of its we’re better than that, this world deserves better than us if we can’t push ourselves towards the discovery that combining opposites will empower us. Our trauma is real and will make things difficult. We will either be for one another or we will be against one another. Suryajaya offers us this confusion as a tool to see possibility. 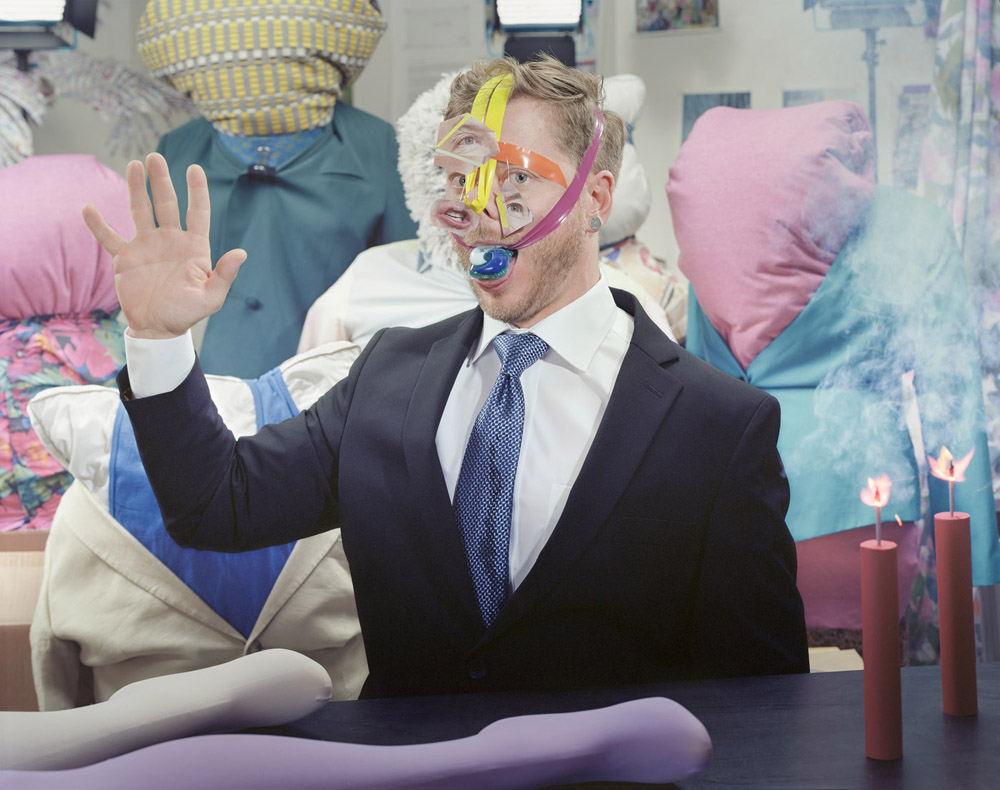 Leonard Suryajaya uses photography to test the boundaries of intimacy, community, and family.  His works show how the everyday is layered with histories, meanings, and potential.  In elaborately staged photographs bursting with competing patterns and colors, Leonard creates absurd but affectionate tableaux featuring his family.  Enlisting his loved ones into his photographic project, he encourages ever more wild combinations and poses as means for them to perform their loyalty.  The results are photographs that are tender and critical, bound up as they are with the struggles of familial authority and self identity.  He has recently extended this in his work with school children and the complex but fragile societies they form among themselves and in relation to cultural forces both popular and traditional, local and global.

Many of Leonard’s investigations are rooted in the particularity of his upbringing as an Indonesian citizen of Chinese descent, as a Buddhist educated in Christian schools in a Muslim-majority country, and as someone who departed from his family and his culture’s definitions of love and family.  Leonard explores these tensions in the everyday interaction, in the chance juxtaposition of culturally-coded objects, and in the disruptions stirred by queer relations.  His works perform the ways in which life is soaked not just with one’s own emotional connections but larger, external histories of exile, religion, citizenship, duty, and belonging.  His photographs work cumulatively to establish narratives, and he combines these images with videos that document family histories, that play out fantasies, that test group dynamics, or that use the format of the interview to turn his sitters’ gaze back upon his role as artist and facilitator.  In all of these, we feel the push and pull of allegiance and autonomy in every odd detail that his works retain as reminders.

©Leonard Suryajaya, Text with My Sister 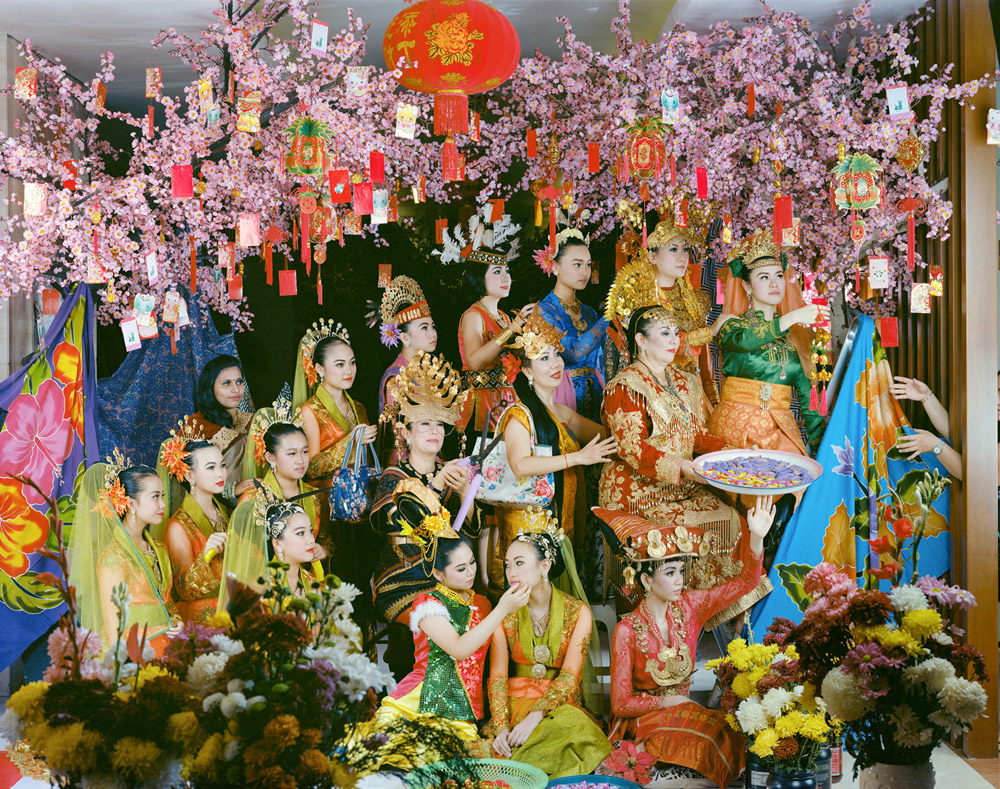 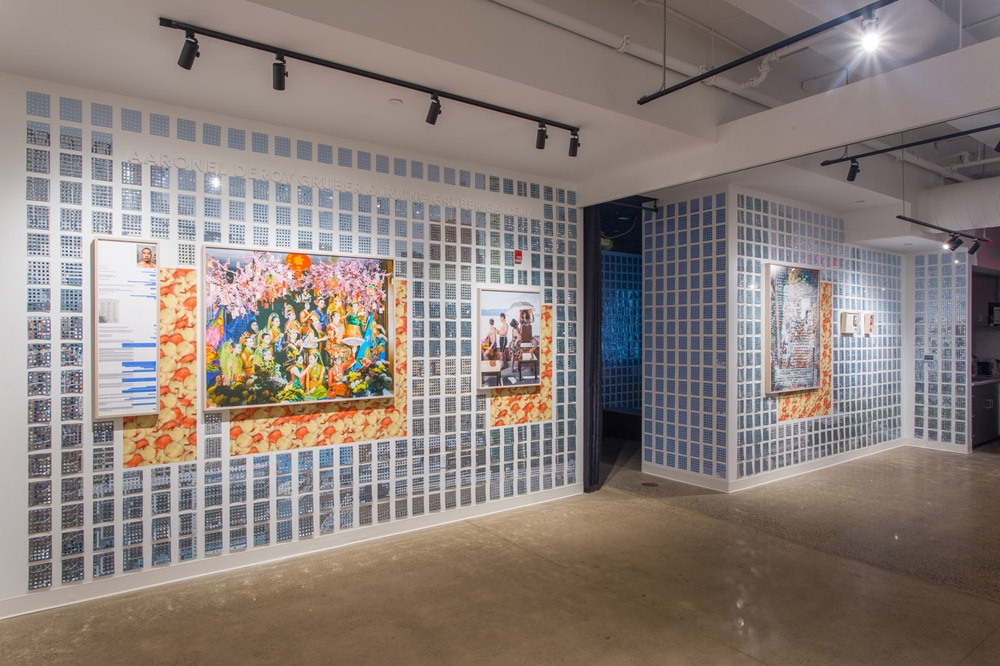 Mom in Chicago from Leonard Suryajaya on Vimeo. 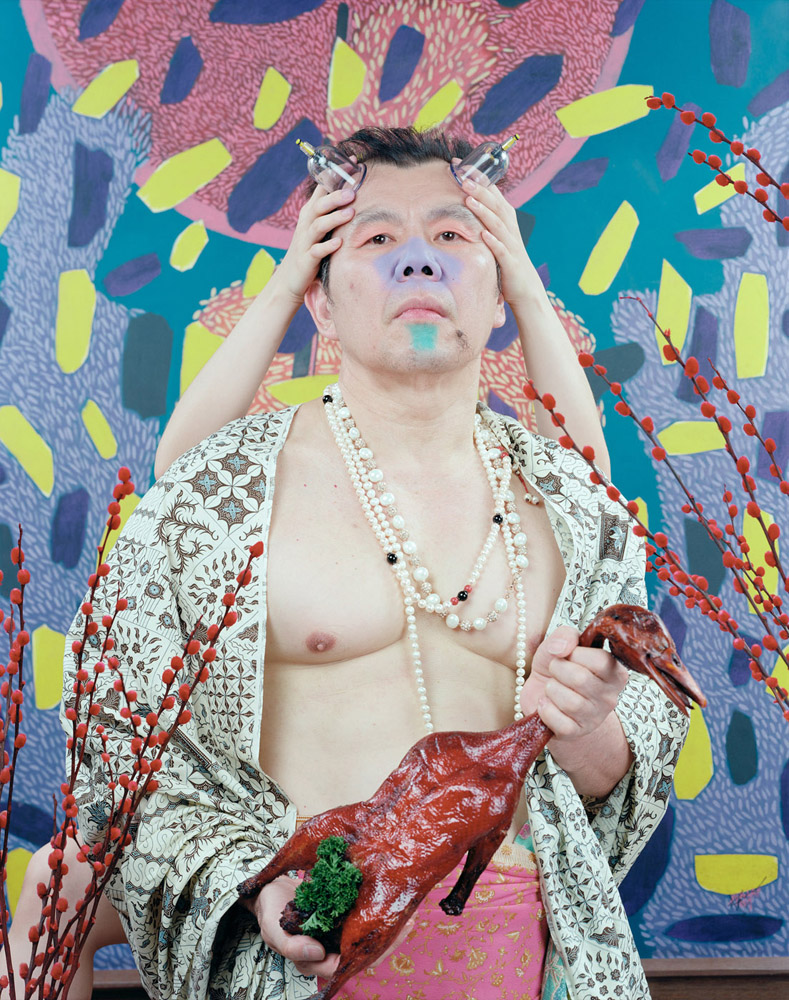 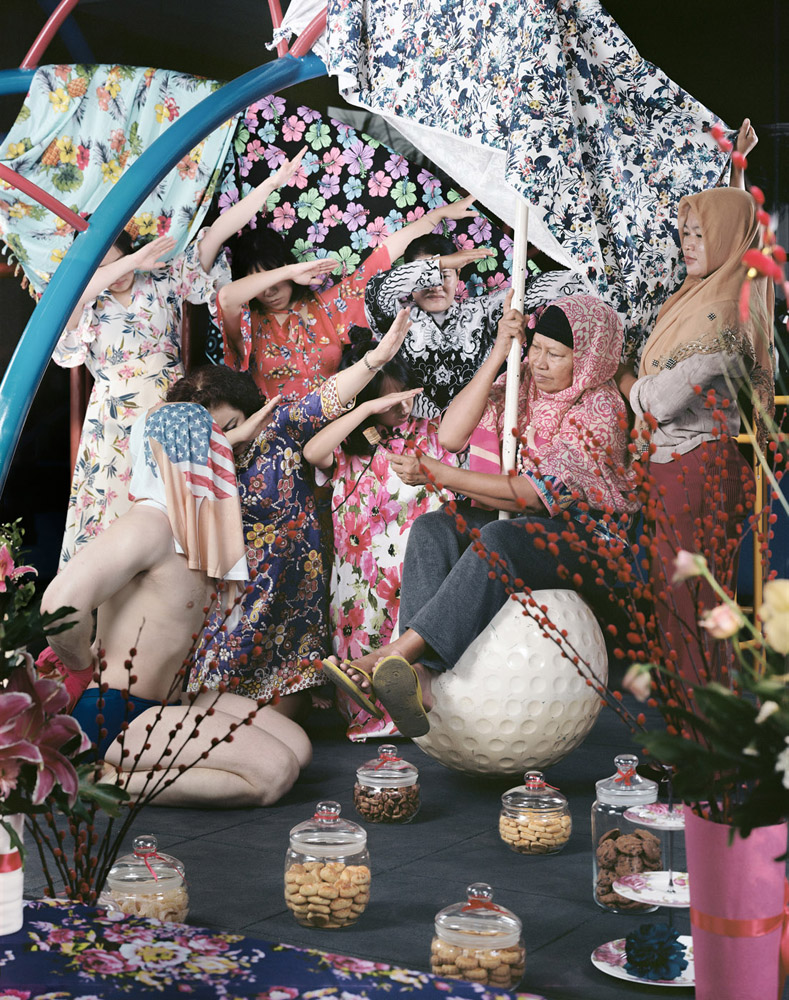 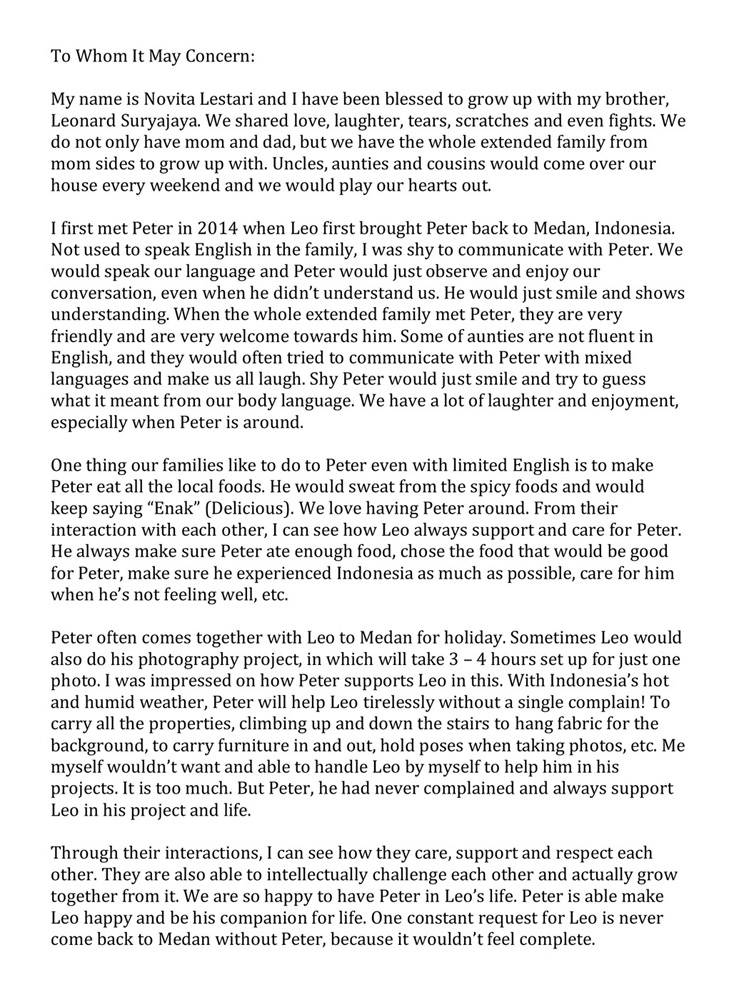 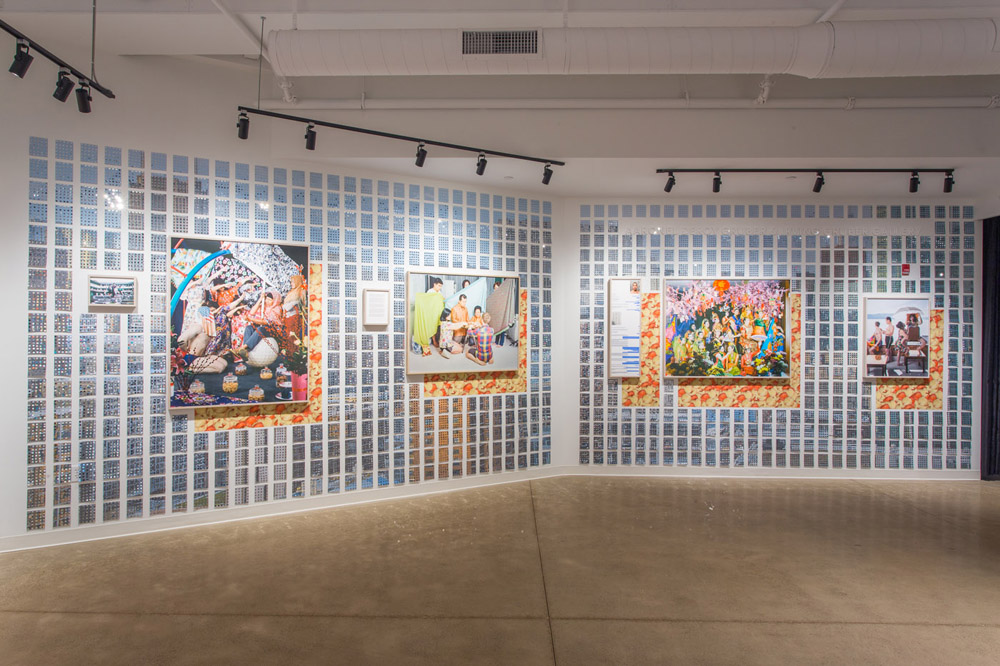 ©Leonard Suryajaya, Affidavit from My Sister 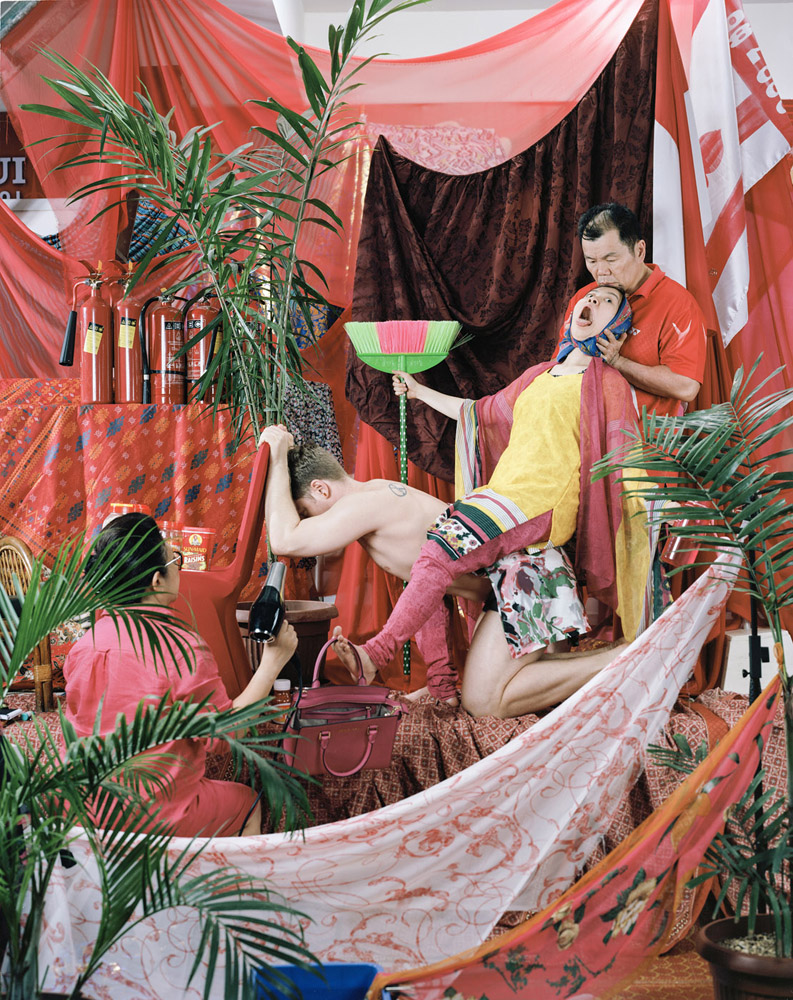 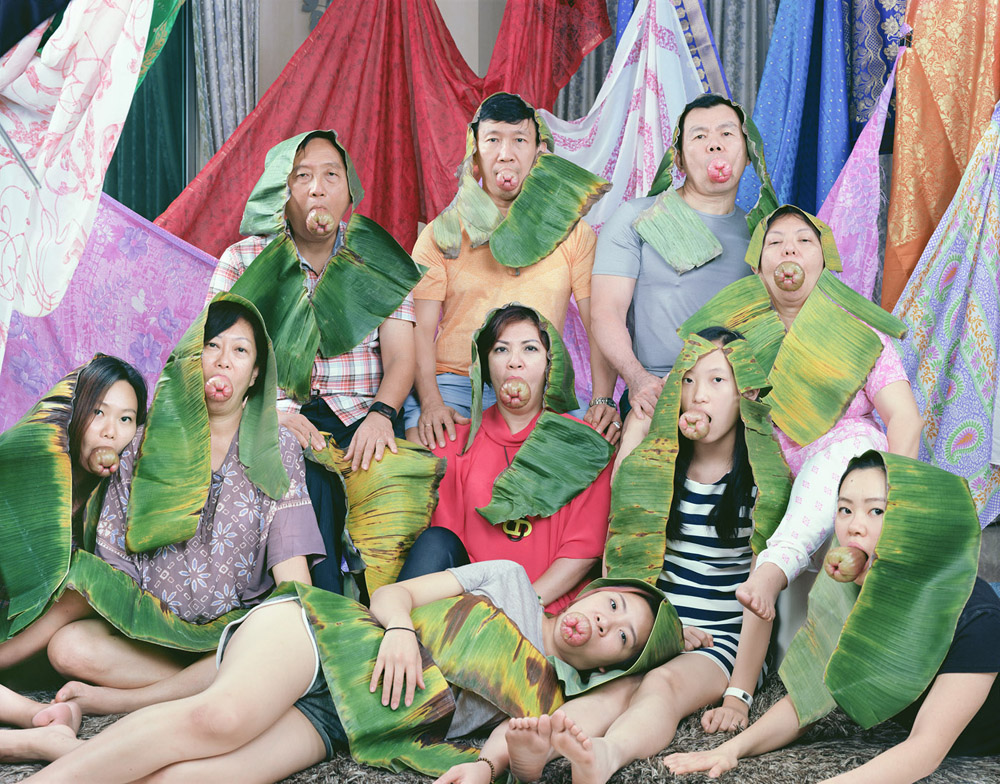 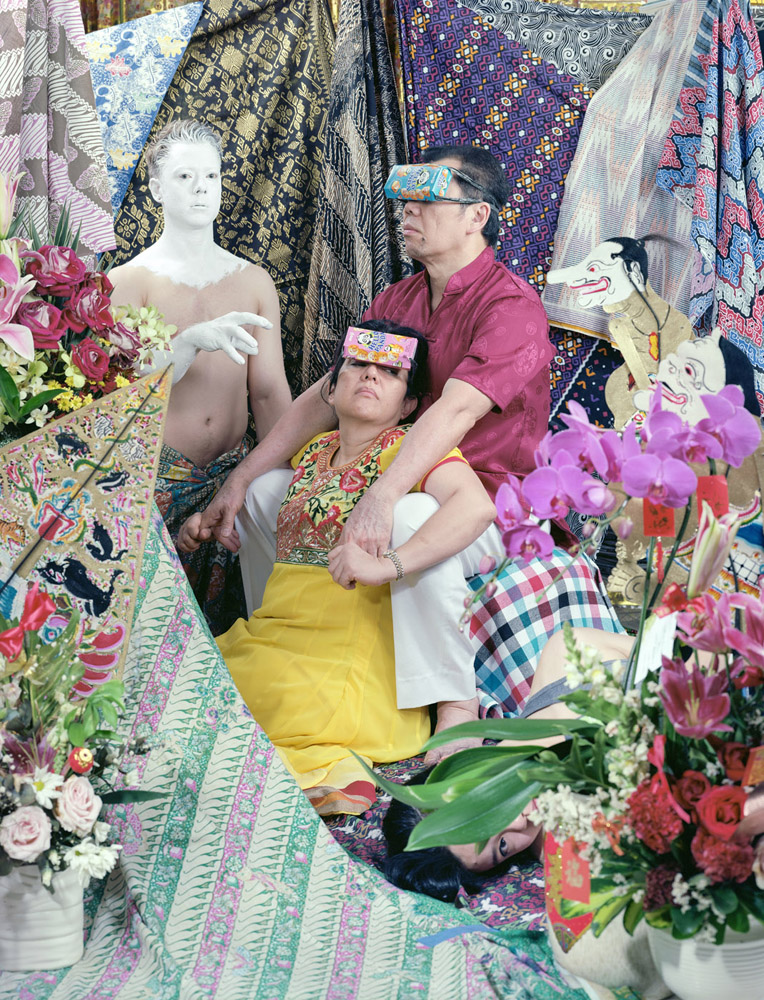