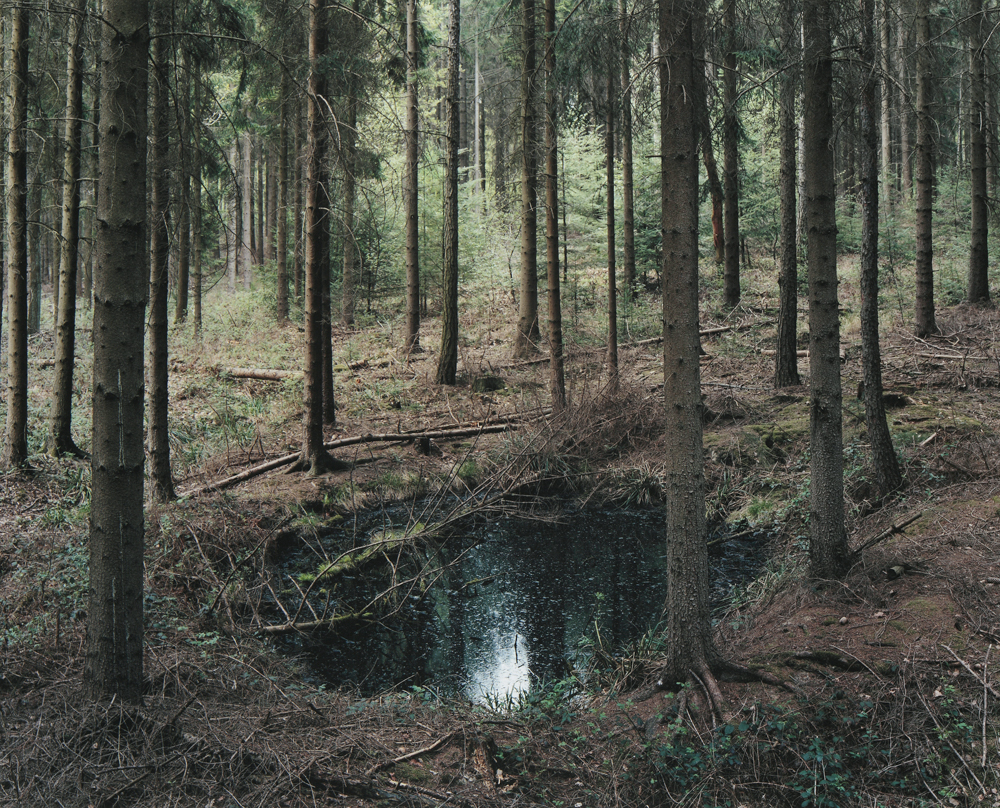 I must admit, I do not know a lot about Henning Rogge, nor do I know much about his work beyond what I can see in the images. But what I see I absolutely love, and so, I reached out to Henning, who is based in Hamburg and asked if I could include his work here, to which he graciously agreed. I first came across this series, titled Bombenkrater (Bomb Craters), some years ago in the New York Times Lens Blog. The images are serene color photographs of wooded areas that each contain a similar round depression in the ground made by bombs in the Second World War. Now, seventy plus years later, these scars from World War II have largely healed, leaving only still ponds for us to reflect on. I have read that Henning used aerial maps to ascertain the locations of these craters, and I would imagine that that research was followed by a good bit of hiking. Europe obviously has a long and potent history that is prime for this type of photographic archeology, my own work included. Too often though, these types of projects are comprised of over-saturated, over-sensationalized, ruin porn. What I love about Rogge’s images is the subtly they posses. Becher-esque in their approach, they have the perfect blend of beauty and horror. Just enough beauty to draw you into the image and hold you there, giving viewers ample time to truly consider the magnitude of what they are seeing. 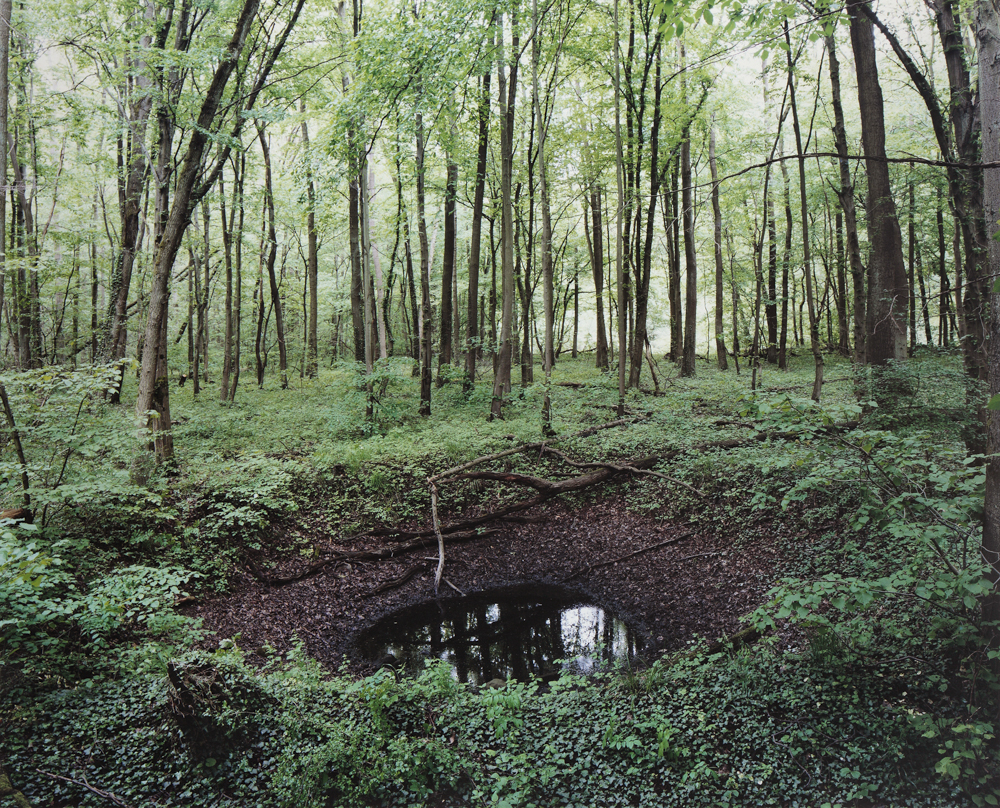 Henning Rogge (b. 1977 in Hamburg, Germany) received his diploma for Visual Arts at the University of Applied Sciences Hamburg in 2005. In his work he concentrates on long-term projects mainly dealing with the human relationship to landscape. His images have been presented in various exhibitions, including “Fire and Forget” at KW Institute for Contemporary Art, Berlin and “Mijn Vlakke Land – On Photography and Landscape” at FoMu, Antwerp. He is represented by Galerie Jo van de Loo in Munich, Germany. 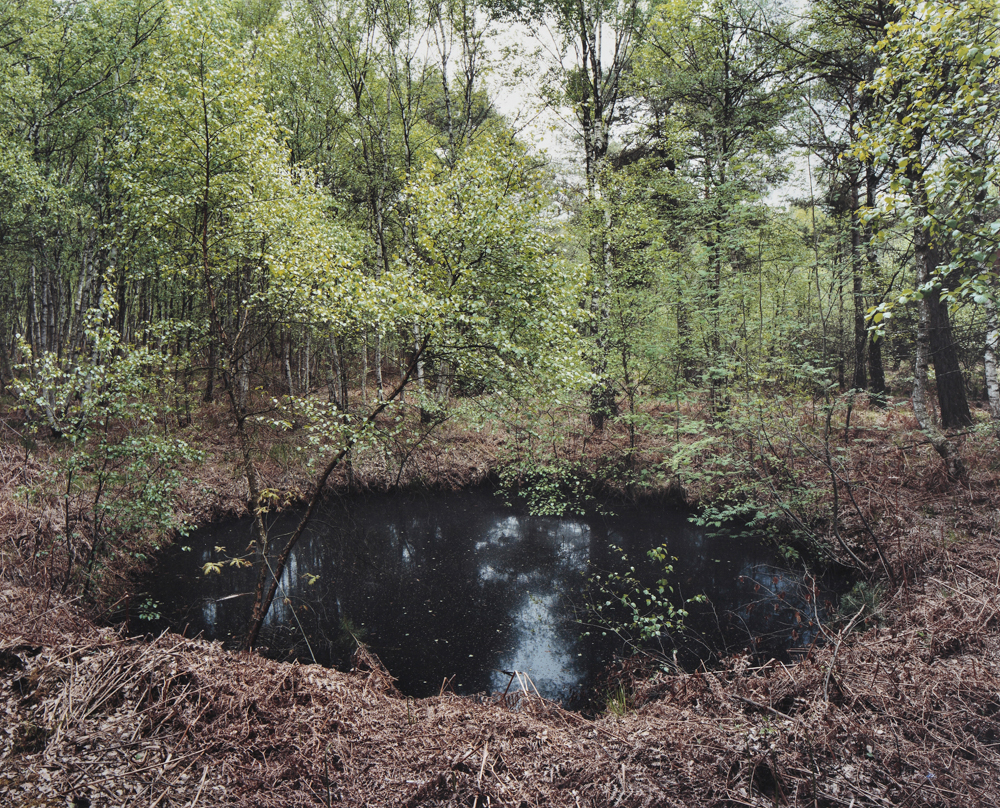 The photographic research of Henning Rogge demonstrates that even 70 years after the Second World War, the traumas are not completely eliminated. With camera equipment, conductors and Navigational Equipment, he roams the German province, wanders through forests, goes over fields and meadows. With the help of aerial photographs, he identifies the places where bombs and grenades have driven funnels into the earth. In part hidden close to paths that cross the woods or on the fields that a depressed horizon keeps down, the holes have turned into silence and realities of solitude. The photograph itself is a soundless, motionless medium, it stresses the aura of times forgotten; recording, the past gives the inconspicuous place a differrent dignity. Henning Rogge’s approach is guided by a formal, artistic rigor. Most frequently from a slightly elevated position, the objective is approaching the crater, producing images of closeness and simultaneously preserving a distance. The viewer hovers over the imaginary place of the photographer and cannot move forward nor backwards. […] Henning Rogge considers his photos as landscapes. Indeed, one could consider his images within the tradition of an idealising iconography, a genre where one wants to withdraw from the society of men. The biotopes which have formed partly in the water-filled small holes could be considered as modern utopias of a better world, but ultimately point to the loss in a world where nature is at the disposition of mankind. The Eidyllion – meaning “little picture” in ancient Greek – is, in its illusory beauty, also a bearer of unrest.  […] The hole of the crater represents also a hole in the reality of world history: The past is seen only as a residual effect that can hardly be met by imagination. Very often, the smooth water surfaces resemble holes of which the impenetrable and black surface reflects not only the present but can also be compared to blind eyes that have seen the horror. It is not the intention of the photographer to translate this abyss into pathos but the real bomb crater should  matter as much to the viewer than the visual impact of the photo.

There is a rift driven between the image and the narrative, the visible and the story behind, between the past and the present, between utopia and a pessimistic anthropology that can receive its confirmation through the wars of the 20th century. – Prof. Dr. Gunnar Schmidt 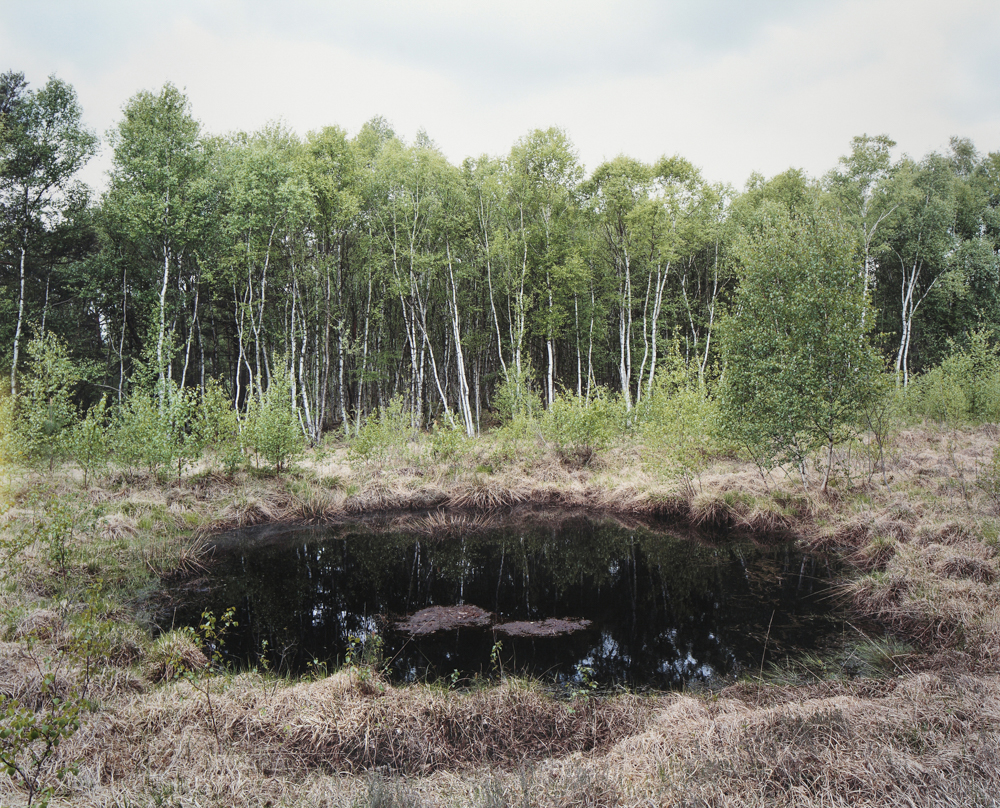 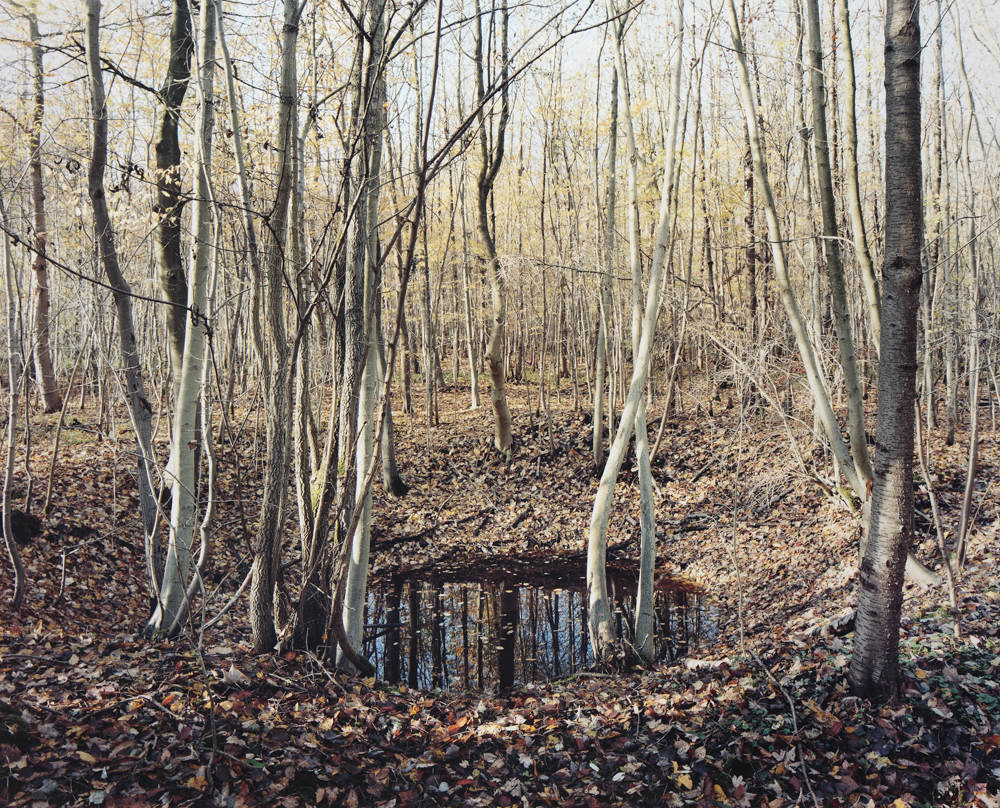 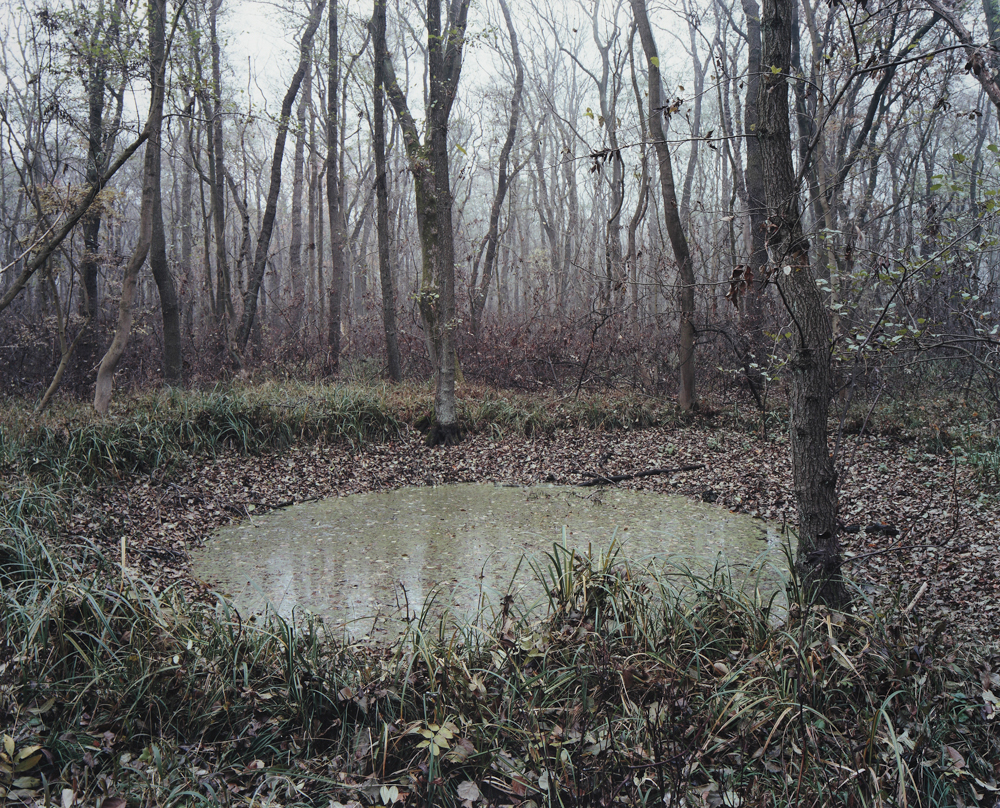 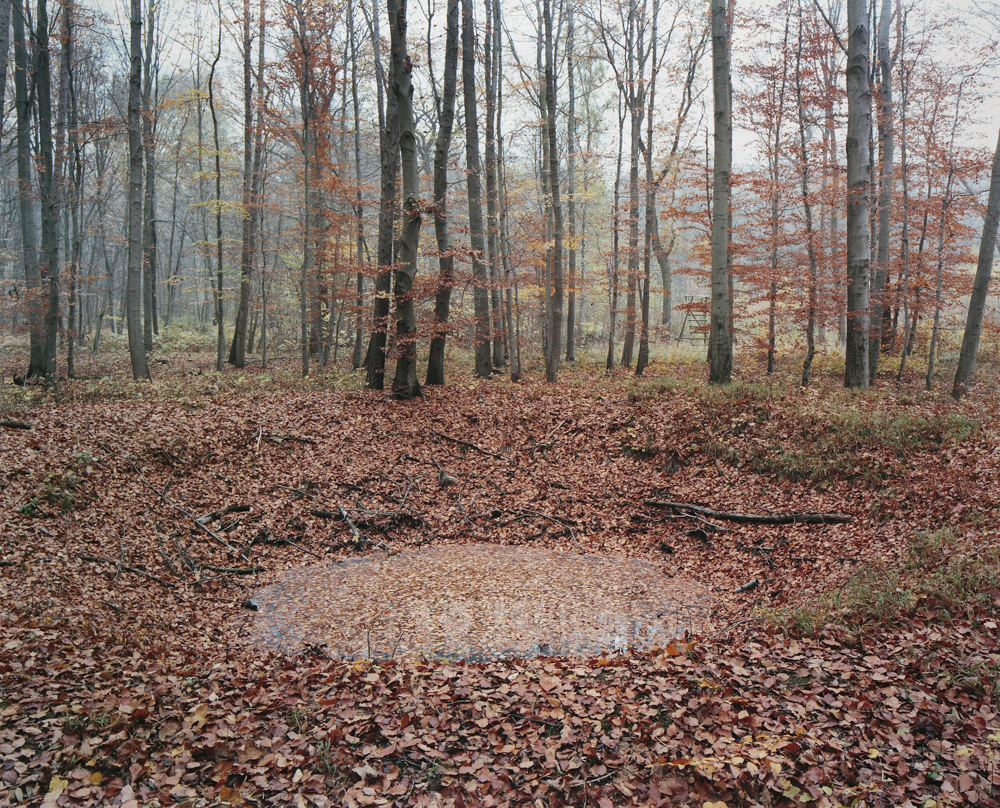 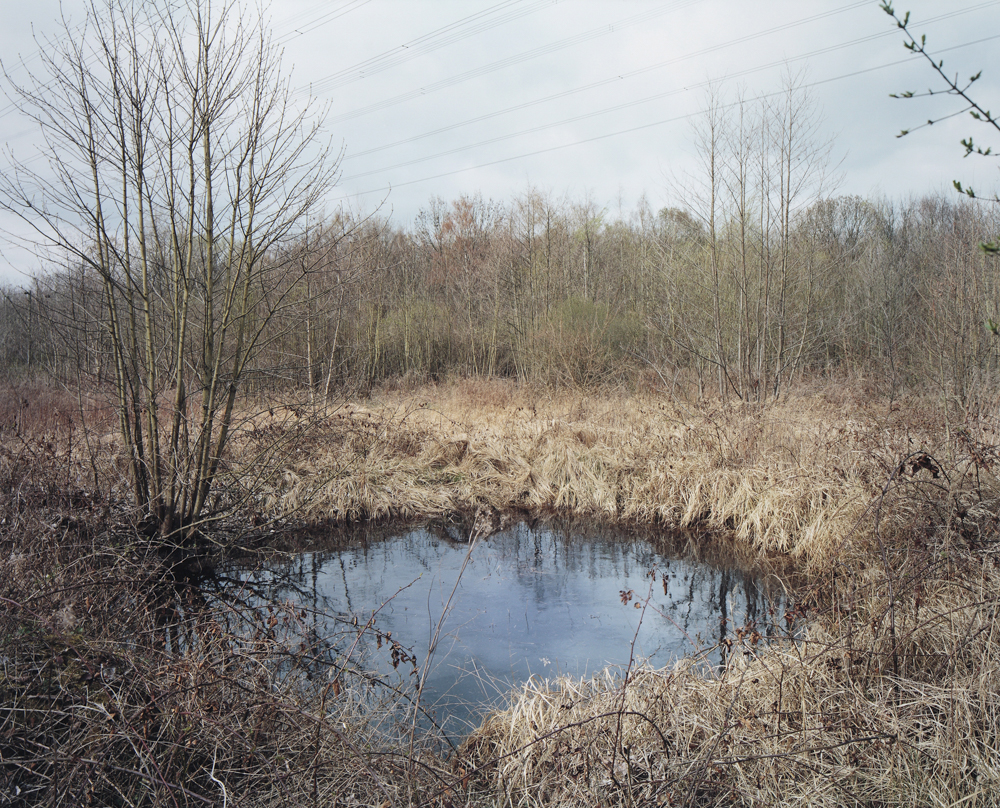 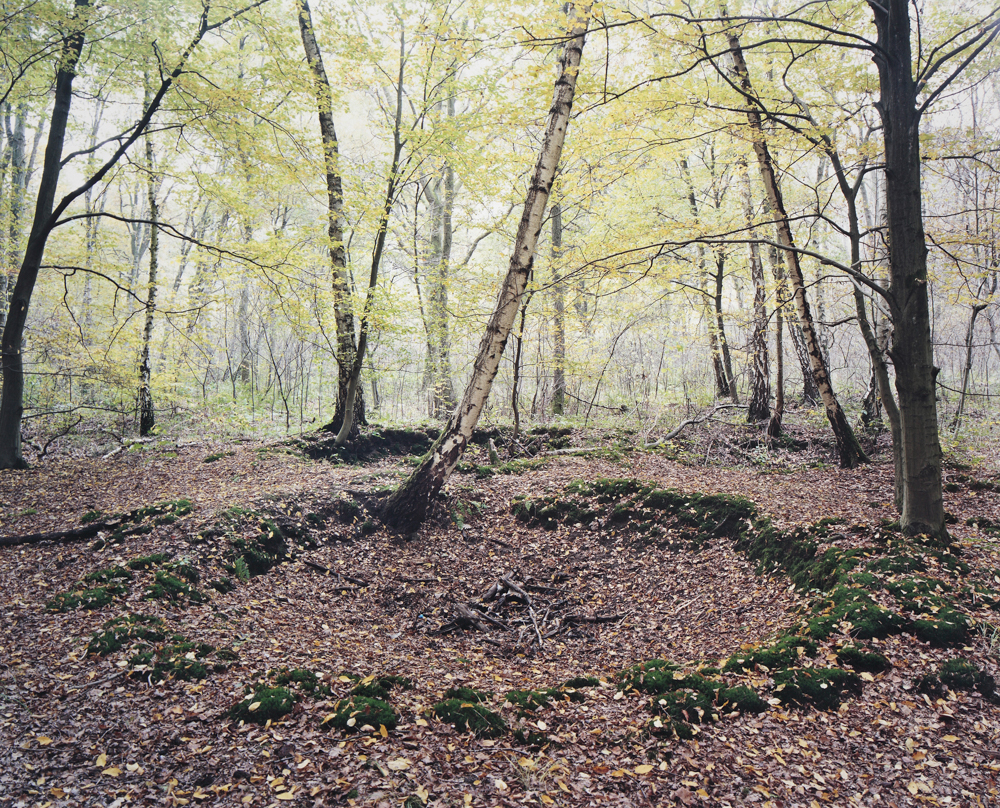 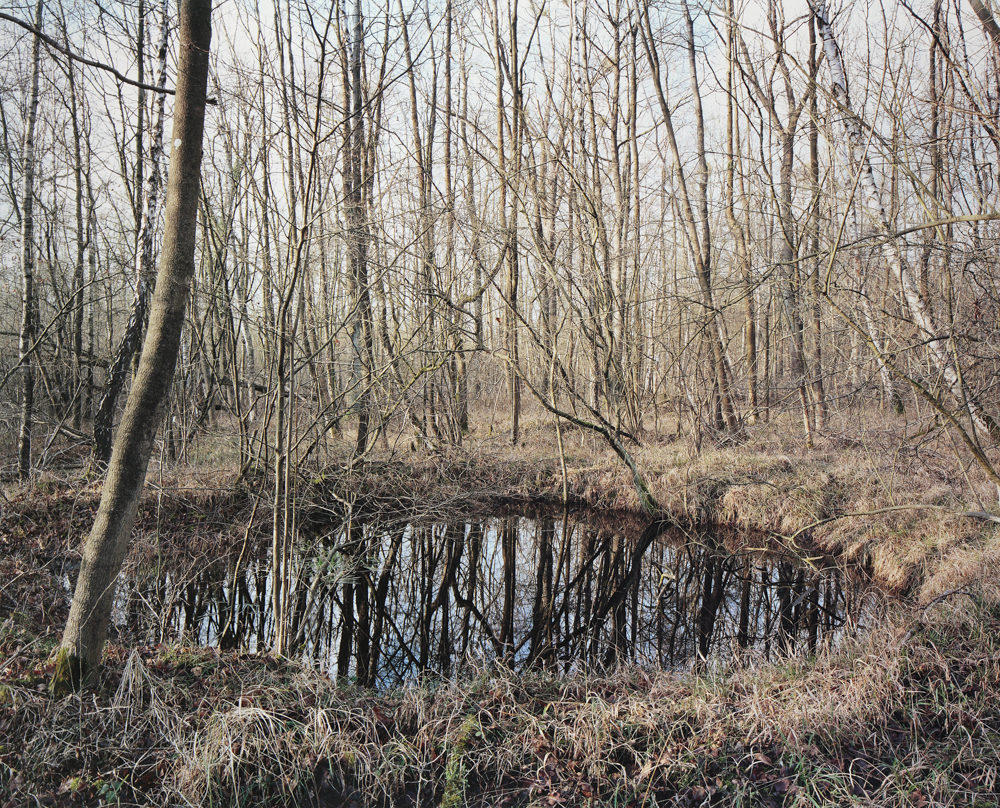