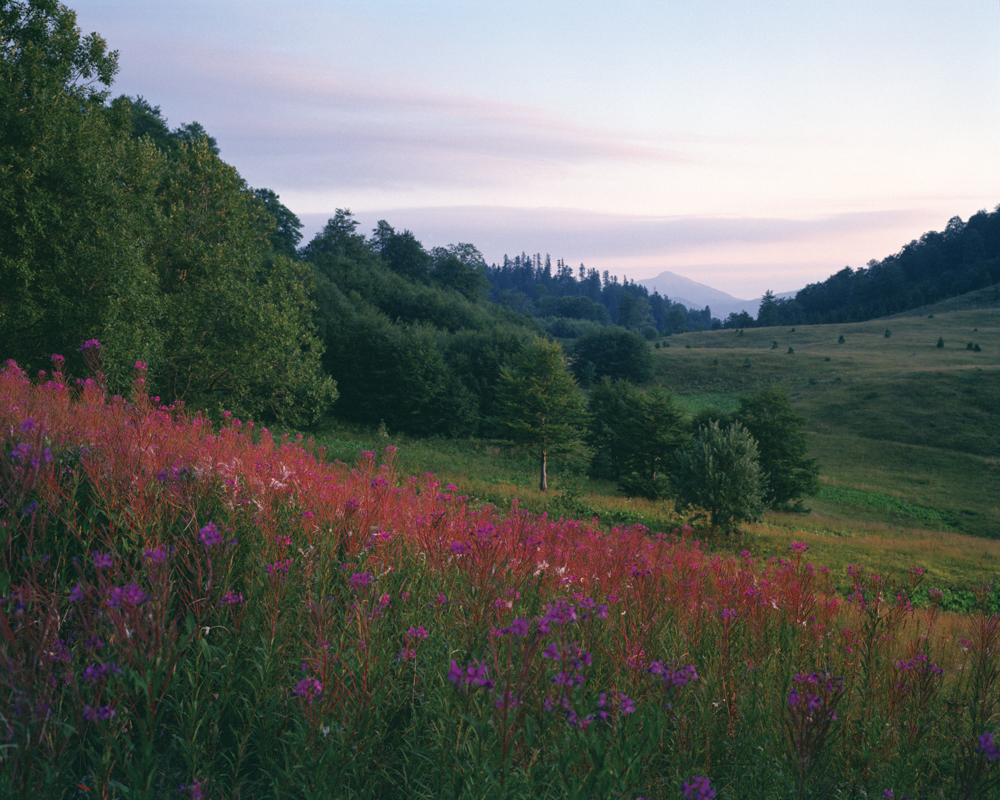 The scenic forests, mountainsides, and meadows of Croatia, Kosovo, and Bosnia-Herzegovina possess a beauty that belies their danger. When the Balkan wars of the 1990s ended, families returned to their homesteads. As people herded animals, strolled the countryside, and harvested mushrooms and wild strawberries again, their footsteps triggered unexploded munitions buried underground. Landmines littered the landscape. Since then, particularly dangerous zones have been evacuated. Districts such as the off-limits forests ring in Sarajevo are sanctioned off, for example. However, millions of people still reside in moderately impacted areas of the region, resulting in ongoing loss of limb and life.

Brett Van Ort’s Minescape examines land-human relationships, juxtaposing the social and geographical legacies of war in Bosnia. The series suggests the most pristine landscapes are those inaccessible to humans. Free from manipulation, nature reclaims its territory and returns to idyllic preindustrial states.

Incidences of war and armed conflict have risen since the second half of the 20th century, with most occurring within nations. The most reliable indicators for war and conflict are poverty, competition for resources, inequitable distribution of wealth, and failure of governments to provide services. While internal wars are frequently attributed to ethnic and religious tensions, these differences are often merely guidelines by which people associate in fights for resources. Reducing the likelihood of war means reducing inequality and extreme poverty and curbing the illicit trade of vital resources.

Brett Van Ort was born in Washington D.C. and raised and schooled in Texas. He moved to Los Angeles, California after obtaining an undergraduate degree in film. He worked as a camera assistant and camera operator for several years on various films, documentaries, commercials and television shows. Brett soon found still photography as a more personal, creative outlet that allowed him to pursue and tell stories that he felt passionate about.

Spending his summers on the farm where his mother grew up instilled a great respect for nature in him from a young age. He has always been interested in land, the outdoors and how we as humans use the environment to both our benefit and detriment. Many of his personal projects focus on landscape and our interaction with the environment.

Whether spending time on his family’s farm or photographing, one thing remains constant – a great respect and interest in nature. Brett currently lives in Los Angeles. 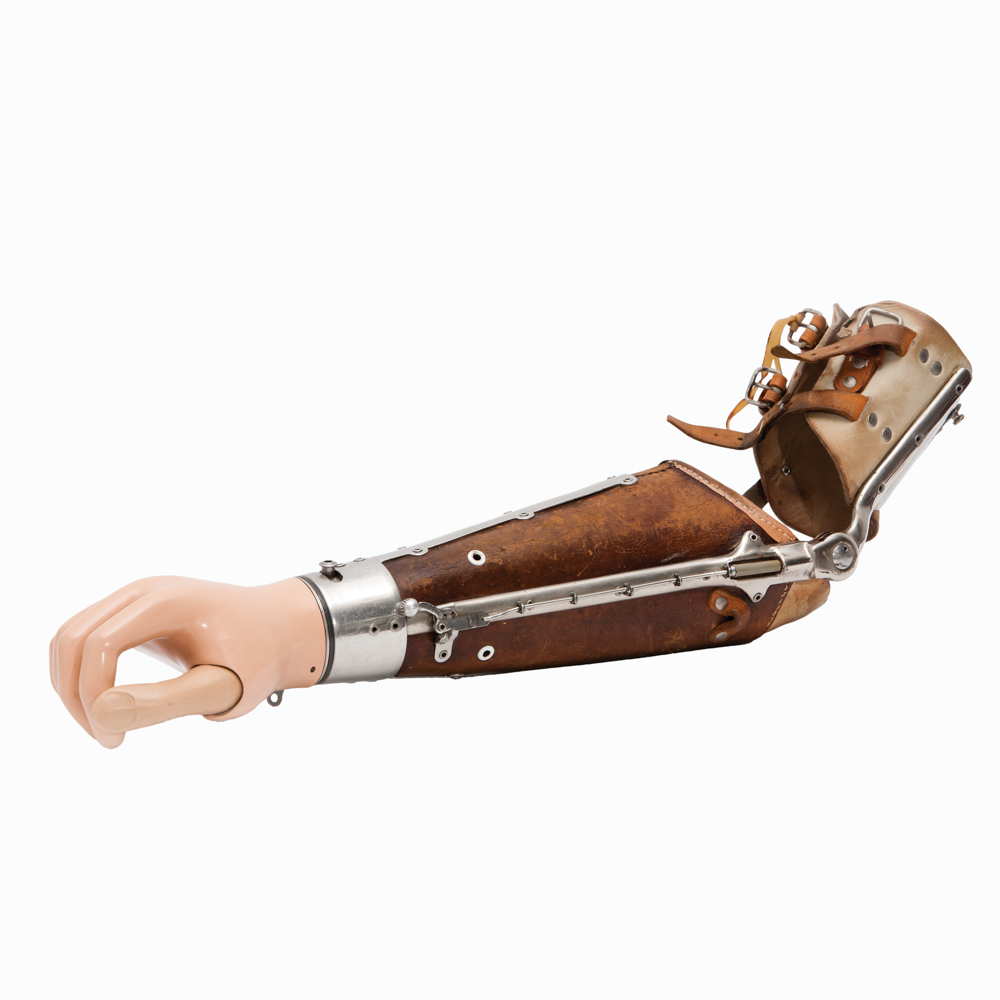 Leftover munitions and landmines from the wars in the early 1990s still litter the countryside in Bosnia and Herzegovina. I traveled there in late 2009 to photograph areas that were once the front lines of the Bosnian War. Nature temporarily reclaims that which was hers in the aftermath of a conflict. Underneath hide the landmines – random, brutal killing machines.

As an avid hiker and backpacker, raised in an American city, I have always found nature to be easily packaged, conquerable, and pleasurable to roam through and explore. The inherent fear of wilderness in all of us has subsided as we have constructed our urban environment over the past few centuries. I chose to photograph the former front lines of the Bosnian War as a way of challenging this lack of fear. When we are forced to recognize the power of nature, in the form of a natural disaster or, in this case, a man-made disaster; we feel the trepidation
our ancestors dealt with on a daily basis. 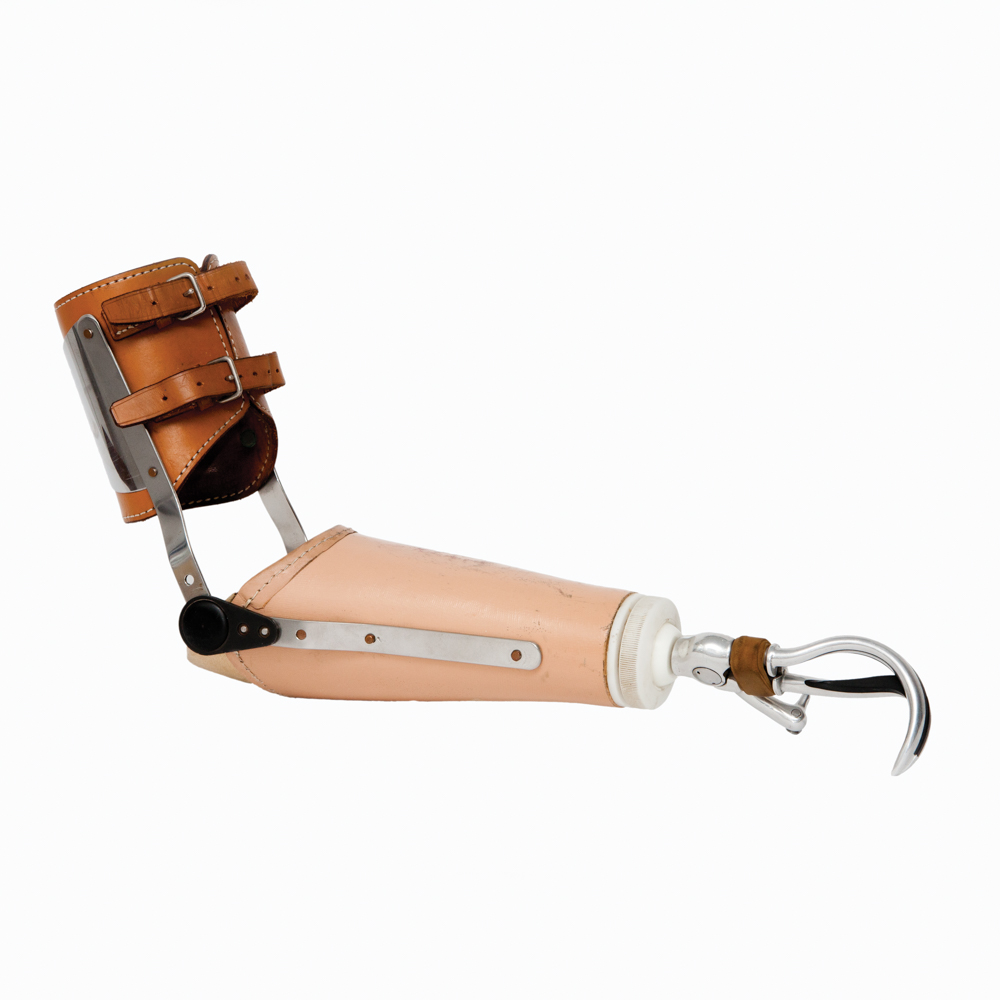 ©Brett Van Ortt, Arm with Hook— Manufacturer of Arm: Many Manufacturer of Hand/Hook: Steeper (England) Life Span: 10 years Approximate cost: $4500 with all accessories shown. Notes: Hook is controlled by a cable attached to opposite side shoulder by a wire providing user ability to close thumb when shoulders are brought forward.

While working in the fields in Bosnia, I was told by workers from NGO Landmine Survivors Initiative not to wander into rural areas without a guide. Numerous people told me the safest place to be was on a road or on the tarmac. Fourteen years after the conflict ended, caution had to be taken with every step. As a vast majority of the mining was undocumented or known only to foot soldiers who fought in the areas, many innocent civilians continue to lose their lives. According to the Mine Action Centre for Bosnia and Herzegovina (BHMAC) just over 3.5% of the country was still contaminated by landmines in 2009. However, many of the de-miners in the field estimate roughly 10% of the country can still be deemed a landmine area. They feel that nowhere in the countryside is safe as they may clear one area but a torrential downpour may unearth and move landmines. These unearthed landmines find their way into vicinities that were deemed safe weeks, months, or even years ago. BHMAC also continues to find areas at one time considered safe that now require additional de-mining activity.

The landscapes presented in this project depict the mesmerizing beauty of a seemingly untouched landscape as well as the terrifying unknown, the danger that lies beneath the surface. This work displays the regenerative power of nature and the devastating effect that landmines inflict on a populace. Human beings have an almost insatiable appetite to expand, explore, conquer, and transform nature into civilization. Ironically, in this instance, it is a man-made killing machine that keeps the setting in its natural state. 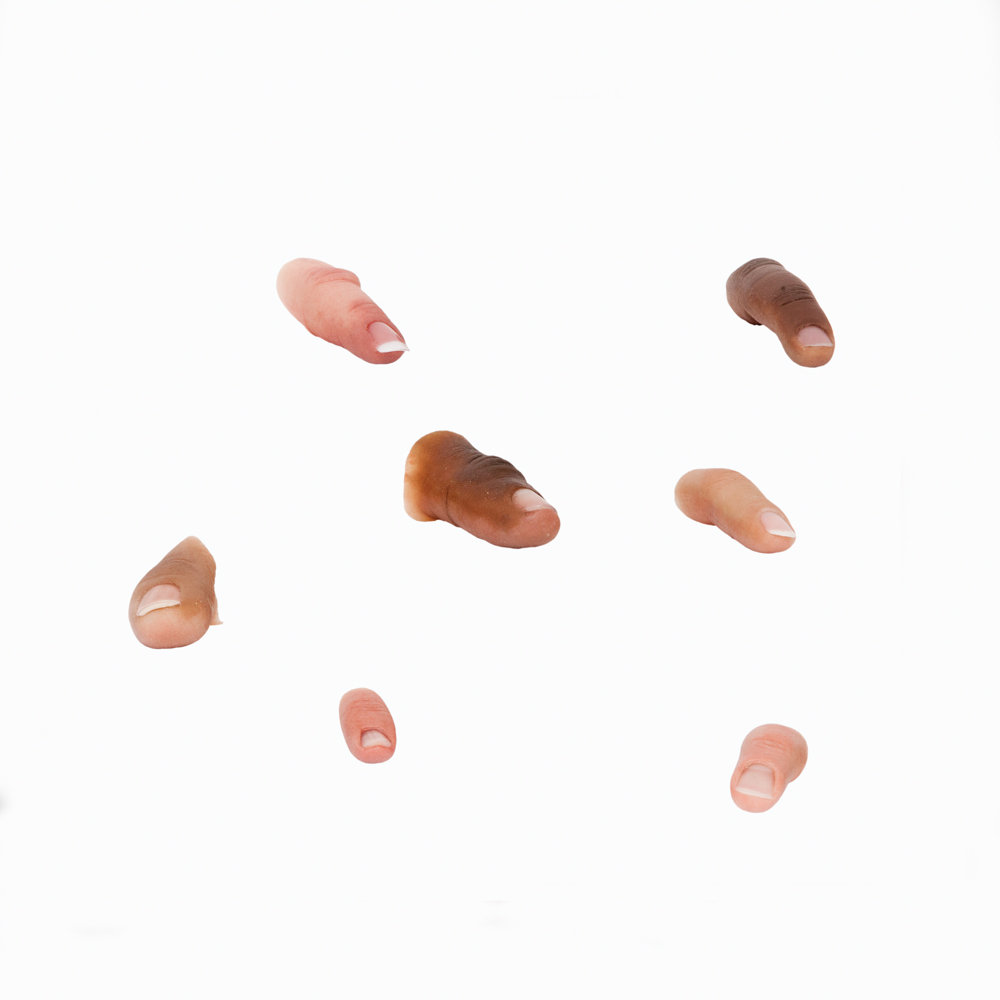 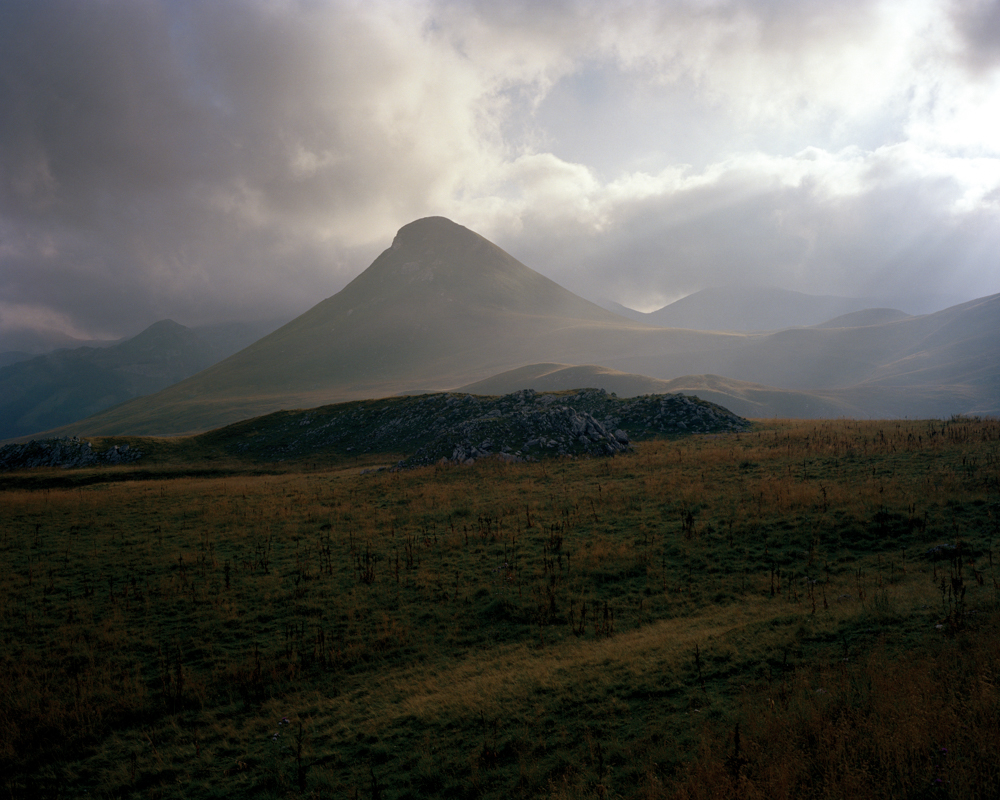 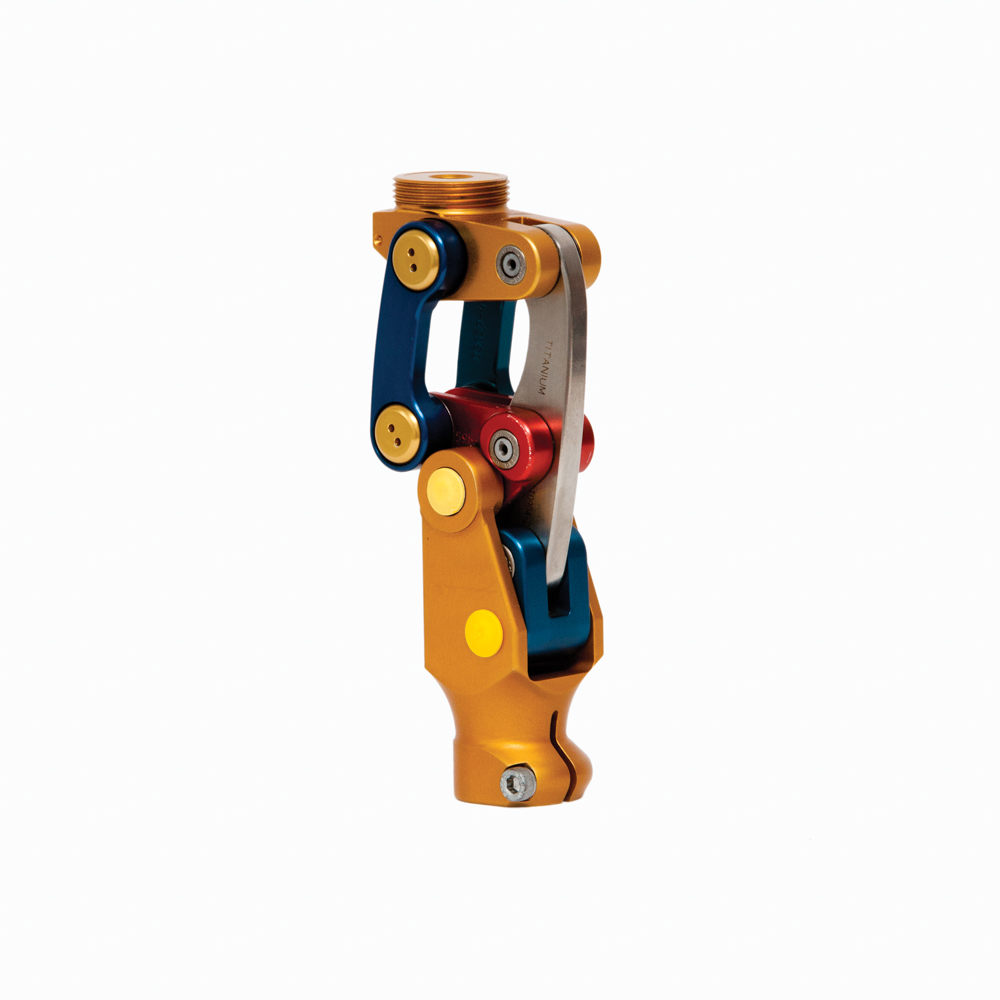 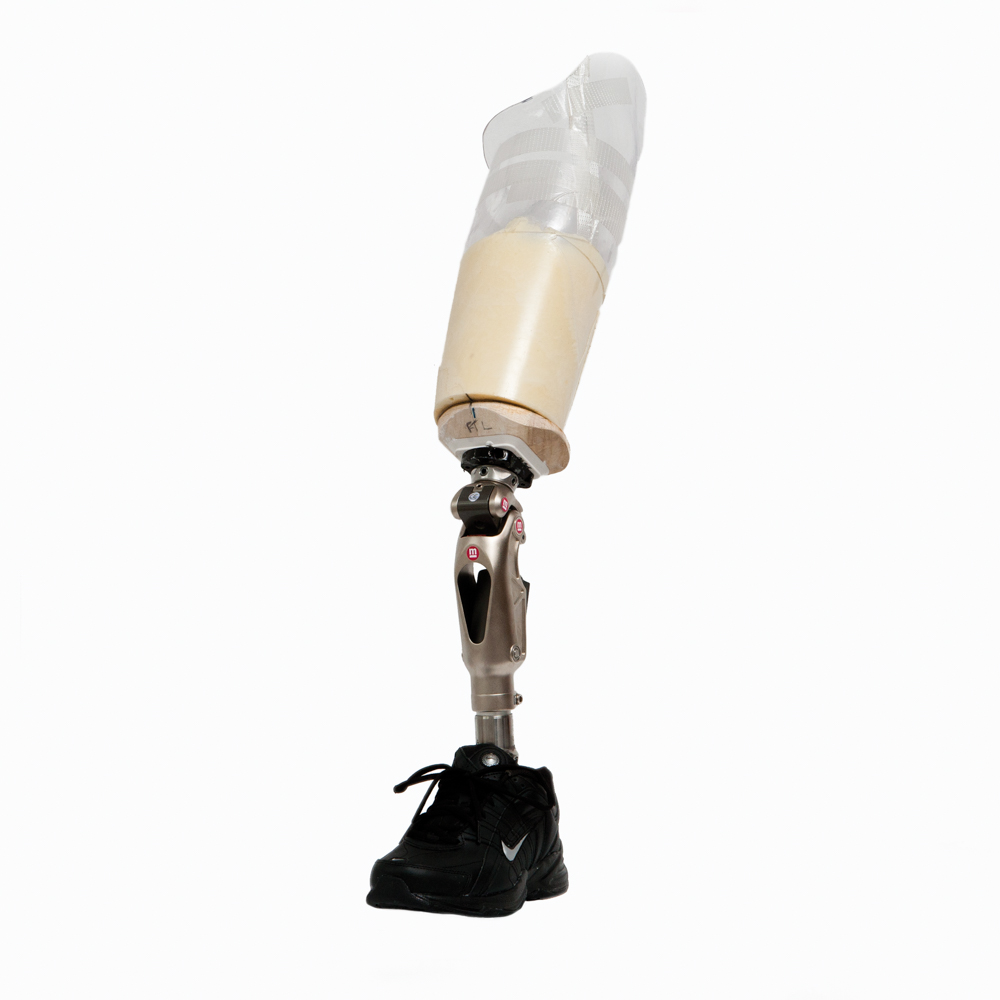 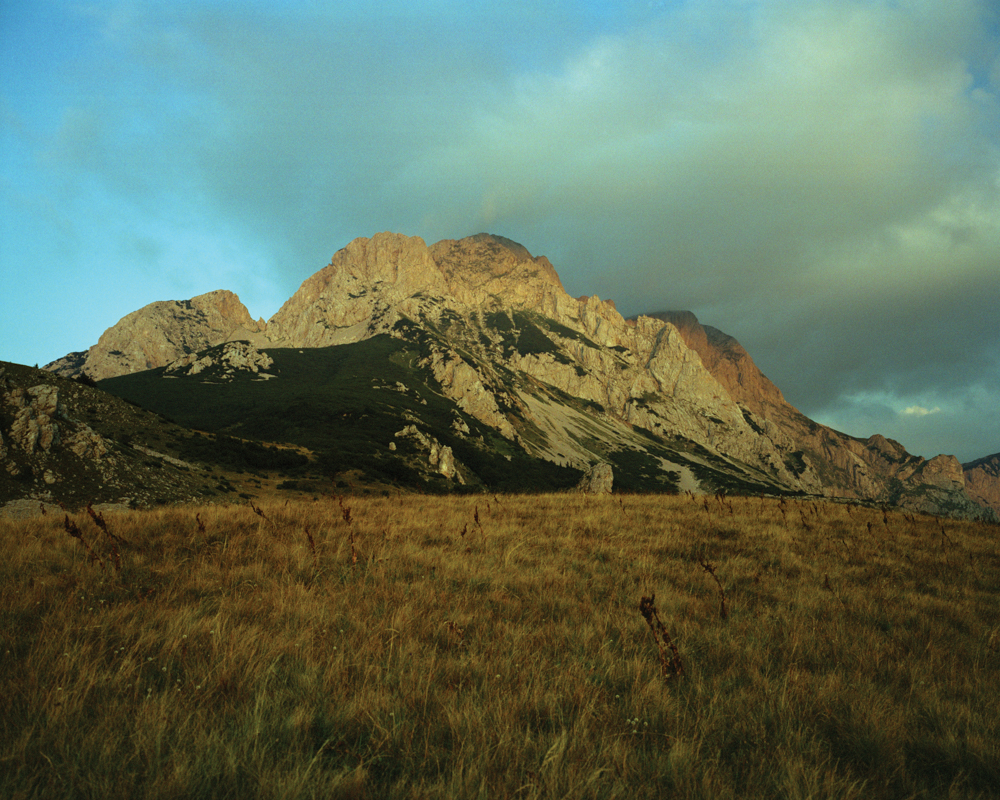 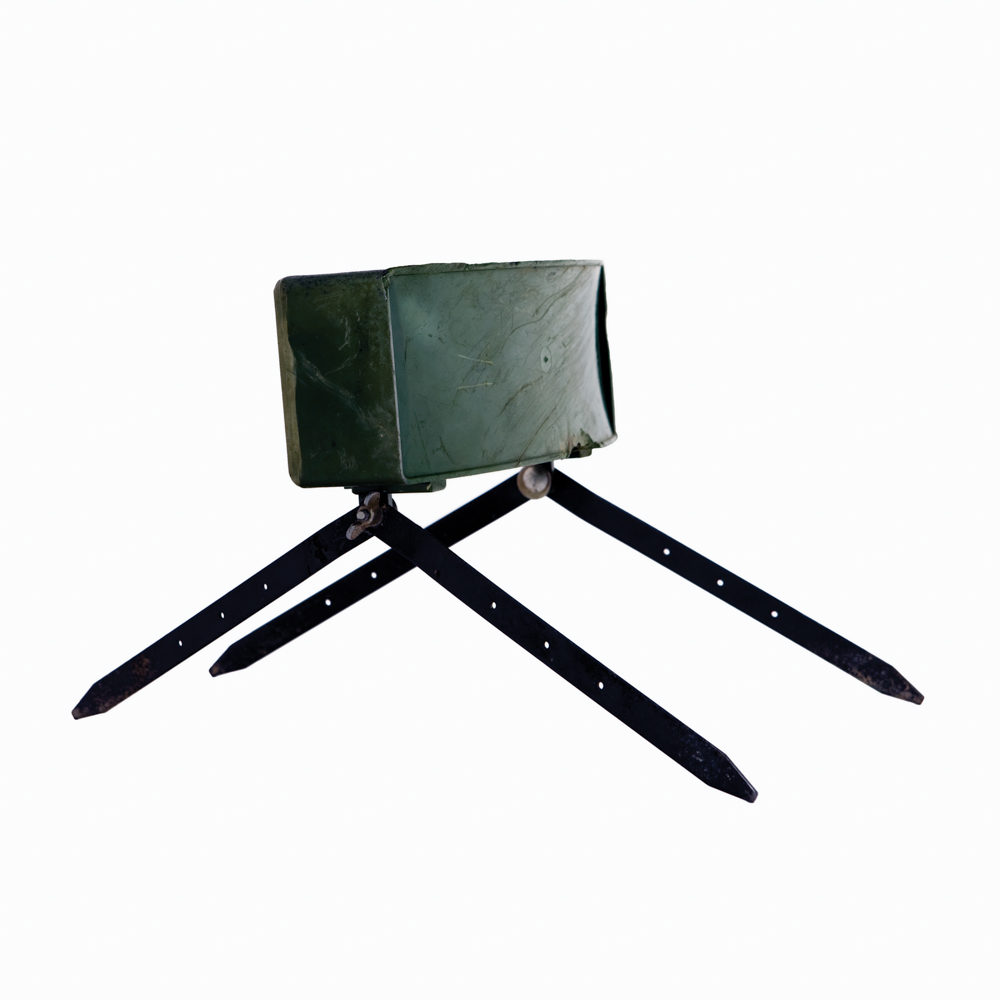 ©Brett Van Ort, MRUD Manufacturer: Former Yugoslavia. Surface-laid, directional-fragmentation anti-personnel mine. Explosive charge: 900 grams plastic pentrite. Kill radius: 50 meters. Blast radius: 300 meters. Notes: A single layer of 650 steel balls, each 5.5 mm in diameter, is encased in a plastic liner set across the inside of the front face of the mine. On initiation the steel balls create a lethal arc of 60ª for 50 meters in the front of the mine. 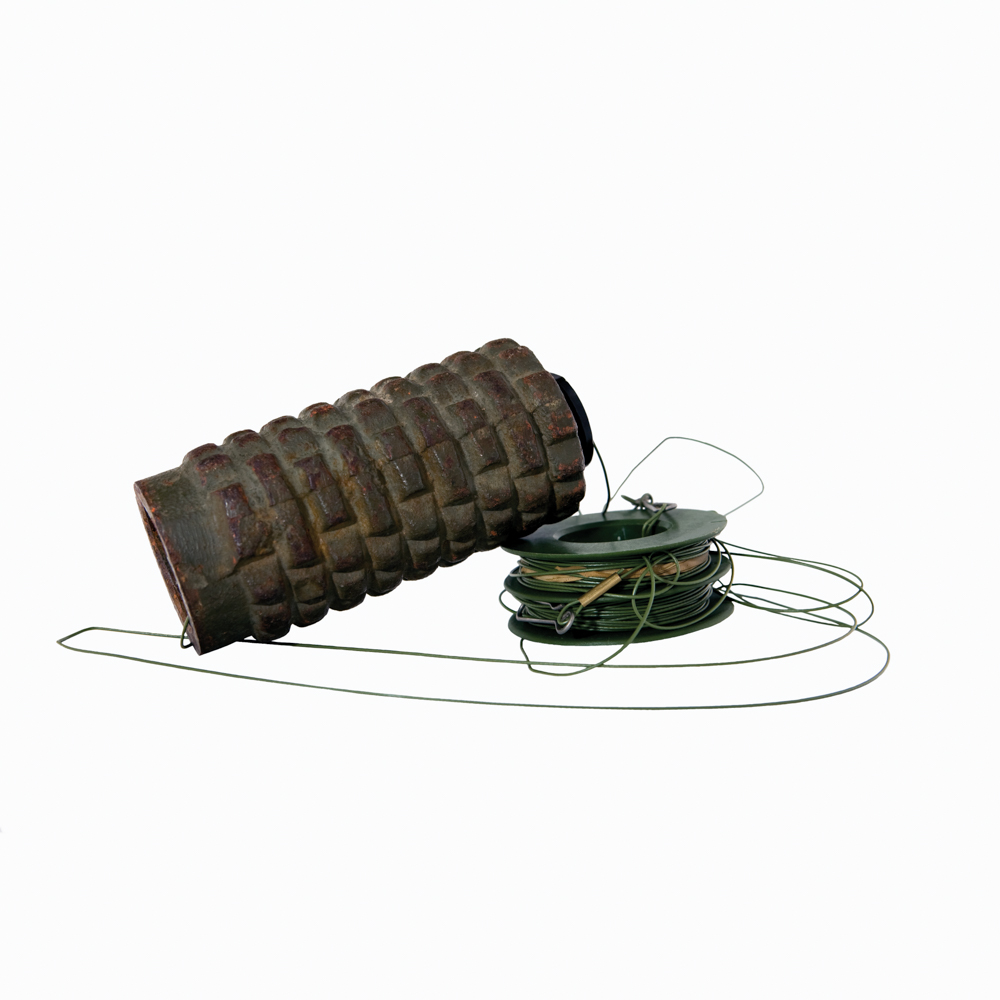 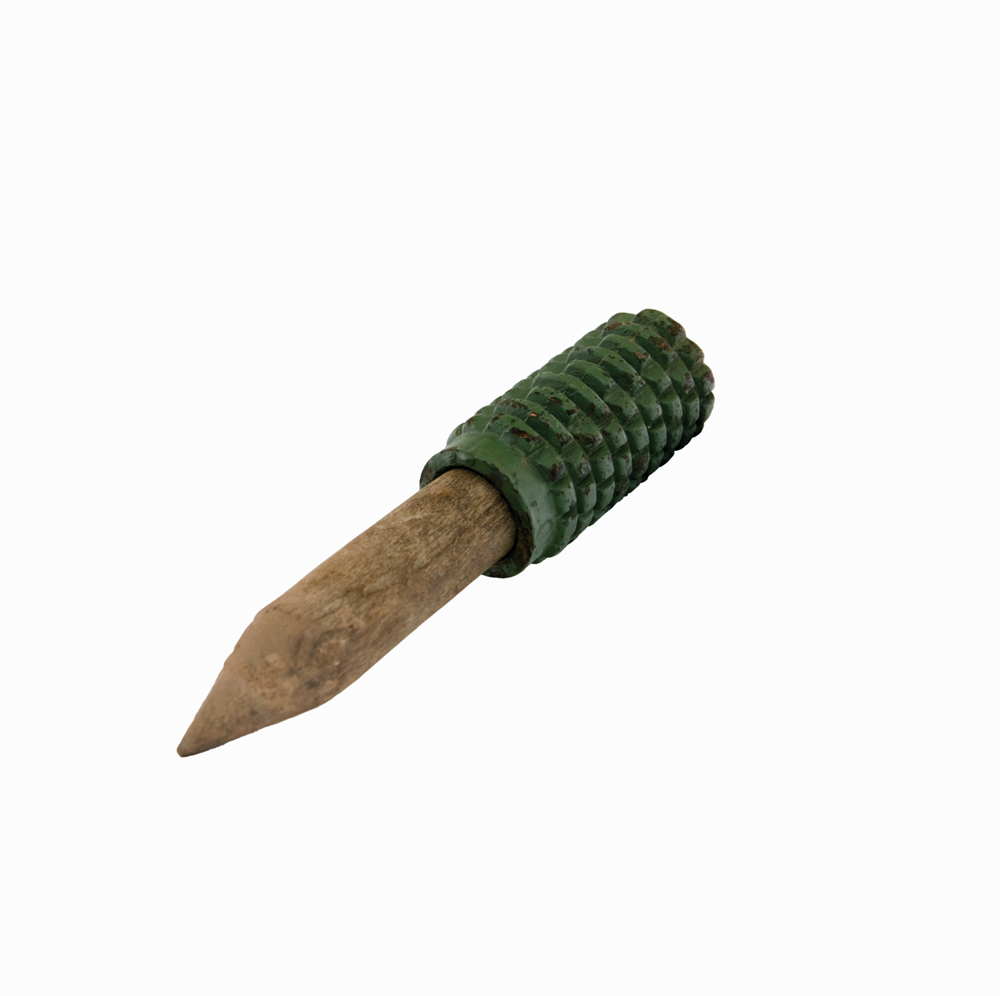 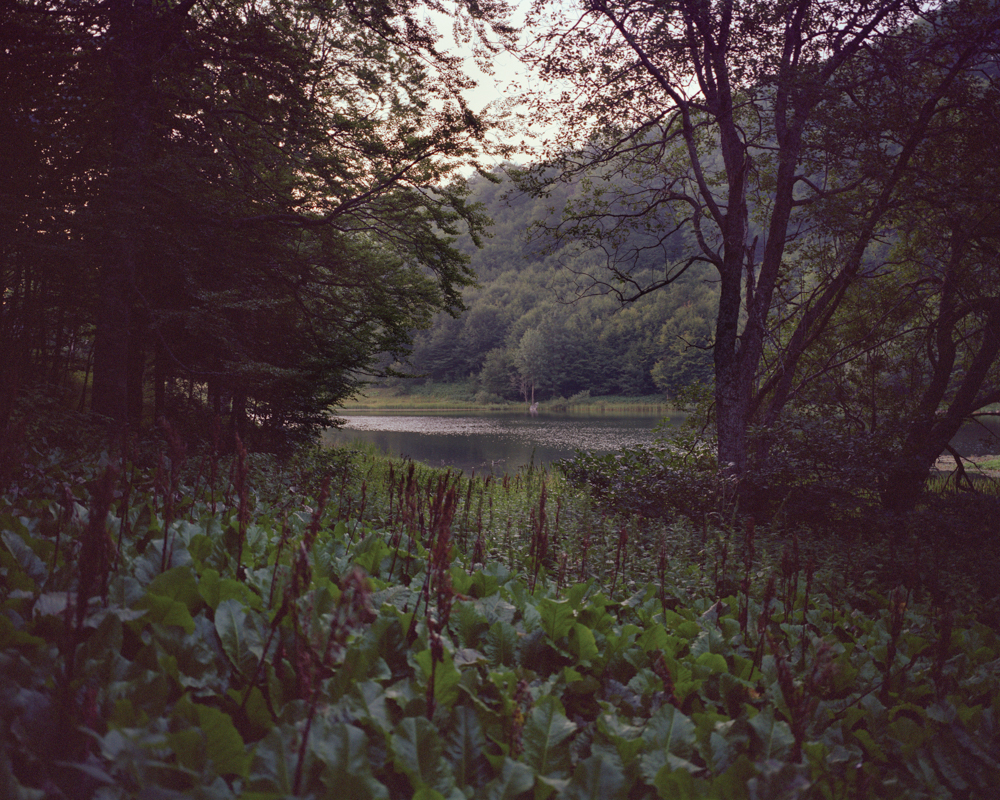 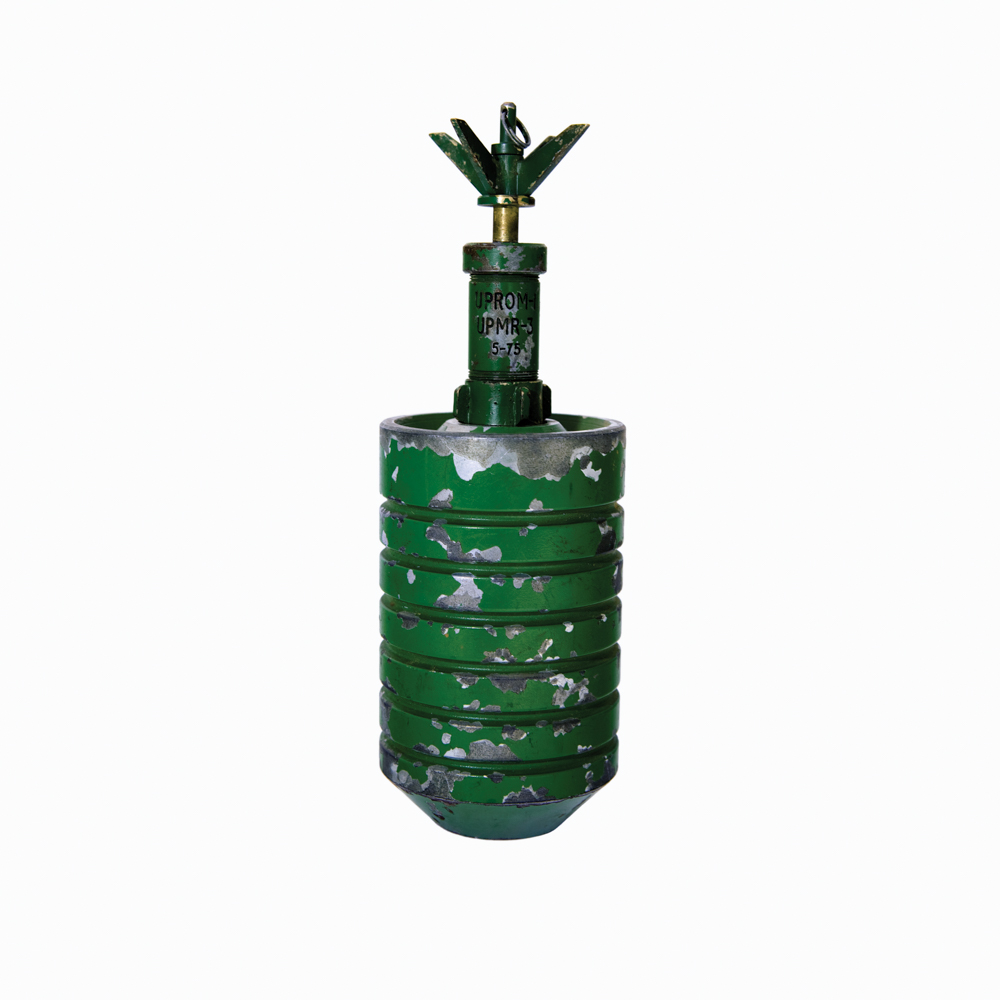 ©Brett Van Ort, PROM Manufacturer: Former Yugoslavia. Bounding fragmentation anti-personnel mine. Explosive charge: 425 grams TNT. Kill radius: 50 meters. Blast radius: 100 meters. Notes: Initiating the fuse ignites a propellant charge in a central tube, which blows off the base to propel the mine body into the air. The mine may be planted in water up to half a meter deep. Highly dangerous. No attempt should be made to neutralize this mine unless absolutely necessary. 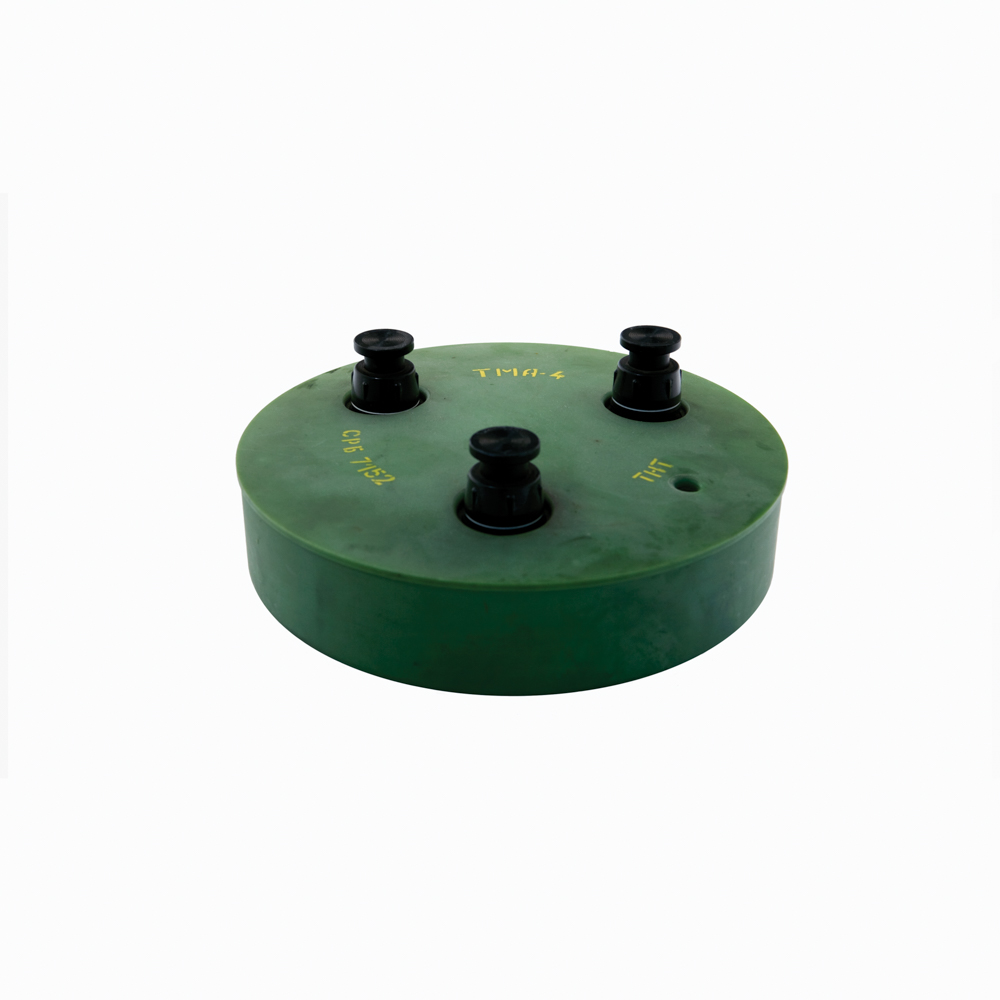 ©Brett Van Ort, TMA-4- Manufacturer: Former Yugoslavia. Minimum-metal pressure-actuated antitank mine. Explosive charge: 5500 grams TNT. Kill radius: 40 meters. Blast radius: 100 meters. Notes: Sufficient pressure on the top of any fuze breaks the fuze body, forcing the plunger into a friction-sensitive composition to create a flash, which initiates the detonator, booster and main charge. The mine is a solid block of explosive with a thin plastic casing. A rope carrying handle is threaded through a hole in the mine body. This mine could be booby trapped using any of the range of former Yugoslav anti-handling devices. 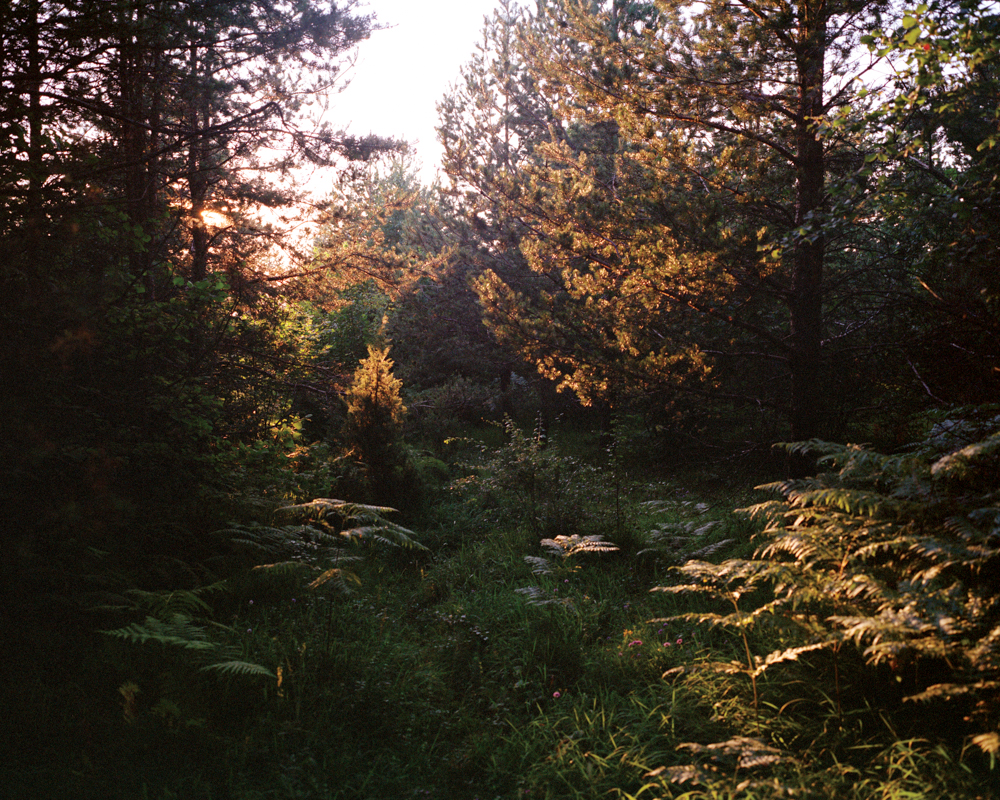 The National Center for Civil and Human Rights is a cultural institution and advocacy organization located in downtown Atlanta, Georgia. Powerful and immersive exhibits tell the story of the American Civil Rights Movement and connect this history to modern struggles for human rights around the world. The National Center for Civil and Human Rights has the distinction of being one of the only places to permanently display the papers and artifacts of Dr. Martin Luther King, Jr. Events, educational programs, and campaign initiatives bring together communities and prominent thought leaders on rights issues. For more information, visit civilandhumanrights.org and equaldignity.org.
Join the conversation on @ctr4chr (Twitter), @@ctr4chr (Facebook), and @@ctr4chr (Instagram)