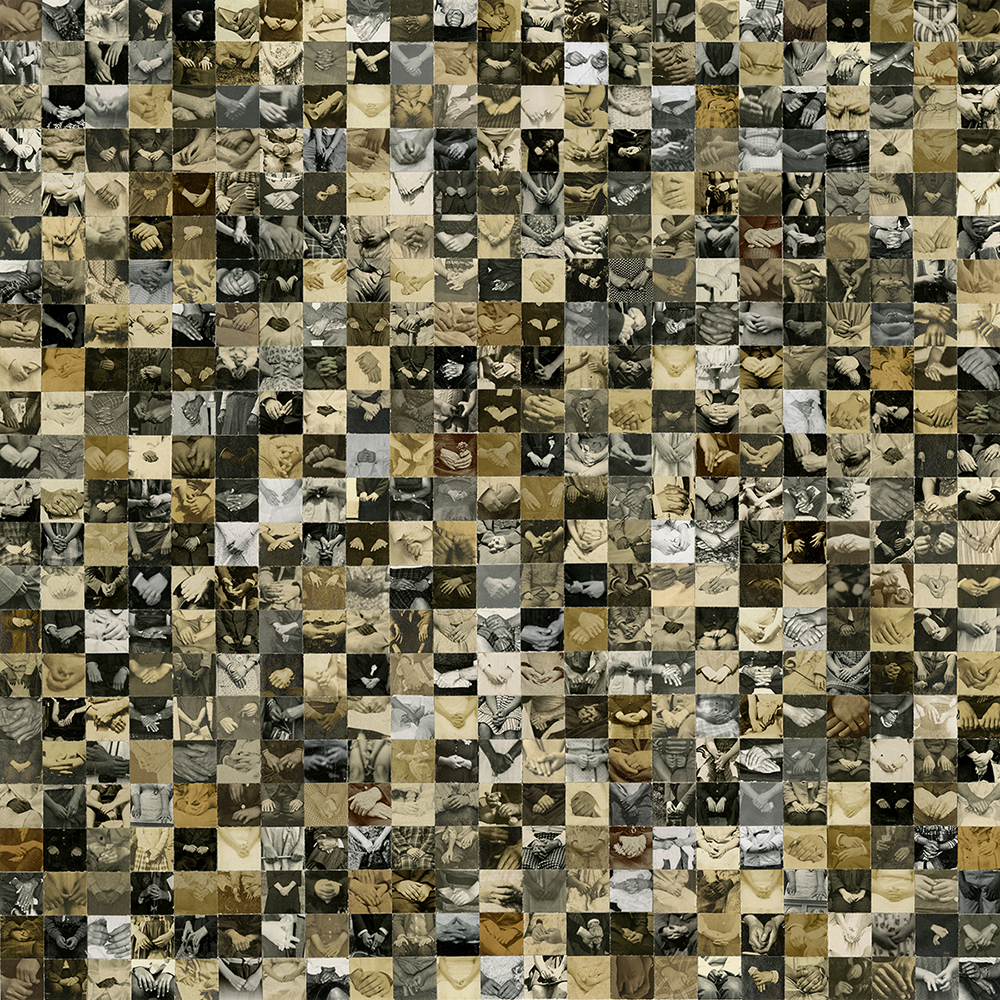 To begin this week of celebrating artists using vernacular or found photographs, we need to describe this ever expanding genre. We use the term vernacular to illustrate this week’s images because they employ the visual language of the everyday, photographs that are accessible and easy to understand. They are the documentation of daily life, the images we add to our scrap books documenting birthdays, weddings, and family vacations. The subject matter is unremarkable and these images not only record personal history, they also reveal the collective history of our society’s values over time. Wikipedia notes that in 2000, the art historian Geoffrey Batchen touched off the current wave of interest by using the term vernacular photography to refer to “what has always been excluded from photography’s history: ordinary photographs, the ones made or bought (or sometimes bought and then made over) by everyday folk from 1839 until now, the photographs that preoccupy the home and the heart but rarely the museum or the academy.”  The key is its marginalized and overlooked status.

Artist Greg Sand has a legacy of considering other people’s photographs, transforming the images in new ways to speak about memory, the passage of time, mortality, and the photograph’s role in shaping our experience of loss. We are thrilled to have Greg as our juror this month for the Vernacular Exhibition which will run on Saturday. Greg shares his own thoughts on the subject and Roland Barthes words from Camera Lucida, “Photography’s unique ability to capture a fleeting moment allows it to expose the temporality of life. “By giving me the absolute past of the pose… the photograph tells me death in the future… I shudder over a catastrophe which has already occurred.” These words from Roland Barthes’s Camera Lucida precisely describe how I feel when I consider a photograph so old that the subject must be dead. My response has a number of layers: I feel an immediate connection to the living person in the photograph, followed by a dread of what inevitably is to come for them, completed by a sense of grief over what has, of course, already transpired. This reaction is why my work utilizes found photographs, which I manipulate to create a narrative exploring mortality. My work aims to question the nature of photographs and challenge the traditional definition of photography.

His new project, Chronicle, is fascinating on a myriad of levels. It begins with the reading of photographs–what our eye is drawn to and details we miss. The work looks at similarities and differences in gestures, behavior, dress, and locations as he combines a multitude of images to compare and contrast. But at the core of his intention, are themes of death and loss. After 18 months of staggering losses due to the pandemic, Chronicle beautifully speaks to absence and what remains. In considering the work, I am also stuck by the fact that these are images of classical photographic portraiture, a practice that has also been lost to technology. In order to collect this massive archive, Sand turned to eBay and antique stories. He then redacted parts of the photographs in half inch or one inch squares and arranged the elements manually. He explains. “I found my eye bouncing around from light to dark, from matte to glossy, from bright to dull, from textured to smooth. The pieces became like pixelated masses from a distance that required getting very close to discover each image individually.”

Greg Sand is an artist who explores the issues of time and death. He produces work that addresses the nature of photography and its role in defining reality. Sand received his BFA in Photography from Austin Peay State University in 2008. He has received recognition from many jurors, including Chicago art dealer Catherine Edelman, Guggenheim Assistant Curator Ylinka Barotto, and acclaimed artists Shana and Robert ParkeHarrison. Sand currently produces work in Clarksville, Tennessee, and exhibits across the United States. 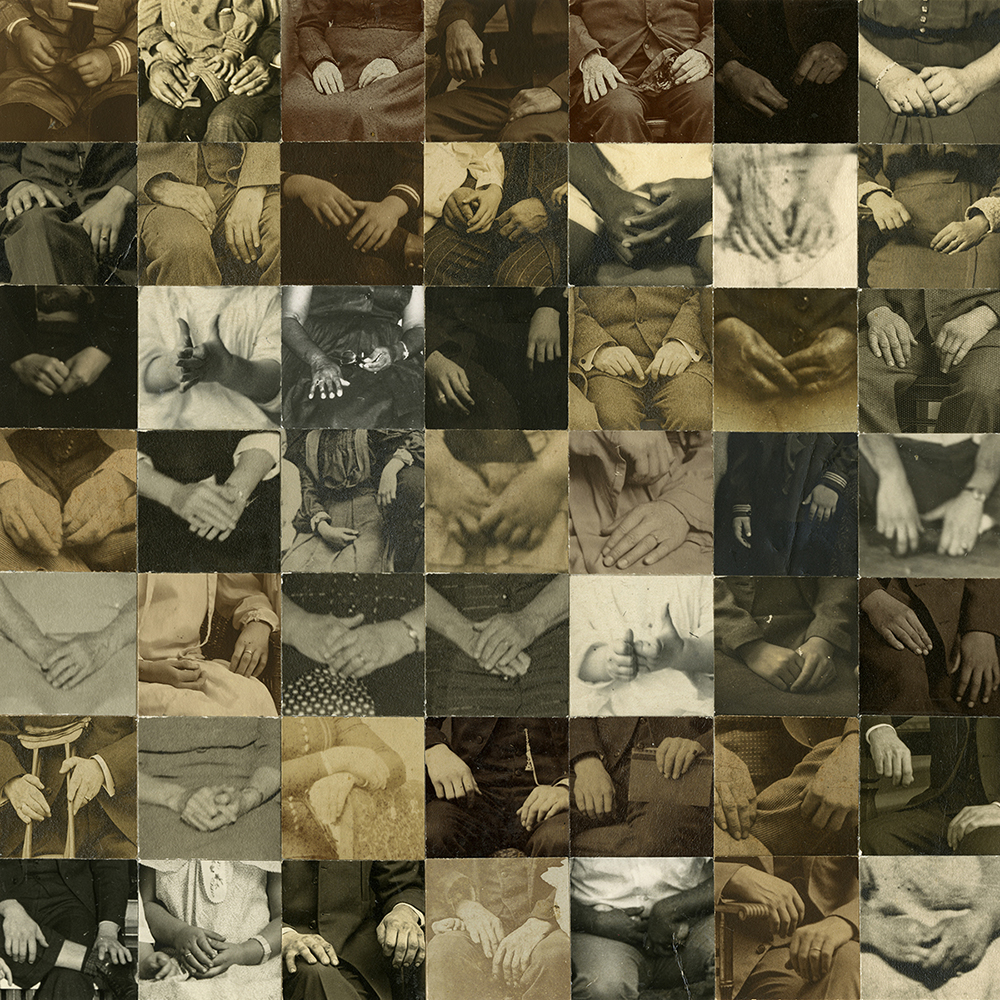 In Chronicle I combine 1/2” and 1” square pieces cut from found photographs to examine the fragmentation of memories. When recalling our childhood, we may remember the shoes our father always wore or the way our mother held her hands: a part represents the whole. Photographs function in a similar manner. They do not show a whole person or an entire life, but instead capture a single moment. These keepsakes help determine some of the pieces of memory that stick with us.

This series started as an exploration of the overwhelming scope of humanity and human history and the insignificance of the individual. I wanted to find a visual representation of the approximately 6,393 deaths that occur every hour in the world. I made the piece Chronicle: Passing (6,393 Per Hour) to try to comprehend this staggering figure. I moved on to other subjects that are more about the nature of memory. The themes of death and loss are present throughout the series – most blatantly in the images of funerary flowers and disembodied shadows – as the source photos I use often have a built-in sense of history and sadness. 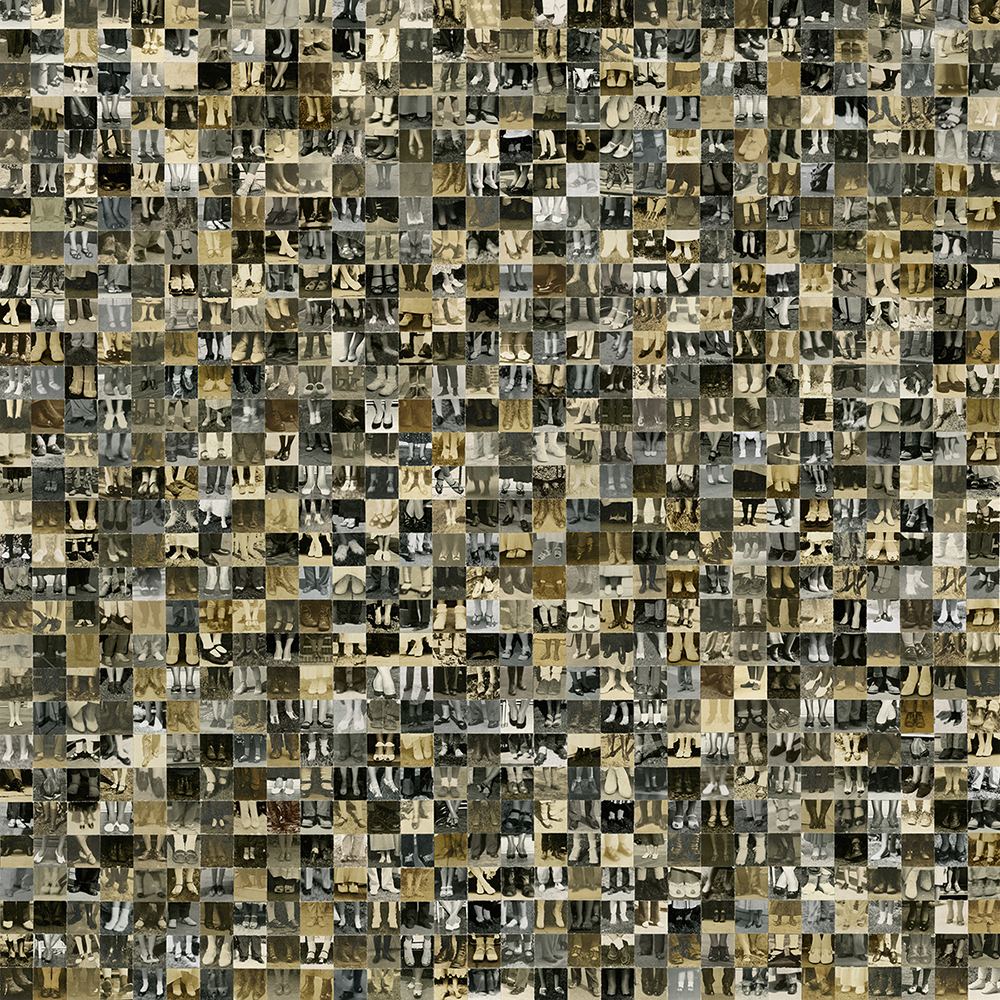 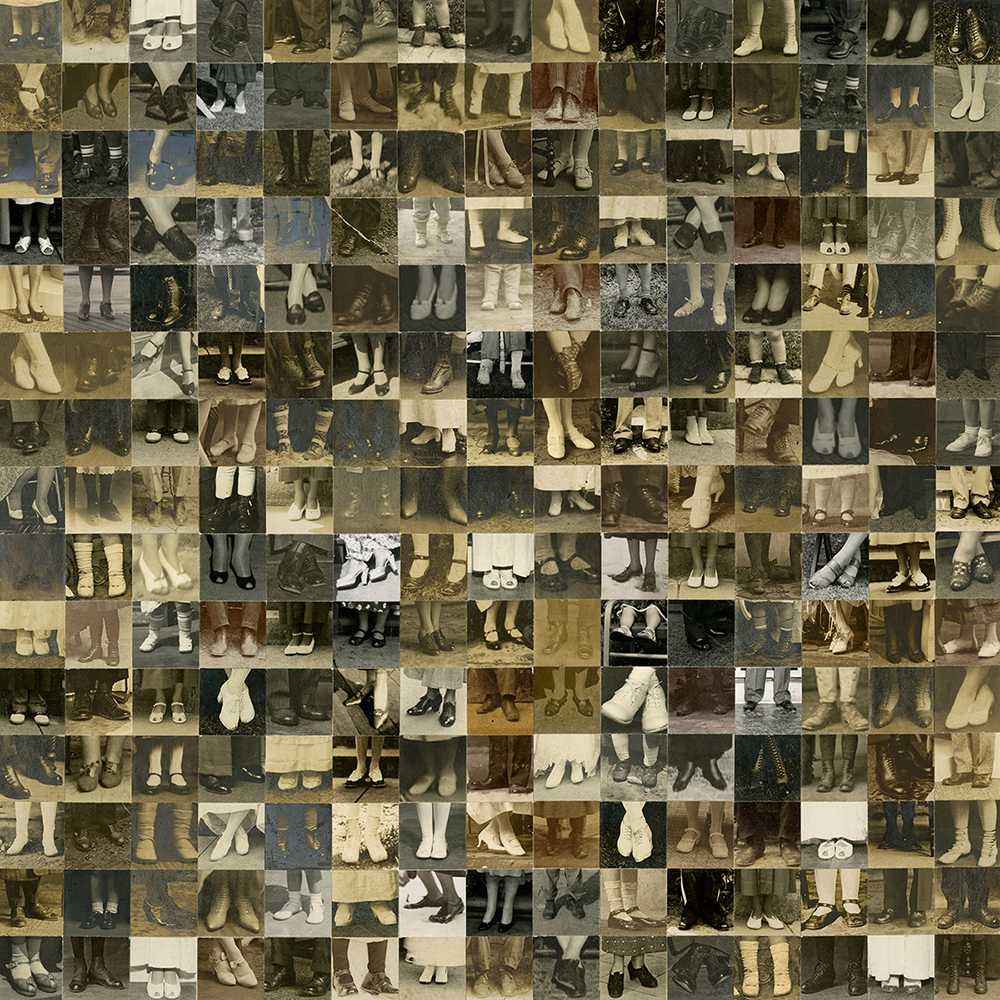 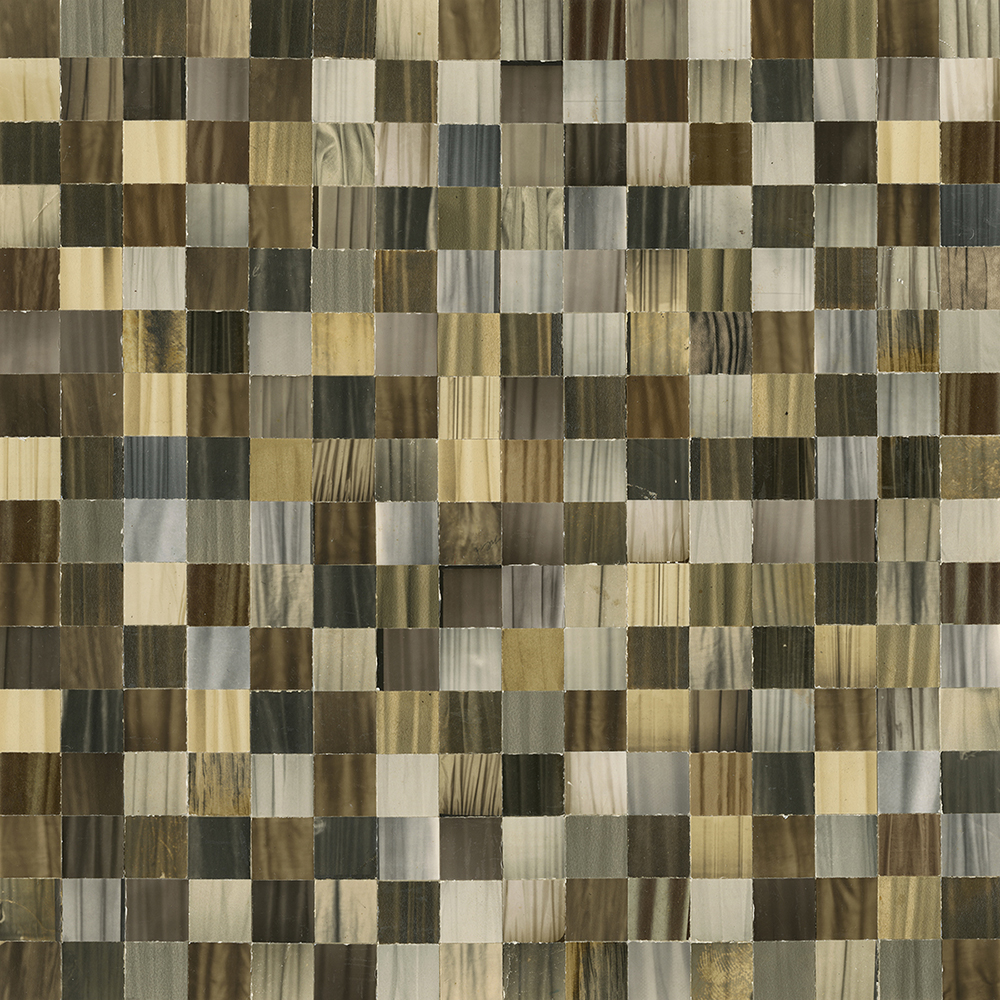 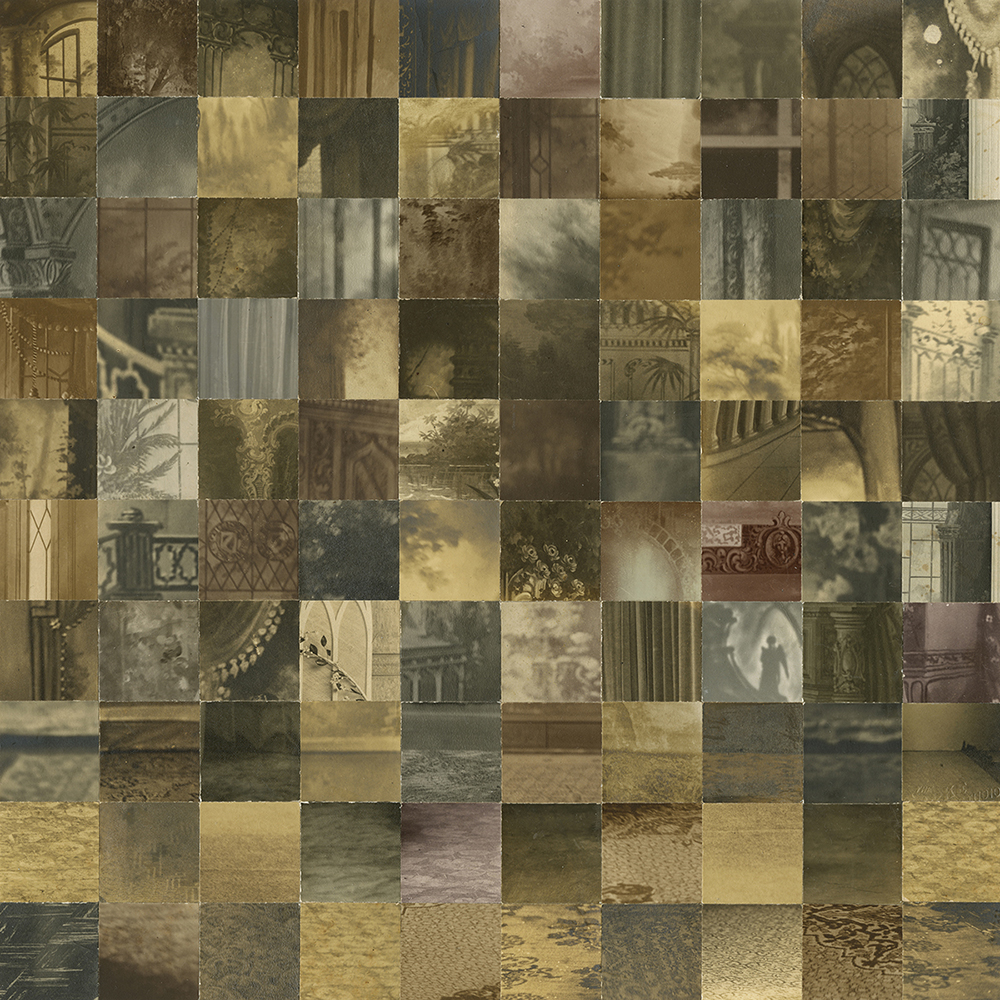 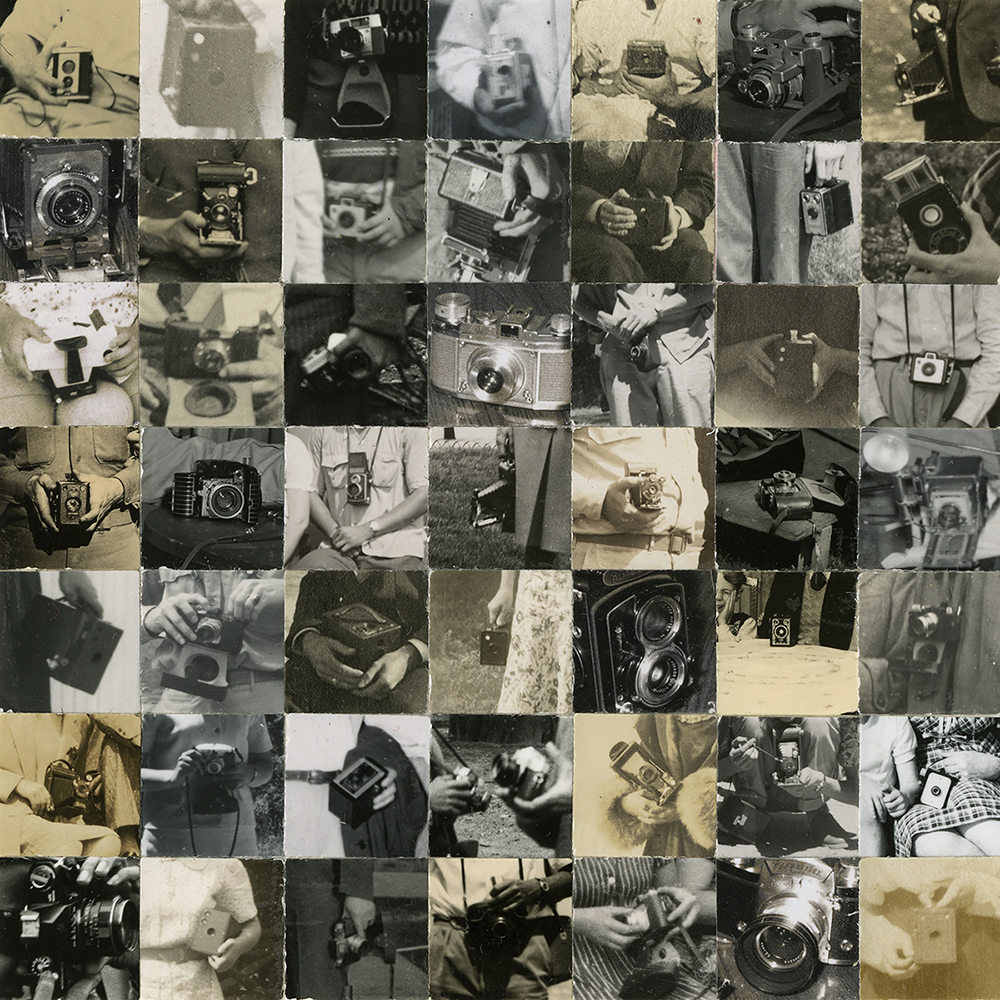 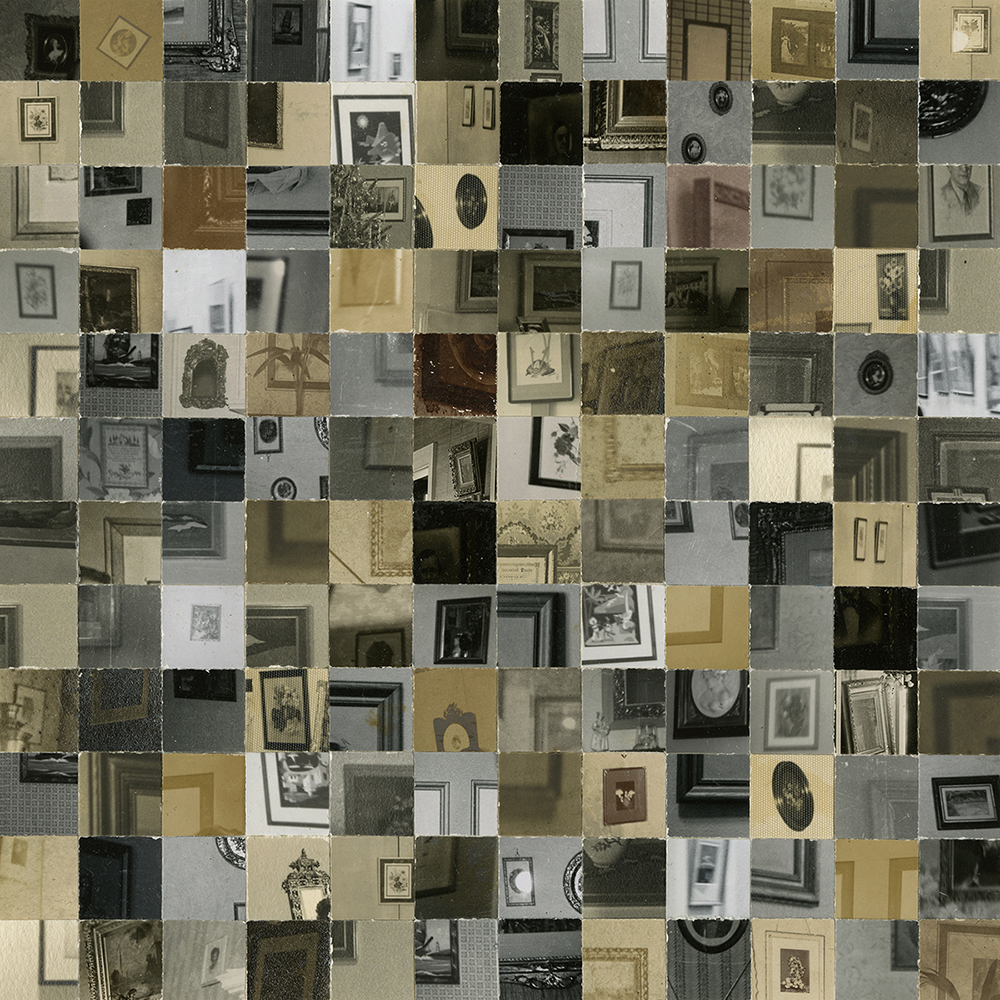 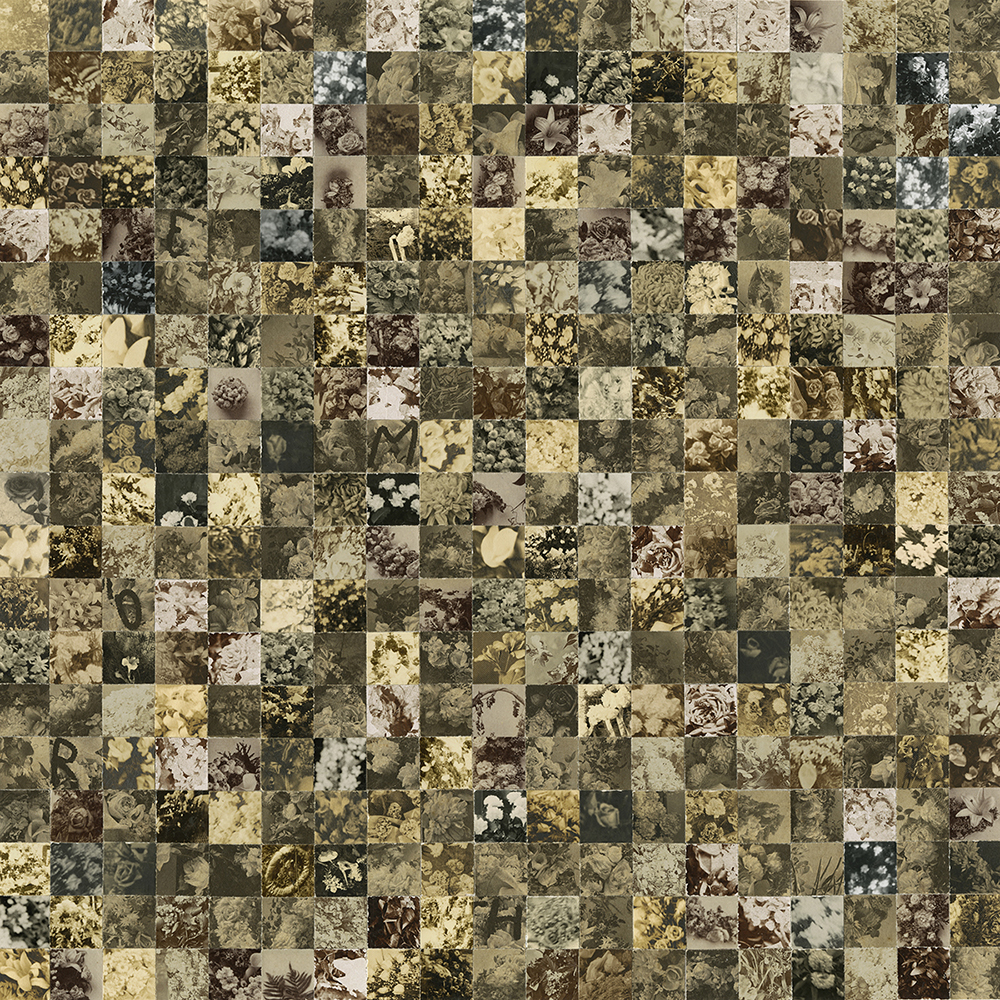 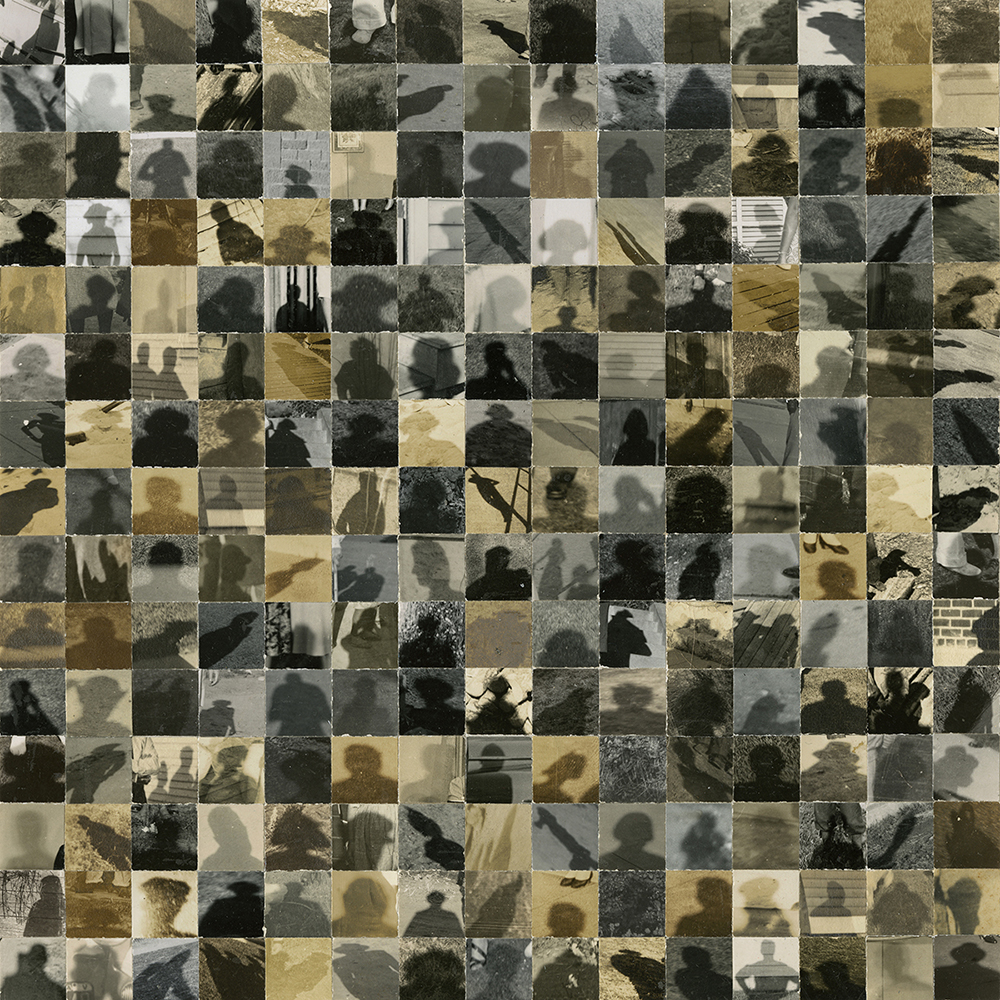 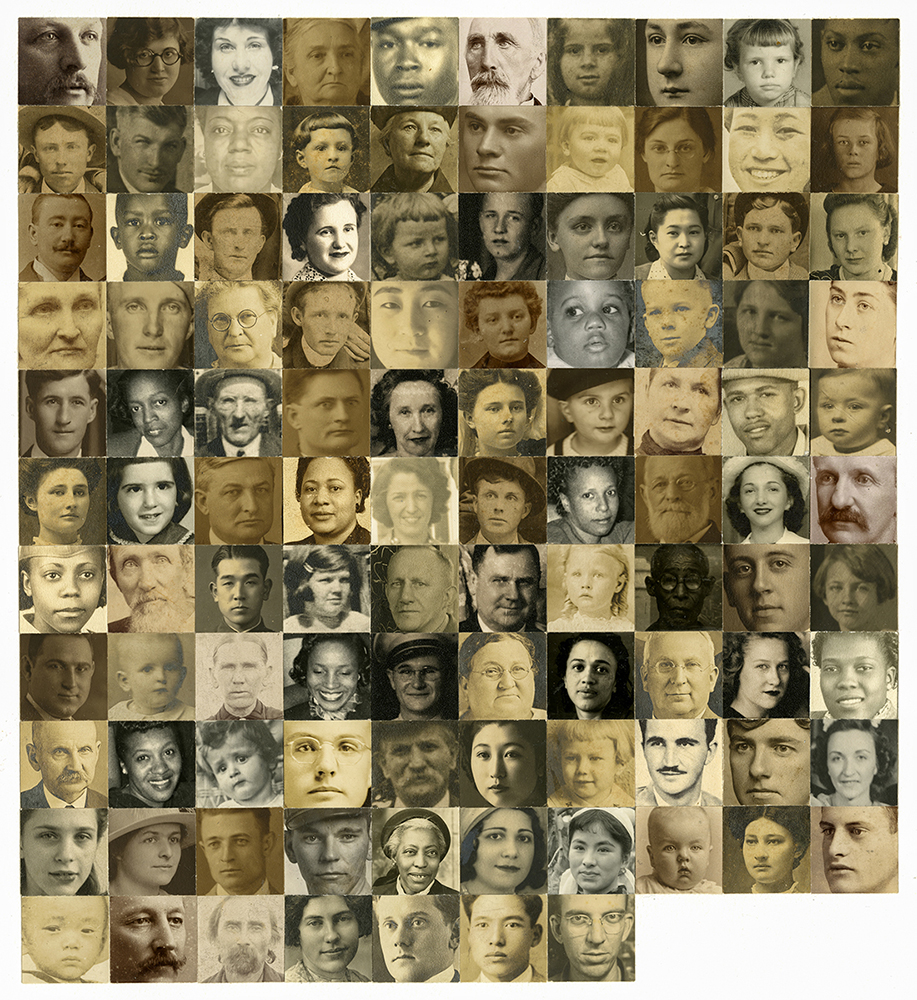 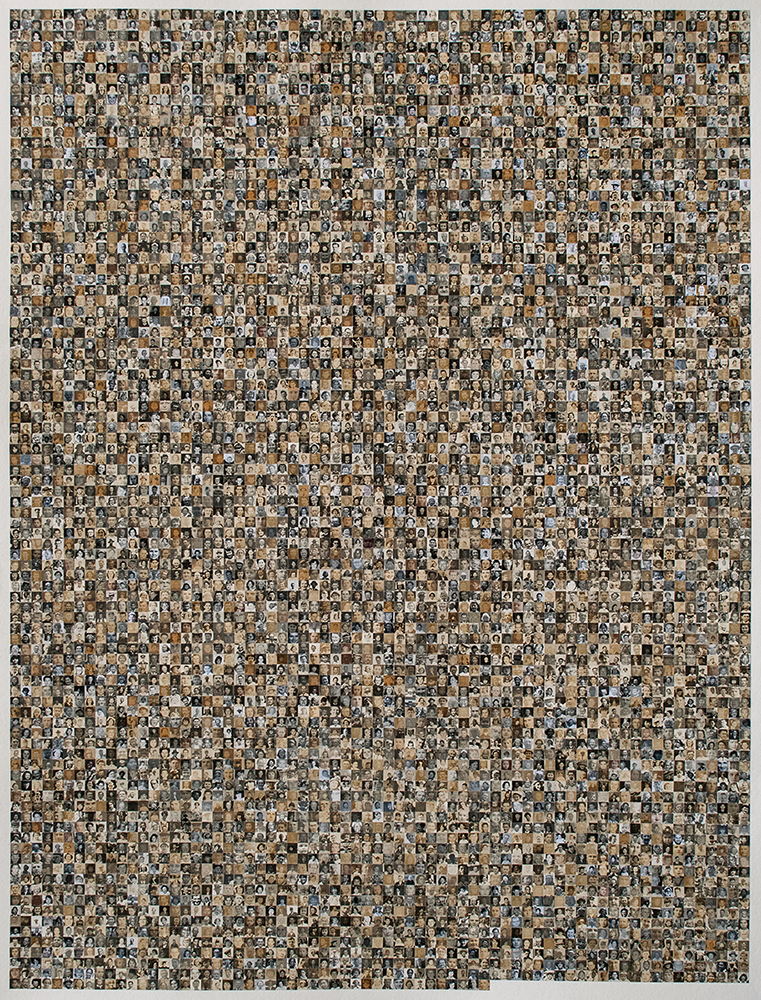 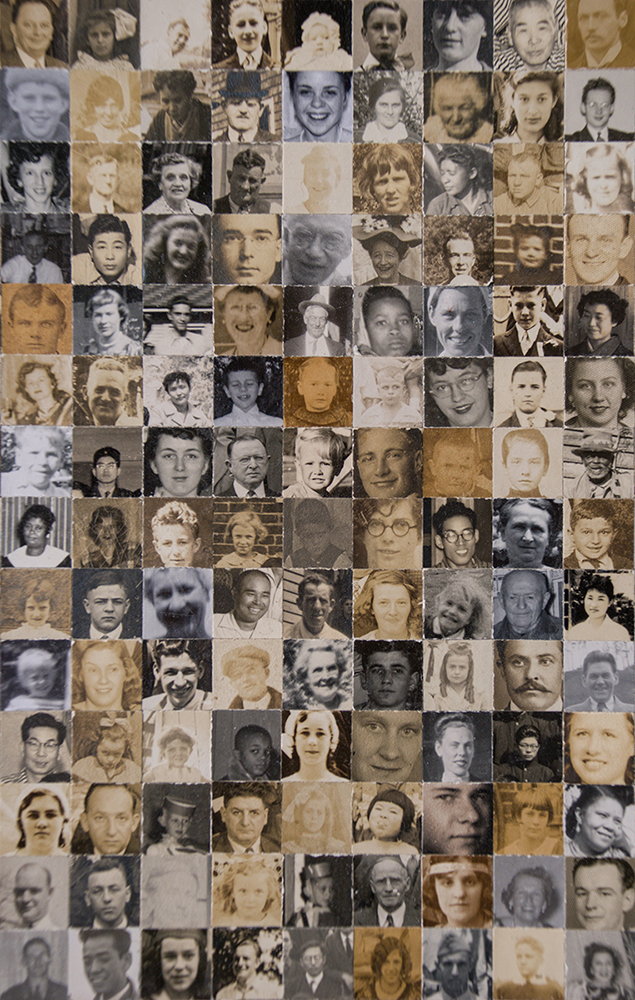 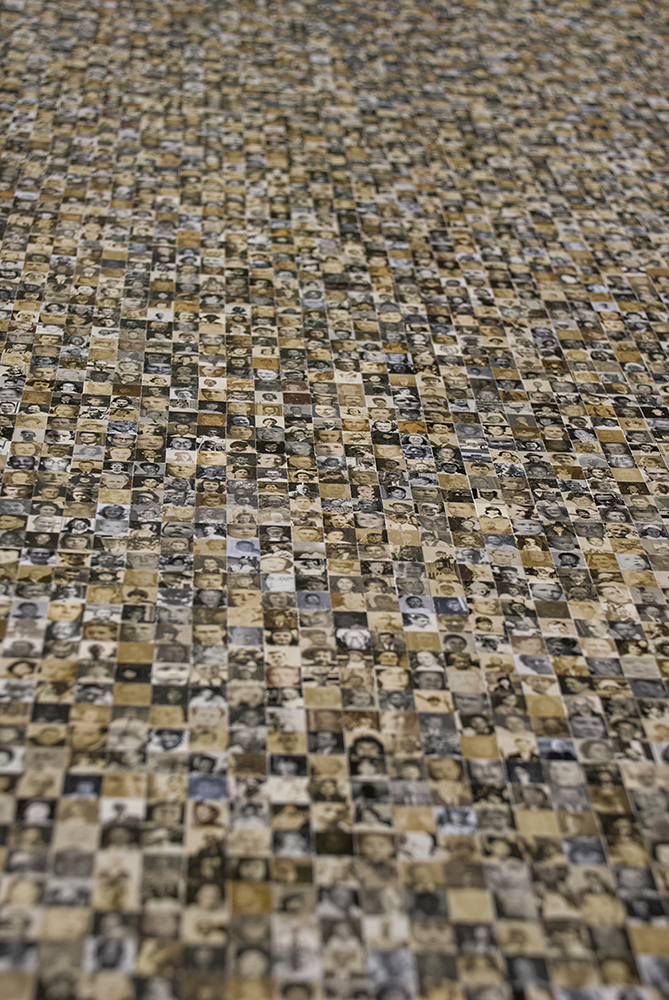 NEXT | Focus on Vernacular: The Unperson Project >
< Spirit: Focus on Indigenous Art, Artists and Issues at The Griffin Museum | PREV