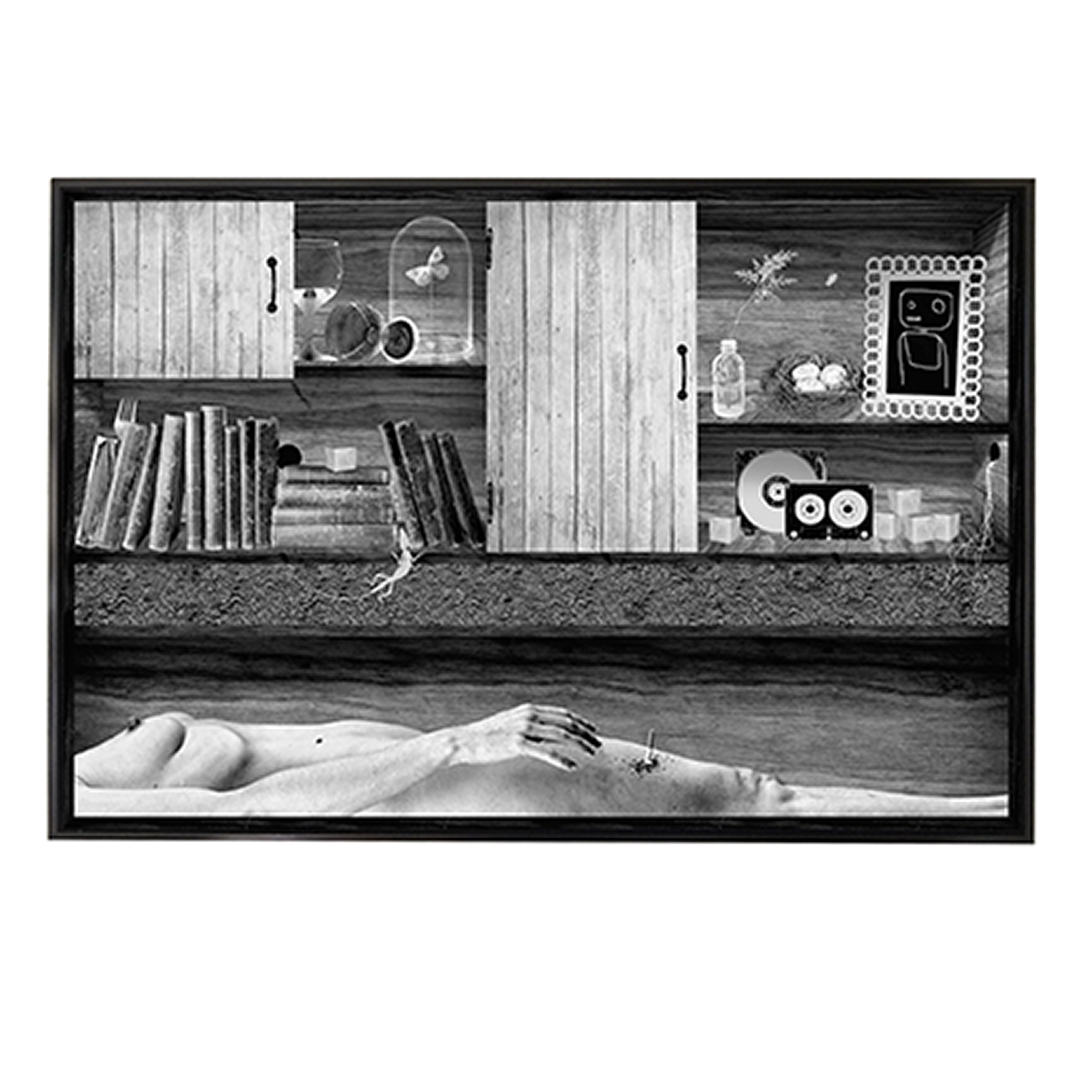 ©Camila Magrane, Woman in a Cabinet, from Traces

This week we are featuring projects that push the boundaries of traditional photography and we begin with an artist using AR to create an adventure through imagery. Prior to delving into the wildly imaginative and eclectic worlds that Camila Magrane creates, I strongly encourage you to watch the video below to understand how the work can best be navigated, for navigation is an important tool in appreciating all that her digital collages offer. Prepare to dive into the world of augmented reality (AR) where nothing is quite as obvious as it originally appears, and surprises lurk behind every portal. Camila’s latest project and exhibition at the Themes and Projects Gallery in San Francisco, “Traces”, presents alternatives to the typical viewer of an image in a gallery. With the aid of an iPad and the use of her proprietary software, the viewer suddenly becomes a participant in the myriad offerings of a given two-dimensional image that leads one on a visual adventure. Each picture is an experiment in the creation of a space that is totally in the control of the viewer and the subsequent surreal narratives offer many interpretations.

The individual images are digital collages that initially strike one as black & white dreamscapes. The sequences that appear with the aid of a specific technological intervention are non-linear narratives that intrigue rather than inform. As I observed the interaction between the viewer and the original image, I was fascinated by the potential of breaking through technological barriers to generate new experiences for a viewer other than a traditional gallery or even a website that offers a passive approach to an artists’ creations. This technological and artistic feat goes well beyond the portraits one saw not so many years ago where the eyes in the portrait moved and followed the viewer with an eerie sensation of a wall-mounted voyeur. On the contrary, the narratives generated in “Traces” are informed by an “Alice in Wonderland” quality where one never knows what will happen next as one peers through the latest technological “looking glass”.

As Camila notes in her artist statement, “Traces” explores the relationship between the past and the present with a focus on the process of transformation as the connecting thread. The work consists of a series of collages and a collection of polaroids that are accompanied by animations and video clips seen solely with an augmented reality application (Virtual Mutations).

The scenarios presented in the static images act as literal stages for animated narratives. What once was a captured single moment echoes into motion, creating an additional layer as to what will come thereafter. The intention is not to detract from the simplicity of the static image but instead to create possibilities as to what the subjects in each setting could become through a lapse of time and allegorical imagery. A dialogue between the past and the present is established and the app itself acts as a mediator between these tenses, allowing the observer to have a glimpse of the afterthought.

The purpose of using augmented reality as an accompaniment to the static imagery is to invite the observer to take part, not only as a viewer, but as an active participant of the evocative and symbolic narratives represented in the diverse themes of each piece.

Many of the collages include interactive elements that alter the state of time and space when controlled by the individual viewer. Through these interactions, the works are intended to shed light on the subjective nature of the elusive concept of time and suggest that time and space are intrinsic categories of the mind and relative to the observer’s point of view.

The Polaroids on the other hand, are stripped of interaction and complexities and instead composed of simple repetitive motions locked in endless loops and lacking in linearity. The titles of the Polaroids refer to states of mind and emotions which are interpreted by the motions of the displayed figure. The repetitive movements and ghostly traces of motion mimic the monotonous nature of our thought processes and emotional patterns and the difficulty of breaking out of these mental habits and routines which shape predictable patterns of behaviors. 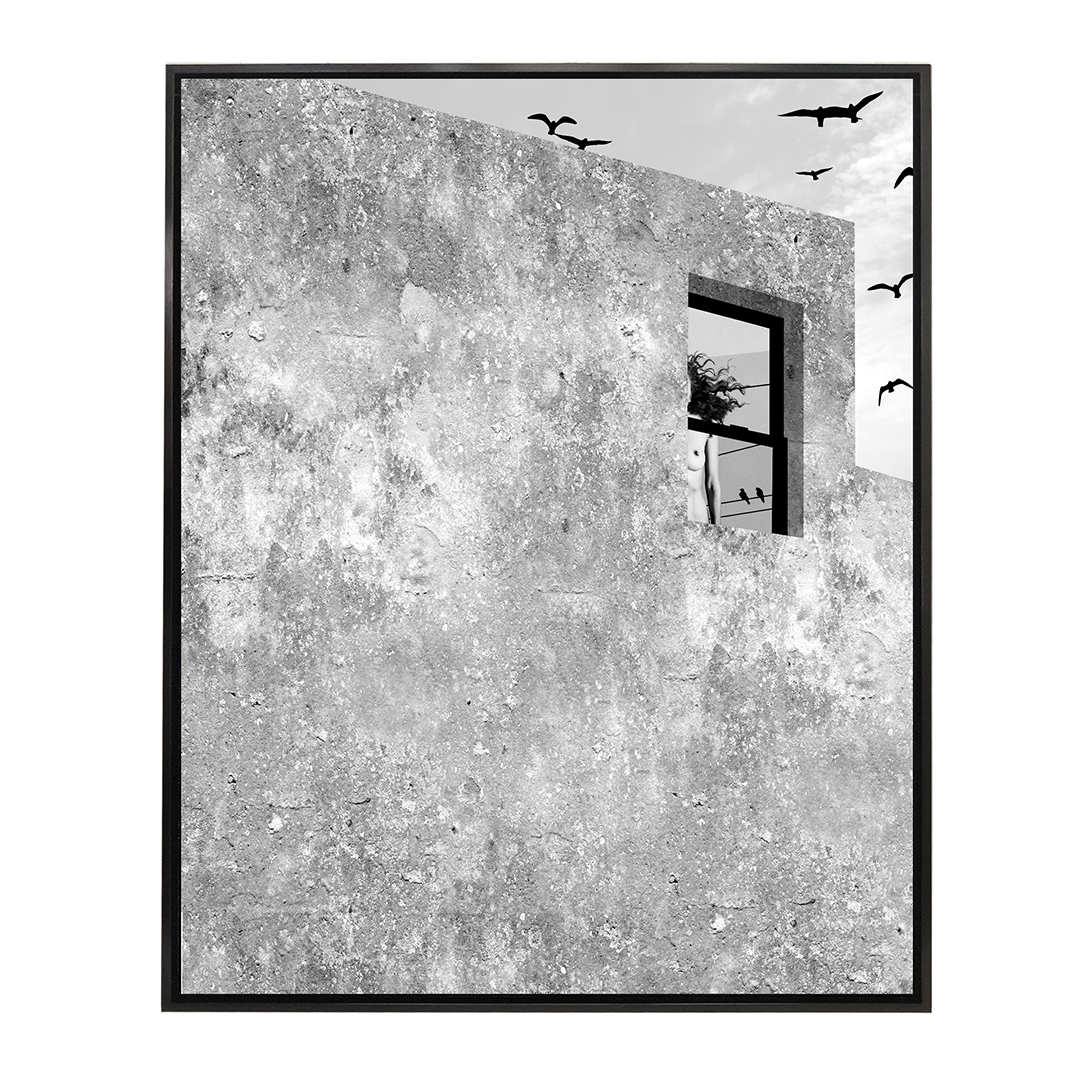 How do you envision bridging the potential gap between the techie’s desire to focus upon the AR component of your work and the old school collector’s interest in searching for meaning in each work?

For me, the meaning of the work always comes first. If successful, I hope the concept being portrayed outweighs whatever technology is being used. Throughout my process, It’s important to try to create a seamless correlation between the digital components and the physical artwork. I usually almost always start a work with the creation of the physical image and that image must be able to stand on its own. The AR component, which I typically incorporate afterwards, simply acts as another layer to the image and in some cases, adds on to the already existing static narrative. It’s fundamental for me to be able to find balance between the physical image, the concept behind it, and the AR virtual elements.

With that being said, it’s essential to acknowledge the significance of the technology in the work. The AR aspect is part of the medium and creative process, so it doesn’t bother me if someone is more interested in the AR component than the actual meaning of the work. I think craftsmanship and recognizing the skill behind the work has its own merit. Being able to cater to both the “techies” and the “old school collectors” is an interesting challenge for me as an artist.

A work of art shouldn’t necessarily be defined by the medium, but I do have to consider what role augmented reality plays in our world today. It’s still a relatively new technology and not everyone has had access to it so naturally, an attentiveness to the tech is unavoidable and, in some cases, even distracting from the message of the work but I do believe as the technology becomes more incorporated into our everyday lives the focus on the medium will play less of a principal role. 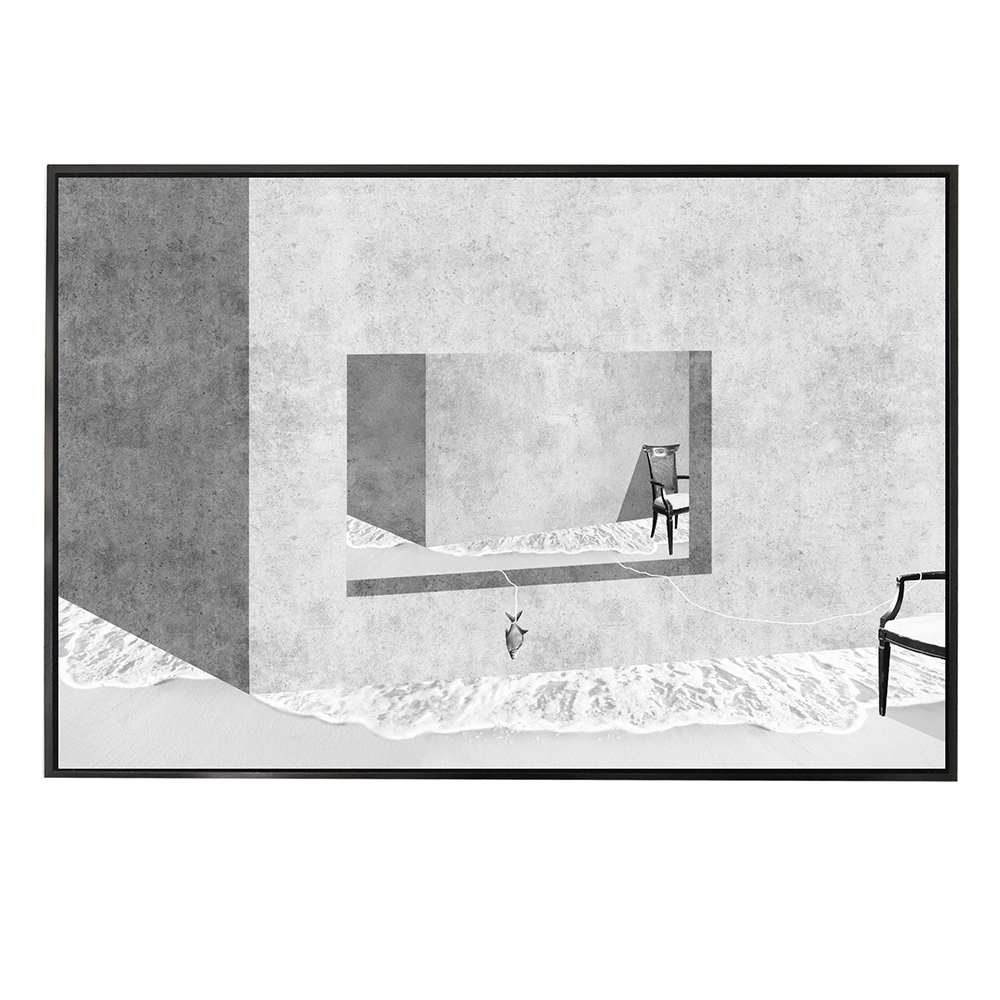 I appreciate your desire to encourage the viewer as a participant in your art.  How do you plan to prolong the surrealist narrative so that it goes beyond a one-time experience?

One idea I’ve been exploring for future iterations is the concept of creating “chapters” for each piece. Chapters can be added, updated, or changed over time.  Since the AR elements are viewed through an app, the digital content and animations can be updated and changed whenever I decide to do so.  I’ve also been interested in experimenting with procedurally generated content so that each viewing is unique. Using the internet to access and alter variables in real-time is another idea to create changes in a narrative. The notion of a fluid or nonlinear storyline is really what is intriguing to me. 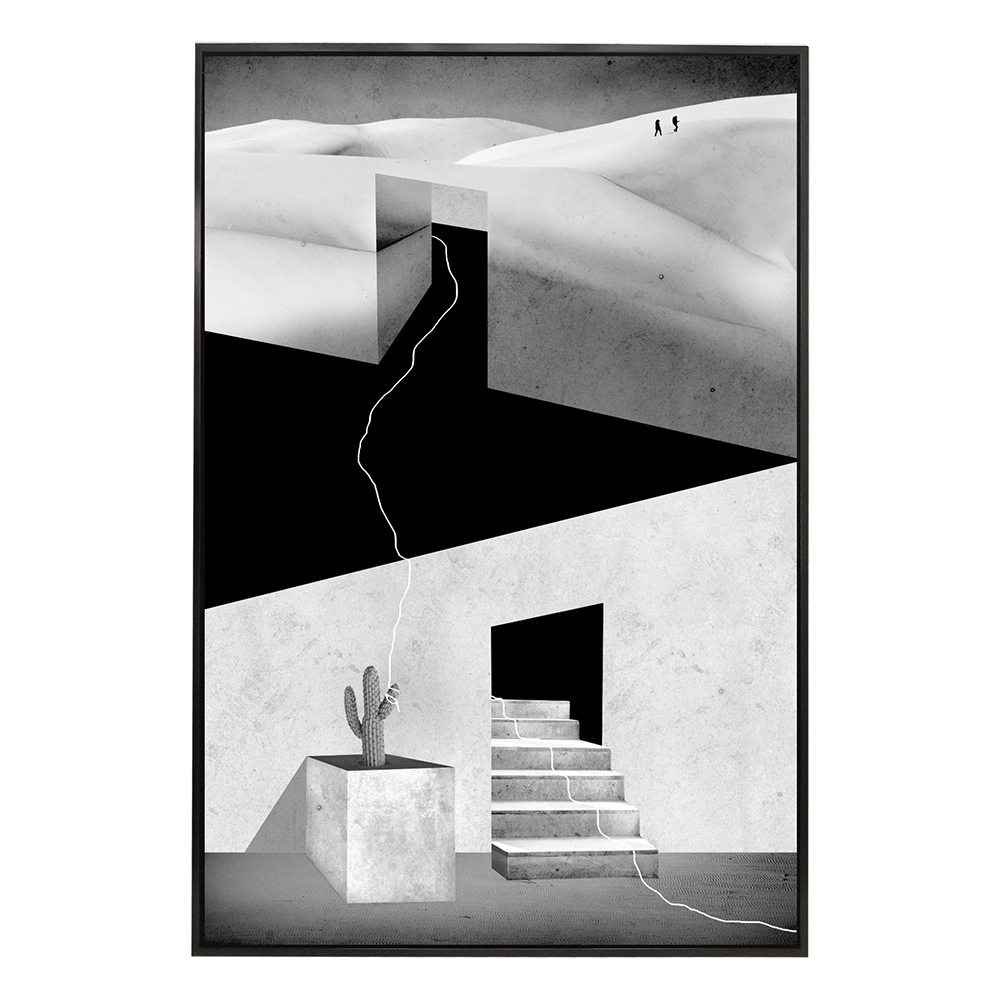 Once you have played a video game extensively, normally one gets bored until the next iteration.  Do you feel the same tendency will occur with your initial forays in the world of AR/fine art that you have created?

I don’t consider my work to fall into the same category as video games. One of the things that differentiates video games from say, photography, painting or the general world of fine art is that video games typically consist of task driven obstacles and/or storylines that have a beginning, middle, and end. Once a player completes the series of given tasks or plays through the entire presented storyline, the replay ability becomes less appealing. My work doesn’t necessarily follow this type of structure. Each piece explores an abstract concept. I consider each work to be more of a reflection or depiction of an idea.

Of course, the technology will eventually be outdated. Digital animations and computer-generated content is restricted to what the hardware and technology is currently capable of doing at the time of creation but ultimately one resonates with a work of art because it has the power of shifting perception or evoking an emotion and this I believe can be universal and timeless.

Could you briefly describe the process whereby you incorporated Polaroids into your AR work?

My experiments with instant film and my reasoning behind incorporating AR into the polaroid medium has to do with the yearning to discover new ways of utilizing a traditional process and medium but with modern tools and methodologies. What draws me most to the Polaroid medium is the sense of nostalgia and the cultural weight that’s associated with it. I like the idea of redefining a process or format from the past and giving it a “new life”, or in this case, viewing the medium through a more contemporary lens. 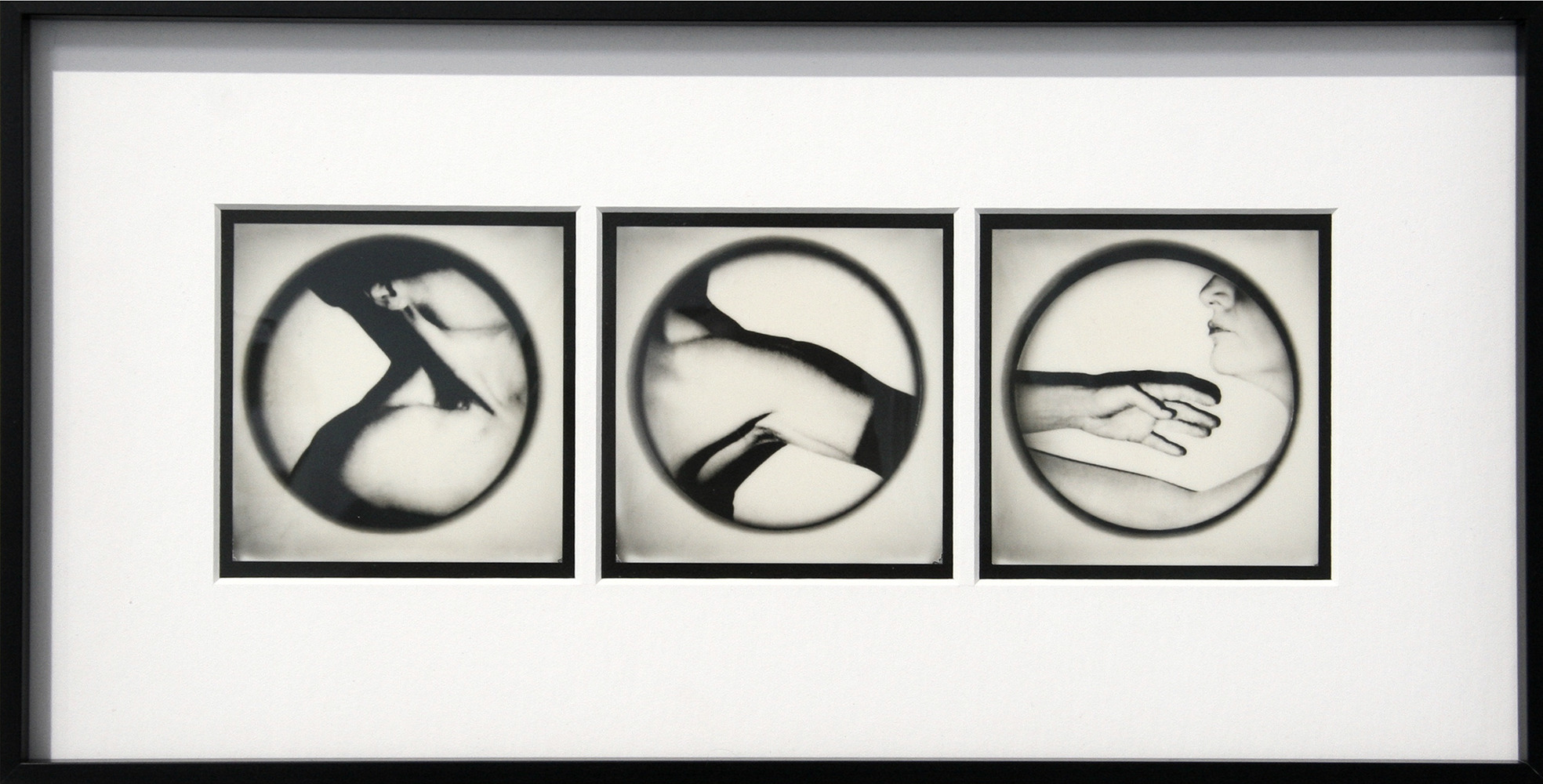 What’s next for Camila Magrane on your creative trajectory?

I just recently moved to the desert (Joshua Tree, CA) which is a big change from living in a city. So much of my time currently consists of exploring my new environment and observing how it’s affecting my inner and outer surroundings.  I am already noticing my relationship to time shifting and I’m excited to see how this alters my creative process. I’ve spent the last several years focusing on releasing a constant flow of new work but I’m at the point where I feel the need to take a step back and give space for contemplation and new discoveries.  I’ll be spending the next several months photographing and running experiments in my studio in search of different directions to take my next body of work. I’ll be experimenting with alternative printing processes and formats as well as continuing to expand on abstract narratives in virtual spaces.  In my opinion, I’ve just started to scratch the surface of what is possible with the intersection of image based work and augmented reality so I’m eager to continue exploring and developing this union. 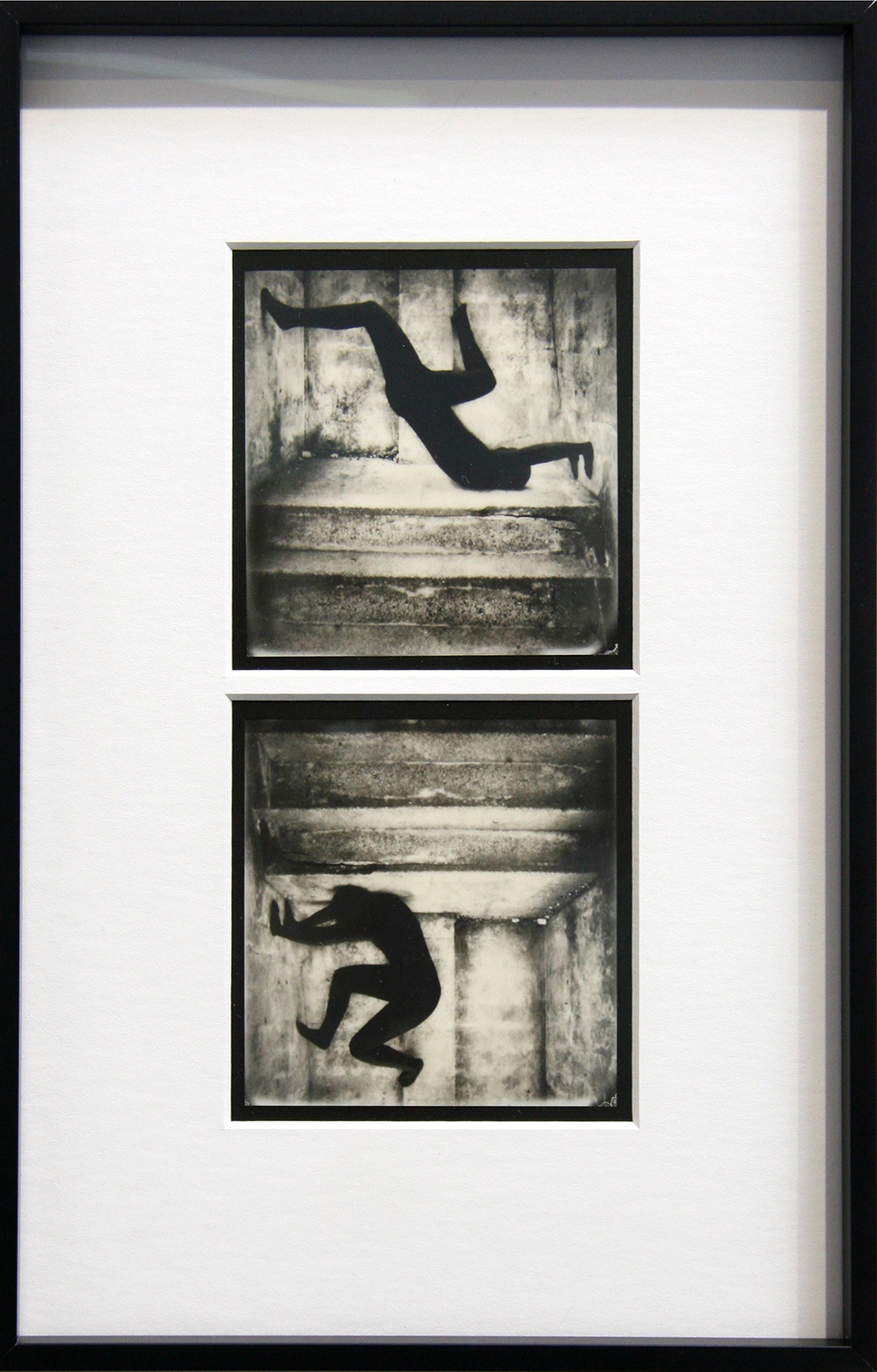 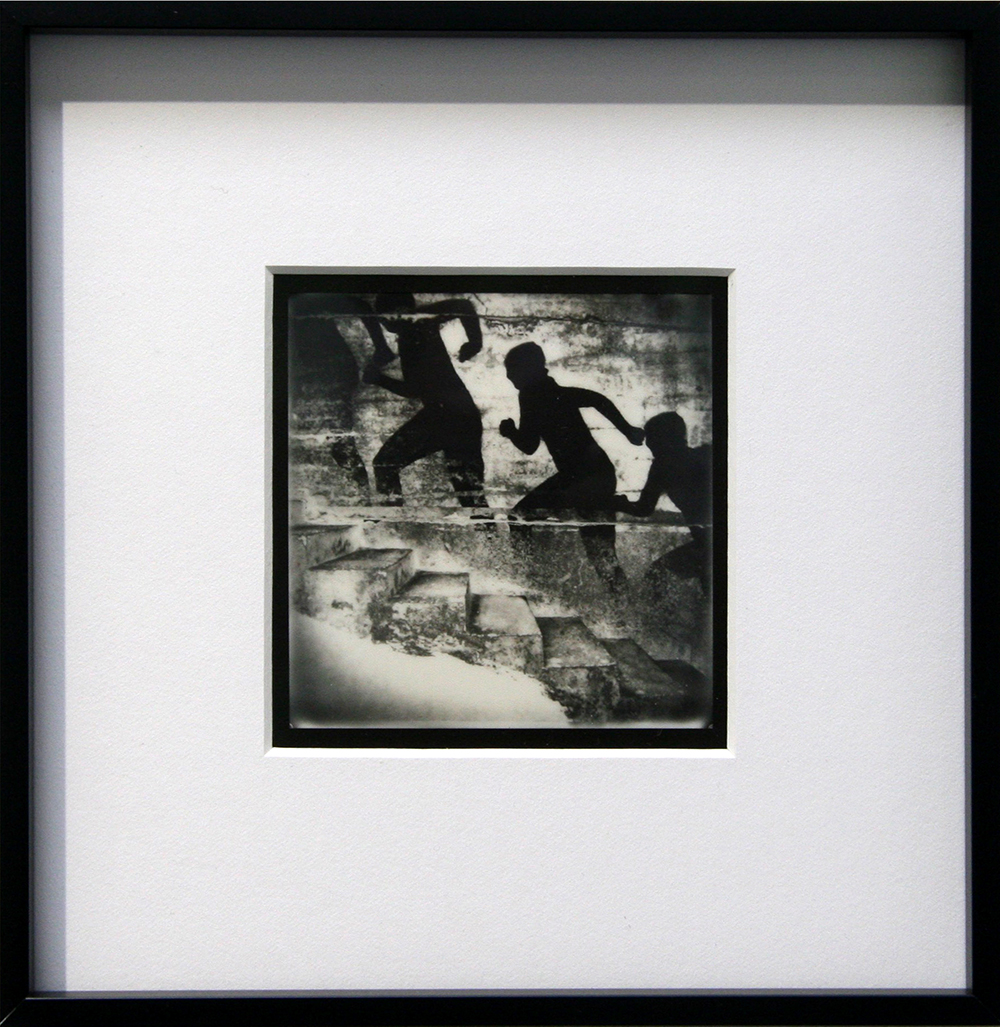 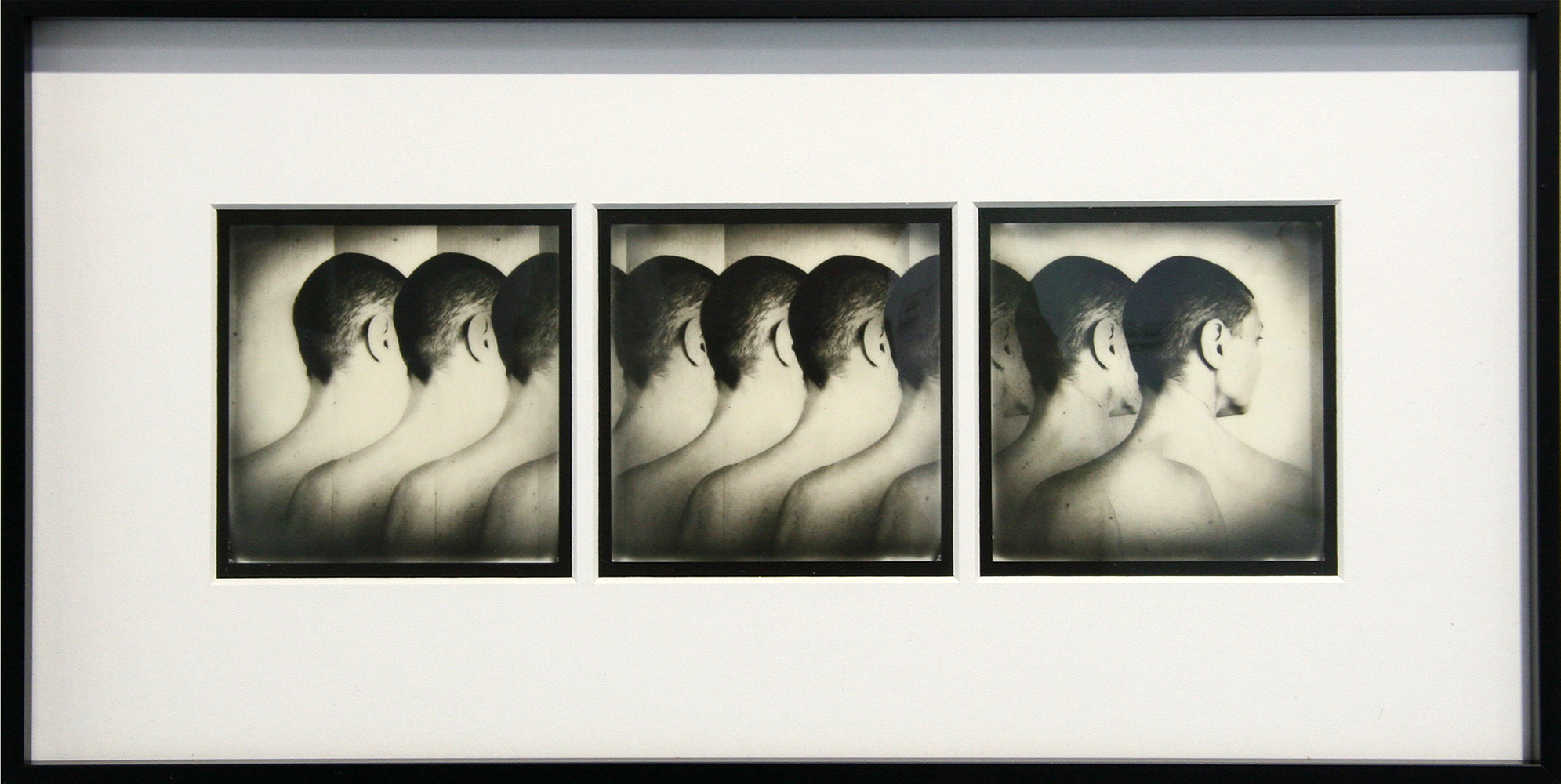 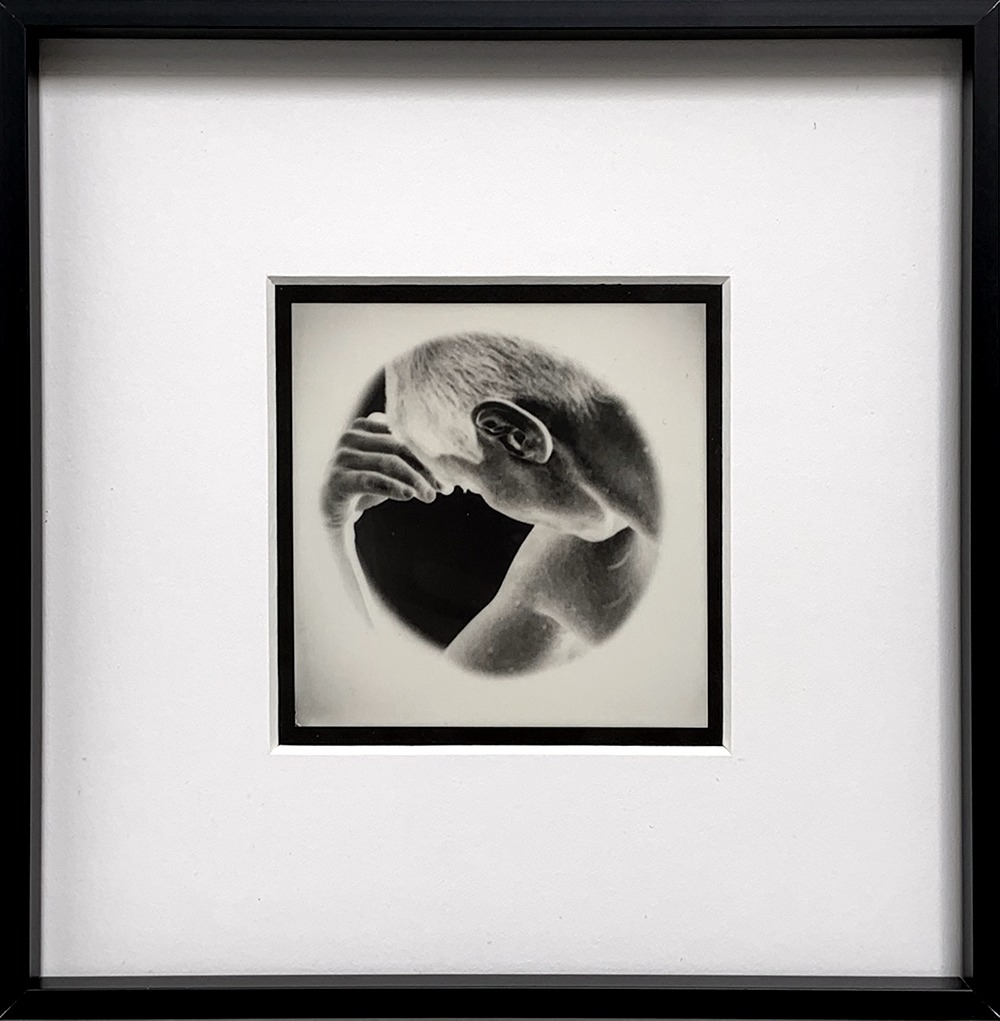 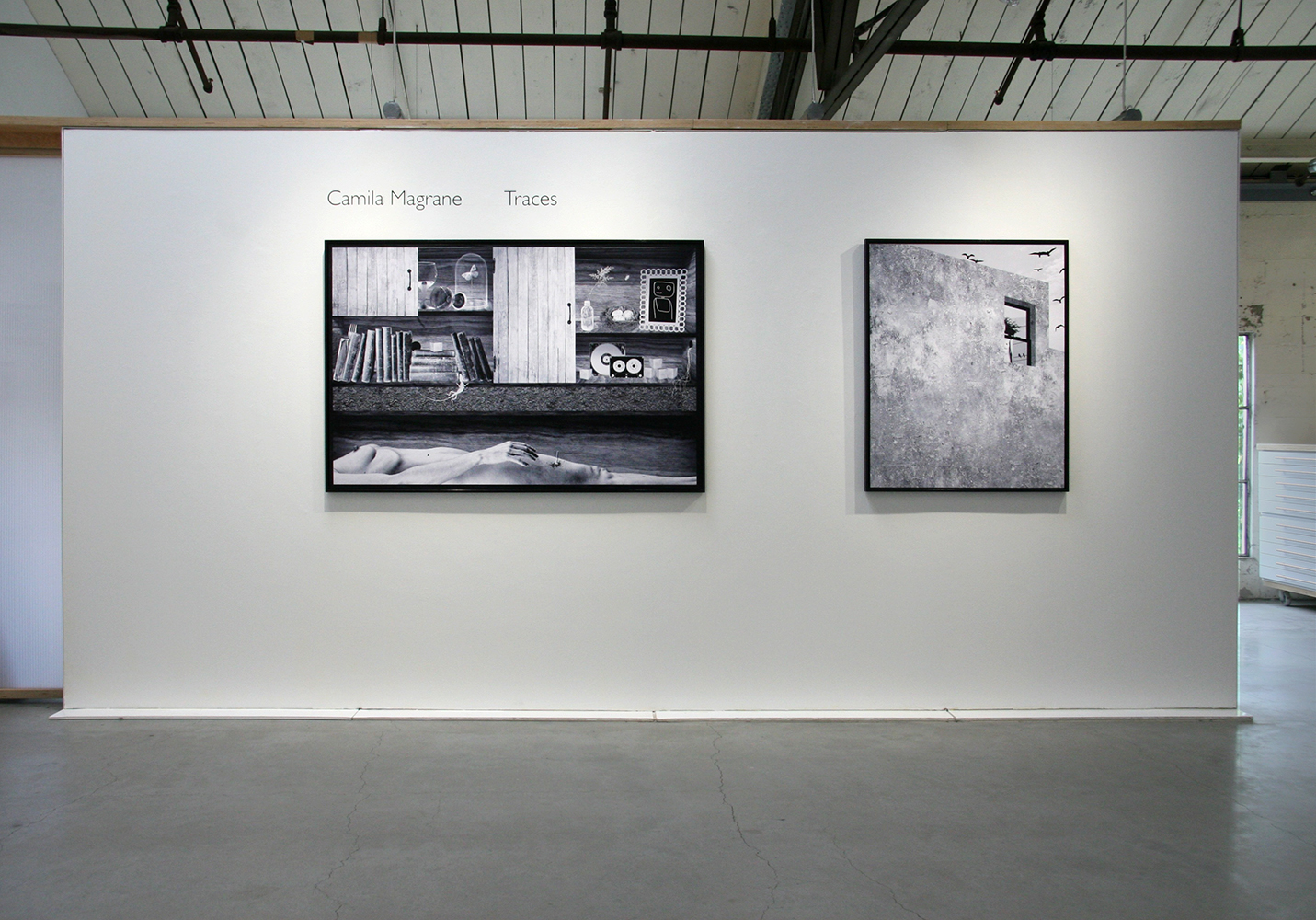 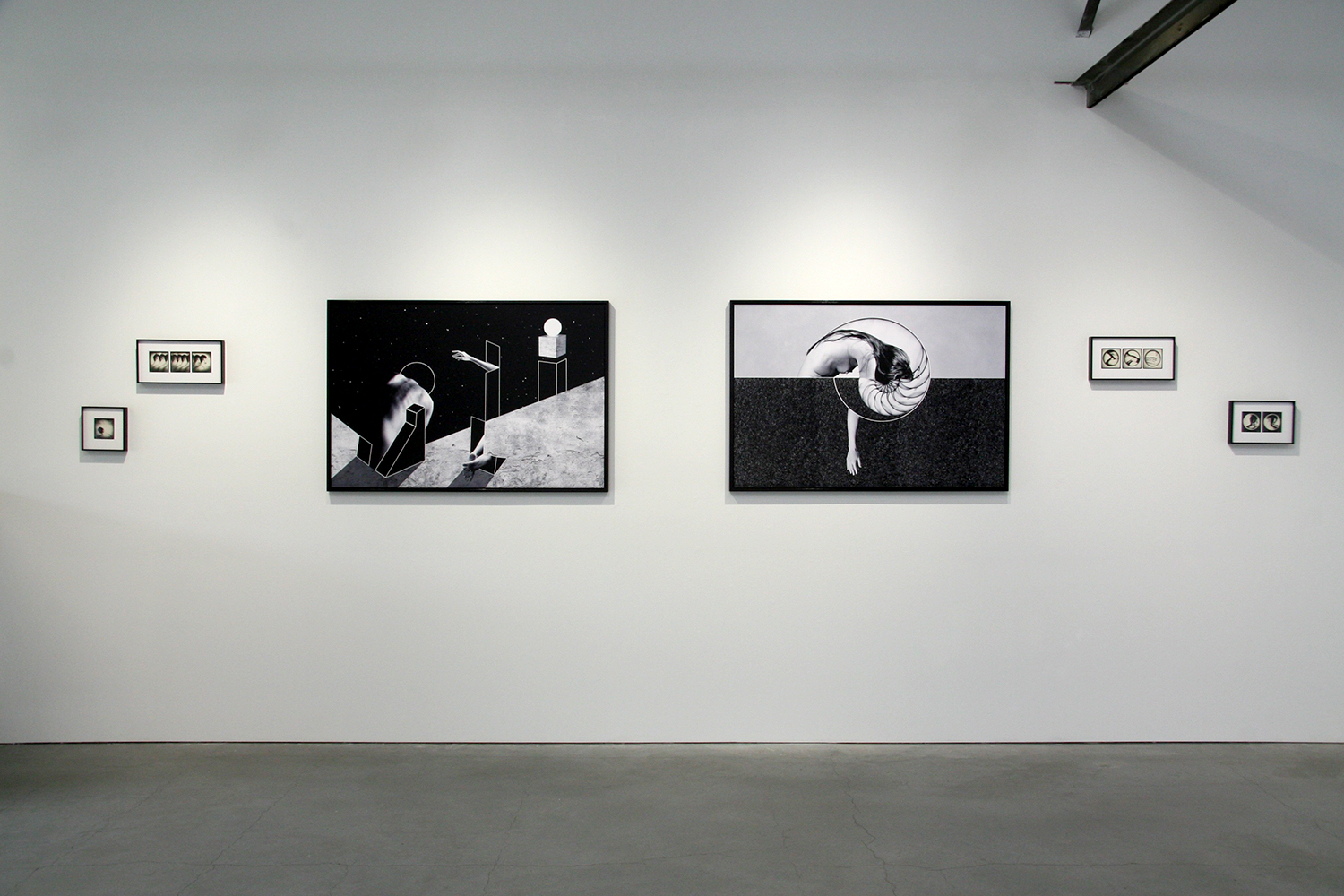 Camila Magrane is a multimedia artist originally from Caracas, Venezuela.  Having a father from the US and a mother from Venezuela, she grew up alternating between both countries.  Being fully exposed to two different cultures gave her a greater understanding of what it means to have various perspectives.  After graduating from film school in Caracas, she moved back to San Francisco to continue her studies in photography and visual storytelling.  Camila later moved on to work in the game industry as a cinematic artist.

Most recently, she has been exploring the involvement of technology and interactivity in art. This has driven her to obtain a Bachelor of Science in computer science with a concentration in game development.  She continues to hone her skills as a creative coder through the creation of interactive videos, installations, and games.​ Camila has been most noted for the creation of her augmented reality collages where she has established a postmodern aesthetic by combining traditional darkroom techniques with the use of digital tools.