Tine Bek: The Vulgarity of Being Three-Dimensional by Marisa LuccheseMarch 19, 2022 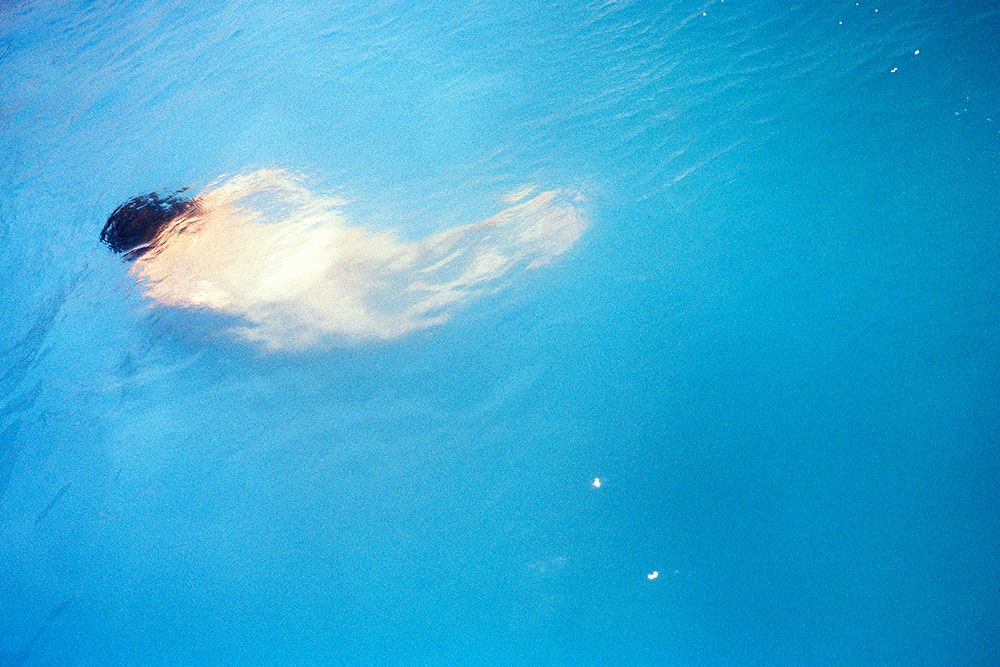 The title for Tine Bek ’s first book, The Vulgarity of Being Three-Dimensional, comes from a short story entitled “Carnival” by Danish author Karen Blixen in which one of the characters exclaims, “How terribly vulgar to be in three dimensions!” Bek fell in love with this quote, and it stuck with her as she worked on this project for the next several years. She began to contemplate: What happens when a 3D form is taken into a 2D space? What does it mean to have form? Her images mostly consider the banal, the trivial, the ordinary. But in doing so, she makes us question this hierarchy. Why is this thing ordinary while something else is extraordinary? And if it is so ordinary, why photograph it?

Photos are often used to capture moments, those which we wish to hold onto and never let go, those we wish to immortalize forever in our little frozen piece of time. There has to be something special to draw our attention to it, so once again: why these ordinary, everyday moments? Bek takes the moment to appreciate the beauty in these banal moments, something many of us do not do until they are no longer accessible to us. We ignore the fountain we walk by everyday because it is always there. We ignore the block of foam in our room because it is garbage, something not even worthy of our attention. We ignore the friends we see everyday because they are always there. Yet, what if these ordinary things are the most beautiful, the most important? Ultimately, nothing lasts. That fountain may be torn down or erode over time. That piece of foam that seems worthless will fade from existence just as any precious object in our possession. That person will move, or die, or the friendship will fade, and then we will miss their presence that was once a constant. As Bek says in her statement, “What if vulgar was not a bad thing at all, merely a removal of a mask?” We need to consider these banal moments as what they are: ephemeral. Because everything is.

Bek captures these objects and people in an image, but even they will pass as we desperately try to hold onto them. Photos cannot truly immortalize something; in their very essence, they flatten something 3D into the 2D space, transforming into something different from the original, simply a copy of what once was. We can look at this with melancholy, or we can do what Bek is imploring us to do with her images: consider me. Consider that fountain, that foam, that person. Because someday, they will no longer be there. But for now, they are. And they are beautiful. 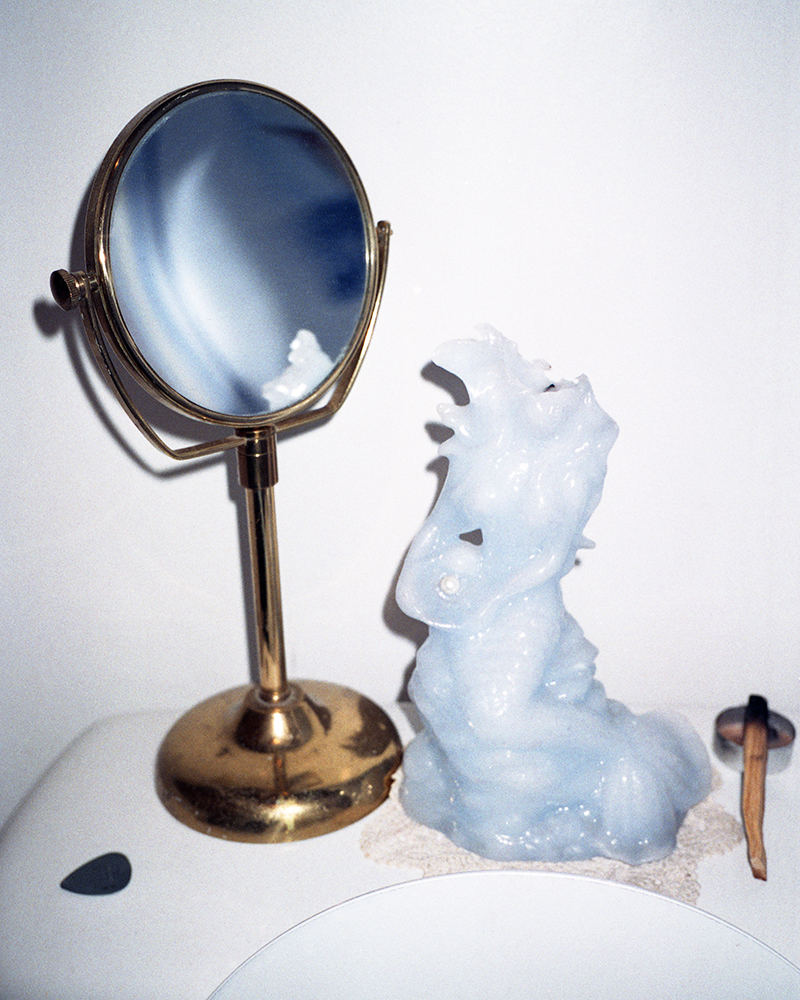 Tine Bek (born in 1988) is a Danish visual artist who works with video, photography and sculpture. She studied History before graduating from Fatamorgana – The Danish School of Art Photography and Glasgow School of Art, where she holds a Master degree in Fine Art Photography. Bek has exhibited in Denmark, UK, Norway, Lithuania, Germany and USA among others, and has participated in various international residencies including Palazzo Monti, Numeroventi, and Casa Balandra to name a few. Bek is represented in Madrid by Dust and Soul and in New York by Picture Room.

Bek lived in Glasgow from 2013-18 where she co founded the gallery 16 Nicholson Street alongside a series of self published books highlighting the works of emerging artists internationally, hereby shaping a conceptual hybrid, transgressing conversations about identity and universality, existentialism and particularism. Today Bek is based in Copenhagen. 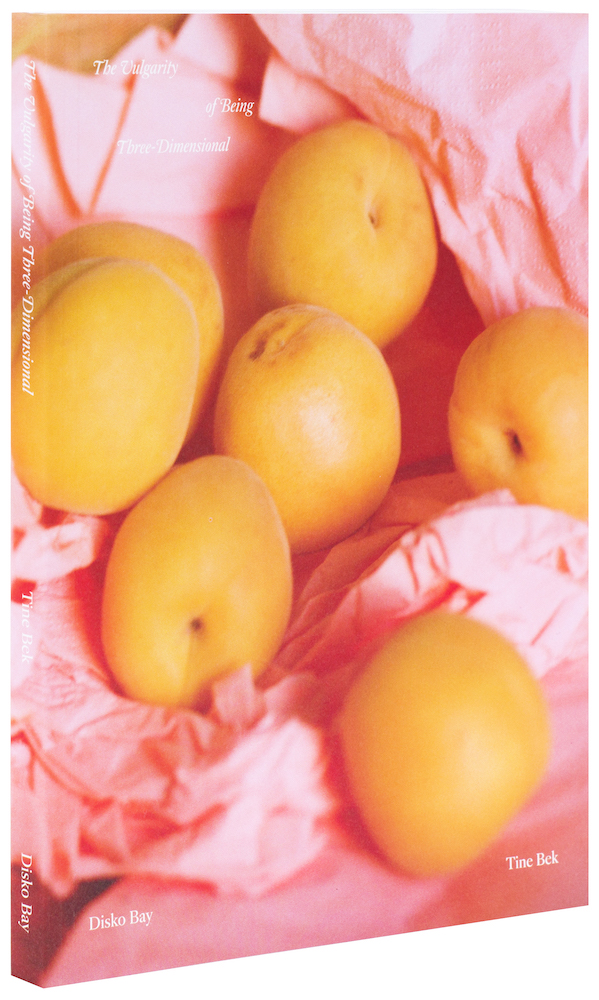 Cover for The Vulgarity of Being Three-Dimensional, published by Disko Bay

In 2022, her first book The Vulgarity of Being Three-Dimensional was published with Disko Bay. The book has been awarded with the Hasselblad Foundation’s Photo Book Grant 2021. 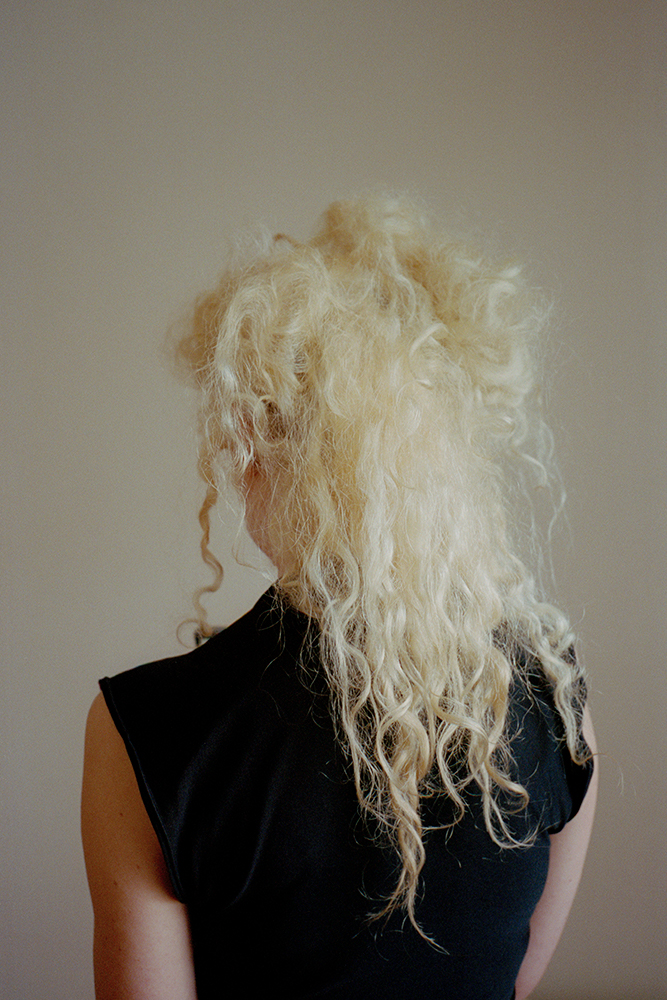 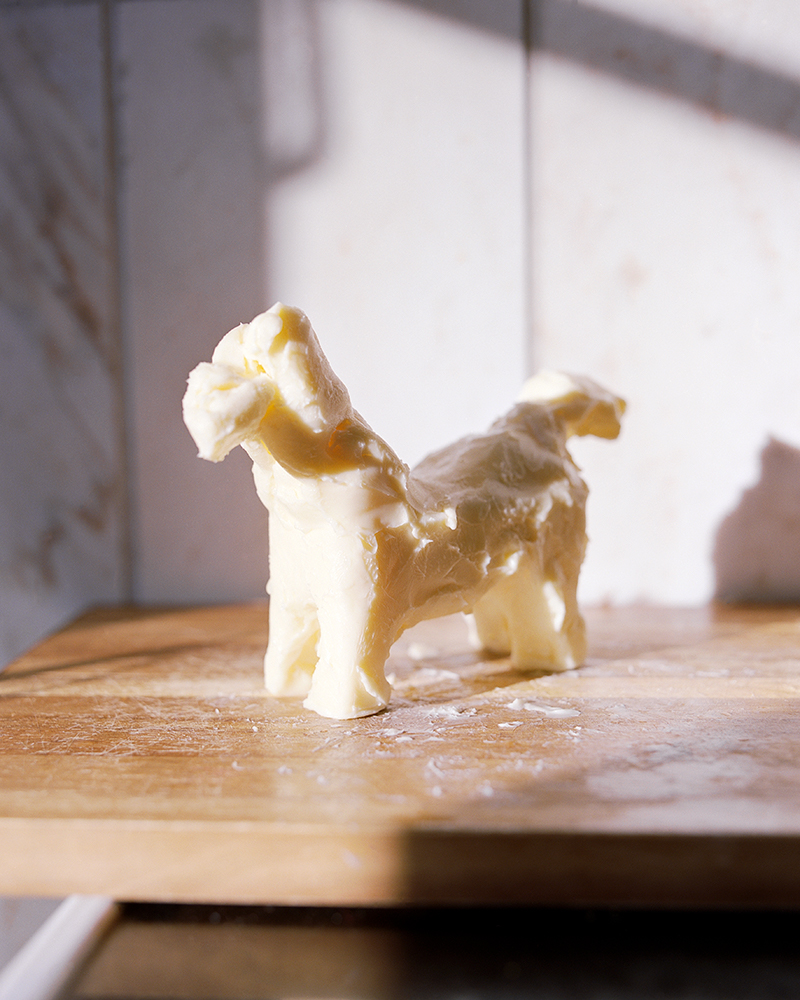 The Vulgarity of Being Three-Dimensional

In this series The Vulgarity of Being Three-Dimensional, I’m attempting to escape strict hierarchical structures through a series of aesthetic experiments. The book presents images of shapes that run over, flow, crumble and bulge out. An excess of uncontrolled forms that in the sculptural tradition have been dismissed as vulgar or possibly baroque.

The works take a closer look at our dependence on certain shapes and materials. This focuses on the temporary, and becomes an image of an urge to control and tame certain materials and bodies around us. The work explores ideas about form and function in connection with the photographed image. What happens to the object when it is photographed, and which has the most power, the image of the subject or the subject itself?

The photographic project is a mix of still life, other found forms and created sculptural forms photographed. Fruit, material, fabric and figures are brought together and changed by subtle shades of colour. My photography tends to seem uneasy, as if something might go wrong. The images impose a sense of discomfort, little cracks beneath the surface. It is through these minutiae ruptures in the surfaces she exposes that a material hierarchy forms – is marble better than foam? 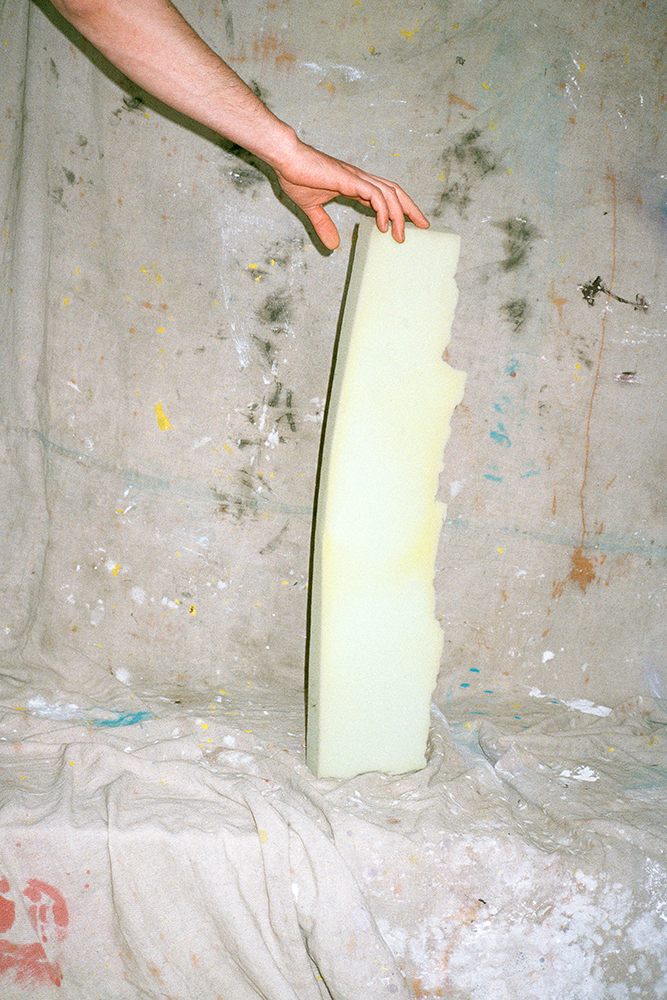 “Vulgarity, from the Latin term vulgus, was the term for common people, an insinuation of the ordinary. We consider the vulgar to be crude, below our station, brash, crass, rough – terms that are charged with ill interest, with gall, with remorse. What if vulgar was not a bad thing at all, merely a removal of a mask. The slipperiness of expectation slinking away? 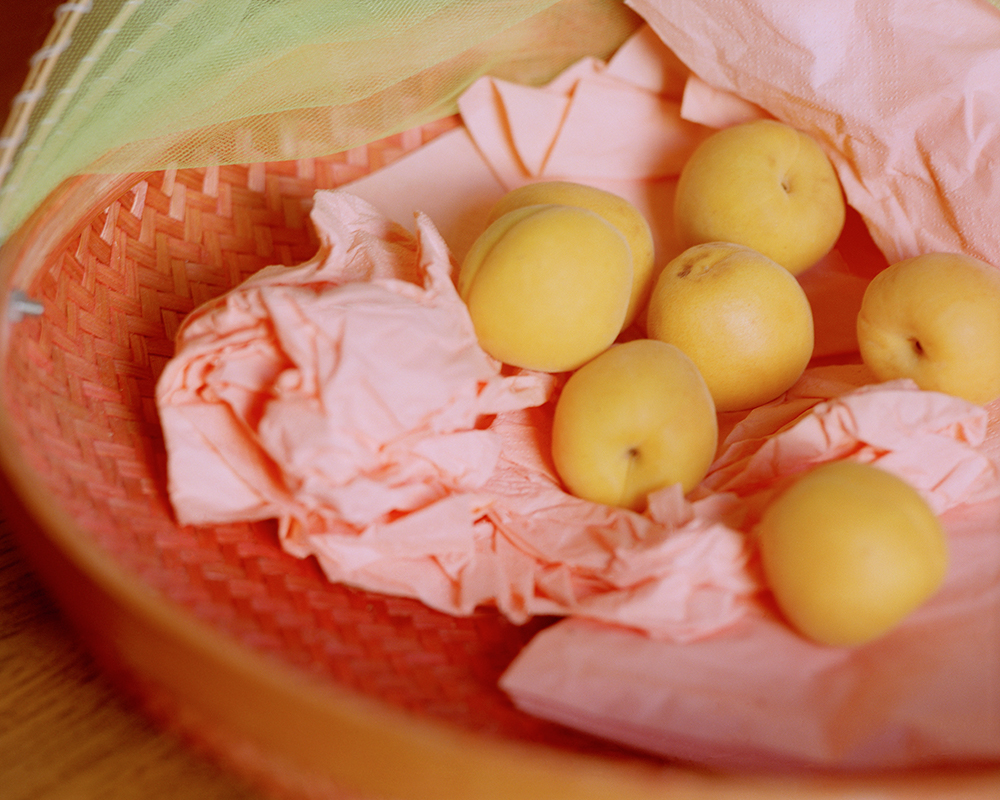 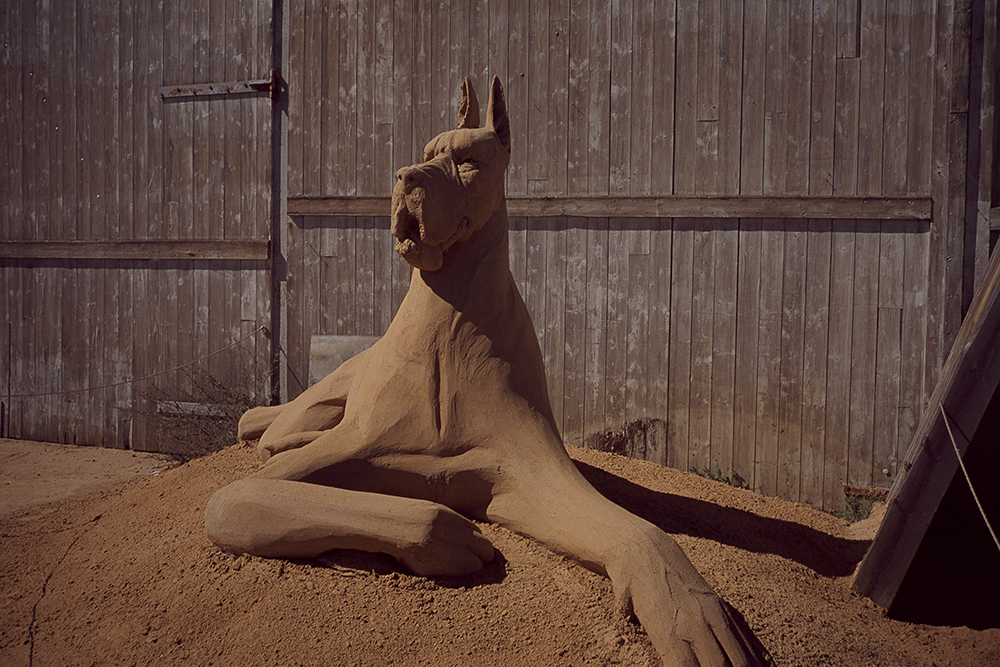 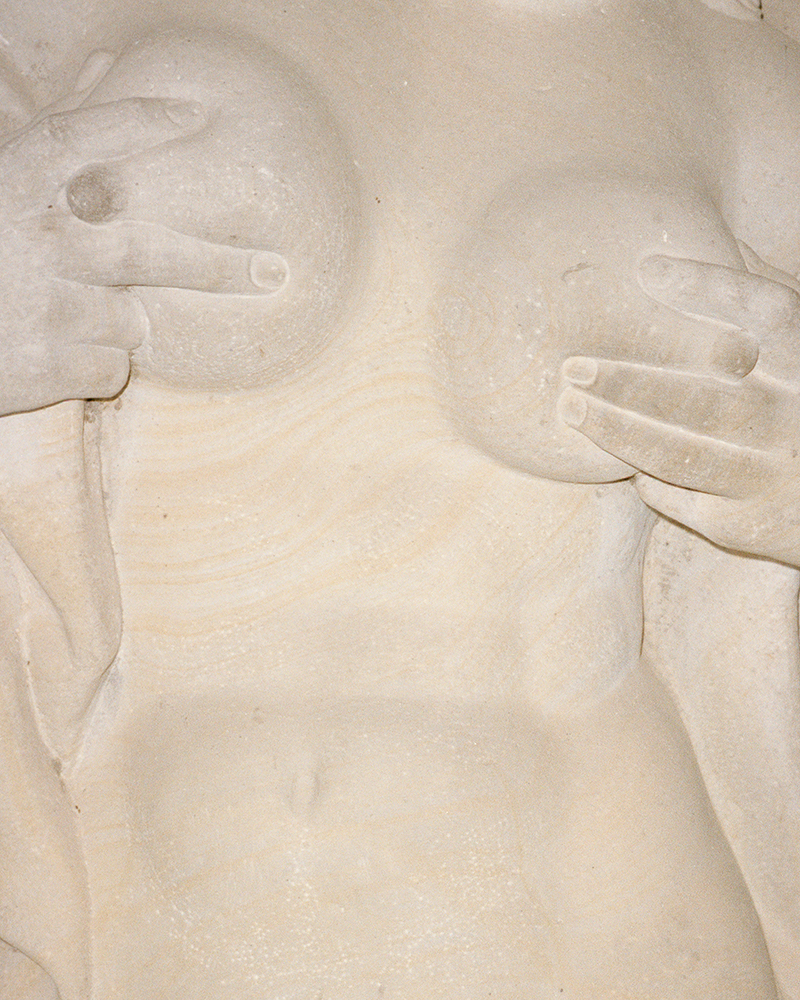 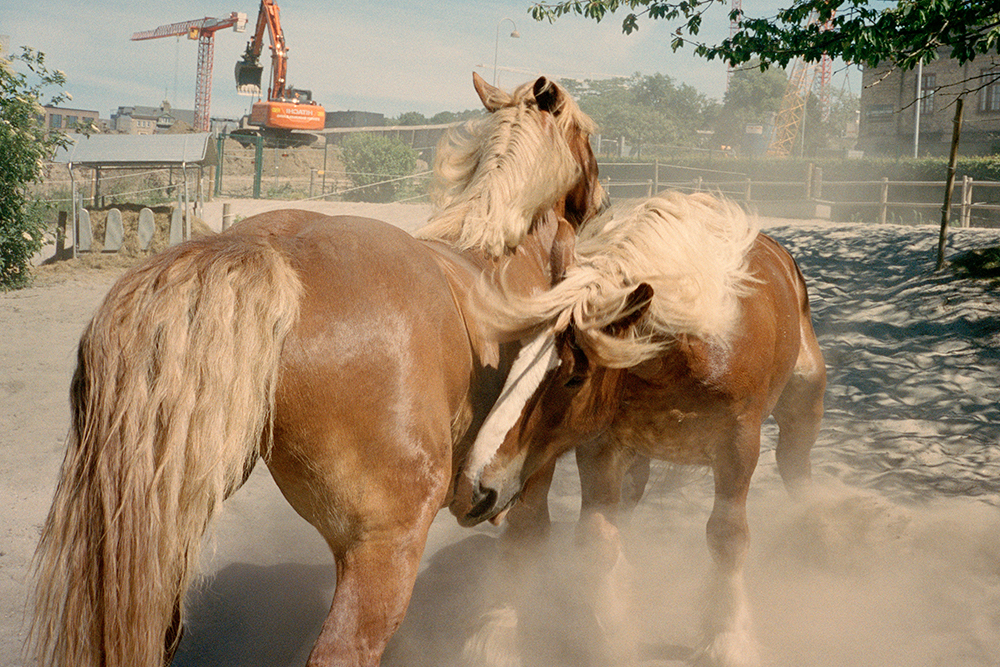 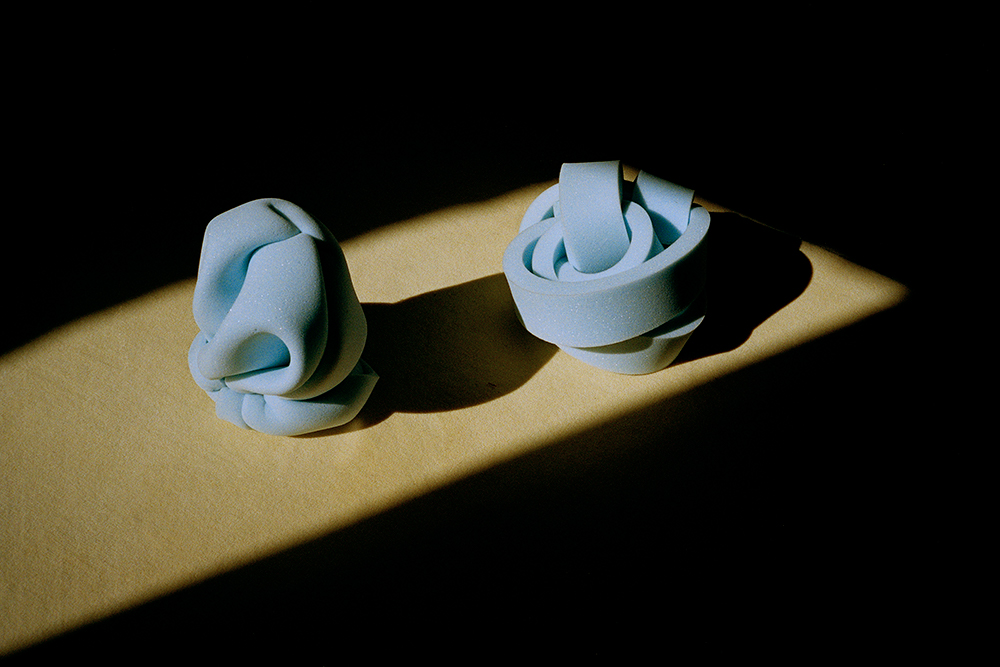 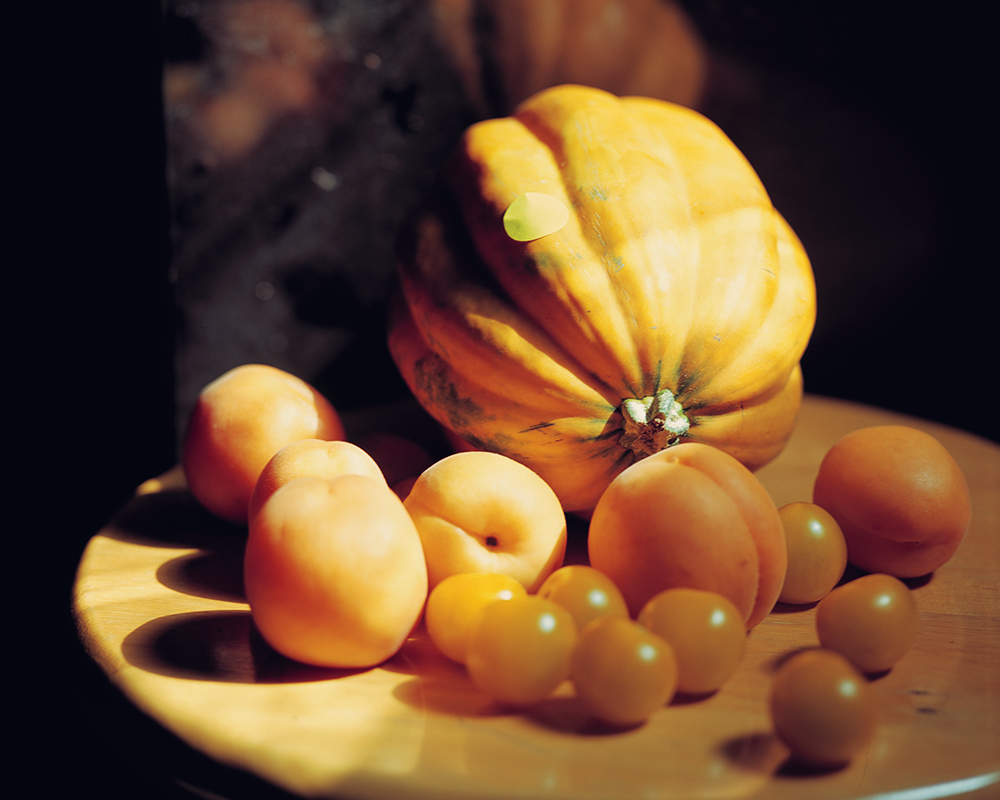