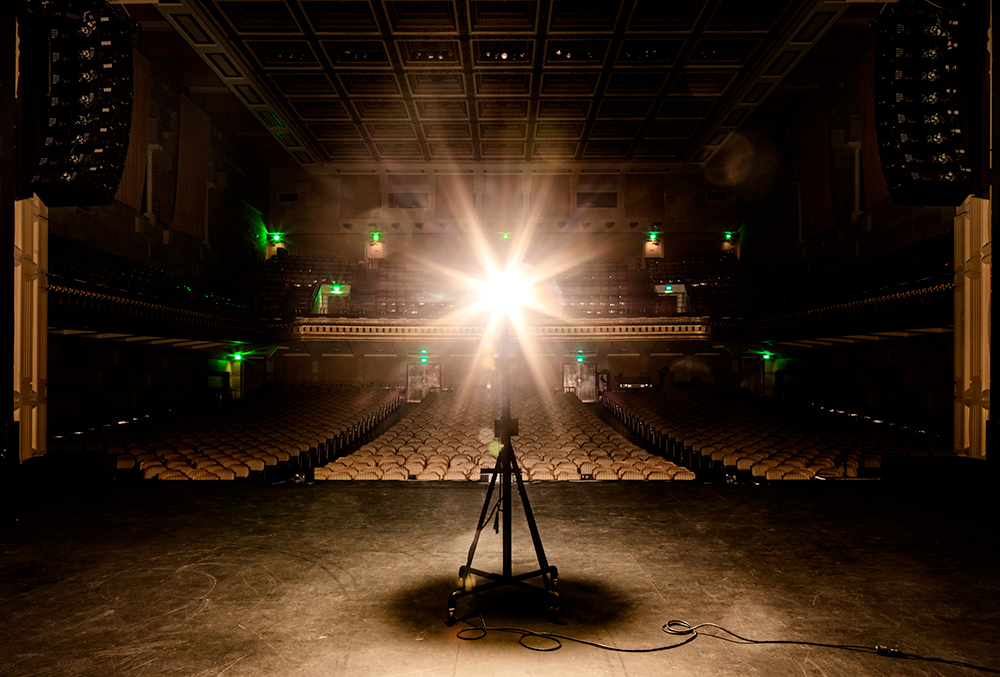 There was a rare opportunity at this time to enter into these interior spaces, large and small; capture them and show what had been lost and how we might return.

Photographer Sarah Jane Boyers has just released a new book, The Ghostlight Project. The project included in the book was created during the pandemic, when life came to a standstill and we pulled away from normal activities. As we know, theaters went dark during the pandemic. “No live music, drama, poetry, humor, nor dance. No gatherings. They were silent and so were we.” Boyers began to photograph the theaters in Southern California as a way to document this unique time in history. She has created a fundraiser to support these institutions, as she states below:

For the Fundraiser only and only for a limited period – April 1st through May 15th, 2022 – all prints, while exhibition quality, will be offered in an unlimited edition at prices significantly lower than my usual exhibition pricing and sizing. The related book will be offered below cost.

The 15 theaters photographed for this project shall share equally in the net profits from this fundraiser. I shall take no profit and I am self-funding the costs. All funds to the theatres will be distributed at the close of the fundraiser and prints and books delivered as specified below:

Each Ghostlight Project signed print is 11×14 inches, printed on fine art archival papers and fundraiser priced at $125.00 (+tax & shipping). All prints to be printed & delivered soon after the fundraiser close.

The Ghostlight Project book will be available for purchase at $65.00 (+tax & shipping). Note that the book orders will also be made at the fundraiser close but there is the possibility of supply chain delays in production, primarily in paper, and orders may not be fulfilled for a month or so. All prints to be printed & delivered within a couple of weeks after their order during and after the fundraiser. 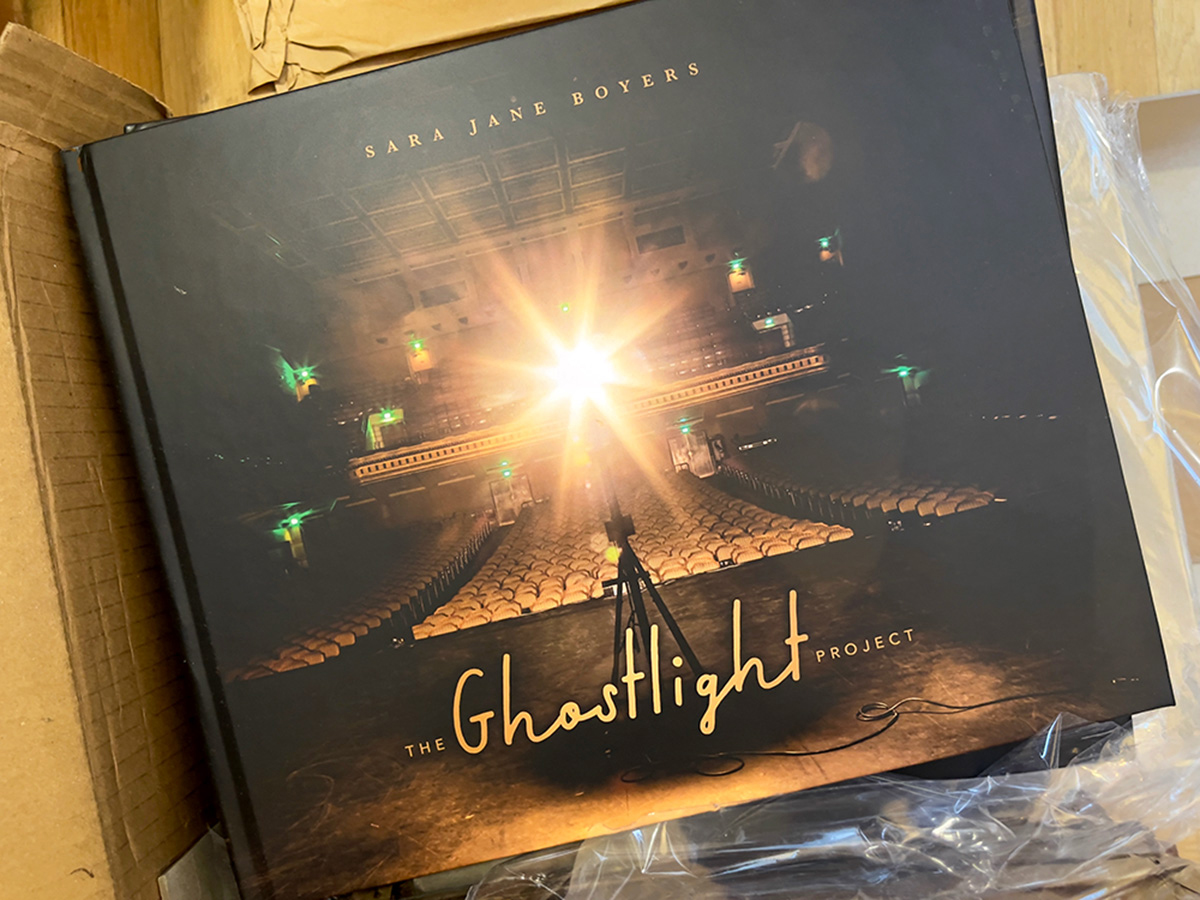 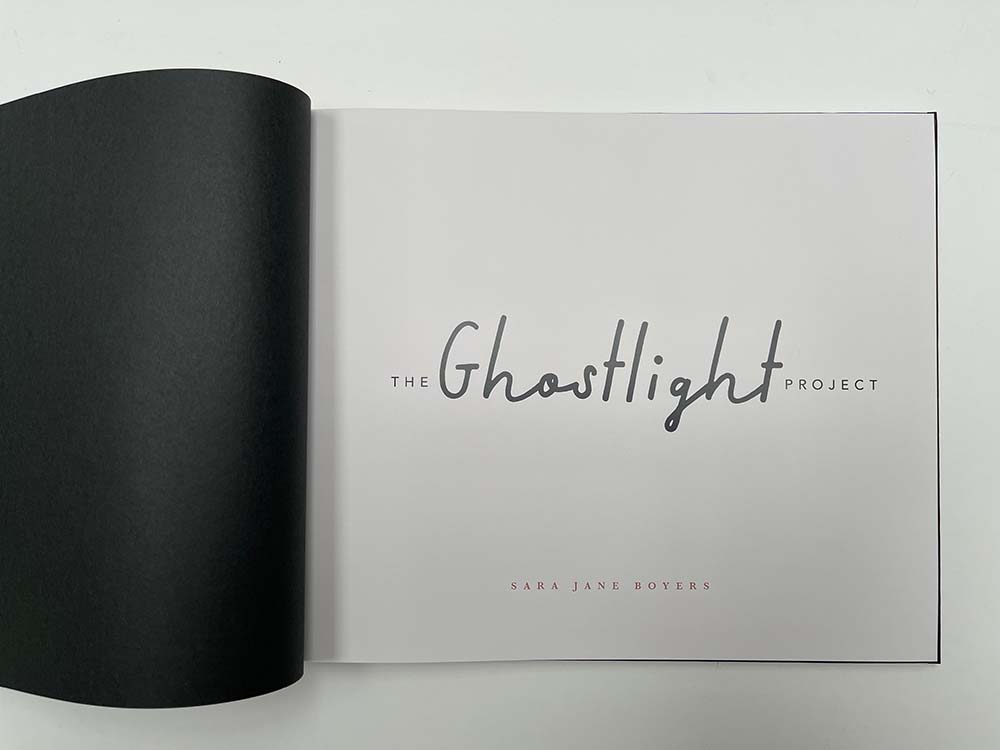 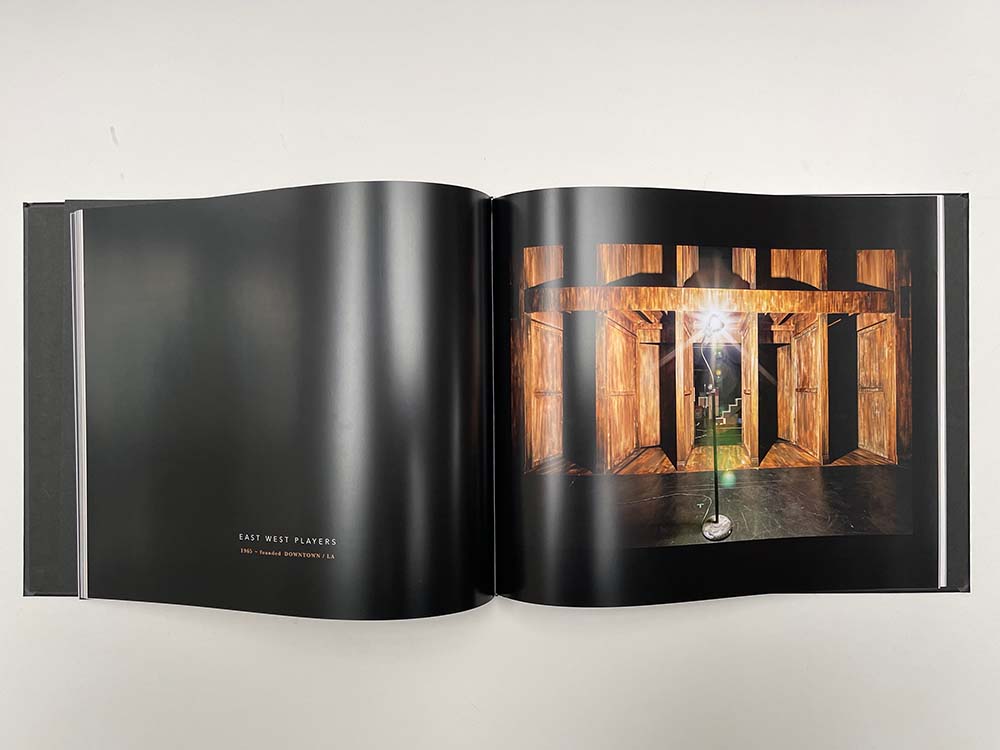 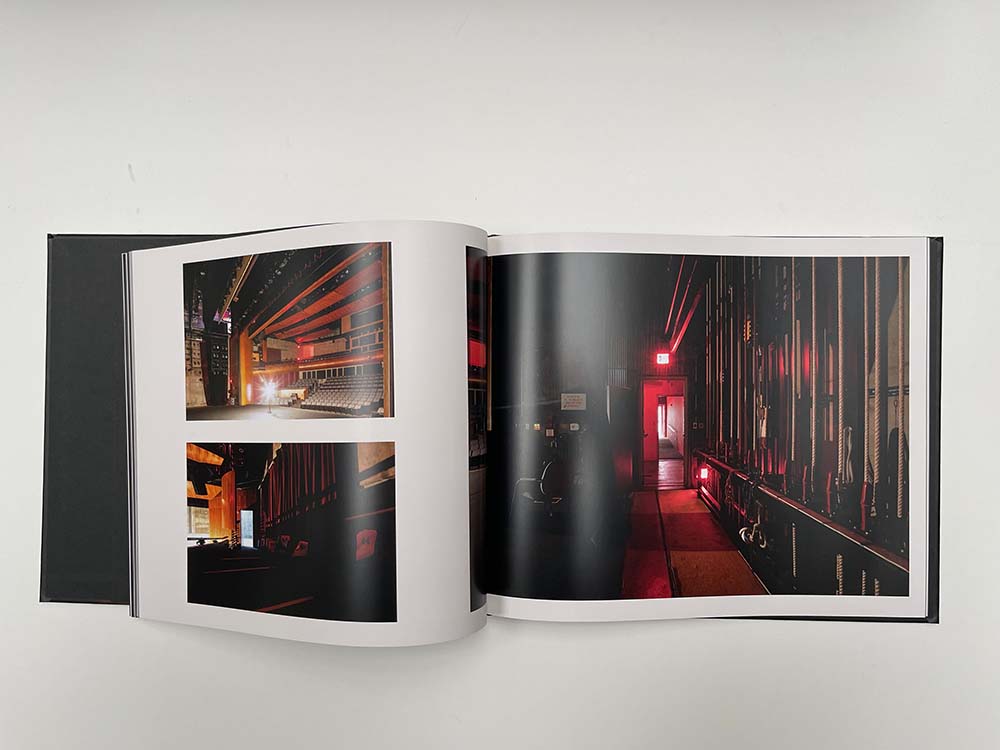 After successful careers in music and publishing, Los Angeles-based Sara Jane Boyers returned to a serious focus on her photography. Her interest is the American story. Influenced by her fine art background and interest in social structure, she searches for presence and social meaning in everyday perspectives.

Detroit:Deinition, Boyers’s long-term project on the city of her birth, has been exhibited internationally including the US Pavilion at the Venice Biennale/Architecture2016; and at the 3rd Annual Exhibition of Industrial Photography in Shenyang/Beizhan PRC. Other projects include Finding Chinatown: An American Story, a two-decade exploration of the US & Canadian Chinatowns; Gridlock, photographs shot from the driver’s seat while stuck in traffic; and Go Fly a Kite: Saturdays at the Beach with Tyrus Wong. Her work is in public and private collections worldwide.

In her current exploration, The Ghostlight Project, Boyers captures dramatic and live performance space to highlight Southern California’s theaters as they sit in darkness, shrinking from Covid’s financial devastation and traditionally guarded by their unblinking sentinel, the ghost light. By creating a fundraiser for the participating venues through sales of a related book and prints, Boyers hopes to bring attention to these institutions that inspire creative conversation, critical thinking and change.

As an author/editor, Boyers’ first book, Life Doesn’t Frighten Me, the award-winning pairing of Jean-Michel Basquiat’s expressive artwork with a stirring 1978 poem by Maya Angelou, conceived and designed by Boyers, was recently released by Abrams Books in an updated 25th Anniversary Edition. Her photographic work has been published in the New York Times, the Wall Street Journal and other national periodicals and books. The Ghostlight Project book represents the first time her work has been self-published, a new adventure. 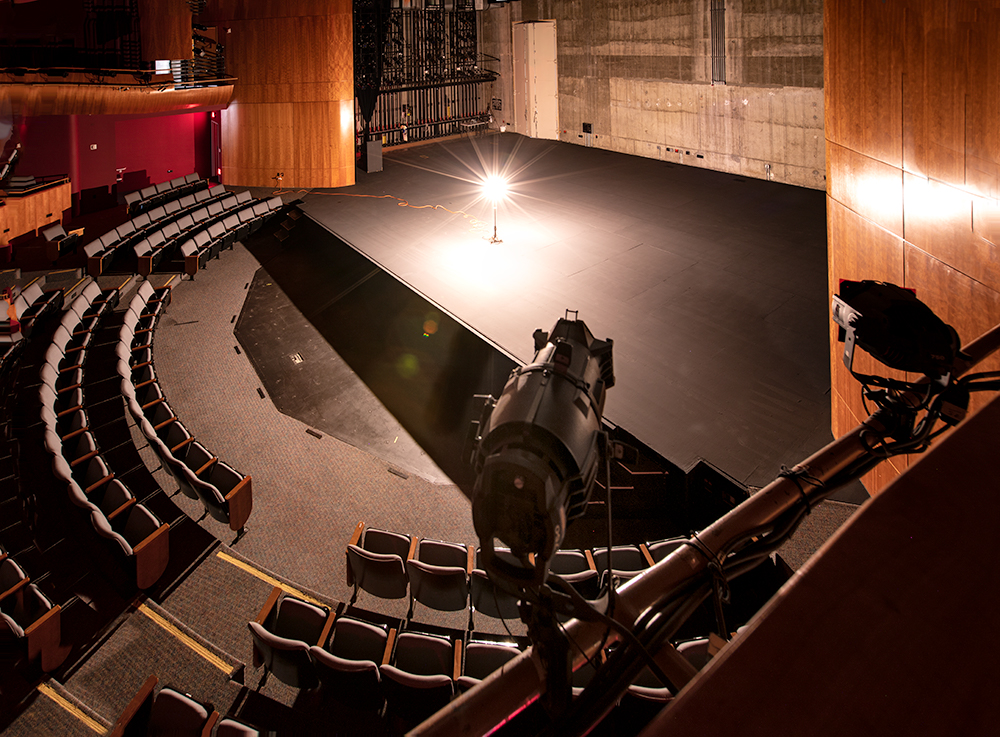 All the world’s a stage, and all the men and women merely players. They have their exits and their entrances; And one man in his time plays many parts. –  William Shakespeare  (As You Like It, Act II, Scene VII)

Near the beach in Los Angeles where I was raised, I am wrapped in the gray morning fog of coastal California. Like so many of the California artists who inspire me, my photographic vision is fueled by this marine filter where the edge is not so specifically defined and where I find what I search for as an artist: seemingly empty spaces/moments that form a narrative of past, present and possibly, the future that entices us in.  The stories  are there.

Although I work in a semi-documentary vein, there are times when viewers refer to my  imagery and approach to lighting as if it were a stage, awaiting the next act.  In The Ghostlight Project, a pandemic response, the subject is in fact live performance stages suddenly sitting in unplanned stillness, sleeping beauties of their time with dreams of past performances and hints of future potential. However, ”When?”  was the question as those who inhabit the set and those in their audience were ripped apart; the stories remaining untold. Our centuries long lifeline to human interaction started to untwine, not only in traditional drama but in our everyday lives. 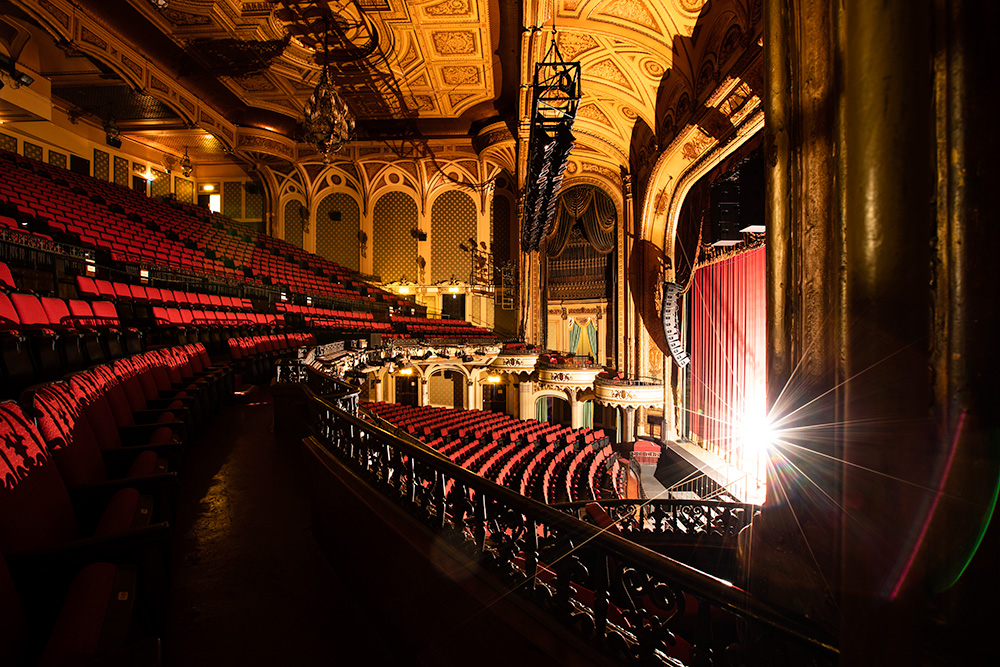 Entering a theater opens a house of many rooms and histories whose inhabitants perform in many guises. During the pandemic the theaters had become a metaphor as we too explored our own suspension, full of eagerness to move forward but battling too often in the dark. I wanted to capture the moment by finding these quiet places and, because there are so many, show that dramatic engagement is universal to all cultures; that it is a shared experience; and that theatrical space is meaningful to humanity. I wanted to ensure that the theaters will continue to be there for our future.

There was a rare opportunity at this time to enter into these interior spaces, large and small; capture them and show what had been lost and how we might return. I worked  in long exposure with my cameras on tripod. Except for required safety/exit lights, the sole interior lighting was by a traditional ghost light, often a bare bulb on a wired pipe stand turned on when the theater locks up for the night. I worked in the dark, closed in and alone. Often there was little personnel to even open the doors. Throughout, the ghost lit interiors of my exploration exposed it all. 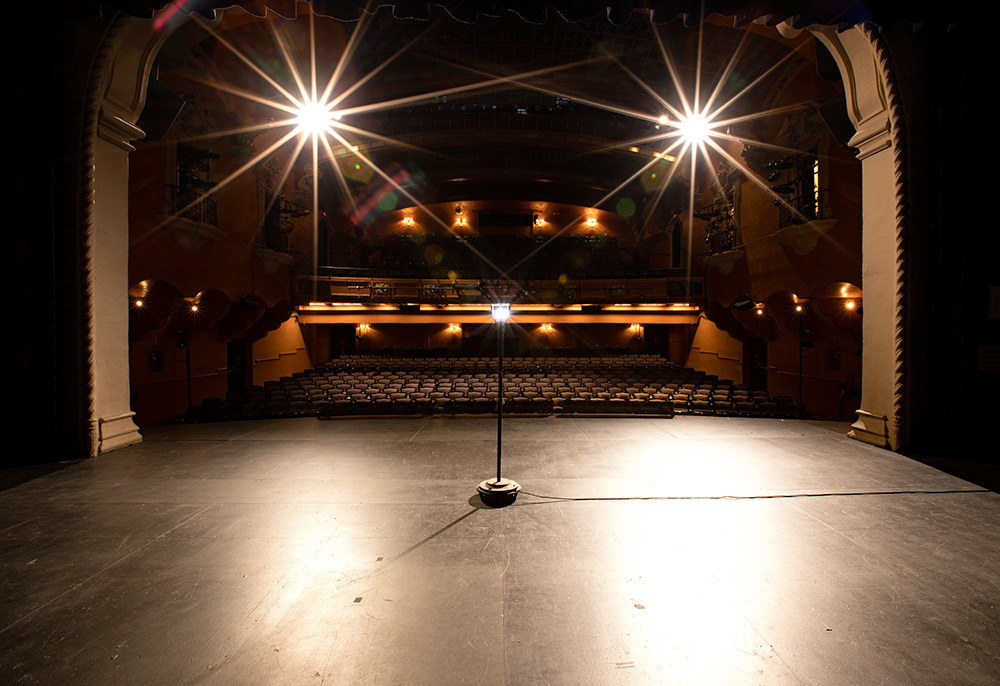 While many theaters are tentatively reopening, there remains the real need to acknowledge the financial and human dramas that continue to plague them, not only those in the Southern California region in which I photographed. Thus, initially I have created an online exhibition and fundraiser comprised of print and related book sales from The Ghostlight Project  to specifically benefit the fifteen theatres photographed and from which I will take no profit. For theaters in general, I hope to bring additional attention not only to their survival but also to encourage further discussion of what performance means to us now, continuing the many online discussions during the pandemic about matters of diversity, inclusion and deeper experience in today’s world.  We must gather.  We must go on.

The Ghostlight Project Online Fundraiser: is online at www.theghostlightproject.net, two years to the day that California stopped all public gatherings. Specifics to be available soon. 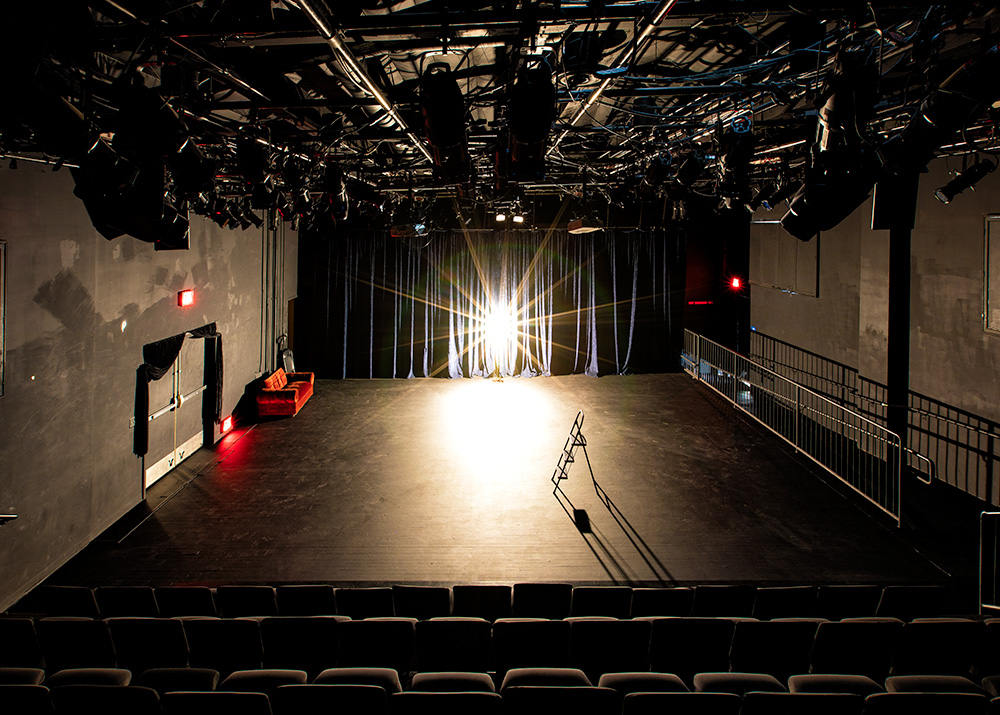 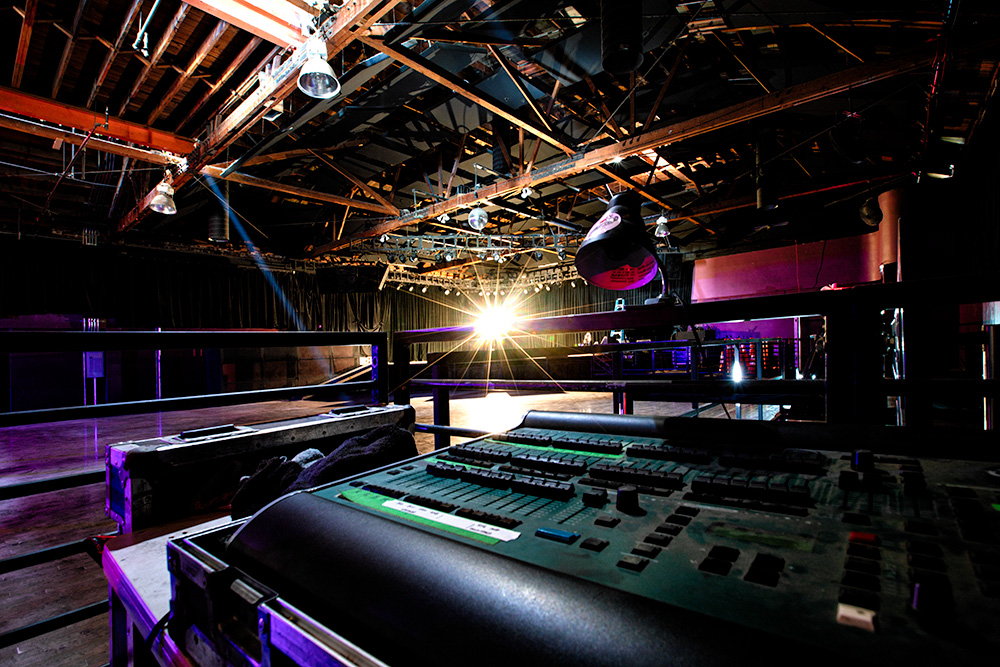 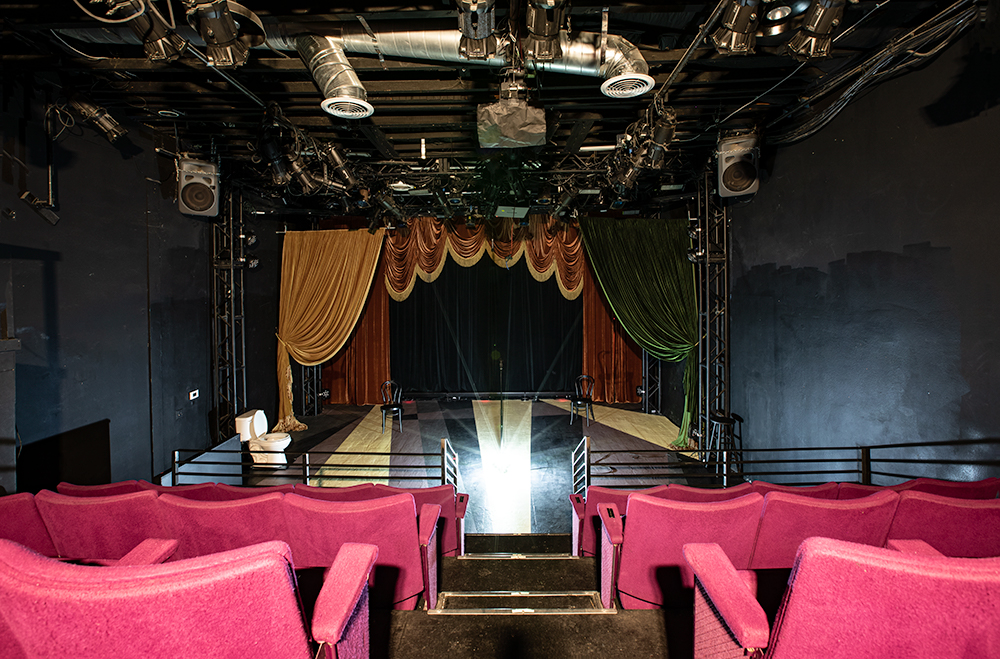 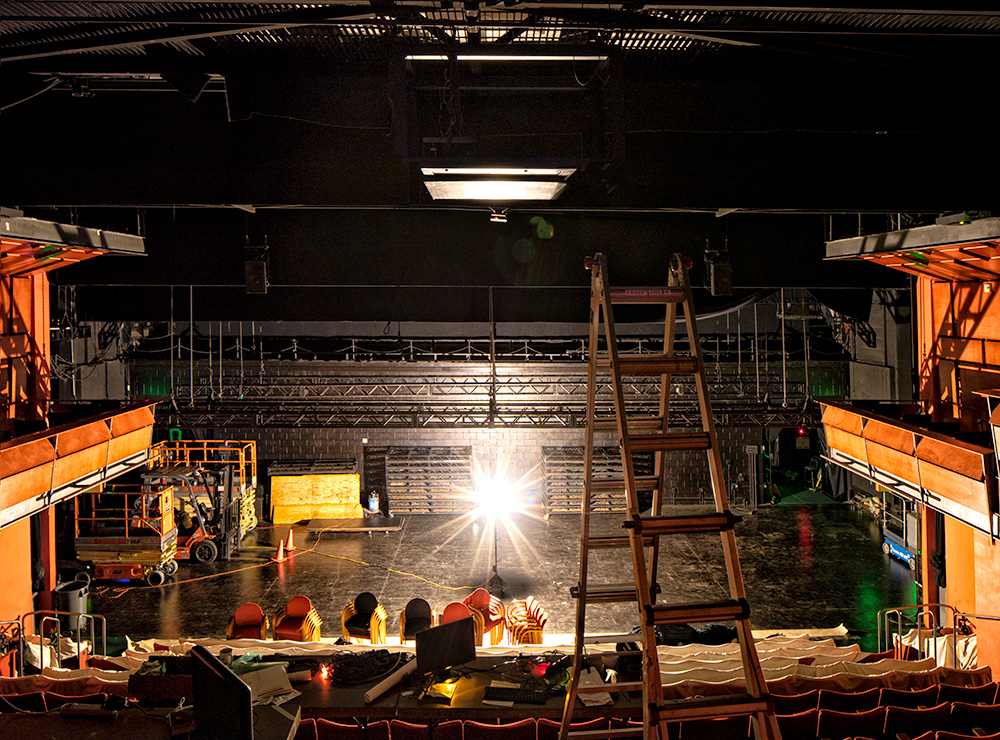 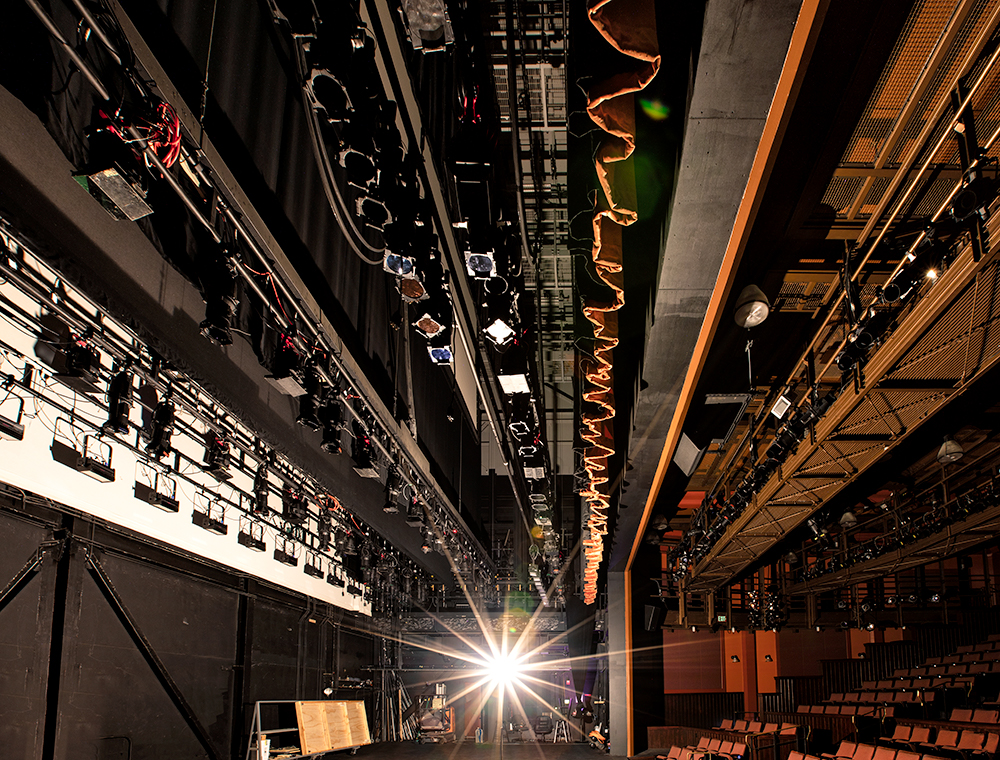 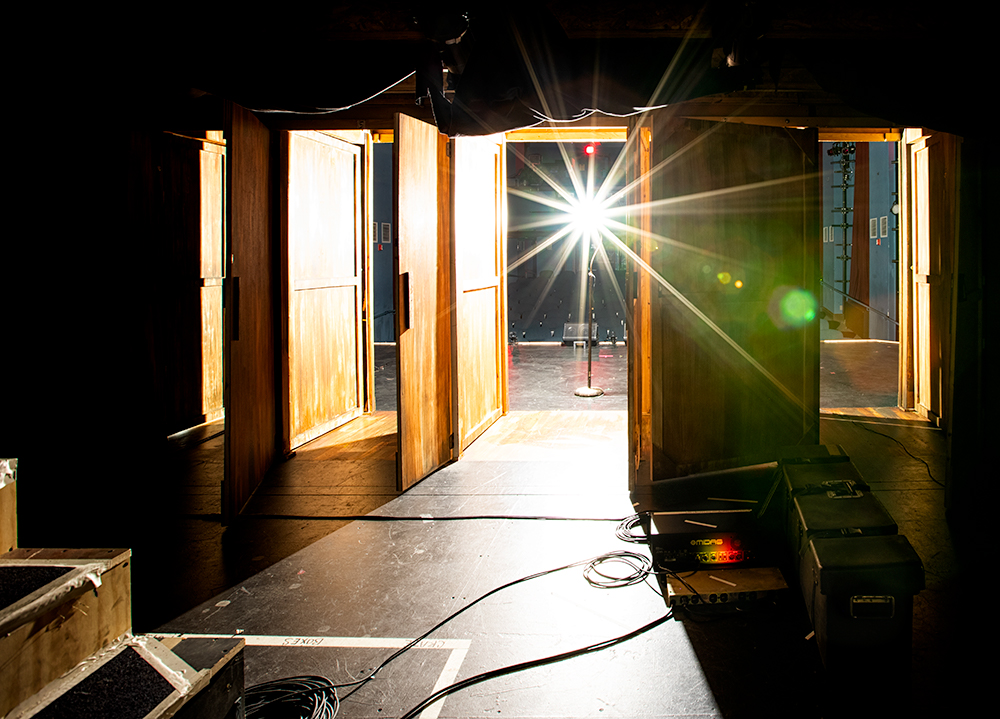 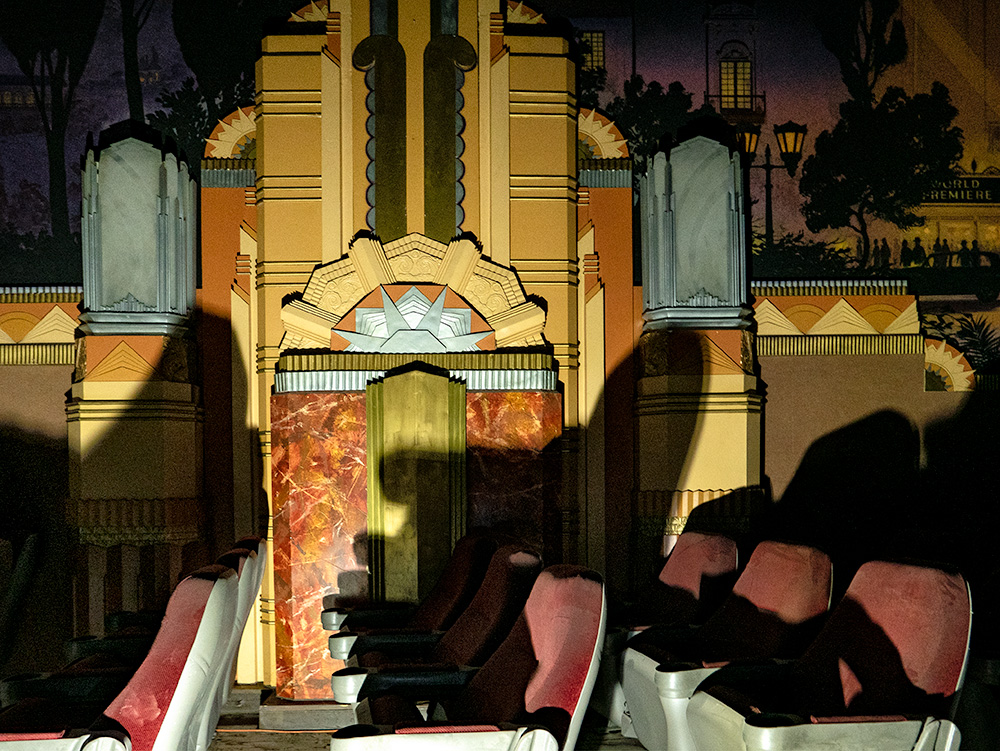 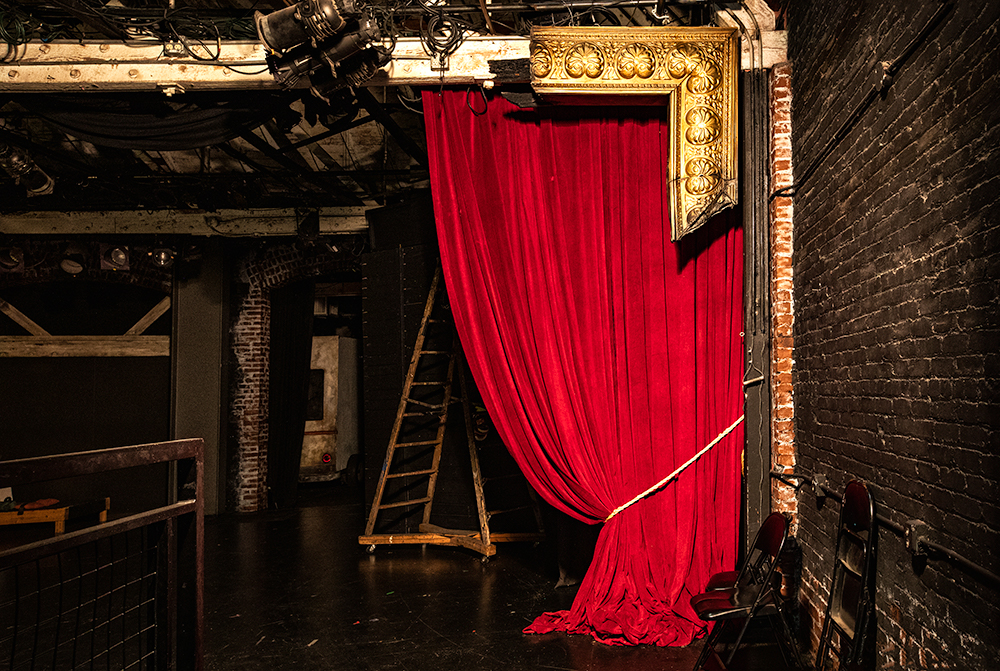 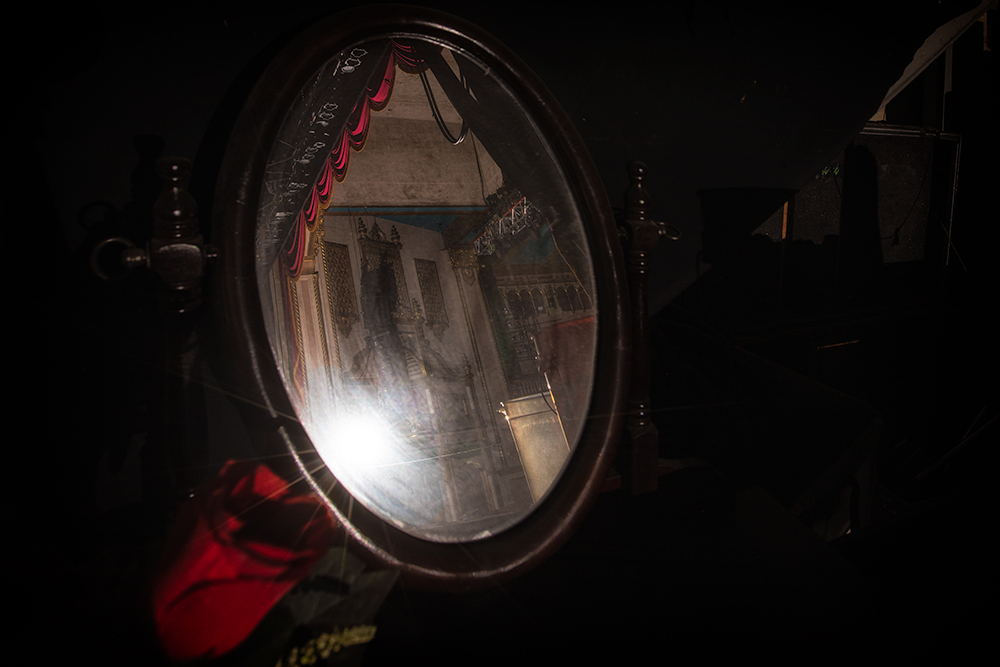 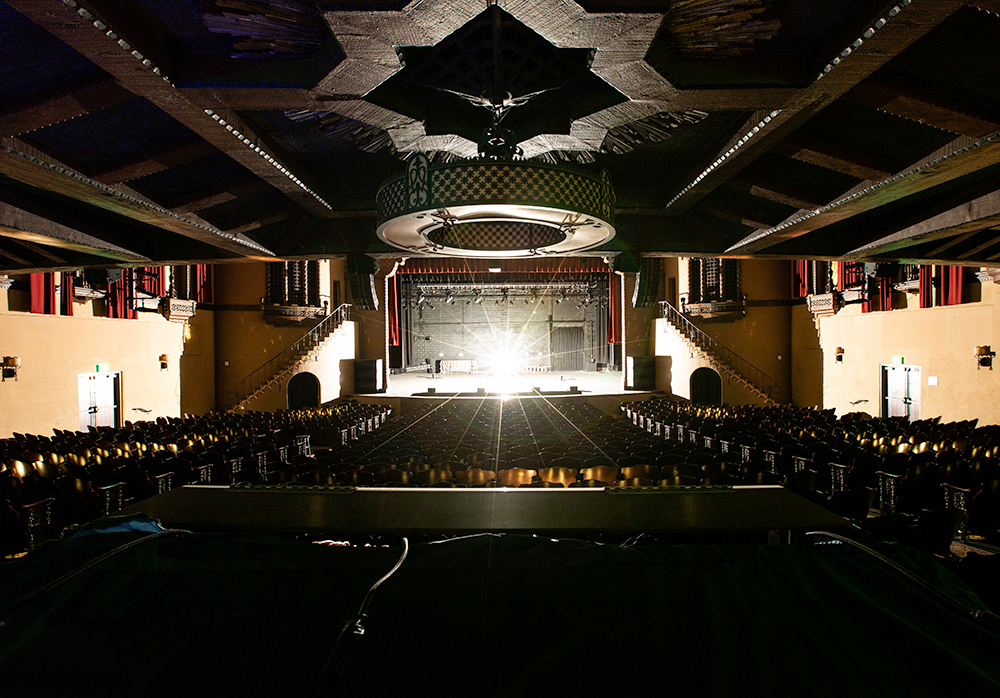 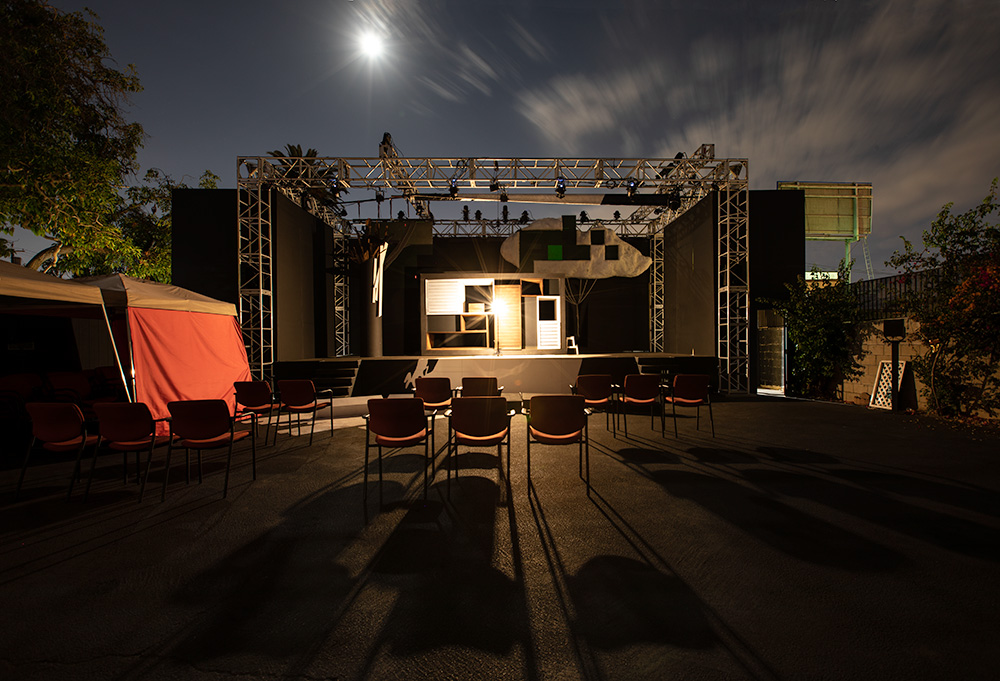 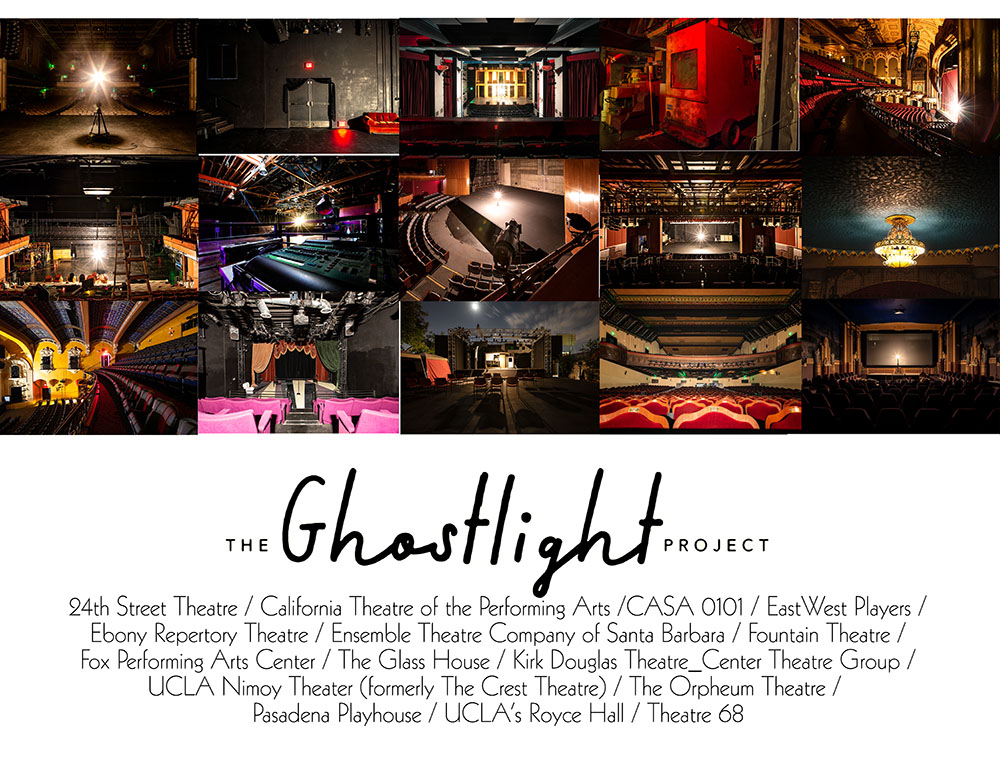