The Curated Fridge: Amy Burke: Whisper Down the Alley by Aline SmithsonAugust 31, 2022 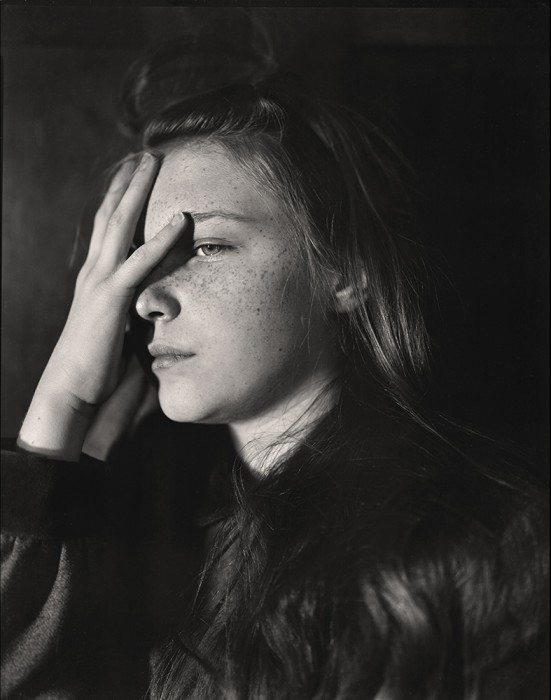 ©Amy Burke, Portrait of Evalyn on Her 11th Birthday

Amy Burke’s compelling portrait of Evalyn on Her 11th Birthday was the image that I selected  for The Curated Fridge Exhibition. The quality of this portrait–the light, the subject deep in thought with her hand covering her face in such a gentle way-made me want to see more of Burke’s photographs. Burke uses antique cameras and historical processes to create work that speaks to the past but celebrates the every day. Her project, Whisper Down the Alley, allows her to be a participant observer, documenting childhood and those stretched out days of imagination and play.

Amy Burke is a Pennsylvania based artist working in analog photography. Her work is influenced by memory, storytelling, and play. Amy earned her BA in Photography from the Pennsylvania State University, and an MFA in Costume Design from the California Institute of the Arts. Within the past year, she has had her first solo show, titled “Home” at Muhlenberg College in Allentown, PA; was awarded First place at Bethlehem, PA’s 2021 InVision Photo Festival for her piece “Juliette Sleeping;” and received numerous category wins and honorable mentions in the 18th Julia Margaret Cameron awards. Her work has been exhibited in museums and galleries nationally, and will be shown internationally for the first time at the FotoNostrum Gallery’s upcoming October 2022 show, highlighting the Julia Margaret Cameron Awards.

Amy has channeled her love of history into working with antique photographic equipment and processes, and feels great pride in the fact that her children understand the differences between film, dry plate, and wet plate collodion. Most of her ideas are planned, photographed, and printed within the boundaries of her home. 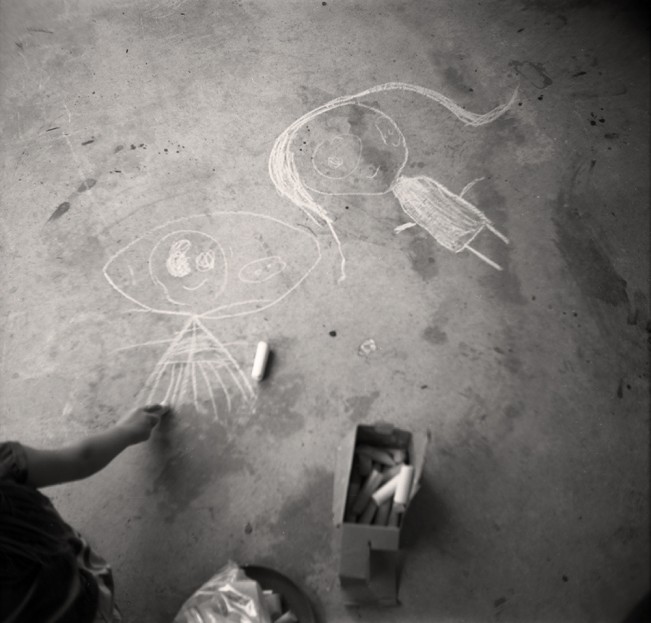 Whisper Down the Alley

As a child, my sister and I played dress-up, staged, and shot scenes with the family Polaroid camera. I’ve carried this style of play into my current body of work. Object or location initially influence my photographs. I take inspiration from personal memories, from stories I overheard as a child, from “what if” moments, and from the desire to visually communicate with someone. Characters are built based off of these moments, and my children are cast in their roles. Accidents are invited into my practice by shooting with old cameras, some of which have light leaks; or by using historical photographic techniques, such as wet plate collodion, dry plate, and film. Working with antique equipment and techniques breaks my tendency towards perfectionism, and gives my work an expressive painterly quality. It also forces the children, and myself, to slow down and exist in a quieter space- a space that is both past and present.

Recently I have been thinking more carefully about this process. My photographic tendencies have always been slanted towards working intuitively. However, the creation of the setting in which I photograph is quite planned. I have realized that the act of staging a scene, making or sourcing clothing, finding specific props and creating an overall mood are just as important to me as are the final photographs. I too am interacting with the set. I get to walk around in this new imagination/memory fueled time zone. It needs to feel real for both myself and my daughters. My children are not actors, but they are being asked to interact with memories, or stories that are not their own. Many times, after the shoot, they ask if they can continue playing in the set. These stories start out as dusty memories, get turned into a living series of documented moments, and continue into the creation of new memories. For me, it feels like a form of time travel. 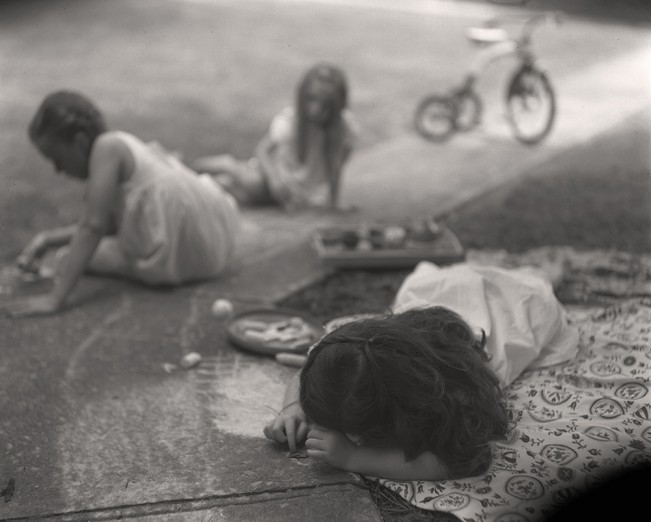 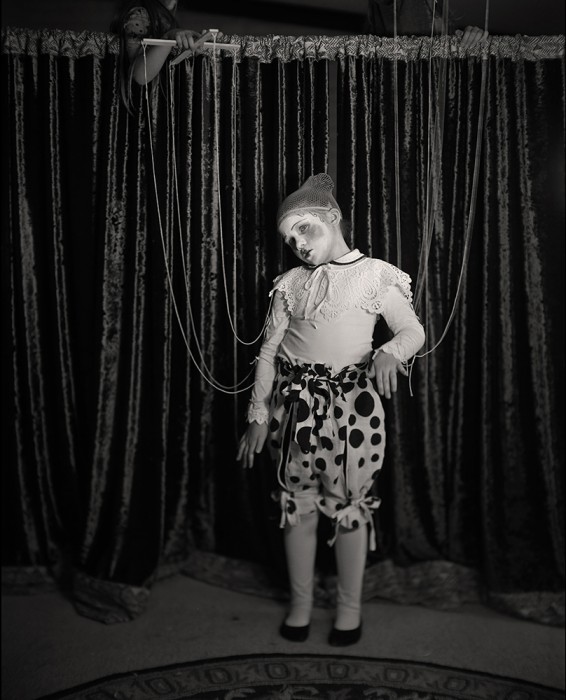 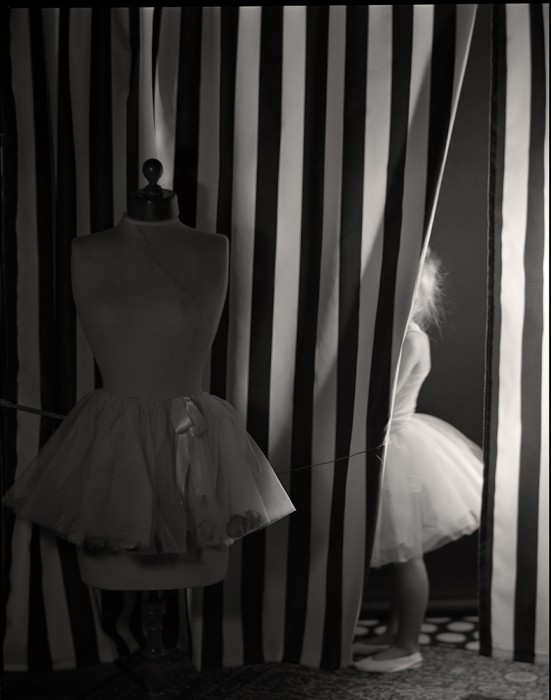 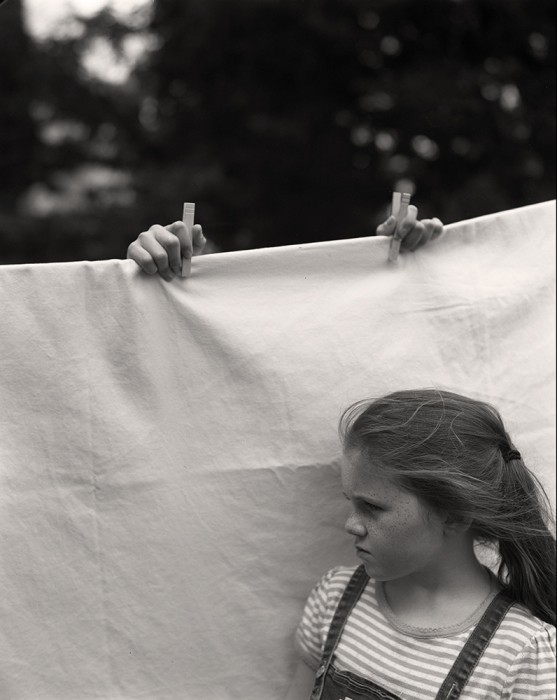 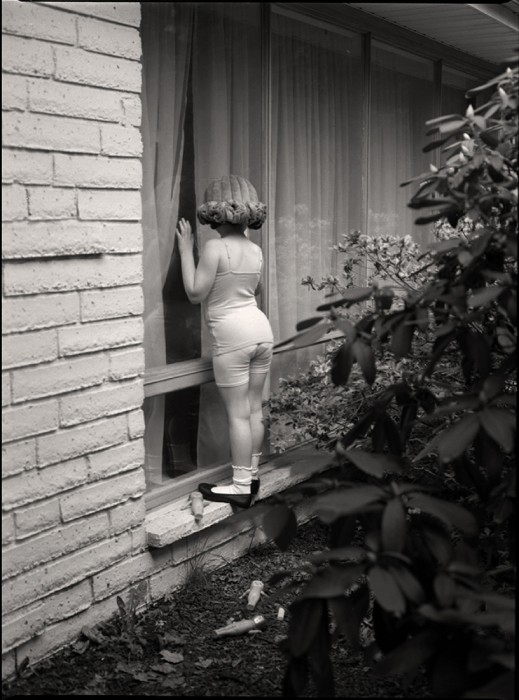 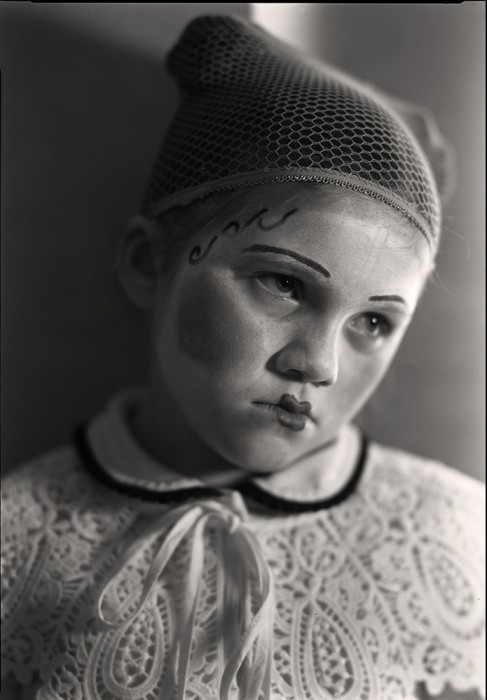 ©Amy Burke, Portrait of Juliette as a Marionette 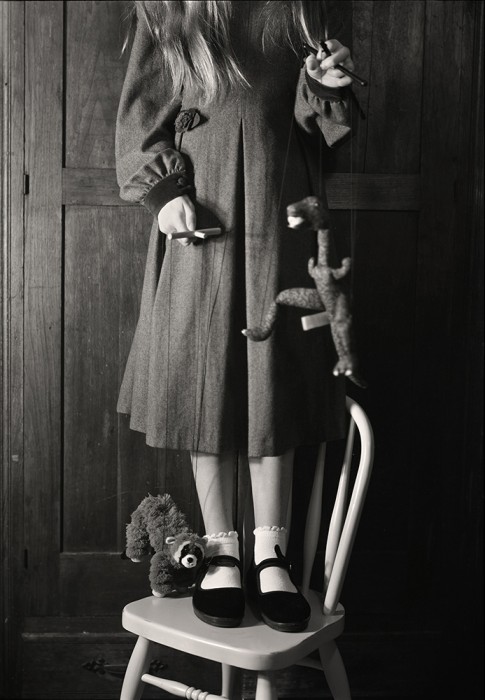 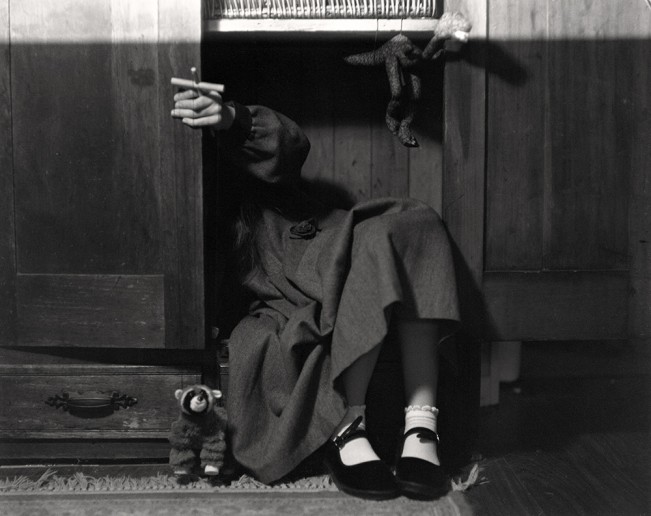 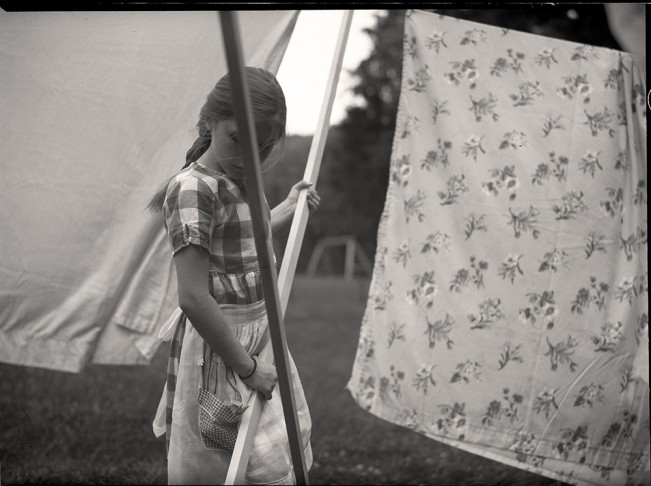 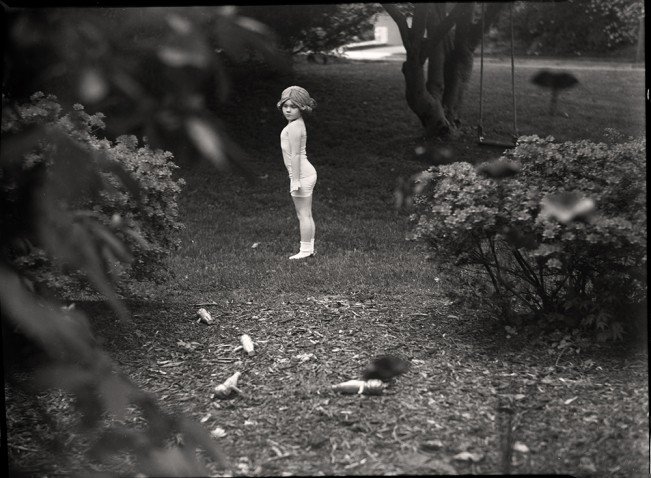 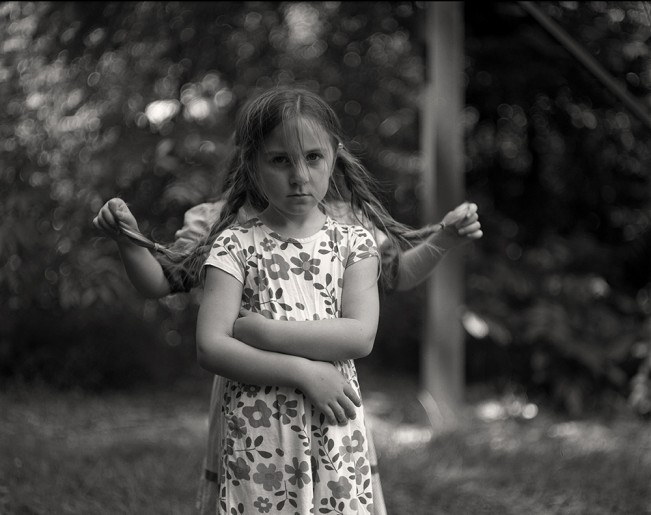