I discovered Jennifer Shaw’s work on Australian photographer, Brian Webster’s blog, Carrousel. Jennifer is a toy camera photographer from New Orleans with a number of interesting bodies of work. Her series, Hurricane Story, is one of the most unique expressions of experiencing hurricane Katrina that I’ve seen. She has a self-published book of this series, in case you are interested.

“I was nine months pregnant and due in less than a week when Hurricane Katrina blew into the Gulf. In the early hours of August 28, 2005 my husband and I loaded up our small truck with two cats, two dogs, two crates full of negatives, all our important papers and a few changes of clothes. We evacuated to a motel in southern Alabama and tried not to watch the news. Monday, August 29 brought the convergence of two major life changing events; the destruction of New Orleans and the birth of our son. It was two long months and 6000 miles on the road before we were able to return home.

Hurricane Story is a depiction of our family’s evacuation experience – the birth, the travels and the return. These photographs represent various elements of our ordeal. The project began as a cathartic way to process some of the lingering anger and anxiety over that bittersweet journey. It grew into a narrative series of self-portraits in toys that illustrate my experiences and emotional state during our time in exile.”

The images below are just a small selection of the series.

It was impossible not to watch 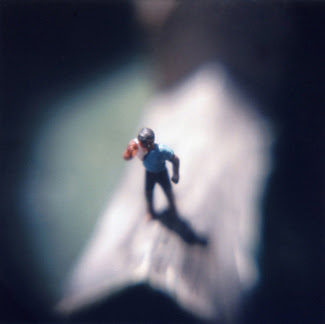 The chaos was hard to fathom 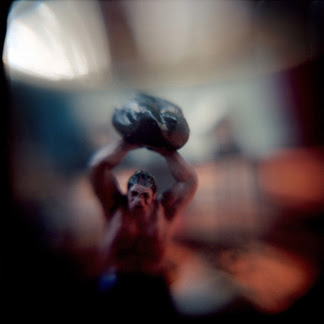 Convoys of rescue trucks passed in the other direction We took our hurricane sideshow on the road 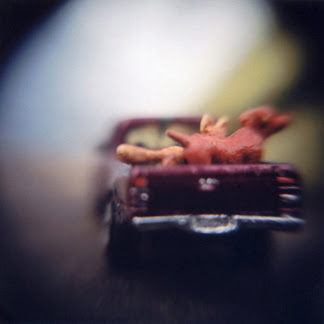 We passed a parade of drowned cars 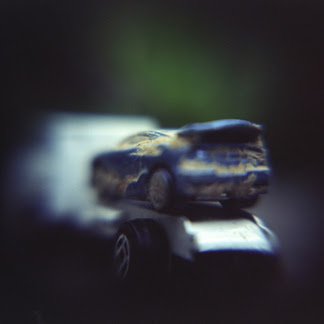 Mice had moved into the kitchen 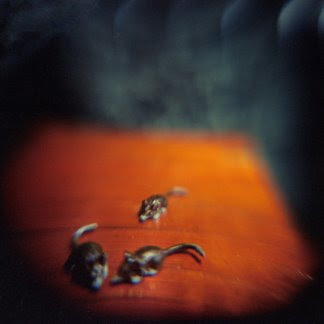 Tanks in the streets seemed normal 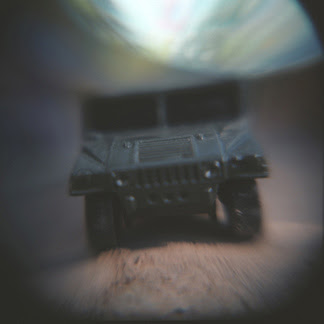 It was months til the phone was restored 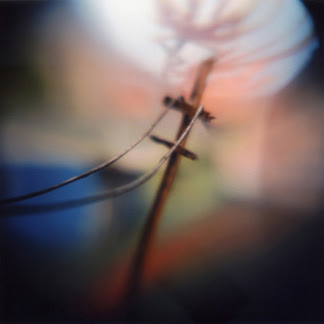 We got a new roof before Christmas 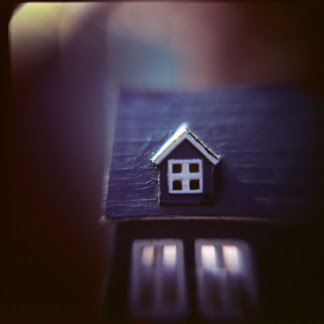 Slowly our friends trickled back 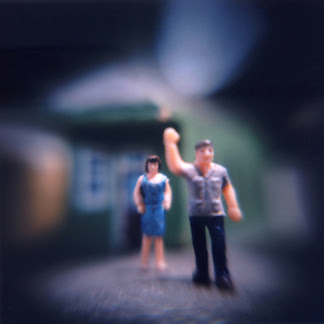