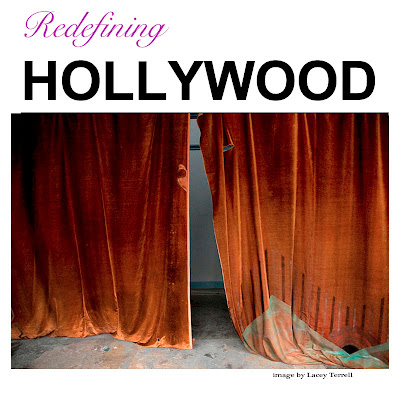 I am thrilled to present an exhibition that I co-curated with J.Wesley Brown and April Rocha titled Redefining Hollywood. The show opens this Saturday, April 30th, at The Factory Gallery (produced by Fabrik Magazine) in Los Angeles from 3-6pm.

Redefining Hollywood is an exhibition that looks at Hollywood with an analytical and an amused eye. The idea of Hollywood has intrigued and inspired image-makers for the last century and it’s no different today. Photographers find themselves continually fascinated by not only the notion of Hollywood, but by the city and community of Hollywood. For some, it’s the feeling of noir and night, for others, it’s the reality of the streets and neighborhoods. Photographers are influenced by movie stars and the idea of celebrity, and by the movies themselves. There is a rich tapestry of photographic ideas and inspiration that emerge from the tangible and intangible idea of Hollywood, and with each unique photographic vision, these photographers are Redefining Hollywood .

Thomas Michael Alleman could be called the James Ellroy of Los Angeles photographers. His series, Sunshine & Noir, brings one back to the heydays of Hollywood, where the evenings brought out the scent of orange blossoms, and mysteries were solved beneath shadowy fedoras. His black and white images, shot with a toy camera, give a nod to master noir cinematography. 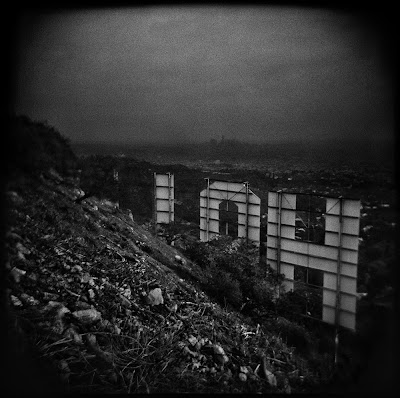 J. Wesley Brown’s images capture the essence of modern Noir. Set at night, Mr. Brown has captured the true quintessence of a city that is deeply rooted in cinemagraphic history. His images have a noir and a now feel, modern, yet reflective of Los Angeles in it’s most mysterious and magical hours. Stripped down to an elegant simplicity, work from his series, Semblances, capture a world of isolation and stillness, where you can hear the echo of footsteps on the back alleys and empty streets of Hollywood. Siri Kaur explores the world of celebrity impersonators with work from her series, Alter Ego. The impersonators see the act of being photographed as a way to celebrate their ideal selves, as a way to preserve their attempts for the future and to validate their efforts. The pathos in the resulting photographs is that they can never actually become the characters they try to emulate. 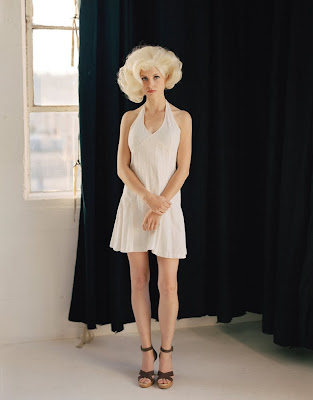 Liz Kuball not only resides in Hollywood, but also includes images from the streets she sees on a daily basis in her series, California Vernacular. Capturing city life with an unvarnished viewpoint, Ms. Kuball is able to show us the juxtapositions of the glamour and the grit, the benign and the beautiful. 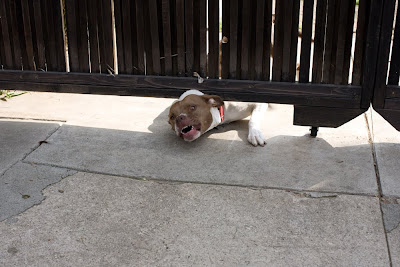 Simone Lueck’s, series, The Once and Future Queens, answers the question of how long we will wait for our 15 minutes of fame. Ms. Lueck has explored the quest for the spotlight and shines the light on women who still believe that Hollywood might come calling. The fact that these are collaborations with strangers makes them even more interesting.

Simone Lueck, Mara in her bedroom 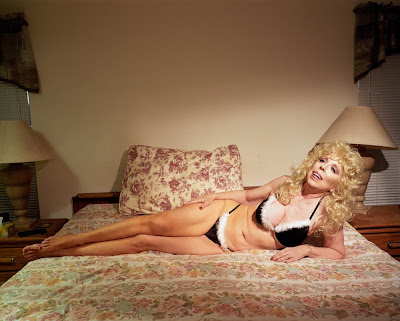 Gordon Magnin’s collages of found images of celebrities help us reconsider faces we’ve seen many times before and grown accustomed to. His use of geometry, pattern, repetition, form, perspective, and systematic operations as methods to distort and challenge the intended objective, interpretation, and significance of consumer based images result in a refreshing break from Hollywood cliché. 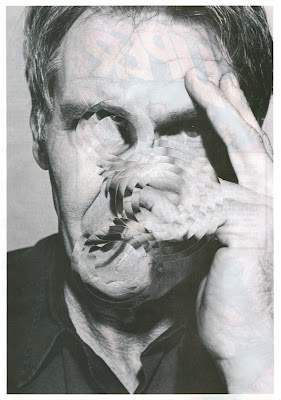 Gray Malin uses a muse in a vintage Oscar de La Renta polka dot dress to portray his fixation with the imagined Hollywood of a young man growing up in the Midwest. His muse searches for the essence of Hollywood, for places of stardom and glamour, in his images from A Timeless Pursuit. 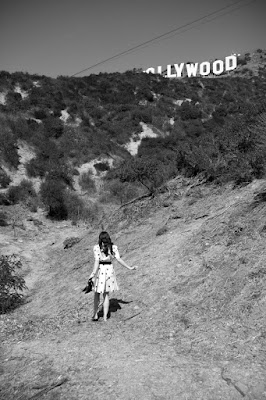 Nguan hails from Singapore and has taken his incredible use of color and vision and turned it on Hollywood during time spent living in Los Angeles. His images examine yearning and unachieved dreams that are more pervasive and emblematic of Hollywood than the success stories we are all familiar with. 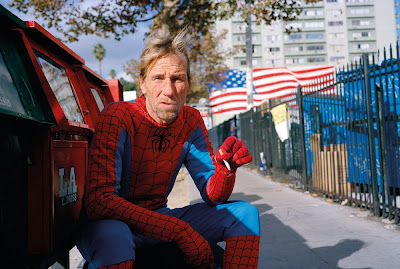 Bernd Reinhardt has been exploring the terrain of Hollywood, it’s denizens and derelicts, in his series, Hollywood, CA. There’s something about the light on Hollywood Boulevard that acts like a movie spotlight, slicing into tableaus and moments of the American experience with razor sharp rays and when that light is gone, there is a different light. It comes from neon signs, street lights and movie premieres, and gives an expectation that something fabulous might happen—Mr. Reinhardt has tapped into that light, and that experience by sharing fragments of a transient population of wannabes and sightseers that inhabit a place called Hollywood, that exists only in their imaginations. April Rocha uses her love of noir films as inspiration to shoot iconic Hollywood landmarks in an alternative film medium – using toy cameras with Polaroid film and infrared film. The images take on a dreamy feel as if looking back in time to what once was. 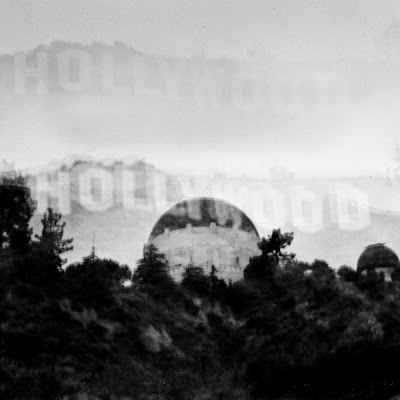 Ryan Schude’s elaborate tableaus are shot on what could easily be film sets when looking at the materials and effort that go into each. Models are cast from acting websites. Shot on location throughout Los Angeles, each gives us a peak into an alternate version of the city as imagined by the photographer, who we can easily imagine yelling, “Action!” as he slicks the shutter. 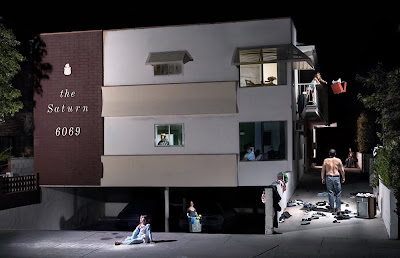 Emily Shur’s renowned celebrity portraiture work has appeared in countless publications. Emily places her subjects in setting, roles, and situations in which they would not normally find themselves, both pandering to and challenging our notions of their place within Hollywood and its past. Aline Smithson’s images are inspired by classic Hollywood staged photographs of celebrities and their families. In her series, Hollywood at Home, Ms. Smithson elevates family and friends into faux stardom, capturing the glamour of 40’s and 50’s Hollywood through lighting and costume, exposing the reality that anyone can be made into a star. 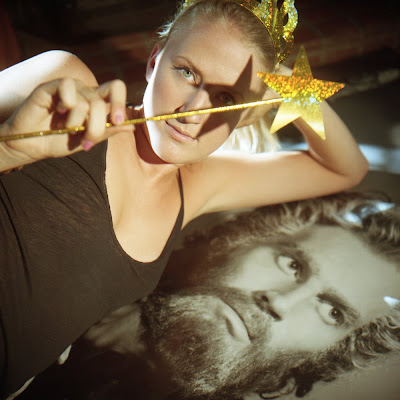 Lacey Terrell is featuring work from a sumptuous, engaging body of work titled offSet. She has used her experience on films and locations as a starting point, but has turned her camera off set. Slipping behind the metaphoric curtain of center stage, she looks back at the constructed reality being played out, or wanders into uninhabited areas in order to create images that allow our imagination to complete the picture. 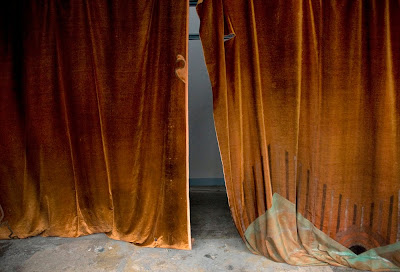