Sarah Malakoff’s photographs explore the idea of home, but I am drawn to the formal study of spaces that are more than just rooms, they are rooms with elements of quirky expression, each with a surprise twist.  I have to admit it, I’d like to hang out in these homes and meet the people who created these spaces.  The lack of human evidence makes the work feel like a movie set, ready for the drama to unfold. Sarah was awarded a spot in the 2009 Critical Mass top 50 portfolios with the project, Living Arrangements, and also exhibited it at the Griffin Museum of Photography.
Sarah lives and works in Boston, Massachusetts and teaches at the University of Massachusetts Dartmouth.  She received her Master of Fine Arts from the School of the Museum of Fine Arts.  She has had numerous solo exhibitions including the Sol Mednick Gallery in Philadelphia, PA, the Griffin Museum of Photography in Winchester, MA, Howard Yezerski Gallery in Boston, MA and Plane Space in New York, NY.  Her photographs have recently been shown at the Carnegie Museum of Art in Pittsburgh, The DeCordova Museum, The Portland Museum of Art, The Danforth Museum of Art, The Smith College Museum of Art, The Photographic Resource Center, and Photo Center Northwest.
LIVING ARRANGEMENTS: My photographs are examinations of the home as both a refuge from and at times a re-creation of the outside world.  In my images, architecture and furnishings appear as uncanny symbols of culture, family, and nature.  With the intentional exclusion of human occupants, my subjects spark curious speculation of their own.  The private and personal are expressed in part by objects and signifiers which are displayed versus those which are hidden; what is allowed inside, and what is kept out.  For example, doors and windows both frame exterior views and keep the elements at bay.  Land, weather, and wildlife are ever present on the other side of the wall even as they are brought safely inside in the form of pattern, simulation, and domesticated animals.  Ironically, both indoors and out equally project artifice. 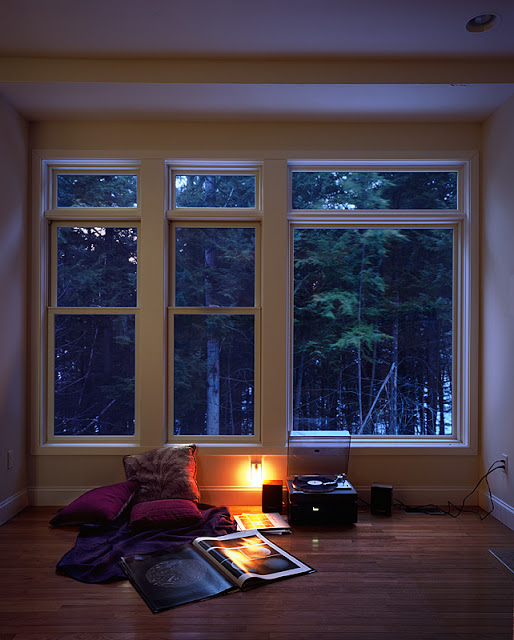 These pictures speak to notions of comfort, class, and style as well as universal attempts to control and transcend our environment. Tensions, and often humor, appear between absence and presence, old and new, real and surreal, permanent and transient, genuine and artificial, the domestic and the natural worlds. The desire to resolve these tensions drives the viewer to create their own narrative and imagine possible inhabitants. 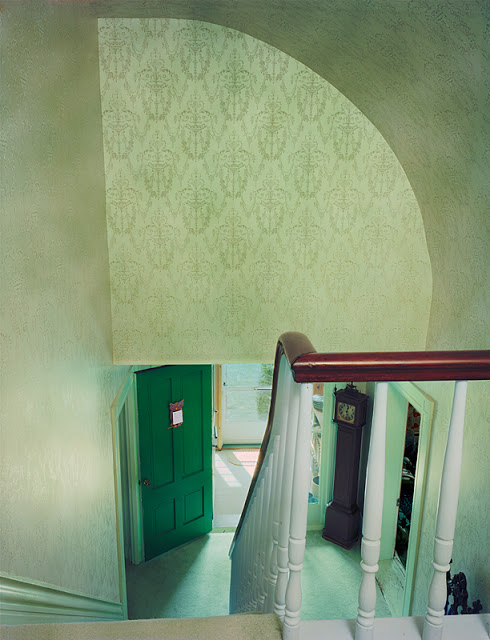 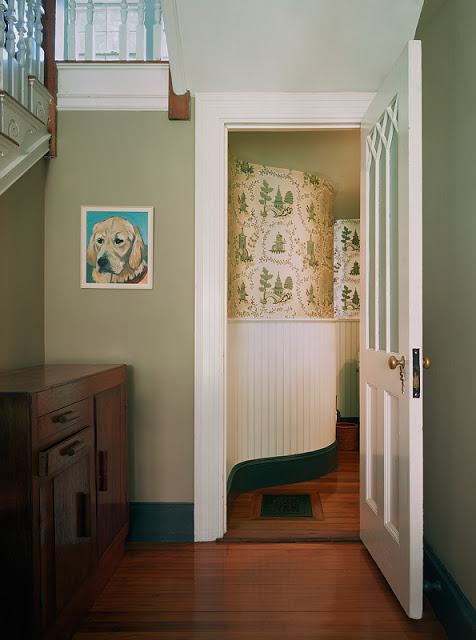 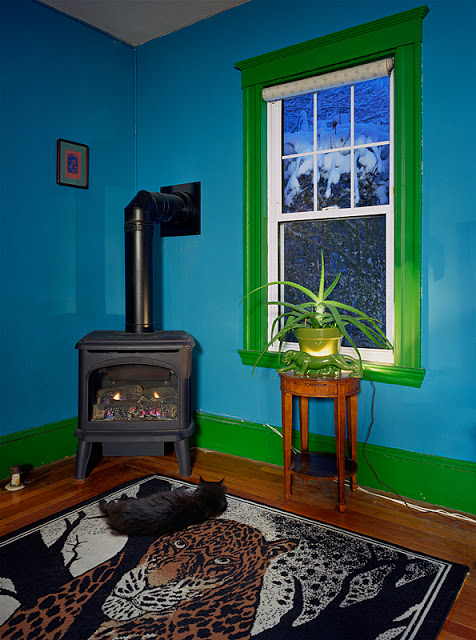 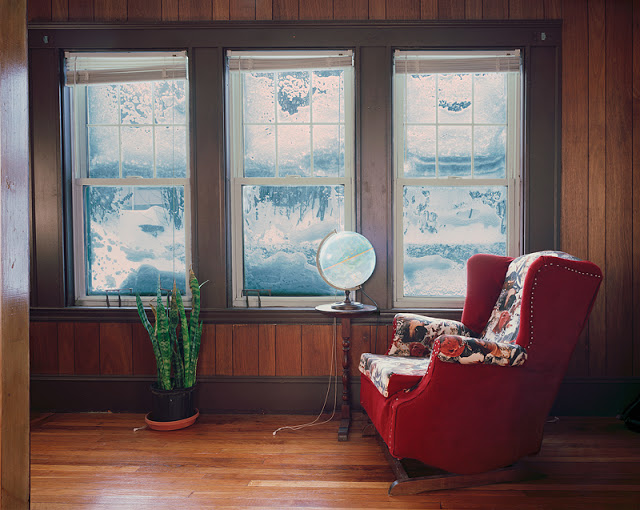 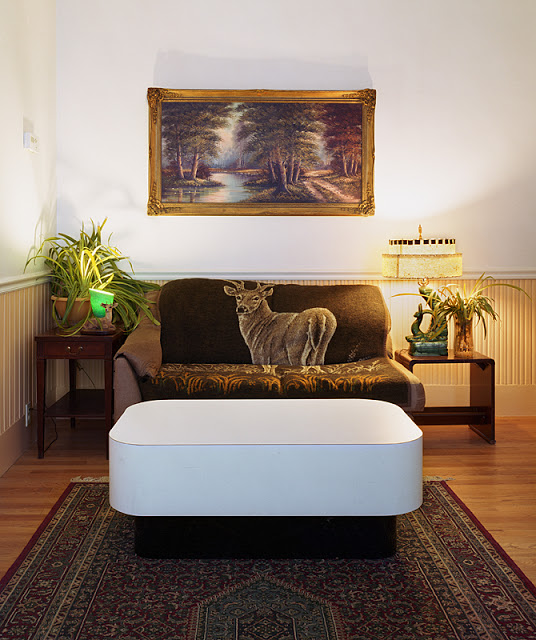 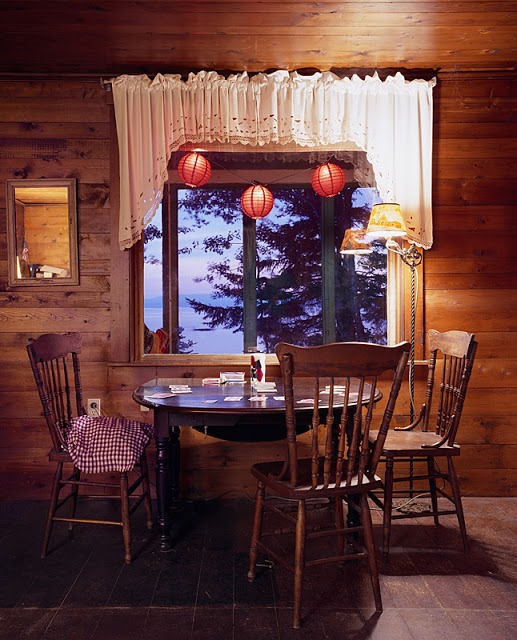 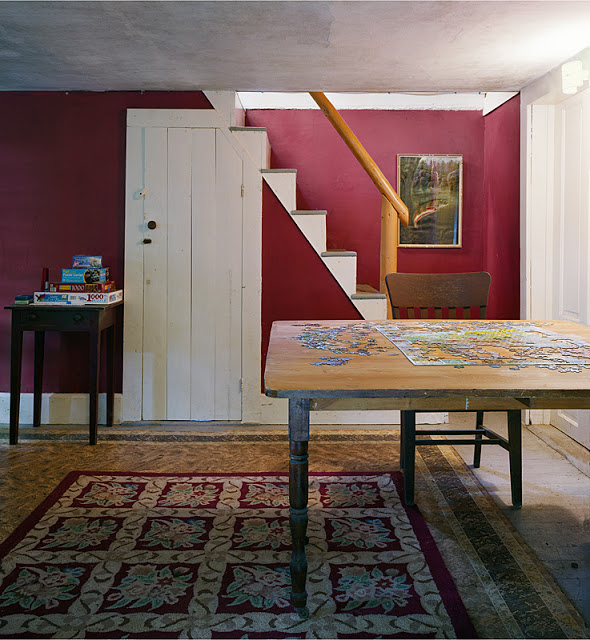 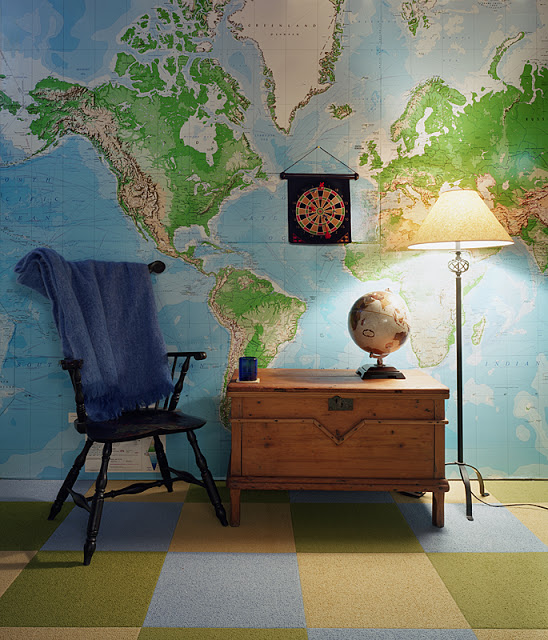 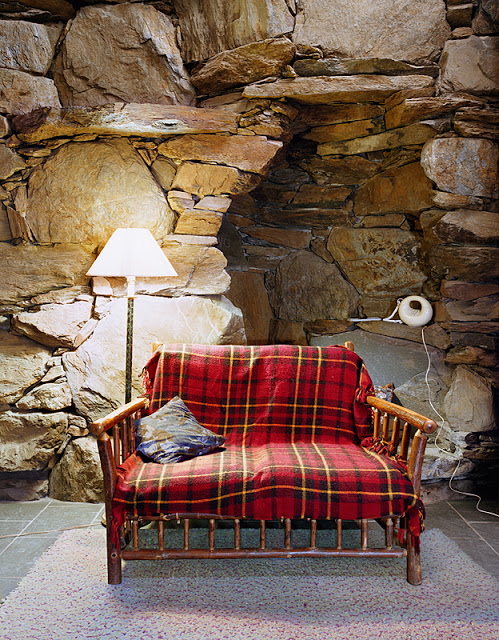 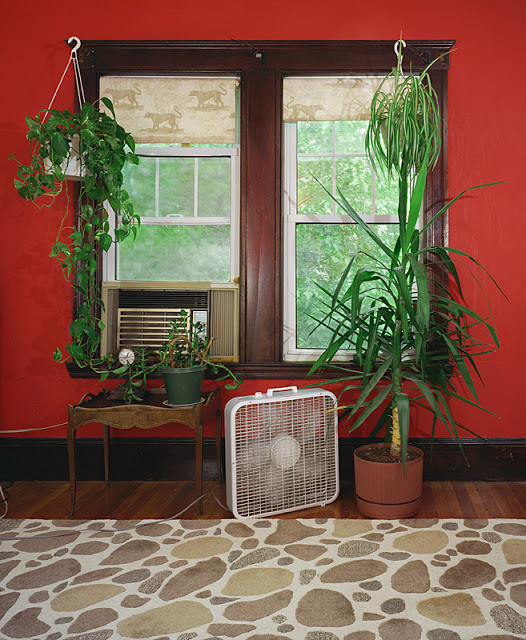 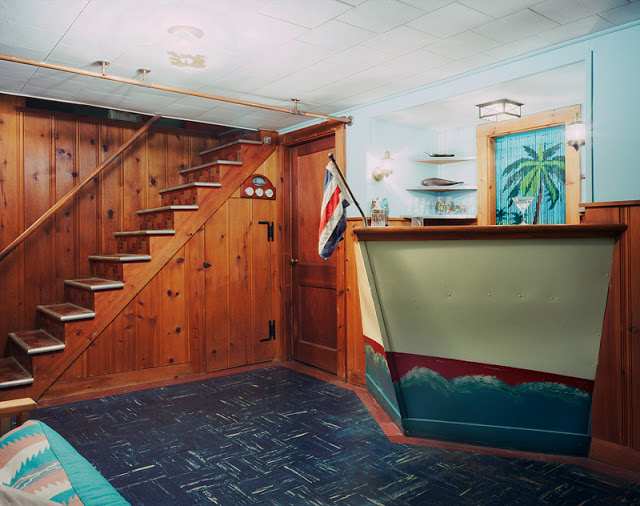 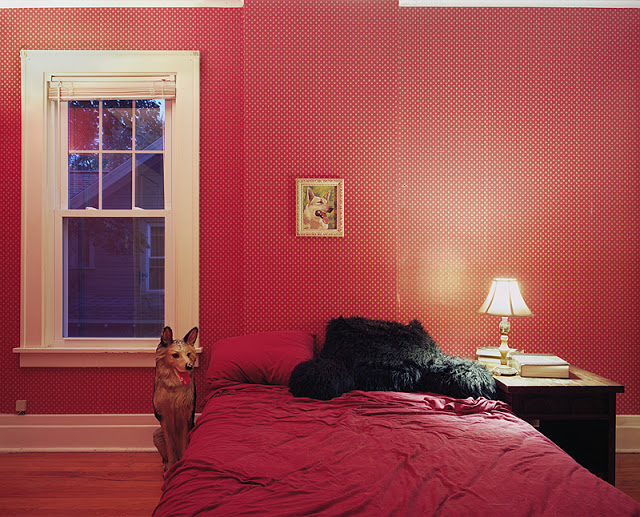 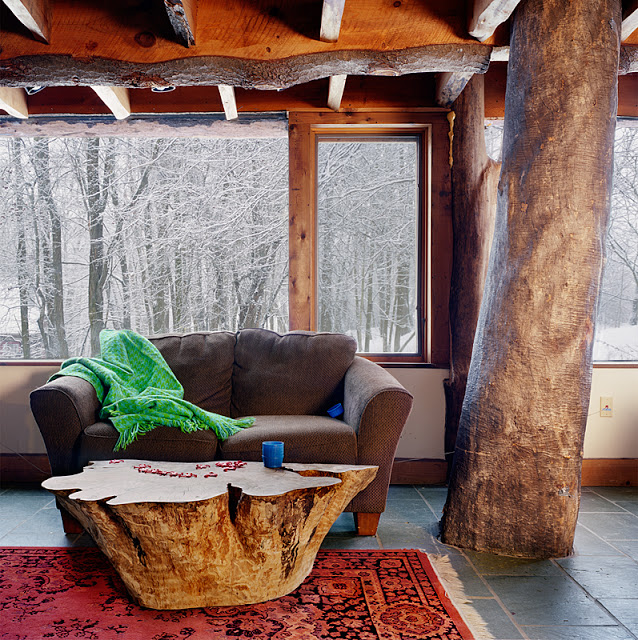 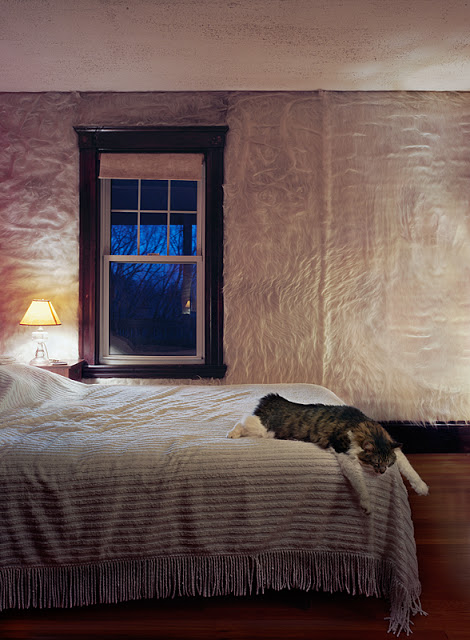