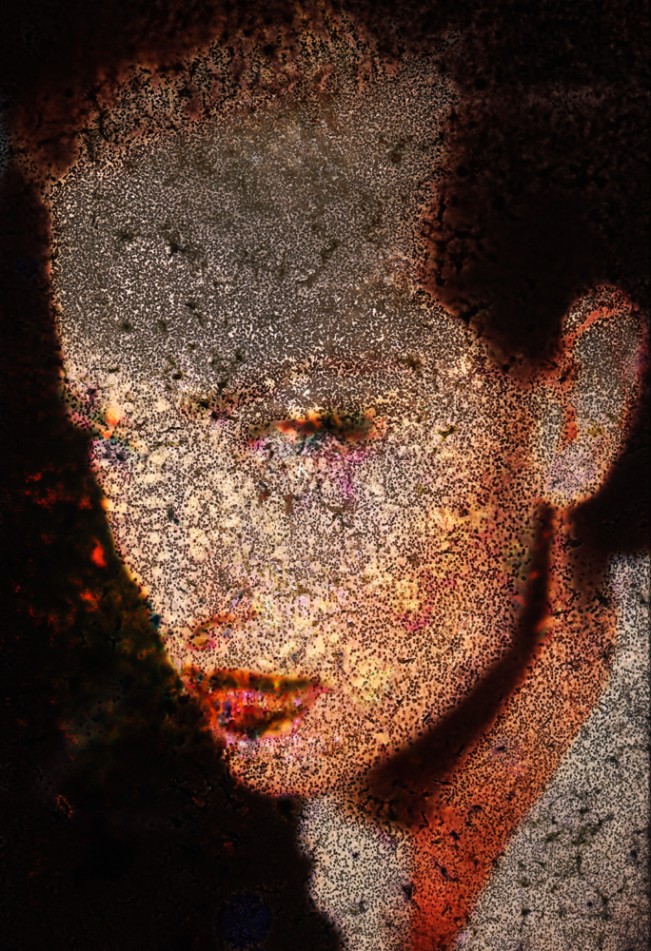 I had the great pleasure to jury the BLOW UP Exhibition for the Filter Photo Festival taking place this week in Chicago. I was asked to select the work of 3 photographers to be made into large sized prints that will be showcased in several and windows and storefronts in Chicago during the festival. I selected the work of Rohn Meijer because I thought his distressed portraits would create an interesting conversation with traditional fashion and beauty imagery seen large scale in advertising, and because I simply found the work unusual and striking.

Rohn was born in Amsterdam and emigrated with his parents to the United States when he was seven years old. He returned to Amsterdam when he was 22, studied ceramics at the Rietveld Academy and then went to Italy. There he worked as a designer of industrial ceramics. After returning to Amsterdam he fell in love with photography and fashion. This combination evolved into a passion and when he returned to Milan in 1984 he soon was able to work for Moschino and Versace. Ever since, he loves to make backstage portraits and keeps on doing so. In 2009 he photographed the men’s summer campaign for Dsquared. His work is exhibited in Europe and the United States and has been published in many magazines and photo books. 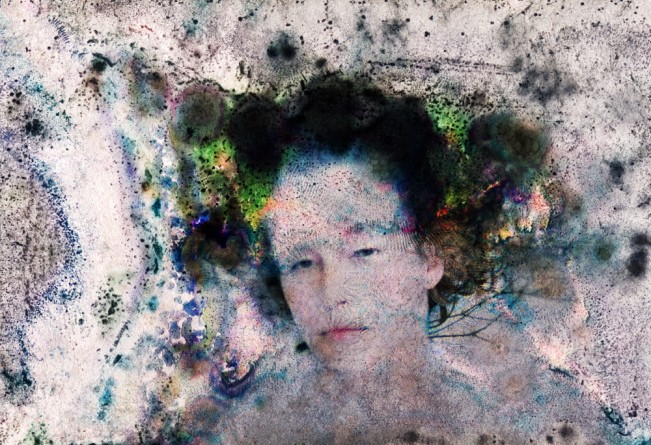 Stil-leven, an intimist painting style, has its origins in Holland between the end of the 16th and the beginning of the 17th centuries. Its influence spread to England and Italy as “Still Life” or “Natura morta” – depicting flowers, fruit, fish, game, kitchen utensils and musical instruments. Many great artists rose to the challenge presented by “still life”, from the elder Jan Bruegel to David Teniers and Caravaggio. They were followed, in the 19th and 20th centuries, by Delacroix, Van Gogh and Picasso, paying testimony to the artist’s ever-present spiritual need to contemplate and meditate on the secret vitality inherent in immovable objects. This is a need still alive today in many artists, including the Dutch photographer Rohn Meijer. 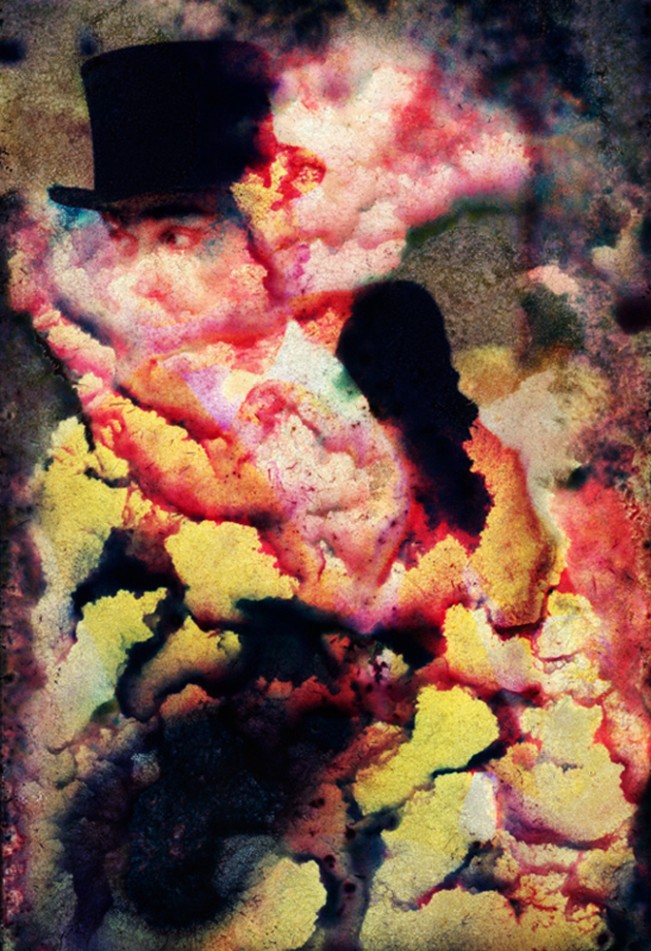 To understand the spirit of Meijer’s most recent work, one should begin by noting the semantic roots of the originating Flemish term “Stil-leven”, meaning “immobile life (or nature)”. The translation into Italian “natura morta” (literally: “dead nature”) does the genre no justice. The Italian, indeed, derives from the 18th century French term “nature morte”. In both the French and Italian expressions, therefore, there prevails a sense of death that in no way represents the intention of Stil-leven painting from the 17th century. This intention was to fix Life to the canvas, isolating a moment in the flux of Time – a precarious balance between eternity (the work) and the finite (portrait of fruit-as-object). 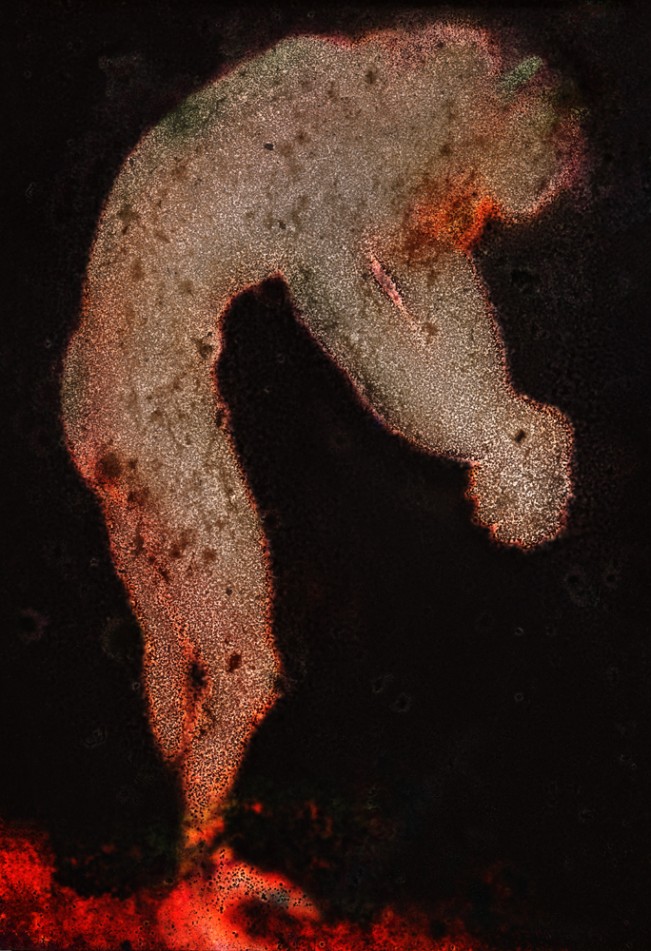 This is the spirit which has inspired Rohn Meijer’s recent work: contemporary “Stil-leven”, which goes much further than just portraying immobile objects. After a chance finding of old negatives, decayed by humidity and by time, in the basement of his studio in Amsterdam (a geographic coincidence?), Meijer decided to continue the process. This process involved stimulating and controlling the degree of future decay, speeding this up then “freezing” it. More negatives, this time deliberately, were left to decay by mould. 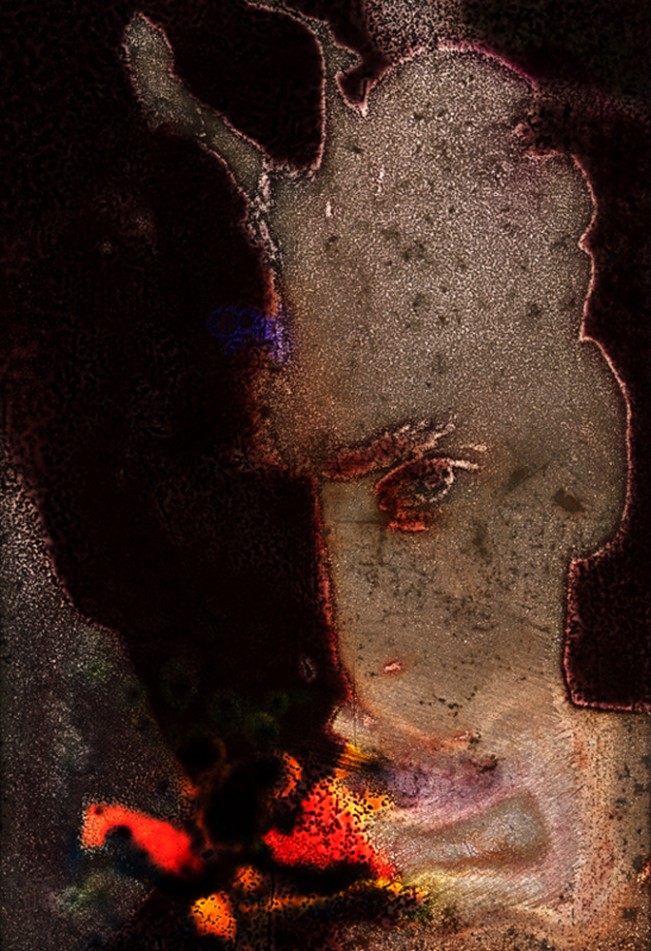 A new life, which has transformed also the subjects who were once the soul of these photographs: the bodies of young men, faces of beautiful women, now transfigured by corrosion to create a visual “short circuit” and giving the image an almost mystical sense of memory and discovery. This is a relic of a world which once was and which now can live again only through these discoveries rescued from the flux of Time. And yet, Meijer’s is not a destructive action. While the painter seeks to “save” from decay at least the memory of the objects represented on the canvas, Rohn Meijer, using a physical paradox, inverts this rescue attempt in the very destruction (albeit controlled) of the film and, by extension, the objects portrayed. Metamorphosis always involves a radical change in the form and the aspect of an object, and that of Rohn Meijer is a process of continuing, “becoming” (“…Nothing is destroyed, everything is transformed”). It is the transformed origin which generates new life from its own mutation, and in this way it produces its own hymn to Life. 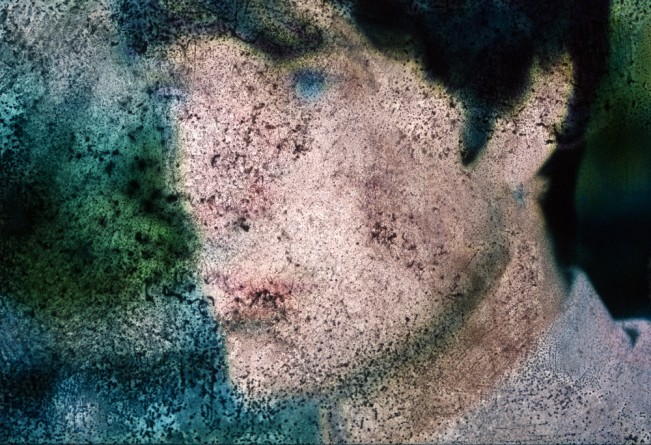 This is a choice made with the greatest lucidity. Simple, yet with the deepest of meaning and showing great radicalism and bravery on the part of the photographer. In some ways, his is a position consistent towards the fate of an analogous negative in the era of digital photography: The End. Slow destruction, which even in a best-case scenario means being consigned to oblivion in some obscure drawer. For a photographer, having the courage to destroy a negative forever is akin to asking a father which child he’d like to sacrifice first. Rohn shows a strong desire to experiment and a great constructive spirit precisely because his starting point is that which seems exactly the opposite: a loss. This accelerated ageing is geared towards unveiling, once more within the traditions of the Still Life genre, the secret vitality of these negatives. 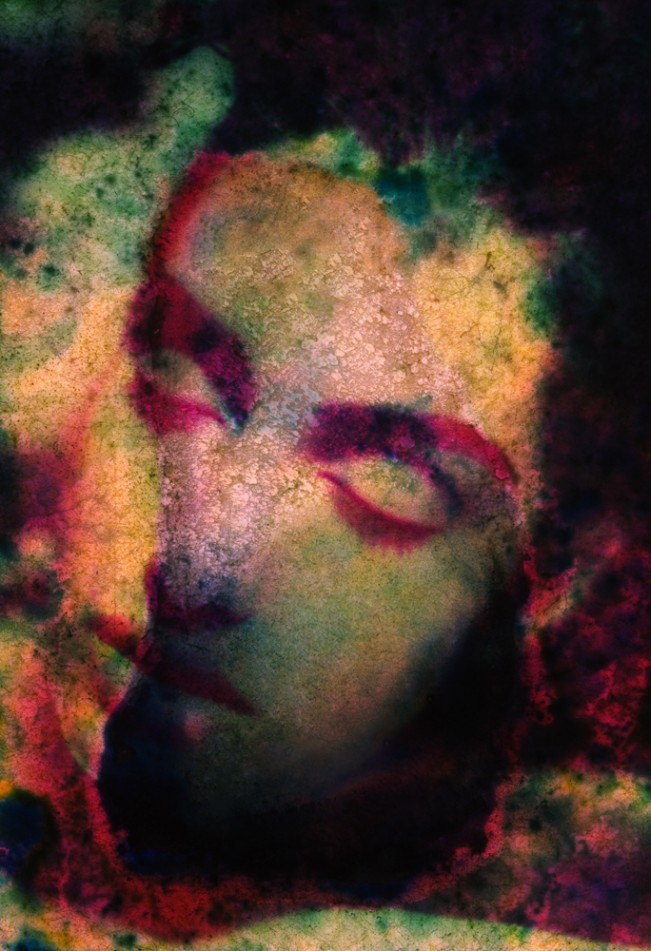 Through working on these negatives Rohn Meijer expresses himself in a return to photography of the old school, whilst remaining a knowing child of his own times and thus not averse to such tools as digital technology and the ink jet printer. 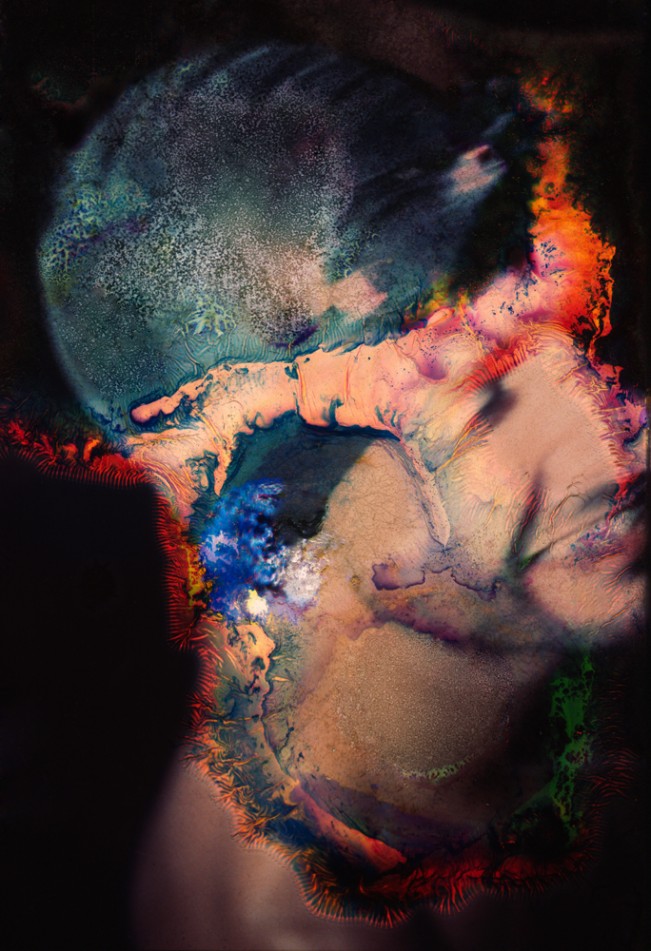 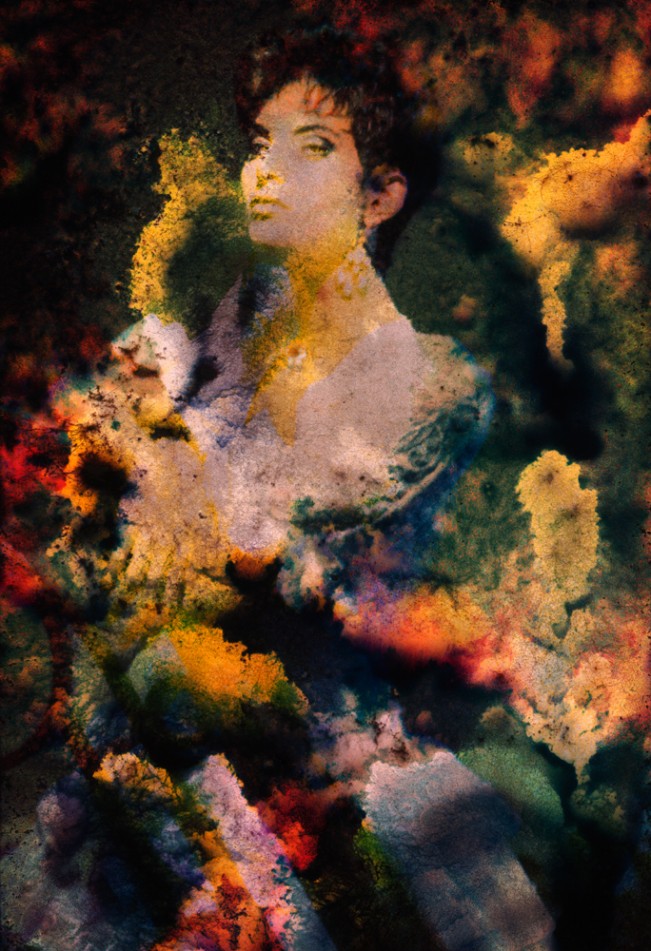 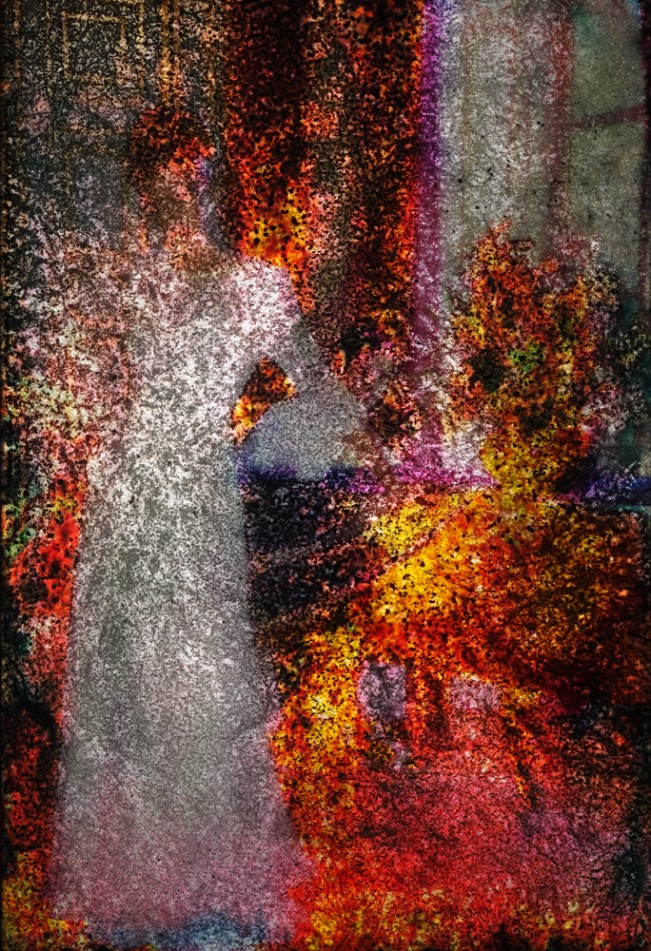 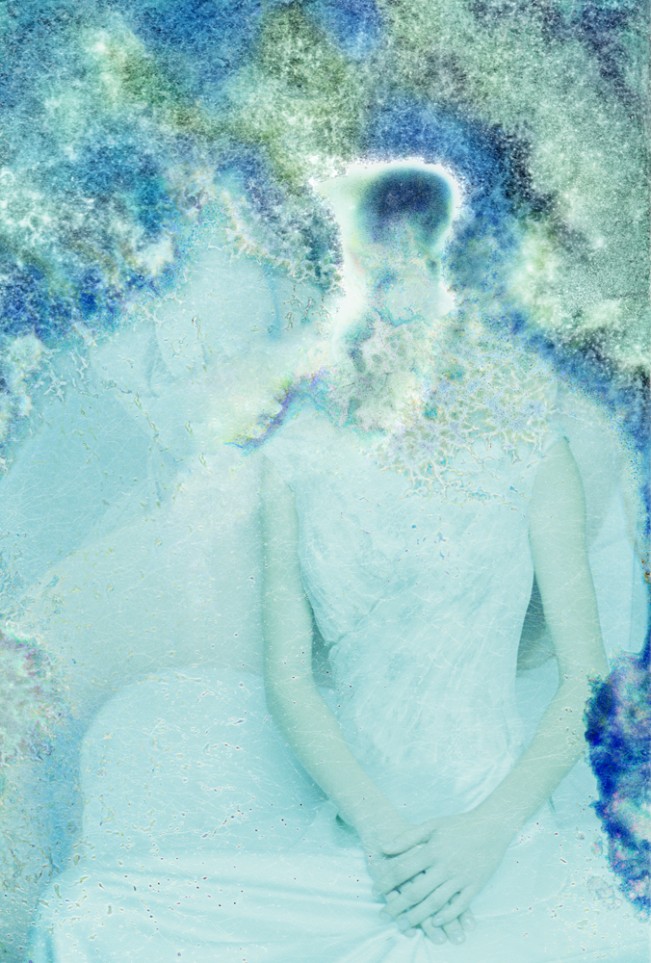 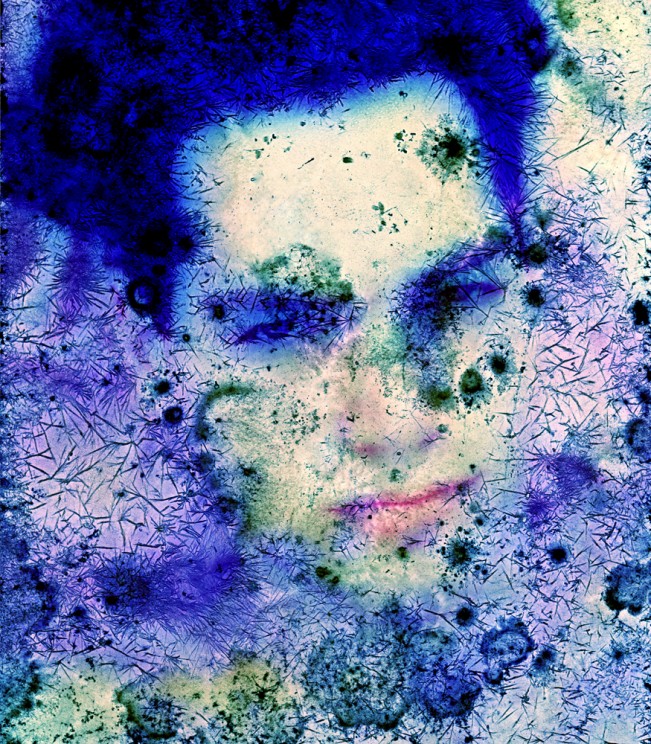 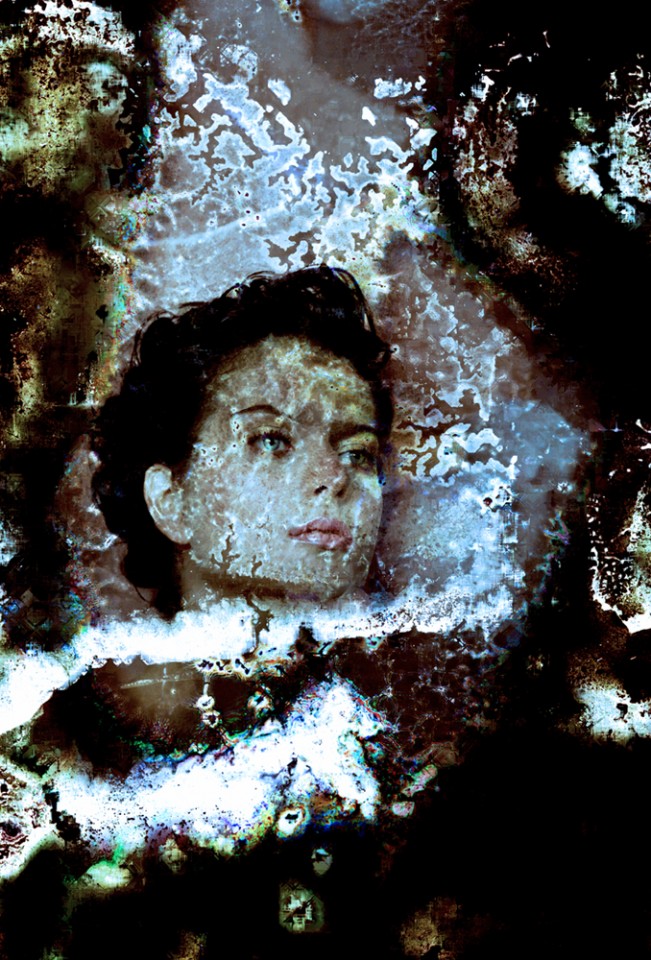 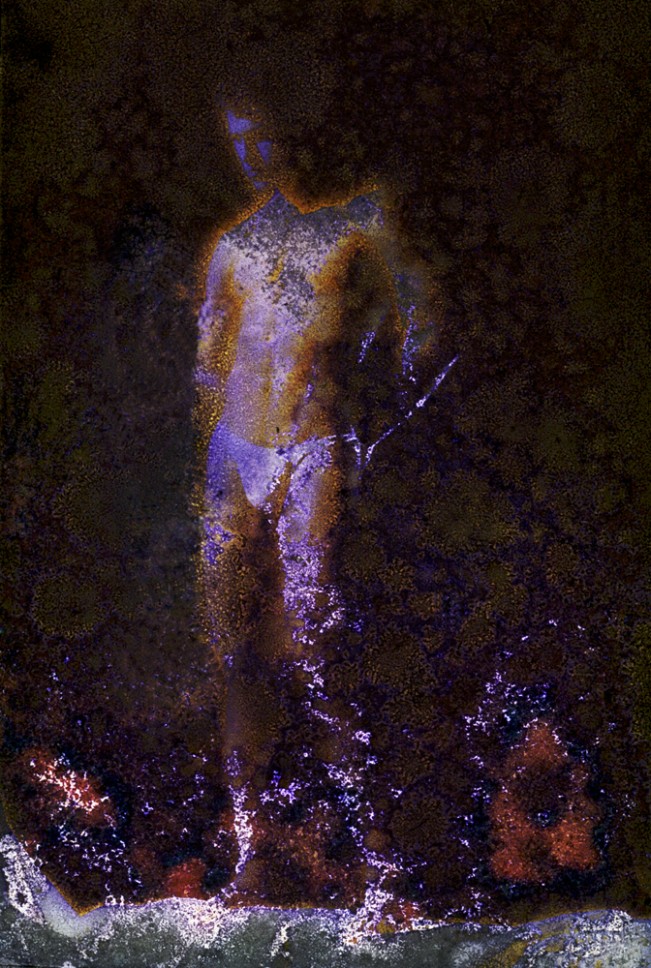 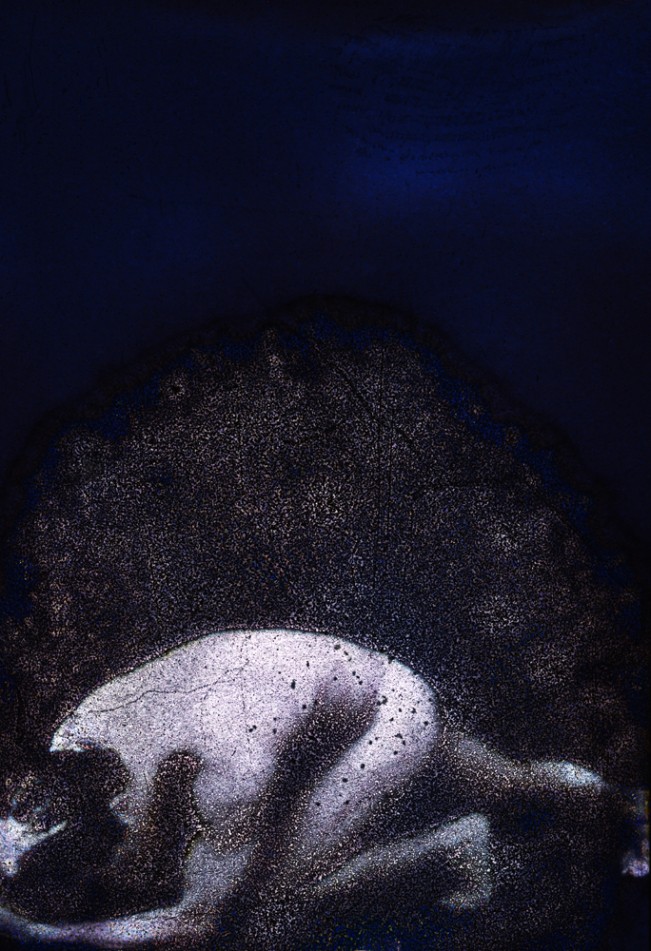 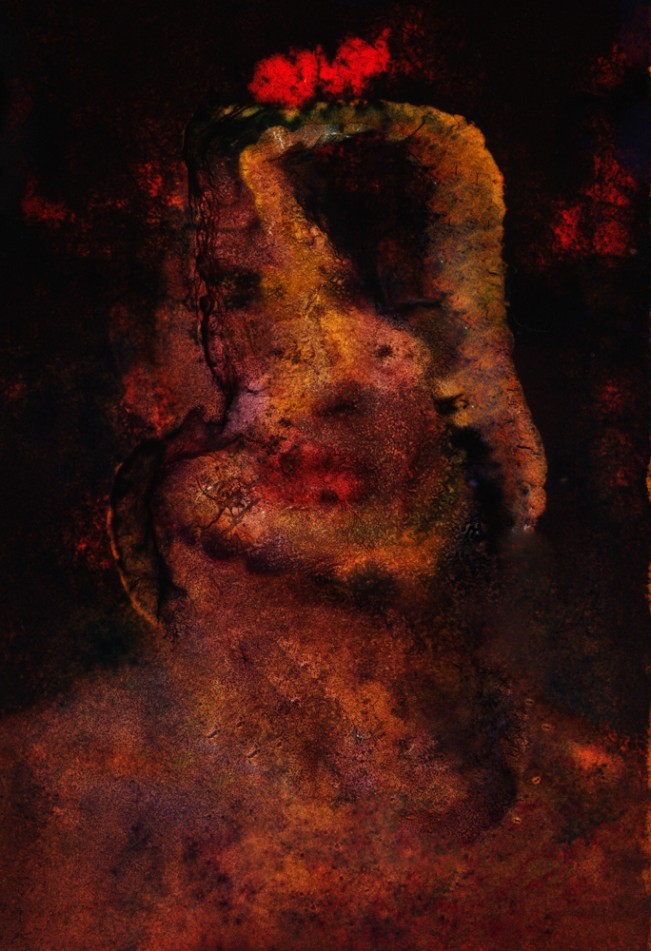