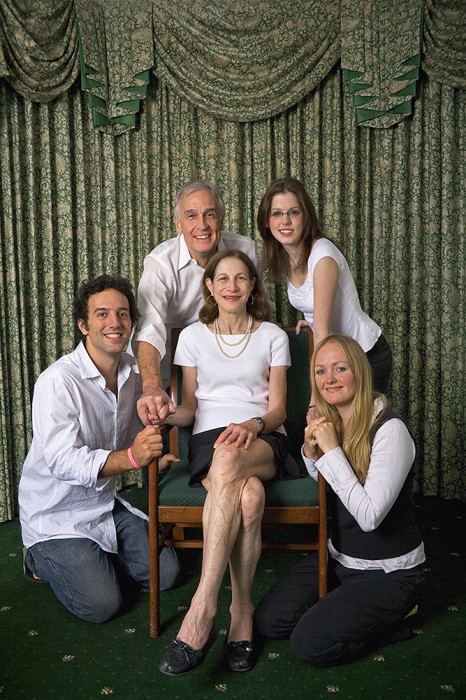 Most of us take family portraits for granted.  We assume that the relationships are real and the family members, all touching and smiling are a cohesive unit.  Photographer Jamie Diamond make us rethink how photography can trick us and question the “notions of identity, intimacy, and reality and engaging the dialogue surrounding representation and photography’s relationship to truth”.

Her work has appeared in numerous publications including The Philosophy of Photography Journal, The New York Times, The Philadelphia Inquirer, The Last Magazine, Good Game Magazine, PBS Online Series, The Art Blog, Phaidon, and Dummy Magazine. Diamond is a recipient of the Toby Devan Lewis Fellowship Award(2008); the NYFA Fellowship Award in Photography(2014); & was an Artist in Residence at The Bronx Museum(2014); LMCC Swing Space residency (2013) & LMCC Work Space residency(2008-2009).

In this series I invite strangers to meet me in rented hotel rooms and make artificial families for the camera. I’m examining the social construct and language of portraiture as well as the visual rhetoric of intimacy. I’m interested in both the performance of the portrait and our innate fluency in its codes and gestures. Each subject knows how to perform their role convincingly for the camera in this unfamiliar context and the photograph historicizes this moment, this temporal encounter amongst strangers. 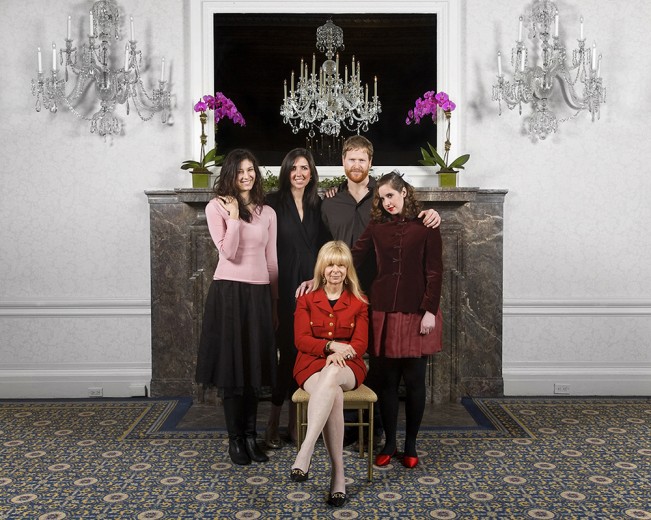 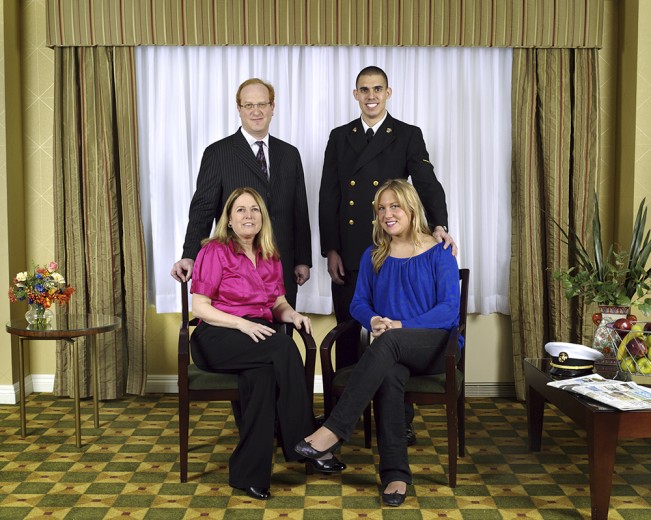 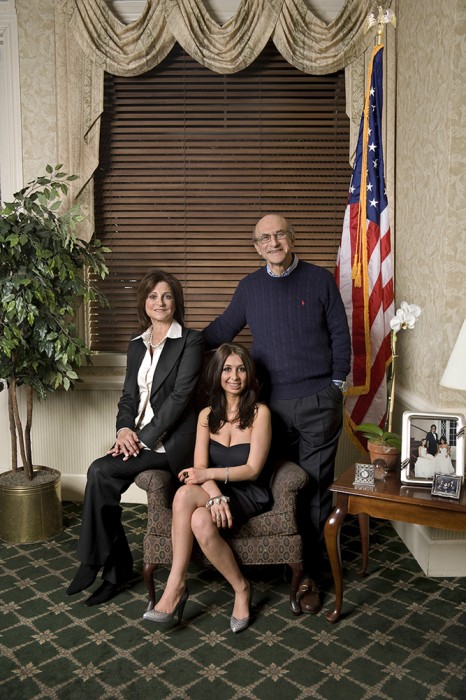 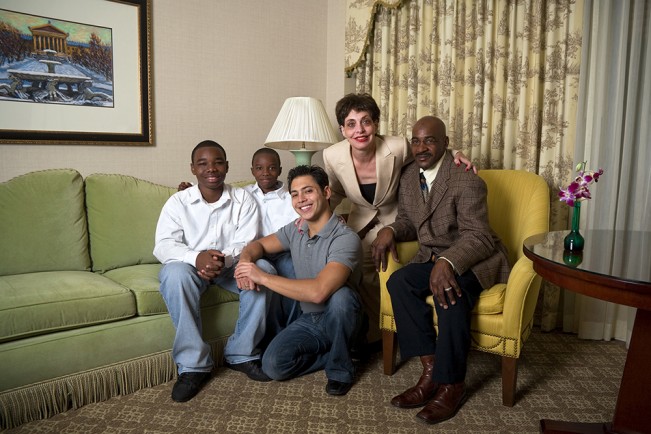 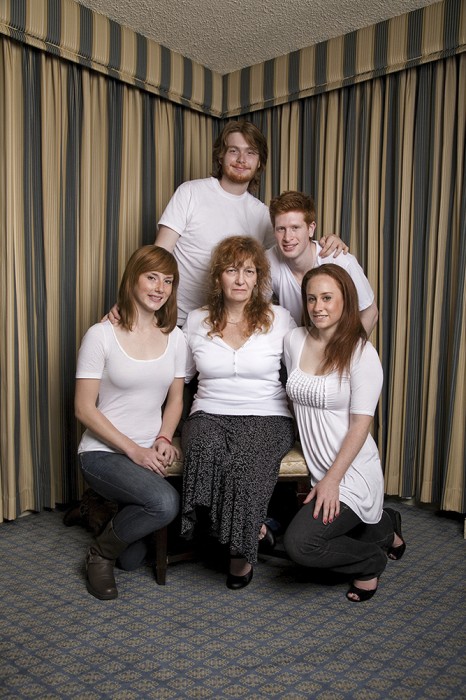 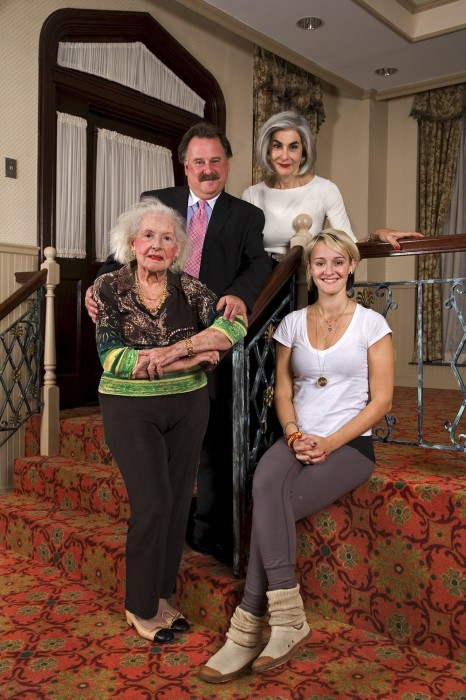 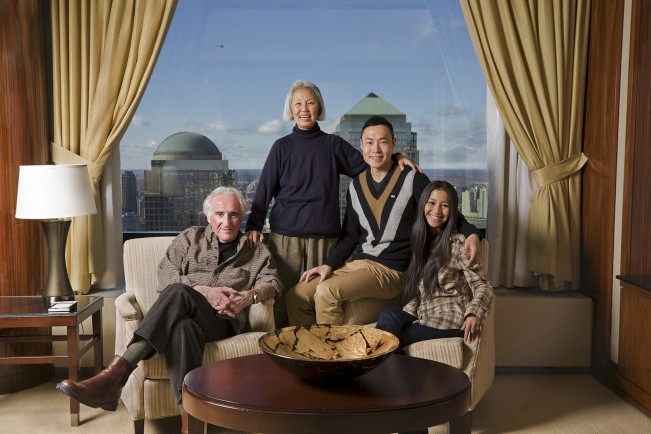 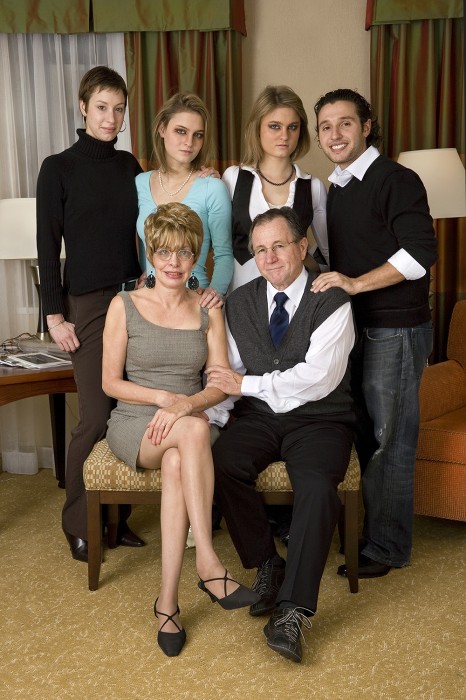 The family photograph serves to record and legitimize the family’s social structure and identity. Using this genre as the initial platform, I expand the dialogue about duration and permanence in photography and it’s relationship to performance. What appears on first glance to be a conventional family portrait, is in fact actors and mimes posing as a family. I stage vernacular family portraits in public spaces throughout New York City, the fake family appears to be posing for a snapshot in a picturesque setting though there is no camera or photographer present. By reconstructing the family portrait in real time in the public realm, I transform the pose into a performance. The poses are held for ten minute intervals over a period of three hours. This footage was recoded in Madison Square Park during rush hour, August 2010 using hidden video cameras.