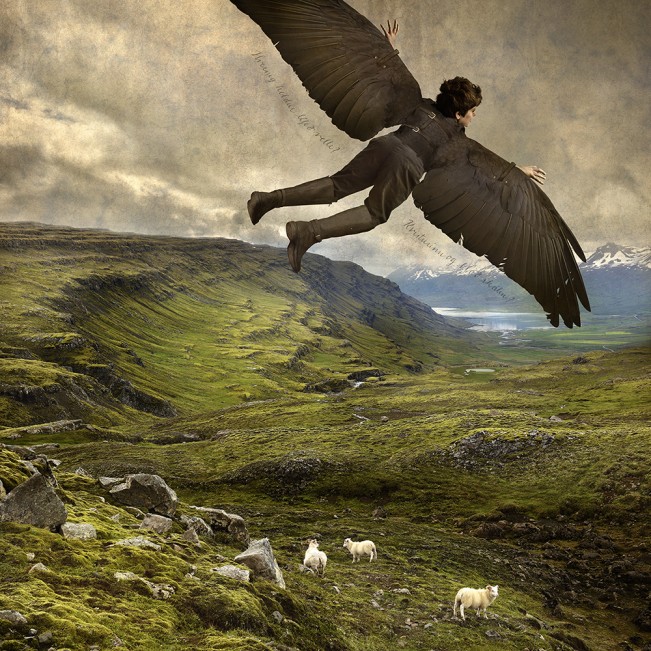 Photographer Tom Chambers has a new body of work, To the Edge, inspired by the austere and striking landscape of Iceland. The rolling green hills, moody skies, rocky vistas, the flora and fauna of a country that has inspired photographers for decades set the stage for Tom’s constructed images. He adds text from Allen Chamberlain’s Iceland poetry to create painterly and metaphoric constructions that speak to nature, memory, and possibility.

Tom was raised in the Amish farm country of Lancaster, Pennsylvania. Tom completed a B.F.A. in 1985 from The Ringling School of Art, Sarasota, Florida majoring in graphic design with an emphasis in photography. Since 1998 Tom has created photomontage images for sharing intriguing unspoken stories, all of which reflect his worldview and elicit a range of feelings in the viewer. Tom exhibits his photography both nationally and internationally. 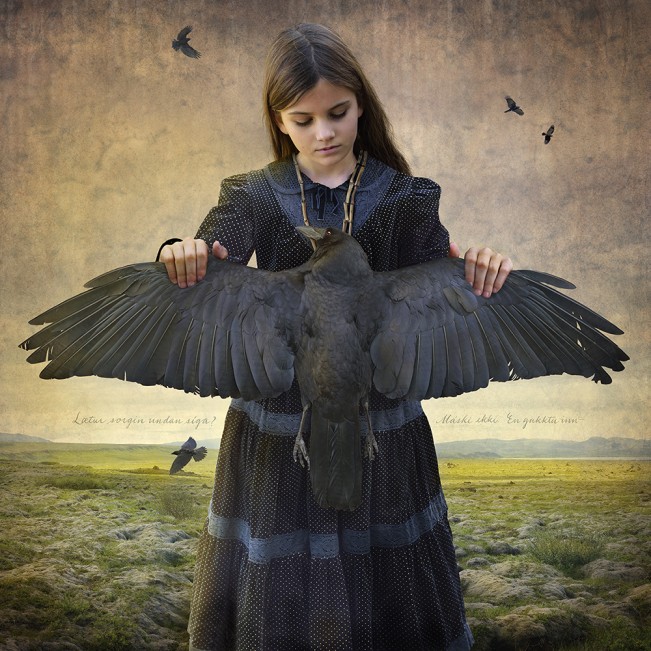 Exploring Iceland I stretched to look underneath, above, and around the edges of the landscape. What mattered was not right before my eyes, but delicately hidden in glaciers, volcanic rock, and ice, all of which have endured over many millennia. My photomontage series “To the Edge” celebrates the biodiversity of the natural world. Poet Allen Chamberlain inspired by my images, wrote this ghazal entitled Iceland, lines of which are incorporated into each image of the series.

Clouds of tangled lichen cleave to the edge.
And now look to the frost-heave at the edge.

How does life hold? The branchlet and blood-bowl?
It holds the shape of the rock, sheathes the edge.

The dark-phase gyrfalcon mantles her prey.
Crowberries glow; amber eve at the edge.

In the plain of stone and sand grief takes hold.
There glacial rivers blue-sleeve to the edge.

How to hear pipe and wail from birds circling?
Wing and entrails burnt—cerise at the edge.

Green luster of meltwater enfolds ice;
Skeins of aurora, reprieve from the edge.

Does grief give way? Perhaps not. But enter—
A land of chambered ice—reeved to the edge. 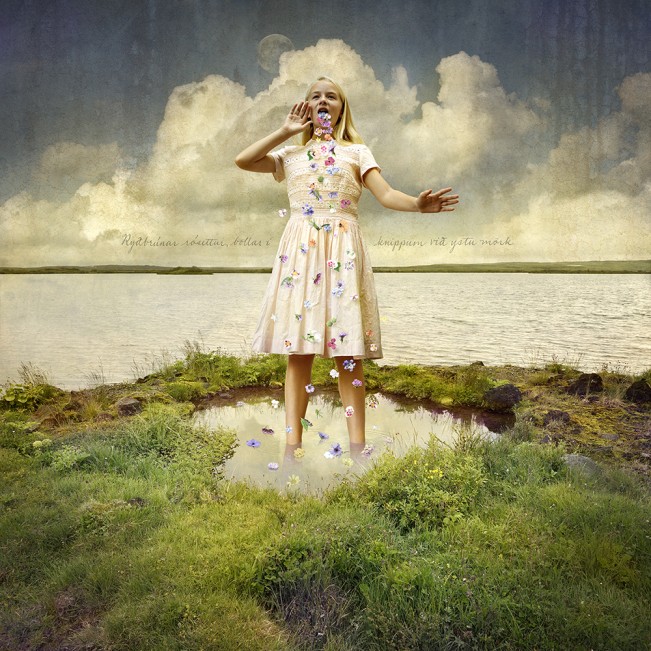 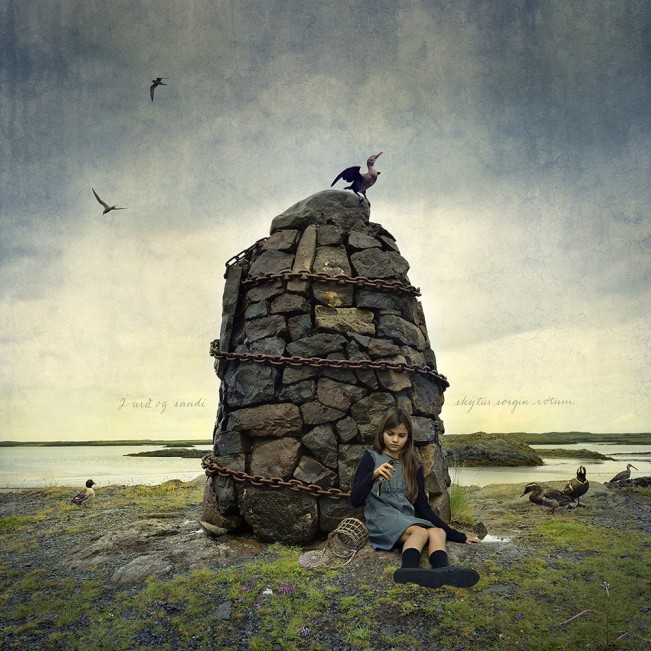 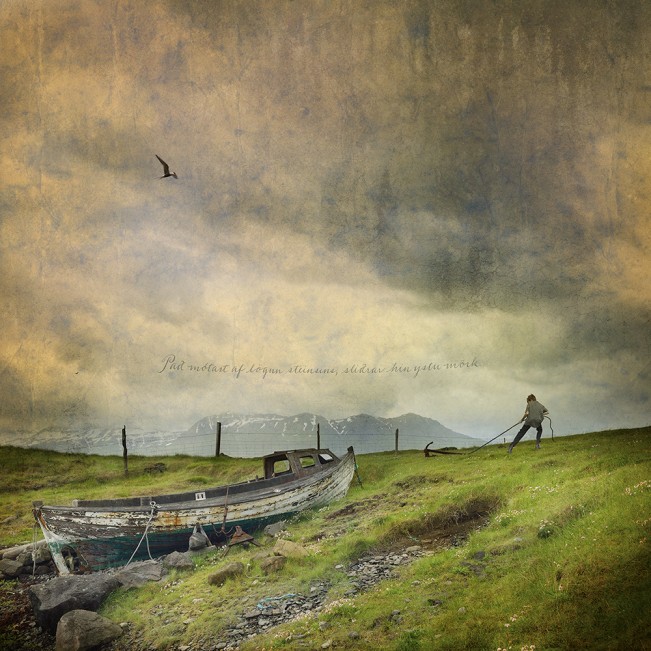 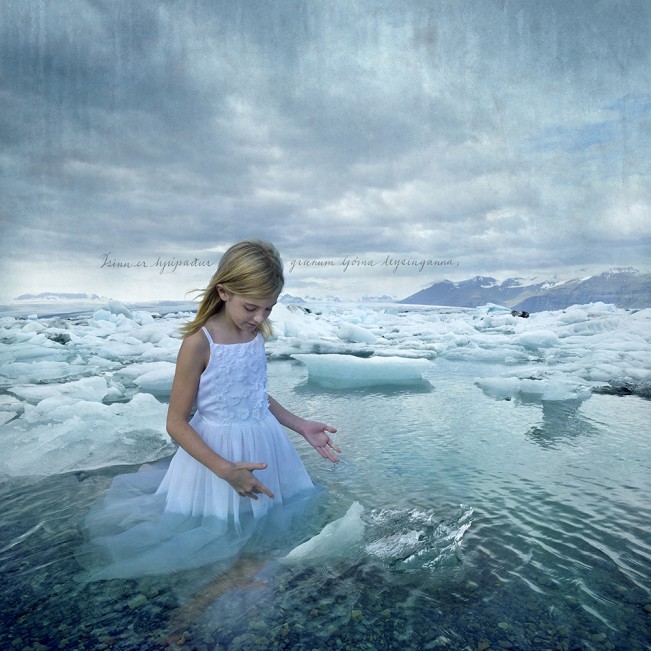 Out To Sea ©Tom Chambers 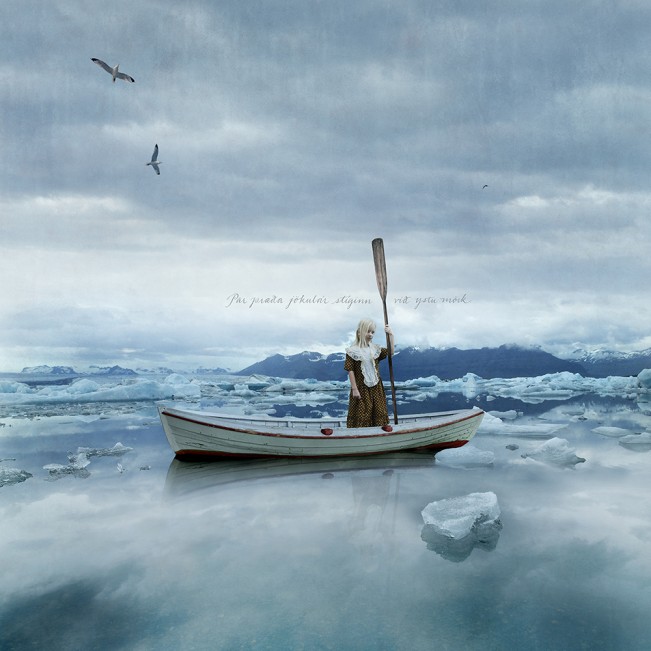 One Oar Out ©Tom Chambers 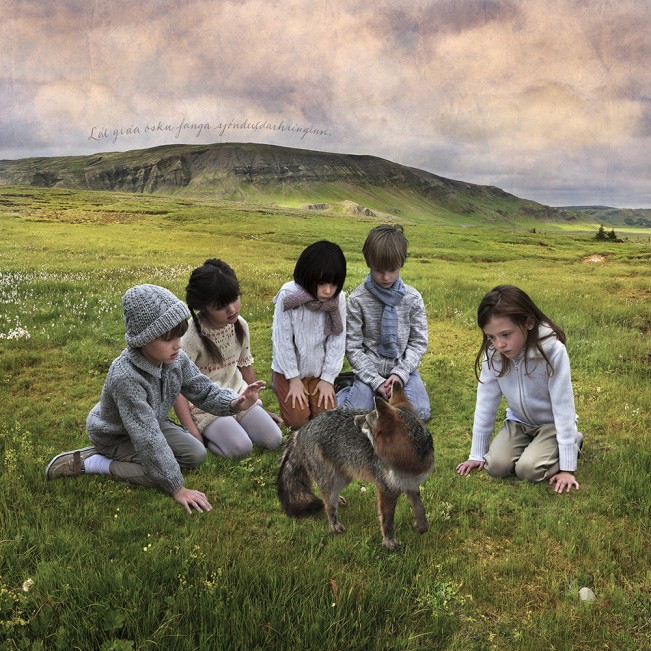 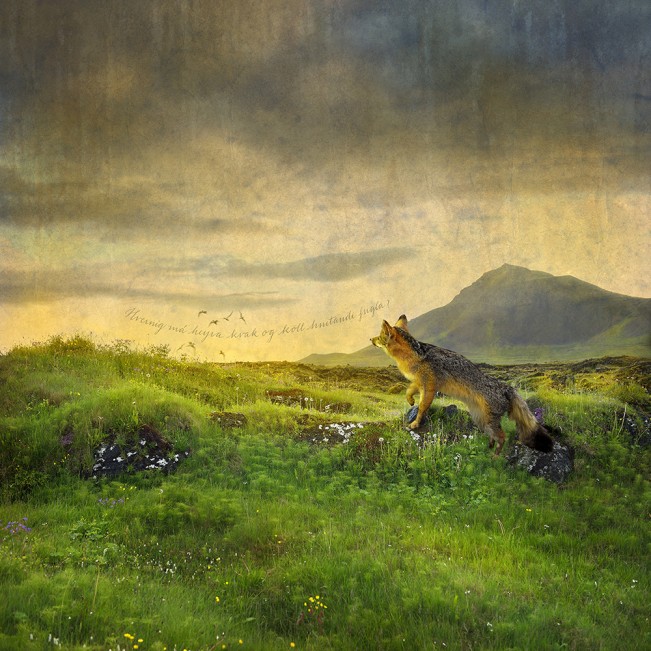 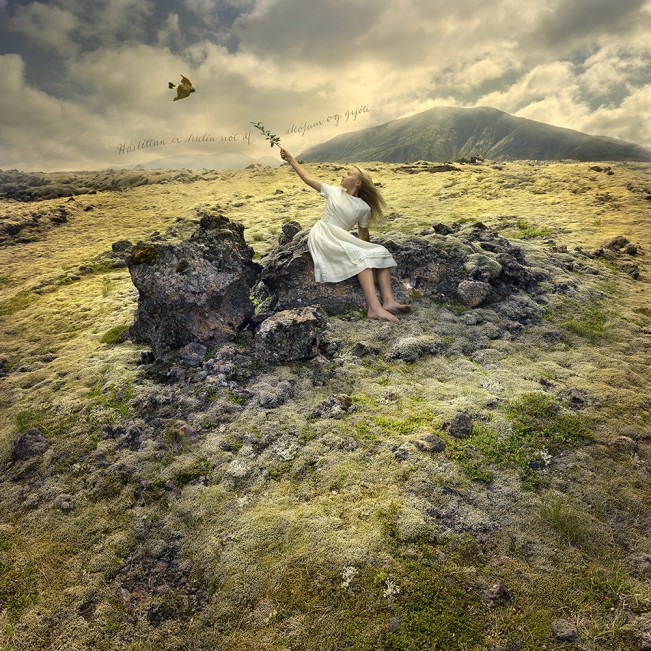 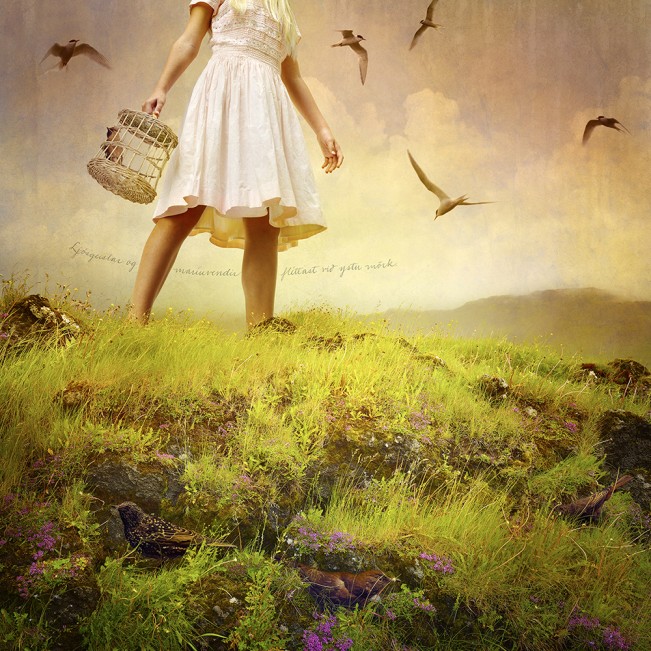 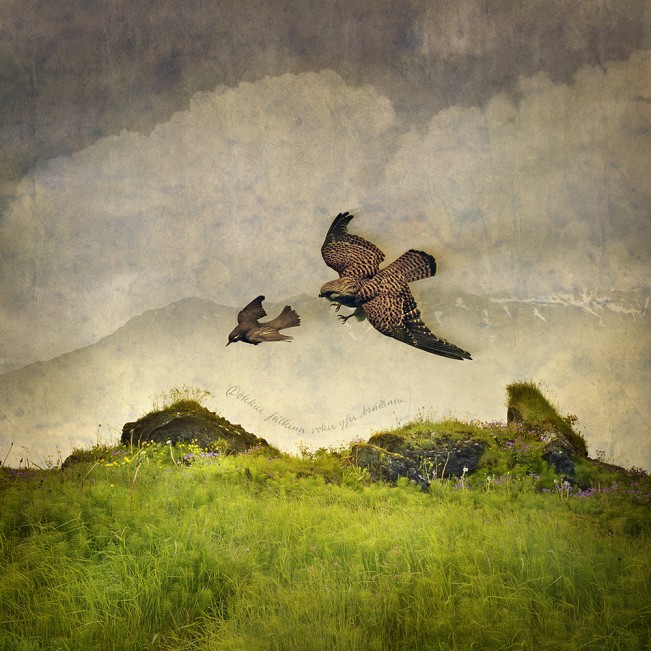 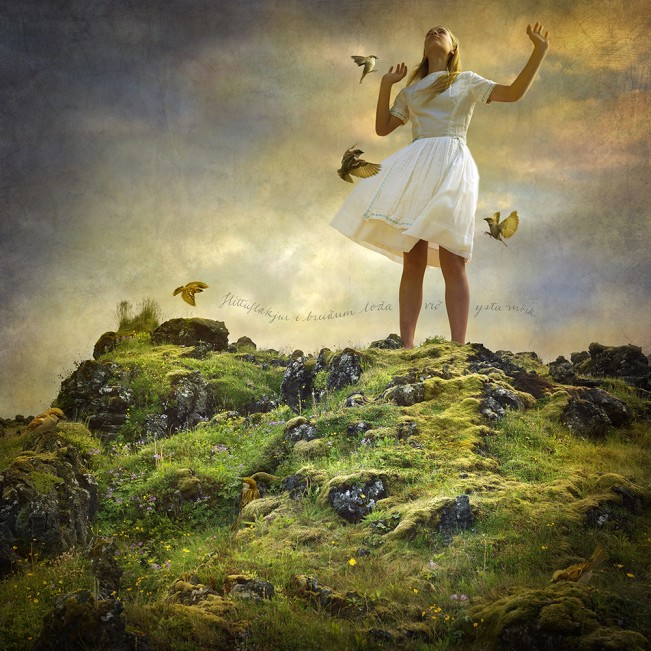 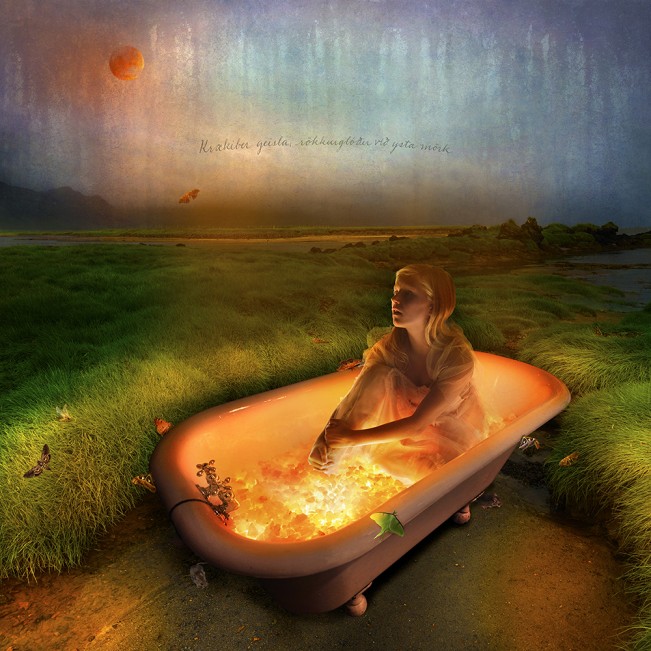 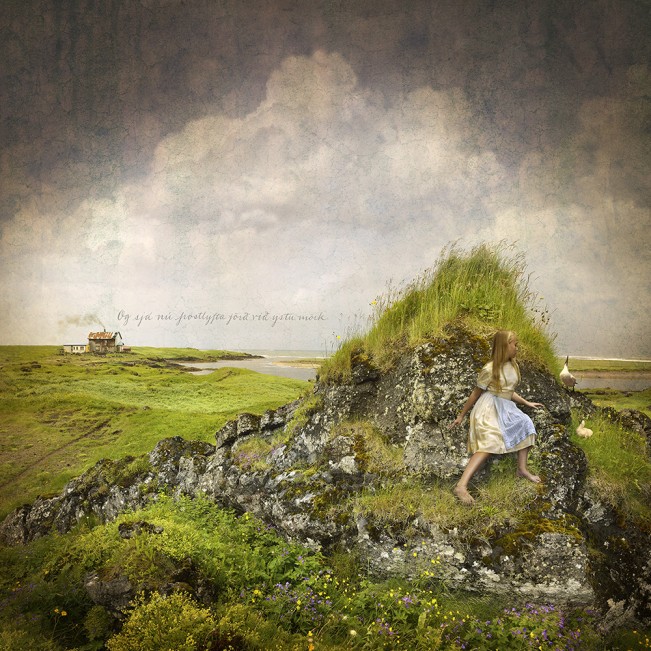 Beyond the Upheaval ©Tom Chambers 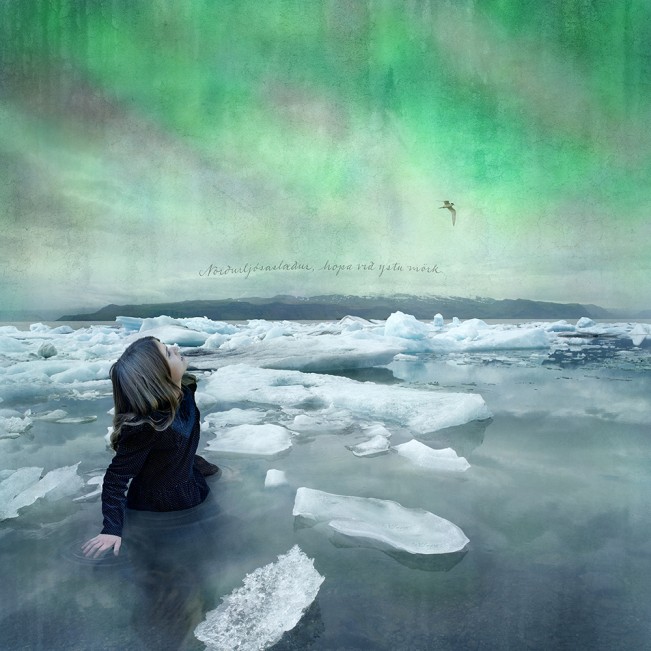