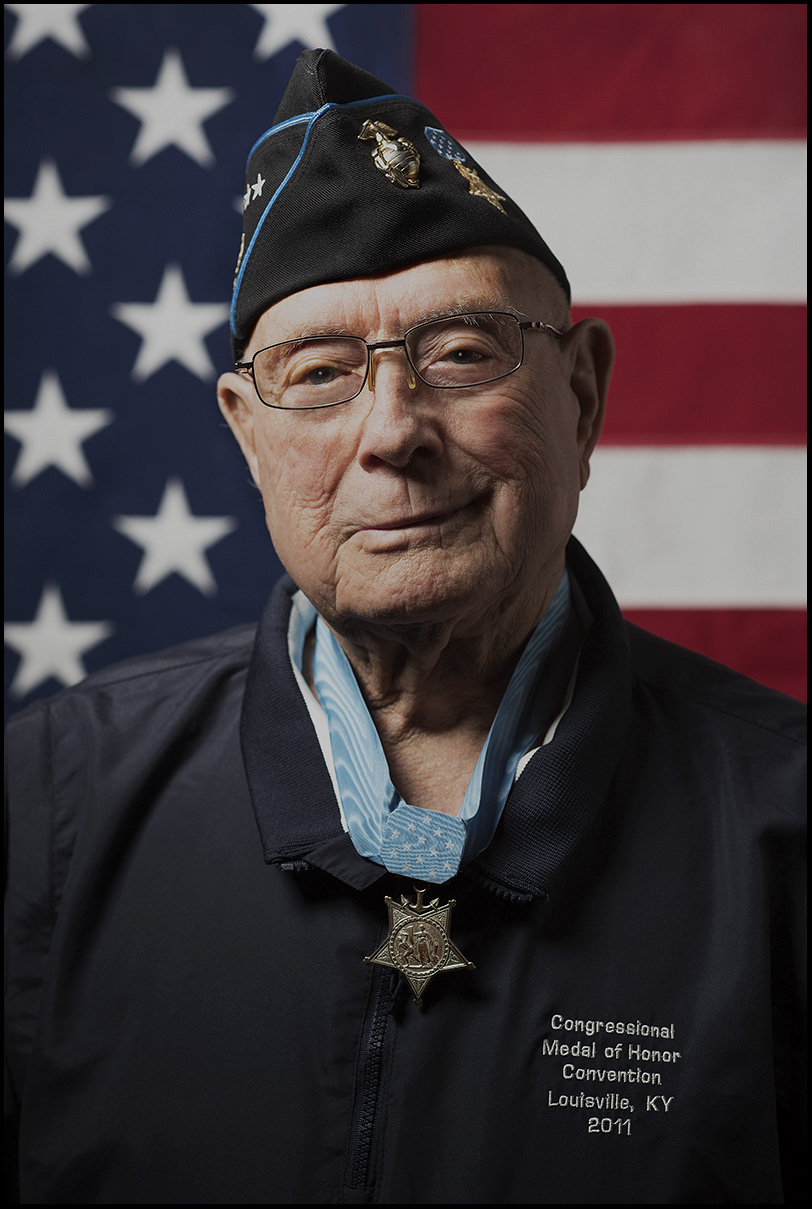 I have wanted to write about the talented and assiduous photographer, D. Clarke Evans, for a long time. He was simply too busy leading a remarkably photographic life as the long time President of the Texas Photographic Society and team photographer for the San Antonio Spurs, a position he has held since 1987. Committed to his craft and his community, Clarke set the bar for giving back and providing exposure and connection to hundreds of photographers over the years. Two years ago, he handed the mantle of TPS president to Amy Holmes George and left his position with the Spurs, but that doesn’t mean he has slowed one bit.

His newest project is to document WWII Veterans and Marines while there is still time to capture their experiences and celebrate their commitment to their country.  Clarke describes his goal for the projects: each participating veteran will be photographed and interviewed in their home. The final exhibition images will be accompanied by a bio sheet on each featuring the highlights of the interview and a small photo from their active duty days. As a thank you, each participant is given a 7×11 photo framed to 14×17 from the photo session. The project will result in a museum and gallery exhibition and a book.

Just this year images from both projects have been accepted into five group exhibitions. In addition, Clarke was the Featured Artists at the recent Longview Museum of Art’s East Texas Fine Arts Show, and future one person shows are scheduled for Incarnate Word University’s Art Gallery, SRO Gallery at Texas Tech, and the National Museum of the Pacific War in Fredericksburg, TX.

Clarke is a graduate of Brooks Institute of Photography, served six years in the Marine Corps Reserve from 1964-1970 and was honorably discharged as a Sergeant. He also has a Master of Arts degree in Museum Science from Texas Tech. Recently, he resigned as the team photographer for the San Antonio Spurs to devote all his time to the two personal projects. He is also the recent Past President of the Texas Photographic Society (TPS),  a non-profit organization devoted to fine art photography. Under his leadership, TPS sponsored 54 exhibitions that were shown in 21 Texas cities, New York, Florida, and California. Through sister organizations in Europe, TPS exhibited members images in France, Italy, Germany, and Greece. The Board of Directors honored him with the title of President Emeritus. 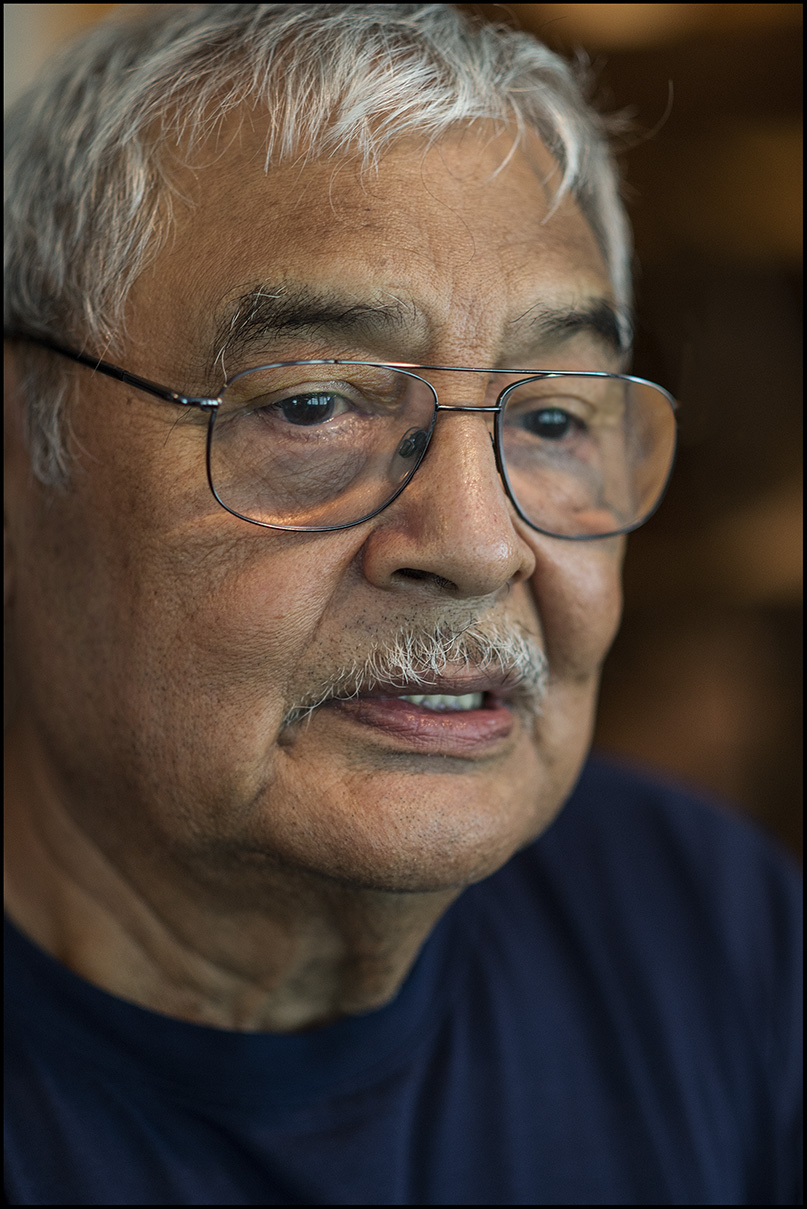 Every Marine has a story to tell, a set of compelling experiences to share, before, during and after their military service. The portraits in this project capture the proud, “always faithful” spirit of these men and women and the honor they have brought to their country. The images and words illuminate faces and lives across generations, revealing the character and strength of those who have served around the world. Each portrait contains a glimpse of war, a reason for joining this fabled fraternity, and a reveal of life today, beyond the conflicts that shaped them. As civilians, they have distinguished themselves as artists and teachers, mechanics and salesmen, healthcare workers and videographers. The gallery shows how they remain linked to an immortal brotherhood – the United States Marine Corp. The project has evolved into exhibitions and eventually a book. 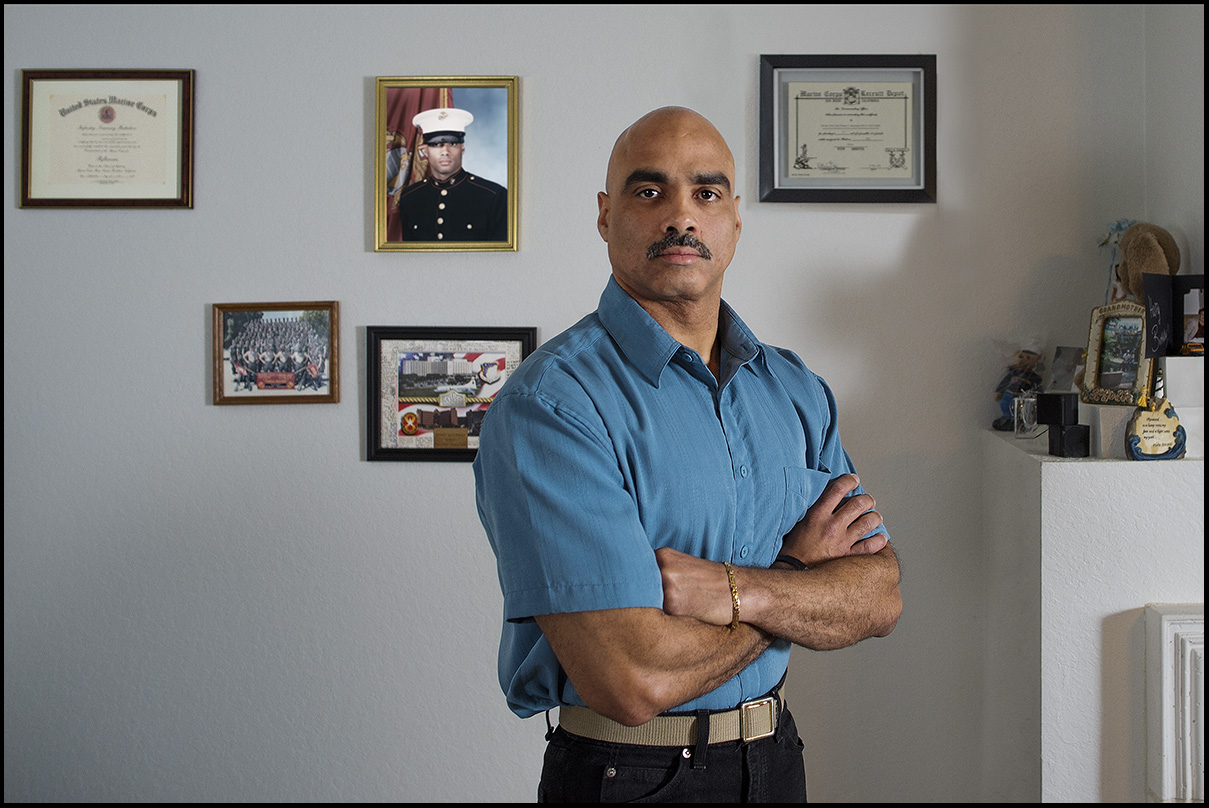 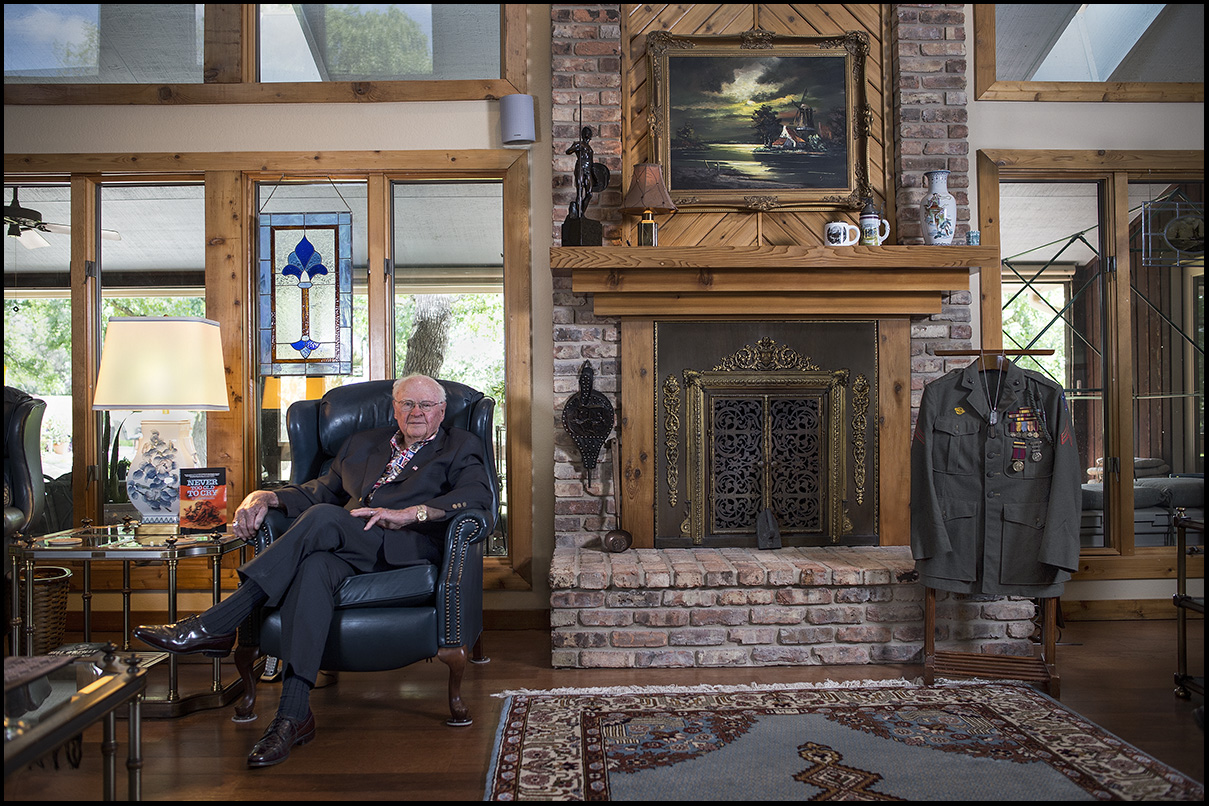 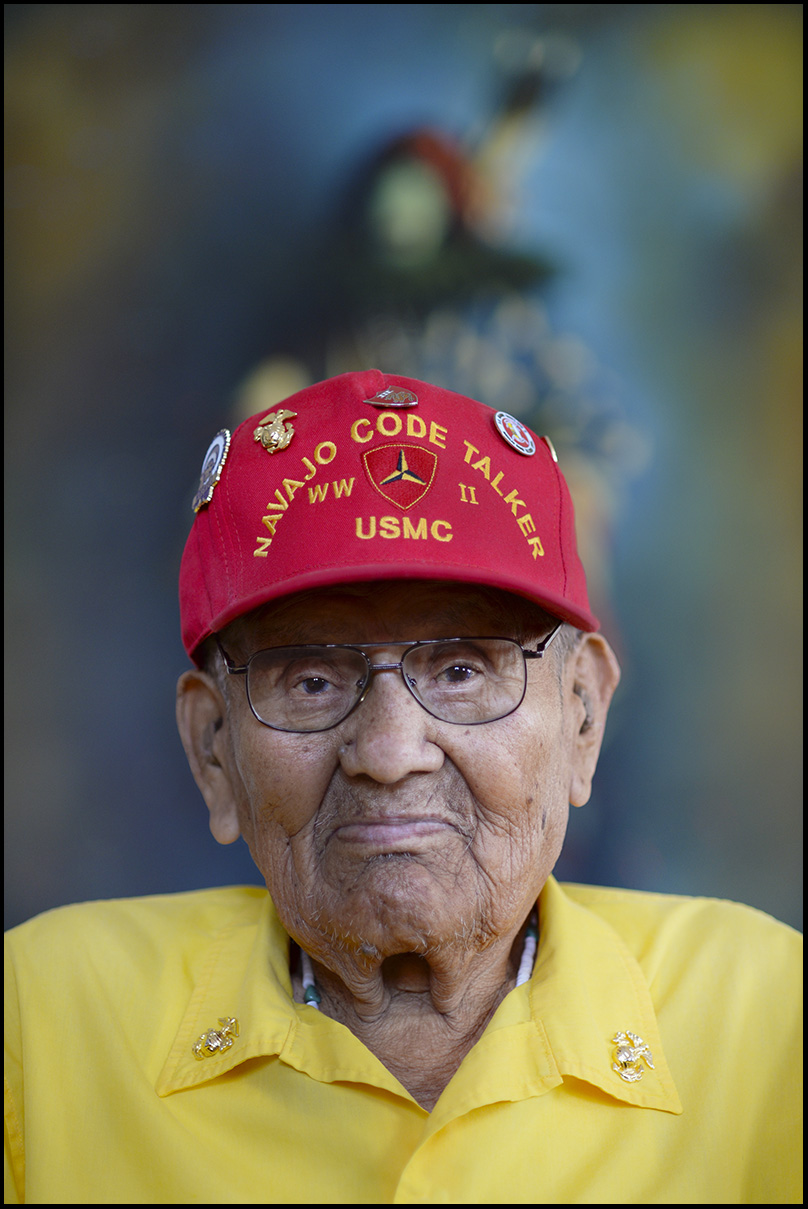 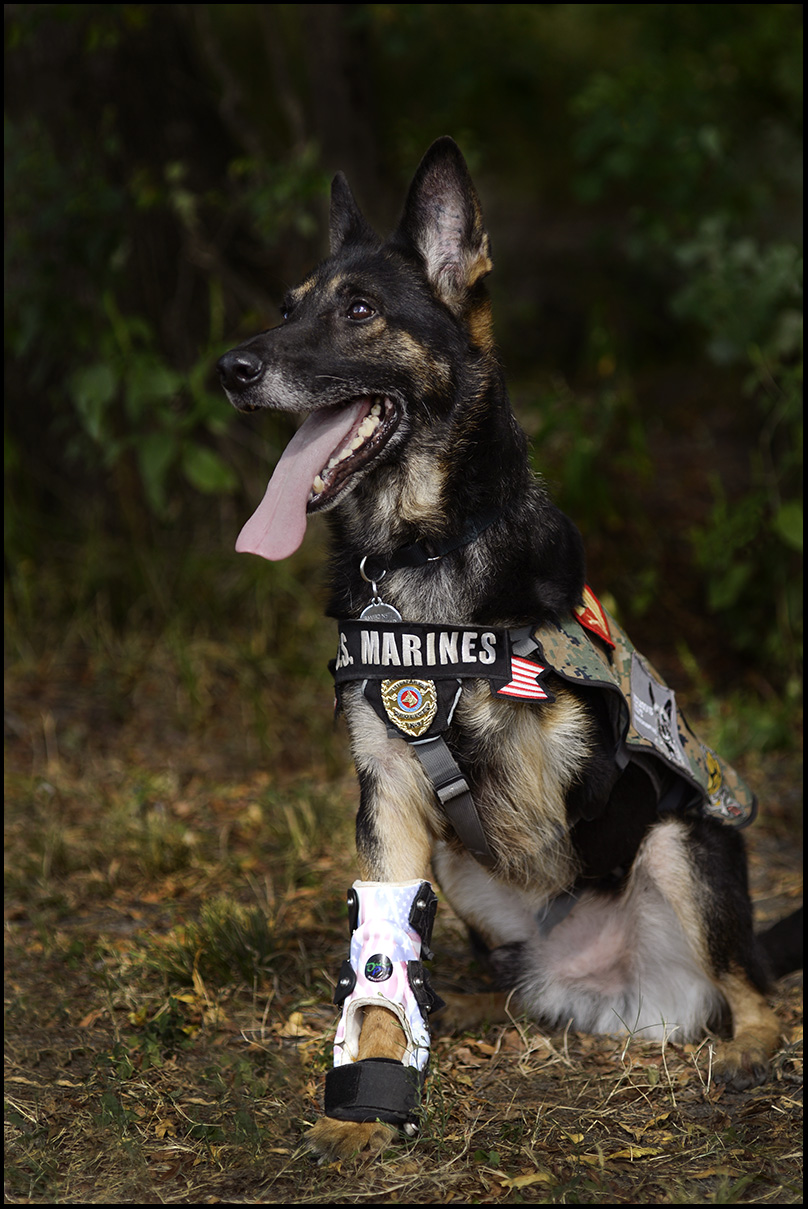 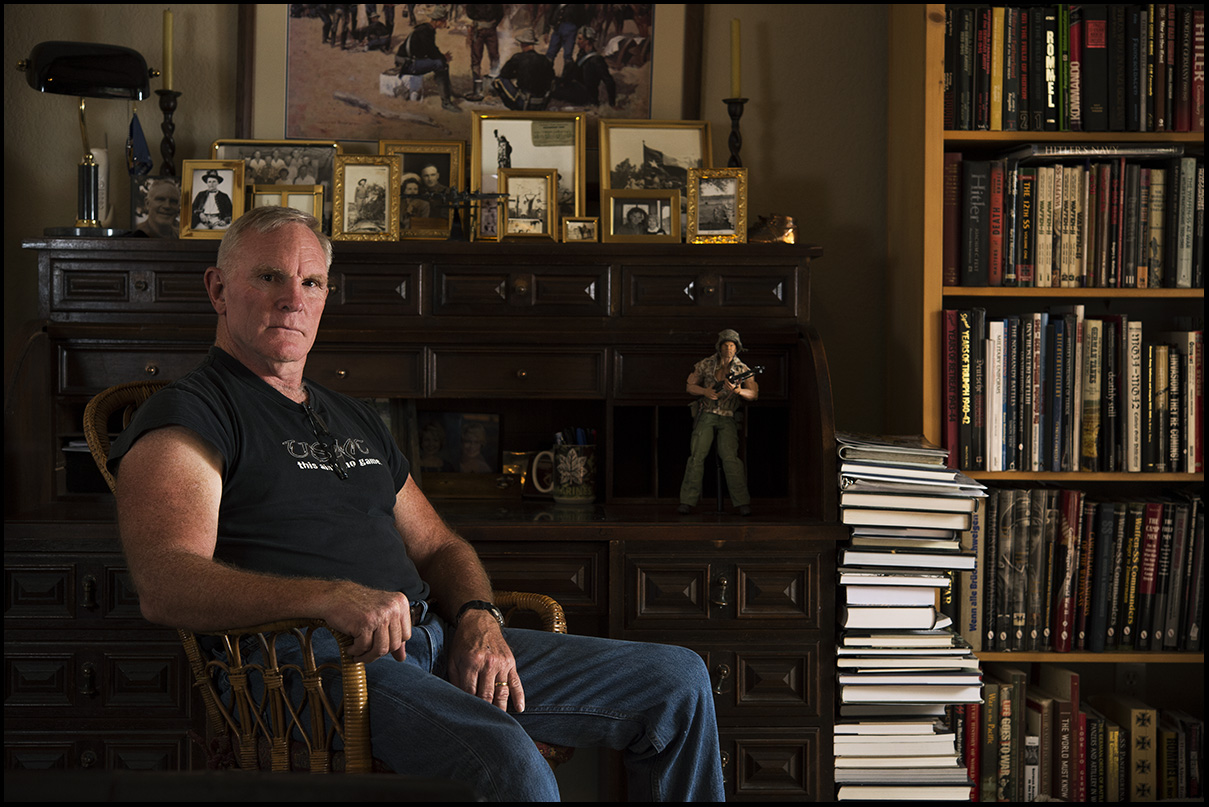 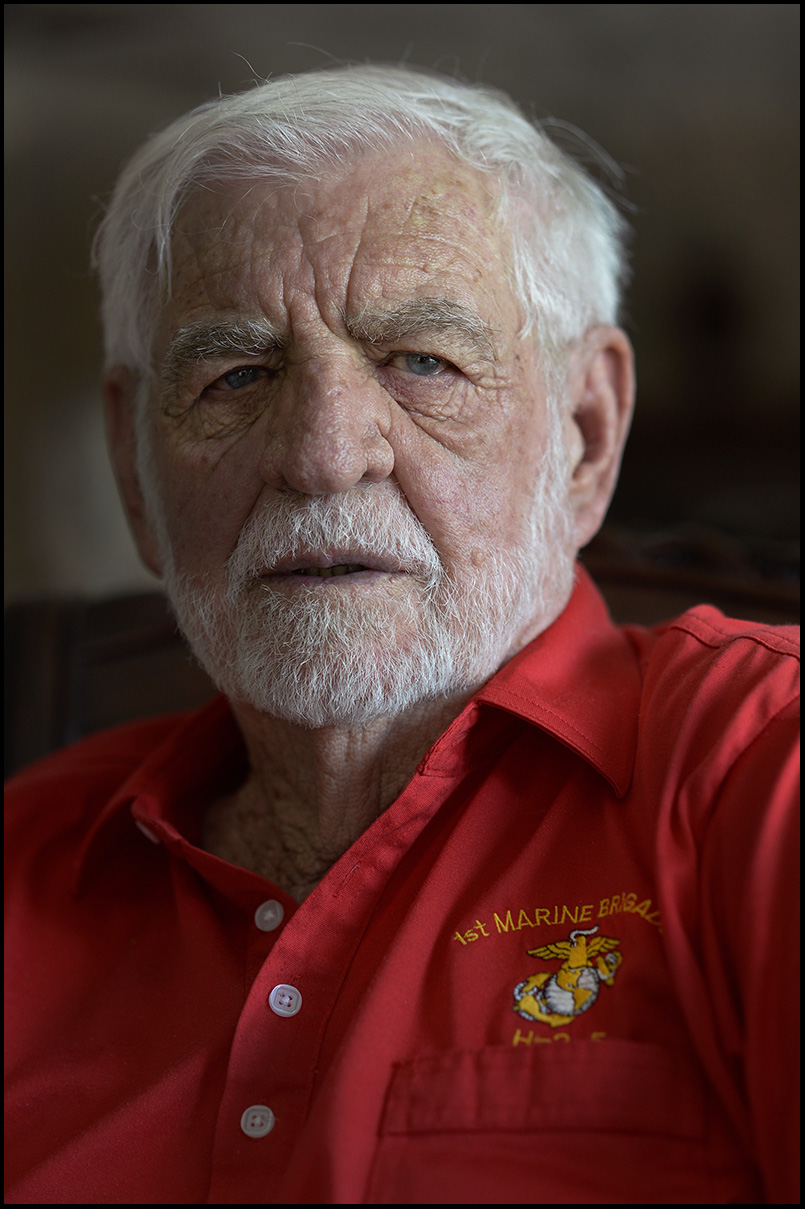 The Greatest Generation led the U.S. to victory in World War II. More than 16 million American served in the conflict. According to the U.S. Veterans Administration, fewer than 700,000 remain. Approximately 430 are dying each day, almost one every three minutes. It is estimated there will be no veterans left to recount their experiences by 2036. This project will preserve important stories and memories from World War II.

The men and women who served in this conflict did not view themselves as heroes. As Lt. Col. Dick Cole, Jimmy Doolittle’s co-pilot, once explained, “We were just doing our jobs.” Humility is a defining trait of WW II veterans. Courage and resiliency are two others. In this project, I honor veterans with revealing snapshots of their lives. Each is photographed in a contemporary setting to show how they look today, decades removed from their service in one of history’s greatest conflicts. 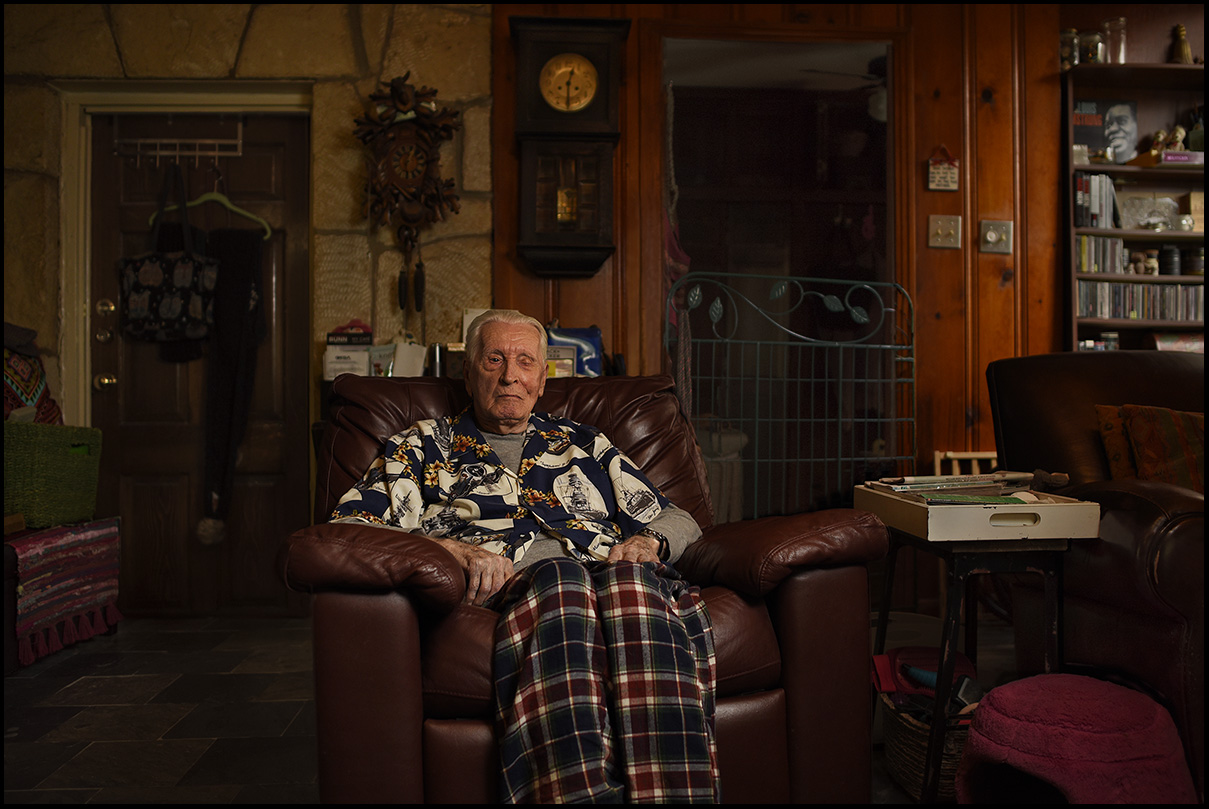 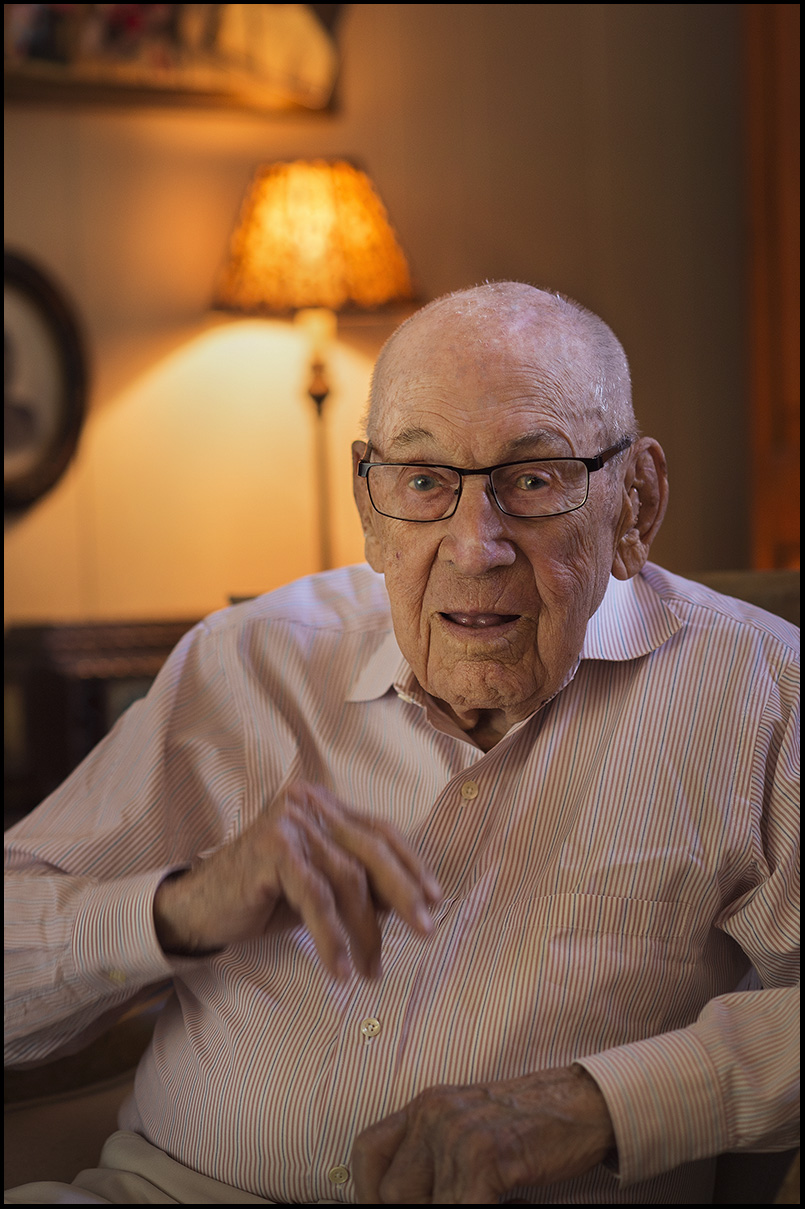 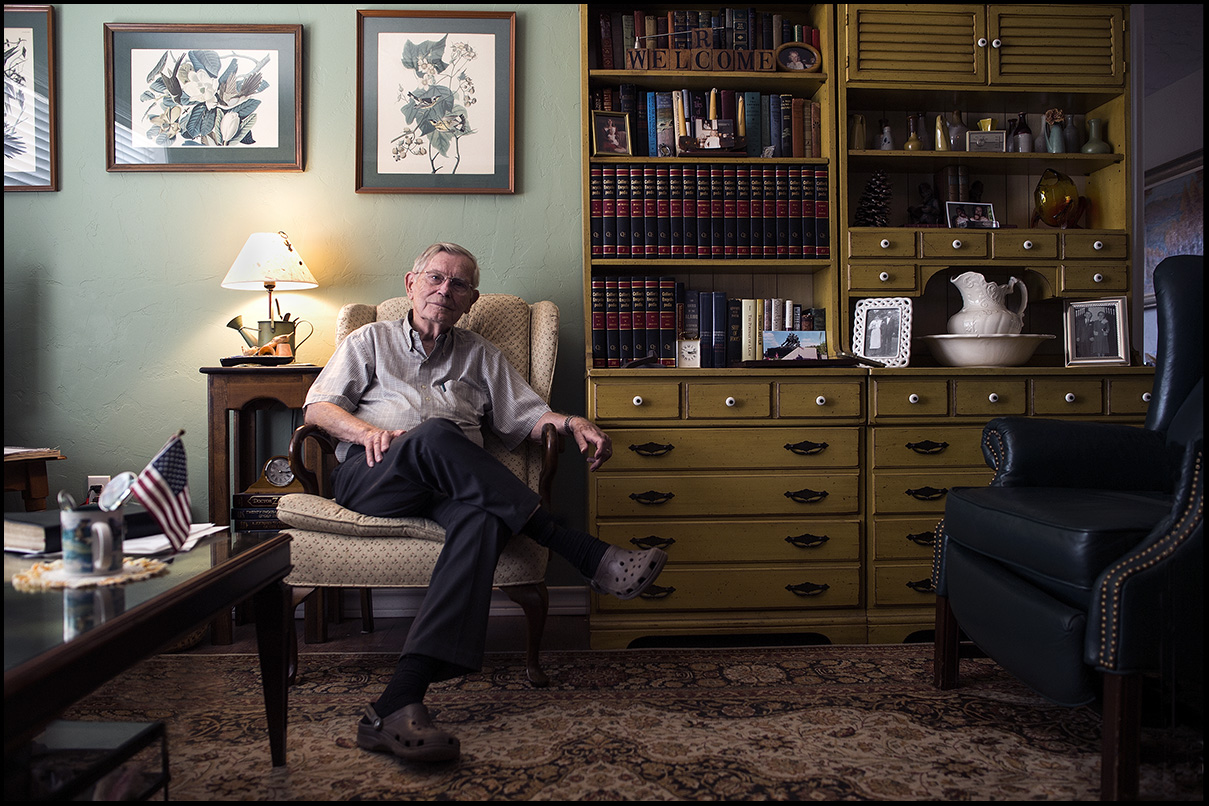 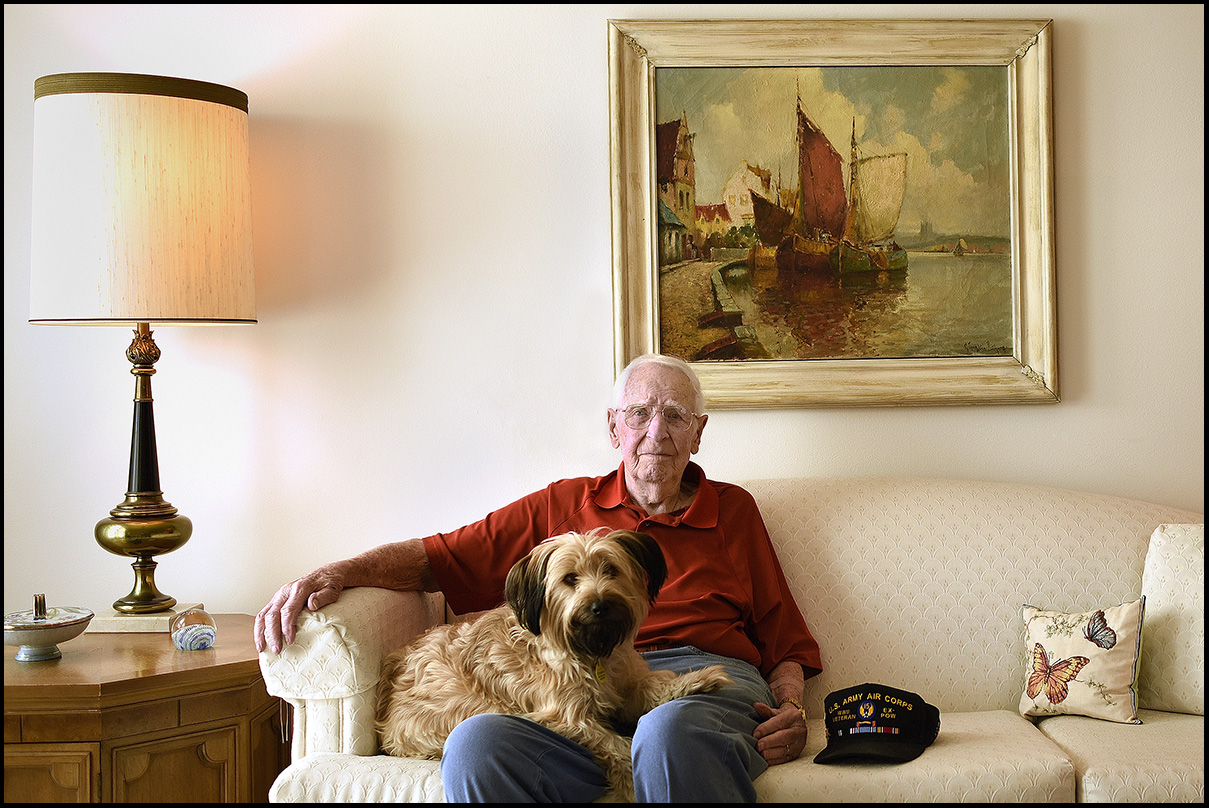 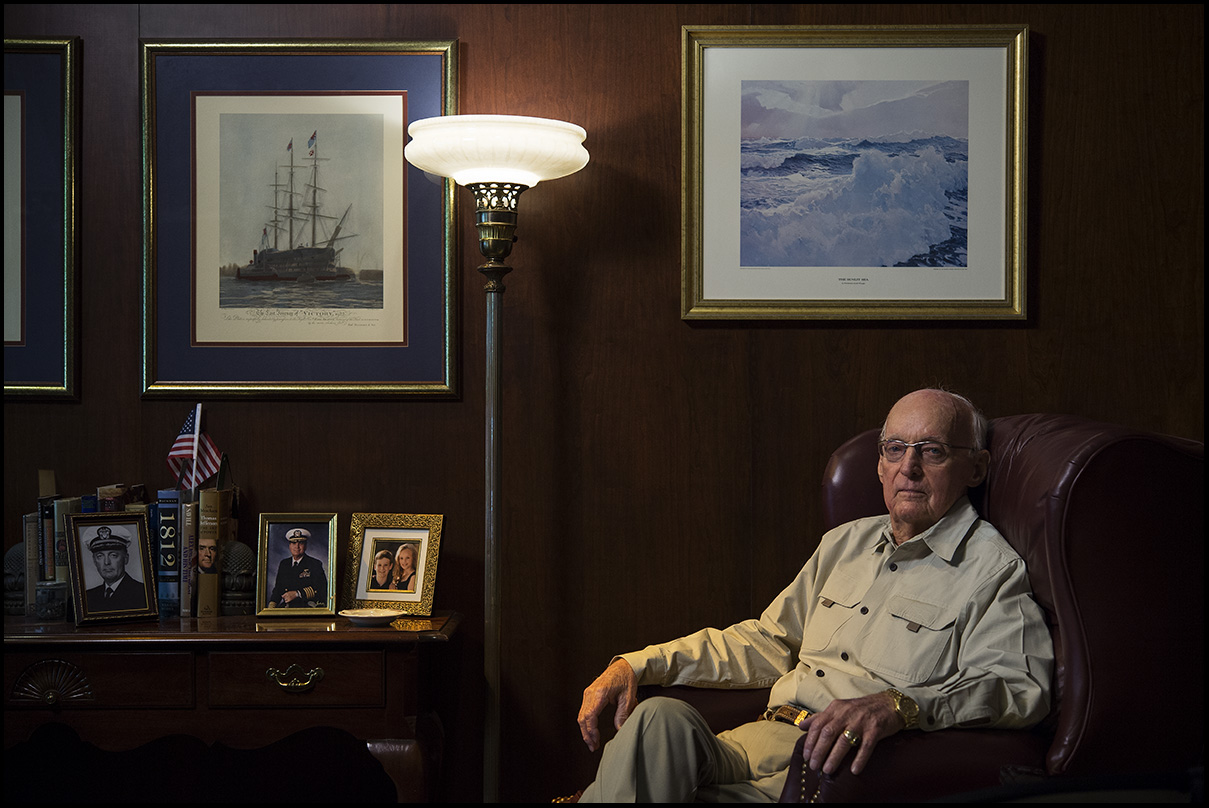 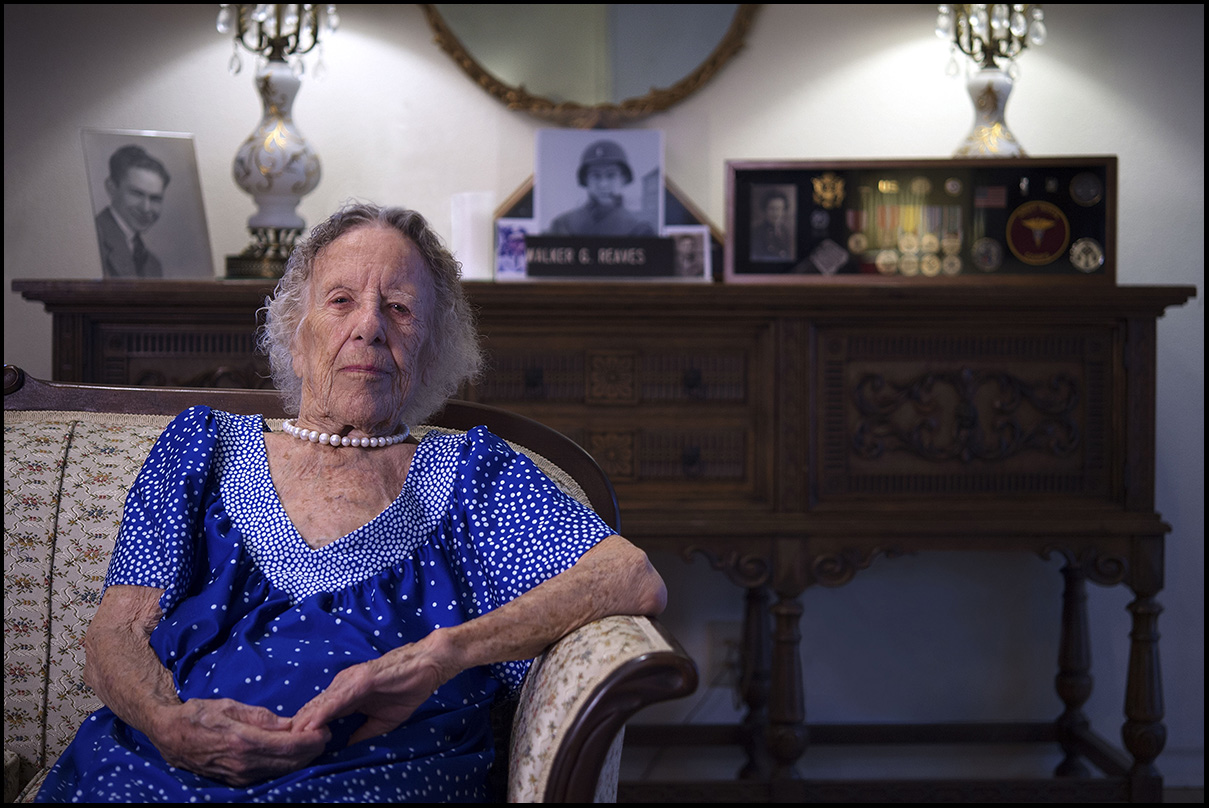 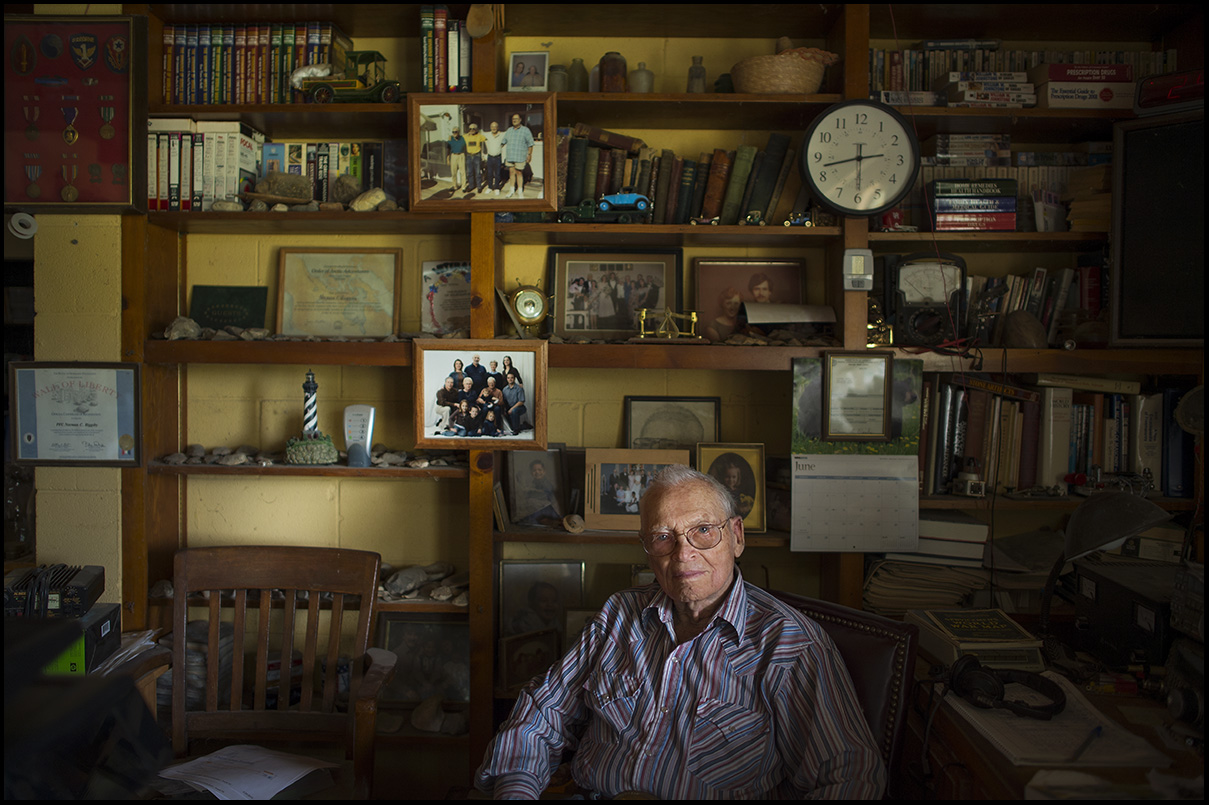 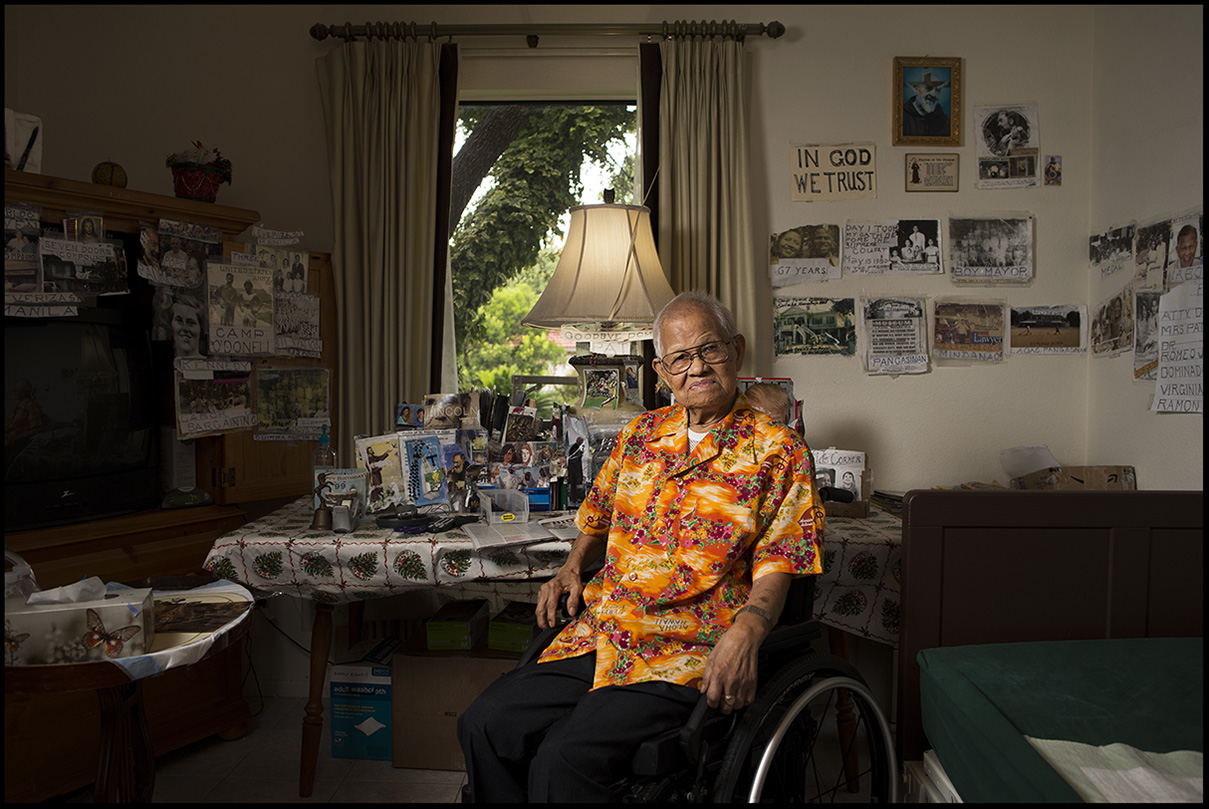 NEXT | STUMP at the Candela Gallery >
< Jessica Eve Rattner: House of Charm | PREV