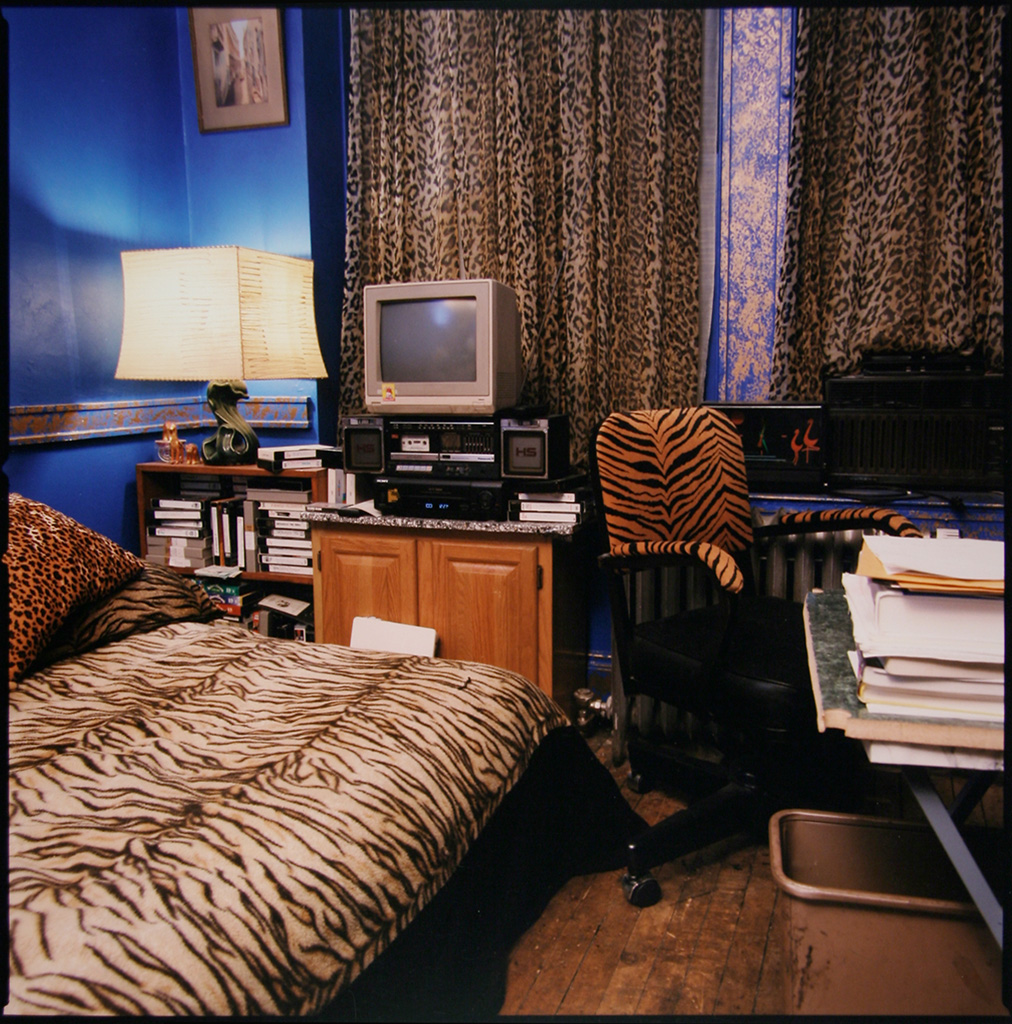 The Dana Hall Art Gallery at The Dana Hall School in Wellesley, MA presents an exhibition, A Sense of Place, running Feb. 15–March 9. The show features the work of photographers Stefanie Klavens, Sarah Malakoff and Remi Thornton. An opening reception will be held tonight, Feb. 23, from 5–7 p.m.

A Sense Of Place brings together the work of three Boston-area photographers whose images of interior spaces and exterior landscapes are charged with illuminating details and psychological content. With their meticulous approaches to picture-making, their artistic similarities and differences offer us a rich visual dialogue. All three artists explore notions of identity, both cultural and personal, while intentionally eschewing any inclusion of the human figure. All three artists are exquisite colorists who use the objective lens of the camera to explore subjectivity and point of view. The subject matter depicted in the selected photographs is grounded in the real world, and yet the resulting images create magical narratives that are open to interpretation.

I have always been drawn to photographic work that straddles the line between documentary and fine art. All three of these artists do that for me. There is also a distinct painterly quality about all of the photographs that I selected for the exhibition. To me, this means that the artists are working with a found color palette, responding to the effects of both artificial and available light. Through their artistic choices of framing certain objects and details in our lived and constructed environments, they give us an “art directed” version of the truth. They are not really “fictive truths” as some other photographer might manipulate domestic and suburban reality, like Gregory Crewdson, but they are portraits of places. I see the photographs as kinds of portraits of interior and exterior spaces.

In addition, all three artists seem to me to be interested in conjuring up the presence of people who live and work in these spaces that they photograph. This is even a stated goal. Un-peopled spaces. Presence through absence.  A certain feeling of alienation and familiarity.  Klavens, Malakoff and Thornton all create photographs which engage all of the senses.

As a gallery in a school, one of our goals is to present work to our students that poses questions and speaks to our times. Photographs by Stefanie Klavens, Sarah Malakoff and Remi Thornton do just that.

Stefanie Klavens is “inspired by the seemingly banal; the mundane that hides subtle clues and hints about how our species lives. The everyday object possesses a talisman-like quality and forms the narrative of the human experience.” 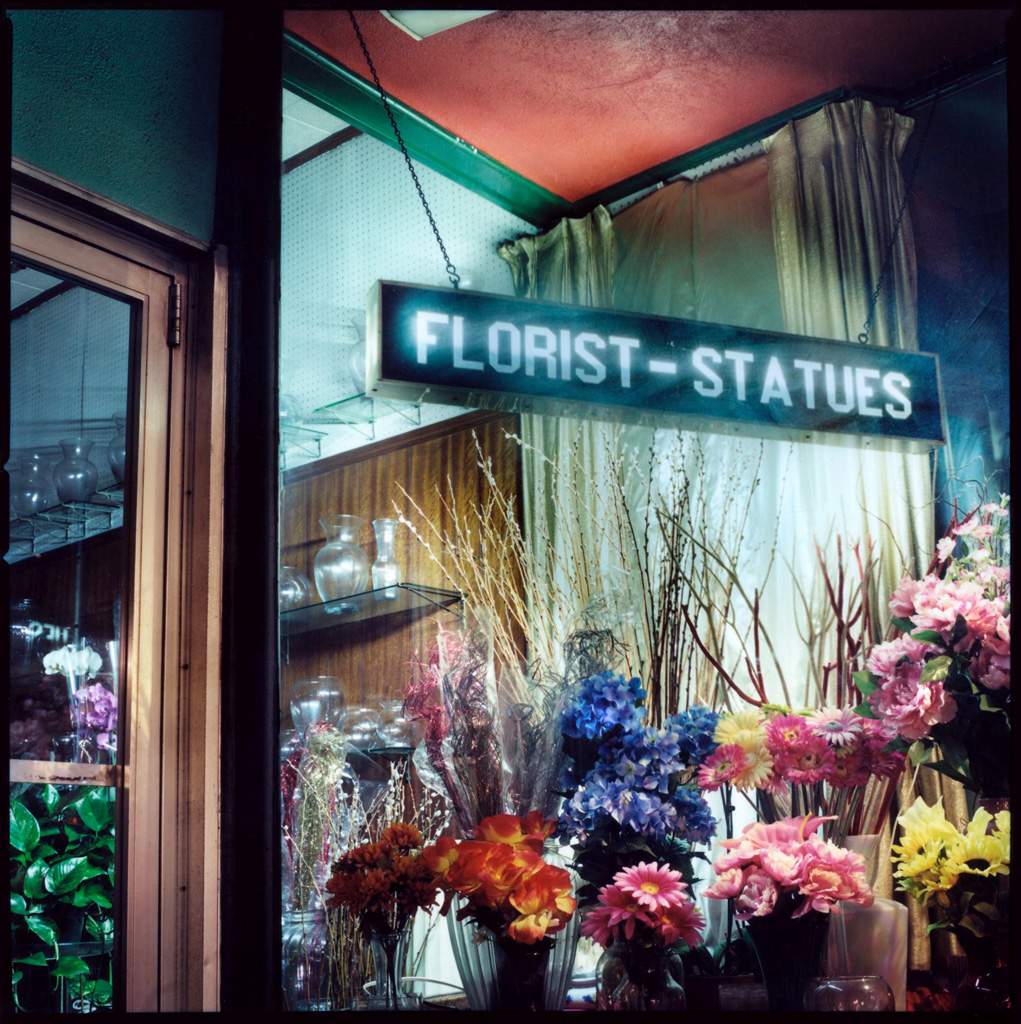 Stefanie Klavens studied at the School of the Museum of Fine Arts, Boston, Massachusetts, where she received her BFA and was awarded a Traveling Fellowship. She has received grants from Massachusetts Cultural Council, the Artists Resource Trust, and was a finalist for the APA/Lucie Foundation Scholarship in 2014. Solo exhibits include Davis Orton Gallery, Hudson, NY; National Heritage Museum, Lexington, MA; Vermont Center for Photography; and Catamount Arts Center, Saint Johnsbury, Vermont. Her work was featured in a three-person exhibit at the Photographic Resource Center, Boston, MA, in 2013. She has also shown at the Griffin Museum of Photography, Winchester, MA; Panopticon Gallery, Boston, MA; Houston Center for Photography, TX; Danforth Museum, Framingham, MA; Boston Center for the Arts, MA; and Tufts University, Medford, MA. Klavens’ work has appeared in Yankee Magazine, the Boston Globe, and is held in many private collections. Her work has been featured online in CNN’s Ones to Watch, Lenscratch, and Slate. 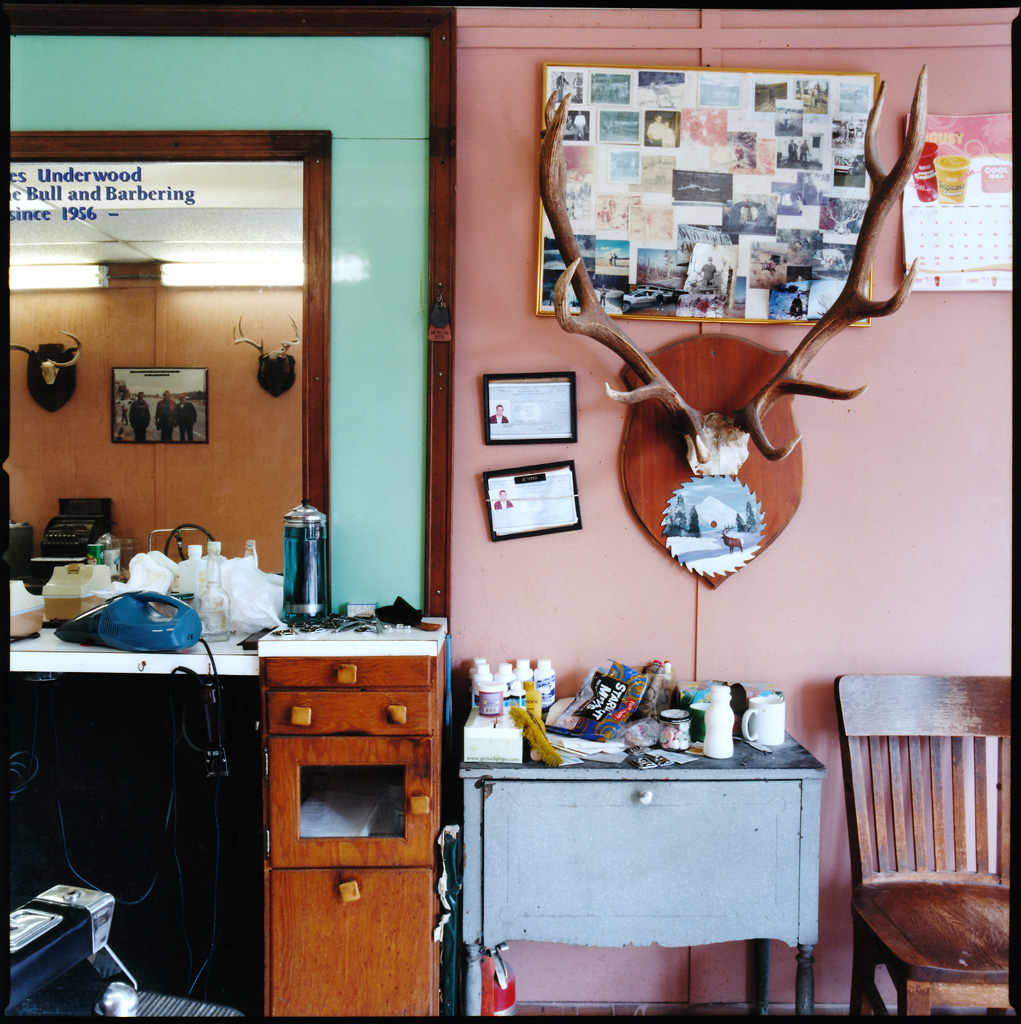 Through my work I explore the importance of place, and document of visual aspects of the American social landscape. I photograph the small-scale drama of everyday life, things we pass by countless times without stopping to give them a second thought or look.  These are portraits of people through the places they inhabit, life captured as still life. I’m inspired by the seemingly banal; the mundane behind which hides subtle clues and hints about how our species lives. The everyday article possesses a talisman-like quality and forms the narrative of the human experience. The places I photograph are empty, but beyond the boundaries of the frame the feeling of human presence is always there.

My photographs don’t tell a story as much as they ask a question, putting the viewer in the role of voyeur looking in from the outside. I am drawn by the fact that each object tells a story. These intimate, frozen moments serve to reflect, in a larger way, the varied aspects of our culture and how we go about our lives. 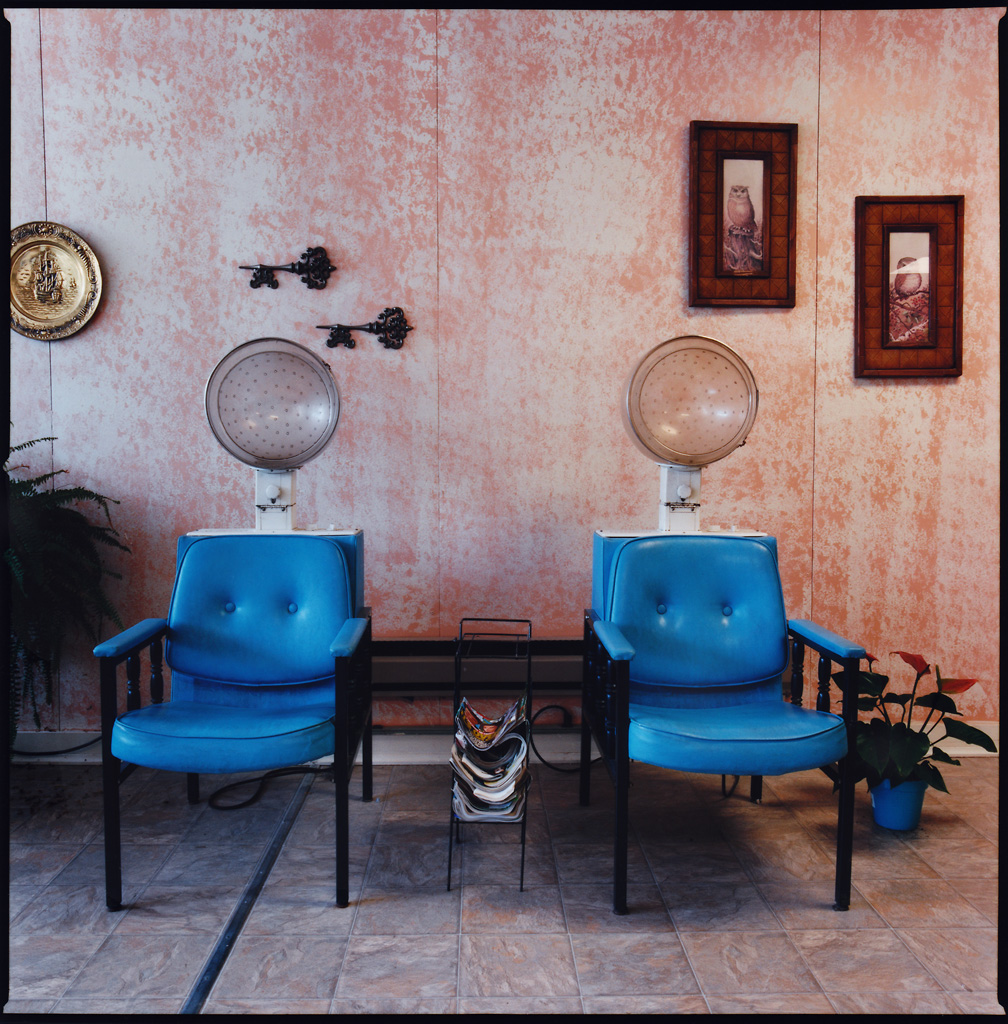 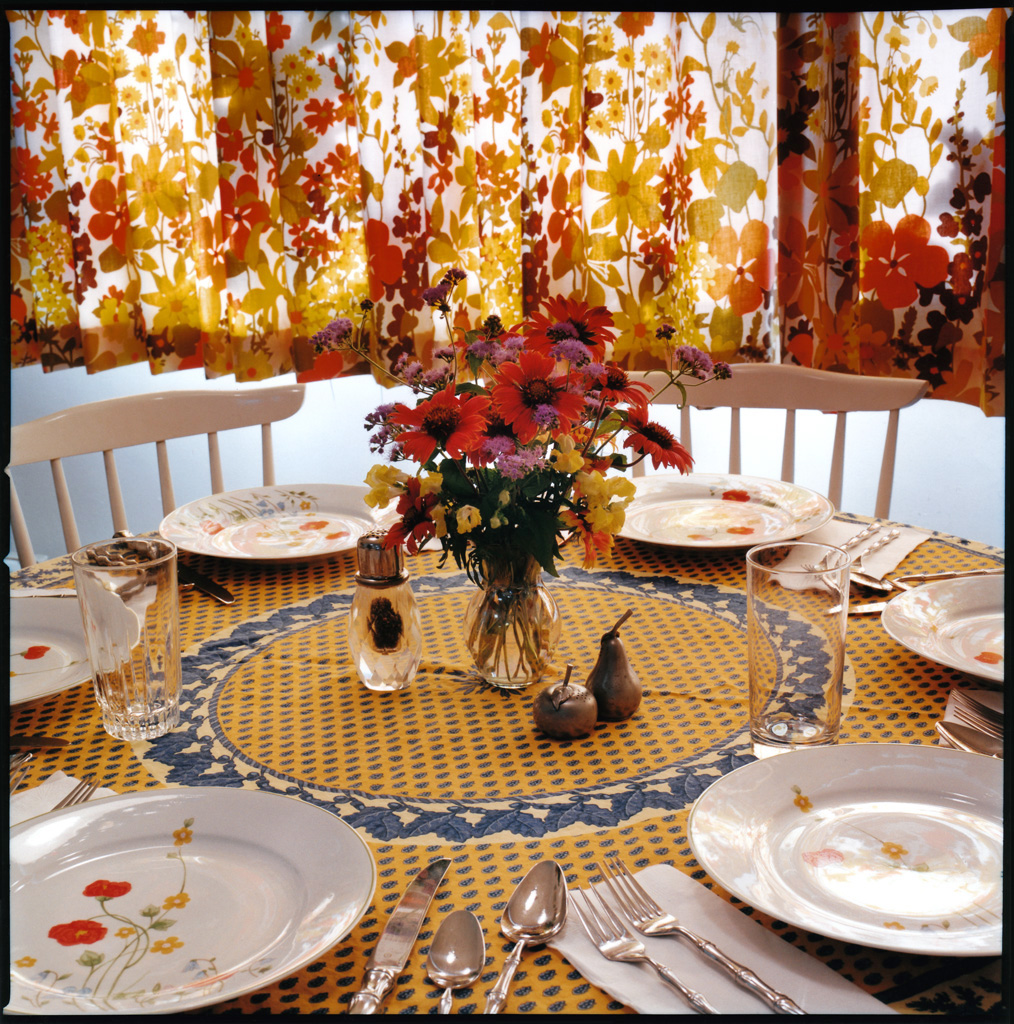 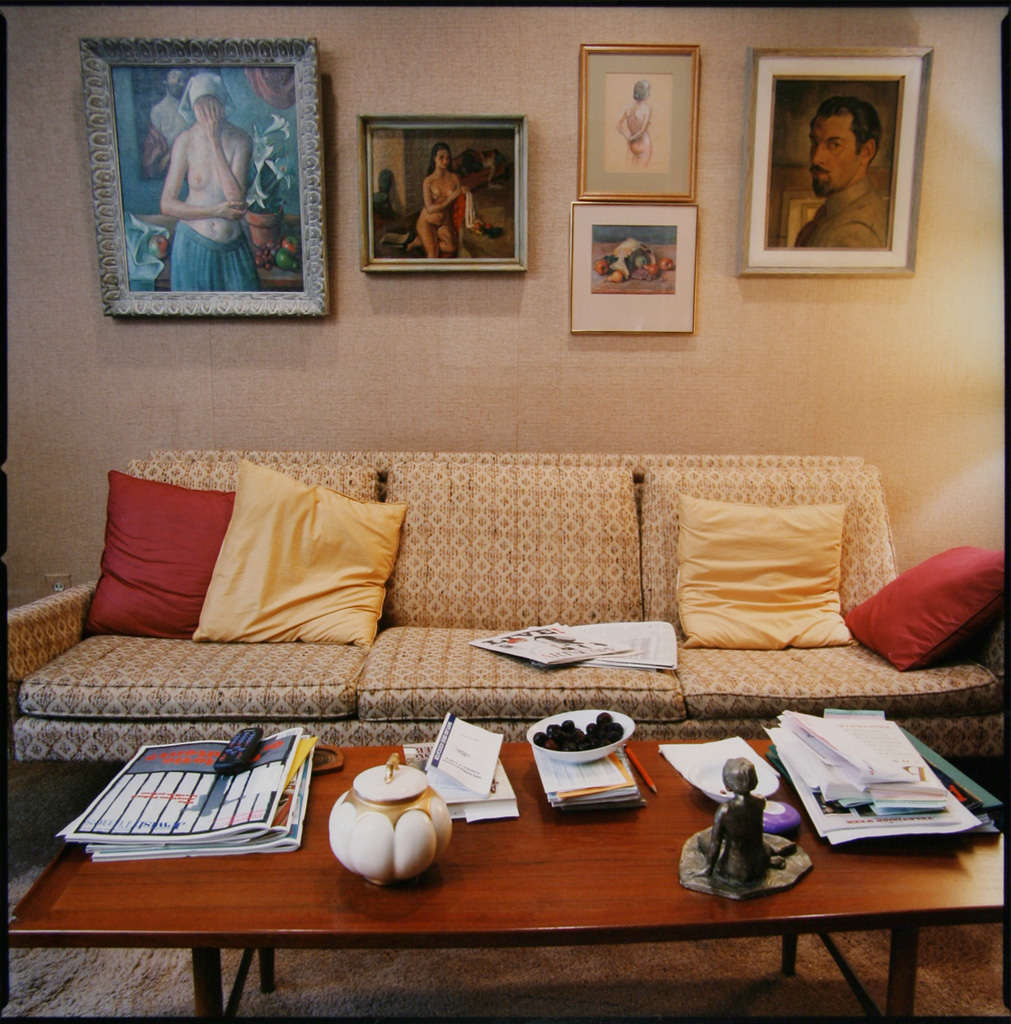 In Sarah Malakoff’s words, the home is  “both a refuge from and at times a re-creation of the outside world.” Malakoff is specifically looking at the representation of the natural world within the home. “Landscape, weather, and wildlife lurk outside the walls,” Malakoff writes, “even as they are brought safely inside in the form of pattern, simulation, and domesticated animals.” 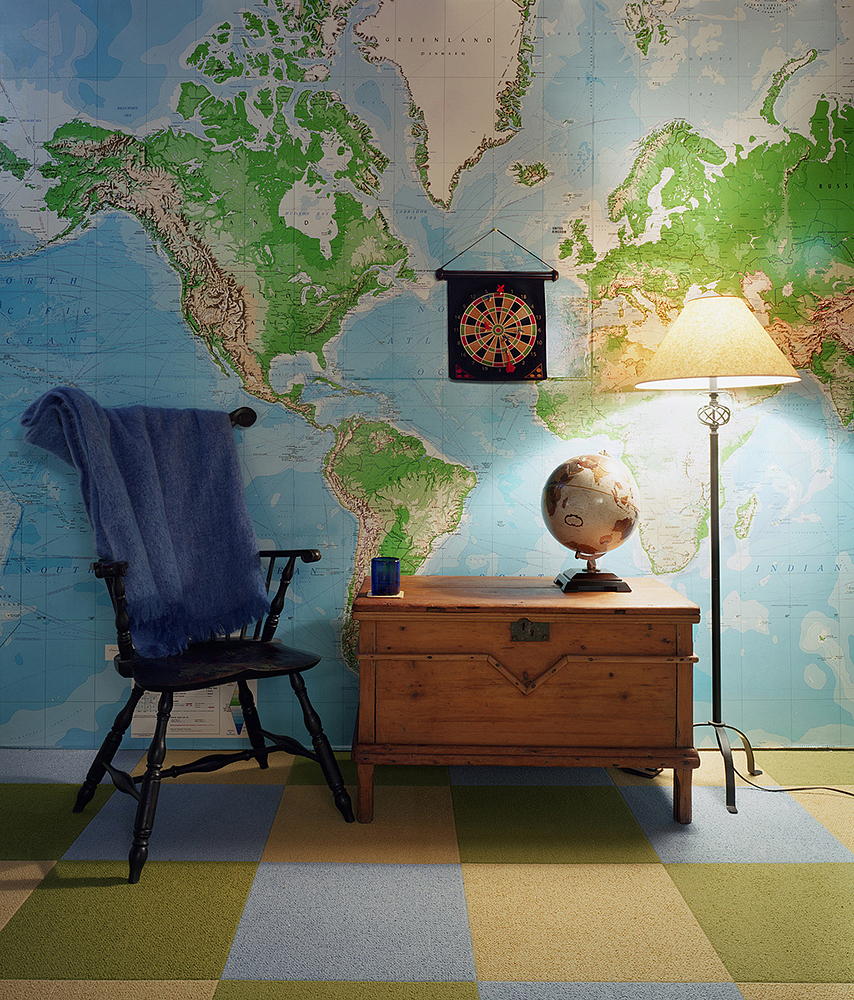 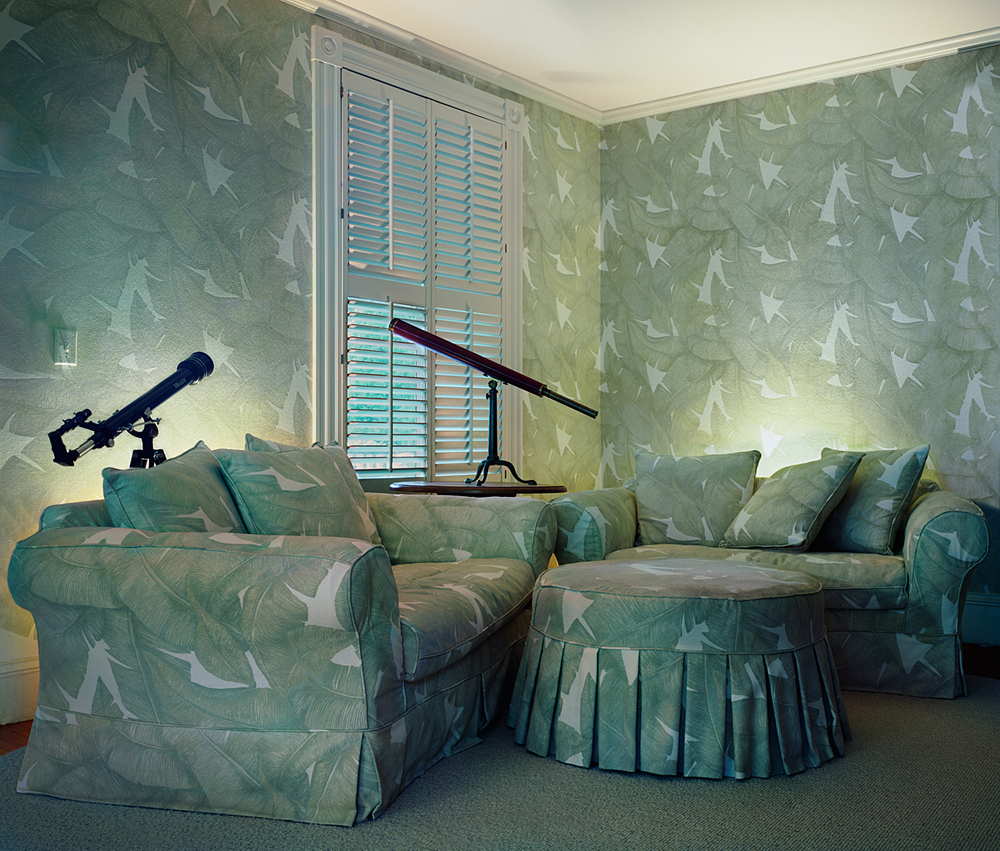 My photographs are a collection of private spaces that ask the viewer to imagine the people who inhabit them. We see both the unique ways we live behind closed doors, as well as the universal impulse to control our environment. In my images, the home is seen as both a refuge from and at times a re-creation of the outside world. For example, doors and windows can both frame exterior views and serve to keep the elements at bay. Landscape, weather, and wildlife lurk outside the walls even as they are brought safely inside in the form of pattern, simulation, and domesticated animals. Tensions and humor appear between absence and presence, genuine and artificial, the domestic and the natural worlds. 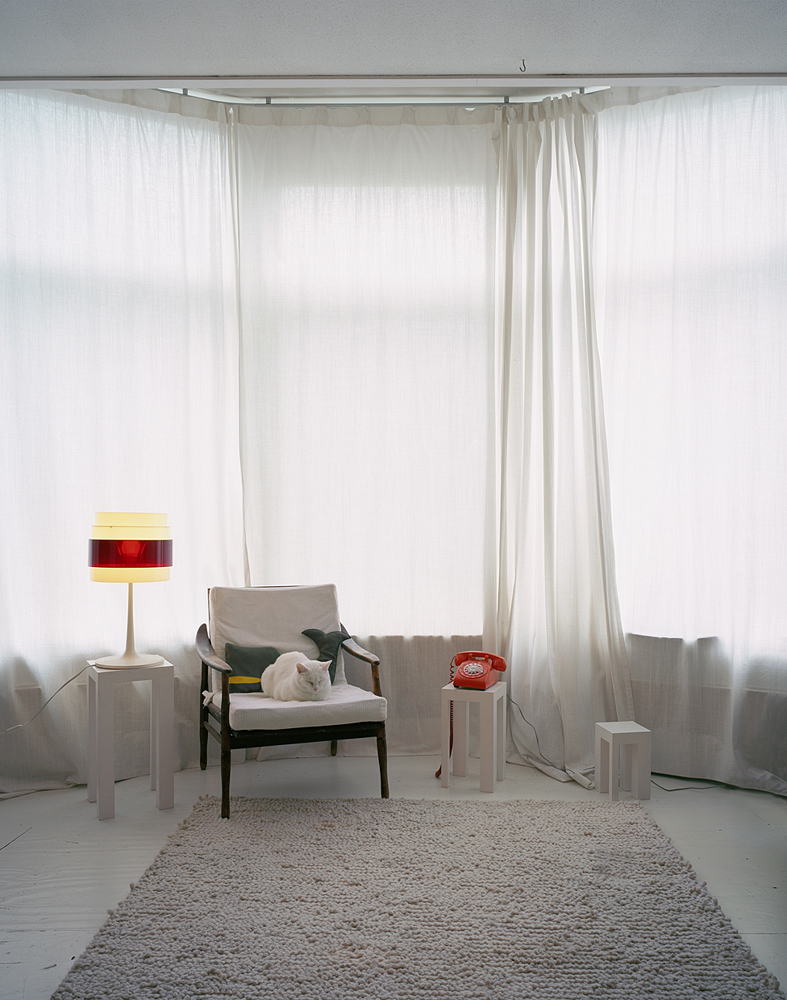 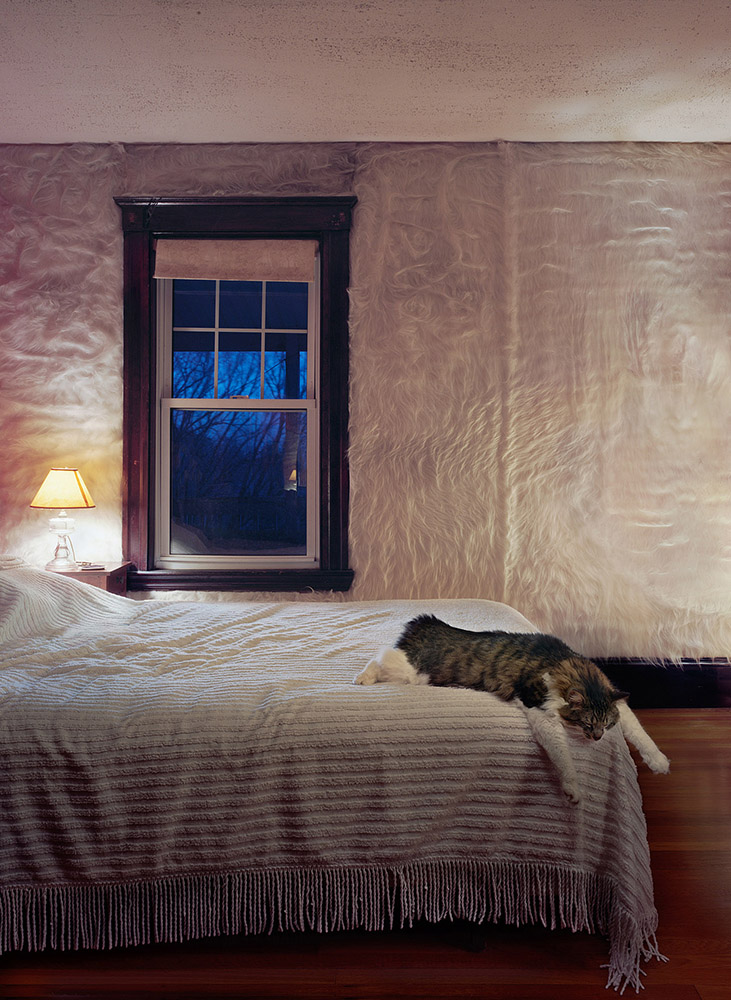 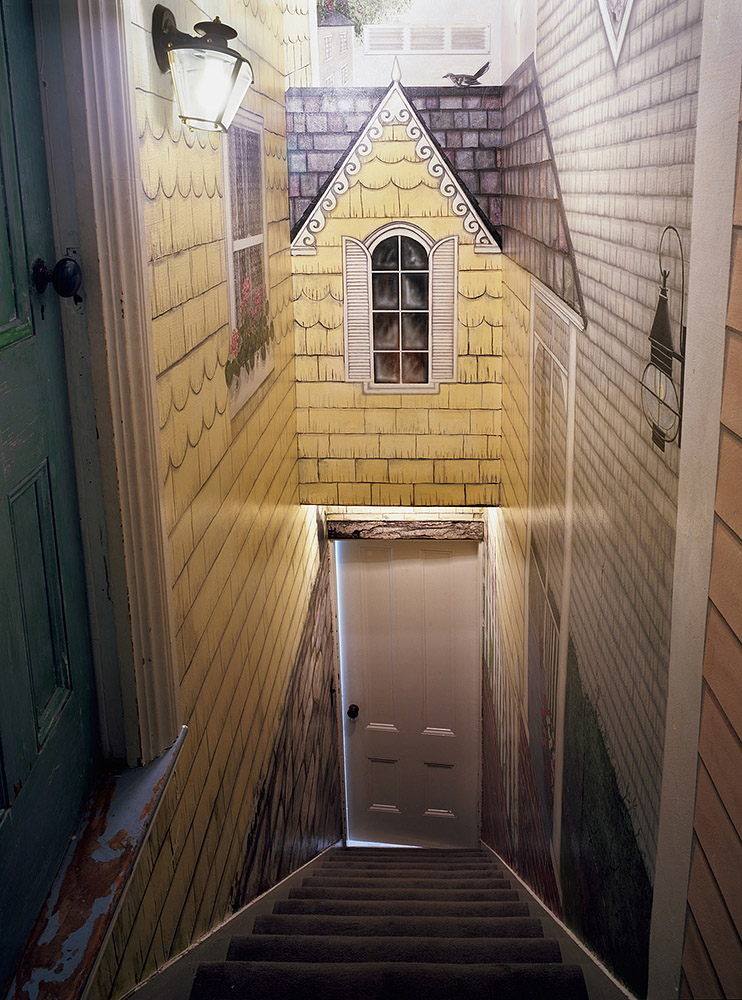 Remi Thornton’s empty nightscapes, at first glance, are capturing the ubiquitous locations in the American landscape, from roadside farm stands to rented billboards to self-service gas stations. But his long-exposures made only with available light create images that are more in our mind’s eye then what we would actually be able to see. Thornton’s large-scale pictures conjure up film-stills of locations both unnerving and painterly. We expect someone to drive a Buick into the frame, or hear a shot fired in the distance. 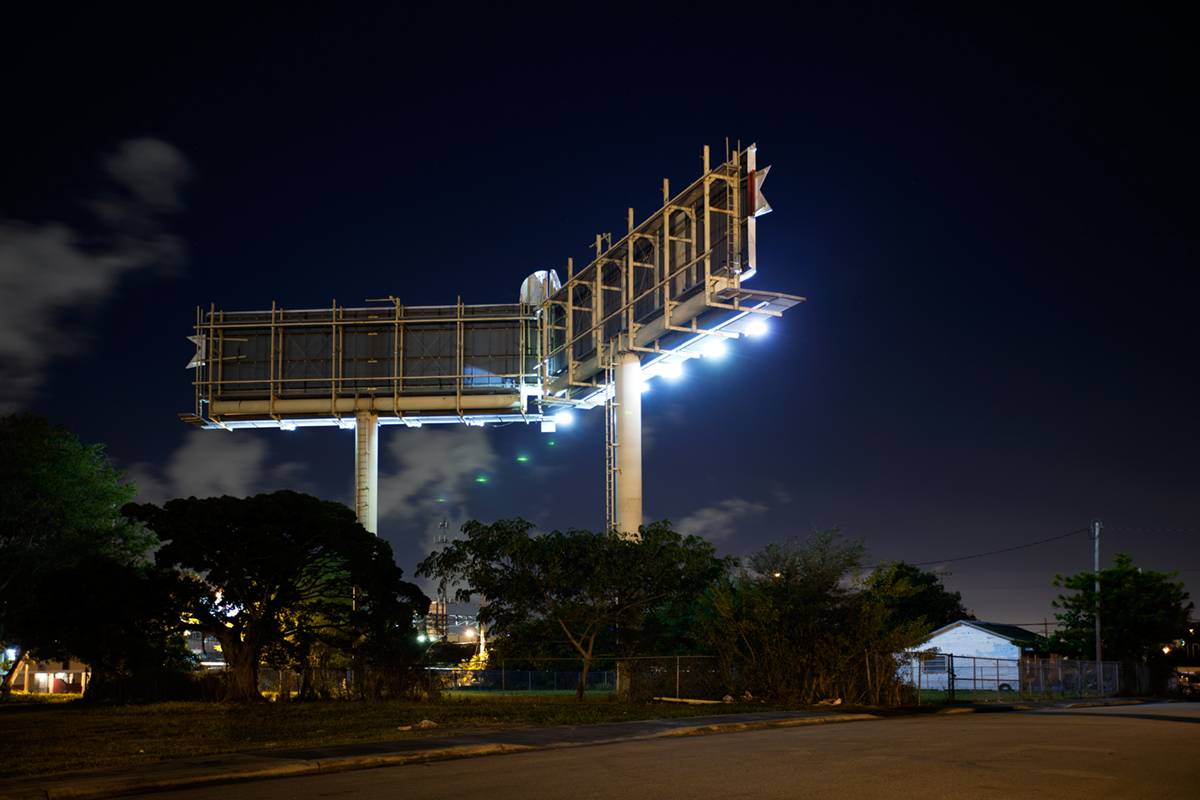 One can only wonder what Remi Thornton would be doing if his first Digital SLR had been delivered during daylight hours. But because UPS dropped by after dark, the earliest exposures captured by Thornton were necessarily long ones. Since that fateful night, he has embraced this medium and technique. Using only atmospheric street lighting, he has developed a style that some have referred to as “…the epitome of proper creepy.”

Thornton’s work has been exhibited throughout the United States, and his photographs have been highly collected by private and public collections including Fidelity Investments and Wellington Management. He was recently selected as a recipient of the St. Botolph Club Foundation 2015 Emerging Artist Award. Thornton lives in Melrose, Massachusetts, a small suburb just north of Boston, with his wife and a heavily photographed Chihuahua/Pug mix named Winnie Cooper. 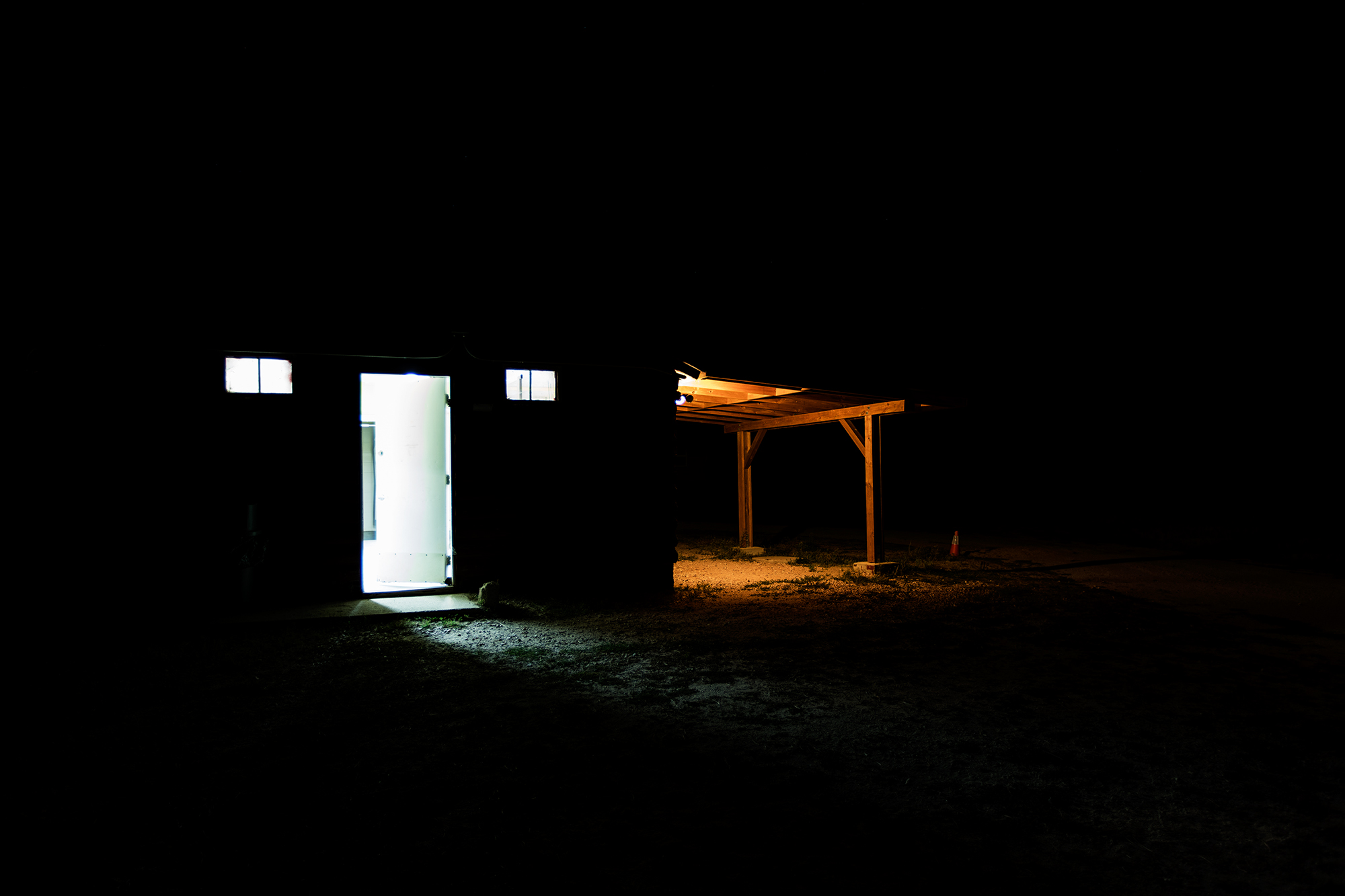 Every image in the nightscape series portrays a sense of anticipation: something doesn’t seem right; something’s about to happen.Together, we’re on the cusp of witnessing an event, which could be odd, frightening or even supernatural. I hope that the structures and shadows in these depopulated scenes inspire the viewer’s imagination. It’s what’s lurking in the darkness and in the corners that give these images their mysterious power. The next, missing frame becomes as relevant as the photograph itself, and it’s up to you to complete the story.

All of the works were shot using “natural” street lighting. As with my other works, I didn’t stage these scenes. I am less concerned with constructing a mood and more interested in capturing it accurately. For me, a successful image conveys the same uneasiness that I felt while taking the photograph, standing alone in the dark, wondering what would happen next. – Remi Thornton 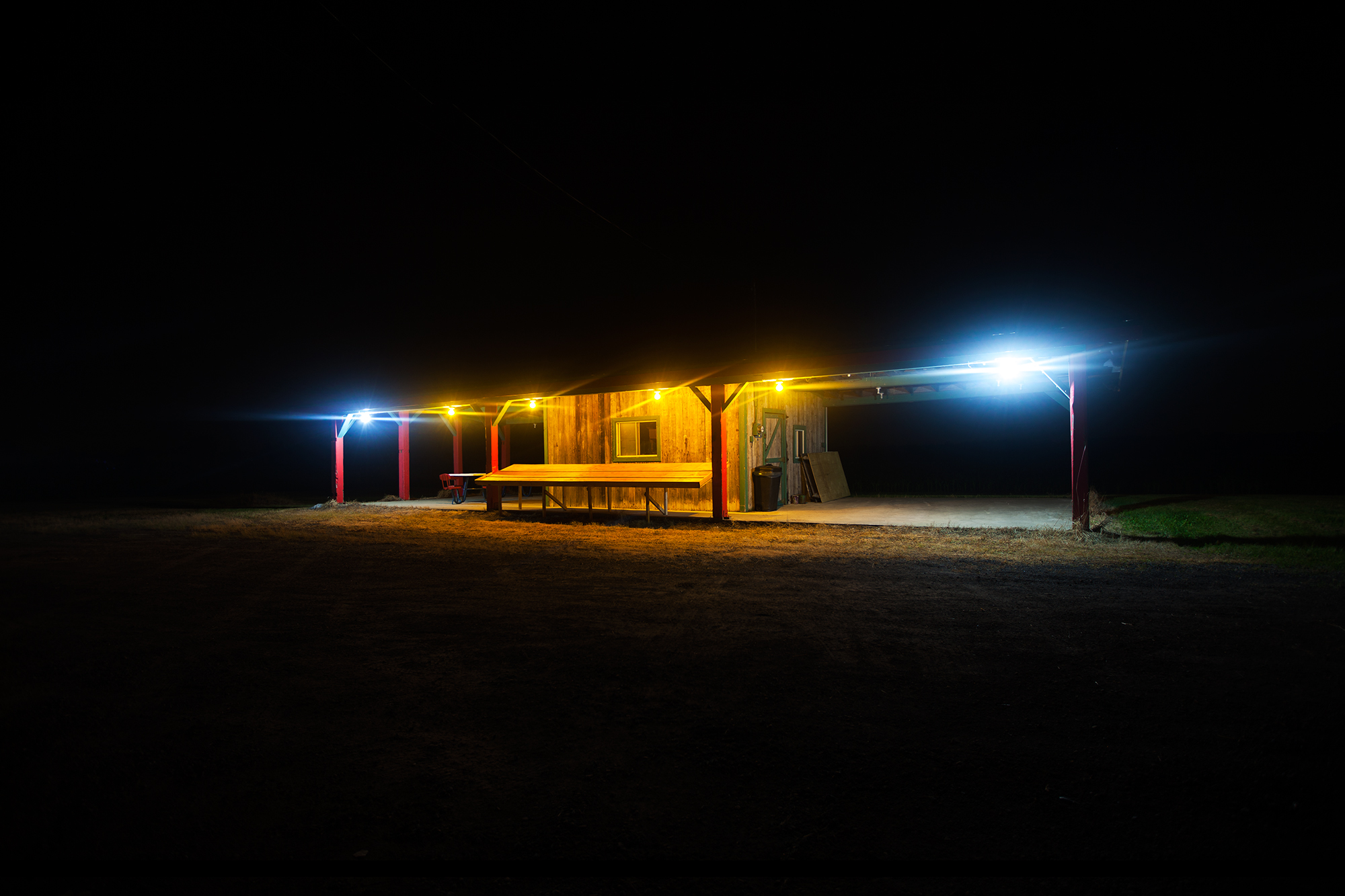 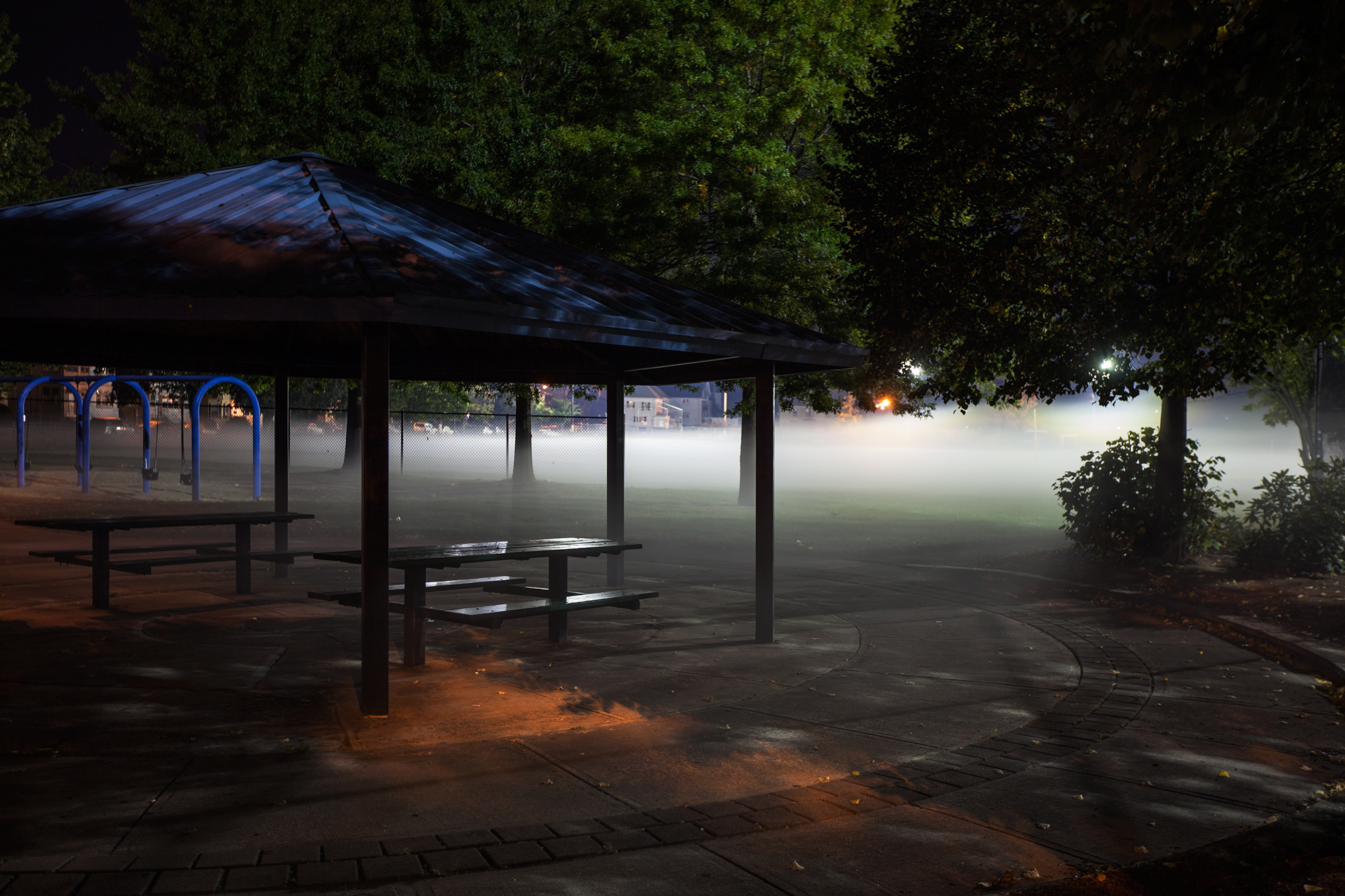 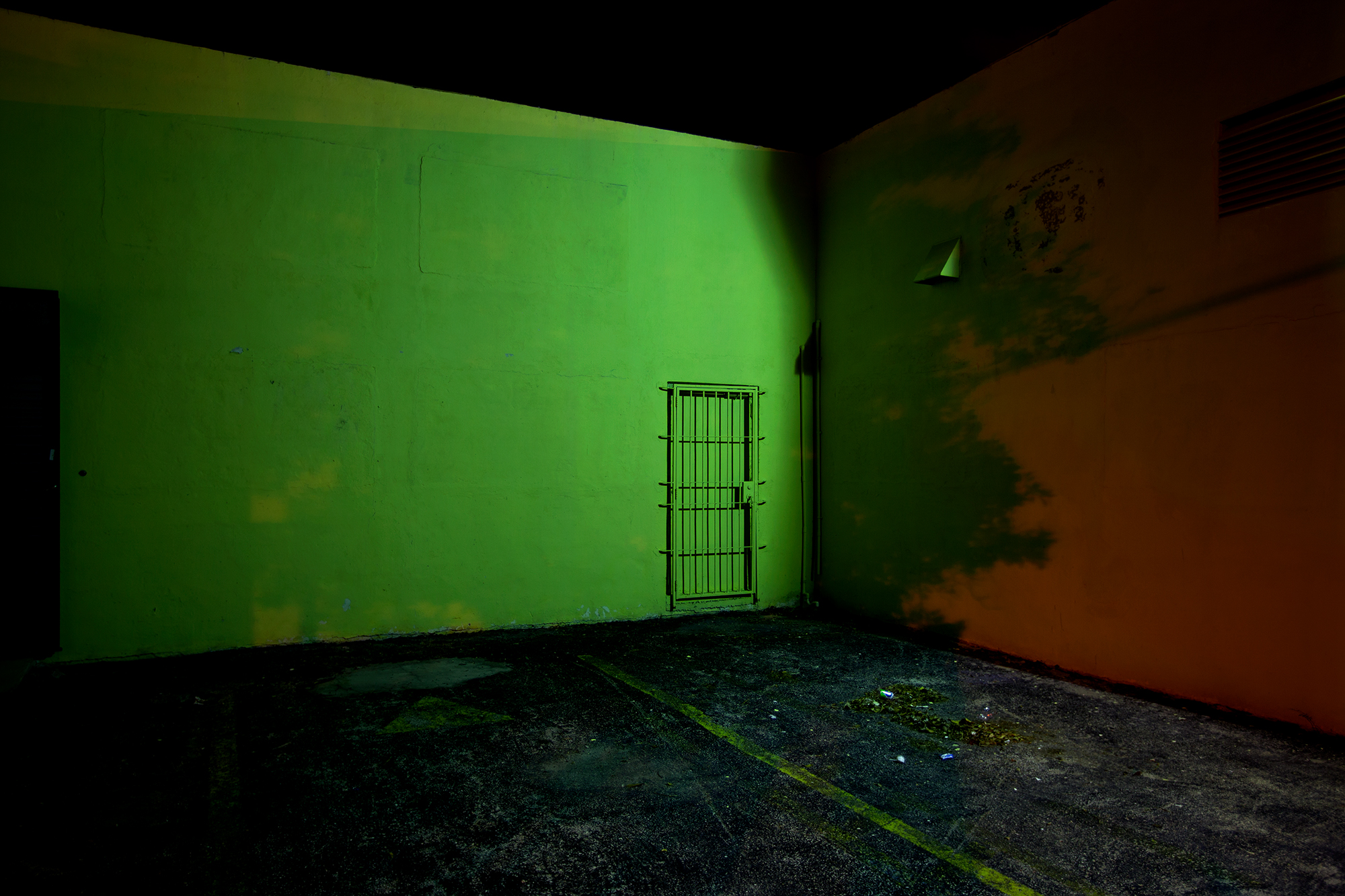 Curator Mary Ann McQuillan received her BA from N.Y.U. ’84 in French and MFA from Massachusetts College of Art ’94. While living in Paris after college, teaching English, she picked up a camera and found that it was a language that spoke to her. After spending a few years as a street photographer, she immersed herself in the history of photography. Then attended graduate school at Massachusetts College of Art and Design, ’92-’94 where she studied with Abelardo Morell, Laura McPhee, Frank Gohlke and just observed and listened to Nicholas Nixon from a distance but regretfully never made the time to take his large-format class. Her current work includes some audio projects, installation and short observational video, curating and writing. She teaches full-time; both Photography and AP Art History at the Dana Hall School, an all girls Independent school in Wellesley, MA