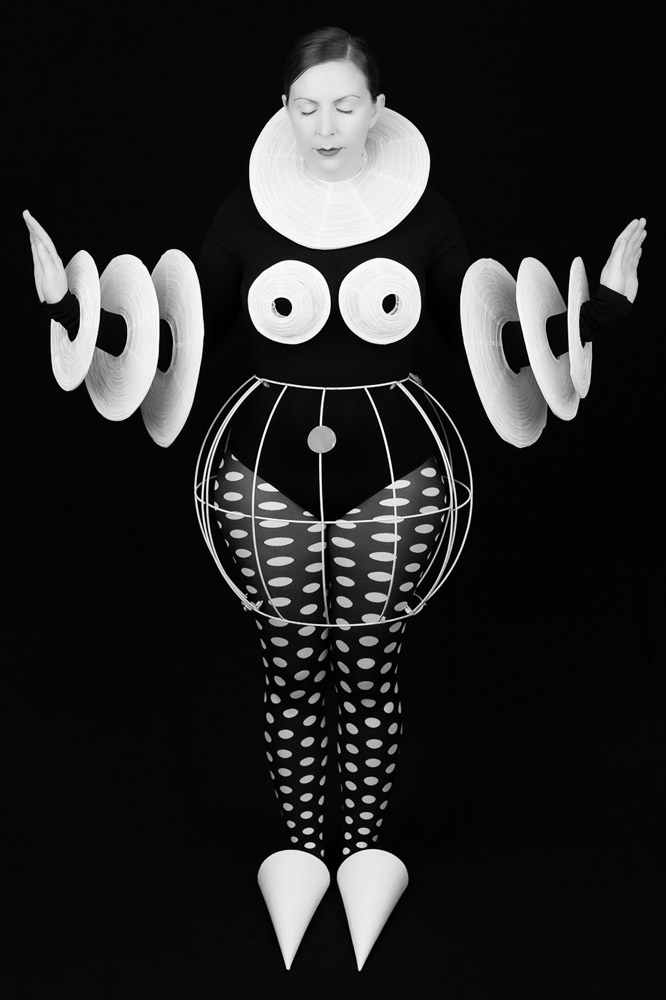 Congratulations to Brandy Trigueros for her First Place win in CENTER’S Curator’s Choice Award for her project, The Dadabyte Theater. The Choice Awards recognize outstanding photographers working in all processes and subject matter. Images can be singular or part of a series. Winners receive  an opportunity to be part of the Winners Exhibition at El Museo Cultural de Santa Fe, complimentary participation and presentation at Review Santa Fe for the 1st place winner in each category, and an Online exhibition at VisitCenter.org

It was a tremendous honor to be invited to judge the CENTER Curator’s Choice award, but I had no way of anticipating just how much of a privilege it would be to review this year’s submissions. In the midst of a pandemic, we are all learning to cope with new realities and are grappling with dizzying feelings of fear, compassion, grief, and gratitude. In the face of so much turbulence and uncertainty, it was a gift to spend time with the work of over 250 artists and see such a wide variety of approaches to photography, ranging from projects that confronted the most pressing social issues of our time to others that explored the most enduring of human emotions to those that took the medium itself as material and conceptual inspiration. In the end I was left more in awe than ever of the intelligence, vulnerability, and generosity of artists. Thank you to everyone who shared their work.

The strength and diversity of the projects made it difficult to select just three finalists, but as the impact of the pandemic and experience of social distancing were naturally never far from my mind, the projects below stood out and stayed with me.

Trigueros draws inspiration from Dada and the Bauhaus school for her irreverent interdisciplinary series, The Dadabyte Theater. In each self-portrait she wears an intricately designed costume and incorporates found-object props to playfully reimagine our relationship to the technologies that increasingly shape our lives. Trigueros’ unique formal and conceptual wit set this project apart. 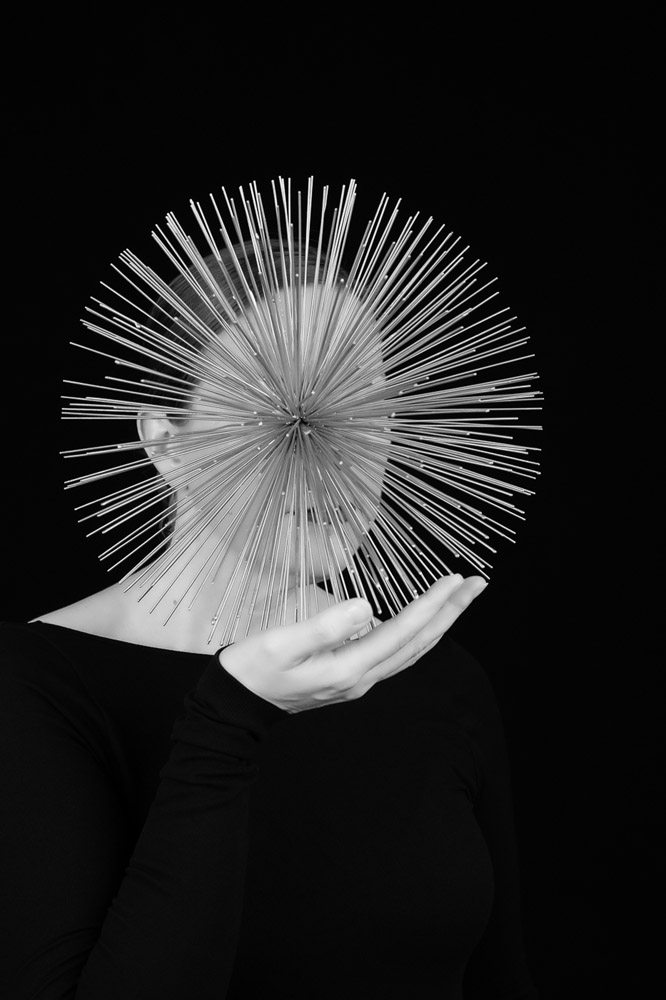 Marina Chao is an assistant curator at the International Center of Photography. Most recently she curated the exhibition Multiply, Identify, Her (2018), which featured the work of ten contemporary women artists, and contributed to the publication Public, Private, Secret: On Photography and the Configuration of Self (Aperture and ICP, 2018). She is currently working on a project exploring various intersections between image, language, and technology, for which she was awarded a 2019 Curatorial Fellowship from The Andy Warhol Foundation for the Visual Arts. Prior to joining ICP, she was a curatorial assistant at the Museum of Modern Art in New York. 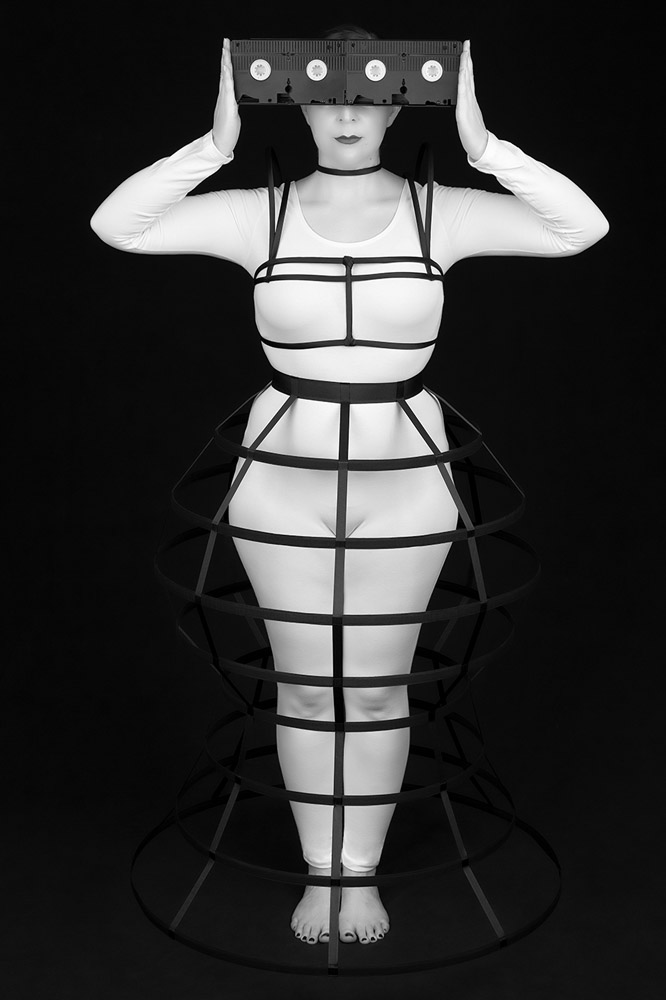 Welcome to “The Dadabyte Theater”: a cyberspace of mixed timeline and an ode to the Dadaists and Bauhausian artists of the 20th century. As opposed to the crush of steel, we are currently facing a crush of data within the present technological information revolution. Using the studio as a stage for this in-camera autoportrait work, I aim to reflect a theatricalization of the “real,” an attempt to find balanced modes of [being] in a hyper-connected, ever increasing, mechanical society dominated by technology. By using products of industry, I attempt to illustrate the constraints, contradictions, and complexities of our technological entanglement and choose to explore my own agency and autonomy through this work.

Parts of my body recede into the imagined dark spaces of history and the Internet, as other parts are being shaped and forced to conform to expectations of femaleness within regimented societal structures. Within the burgeoning, unchanneled broadcast of snackable short-form content and communication: texts and tweets for example – what gets lost is history, knowledge and critical inquiry. The female body is historically regimented and contorted – from the ruff, the corset, the bra, to the current data stream of selfies, social network cyborg identities and political dismantling of our rights.

Growing up, I experienced generational shifts in technology, passing out of the pre digital to digital – we are crossing into the new frontier with driverless cars, trucks, drones, and 3-D technology. Autonomous machines of war, labor, pleasure, care, companionship and other computational systems of control, domination and comfort are being produced within this dizzying systemic capitalist merry-go-round. In the current state of rapid archaicness of built-in obsolescence, I use referential technologies that still function but are mostly obsolete socially. Throughout history, each system, from a monarchy to corporatocracy, has forced segments of society to struggle for agency in these ever-expanding social, economic worlds. Examining history allows us perspective of what has been lost, and what has been gained, in order to inform a path to the future. 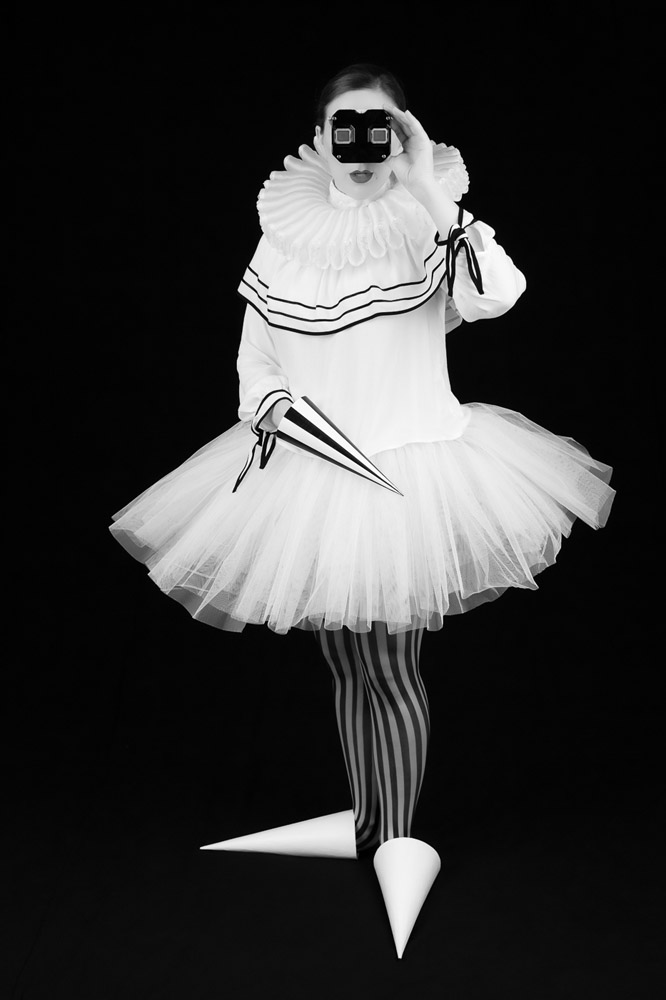 Brandy Trigueros is a Los Angeles based artist who uses the narrative space of the
camera to meticulously yet playfully create staged inquisitions of womanhood,
memoir, and the on-going transformation of self. After years of working in publishing
at the Los Angeles Times and animation at Nickelodeon, she began pursuing her
artistic practice full-time and received her BFA in Photography and Media from
California Institute of the Arts.

Her work has been exhibited nationally and internationally in venues such as the
Center for Photographic Art, Building Bridges Art Exchange, The Center for Fine Art
Photography, Berlin Foto Biennale, Los Angeles Center of Photography, and New
Orleans Photo Alliance. Her photographs have been published in Musée Magazine,
Lenscratch, and F-Stop Magazine, among others.

Brandy recently received the CENTER Curator’s Choice First Place Award by Marina
Chao of ICP and was selected as a Photolucida Critical Mass finalist in 2014, 2015,
and 2018. She was also a finalist for the 7th Julia Margaret Cameron Award and
received honorable mentions in the 2014, 2015 and 2019 International
Photography Awards. 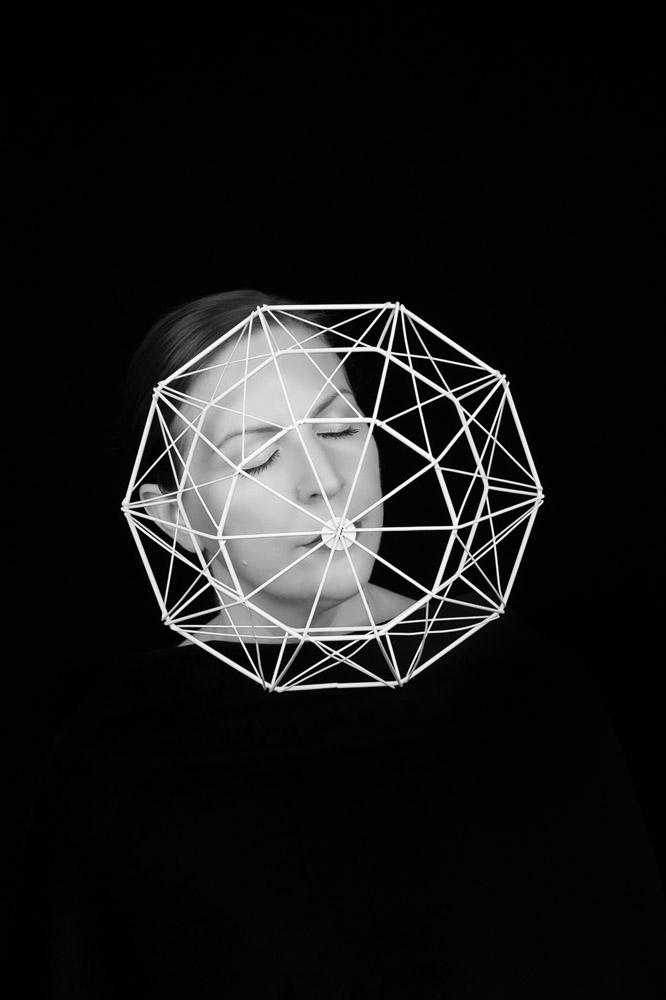 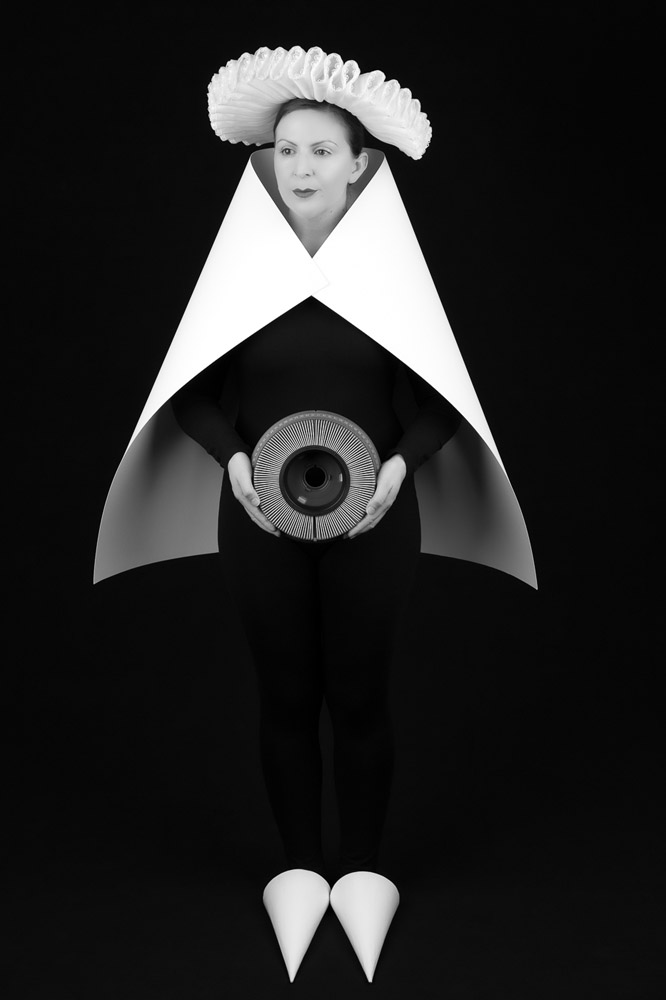 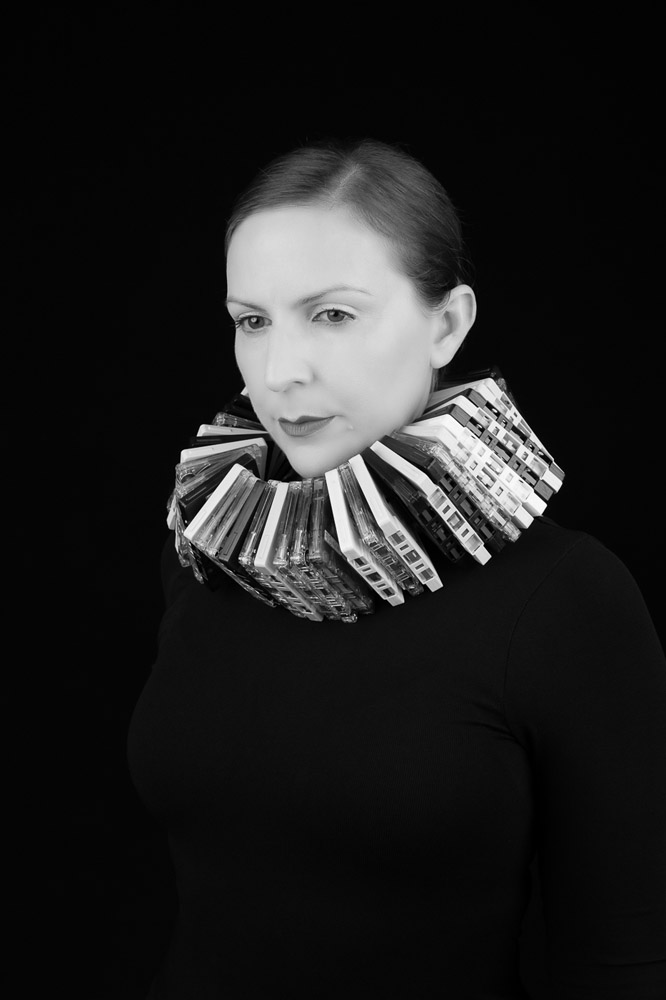 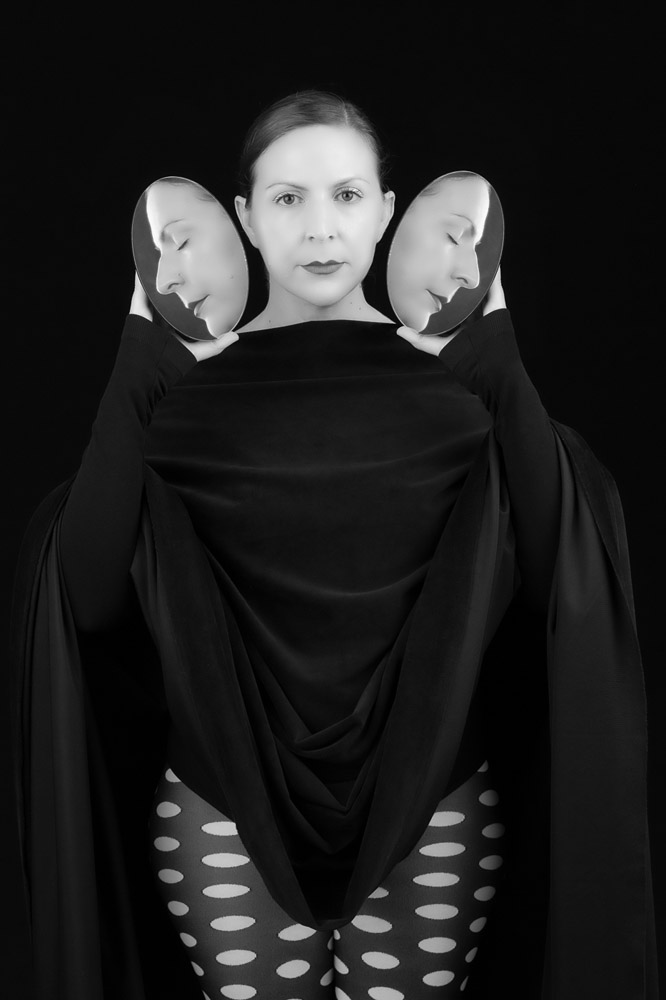 ©Brandy Trigueros, Me, Myselfie and I 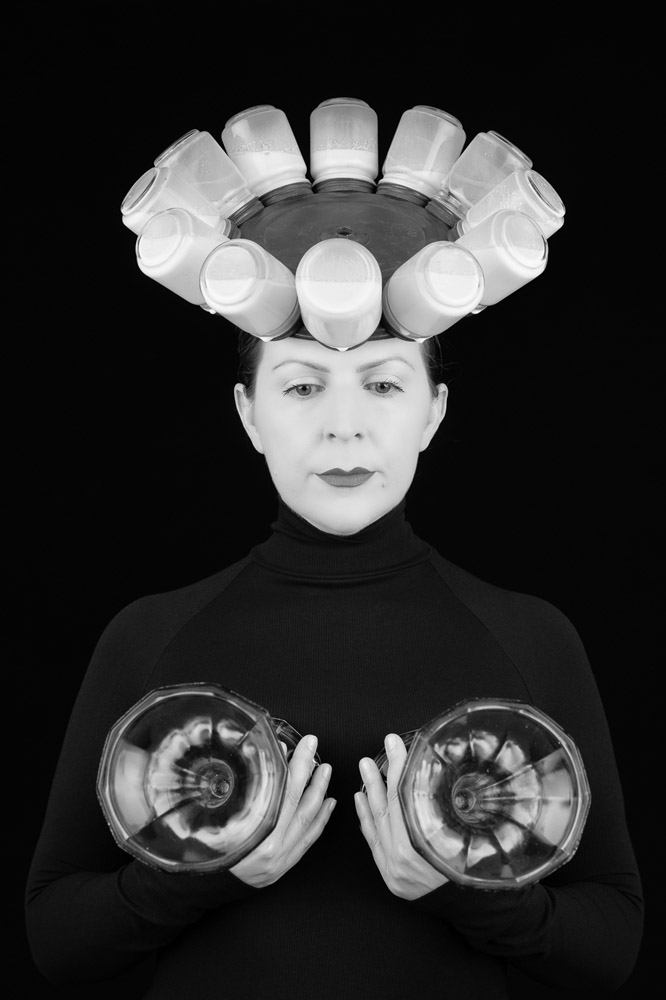 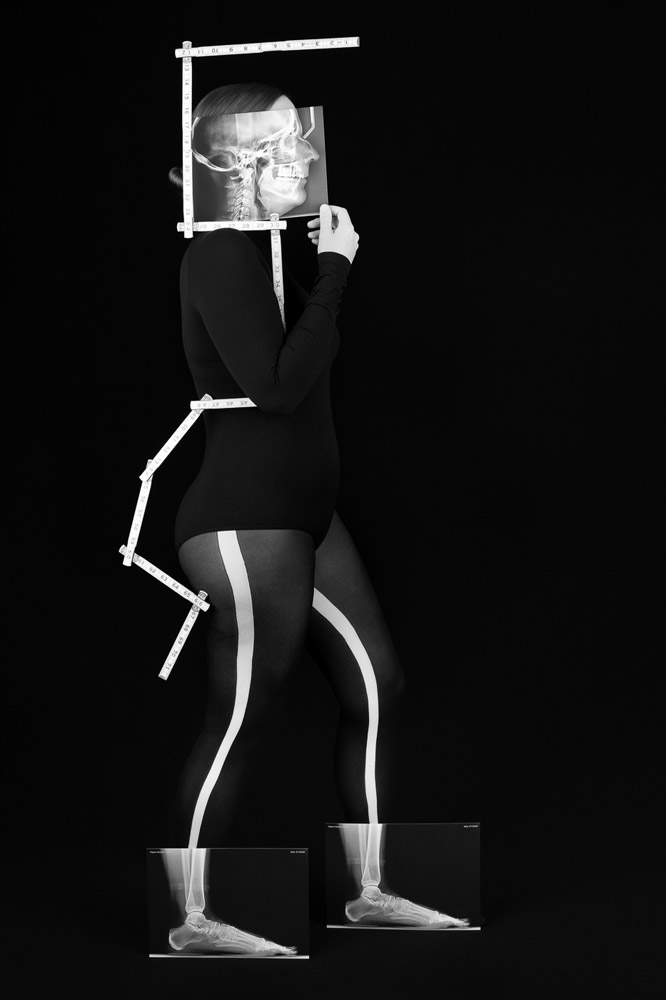 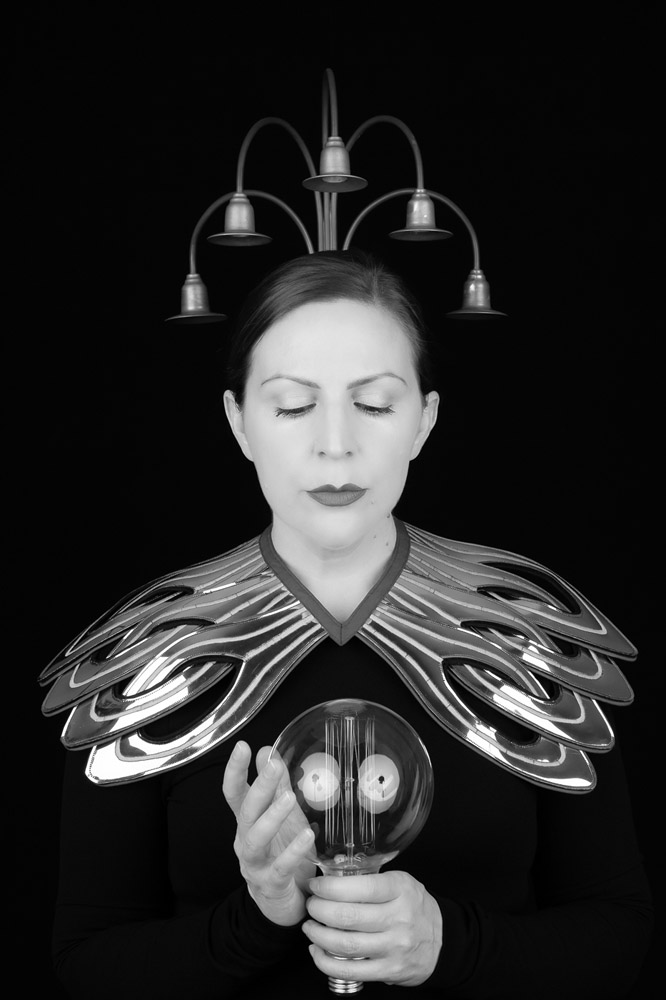 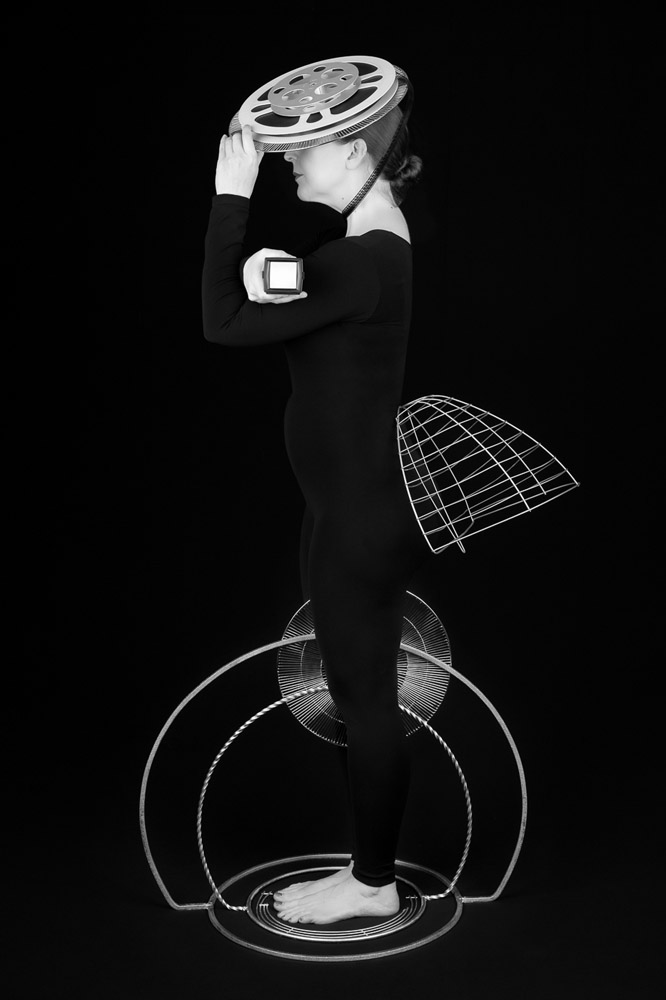 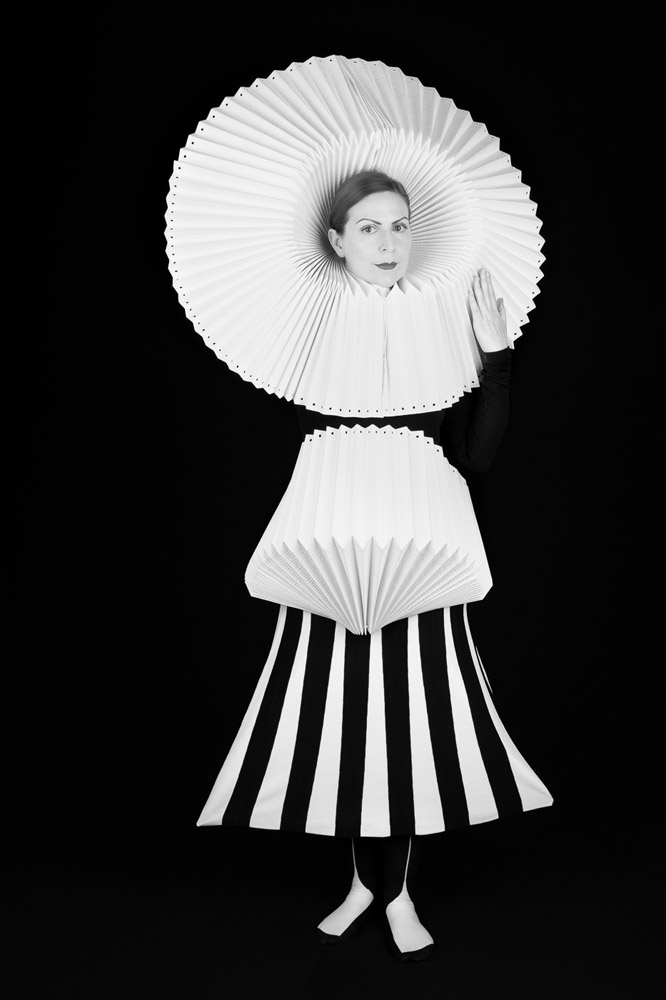 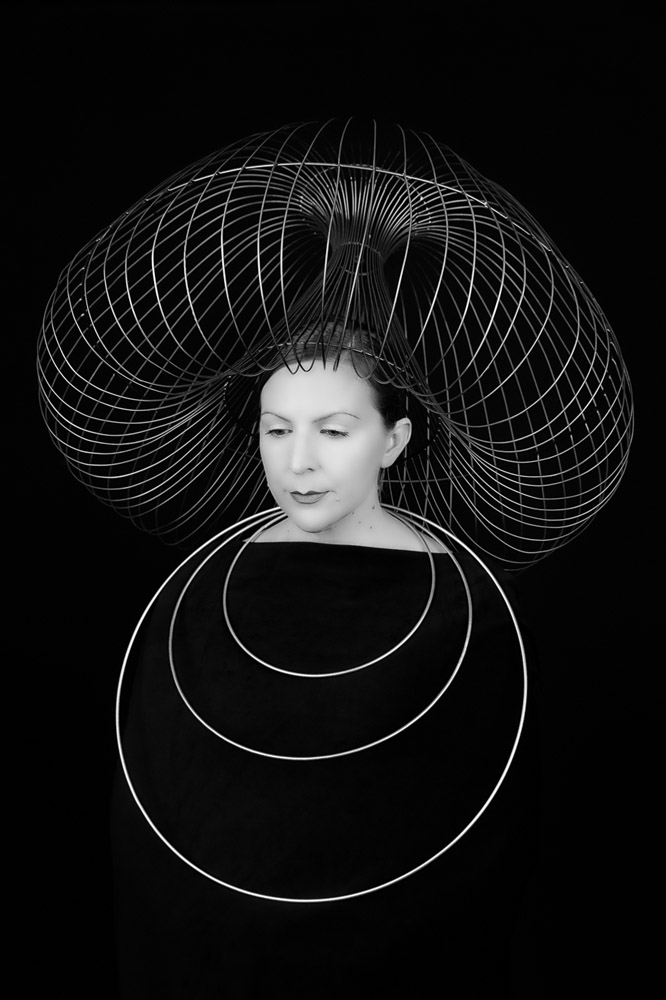 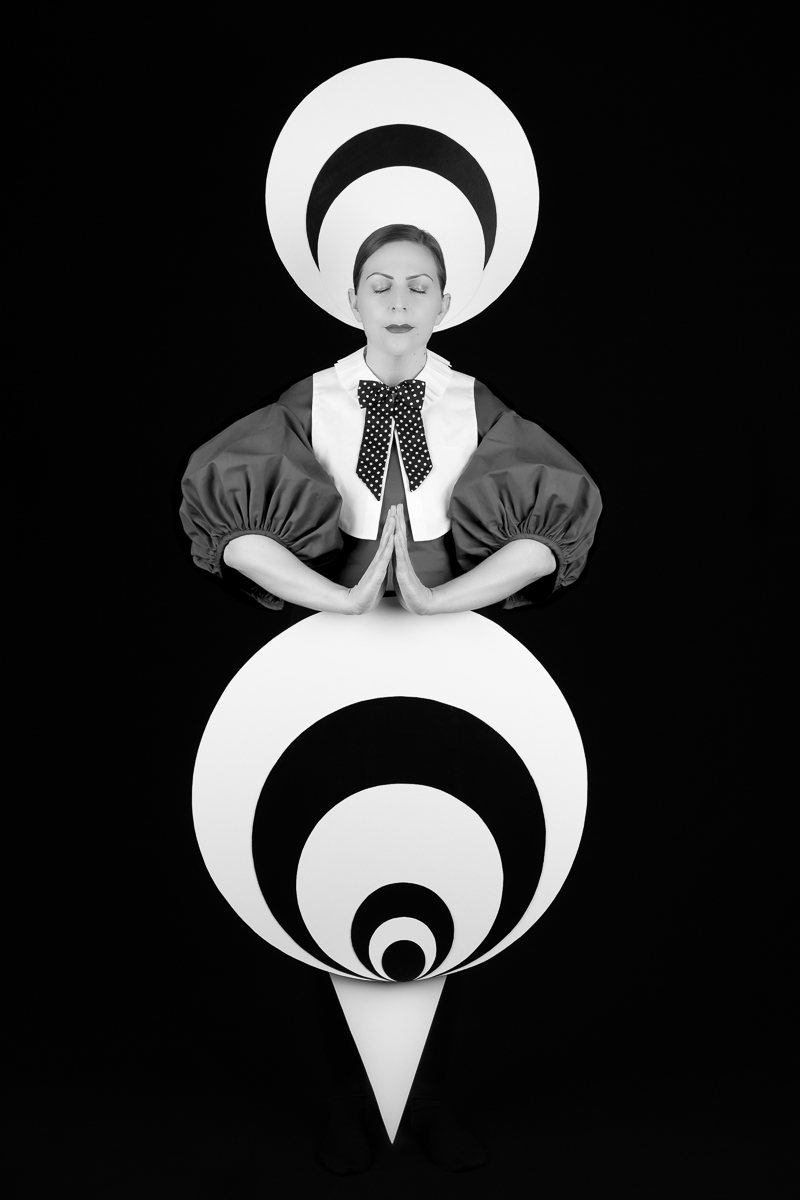