Focus on South Africa: The Of Soul and Joy Program by Meghan KirkwoodJuly 5, 2021

In this second iteration of “South Africa Week” I wanted to include features on photography platforms, collectives, and teaching organizations in addition to artist profiles. In South Africa many photographers do not begin or advance their careers in secondary institutions, but rather through organized workshops, short courses, and extended mentorships. And while many Americans may be familiar with groups such as the Johannesburg-based Market Photo Workshop, a number of others have been established in recent years that are impacting the photography landscape in South Africa. These groups–and the networks of educators and mentors that work with them–are representative of a long-standing pattern of investing in and committing time to future generations of image makers that extends back to the Struggle era of the 1980s and 1990s and an “each one, teach one” practice among photography professionals. By learning more about the work of these groups we gain insight into the interests and concerns animating early-career photographers in South Africa, many of whom come from disadvantaged backgrounds that are traditionally underrepresented in the field, and who could not pursue the medium absent the support of the groups such as those profiled here. Two of the artists featured this week — Tshepiso Mazibuko and Jansen van Staden — have developed their work with support of Of Soul and Joy and Photo:, respectively. – Meghan Kirkwood 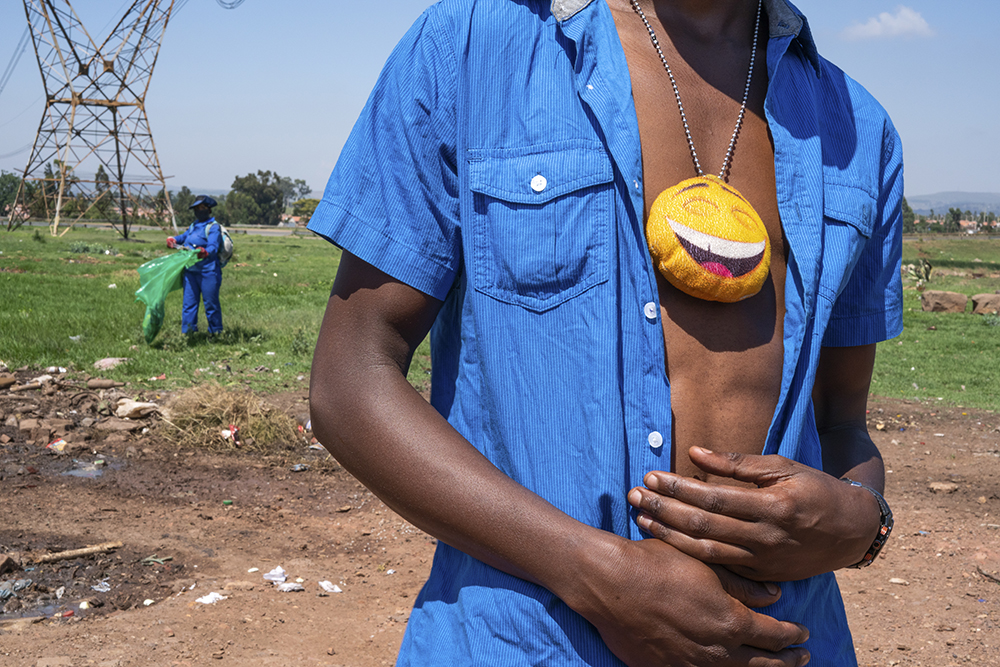 The Of Soul and Joy program represents a distinctive mode of photographic education in South Africa. The creative platform offers introductory classes, workshops with professional photographers, scholarships, and mentorships to disadvantaged youth in Thokoza, a township in southeast Johannesburg. Established as a social initiative in 2012 by Rubis Mécénat and Easigas, the Of Soul and Joy program aimed to support young people in an area home to a large portion of Easigas workers. Since that time, it has helped over a hundred youth begin studies in photography, many of whom went on to pursue formal study and careers in the field.

For many of the participants, involvement with Of Soul and Joy is the first time they learned that photography and artistic practice can be careers, which is of particular importance in a country where only one in four youth under 24 have a job and where national unemployment rates are reaching near 40%. 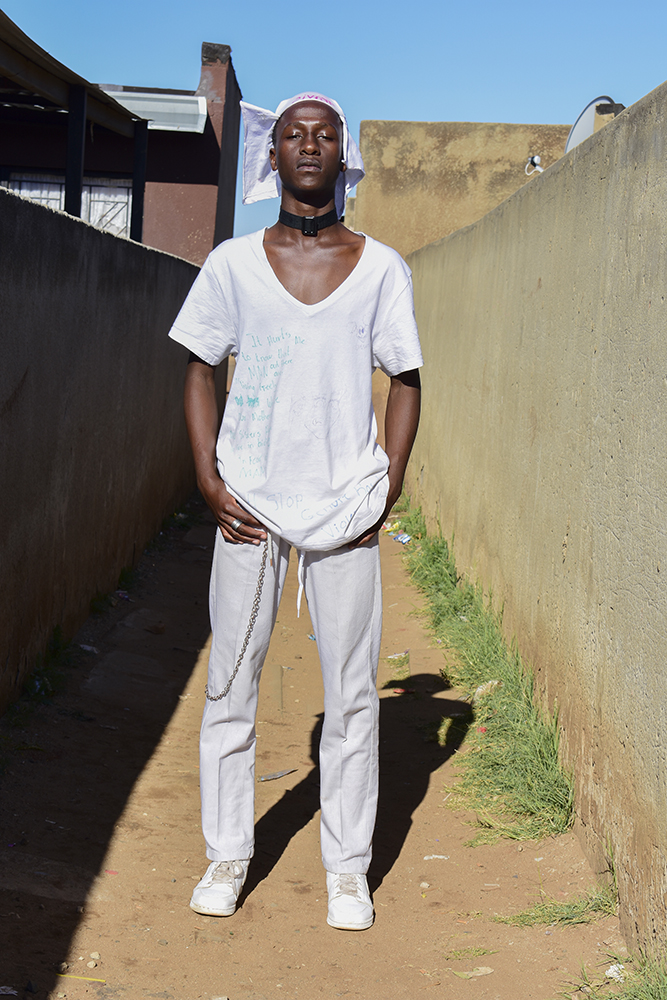 Recognizing the need for long-term support of students, each year the foundation also provides scholarships to promising students to pursue photography studies at a secondary program of their choice, including the Market Photography Workshop in Johannesburg. Alumni of the program are among the most prominent names in contemporary South African photography, including Lindokuhle Sobekwa, Thembinkosi Hlatshwayo, Sibusiso Bheka, and Tshepiso Mazibuko. Through its widespread initiatives and commitment to providing professional opportunities for its participants, Of Soul and Joy goes beyond a traditional, community-outreach workshop model to become a means to locate and support a new generation of South African photographers that might otherwise not even pursue the medium. 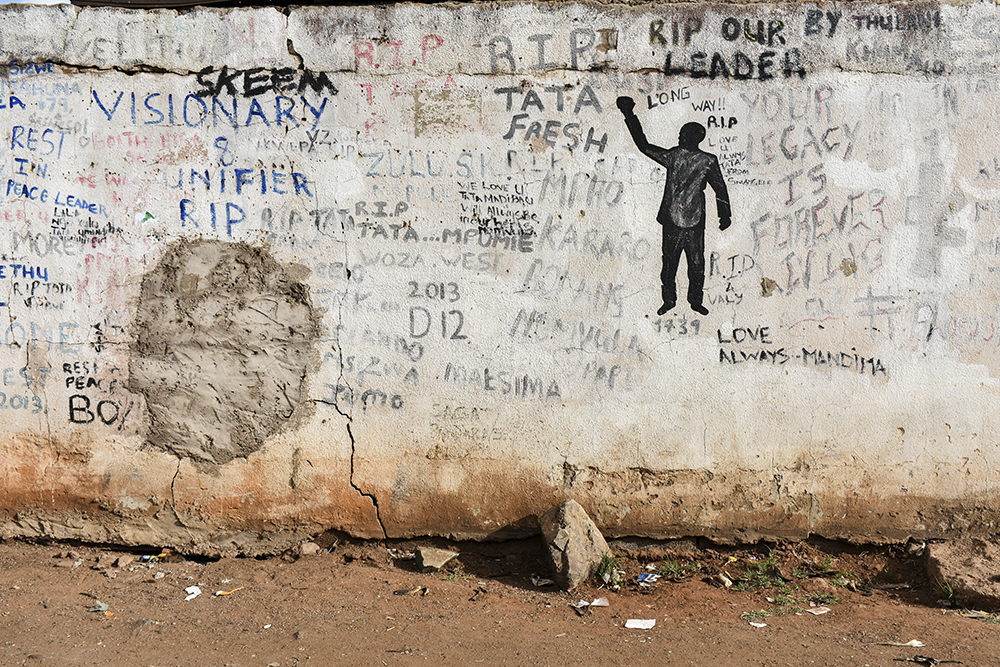 The program is currently led by South African photographer Jabulani Dhlamini who took over the lead role in 2015. Dhlamini has helped mentor each new class of participants—15-20 students each year–as well as those who continue with the program after their first year. For Dhlamini, a number of things that make Of Soul and Joy particularly important. First, the initiative offers an opportunity to get Thokoza residents interested in photography and what can be accomplished through the medium. “When we started,” he says “we wanted to introduce art to the community of Thokoza and the best way to do that was through the young ones.” Students who participate in the program go back and share what they learn with their families. In non-COVID times, the program organizes exhibitions in the community, which Dlahmini says lets “not only the family but the community get to witness the impact of photography and art in the students’ lives.” From there, he sees “community members change their perception in terms of what is photography, what can you do with photography.” In another community project, the students do a wall pasting in the township, sometimes inside the houses. “We ask to paste images and that becomes  interesting because we have to negotiate and make them understand what is this—maybe it’s a portrait and they will say ‘I don’t know this person or I just see him in the street and now you are bringing the portrait of him in my house or here in my house…they will ask you what is the work about and then that’s a chance for us to educate them about the meaning of this or that image.” 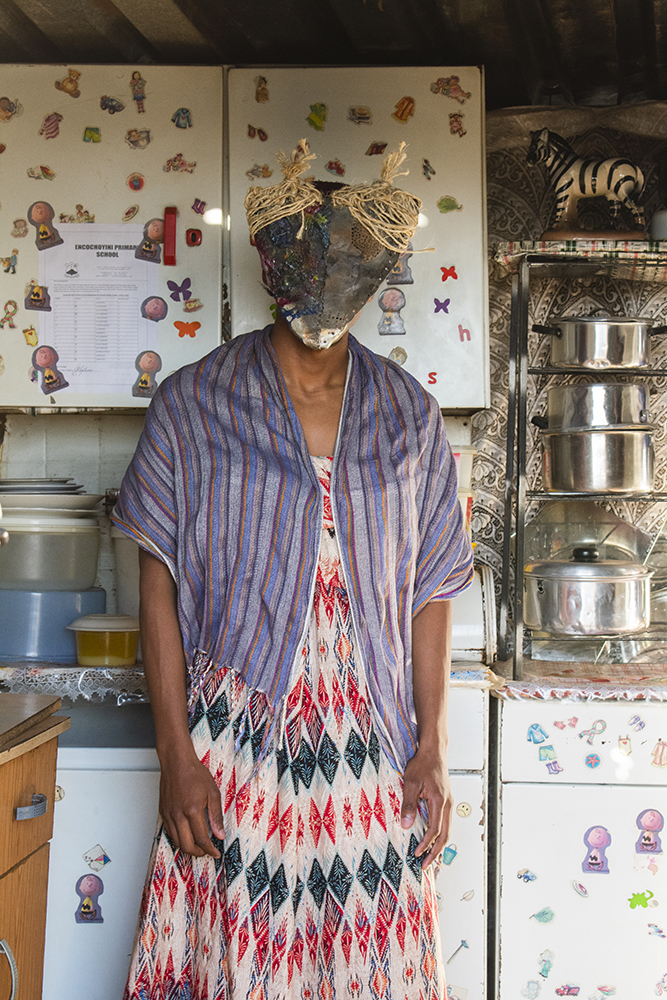 Second, the project encourages students to engage with spaces and histories of importance within the community. For the past few years, Of Soul and Joy students have been working on a long-term project about Kumalo Street, a main artery through Thokoza. The aim of the project was to help students reflect in some way on the area’s history. In the early 1990s the township was the site of significant violence between members of the Inkatha Freedom Party and African National Congress, a tumultuous time that took place before most of the students were born. Many of the students “came from the point of not understanding what Kumalo was and they wanted to understand” Dhlamini says, “and so they would go do interviews, direct interviews with their parents and grandparents.” The resulting projects represented a range of the students’ interests. Many explored self-portraiture; “they went through the spaces where the violence happened and did self-portraits, and explored what it means to reinsert yourself in that traumatic space.” Another student explored churches around Thokoza, as, Dhlamini says, a way of “questioning the role of these spaces during the fights.” A different male student did self-portraits dressed in his grandmother’s clothes and wearing a series of face masks. He believed that the events of Kumalo Street–even though people do not talk much about women–had a big impact on women’s lives.” 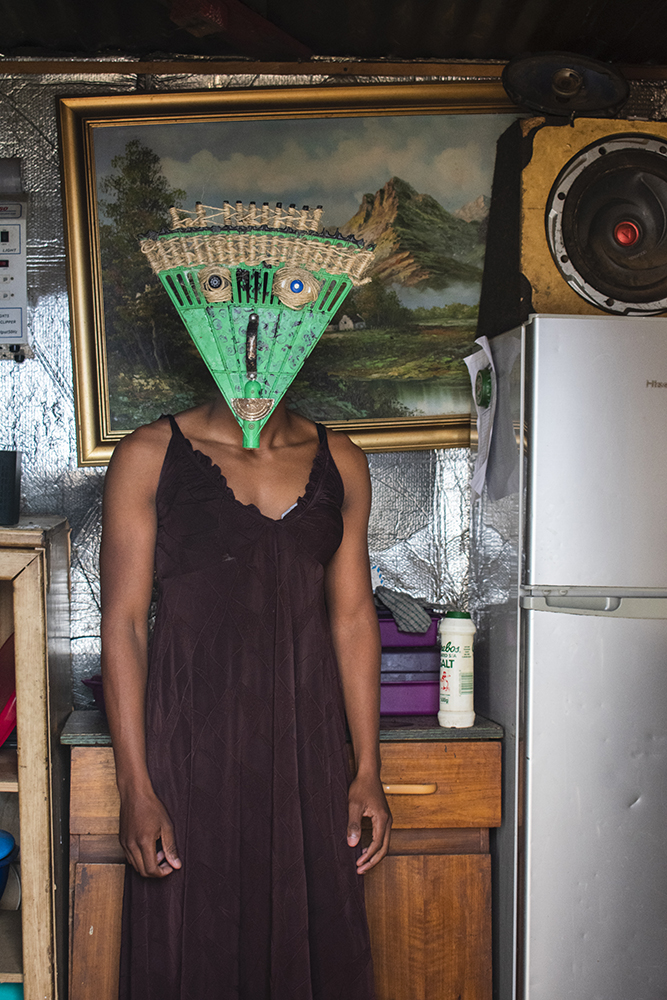 Helping the students develop their own narratives through photography feels like an extension of Dhlamini’s own photographic practice. “One of my aims as a photographer, as an artist, is to assist in decolonizing how photography was used,” he says. One way to do this, Dhlamini argues, is “Give the same community cameras to reflect on themselves to tell their own stories in their own way.” You can learn more about their work by following them at @ofsoulandjoy_photoproject 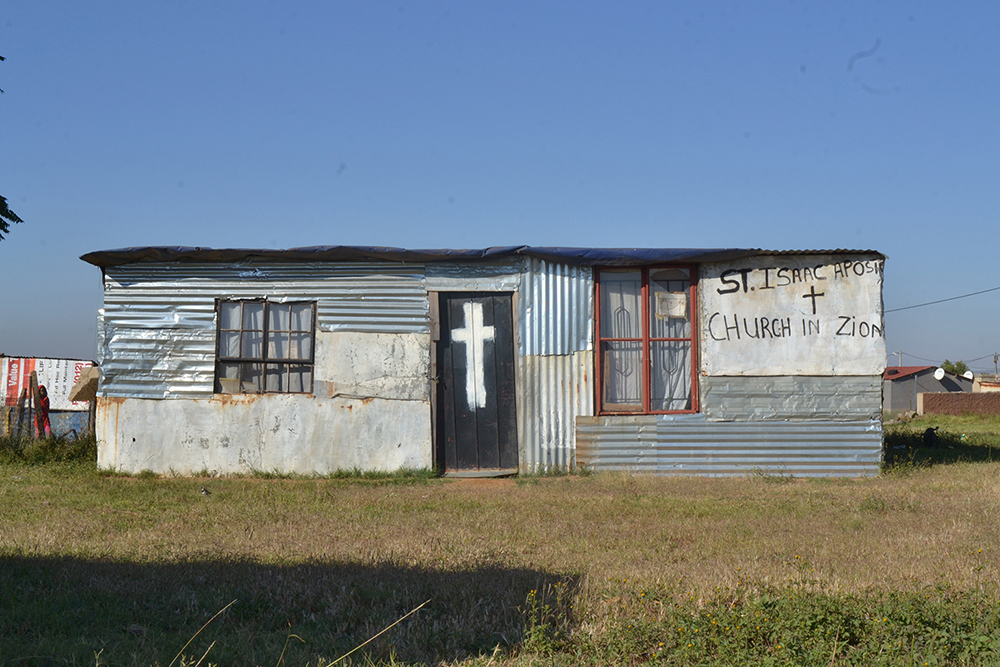 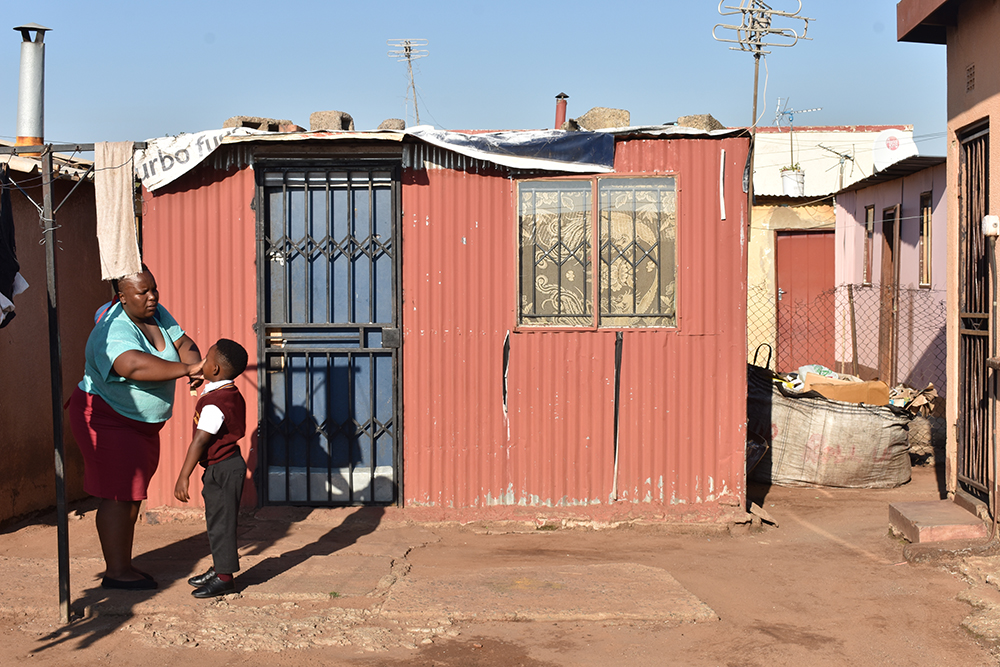 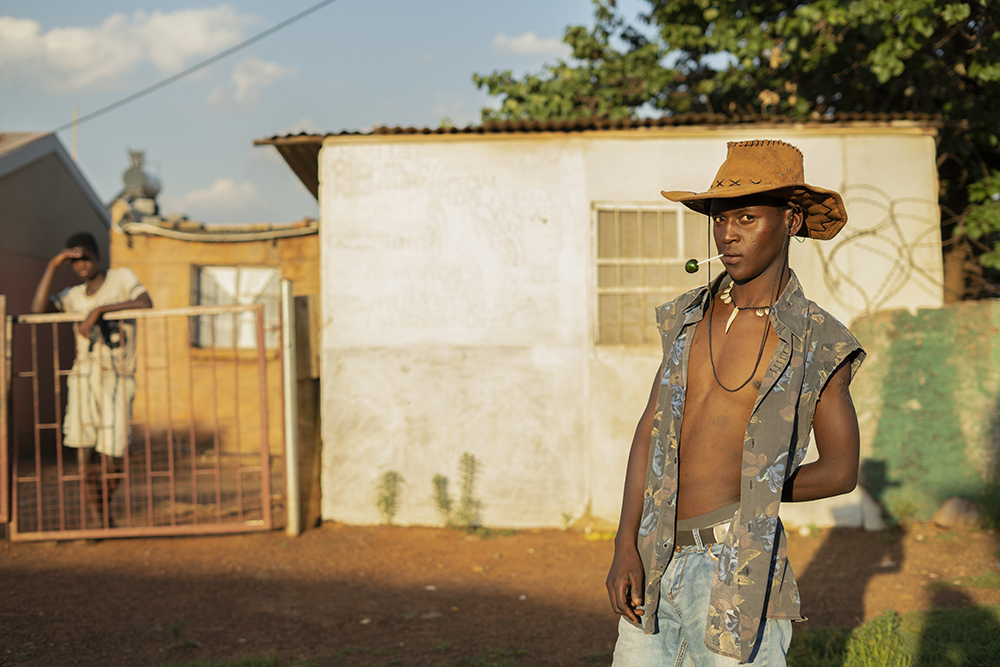 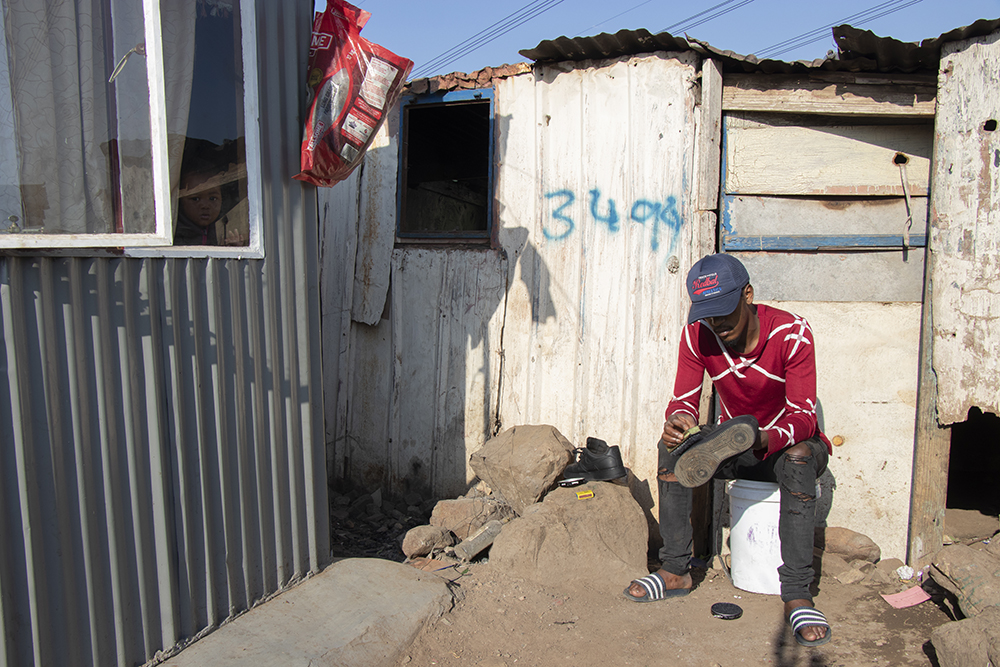