I attended a wonderful exhibition, The Illusionists, at the George Billis Gallery in Los Angeles Saturday Night. Three artists were represented: photographer Liz Huston (featured today), photographer Carol Gomlemboski (featured later this week), and painter Jared Joslin (who happens to be the brother of photographer and Editor of SHOTS Magazine, Russell Joslin). All of the imagery had a sense of magic, and Liz’s work, printed on aluminum and hand painted to enhance color and texture, had an other worldly quality that was thoroughly engaging.

Liz Huston, lives and works in Venice, California, and has worked as a commercial and fine art photographer for almost two decades. After producing traditional photography for most her career, she discovered digital assemblage three years ago and instantly fell in love with the process. Using scanned tintypes from her extensive personal collection and images amassed from thousands of her own stock photographs (lovingly referred to as “firewood”), Liz creates fantastical and nostalgic images that are personal reflections of her life and interests.

I create photomontages to reveal strange new worlds; worlds which weave the past through the present and into a new future. I am fascinated with aspects of time, reality, collective memory, love and loss, and it is these themes which quite often settle themselves into my work. The process of creating photomontages is long, glorious, and extremely rewarding. I have spent upwards of 40 hours creating a single image, crafting and perfecting every pixel to tedious detail. 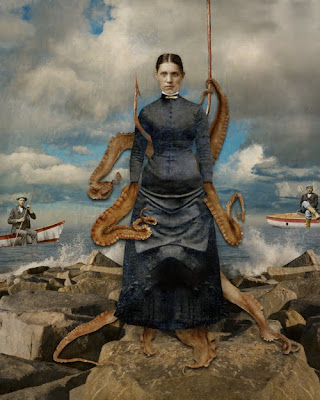 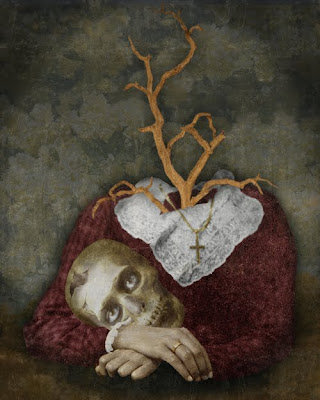 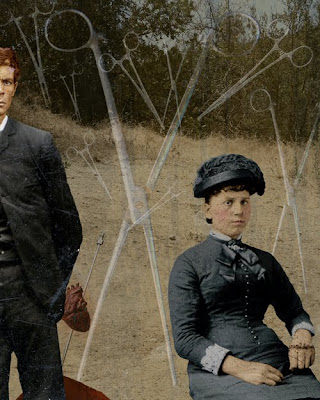 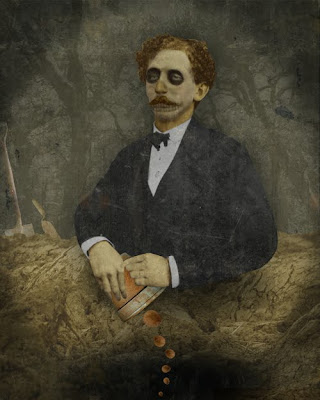 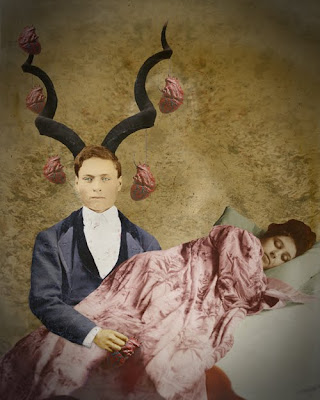 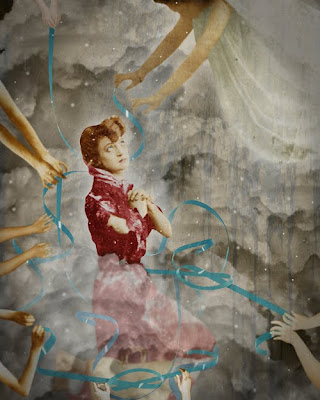 When I Found You I Thought There Was Nothing Left, 2009 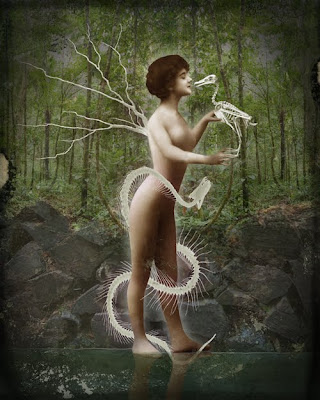 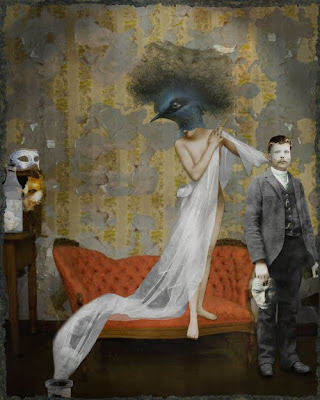 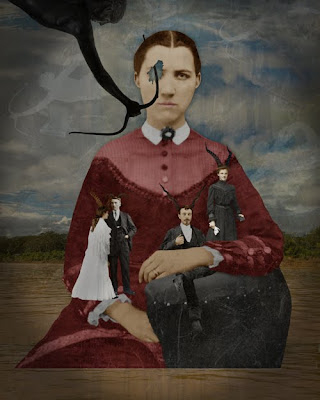