Colorado photographer, Heather Oelklaus, has a sense of humor and a sense of the world from the inside out. Her work explores the past and the present, and the spaces in between. I believe taking a picture really does make it last longer.

Heather also is spent 2009 creating a blog that combined 1 year+Dictionary+Photography: Heather and two photographer friends selected random words out of the dictionary and photographed their interpretation of the selected word each day for a year. I personally liked finding out about the word in the morning so I could just think about that word that day. Some people liked having all the words for the whole week so it can ferment in their minds… But I like to play by strict rules. I think it made me more observant. And it made me venture out. If there was a word like “wig” or something, then I might have gone to a wig shop. And during the day I wouldn’t normally do that. So it helps you get out of your comfort zone a little bit.

I am featuring images from two of Heather’s series, Better Homes & Icons and Lightning, which showcase her range of interests. Heather has books of both of these projects on her site.

The “Better Homes & Icons “ series started out as Polaroid Emulsion Transfers and has evolved into a body of work that includes sculpture, installation, mixed media, and traditional and alternative photographic techniques. Many of the pieces are inspired from 50’s advertisements and from stories people share with me. Months of planning is taken before an image is put to film. The humorous nature of the work draws the viewer in to take a closer look at the underlining stereotypes of home, community, and the roles each family member is expected to play. 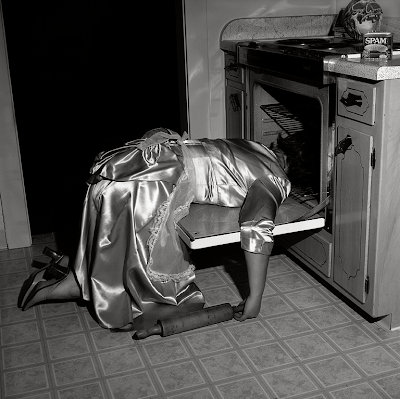 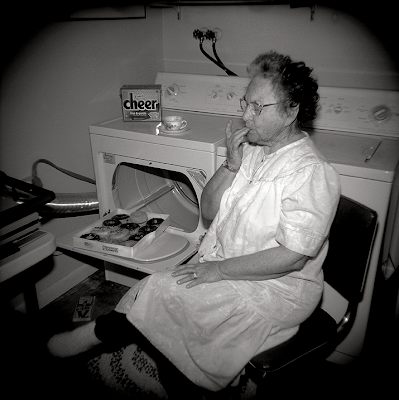 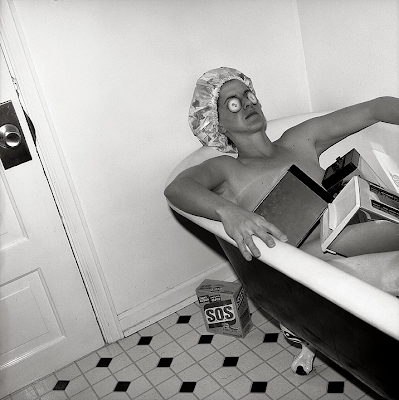 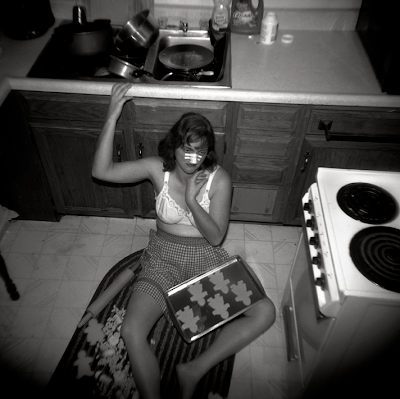 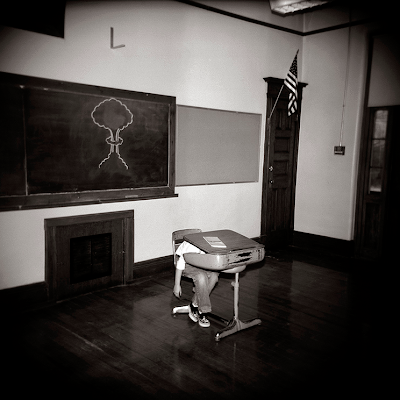 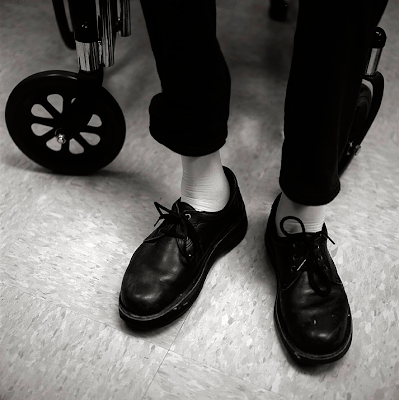 The Lightning series is an on going passion. El Paso County in Colorado is a hot spot for cloud to ground lightning. Nothing beats the sound of thunder. It crawls up my spine and gets me to my feet. As a child, my family would sit on the porch and watch the storms in the distance. I remember my father getting out the tripod and his 35mm camera and pointing it at the storm. Once we found out that he had color film loaded in his camera, we poked fun and made jokes about why would anyone use color film to photograph the lightning that to us appeared as black and white. I’ve been shooting lightning for 7 years and my father takes great joy in teasing me about using color film to photograph the black and white lightning. 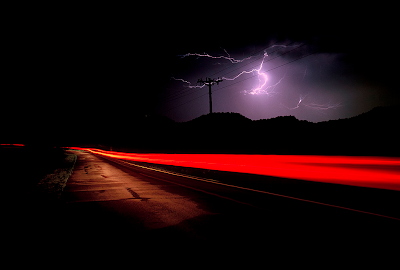 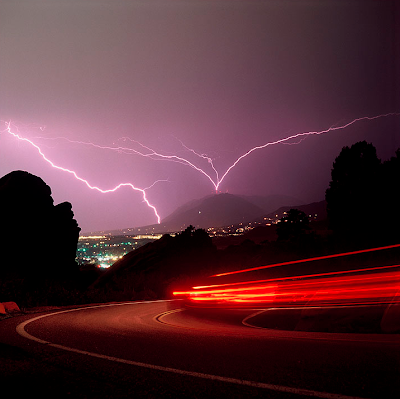 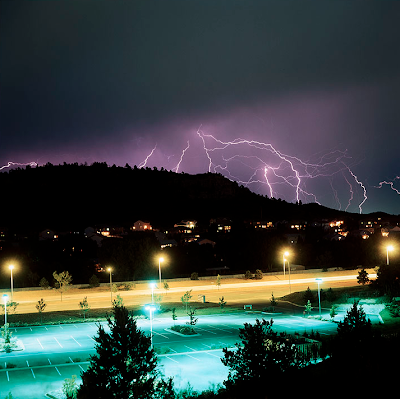 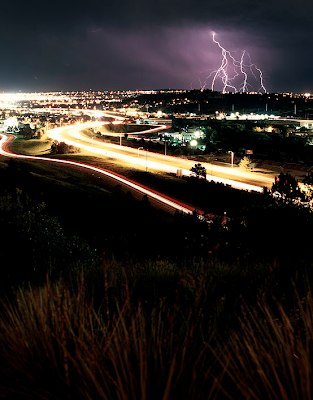 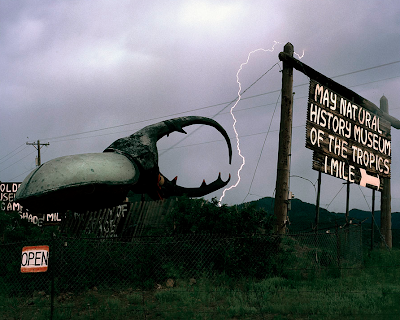 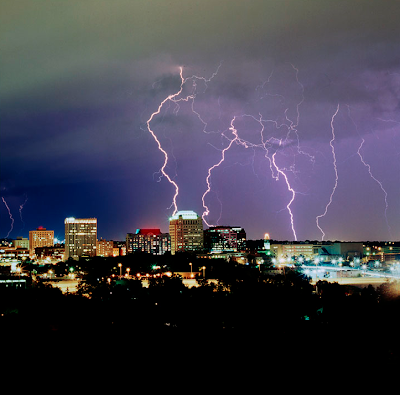 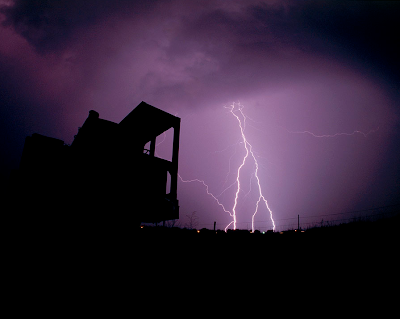