British photographer, Helen Sear, just opened a new exhibition, Beyond the View, at the Klompching Gallery in Brooklyn. The opening reception is on May 13th, and the show will run through June 11th. Sear has exhibited her work in venues throughout Europe, including the Musee de l’Elysee, Lausanne, Switzerland; Culturgest, Lison, Portugal; UK Art 2000, Berlin; Zinc Gallery, Stockholm; Maidstone Library and Museum, UK; Kettles Yard, Cambridge, England; and Yard Gallery, Nottingham, England. Her works are in numerous private and public collections. Sear currently teaches in the Fine Art Painting department at the Royal College of Art, London.

Sears is an accomplished and varied photographer, using interesting techniques to create layered images:
From a series of landscapes and figures, two separate photographs are superimposed, the image behind appearing to float as a net or veil on the surface by a process of hand drawing/erasing in the computer. One photograph depicts the back of a head, the other a landscape both taken in different locations and reconstructed within a single image. 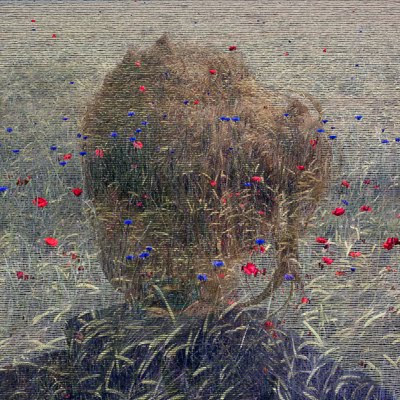 I have developed this approach of a double time of image making, one being the instant of the taking of the photographs, and the other their subsequent reconstruction through touch and the labour of the hand, signalling a return to a more primitive and bodily experience. 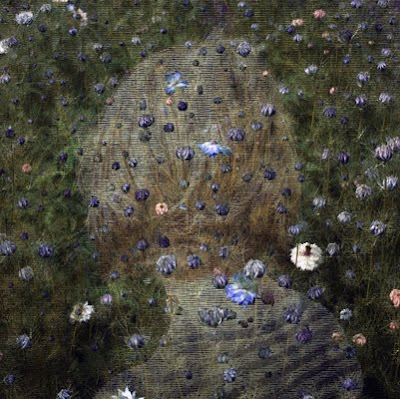 Neither able to be fixed as a complete picture, the partial erasure of one reveals an incomplete picture of the other. The figures and landscapes are taken in different geographic locations and the enmeshing of the two explores the possibility of being simultaneously in more than one place at any one time. 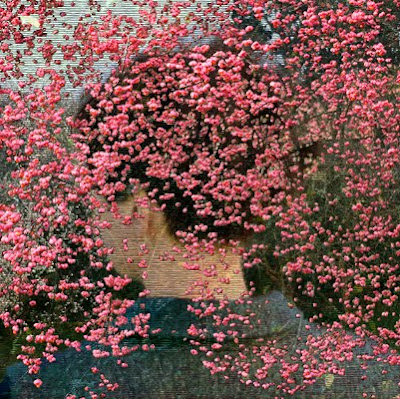 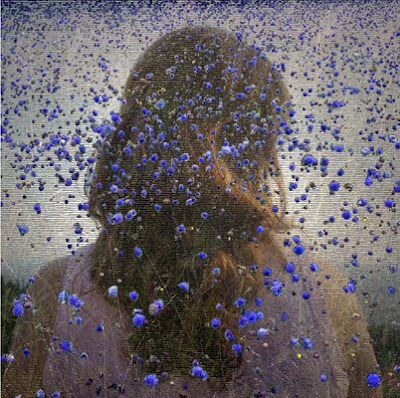 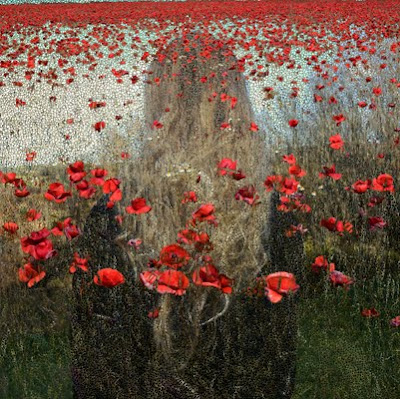 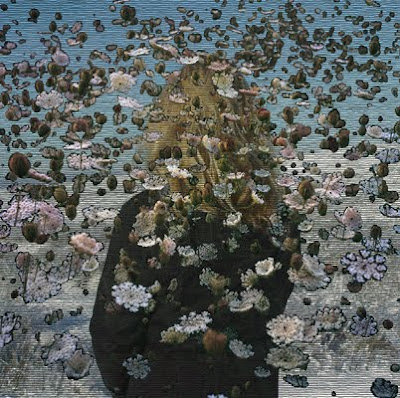 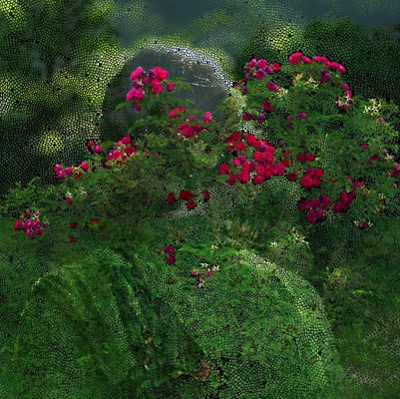 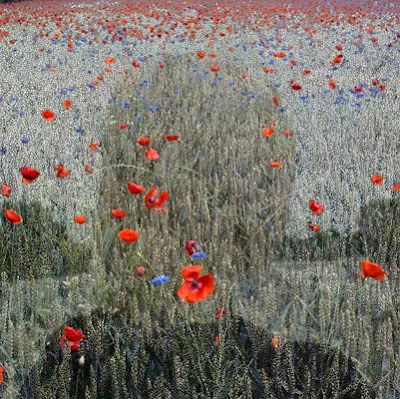 Images from older work, Inside the View 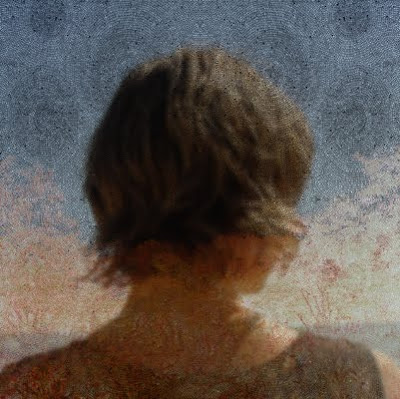 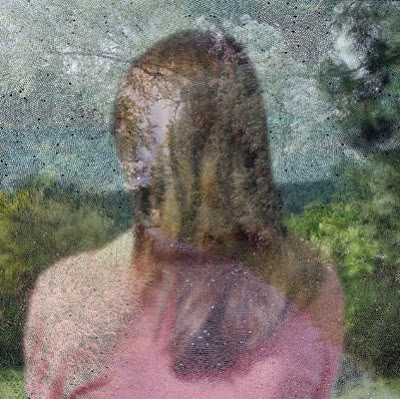 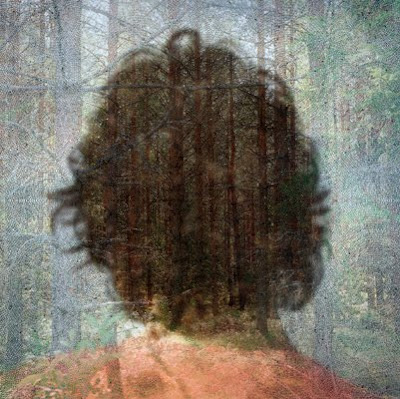 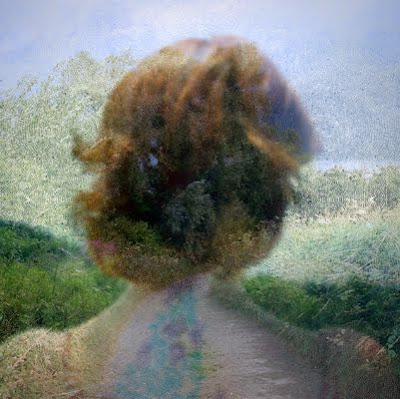 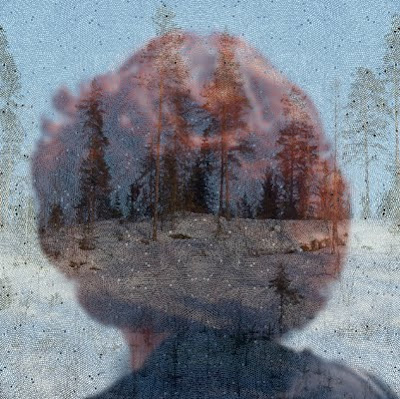 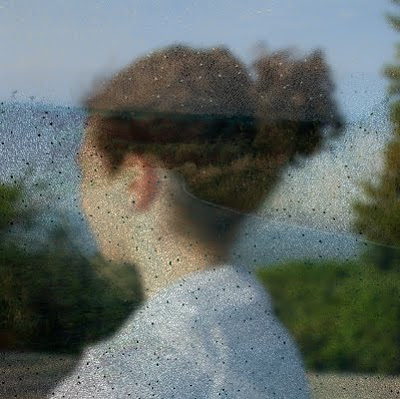