Ann Mitchell on The Still Life by Aline SmithsonAugust 28, 2010

This week I am on vacation and a variety of photographers from around the country are contributing to Lenscratch. Los Angeles photographer, educator, and good friend, Ann Mitchell, wanted to reflect on her appreciation of still life imagery. Much of Ann’s own exquisite imagery is captured with a large format camera, and surely the slowed-down nature of working this way makes her appreciate the time it takes to create the perfect composition.

I’ve always had a real love for still-life photography – it’s this incredibly difficult and lonely thing – creating an entire world out of the nothingness of a studio is not for the faint of heart. Just like large format, it requires mad photo skills. You’ve got to master lighting, working with props and composition, and it’s all got to be in service to a concept.

For the most part, even early 20th Century masters such as Paul Outerbridge worked as commercial photographers long before their work was discovered by the art world. I first saw his work in the early 1980’s at the G. Ray Hawkins Gallery. Hawkins had recently purchased a large portion of the Outerbridge estate and had started to promote the work. Outerbridge brought his love of Modernism to advertising photography and was an early adopter of color photography – back when you had to create your own color. 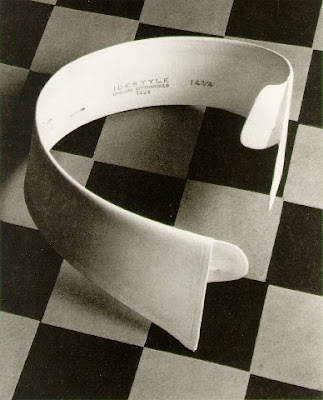 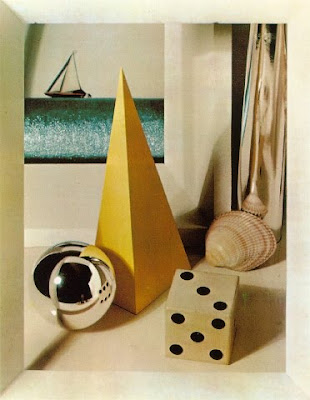 Jo Ann Callis was deeply influenced by the work of Outerbridge early in her career at Cal Arts. She loved “his interest in images that appear to be beautiful and mildly seductive, before you realize something is not quite right.” I could say much the same about her work – Cheap Thrills manages to be tempting and slightly unnerving at the same time. Callis also chose to work in color and integrate performance into many of her images. 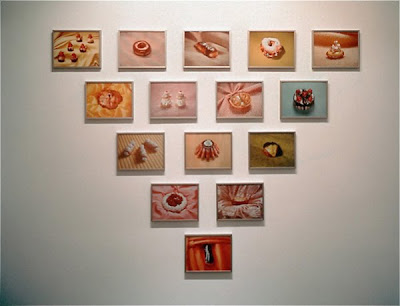 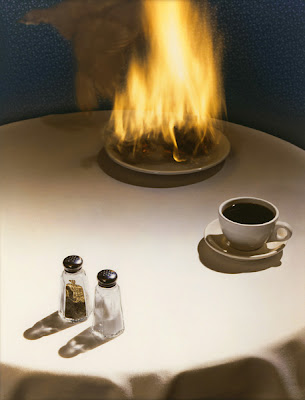 In the late 90’s American Icons, by Carrie Mae Weems, explored domestic still lives by using stereotypical racist figurines such as Uncle Tom and Aunt Jemima to “endeavor to intertwine themes as I have found them in life – racial, sexual and cultural identity and history – and present them with overtones of humor and sadness, loss and redemption.” Her use of b&w imagery also brought a nostalgic quality to this series. 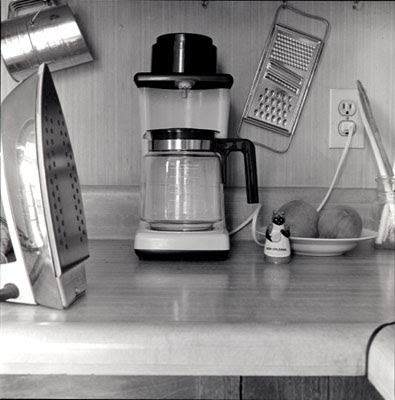 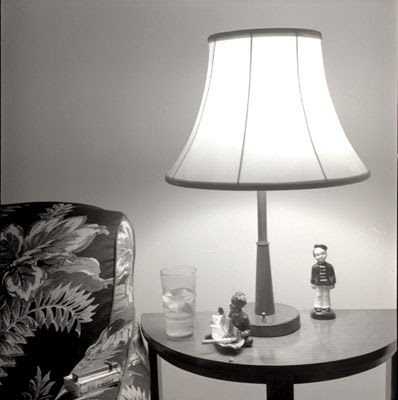 Irving Penn, who died last year, was the “holy grail” for editorial photography still-life. Unafraid to bring art into all aspects of his imagery, his exploration of still-life elevated his editorial work for Vogue and in many ways his work was ahead of its time. In After Dinner Games he moves the eye throughout the image while incorporating his use of the neutral but still textural backdrop know as a “Penn Drop.” 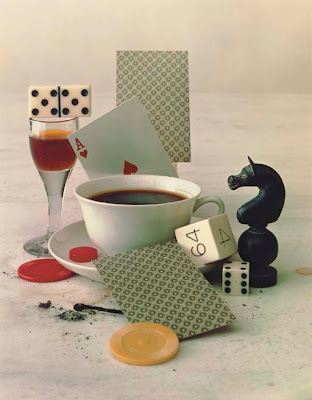 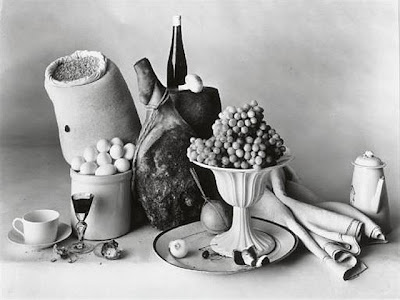 Laura Letinsky‘s work combines a contemporary minimalist approach with a luscious use of lighting. Starting in 1997, this series, Hardly More Than Ever, creates “observations of forgotten detail, remnants of daily subsistence and pleasure.” I love how she allows the space to be such a strong element of the composition – like an actor who’s not afraid to be silent. 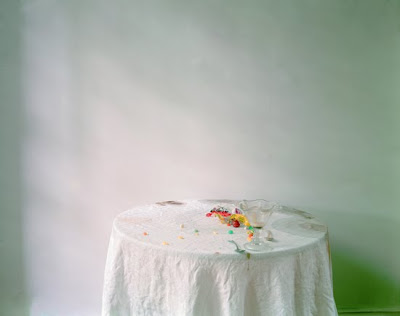 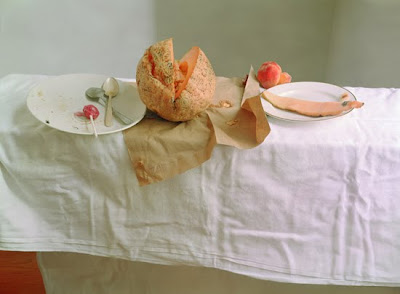 I want to thank Aline for this opportunity. It gave me a chance to think about an area of photography that I loved for many years, but haven’t practiced since the 90’s. Still-life is part production design, part social anthropology, by it’s very nature it allows the artist an opportunity to comment on their world and what’s important to them.