I truly believe that most of us create work from some thread of our childhood, drawing upon references and influences and events. David Ellingsen was raised on Cortes Island, a remote community of 1000 residents in Canada’s Pacific Northwest, on a small family farm surrounded by forest and ocean. As an adult, David became a well-regarded commercial photographer gleaning advertising and editorial assignments from The New York Times Magazine, People, and the Canadian Broadcasting Corporation, among many others. But David also has been able to create a parallel photo life, with a fine art resume reflecting dozens of exhibitions worldwide with numerous international awards and honors. It is his fine art work that brings him back to his childhood roots, to a focus that is steeped in the natural world. For the two series featured below, David uses of the now discontinued Polaroid 55PN film to capture images that demonstrate a broad tonal range and are and processed and archivally printed. 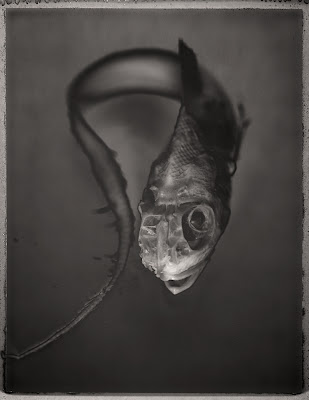 “I have always felt a conflict between my rural upbringing and my adult urban life, and it is from this tension that I find the inspiration for my photographs. The values and lifestyle of the family farm where I grew up on Cortes Island formed in me a strong relationship with the environment and the cycles of the natural order. As I entered adulthood I left the island and readily embraced life in the city and the modern urban experience, and still do to a great extent, but that kinship with nature began to quietly seep away. This unwelcome disassociation inspires in me a navigation back to a harmonious place between the extremes and the compelling urge to create work about this journey.”

I am featuring two projects, the first, Hibernus, which opens as an exhibition at Akasha Art Projects in Toronto tonight and runs through February 4th, and a second project, Sea Life, that I enjoyed exploring as one of the Critical Mass submissions.

Hibernus: Collected in winter during the final stages of their life, the botanical subjects for this series were chosen for their beauty of form and graphic possibilities. Additionally, and more importantly, they represented a respect and appreciation for the value of the latter part of the life cycle. The Polaroid 55PN film used to capture this collection – an excellent, fine-grained, textured film, rich with organic imperfections—was also at the end of its lifespan. Due to the changing demands in photographic technology 55PN was discontinued in 2008, despite its decades of peerless performance. 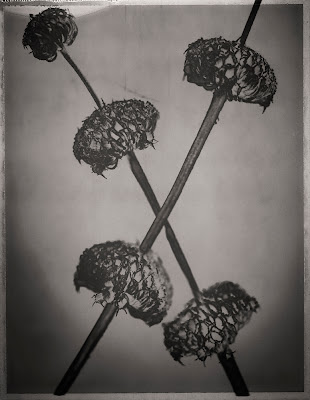 In simple terms, the subjects and the medium were chosen in supportive tandem, referencing the beauty and significance in what has aged. 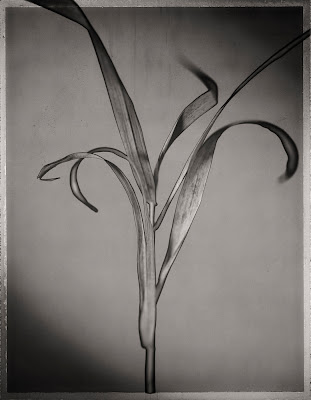 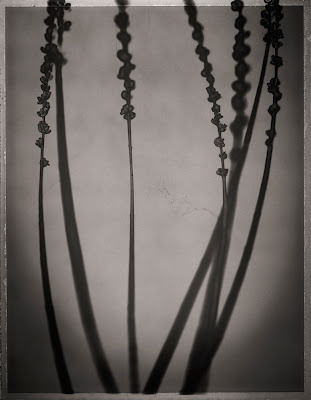 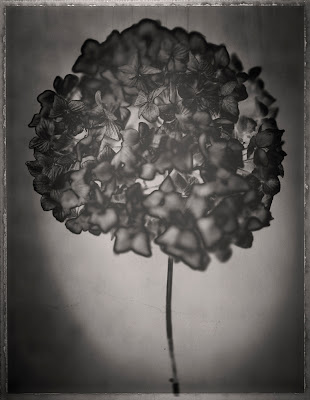 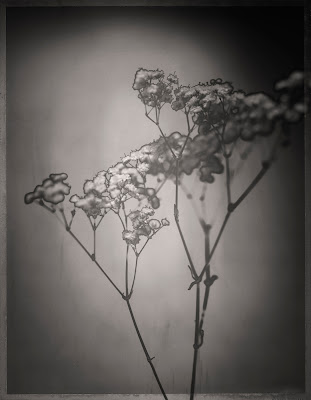 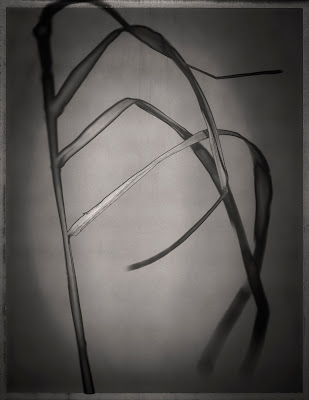 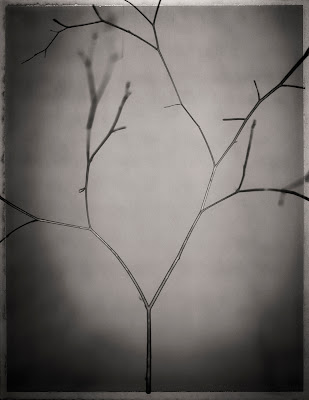 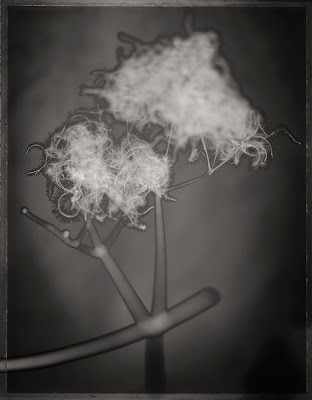 Sea Life: The creatures contained in this collection of photographs are not intended to be a concise record but rather a feeling…a fascination…a darkness. I return often to a shaded beauty in my photographs and this portrayal of these denizens of the deep seems an accurate metaphor for our times. Using part of my last supplies of Polaroid’s beautifully flawed Type 55PN film, now extinct in itself, and drawing on the historical darkroom processes of Man Ray and the botanical studies of Karl Blossfeldt, I was compelled to create a response to the ongoing decline of the planet’s oceans. 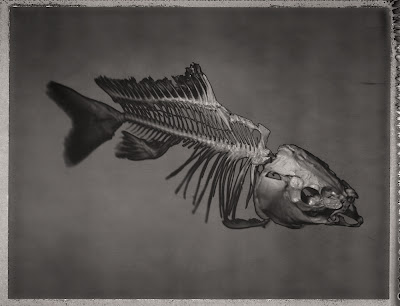 I shall leave words on the state of the ocean environment to Mr. Rex Weyler, whose accompanying essay for this series speaks to that subject with great eloquence. For my part, the creation of this body of work was simply a reaction to the overwhelming, paralyzing flood of environmental reports coupled with a sensitivity that grew from an upbringing on a remote island surrounded by the sea in a community where harmony with the environment is not only revered, but very often essential to immediate quality of life. 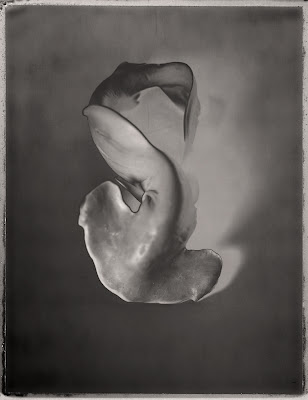 At its core I intend this work to be a part of the wider environmental discussion, contributing to awareness and helping to fuel the great call to action that, at this late hour, is imperative we clearly hear. 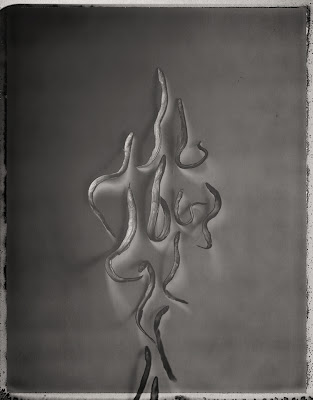 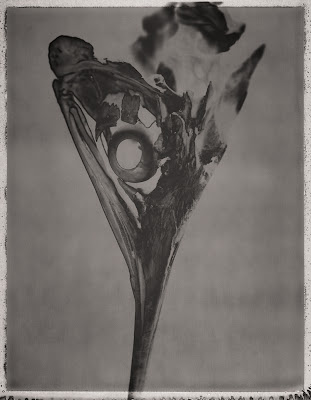 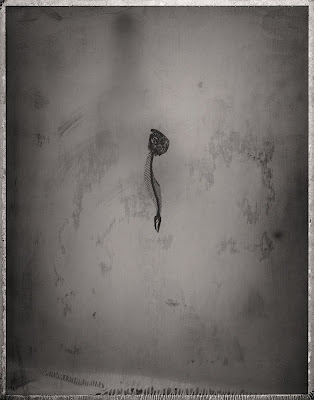 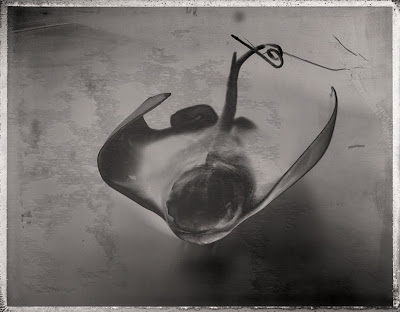 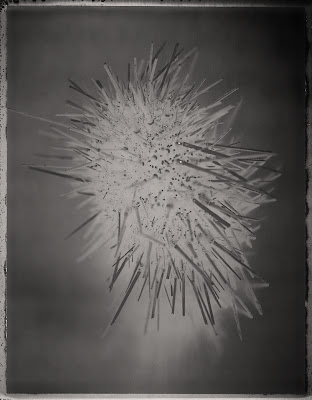 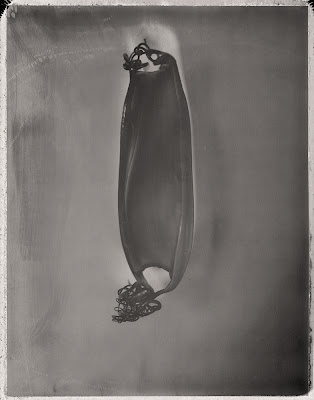 NEXT | The Center Awards >
< Patrick Millard, in Memoriam | PREV