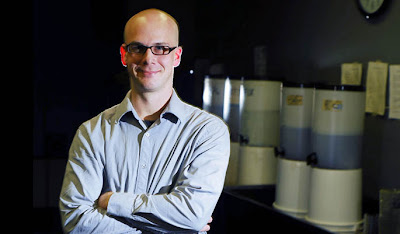 Pittsburgh photographer and educator, Patrick Ford Millard, aged 30 and formerly of Lamont, MI, passed away Monday, December 12, 2011. I was informed by one of his devoted students, Margaret O’Hara, about this loss to the photographic community, and to Patrick’s family and friends. I featured Patrick’s work on Lenscratch just about a year ago and I loved his unique approach to image making. He had a scientific and visual mind and was exploring new terrain with his many projects and areas of interest. Margaret shared that Patrick would often show her work featured on Lenscratch and it is her goal to bring things full circle. Margaret is working on a project that I will be featuring in the future, as a way to honor Patrick.

Here is what Margaret has to say about Patrick as a teacher and mentor:
When I first met Patrick a year and a half ago, starting off my sophomore year in college at Point Park, I thought he was quite possibly the most pretentious individual I would ever meet. However, I soon learned that what Patrick was wasn’t pretentious at all, but true genius and incredibly inspired about everything he was doing with his life. I almost as quickly learned that he was just as inspired about each of his students as he was about his own artwork. Before Patrick entered my life, I was a photojournalism major at the university, kind of just doing things I knew needed to be done, taking classes I knew I needed to take, etc. After I met Patrick, I changed my major to photography, and everything about my life changed thereafter. Patrick saw something in me that no one ever had before. He brought alive a spirit inside of me that I never knew existed. He showed me what it was to truly believe in photography as an art form, and to believe in myself as an artist. One thing Patrick always said to me, that never meant so much until we lost him as a part of this world, was: “Mags, if you love what you are doing, you will make it take you wherever you want to go.” I have never in my 20 years of life come across a person so motivated about, well, every aspect of their life, and more specifically, about their artwork. I am truly thankful to have had such a great inspiration in my life, if only for a short period of time. Patrick Millard forever changed my vision of this world and what I want to make of it. I will never forget him. 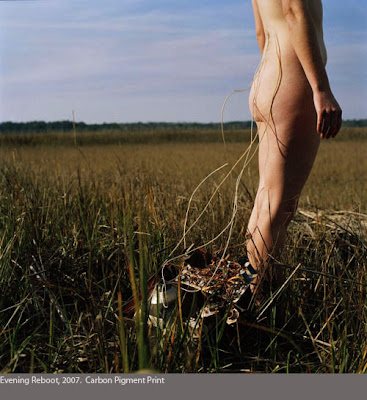 Needless to say, Patrick’s passing is a huge loss to the photography and education communities, as well as to his friends and family. Here is his bio, taken from the Park Point University site:

Patrick Millard, who joined the School of Communication faculty in 2010, is an artist who originates from the small Western Michigan town of Lamont. His work in photography, new media and sound addresses ideas about media, digital culture, technology and the interactions that human beings have within their own synthetic environment.

His work has been exhibited nationally and internationally and continues to gain recognition. Recent exhibitions include Homo Virtualis [Porto Santo Biennial] in Porto Santo, Portugal; Tek’tanik at Art Guild New Jersey and Gallery Affero in Newark, N.J.; Digital Landscapes at the TMG Gallery in Guarda, Portugal; Digital Fringe at the Melbourne Fringe Festival in Melbourne, Australia; Fauna Show at The Workshop Gallery in Bialystok, Poland; Origins at the Fox Art Gallery in Philadelphia; Snap To Grid at the Los Angeles Center for Digital Art in Los Angeles; The Human Canvas at The Center for Fine Art Photography in Fort Collins, Colo.; Virtual Worlds at the UAVM; Virtual Humanities at the Icone Gallery in Coimbra, Portugal; SMart Festival at Open Concepts Gallery in Grand Rapids, Mich., and A Million Little Pictures at Art House in Decatur, Ga.

In 2008, Patrick began to show his work inside the virtual simulation world Second Life; exhibitions that advance beyond two-dimension work and expand his ideas of simulation, virtual reality and the synthetic future where the physical object gives way to its virtual counterpart and its presence is valued entirely for its idea rather than its place in space.

This transition toward a more prominent virtual presence as an artist eventually led to the inevitable. In 2009, shortly after becoming a regular exhibitor in the virtual environment, Millard embarked upon his first photographic series that used the environment and society of Second Life as its subject matter and conceptual theme. Virtual Lens is an artistic and anthropological investigation into the life of the avatar, landscape of the sim environment and experience of the virtual world. Millard continues to photograph and exhibit his portfolios as well as spend time with fellow avatars in Second Life.

During June 2010, Millard was an artist in residence at the Biosphere 2. During his time in residence he worked on photographic, sound and digital media portfolios.

A recent Vimeo of Patrick lecturing…

Rest in Peace, Patrick. You are missed.