Carolyn Drake ‘s project, Uyghur, documents Xinjiang, China in a variety of ways–by photographing objects as a way of visually journaling her thoughts and feelings, collaborating with the people she encountered in the province and asking them to reinterpret her photographs through drawing and text, and by showing us what was and what is.  This three tiered way of capturing place gives us a rich tapestry of a province in transition. 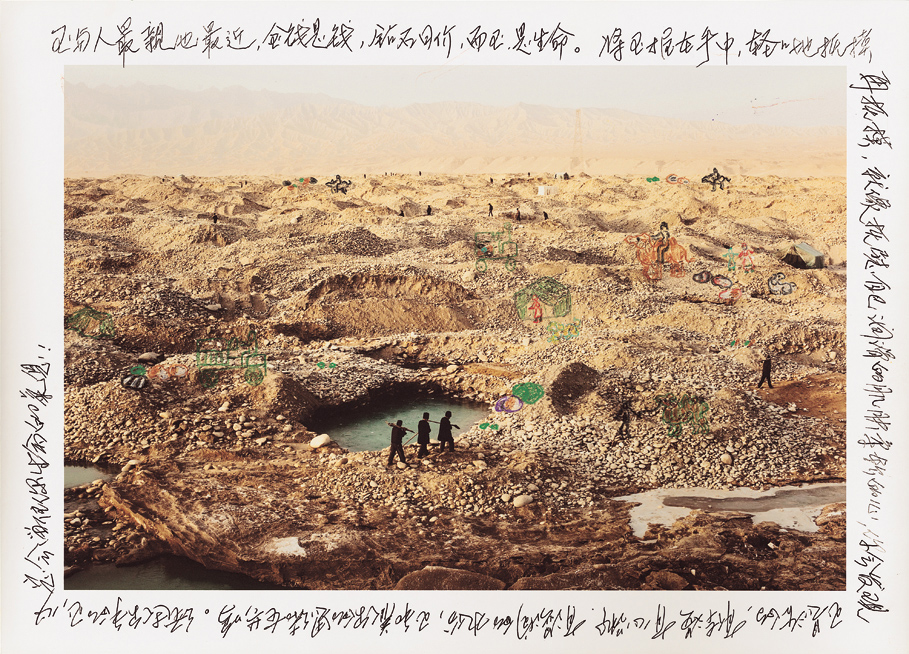 “When I was young, people were poor.  Now they are getting richer from jade and from the government  A lot of people are looking for jade on the Black Jade River and the White Jade River, looking for luck.  If they can’t find a good piece of jade, they can sell it for a lot of money.  The Chinese people love it.  Digging is a hard job.  It’s like gambling.  If you have luck you can find it, if you have no luck, you just dig.”

Carolyn received her BA in Media/Culture and American History from Brown University, and later studied photography at ICP and Ohio University. She now splits her time between self-driven documentary projects and the magazine editorial work from which she makes a living. Carolyn is the recipient of a Guggenheim Fellowship, a Fulbright fellowship, and the Lange Taylor Documentary Prize, among other awards, and is currently putting together her first book, Two Rivers. She is based in Istanbul, Turkey.

Uyghur:Xinjiang – China’s vast far western province – has changed drastically since I began photographing Uyghurs there in 2007. Traditionally living in agricultural villages and trading towns on the edges of the Taklimakan Desert, many Uyghurs have been forced off of their land and out of their courtyard homes into urban housing projects. They are displaced by millions of Han workers migrating west from the Chinese interior as government policy tightens its grip on this province which borders several newly independent, Islamic leaning countries. 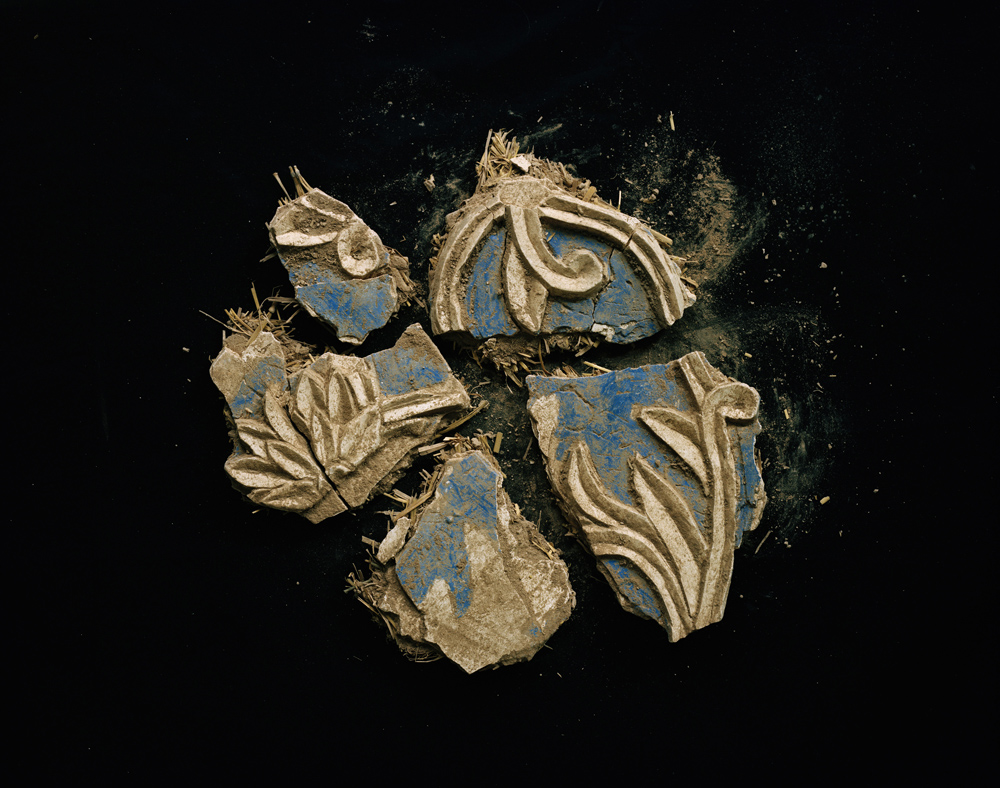 While Uyghurs continue to aspire to cultural and political autonomy, their language and way of life are transforming. Ive been drawn back over and over. The attraction comes partly from a sense that these changes ought to be viewed from more perspectives, especially ones that consider Uyghur interests. Its also a personal attraction to the desert landscape, communal culture, vivid streetlife, and hospitality I saw there. 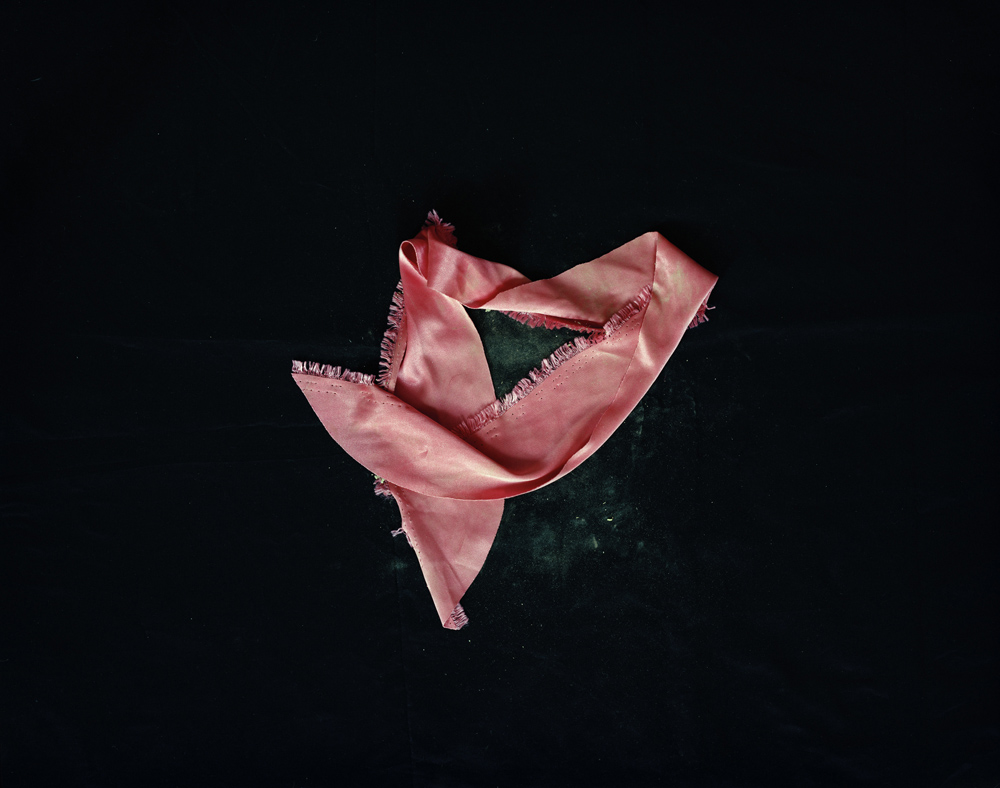 Feeling the limits of what could be expressed with my camera, I eventually began to look for meaning other ways. I learned about the significance of dreams in Islam and asked people to describe their own remembered dreams. I collected and photographed objects left in the dust of demolition. I carried a journal which I asked people to leave messages in. 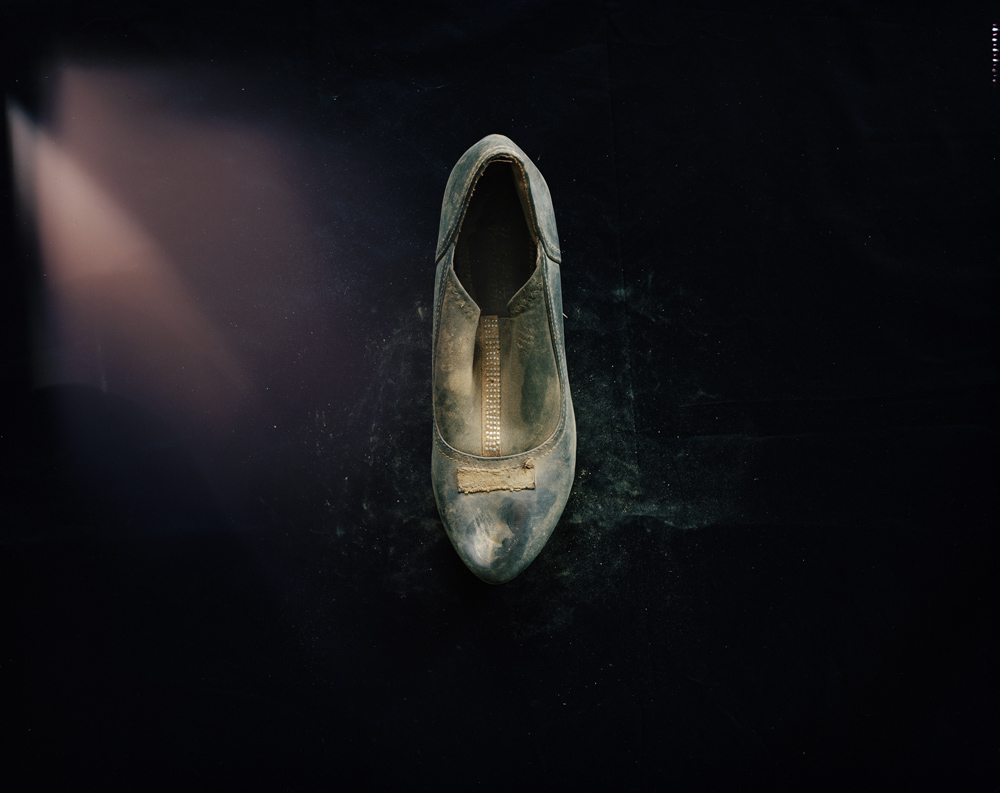 And I made prints of my photos, asking people to draw their own pictures on top of them, and recording interviews with those who were willing to take the risk. The project has become a narrative collage of these disparate elements. 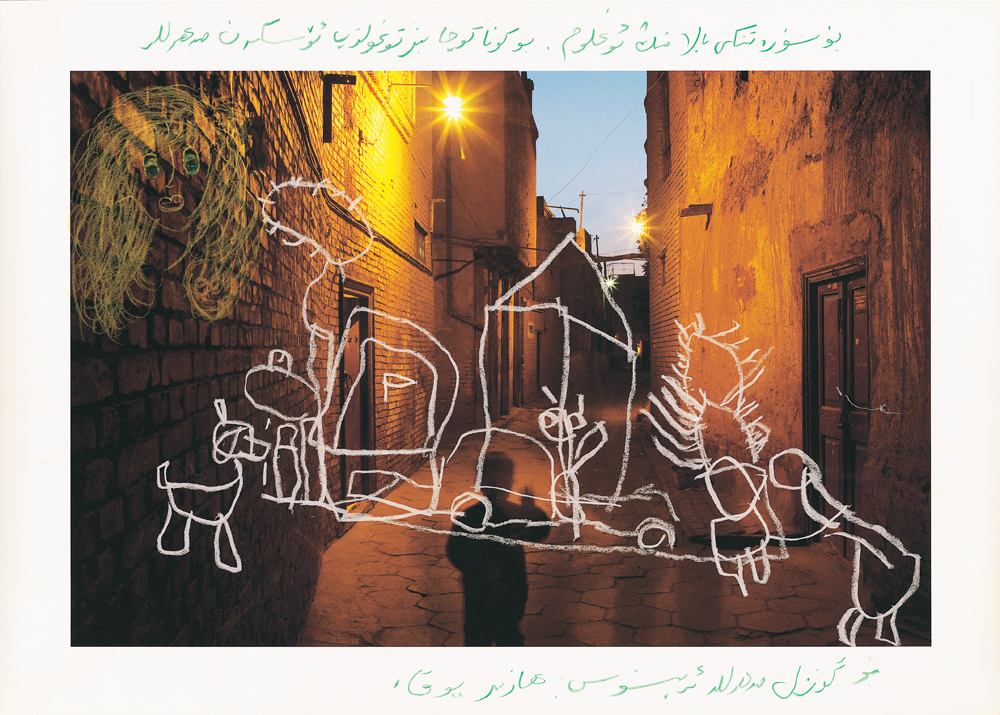 “This is a picture of my son.  Its the street I was born on. It is a beautiful street. My son drew his dream.  A person running after a thief.  My wife wanted to draw but she thinks she didn’t draw it well.” 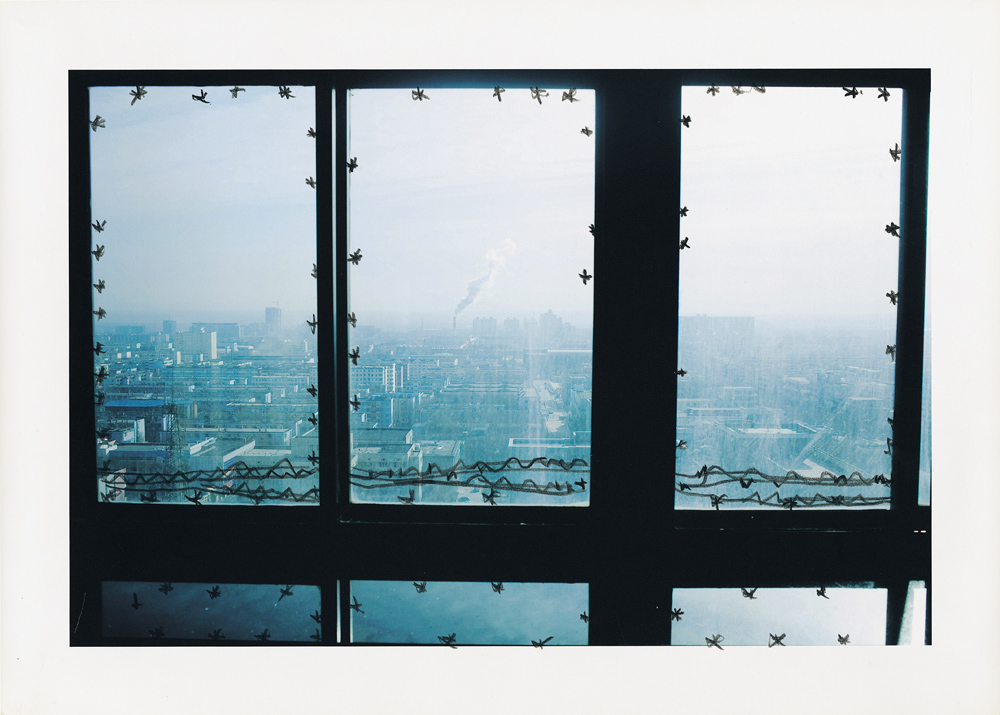 “Twenty years ago it was very nice, there were a lot of springs, clean water, grasses, and a lot of trees.  I was always going swimming.  It was a very beautiful place.  But now it’s all buildings, and not much green.  There are so many people living here now, it’s like flies.” 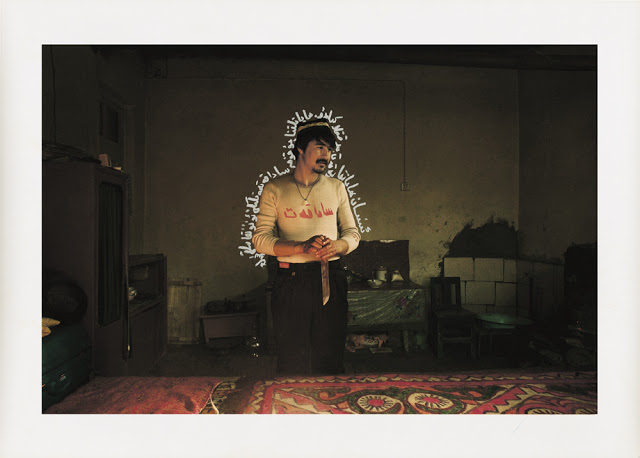 ” All of my brothers and sisters and my mother were at the village killing a camel together for the Kurban festival.  I was the butcher, taking off the meat. I work as a tour guide.  I miss home when I go to the other provinces.  Because I’m a Muslim.  Not a really good Muslim, but I’m a Muslim and I believe one day I will become a really good Muslim.  In other provinces you can’t find good Muslim good and people are strangers, they are speaking a different language and you can’t understand them.  I can understand Chinese, but it’s kind of tiring.  I get homesick very easily.” 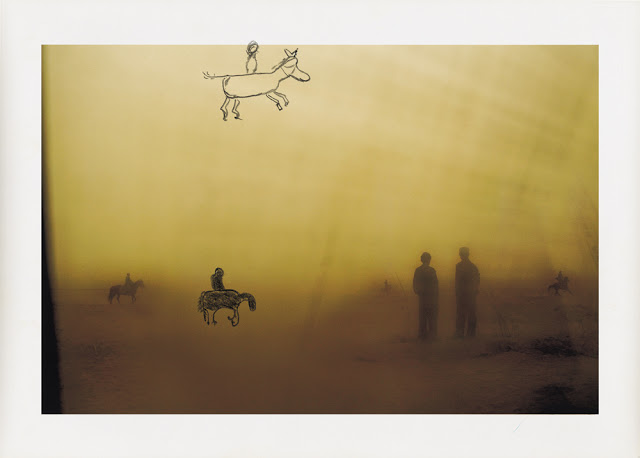 “A man who regards himself as a Muslim should learn to ride a hourse, to shoot an arrow, and learn to swim.” 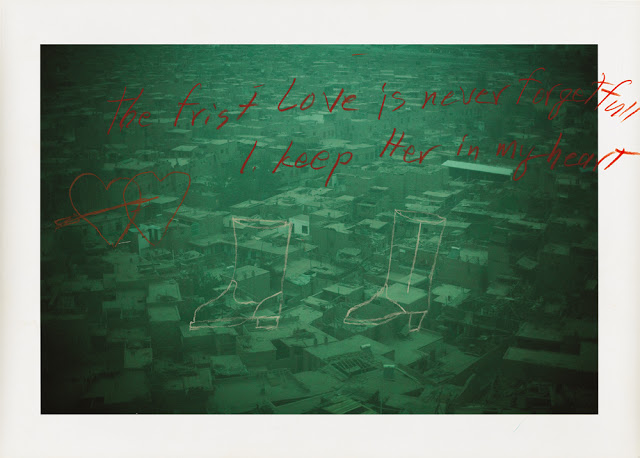 “I didn’t study at school because I love my mother. Life wasn’t good for her because my father left. We had six children in my family and I am the youngest so I had a lot of pressure on me.  I got some money every day and gave the money to her.  Then she spent the money for my brothers and sisters to study at school. The whole time, I was a shoe brusher in front of the mosque.  In front of the mosque, one small chair.  If anyone came, I’d brush their shoes.  Then I’d give the money to my mom.” 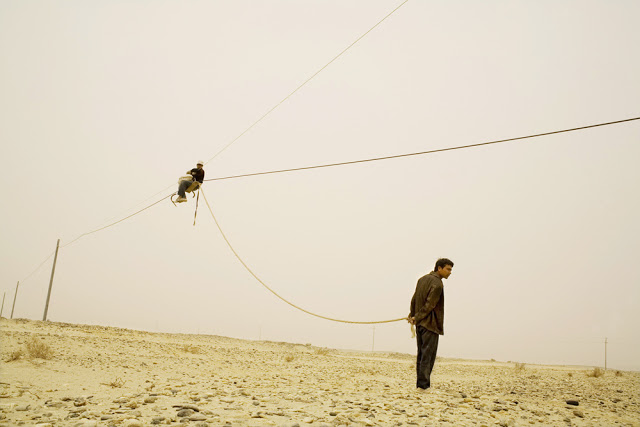 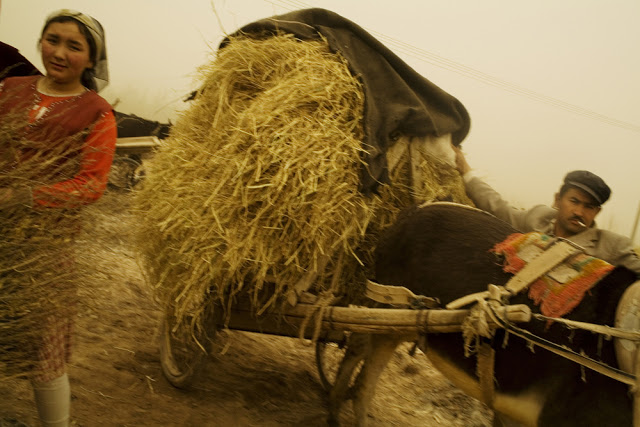 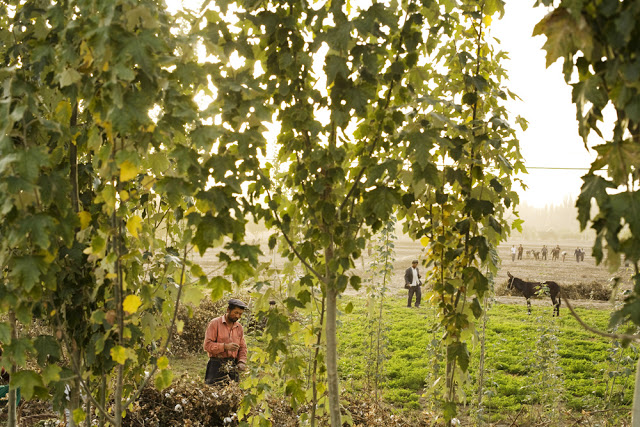 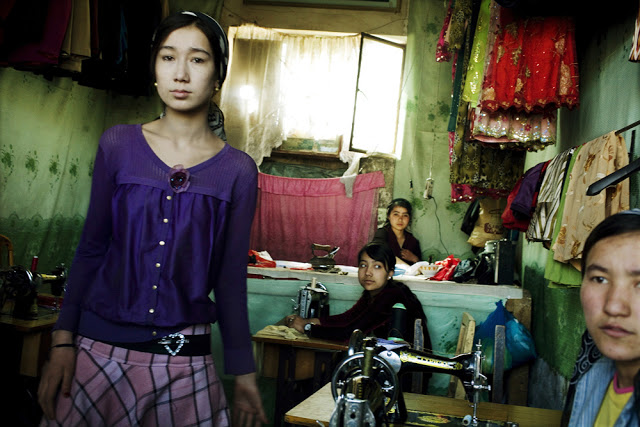 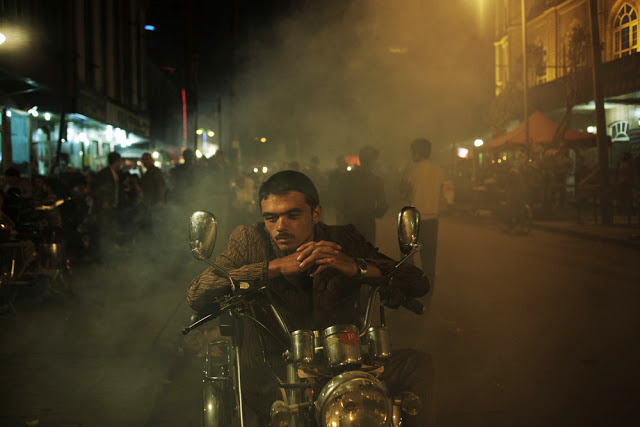 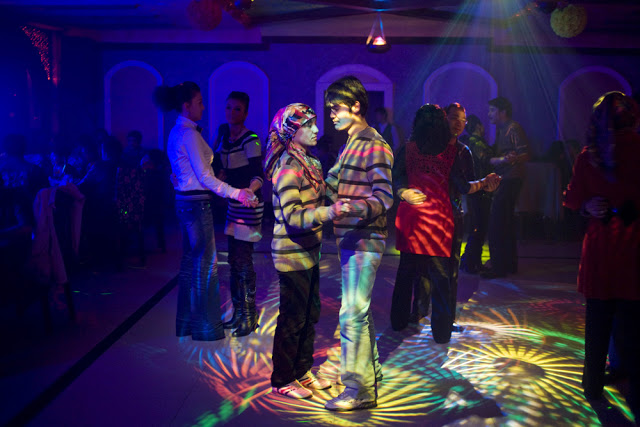 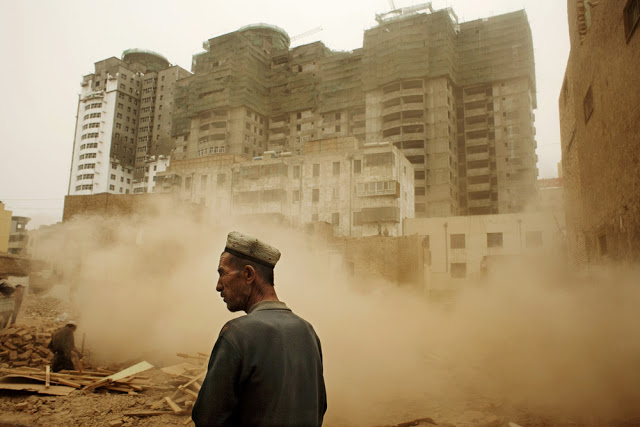