OK, I admit it.  Exploring Greg Ruffing’s project on Yard Sales had me drooling over certain objects featured at some on the sales, and my first thought was: Where are these sales, and how fast can I get there?  I mean, who doesn’t want a set of owl lamps with crushed velvet shades?  My reaction is exactly what Greg is thinking about when he creates his work–our culture of consumption and the desire to have what we don’t need. 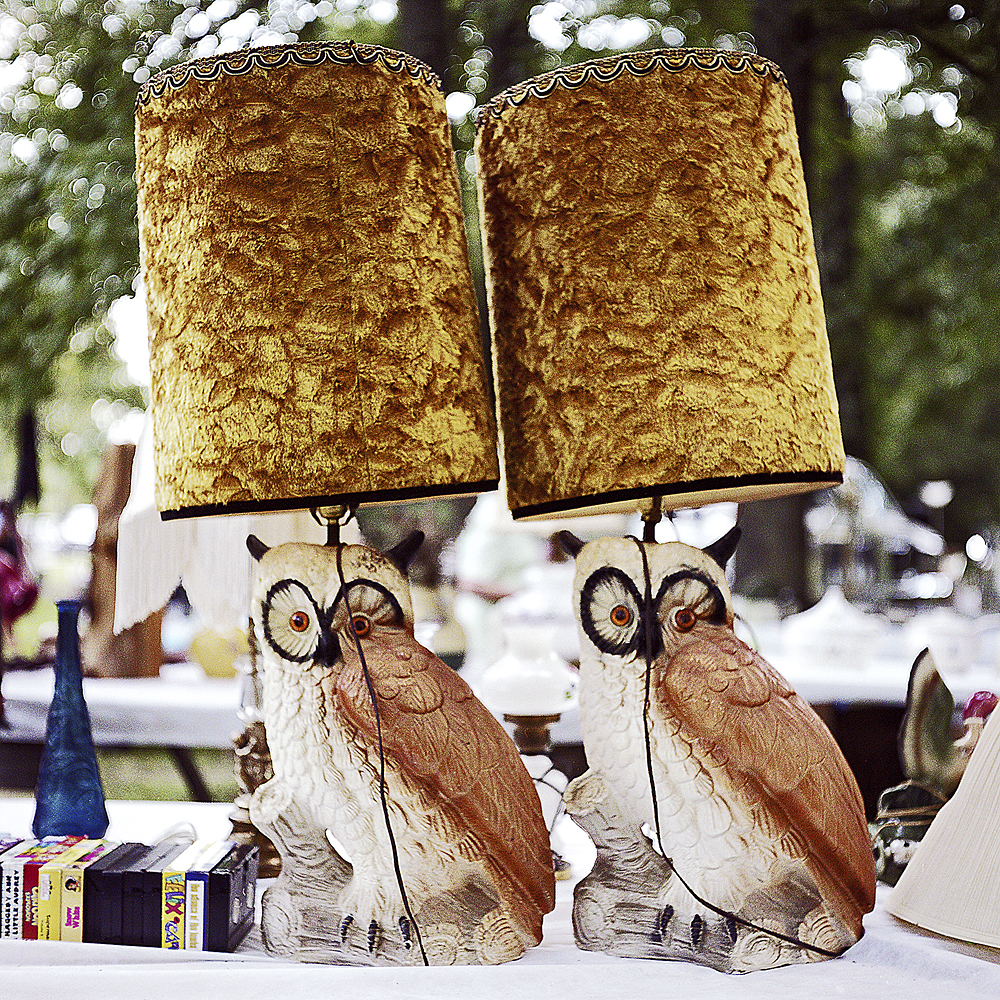 Greg Ruffing is a Chicago-based artist working in photography and mixed media and often explores themes of consumption and the economy. His works have been exhibited at the Annenberg Space for Photography in Los Angeles, the New York Photo Festival, the Cleveland Museum of Art, the Center for Fine Art Photography in Colorado, and elsewhere. In addition, his photographs have appeared in publications such as TIMEMagazine, The New York Times Magazine, Mother Jones, Smithsonian, The Atlantic Monthly, and others. Greg also runs an online photography project titled Self-Guided Tour, a series of writings about photography, art, and contemporary issues.

Greg has created a book on his Yard Sale work that has been included in the DIY: Photographers & Books exhibition that is currently on view at the Cleveland Museum of Art until the end of 2012. The book is a precursor to a larger publication he hopes to publish in 2013.

My series Yard Sales is focused on the complexities of consumption: the ubiquity and disposability of consumer goods and their ever-shifting value and meaning. In a way, these photographs are an attempt to document the cycle of our pursuits in accumulating “stuff” (and our relationship to that “stuff”), in a way that reveals fundamental human habits and behaviors and their link to socioeconomic circumstance. 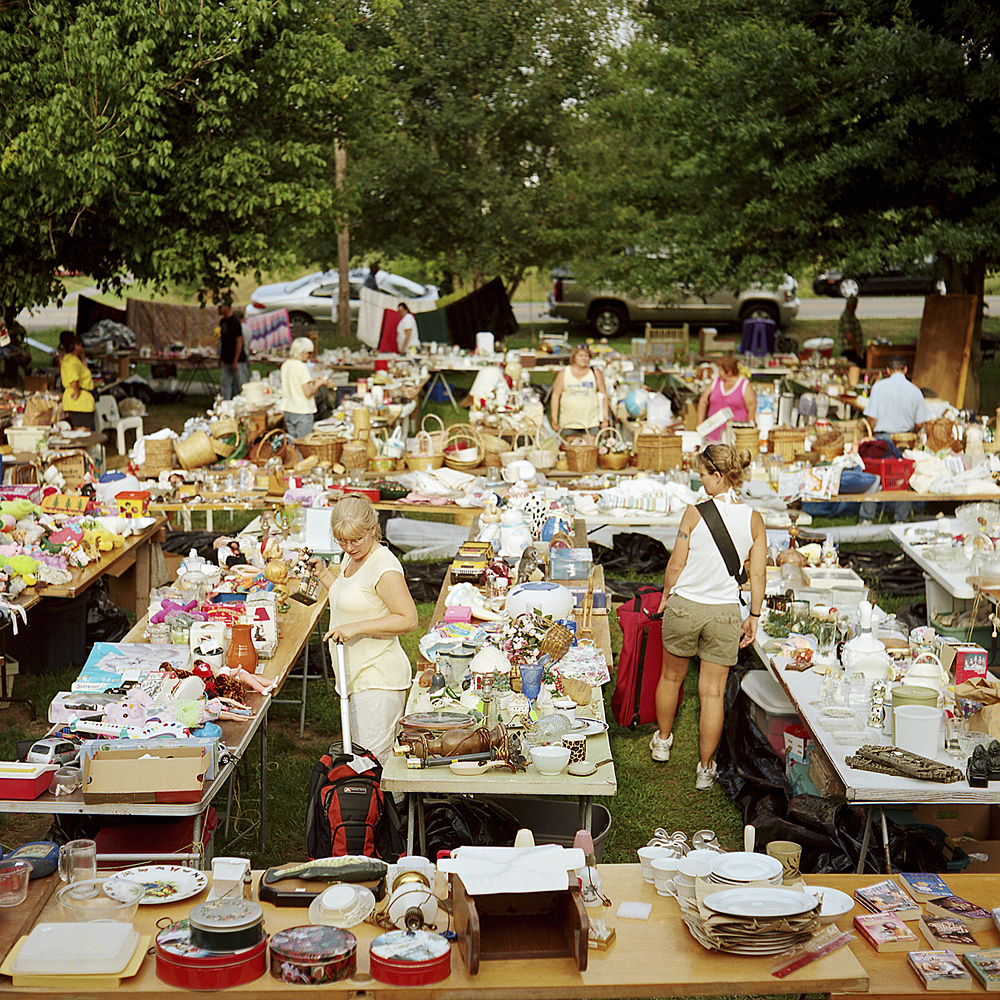 I was first drawn to yard sales as a sort of grassroots marketplace defined by the seller’s curious efforts of display and advertising to attract shoppers, and the buyer’s hunt for prized items and bargain prices. I was also interested in how the yard sale, as an event, transforms the private domestic space of the seller’s residence into a public commercial space to facilitate purchasing goods. 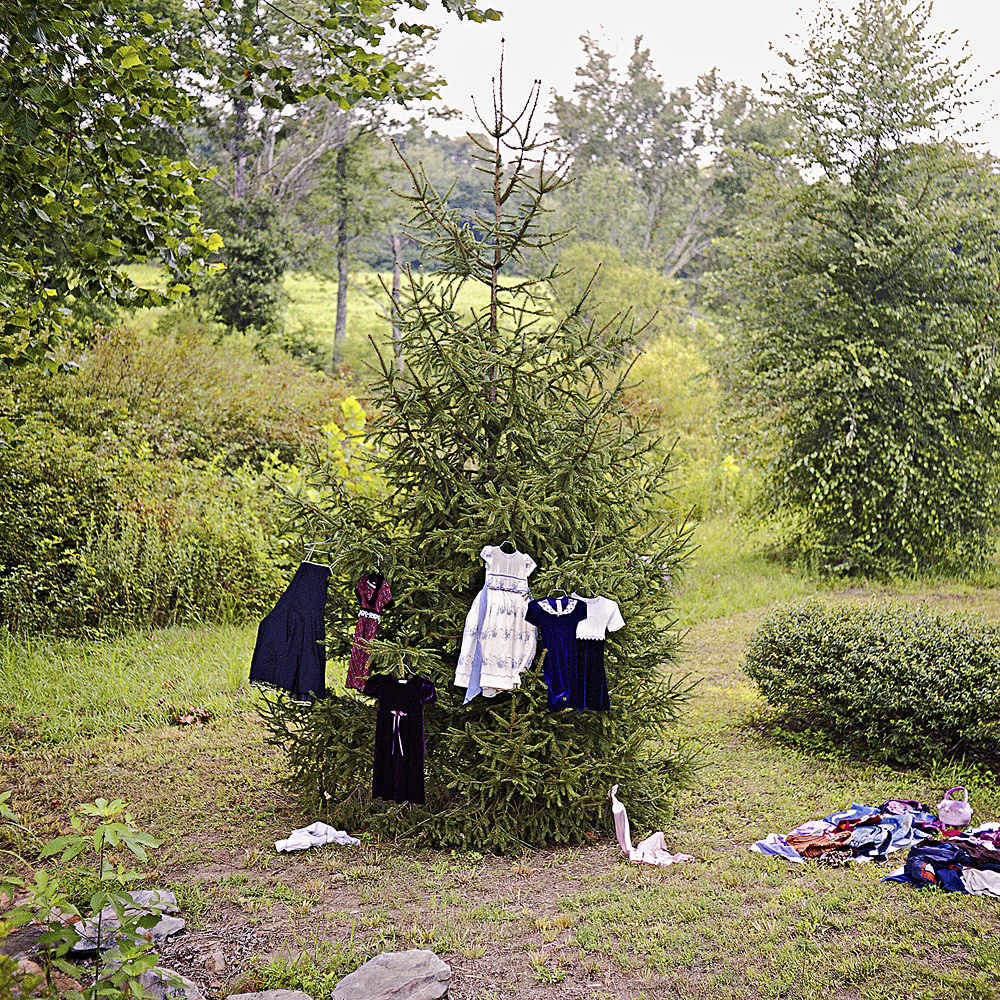 I’m also intrigued by how yard sales illustrate a specific dyadic complex of consumerism: on the one hand, they speak to our somewhat insatiable compulsion to shop and hoard possessions, and perhaps a certain cognitive blurring of the distinction between needs and wants (related to the process by which consumers assess and impose value and meaning onto material items). 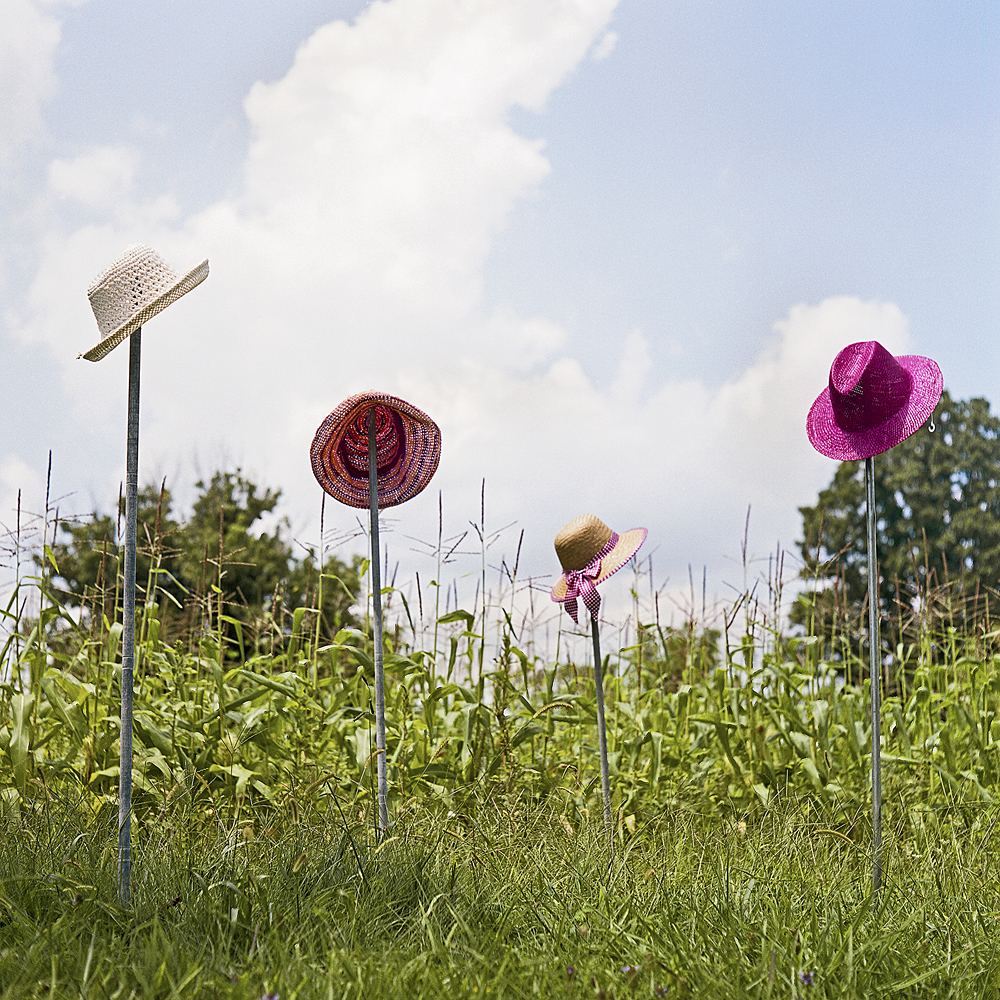 And yet, on the other hand, it seems that yard sales (and other forms of resale) serve as a crucial antidote to much of the disposability and wastefulness inherent in consumerism – sending unwanted objects into secondary cycles of consumption where they may find renewed value or purpose through subsequent buyers. 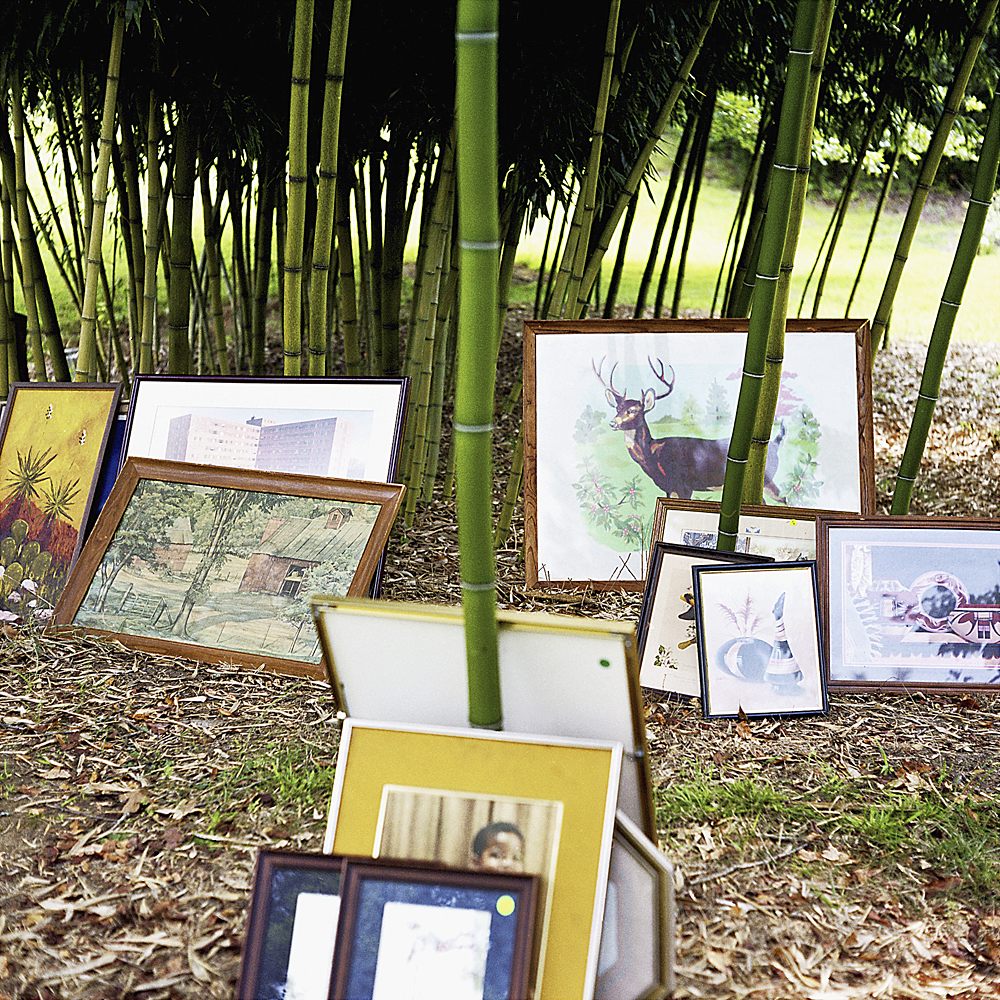 Furthermore, I’ve undertaken this project in the context of the American economic Recession that began in 2008. In those past four years photographing this project, I’ve met and talked to countless families who, in the aftermath of financial hardship nationwide, have sold off possessions just to help pay their bills. In addition, while photographing yard sales in southwest Florida (which has continually had some of the highest home foreclosure rates in the U.S.), I met people who were selling goods obtained from an underground network of scavengers who take discarded possessions from the littered front yards of foreclosed and evicted homes. 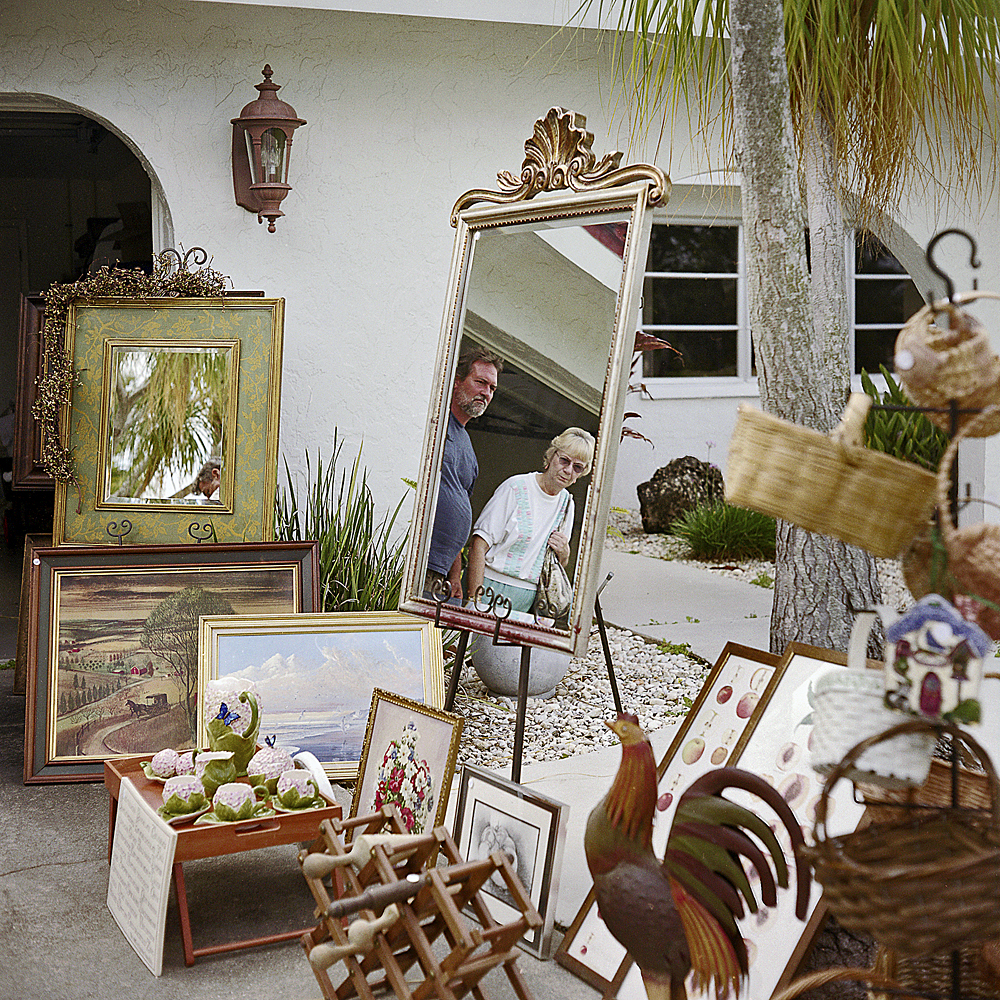 It would seem that the Recession has brought decades of unbridled consumer spending (especially its emphasis as an economic engine) into question. Some navel-gazers have even wondered if we actually shopped ourselves into the Recession by living beyond our means through cheap credit, and many have spoken of pursuing a more austere lifestyle. Its in this framework that I hope my Yard Sales project can contribute to a sincere dialogue on and modest reformulation of our relationship to the items we choose to buy. 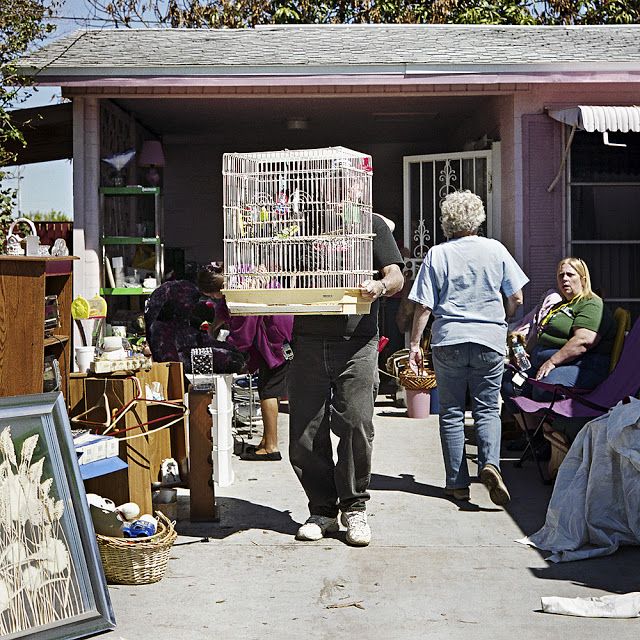 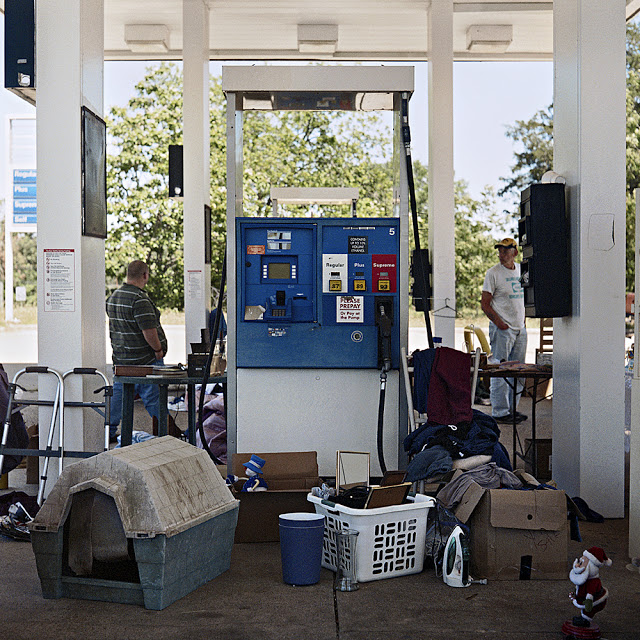 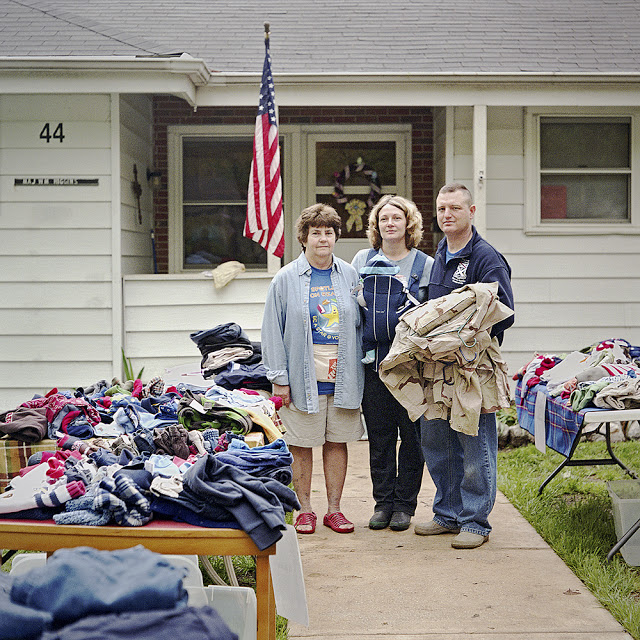 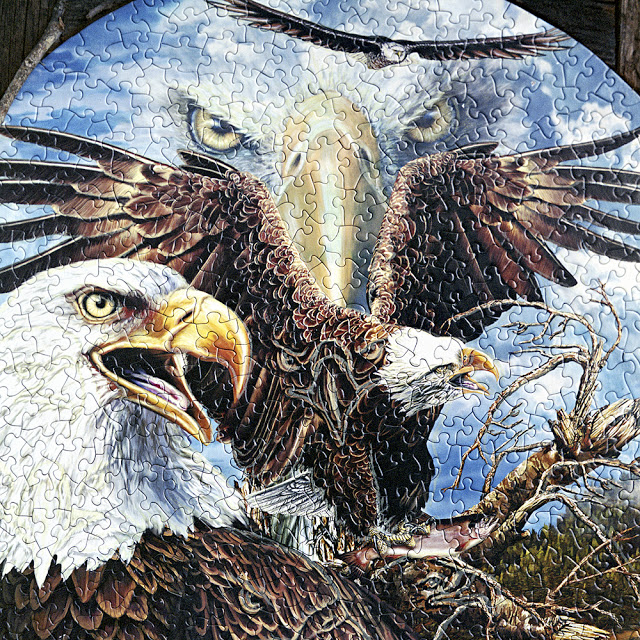 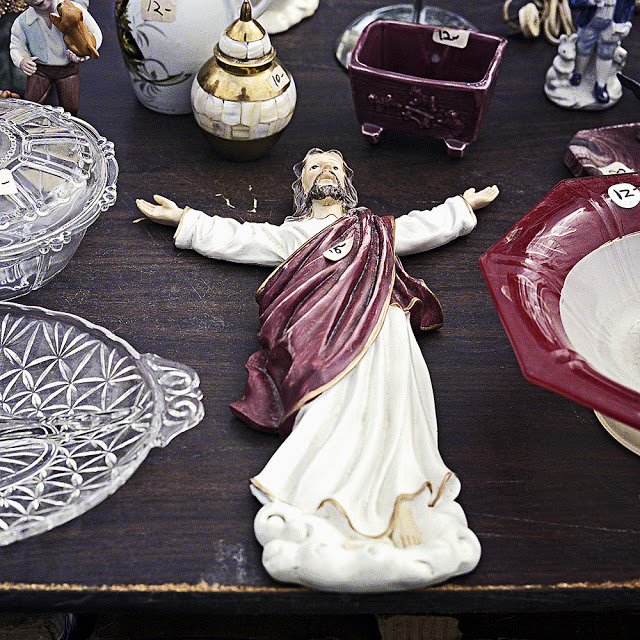 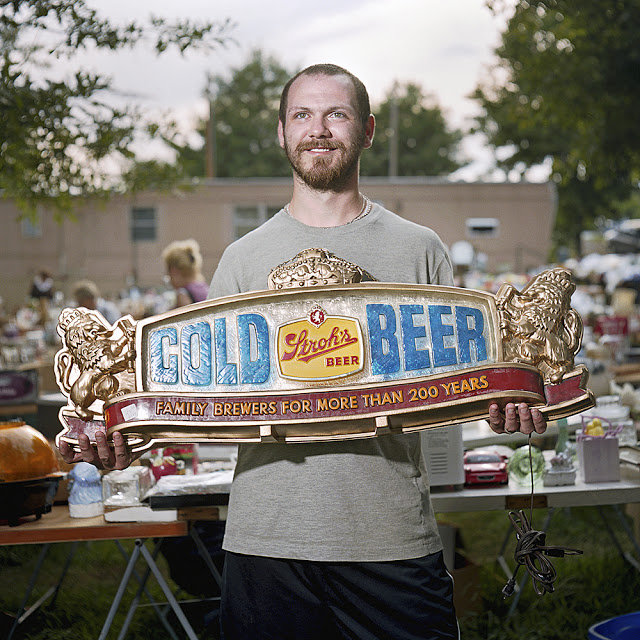 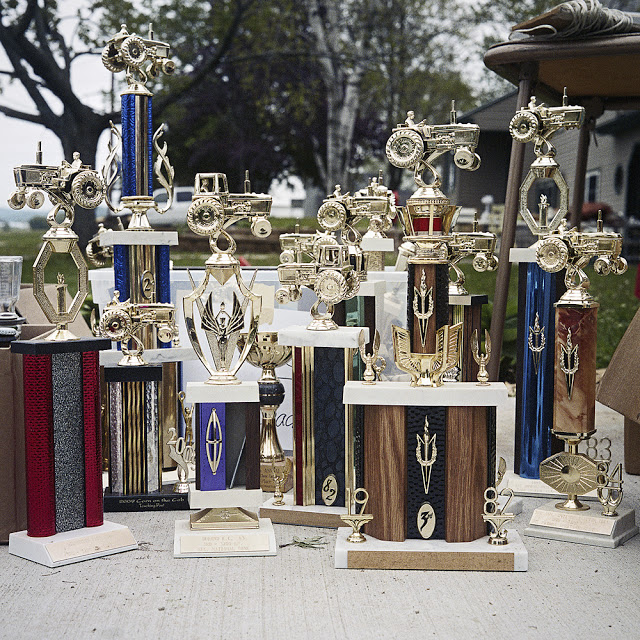 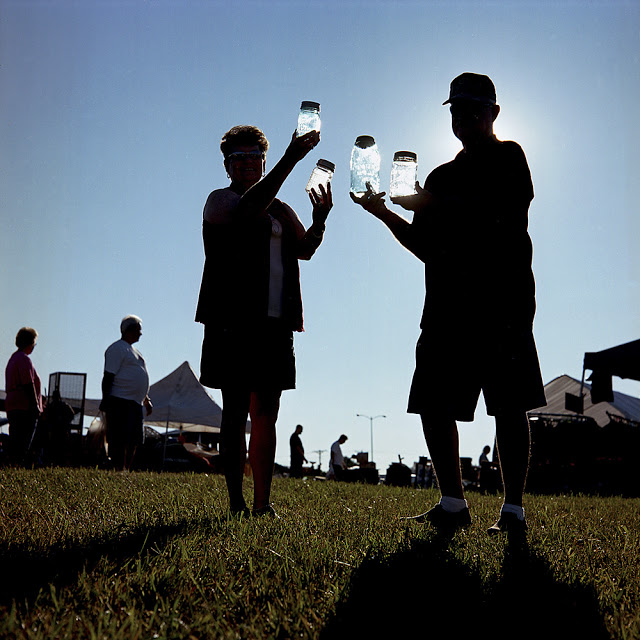 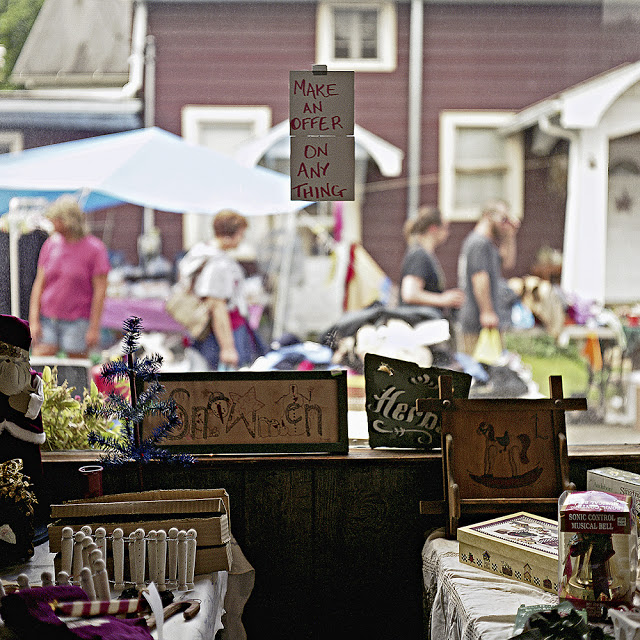