Helen Sear has two new series, never seen in the United States, currently on exhibition through October 26th at the Klompching Gallery in Brooklyn: Sightlines and Pastoral Monuments.  The work follows a thread of her earlier projects, Beyond the View and Inside the View, where the artist is considering concept, photographic process, historical reference, and visual seduction.  I am sharing two images from her earlier work to understand her visual progression. 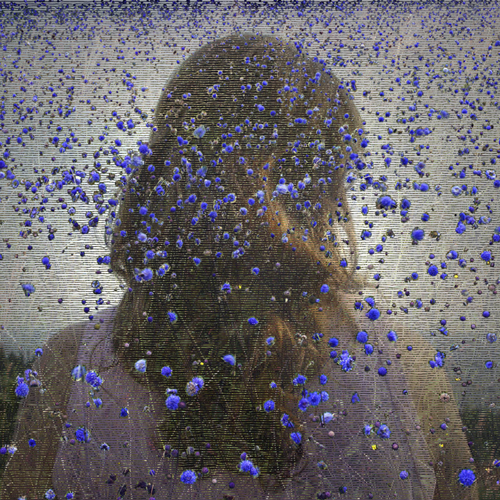 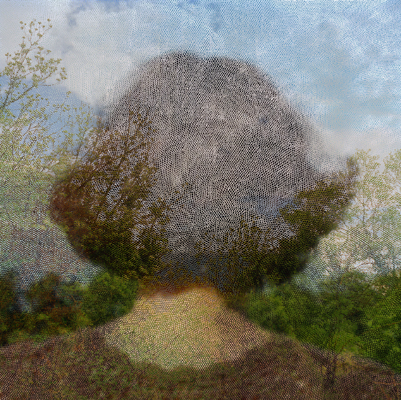 ©Helen Sear, Inside the View, No. 5, 2007
Helen’s photographic practice has developed from a fine art background of performance, film and installation work made in the 1980’s. Her photographs became widely known in the 1991 British Council exhibition, De-Composition: Constructed Photography in Britain, which toured Latin America and Eastern Europe. Her work is included in Face—The New Photographic Portrait (Thames & Hudson) and has been featured in several publications including Arts Review, Hotshoe, Guardian Review, Art Newspaper, Portfolio, Aperture and Arts Monthly amongst others. Her artworks are represented in several notable public and private collections including the Victoria & Albert Museum, Ernst & Young, British Council (Rome), Paul Wilson Collection and Virgin Communications Collection. In 2010 Helen Sear was awarded the prestigious Major Creative Wales Award and more recently, the National Eisteddford of Wales 2011 Gold Medal for Fine Art.
Sightlines is partially concerned with ideas about the unique object and the copy. The images themselves depict a portrait of a woman whose face is obscured by a mass-produced, but hand-painted figurine of a bird. Sear alters the final photograph through the application of several layers of white primer—gesso. The images, then, are also about photographing paint and painting photographs. This convergence of the unique and/or the copy is further implicated by notions of her concern with identity. Through obscuring the face of the woman, Sear interrupts the gaze of both sitter and observer. The spectator of the photograph is unable to know the sitter’s identity, in a similar way that she/he can’t know the identity of the person(s) who hand-painted the bird. 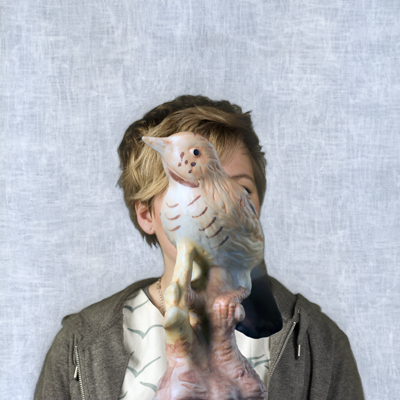 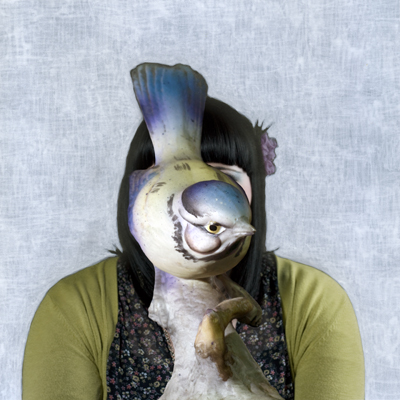 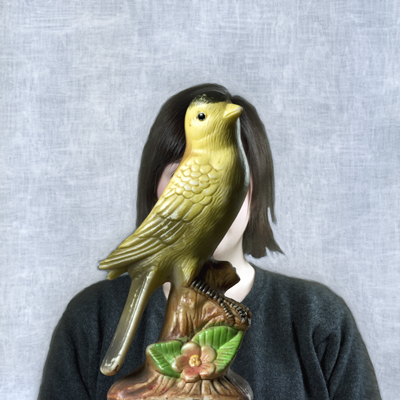 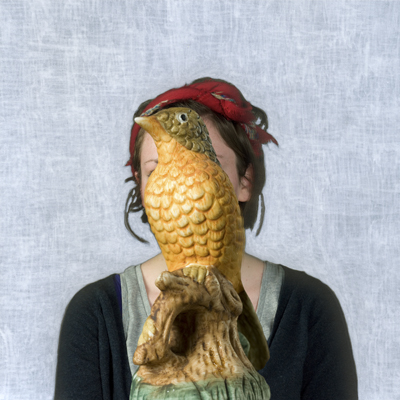 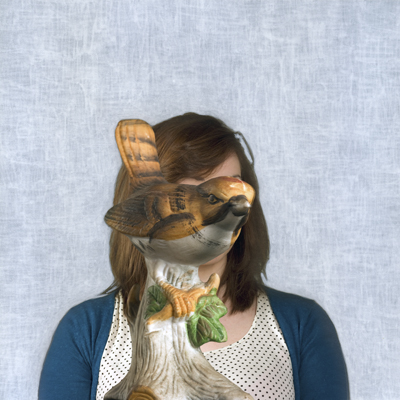 Pastoral Monuments, expands an underlying theme of the real and the re-presentation of it. In this case, Sear references the historical photographs of the botanist and photographer, Mary Dillwyn, whose photographs from the early 1850’s depicted wild flowers arranged in domestic crockery. Sear has sourced more than 80 wild flowers from the same Welsh field and photographed them in jugs and vases from around the world. Through handling the resulting prints and rephotographing them—evidencing this handling—Sear believes that “the flowers and their containers become connected in a material sense, across the surface of the image.” Further, we see in the photographs familiar ideas associated with flowers—youth, beauty and mortality. In some ways, these photographs become monuments to flowers. 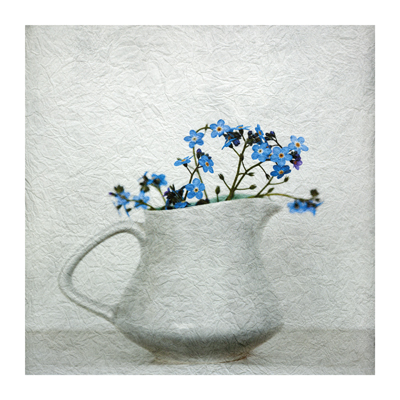 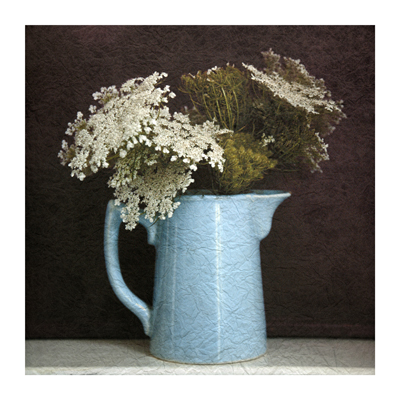 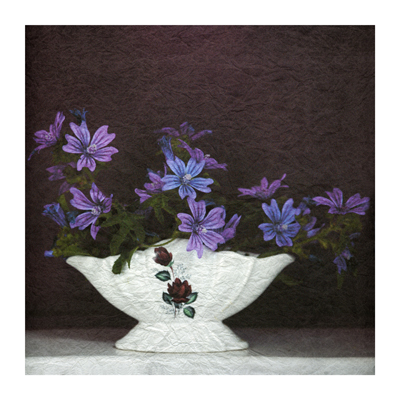