Aspen Mays is creating new spaces in photography by “making sense over the specifics of knowing, mimicking the capacity of Science to call into question above it’s capacity to provide answers.” Much of her work is based on observation, research, documentation, and concept, but the photographs also are delicate and intriguing as objects.

Aspen grew up in Charleston, South Carolina,  holds a BA in Anthropology and Spanish from The University of North Carolina-Chapel Hill, and graduated with an MFA from The School of the Art Institute of Chicago. In 2006, she was awarded a Rotary Ambassadorial Scholarship for study in Cape Town, South Africa. More recently, honors include a Fulbright Fellowship at the University of Chile, Santiago.  She currently lives and works in Los Angeles.

Just days before one of the largest earthquakes ever recorded devastated central Chile in 2010, I arrived in Santiago to begin a Fulbright Fellowship at the University of Chile’s Astronomical Observatory. I used an abandoned darkroom at the Observatory for my studio, and it was against this backdrop of destruction that Sun Ruins was conceived. During my residency, I had access to rejected prints, negatives and ephemera from the lab’s archive, and Sun Ruins brings together two series that I created from this material. Both components call into question the expectation of photography as a documentary and categorical medium and each explore—to different ends—the visualization of knowledge in both studio art and observational practices. 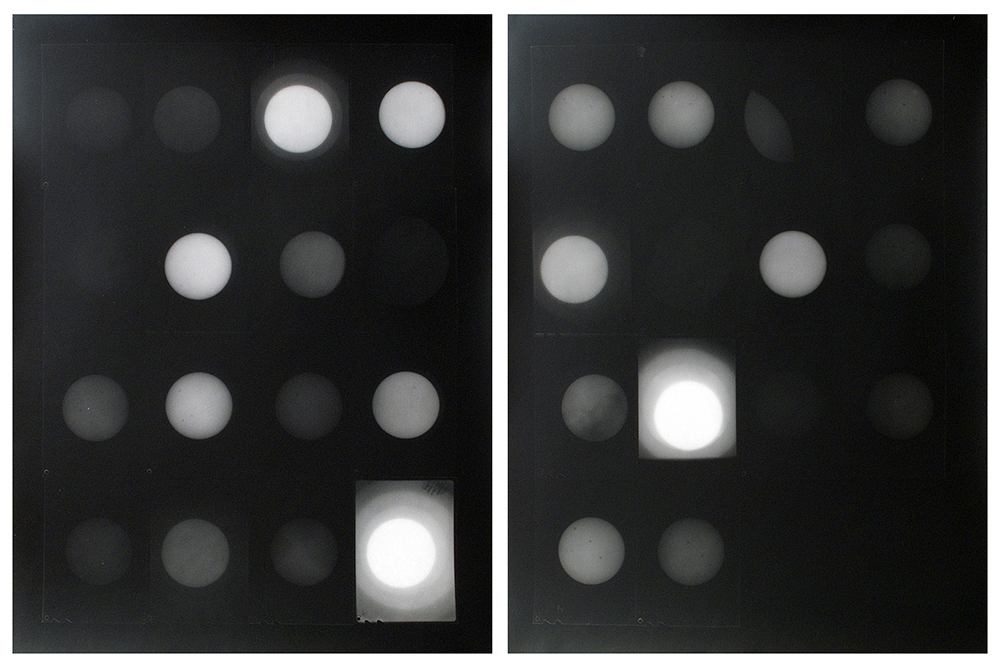 To create the series Punched out stars, I used a hole punch to physically remove each prominently-visible star from twelve found silver gelatin prints of unknown dates (and various dimensions ranging from 15.5” x 11.75” to 4.25” x 6.5”). The photographs are thus rendered non-informational, and the circular hole-punched shapes become the index for the missing celestial objects. The photographs are literally made fragile from this intervention, as new and unforeseen constellations are revealed from folds on the paperʼs surface. Metaphorically, the very notion of classification as a human endeavor is likewise destabilized. In some prints, the night sky is reversed (seen as white), a typical printing method employed by astronomers in order to view individual stars as black and therefore more discretely measurable points. 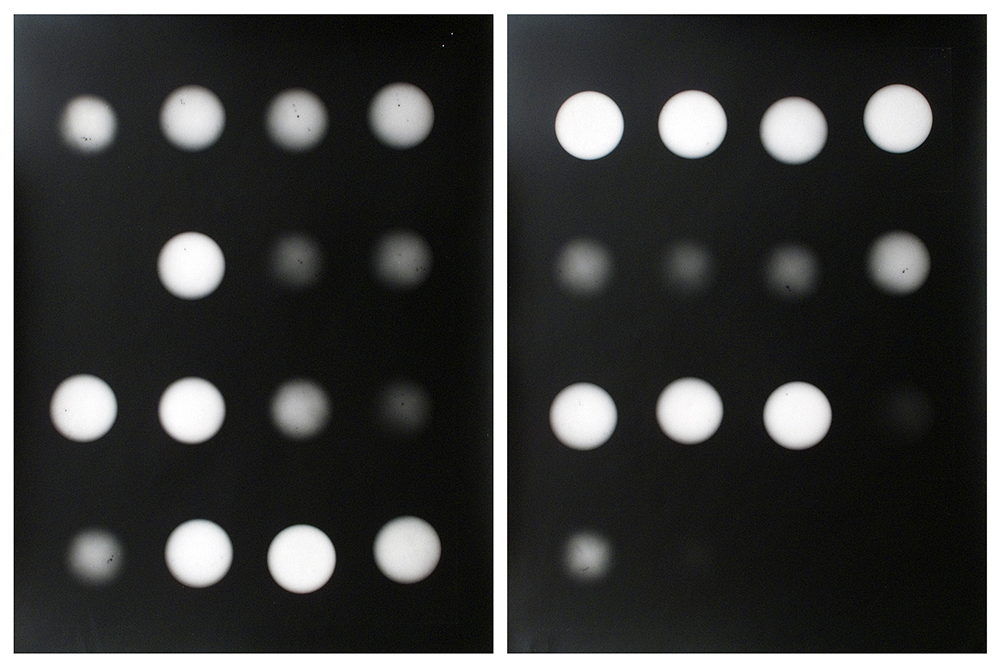 The Sun 1957 is the collective title of 25 silver gelatin prints that depict the Sun from a mid-century international survey of sunspots. Finding the film negatives separated from contextualizing logbooks and labeled only by month and the year 1957, I loosely followed this organizing principle by making contact prints of the negatives in grids. The prints were all made onsite using vintage paper (11.5” x 15.5”) that I found in the darkroom, and the unpredictability of the expired paper resulted in splotches and artifacts on the print surface that call to mind the sunspots themselves. The prints are assembled chronologically by month into a larger grid to formally suggest the shape and structure of a calendar. The internal logic of such a calendar creates an encompassing yet mysterious picture of the Sun for that year. Some months are represented by numerous negatives (and therefore prints) while other months are recorded by far fewer images. There is no record of November. 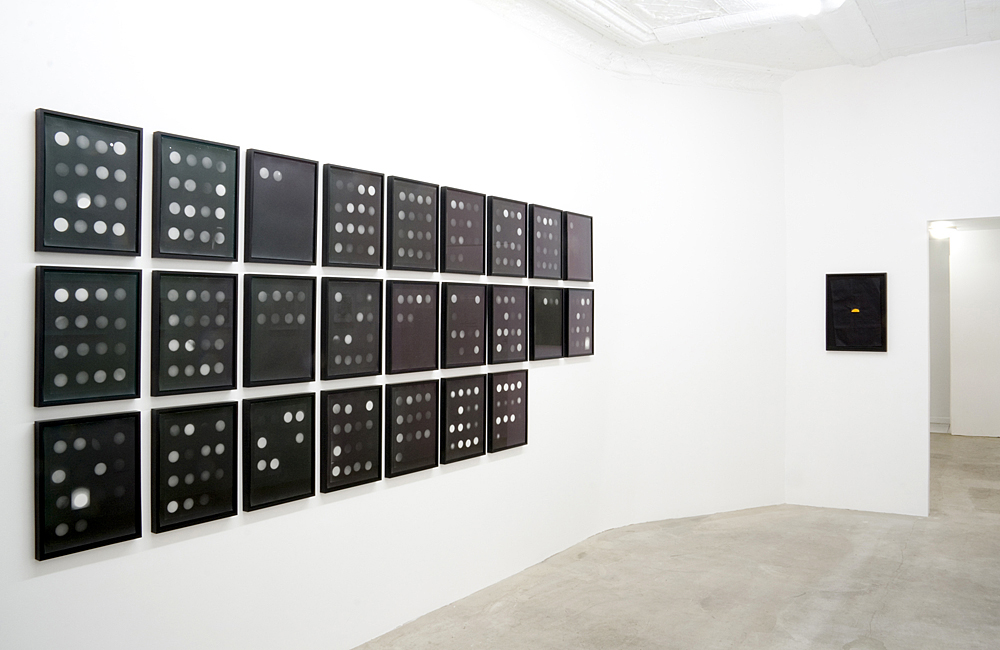 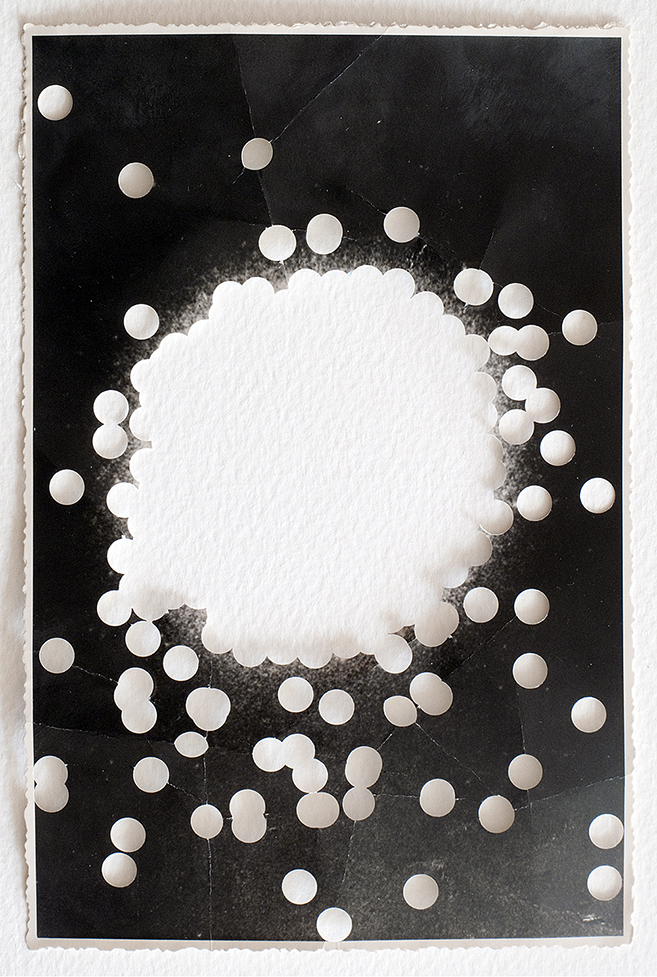 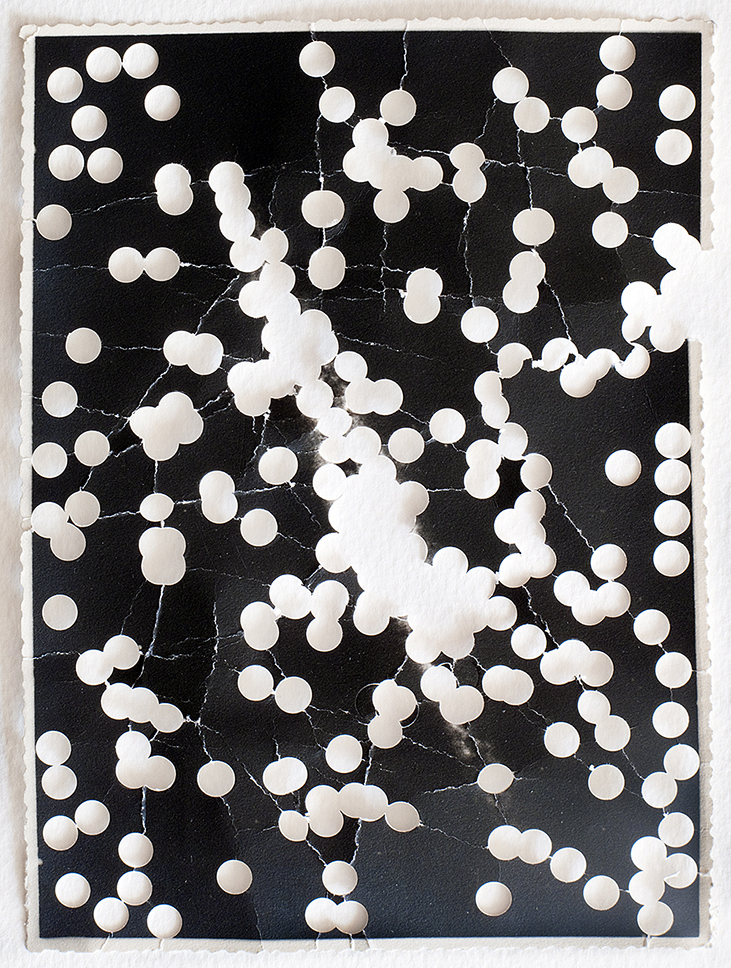 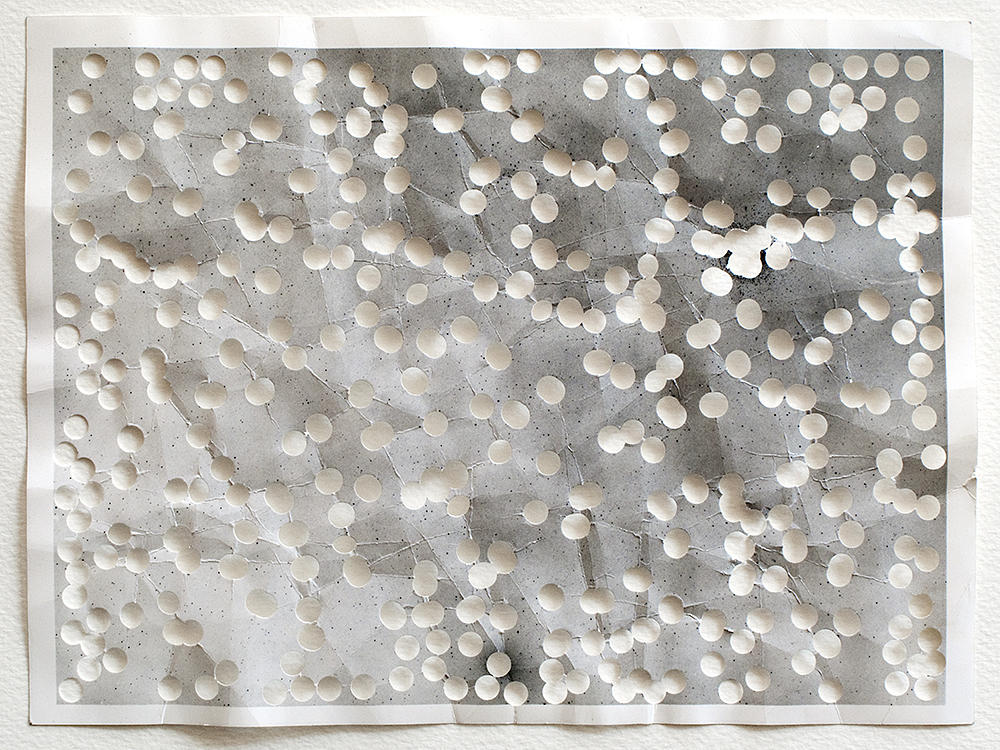 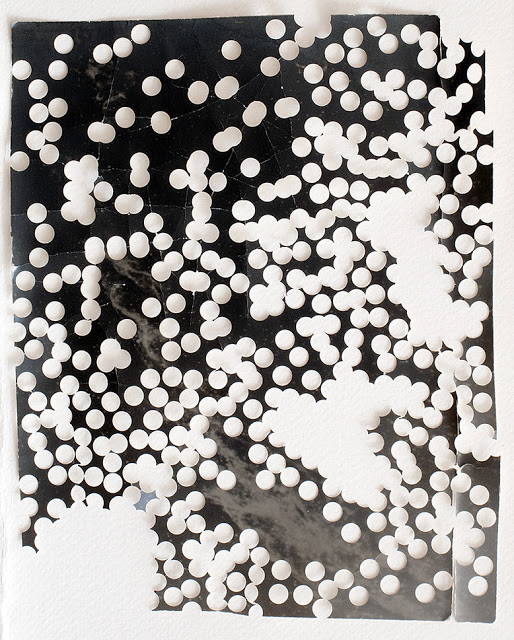 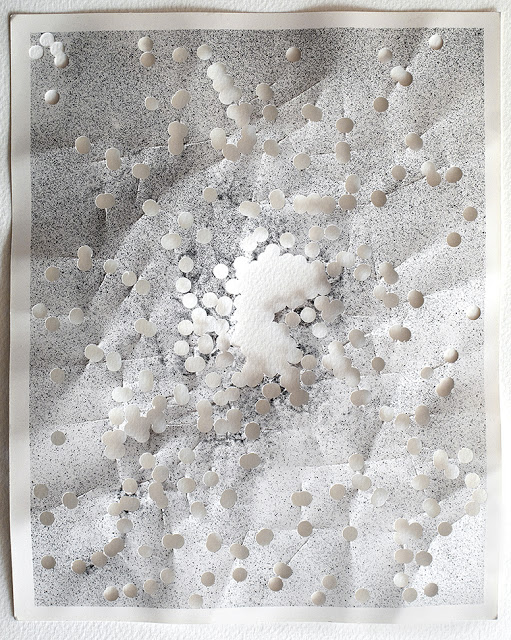 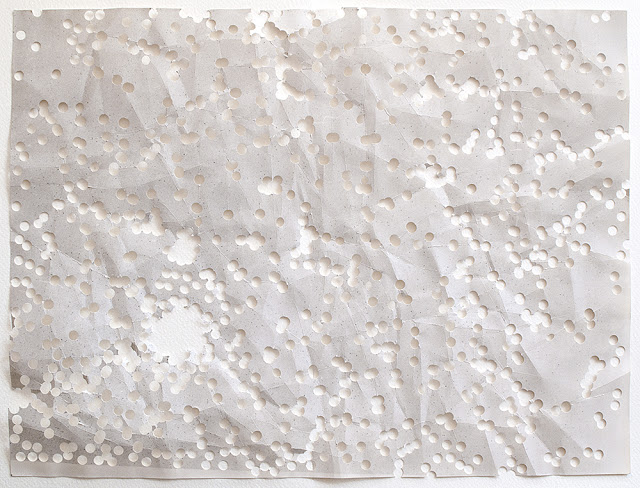 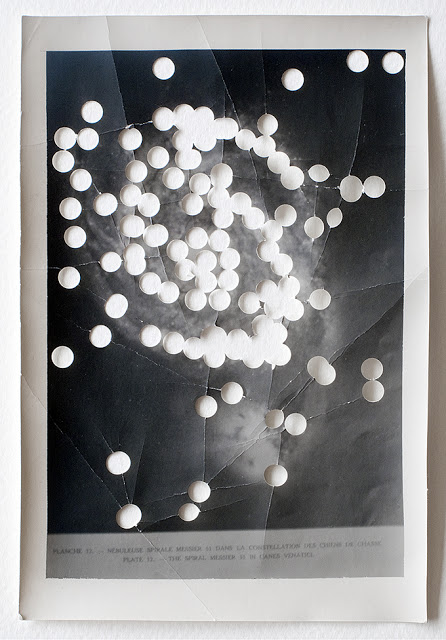 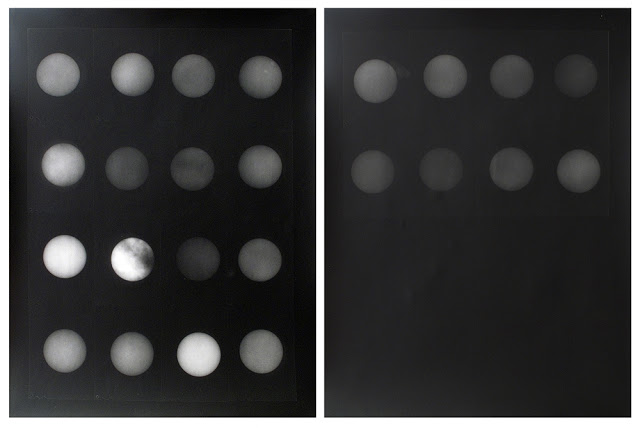