I am very excited to feature the first photographer of this Latin American series on Lenscratch. I selected two of Paccarik’s series that show how these cities in different countries try to overcome hardship to survive: There is nothing beautiful around here, photographed in Richmond, California and El Maqui, made in Cerro de Pasco, Peru.

I first saw Paccarik Orue‘s work at Carte Blanche in San Francisco. I was struck by Paccarik’s sensibility to capture things around him. He was born and raised in Lima, Peru and currently resides in San Francisco. As a photographer, he is interested in creating work that stirs emotion about his subjects and that leave the viewer with more questions than answers. He earned his BFA in photography from the Academy of Art University in 2011.

Paccarik’s work has been featured in Visura Magazine and Conscientious among others. He has exhibited at SF Camerawork and Book & Job Gallery. His book, There is nothing beautiful around here, is being published this month by Owl & Tiger and has been selected by Darius Himes and Larissa Leclair to be a part of the traveling Indie Photobook Library’s exhibition.

Image from There is nothing beautiful around here 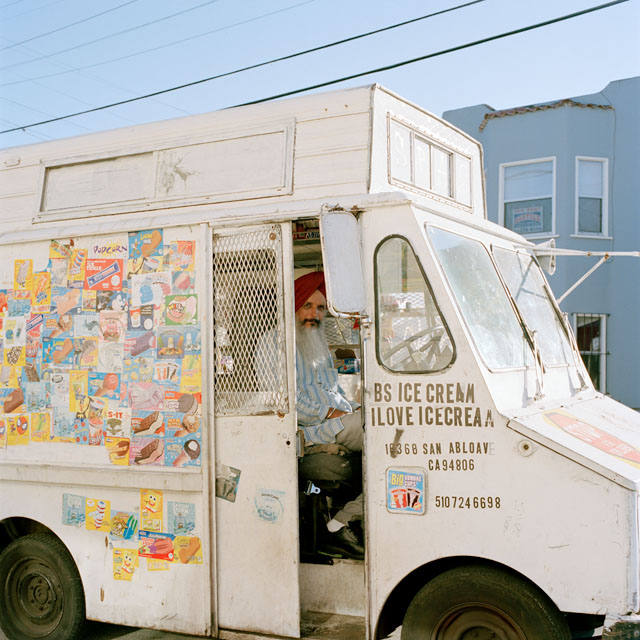 I was born and raised in Lima, Peru during a terrorist crisis. I have witnessed crime, poverty and the struggles of my family trying to make ends meet. As a Latin American artist living in the United States, it is important for me to create work that is true to my own values and heritage. For that reason, I find myself photographing in places that are struggling, such as Richmond, California and Cerro de Pasco, Peru. My heritage plays a big role in creating my art because I myself have struggled as an immigrant in the U.S. Thus, I seek to capture the unexpected beauty within the struggle of these communities. The fact that I have lived half of my life in Peru and the other half in the United States, makes me an outsider in both places; too Peruvian in California and too Americanized for Peru, and I like what that brings to my artistic practice.
Do you see a difference between work created in Latin America and work created in the States?
The Latin American region produces strong photographic work that is similar in caliber to work produced in the U.S., most specifically in the journalism arena. In the realm of fine art, the works of Alejandro Chaskielberg, Alejandro Lipszyc, Hans Stoll and Macarena Rojas, to name a few, stand out. In my opinion, the main difference is that much less work is produced in Latin America than in the U.S., probably as a result of lack of resources.
What is the state of photography in your country–is it well supported, are galleries selling, do photographers have a way to get exposure or have ways to promote their work?
These are very exciting times for photography in Peru. The economic growth of the past years is reflected in the opening of new art schools, galleries, museums, art-book stores and photography events. One of my favorite events is the annual fair, “Lima Foto,” hosted by the art school Centro De La Imagen. “Lima Foto” hosts local and Latin American galleries and it is a great place to see contemporary photography from the region. Another exciting event that takes place in Peru is the “Bienal De Fotografia De Lima,” which runs for a whole week and features a photobook fair, artists’ talks, contests and displays local work as well as international work. Perhaps the most important initiative is the opening of FOLI, a non-profit photography museum that aims to promote and preserve contemporary photography in South America. FOLI also takes the initiative of bringing photography exhibitions to the people of Lima by transforming shipping cargo containers into mobile galleries and setting them up in different parks and plazas throughout the city.
Images from There is nothing beautiful around here 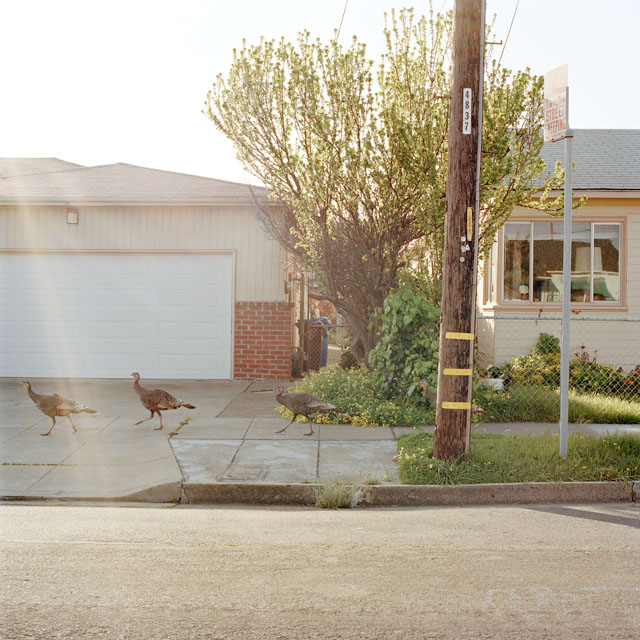 Richmond, California is a place where many families are struggling with rising unemployment, foreclosure, poverty, and the ensuing violence and substance abuse. This situation has accentuated Richmond’s reputation for being one of the roughest parts of the Bay Area. 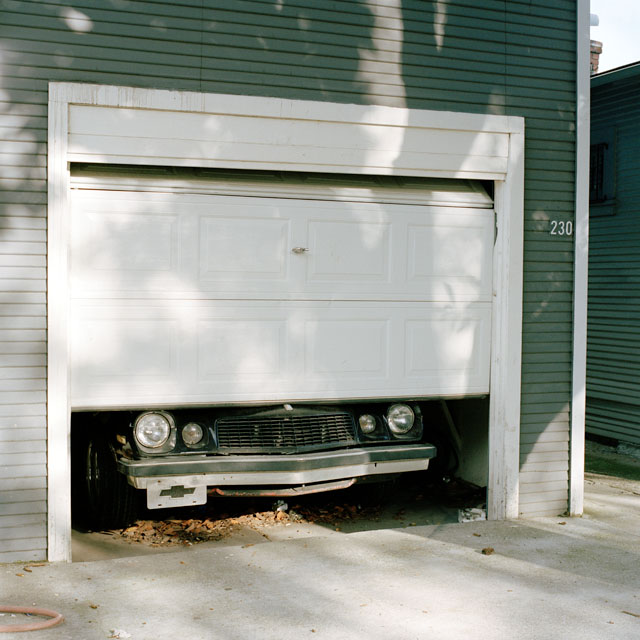 However, Richmond is also a place where turkeys walk past on the sidewalks, dogs guard their owner’s properties, people ride horses in the park, and fire hydrants cool the hot afternoons. During one of my visits, a middle-aged African American woman asked me why I was taking pictures in her neighborhood. I answered that it was beautiful. She responded, “there is nothing beautiful around here.” Beauty and sorrow live side by side in Richmond. This body of work documents this contradiction, the character of the city and the pride of its residents. 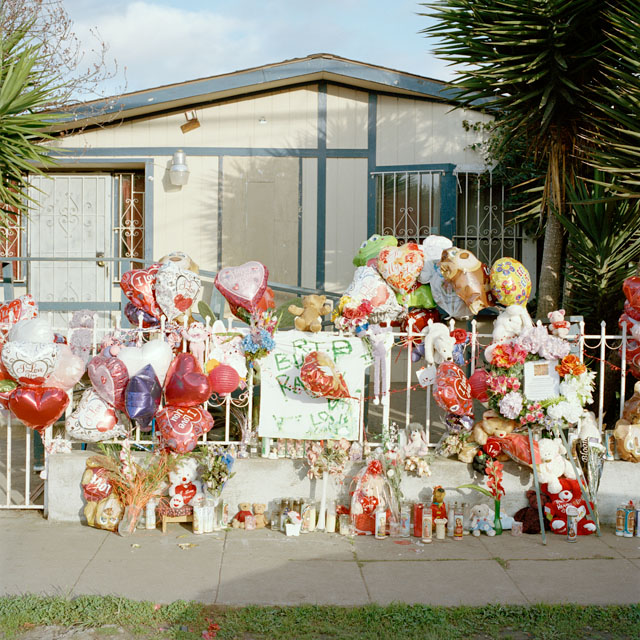 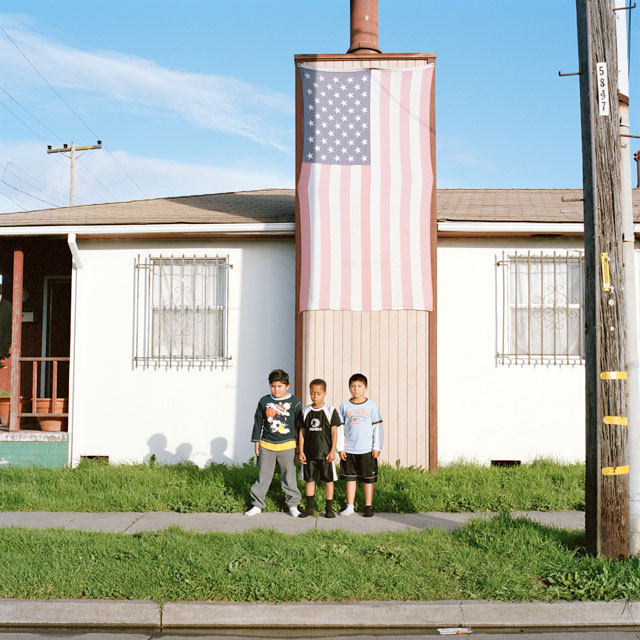 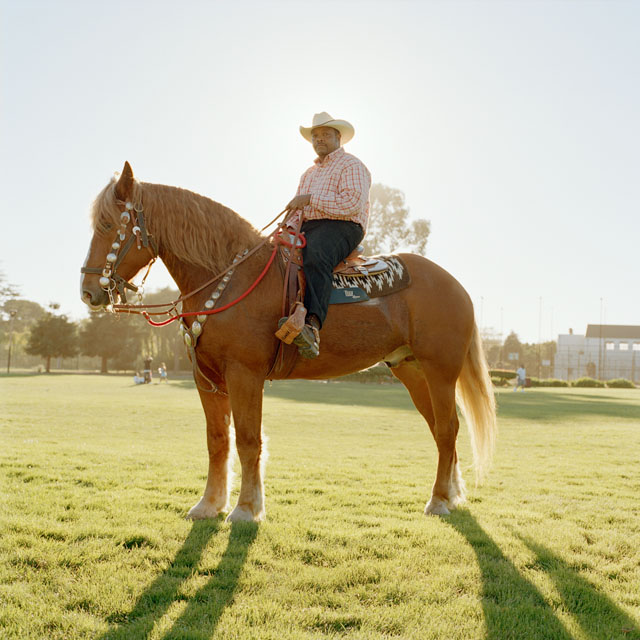 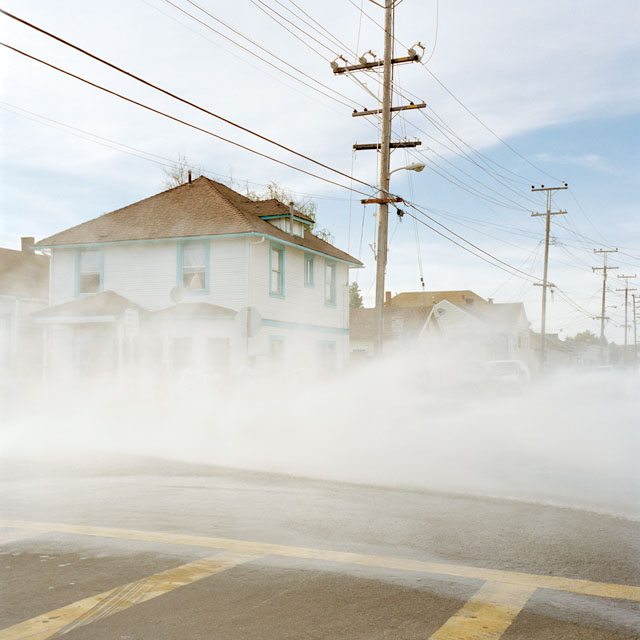 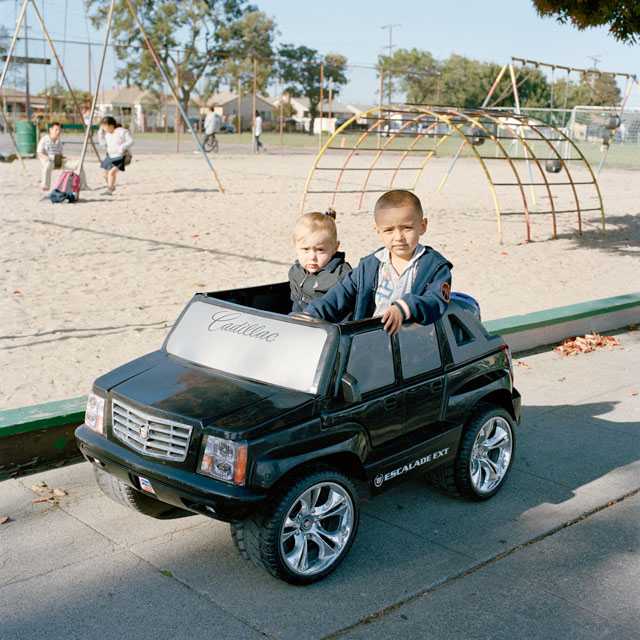 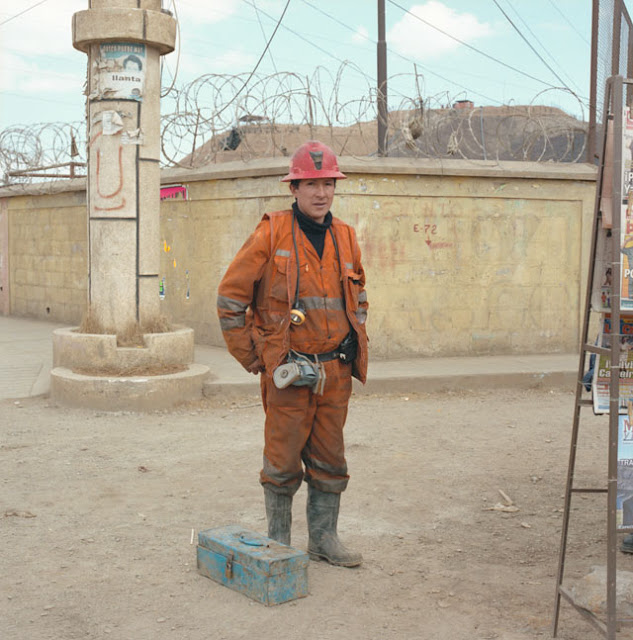 El Muqui is a mysterious goblin known as the owner of the Andean mines. He is a powerful tiny figure who is attentive to the miner’s ambitions and frustrations. And although he may show sympathy to some miners, he also punishes the wrongdoers. El Muqui, possesses a strong moral code and makes pacts with the people who exploit his territories. He collects what is owed to him punctually and inexorably. 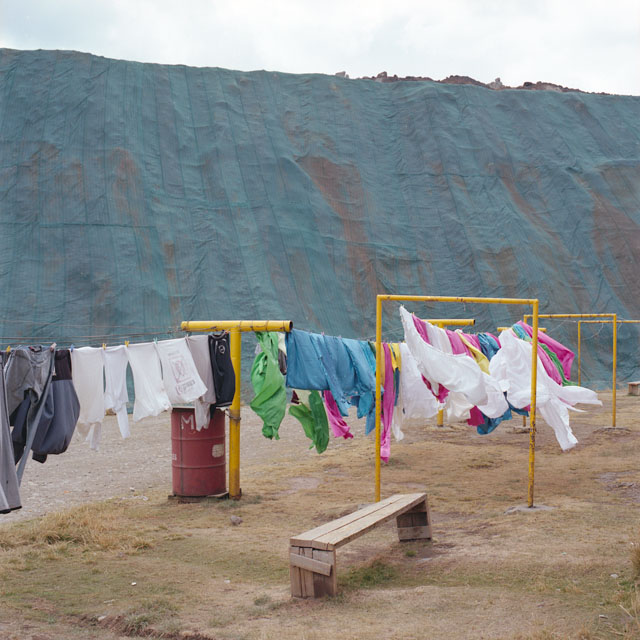 Cerro de Pasco is the highest mining city in the world and it is also one of the most polluted. The city is one of the biggest sources of income for the Peruvian government, but ironically, it has also been forgotten by its officials. 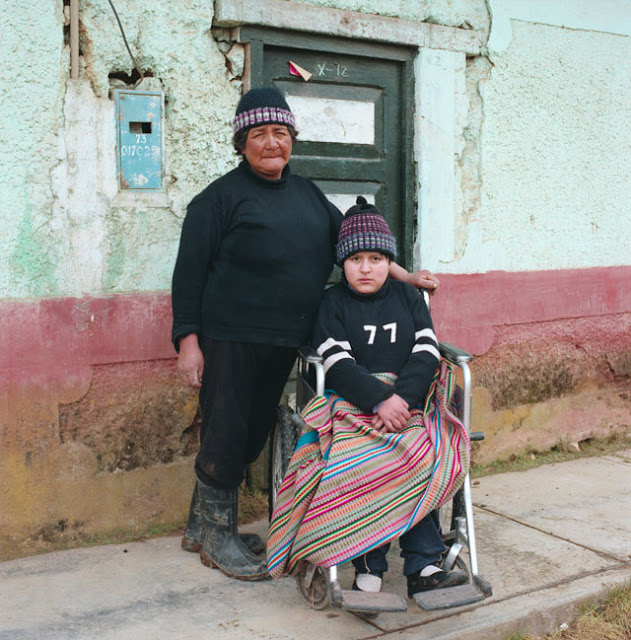 The open-pit mine is located in the middle of the city and keeps growing in diameter every year. In its expansion, the mine has devoured entire historical neighborhoods, erasing them from the map.The amount of mineral deposits is too large for the government to stop extracting them, and the operations are increasingly intensifying. This mine is not only erasing Cerro de Pasco’s history, but it is also erasing the city’s future. 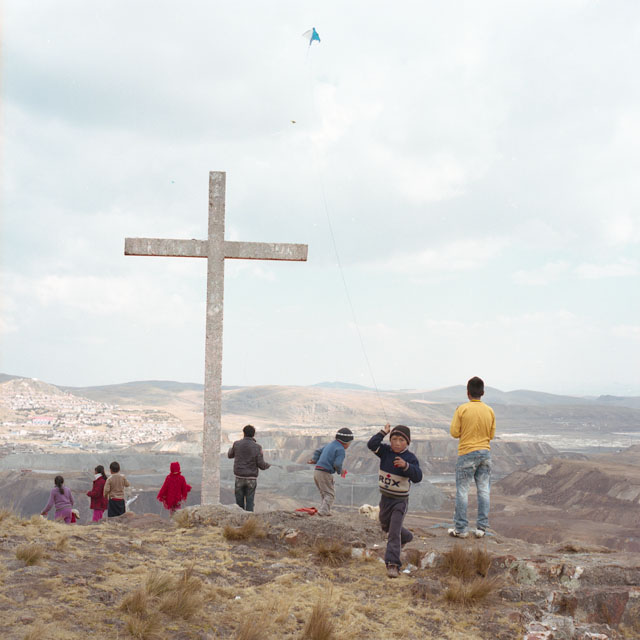 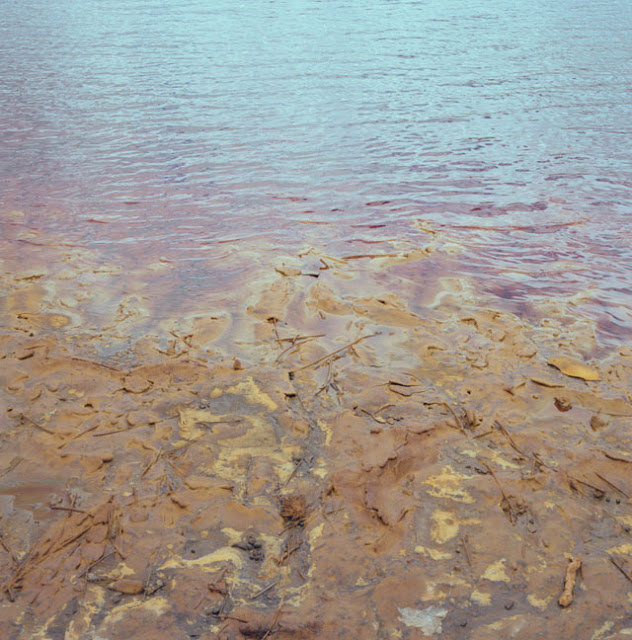 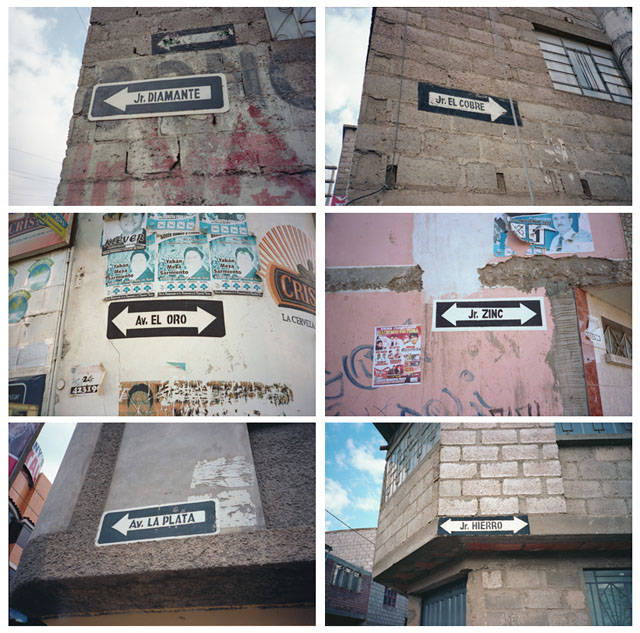 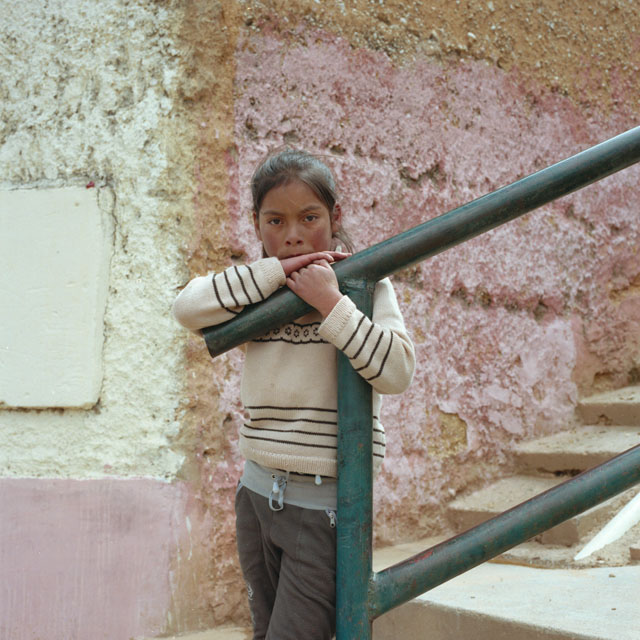