I found Erika’s work when I was doing some research on Colombian photographers. I was incredibly moved by her portraits of people who had lost family members to the violent wars in her country. Having grown up during a military coup, where thousands of people were kidnapped and killed, these series really struck a cord with me. I am showcasing two series of hers that go hand in hand, Sudarios and Río Abajo.

Erika was born in Cali, Colombia. She has a Masters in Social Anthropology, and BA in Visual Arts and Communications. Her work explores memory, pain, absence and death and it has been exhibited around Latin America, such as at the Museum of Modern Art in Bogotá, Centro Cultural Recoleta in Buenos Aires and Museum of Contemporary Art in Santiago, Chile, among others. Her more recent series, Sudarios, was part of the Fotofest Biennal 2012, and it is on display at the Trinity Epicospal Church in Houston. Erika has also been interviewed by several publications, El Tiempo, Revista Ñ, El Colombiano, and El Espectador to name a few. 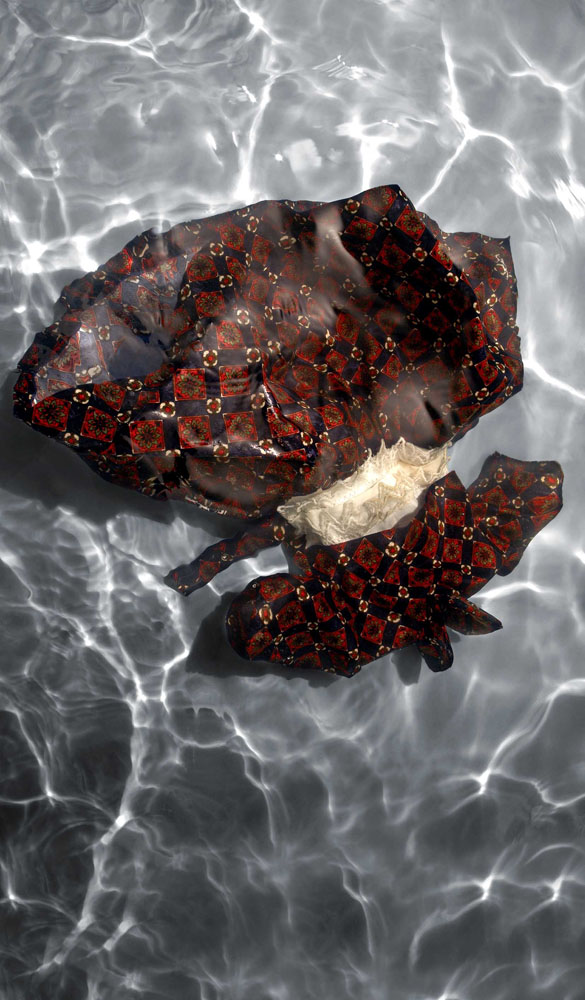 Our cultural context defines us, it gives us a foundation for our conceptual criteria and stetics. It makes us react to a certain symbolic world that, as years go by, each of us molds based on our experiences.

The Latin American universe is created by catholic religion, the indigineous and African cosmogonies and the problems and strengths of the contemporary history of each nation. That is why us, Latin people, express ourselves with more passion and feelings, I think we let people see our internal universe more easily. We are not afraid of emotions, on the contrary, it is through them that we relate to others. Without trying to generalize or stereotype, of course, we characterize by a more dramatic sensitivity, full of visual richness and excesses, both in our existence and also in our representation.

The way I build images, both behind the camera and in my universe without a camera, what happens within the frame to what the audience eventually sees when images are exhibited, is the result of all my vital experience, and that is definitely built within my latin culture, my Colombian nationality, my socio cultural context and many other characteristics that make up who I am. That is clearly manifested in my work.

I think that work created in the United States has a much more technical and academic background. Photography as a college degree in the United States has a longer tradition than in our countries. When I started college 14 years ago, the possibility of getting a career in photography did not exist. Nowadays, more people have access to professional cameras and the internet takes us to an endless number of exhibitions and shows around the world, so, in a way, it makes visual models and techniques more homogeneous and differences are not as big.

Where I think there is a more obvious difference is in some of the subjects. United States, as a nation with a high number of immigrants from various countries, produces many projects about identity, questions about borders, immigration and its policies, among others. As an artist, what makes this work interesting is that despite these subjects being so specific, they have something that can connect to different audiences. This is the challenge, this is what made masters great, that they made a very specific subject become Universal.

What is the state of photography in your country–is it well supported, are galleries selling, do photographers have an outlet to show their work?

I think that in Colombia, photography has an important place. There are more spaces to exhibit and people are more open to see and buy photography. It is a relatively new market, that will need time to establish itself, but it is clear that we are at a point where it is growing and developing rapidly. There are exhibitions being held all the time, emerging artists, more schools, critics and everything that the medium encompasses. They are very interesting times, in my opinion. 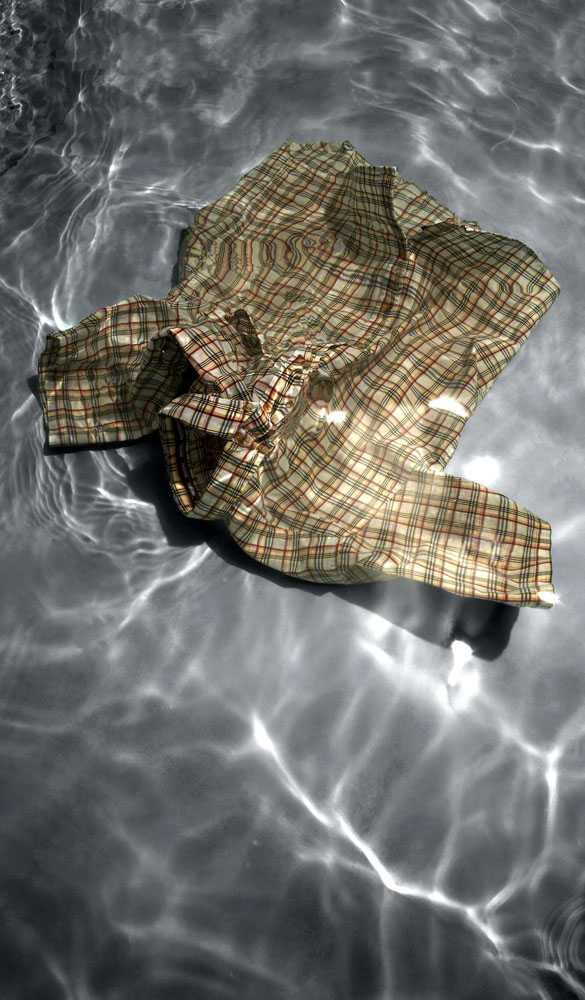 Río Abajo is a series where I focus on the clothes which the families of the disappeared guard as a relic of their loved ones, I make a representation of one of the most common forms of committing this atrocious crime and that is stripping the bodies which are thrown into the rivers. 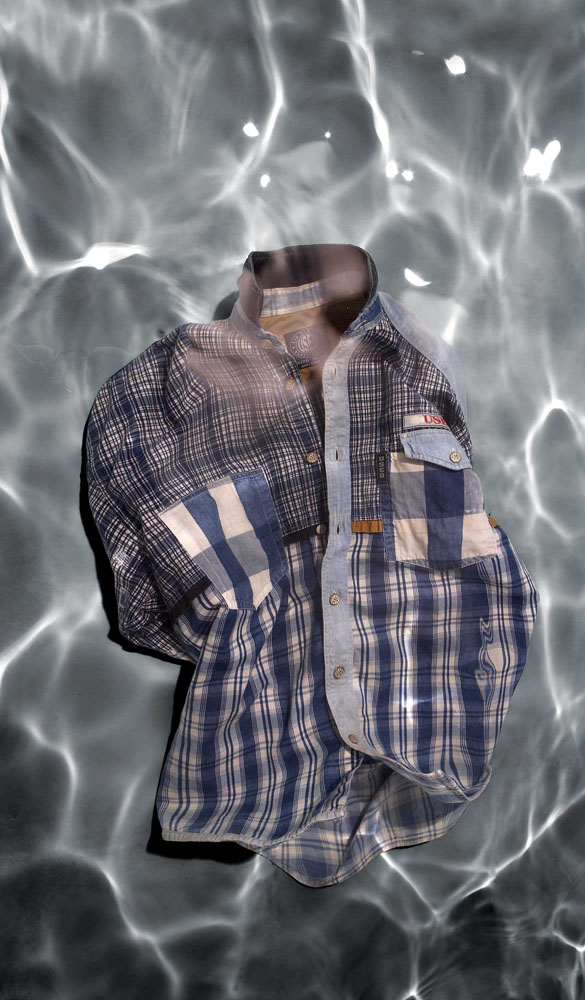 Also, in many cases, after the endless tortures to which they are subjected while still alive, these victims are quartered and disfigured post mortem in such a way that even if their corpses appear it is practically impossible to identify them. 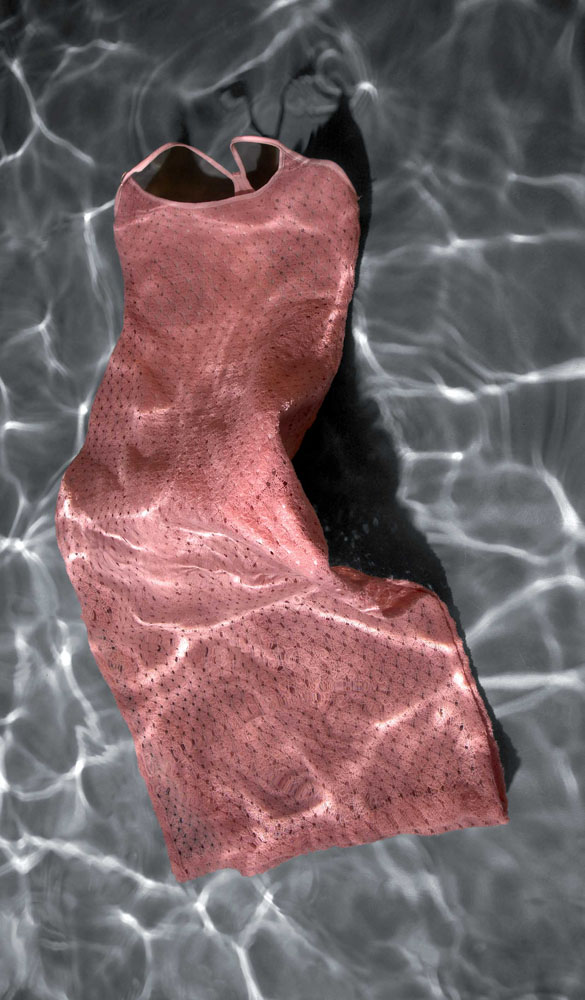 We thus turn ourselves into a country full of unburied corpses and an infinite number of mourners afflicted by the horror of not being able to bury their dead. 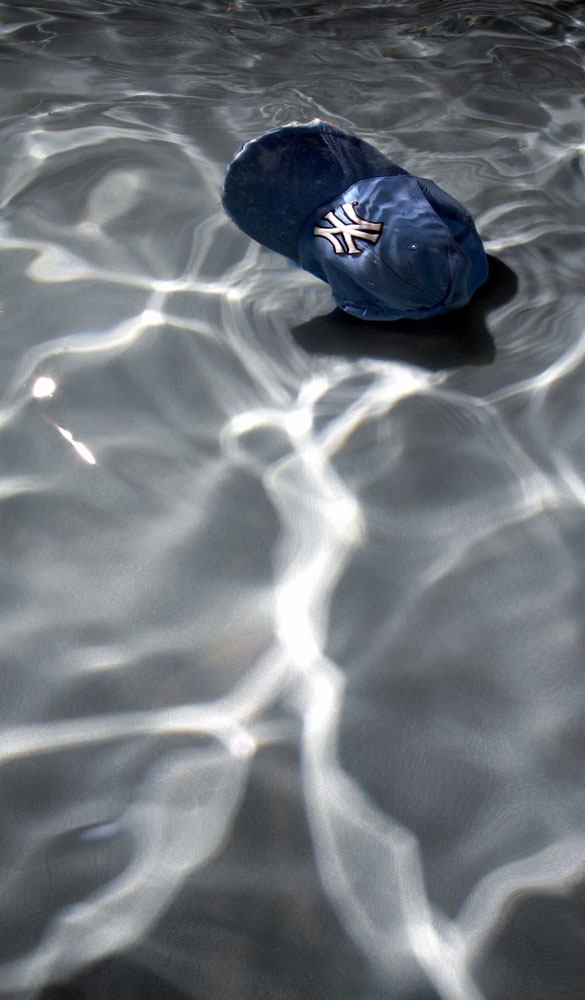 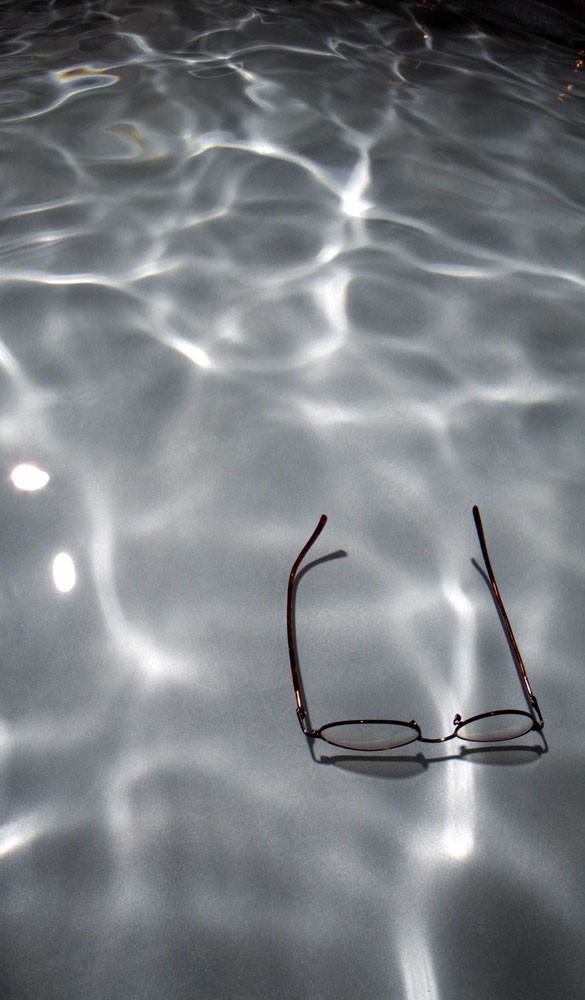 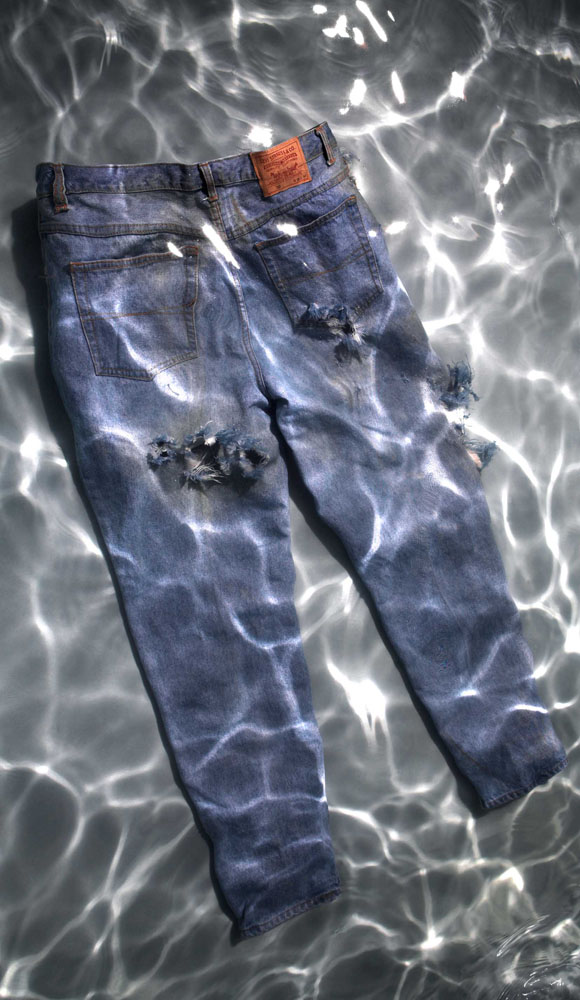 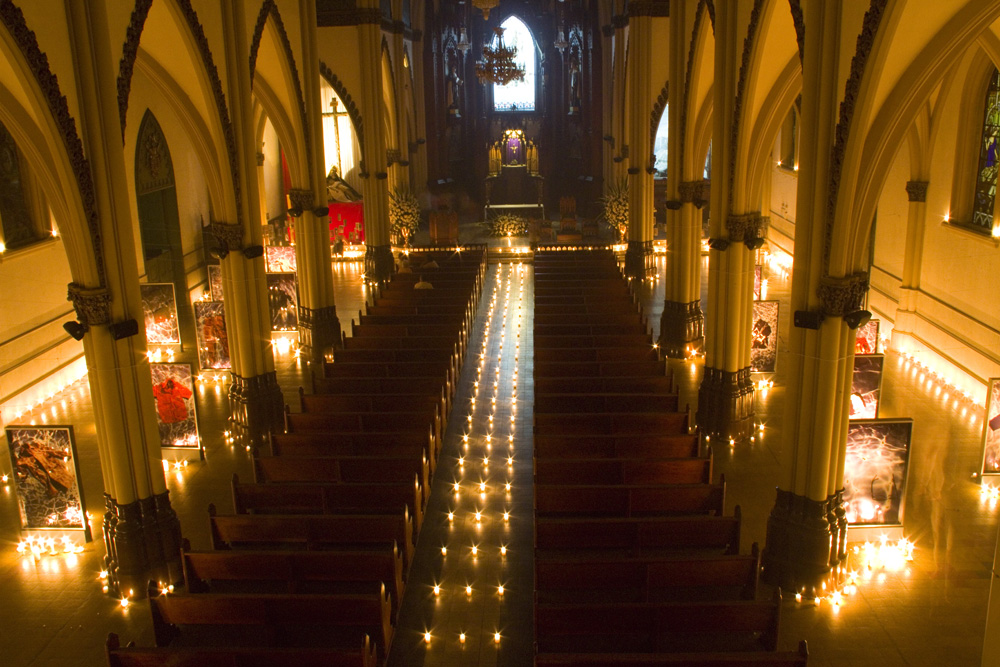 Sudarios (Shrouds) is the result of multiple theoretical concerns, an infinity of technical quests and an observation of the world from a certain context. The intention of the this series is to enable the spectator to enter into and walk through these impenetrable and apparently alien worlds, when he observes that moment in which these women close their eyes because they find no other way to communicate the true dimension of the horror which they witnessed and the intensity of the sorrow they were subjected to. 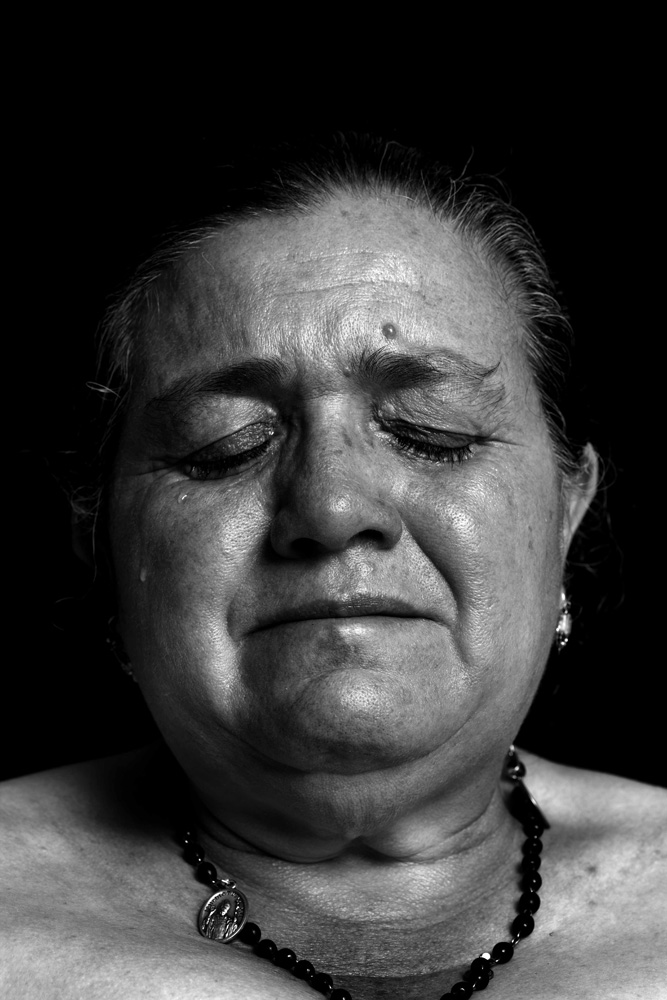 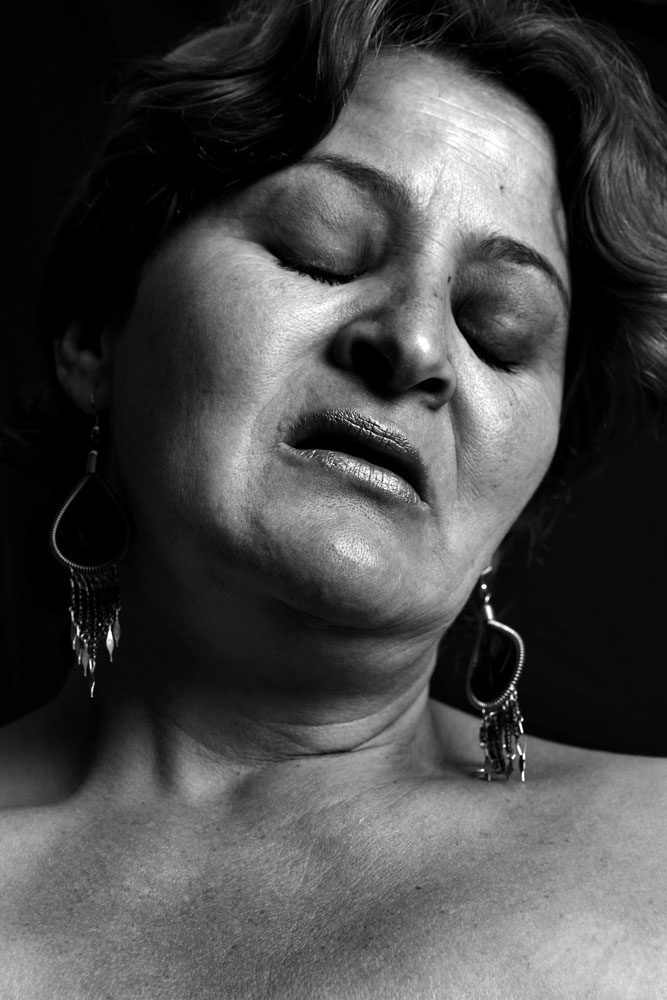 This work tells the stories of twenty women – victims, grief-stricken human beings who, as part of their torture, were forced to SEE the violence perpetrated against their loved ones and were left alive so that they would be witnesses to such horrors. The stories are diverse but I am convinced that this series speaks of something which is timeless, universal and infinite.
These are portraits of the victims who bare themselves before our eyes, showing the evil which some people are capable of and that wish to transcend that earthly realm in the hope of something better. These women want to relay the moment in which they were condemned to remember, given that the possibility of forgetting even the smallest detail does not exist. And I want to record that moment in order to construct this work, because I have the firm conviction that art not only provides an essential space for the building of a country’s memory but also furnishes a means to ease the suffering of people. 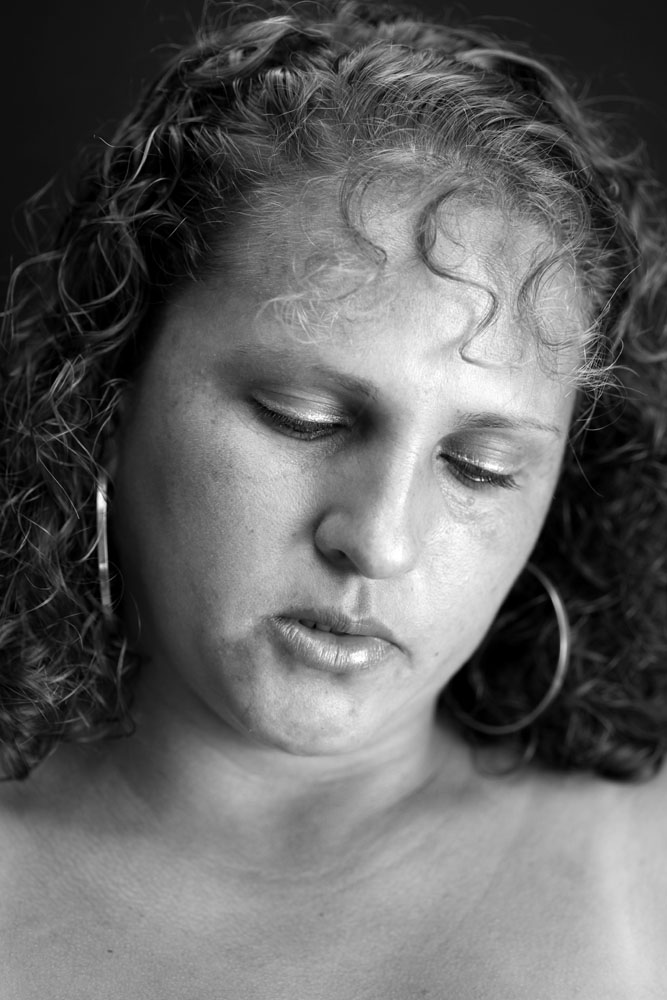 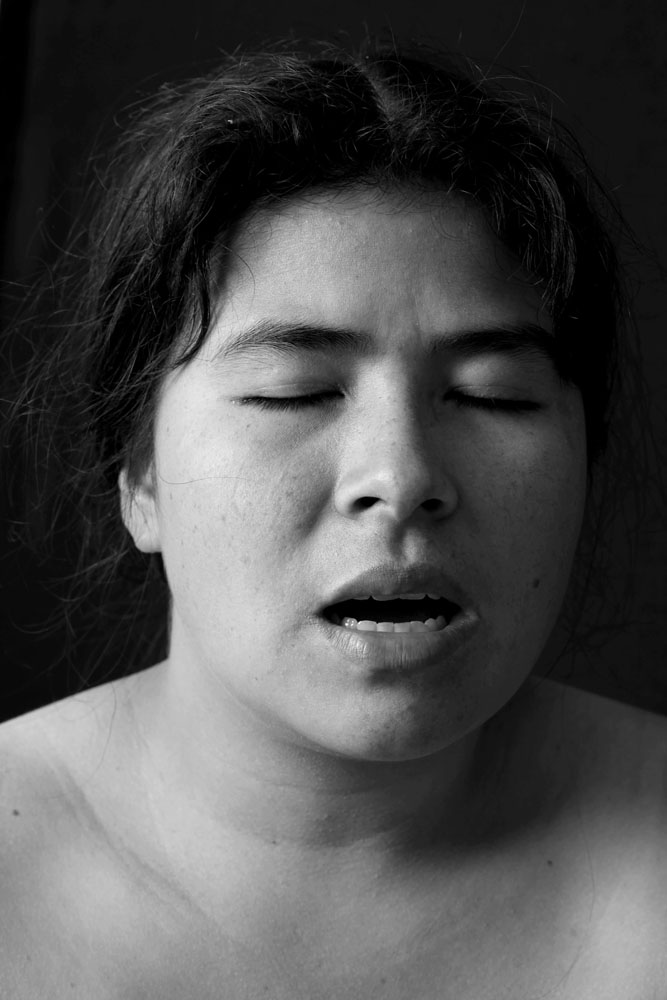 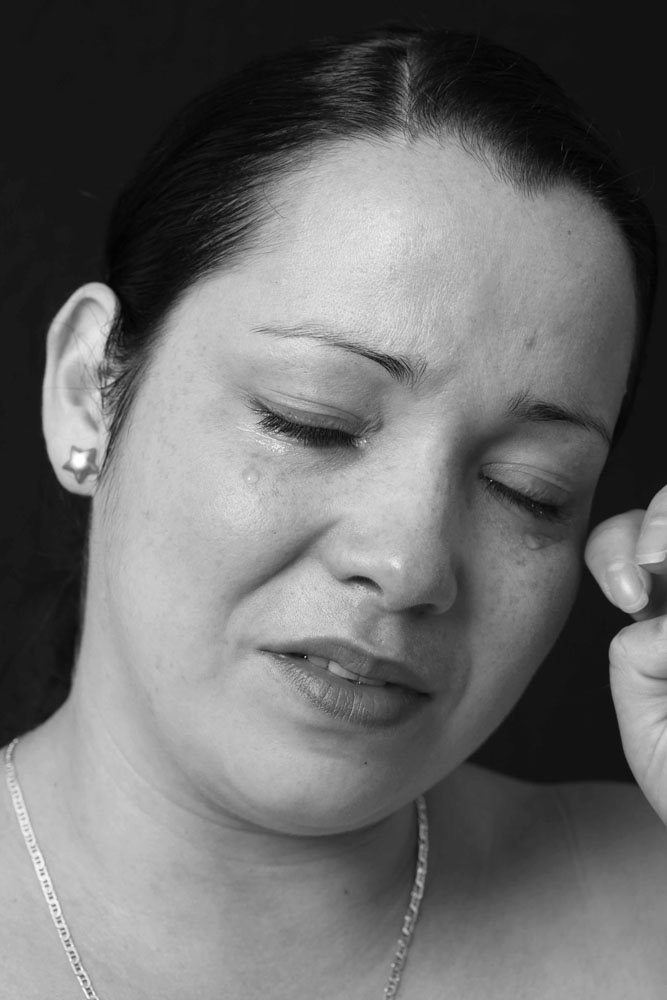 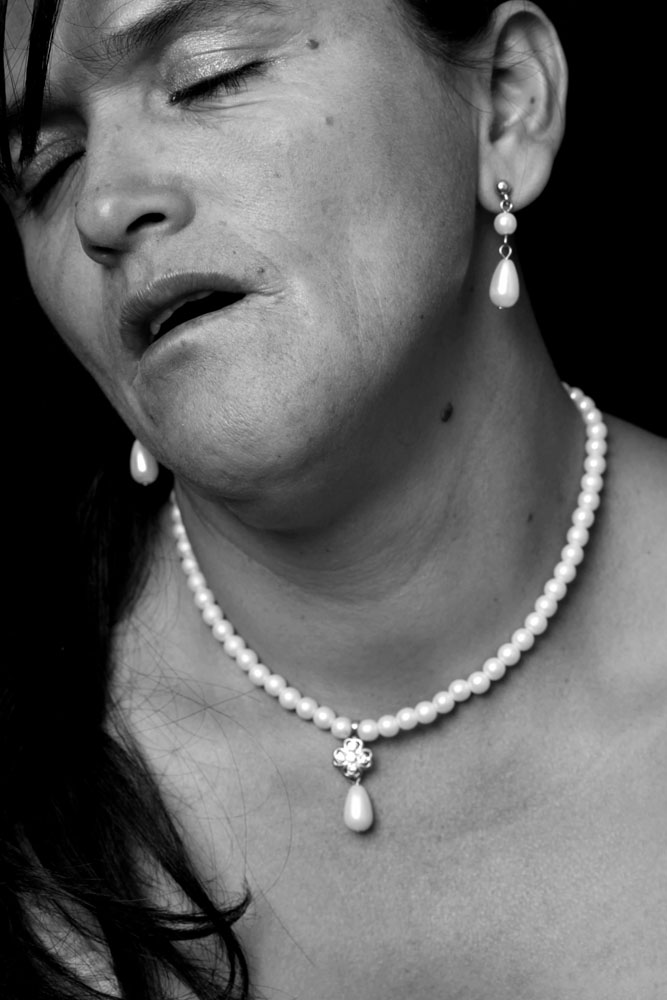 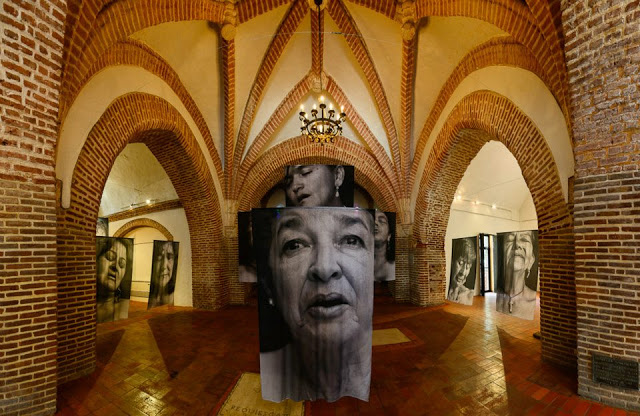 I always intended to print these portraits on silk because I wanted to transmit, as they themselves told me more than once, that they are beings who no longer belong to the world, that violence had left them dead in life. That is why my intention was always to attain light, diaphanous, phantasmal images that would capture that sensation and that profound wish for transcendence. The same reason explains the overwhelming sense I have that these images should be kept in sacred places and spaces of reflection, where, regardless of our religion, the journey of the work through the space would help us to be not only spectators but turn us, in one way or another, into pilgrims who will enter into communion with these images on the basis of our beliefs, so that, as Susan Sontag says, we may be able to keep this reality in mind from now onwards.

I invite you to look at the Sudarios by keeping in mind that the history of a country cannot be written in silence and its memory should not be constructed in the dark. For that reason, I believe that to tell, record, display and try to understand our history from all possible points of view is not only a need but an obligation. 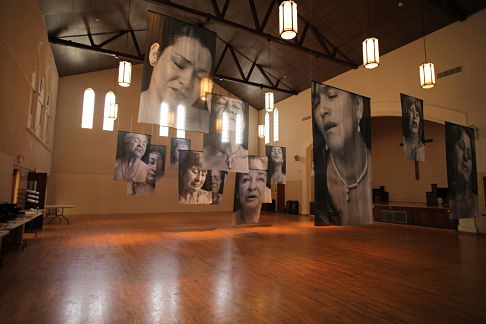 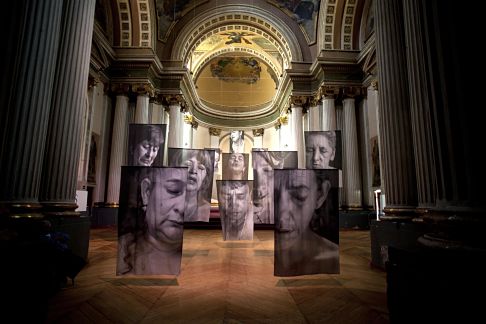