Featuring photographers seen at the Medium Festival in San Diego….
I admit that I am already a fan and friend of Los Angeles photographer, Marjorie Salvaterra, but I have no hesitancy in sharing the new body of work (still in progress) she brought to the Medium Festival. Marjorie is a diminutive and determined photographer, creating large scale and compelling visual gestures that don’t reflect her stature. Her new project, HER, is influenced by Italian cinema, with a European sensibility and an out- of-the-box approach to image making that reflects the world of women–the land mines of life, motherhood, friendships, relationships that we all navigate through on a daily basis.

Marjorie has exhibited widely including the Rencontres d’Arles, Arles, France,  Clark-Oshin Gallery, Los Angeles,  Robert Berman Gallery, Los Angeles, Rayko Photo Center, San Francisco, and The Center for Fine Art Photography in Fort Collins, Colorado. Her work was included in the George Eastman House Museum auction at Sotheby’s, New York and she was runner-up for the 2009 and 2010 Berenice Abbott Prize for Emerging Photographers and a current finalist for Critical Mass 2012.

HER
I am a decent woman.
A pretty good wife — with a great therapist, otherwise I would’ve screwed this one up way too many times.
A mother – I think this one I do best except between the hours of 6:15 and 7:30pm and certain whole days at a time.
A daughter – I was a pretty terrible daughter growing up. I’m starting to get the hang of it now that I’m a parent.
A good sister.
And lastly a friend. To some, the best and to others, impossibly guarded. 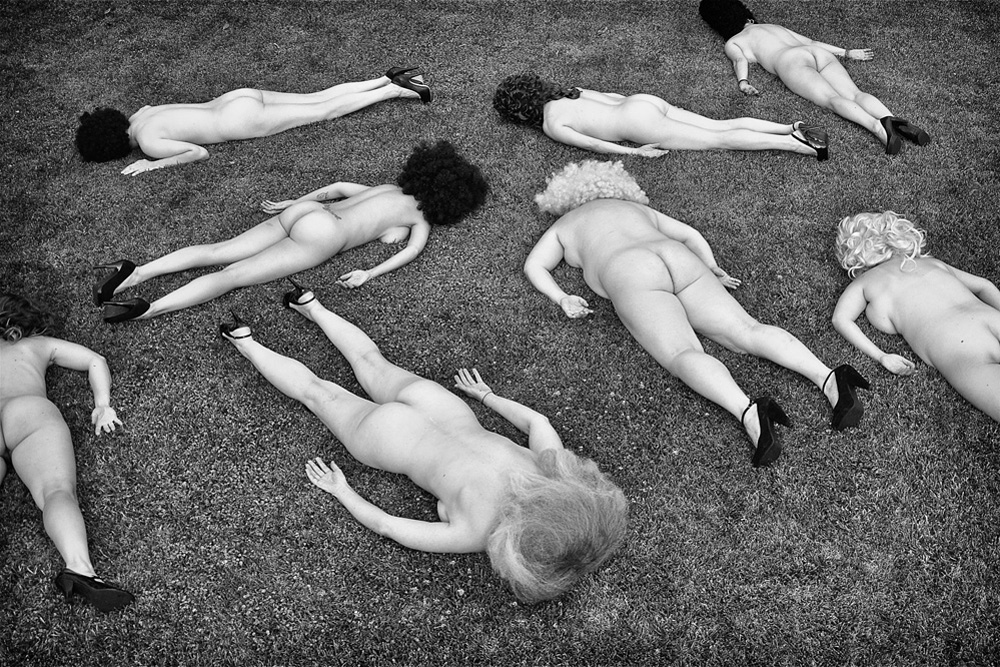 I’m forty three years-old and I’m trying to grow as a person but so is my skin. I’m not that interested in holding onto my youth. My life is far greater now. But letting go isn’t as easy as it sounds. Some days I don’t recognize this person who looks back at me in the mirror. She is older, has responsibilities. She has had to learn that sometimes God has a bigger plan for her life than she does. Not everything goes the way she wants it to go. Things happen. Money comes and goes. So do jobs. As well as friends. 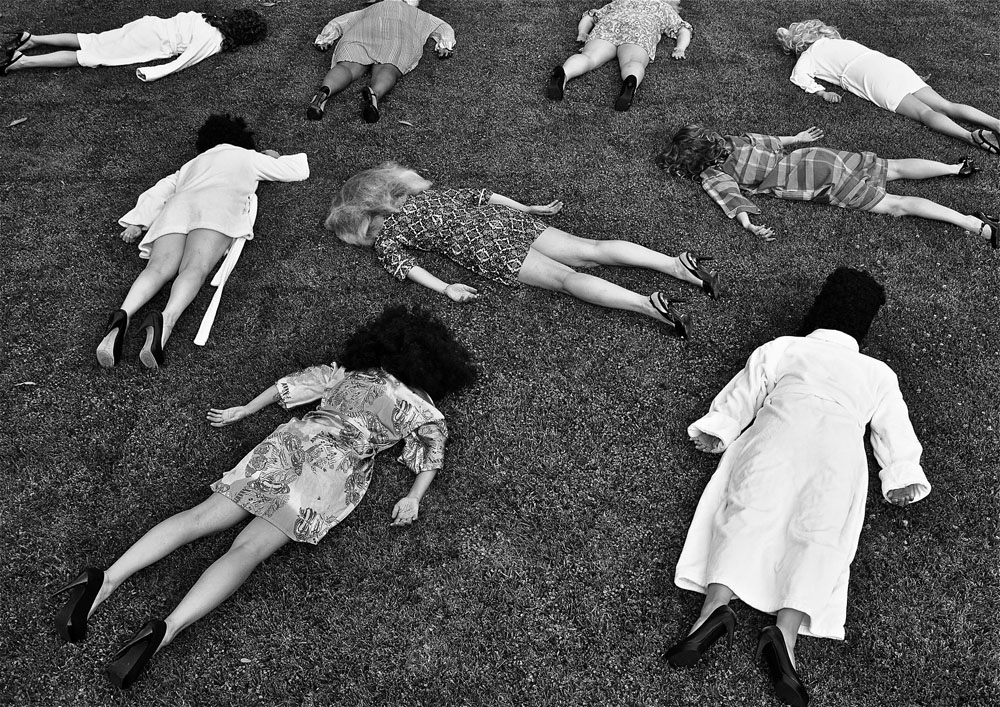 People sometimes get sick and her kids will inevitably get lice and share it with her, which is still preferable to pin worms that their friends get. She will cry over losses and and weep when she sees her child standing in a line of other children. Not because everything is wrong. But because everything is right. On the outside, she strives for peace but inside there is a turbulence of holding on too tightly to all these things that have finally brought that peace and true joy. 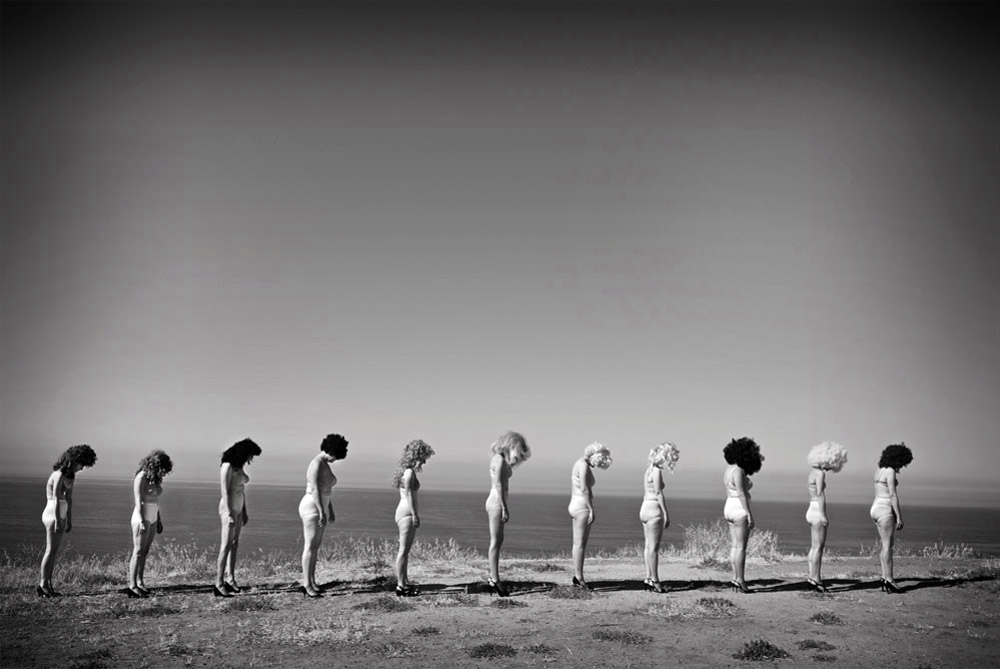 With HER, she turns away from the mirror and turns the camera on her own life — examining the psychology of her age and her gender in black and white, through surreal interpretations and exaggerated gestures, reminiscent of Italian cinema, creating photographs that reflect the universal idea of womanhood and assure HER that she is not on this path alone. 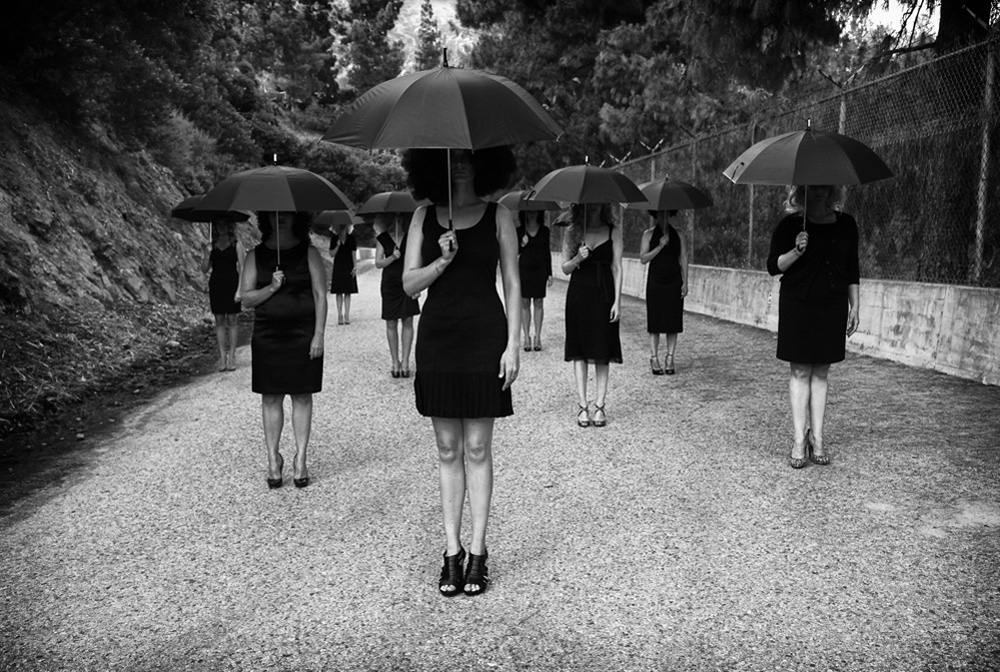 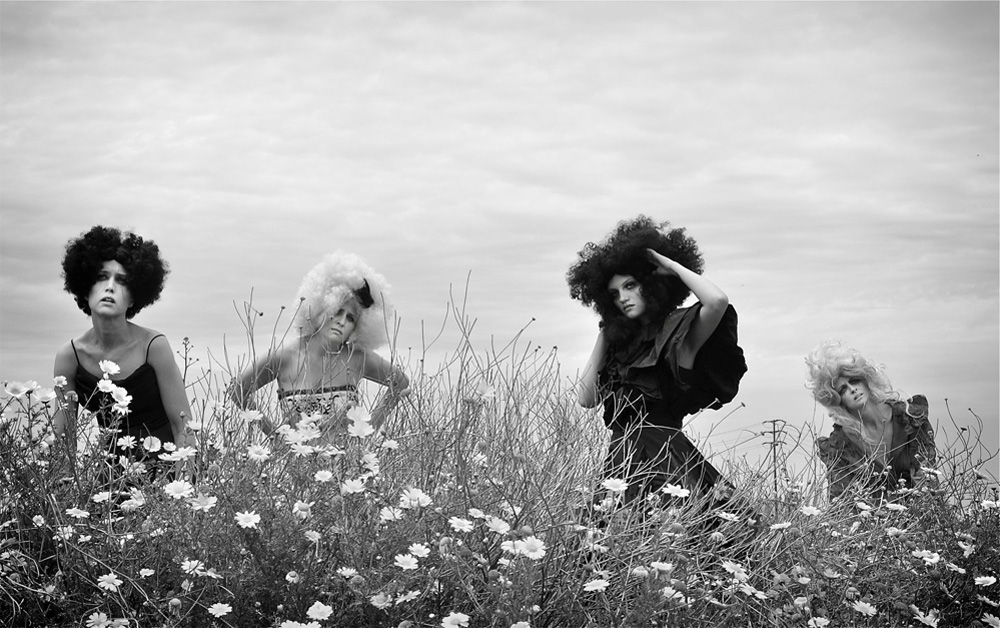 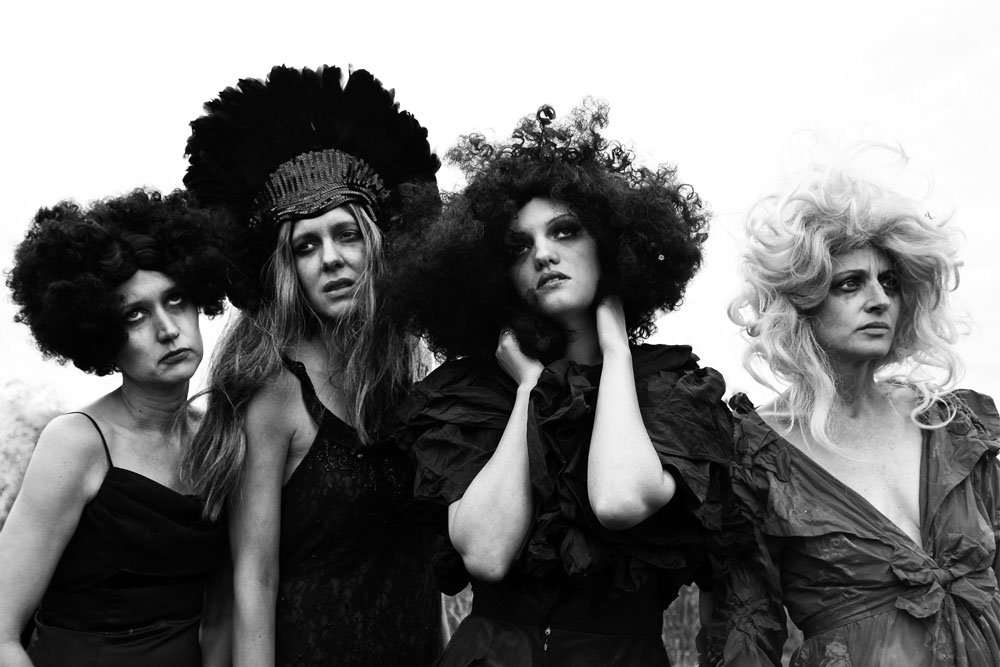 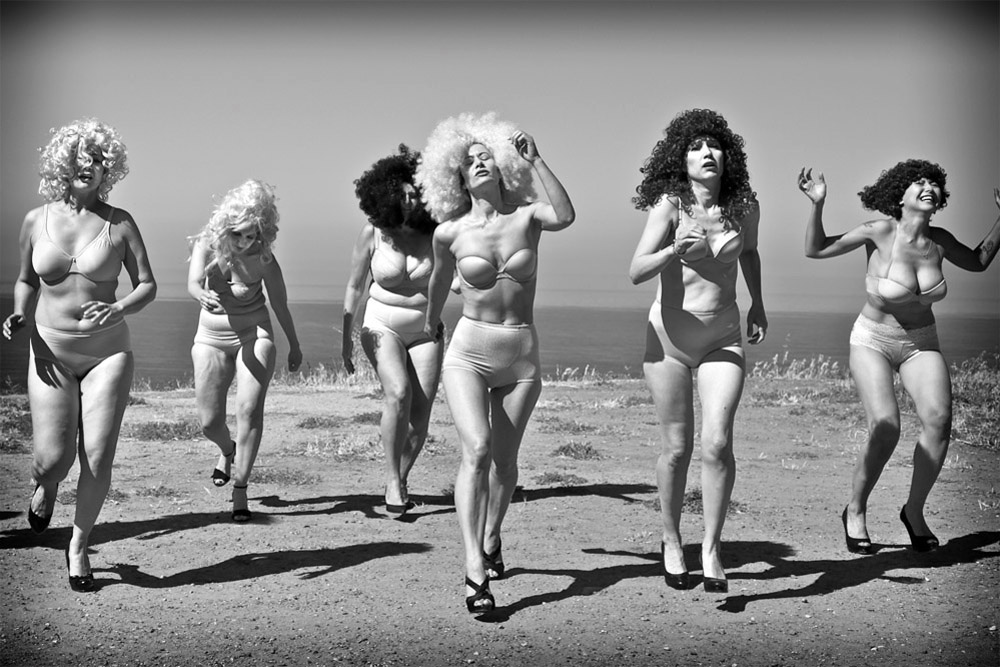 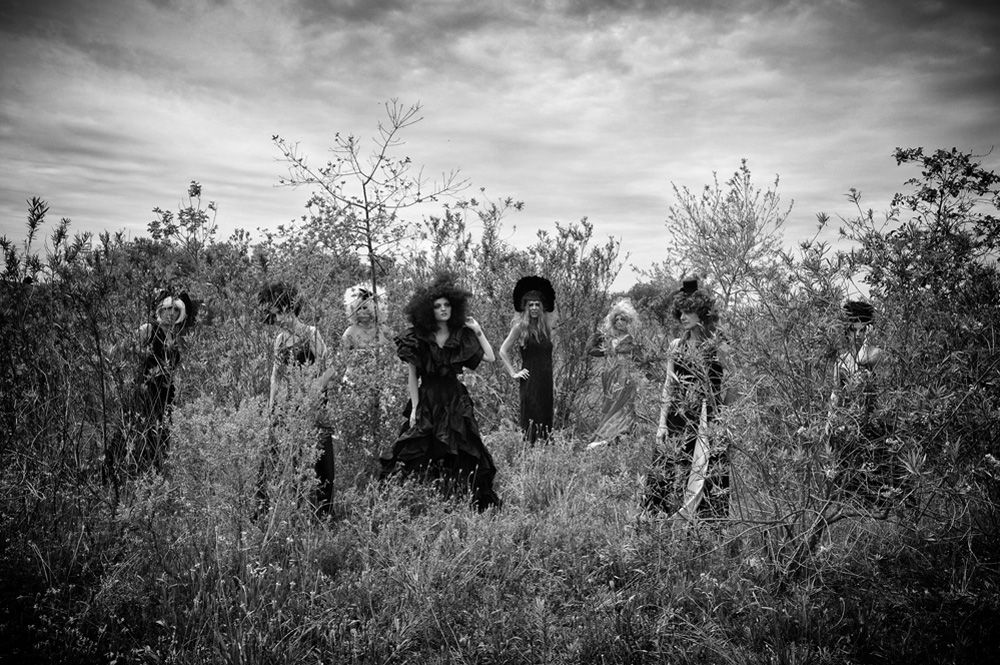 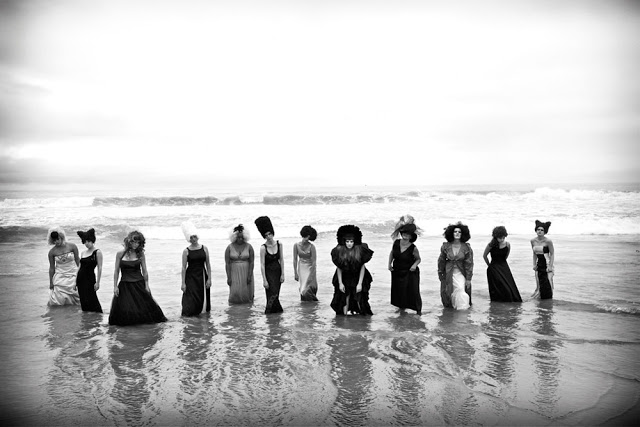 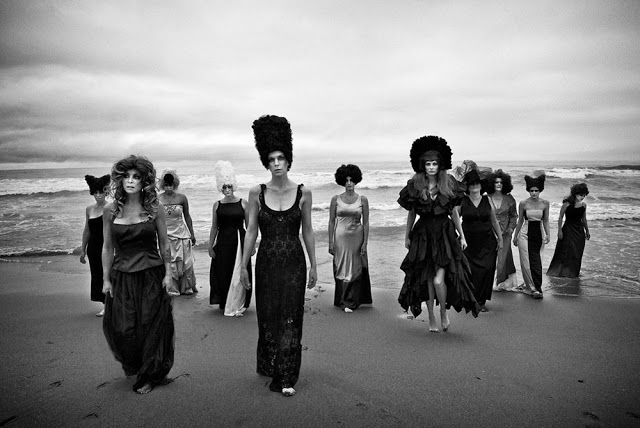 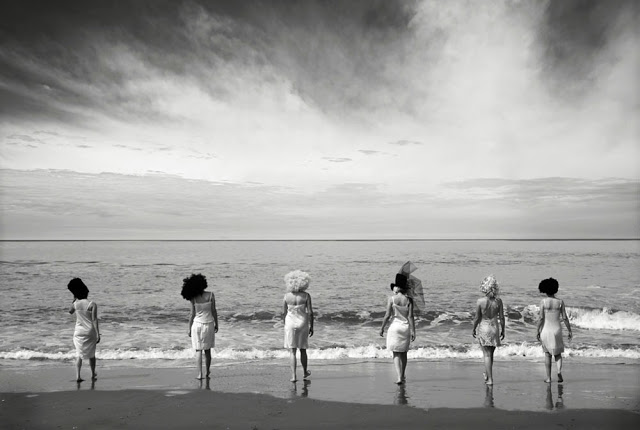 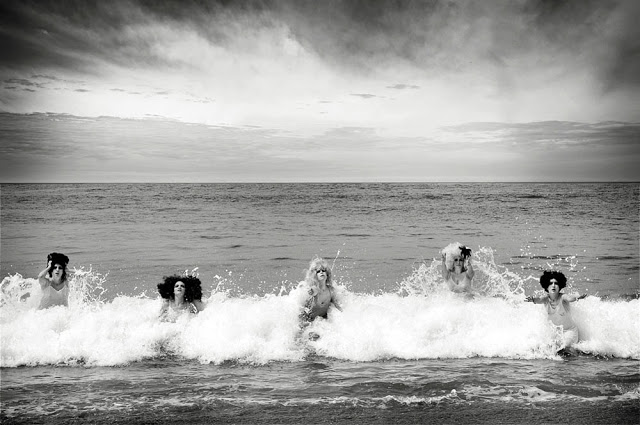