I wanted to share the work of the amazing Kevin Cooley today.  He’s a photographer, filmmaker, and conceptual artist and every project he creates, blows me away.
He has a new project, Skyward, on display at the Broiler, part of Pierogi Gallery in Brooklyn that is on exhibition through February.  The work is a large-scale video installation portraying Los Angeles’ manufactured landscape and its complex relationship to the natural world. Using the quintessential Los Angeles experience of driving as allegory, the video takes the point of view of a passenger gazing upward through an open-top convertible, or sunroof while riding throughout the city. This point of view manifests physically in the gallery by presenting this nearly ten-minute sequence on an oversized, suspended screen, compelling viewers to stare upwards toward the skylight-like tableau. What begins as realism subtly veers into the realm of fantastical daydream, transcending the routine activity of commuting by car, and rising above the gridlock at street level to a pristine blue sky saturated with limitless possibility.
So, imagine you are relaxing in this space, looking Skyward… 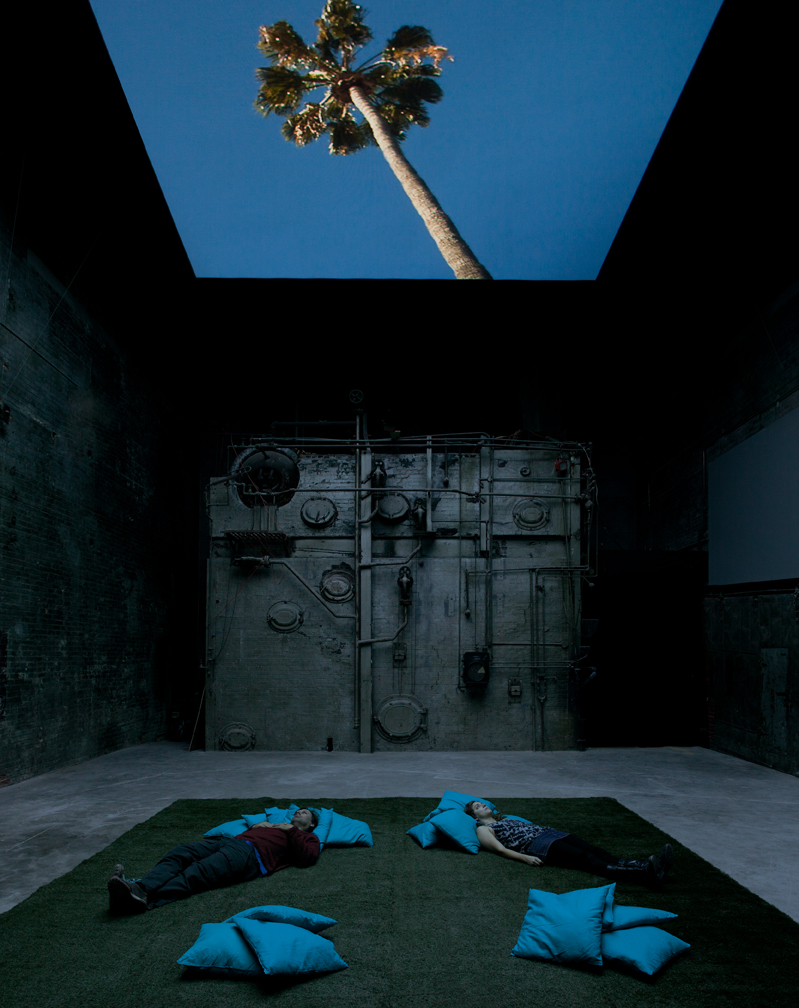 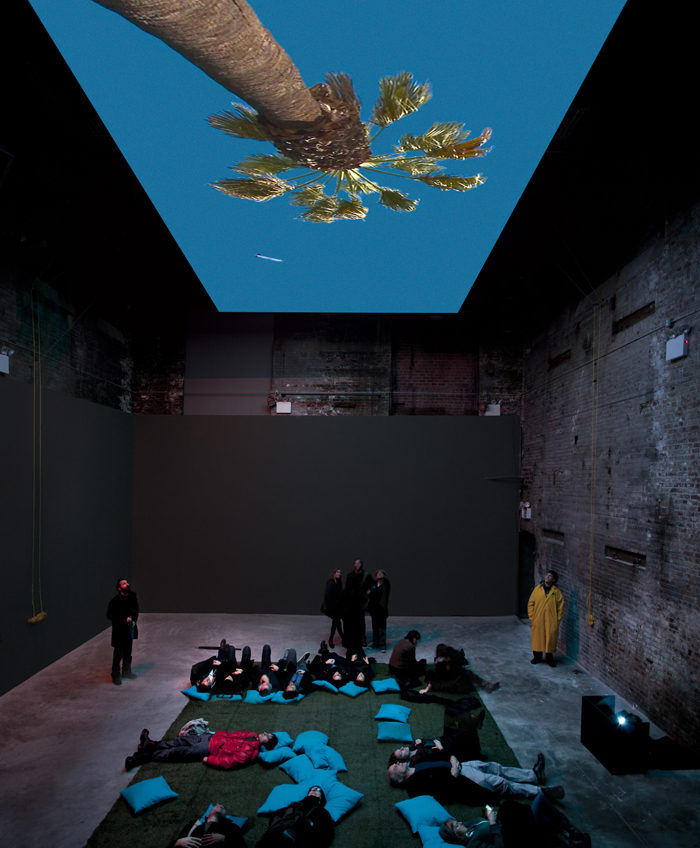 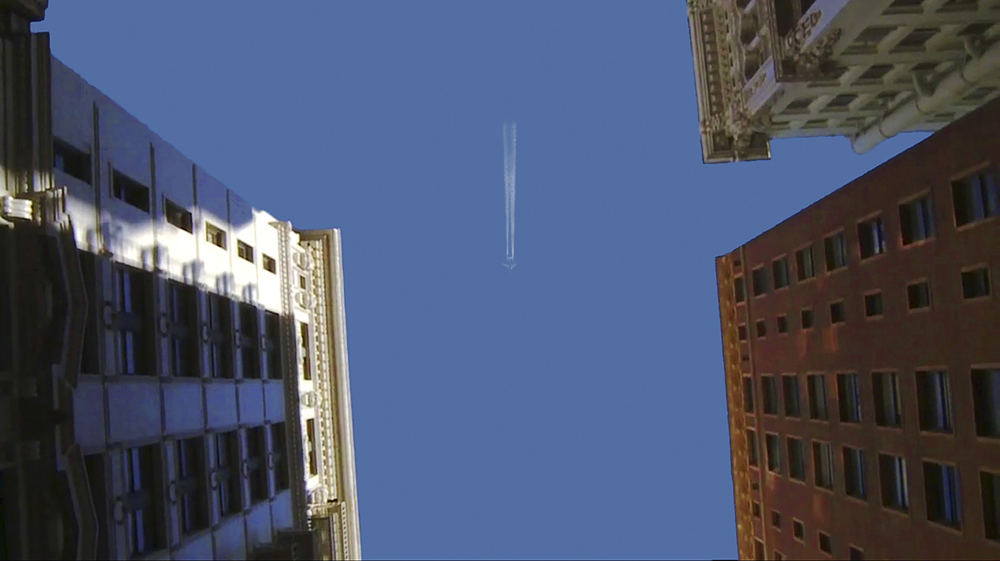 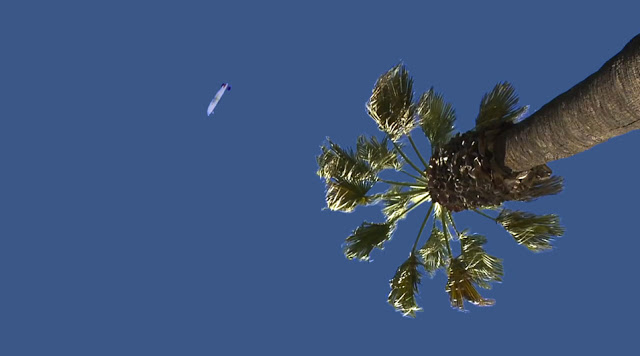 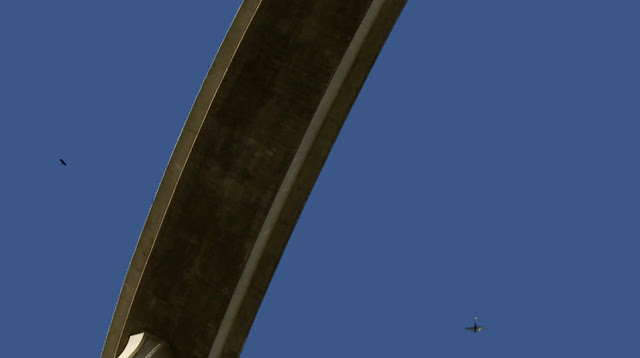 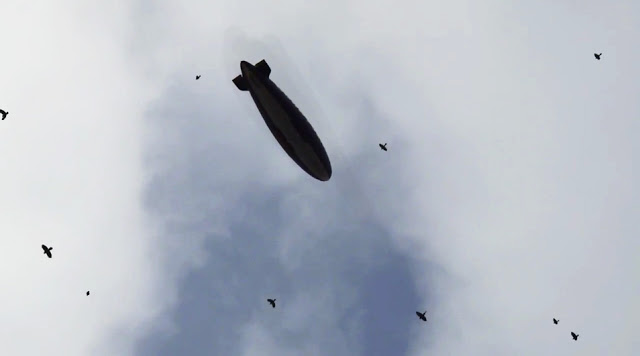 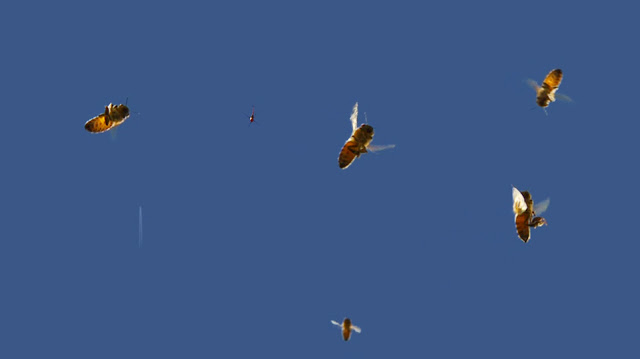 I also wanted to share a few of Kevin’s other projects.  I featured Remote Nation on Lenscratch in 2011, where he took an empty building in NYC, filled it with TV sets all set to the same channel and the results were a building that pulsed with light and images and came alive… 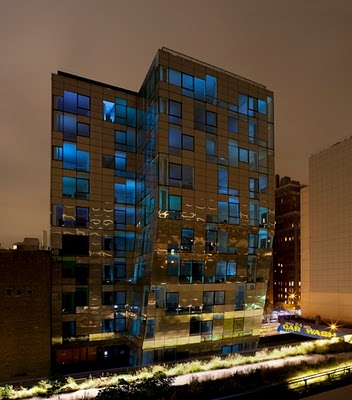 Commissioned for the 2012 Scope Miami Sculpture Atrium. Kevin’s Bonfire Project reclaims dozens of cathode ray tube television sets and carefully arranges them to mimic the shape of a towering bonfire as fiery flames flicker across their screens. The individual television sets operate like pieces of a video jigsaw puzzle, collectively re-animating a small campfire. Electronic smoke and embers slowly rise towards the sky, transcending the awkward physicality of obsolete technology, becoming ethereal, like fire itself. Harnessing the mesmerizing ability inherent in television to capture our attention, this work can be seen symbolic gesture reminiscent of a ceremonial and spiritual celebration, or perhaps as an act of destruction. 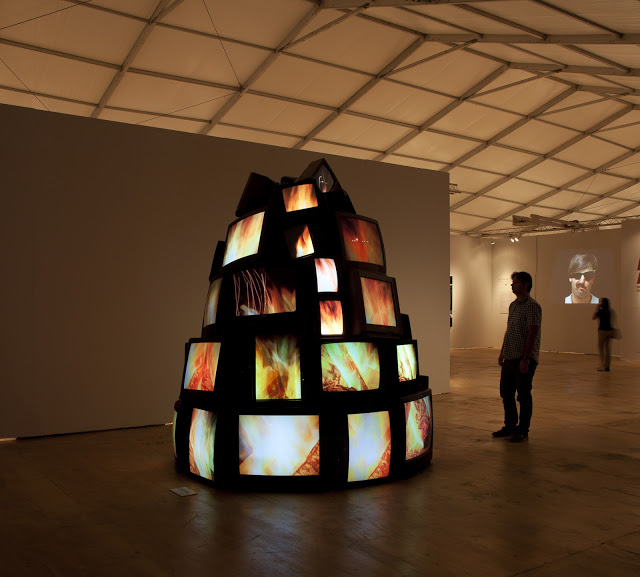 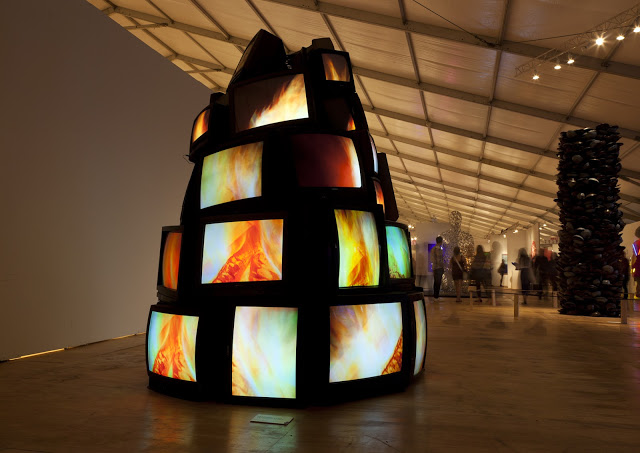 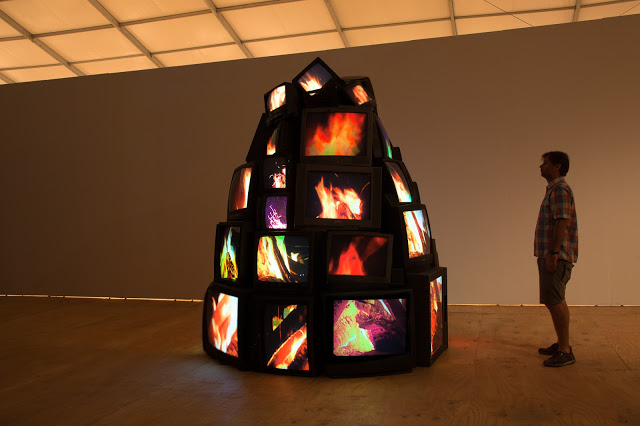 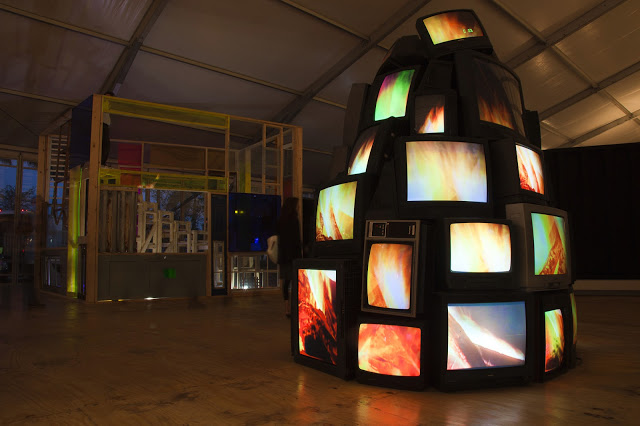 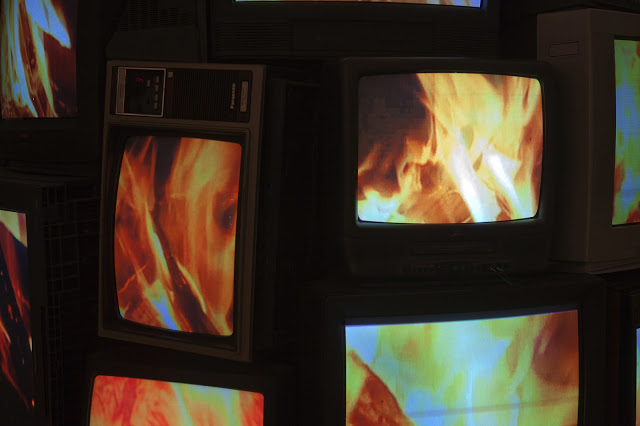