I had the great pleasure of being one of the judges for the Magenta Foundation‘s Flash Forward Competition.  Judges and entrants came from the U.S., Canada, and the UK and after spending days going through over 600 portfolios more than once, we narrowed down our choices and then had a lively debate over who should win the Bright Spark Award.  This year Alma Haser received that honor for her project, Cosmic Surgery. 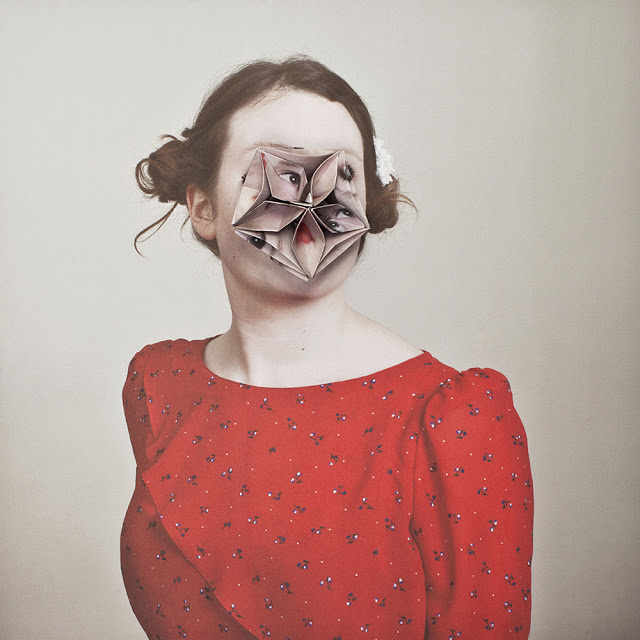 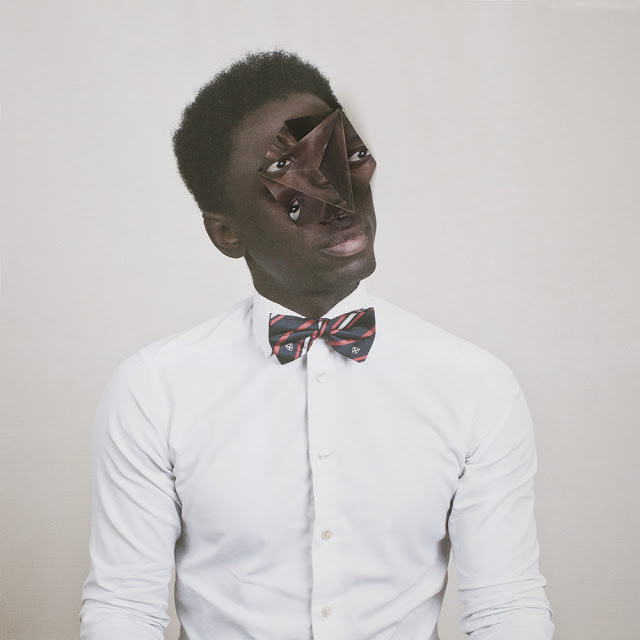 Alma has also been shortlisted for the Taylor Wessing Portrait Prize for ‘The Ventriloquist’. Her shortlisted portrait, taken in her house in South London, is of friends Luke and James who have known each other since they were 12. Struck by their hairstyles, an East London bowl cut, Alma initially planned to take separate portraits but it was difficult to get them to focus so decided to photograph them together. She says ‘I asked them to sit on a tiny, wobbly coffee table, forcing them to almost cling onto each other. I wanted to exaggerate their amazing size difference, by making Luke slouch and James sit bolt upright. The title is designed to help the viewer make up his or her story about what is going on.’ 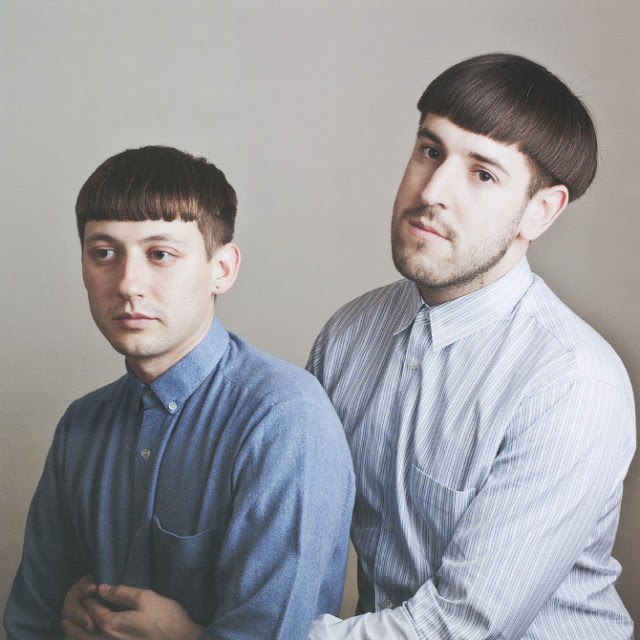 Born in Germany in 1989, Alma  moved to the UK in 1995 and received a BA in Photography from Nottingham Trent University before moving to London in autumn 2011. Her work has been included in over 10 exhibitions internationally, receiving third place in the People’s Choice for Foto8 Summer Show 2012, and Fourth prize in the Taylor Wessing Photographic Portrait Awards at the National Portrait Gallery in London.

Since leaving University in 2010, Alma has been working on self-portraits, being her own willing and available model. More recently she has started taking portraits of other people and is interested in making work that has a disquieting or disconcerting resonance. 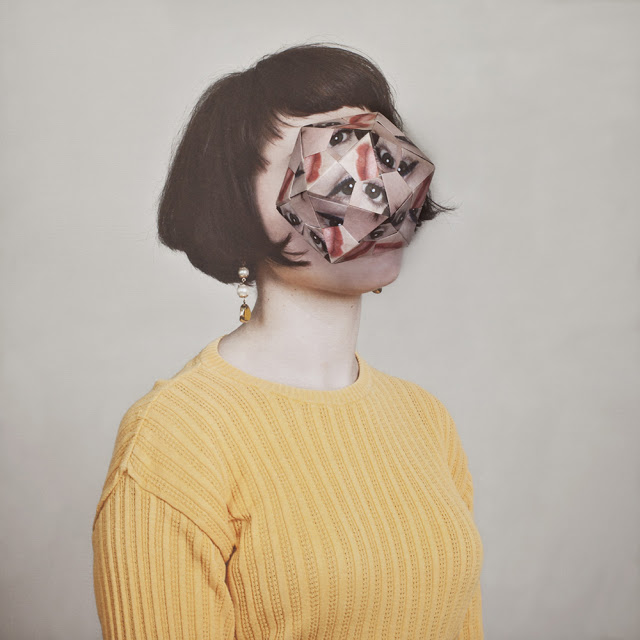 The series has three distinct stages. Firstly Alma photographs her sitter, then prints multiple images of the subjects face and folds them into a complicated origami modular construction, which then gets placed back onto the original face of the portrait. Finally the whole thing is re-photographed. 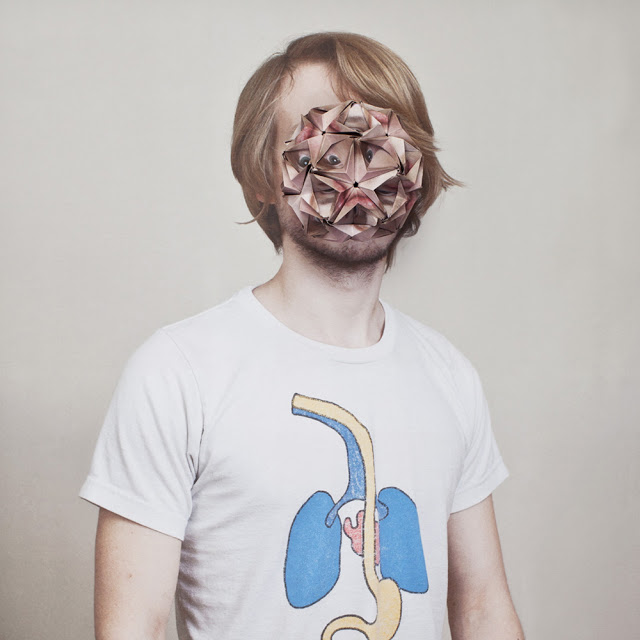 Origami is very meditative, you can get lost in the world of folding for hours. It is also extremely delicate and fragile, so by giving each geometric paper shape somewhere to sit within the final image, the origami has been given a backbone. 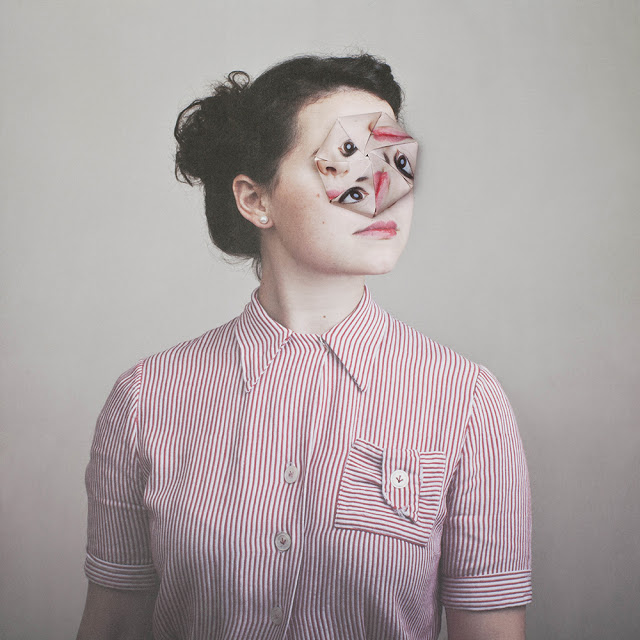 There is something quite alien about the manipulated faces, as if they belong to some futuristic next generation. In these portraits the children become uncanny, while their parents are seen in a more familiar moment. 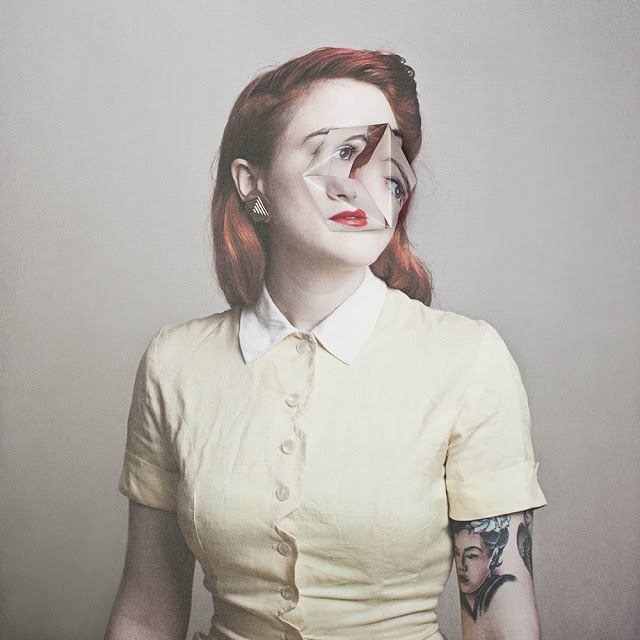 With the simple act of folding an image Alma can transform each face and make a sort of flattened sculpture. By de-facing her models she has made their portraits into her own creations. 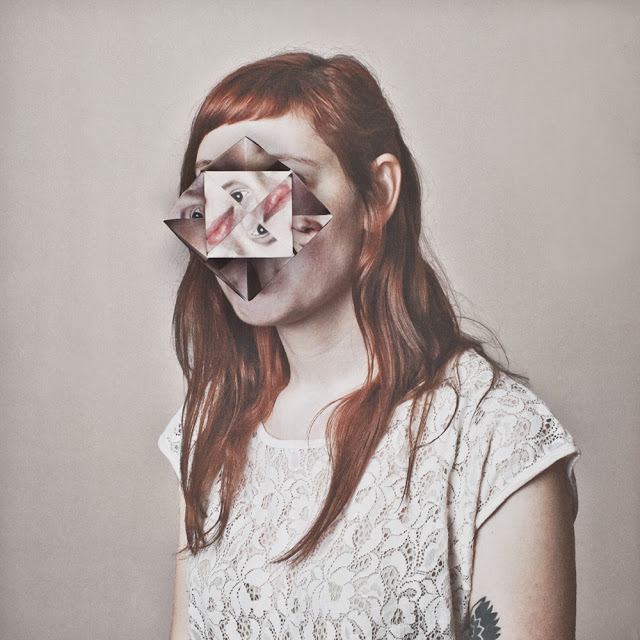 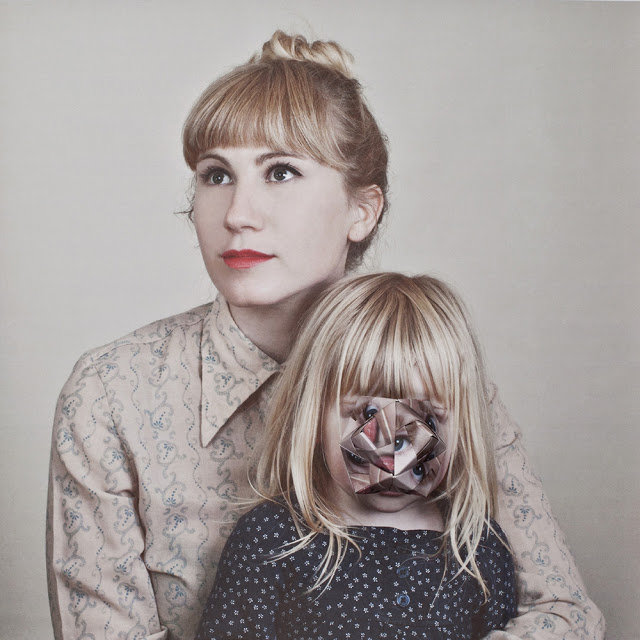 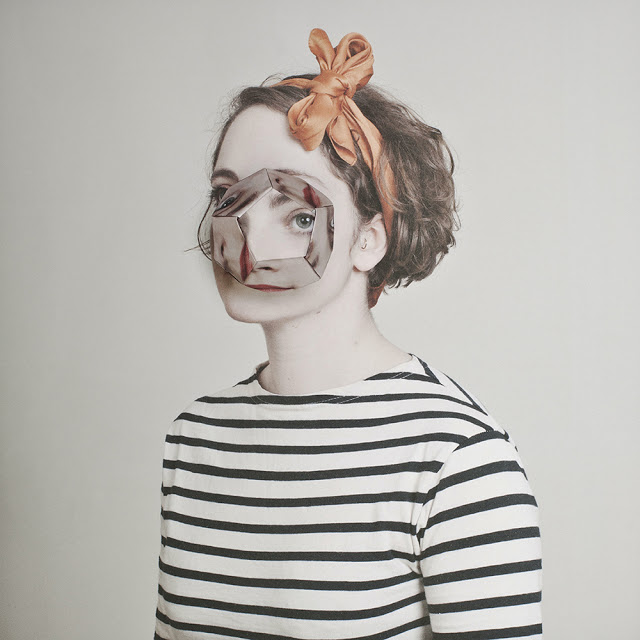 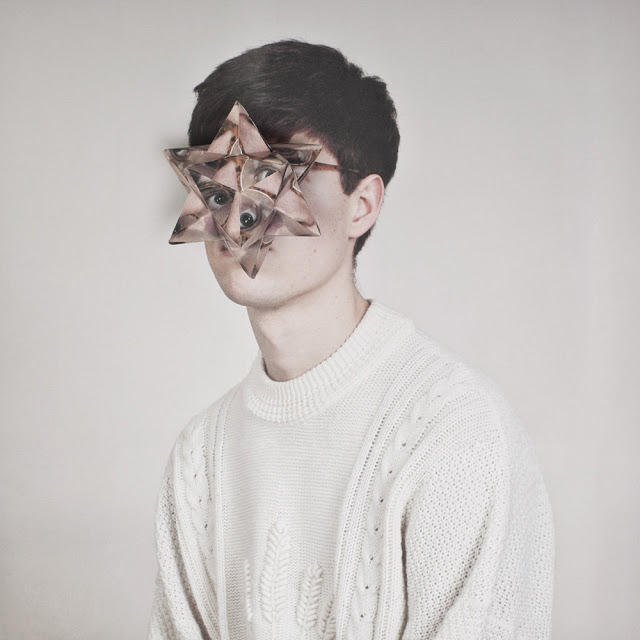 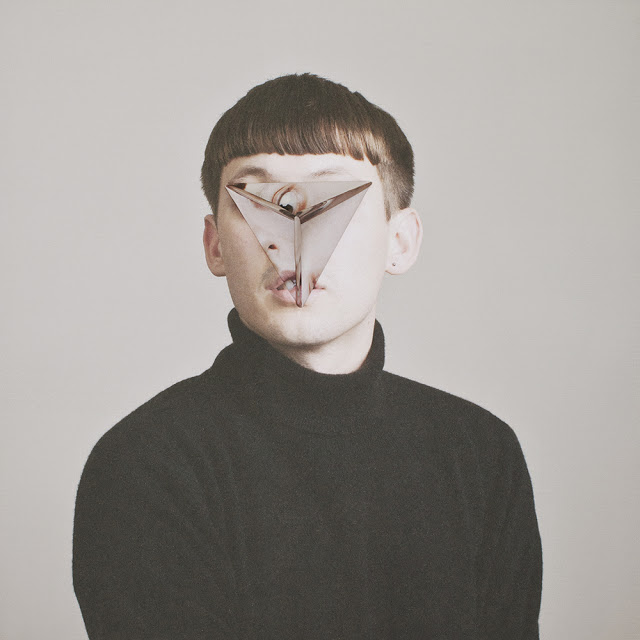 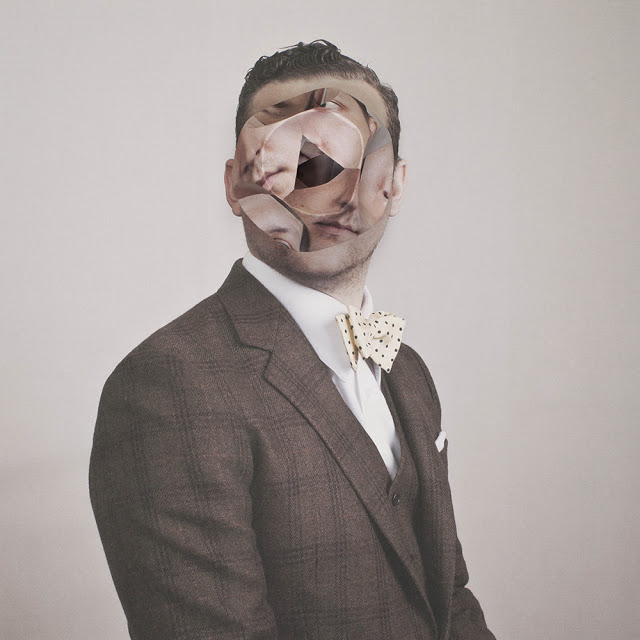 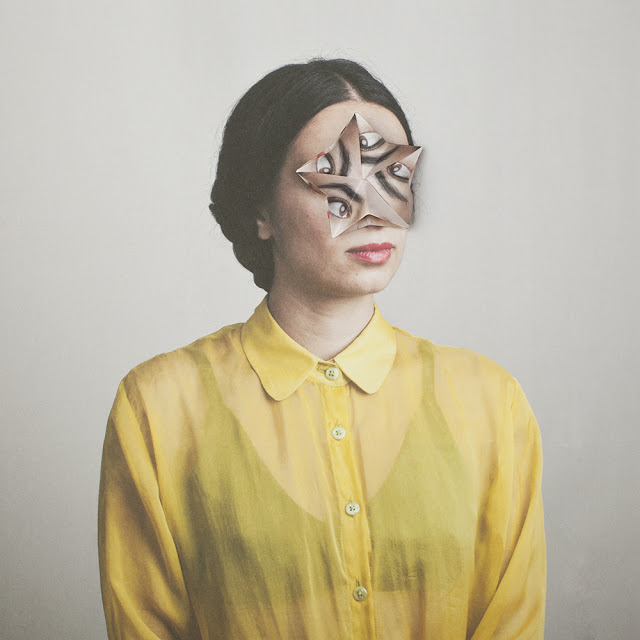 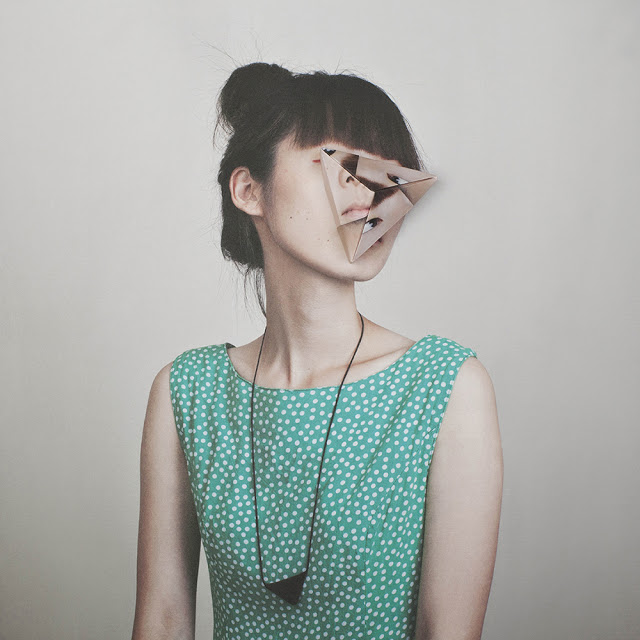 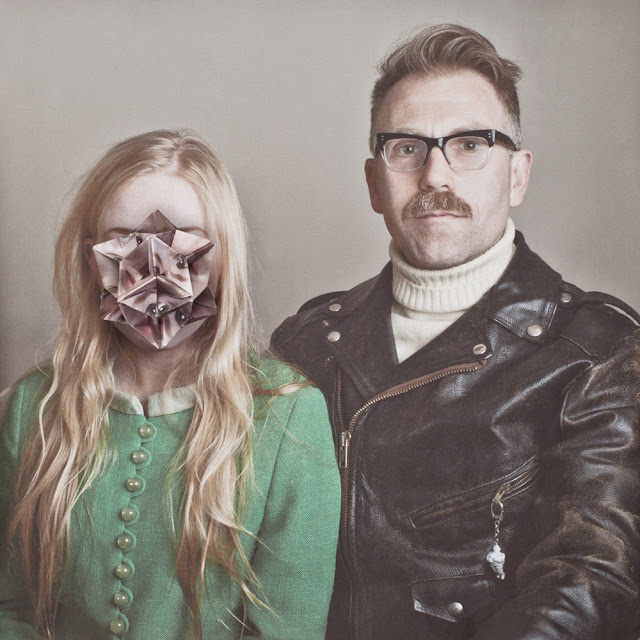