Jamie Johnson: I Will Not by Aline SmithsonMarch 11, 2014 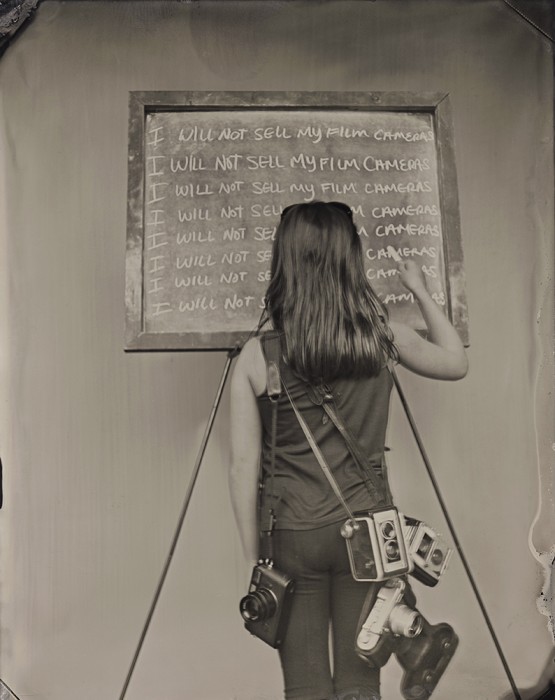 Los Angeles photographer Jamie Johnson will open her first solo exhibition, I Will Not…, at the Cooper Design Building in Los Angeles on March 13 ,2014, with an opening reception from 4-7pm.  A long time friend, Jamie is the hardest working photographer I know–running a family portrait business that has her shooting more than a thousand families a year.  In her spare time, she travels to far flung places to capture the families around the world.  She is also married with two wonderful daughters (often accompanying her to photography openings in Los Angeles and appearing in many of her photographs).  If that isn’t enough, in the last two years, Jamie discovered the world of large format photography and wet plate collodion.  To say she is obsessed would be an understatement.  Each weekend, she adds to her body of work, something that has become necessity as I believe she sold more photographs than any other photographer at photo L.A.  Collectors are lining up for her humorous and whimsical images.

Using a vintage camera and historical processing, her subjects stand before turn of the century chalk boards, writing out phrases as punishments for their very contemporary bad behavior.  The juxtaposition of a historical presentation and a contemporary sentiment, has made this series a home run. And there is a nod to Hollywood vices because, hey, she lives in the city where movies are king.

Vices was photographed with a wet plate collodion process that I feel illustrated the magical innocence of youth alongside the darker recesses of human nature. A vintage perspective on childhood, punishments with a little humor. 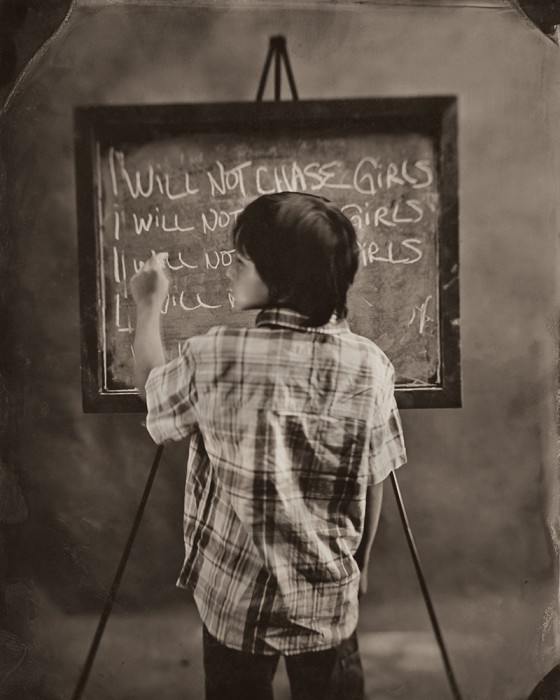 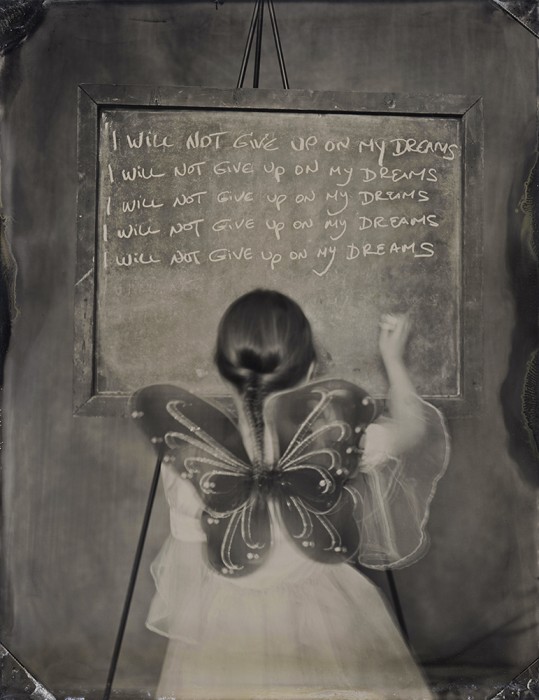 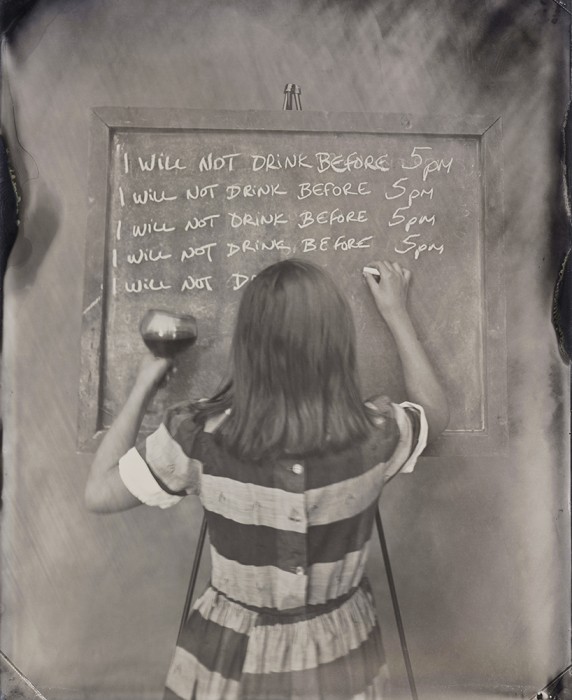 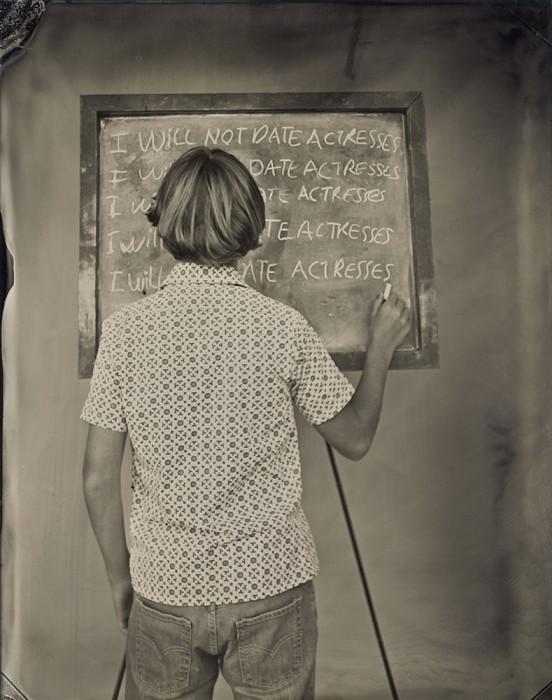 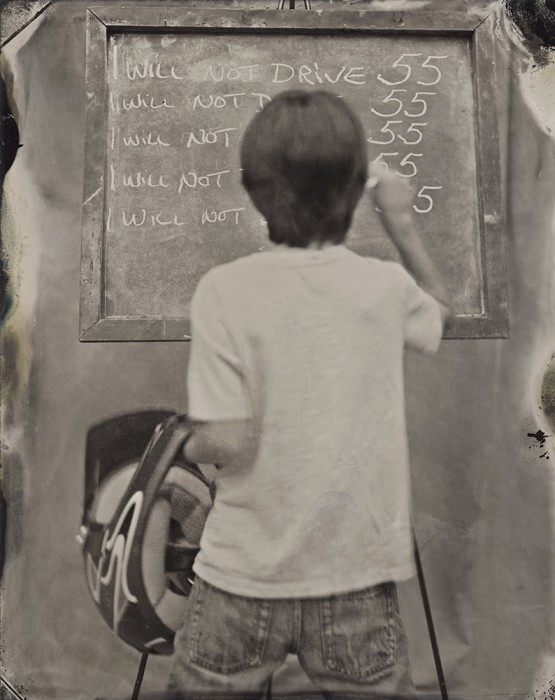 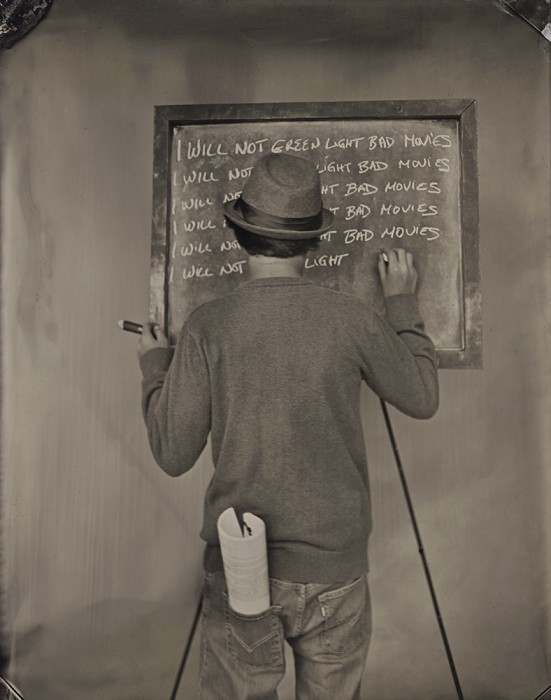 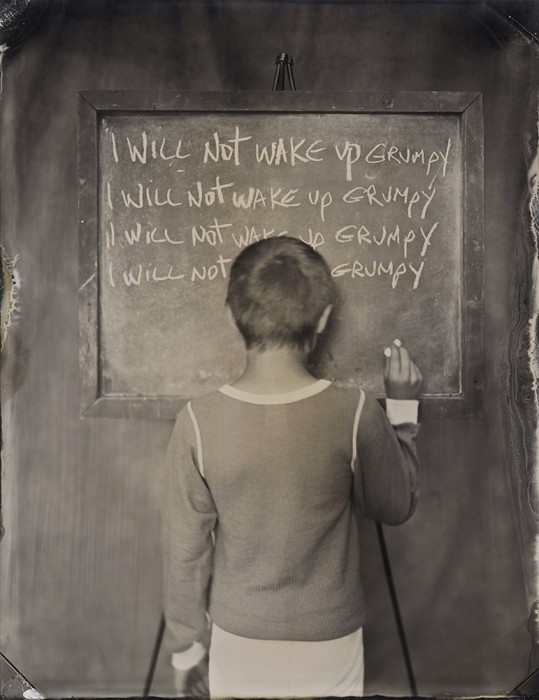 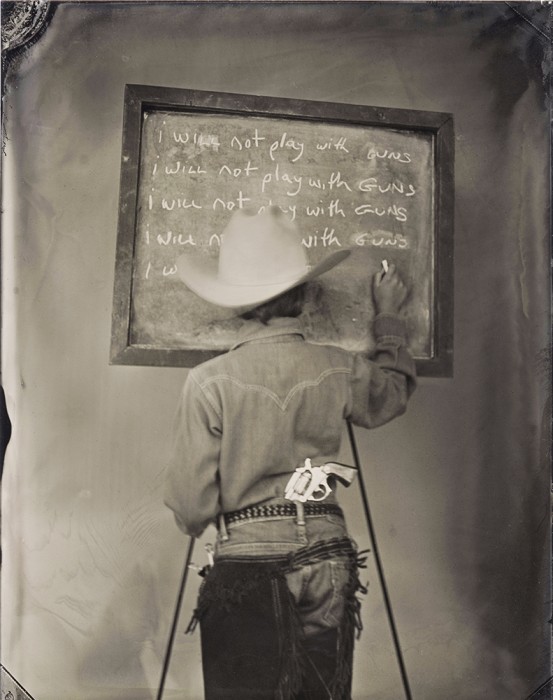 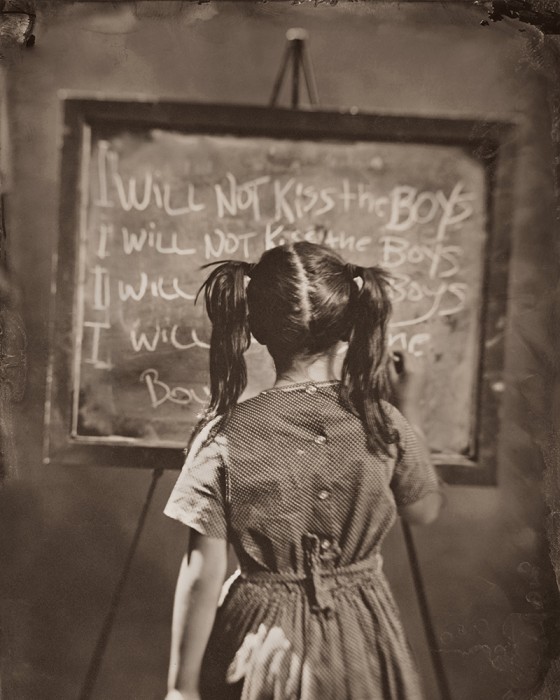 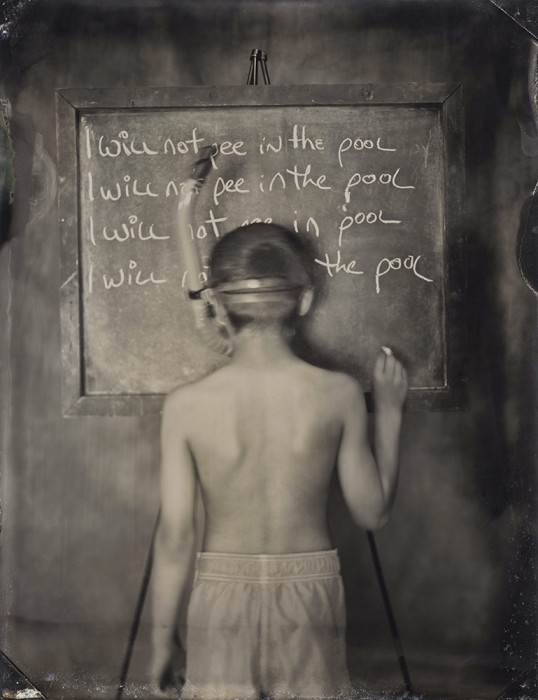 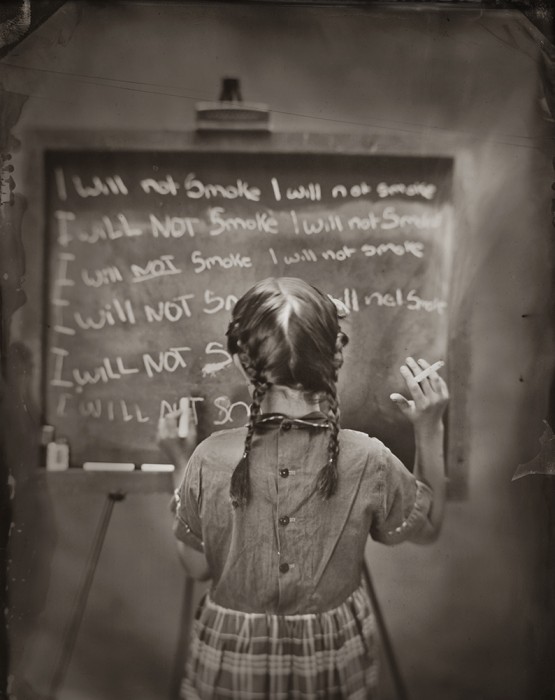 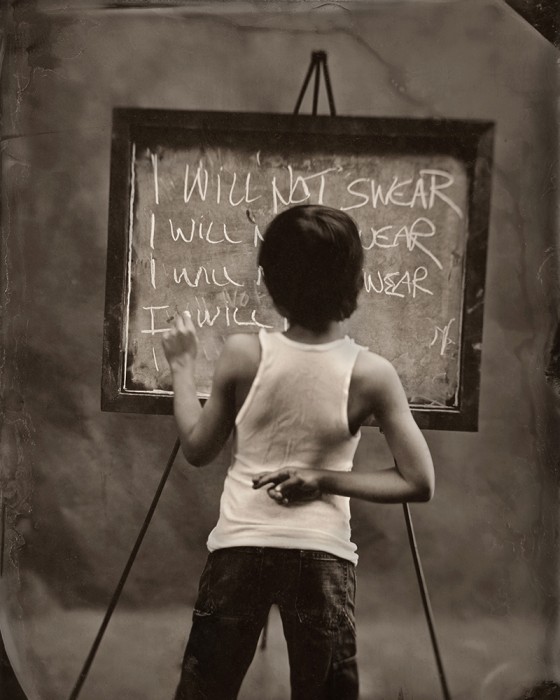