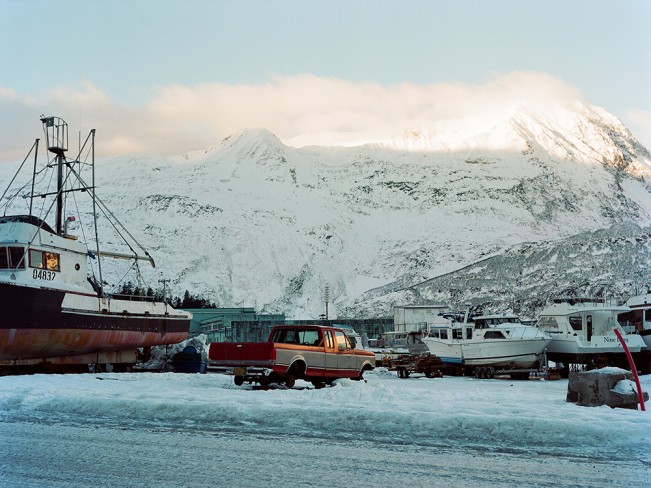 It takes a lot to live in Alaska.  I should know as my parents met there, my father working year round as a photographer for construction sites and my mother a tourist who got lucky.  It’s the last of the wild west, a region untamed, spectacular in it’s magnificence and yet often brutal in it’s natural state. Writer and photographer, Jen Kinney, has been living and working in Alaska long enough to understand the lifestyle, the people, and the nuances of place.  Her writing is wonderful and accompanies her imagery, weaving together visual and verbal descriptions of life in the north. Her project, City Under One Roof (see pdf of the photographs and writing here) shares her journey in Alaska and helps us understand what it takes to be part of a community.

Whittier is a winking crescent moon, curled into the shoulder of a mountain basin and cradled by the sea. The only route to cross the
tight ring of peaks that surrounds it on three sides is a tunnel, two and a half miles long. Barring arrival by boat or small plane, it is the only throughway in or out of town.

Jen has published her work with High Country News, Yonder Journal, and Satellite Magazine, among others. She is a regular contributor to the Turnagain Times, the small-town newspaper covering Whittier, Alaska where she now lives and works. Her project about Whittier, City Under One Roof, is supported by a grant from the Alaska Humanities Forum and by the Center for Documentary Studies at Duke University through the Dorthea Lange-Paul Taylor Prize. Kinney will exhibit these photographs at the Alaska Humanities Forum in Anchorage, AK this May and at the Center for Documentary Studies at Duke University in Durham, NC this October. She studied Photography and Imaging at New York University.

The entrance to Whittier, Alaska is a 2.6-mile tunnel, a gaping maw in the mountainside. It bares its teeth twice an hour, allowing cars in to Whittier or out, inhaling them on one side of the mountain and exhaling on the other. At night it closes, leaving the town isolated from the rest of the world until morning.

Within the mountains that encircle the town is another enclosure: Begich Towers, a 14–story condominium that houses the majority of Whittier’s 200 residents. It is a vertical town, with walls so thin the missionary can listen in on the bartender next door. “A lot of people don’t stay here because they think it feels like prison,” said Terry Bender, resident of Begich Towers. “I just laugh. I tell everybody, ‘We all live in the same house, we just have separate bedrooms.’”

These photographs are part of an ongoing project, just as Whittier’s story continues to evolve. Despite its challenges to access and potentially claustrophobic living quarters, it is home to people who have made their way from across the world and built lives here. Indeed many long-term residents speak longingly for the days when only the railroad connected the town to Anchorage, the nearest city. In those days, Whittier’s main attraction was solitude. In dead of winter, blanketed in snow and harrowed by wind, it still is. From its origins as a military port of great strategic importance to a near ghost town; from its revival in the 1970s by a group of entrepreneurs and renegades to its present-day struggles for growth and expansion, I have been chronicling the transformation of the town, its infrastructure, and its tall-tales. 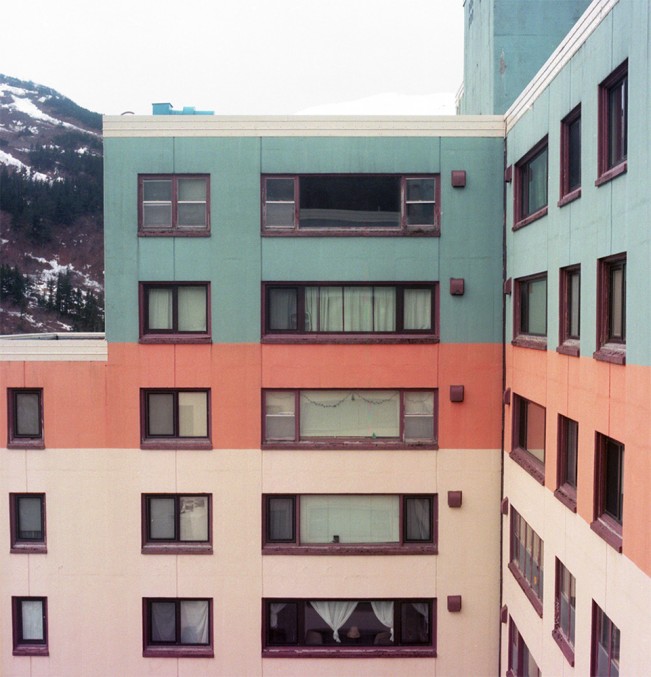 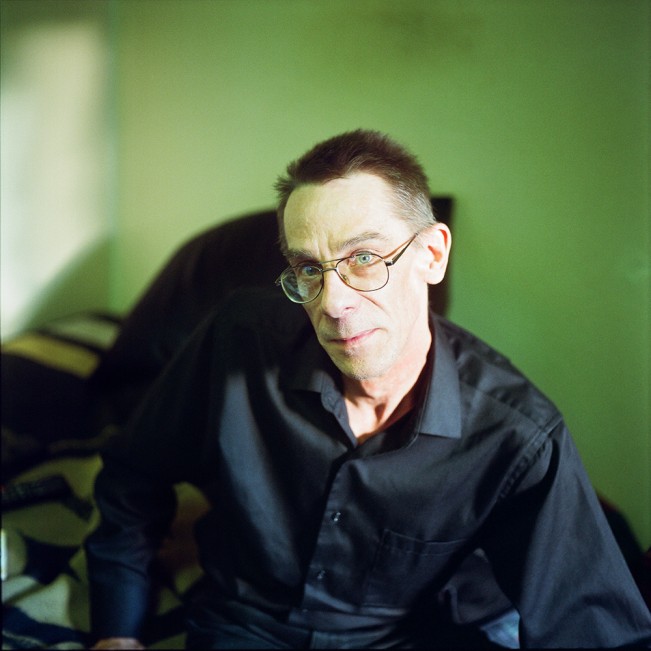 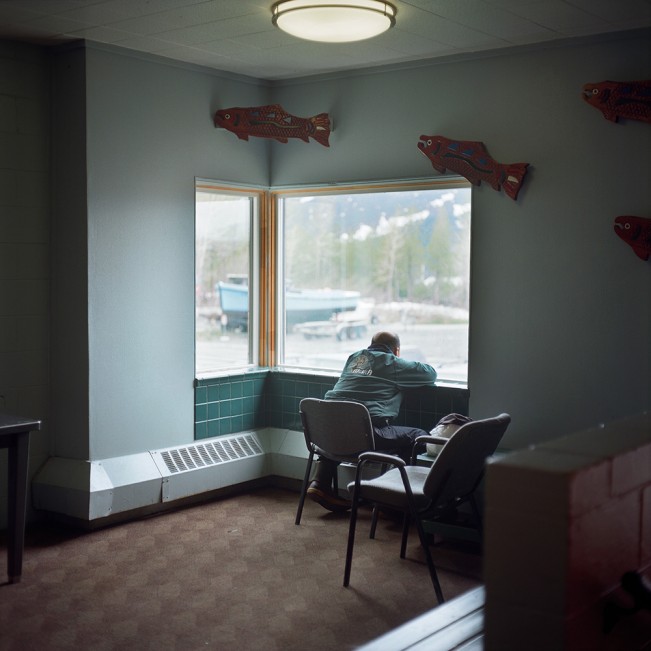 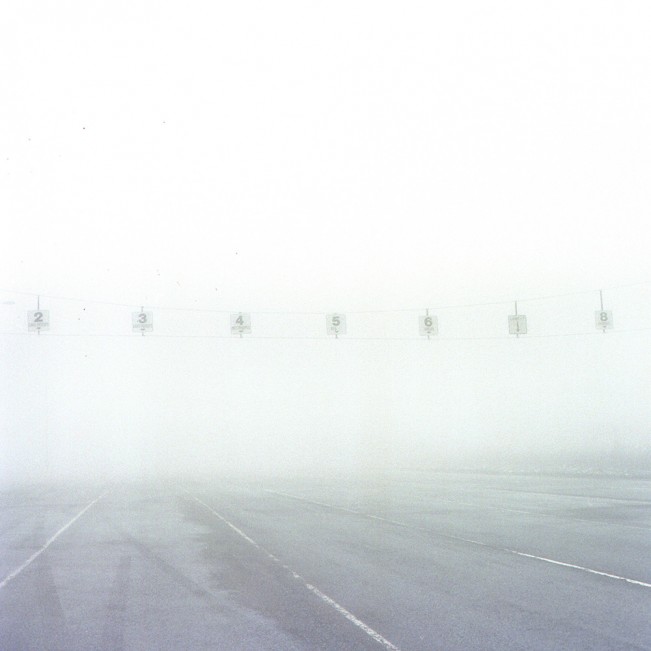 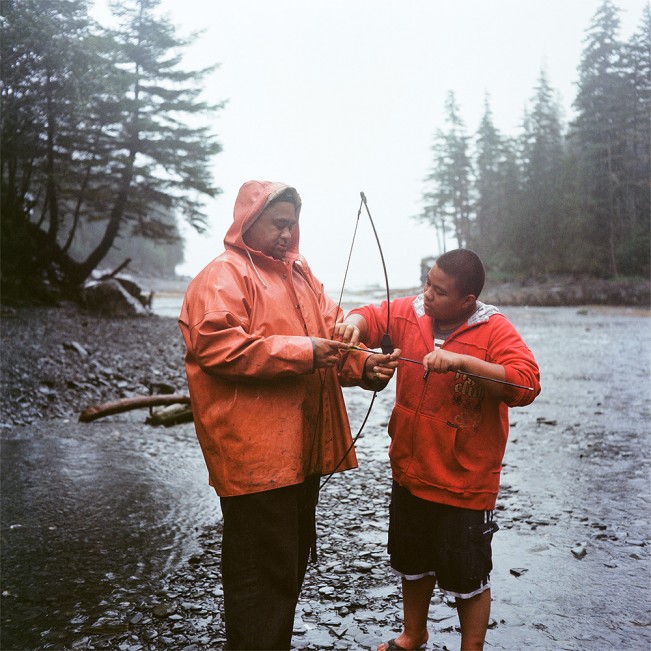 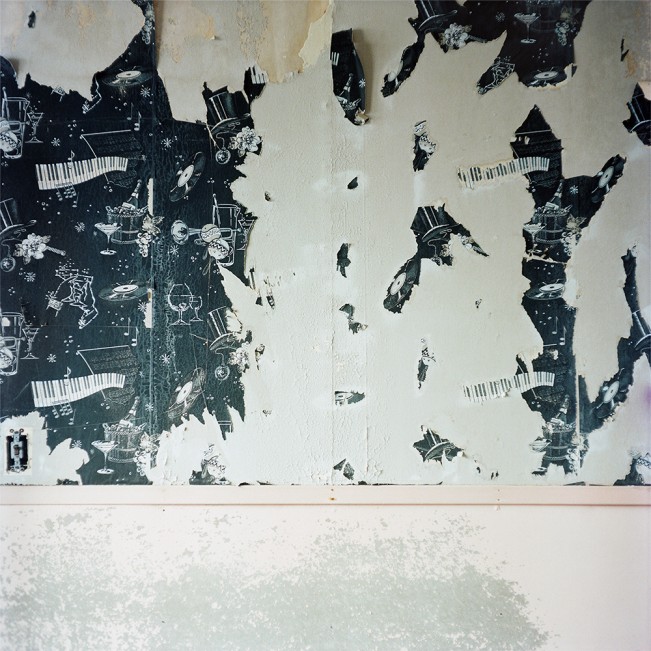 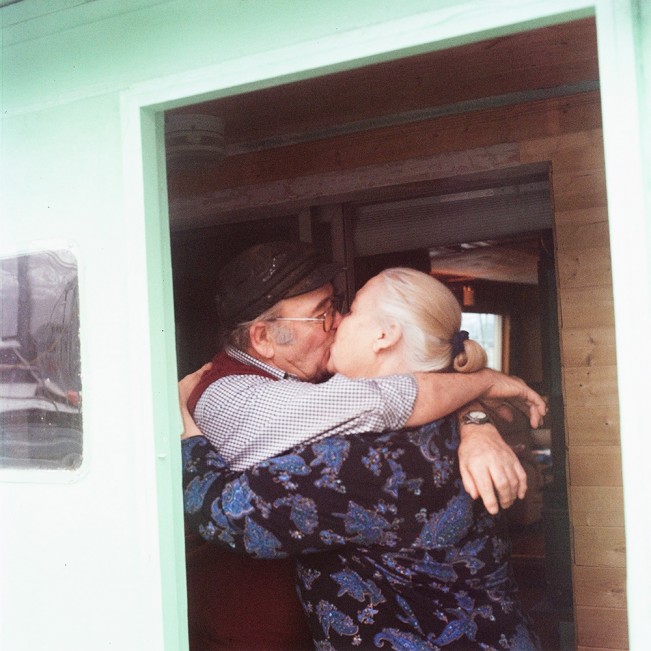 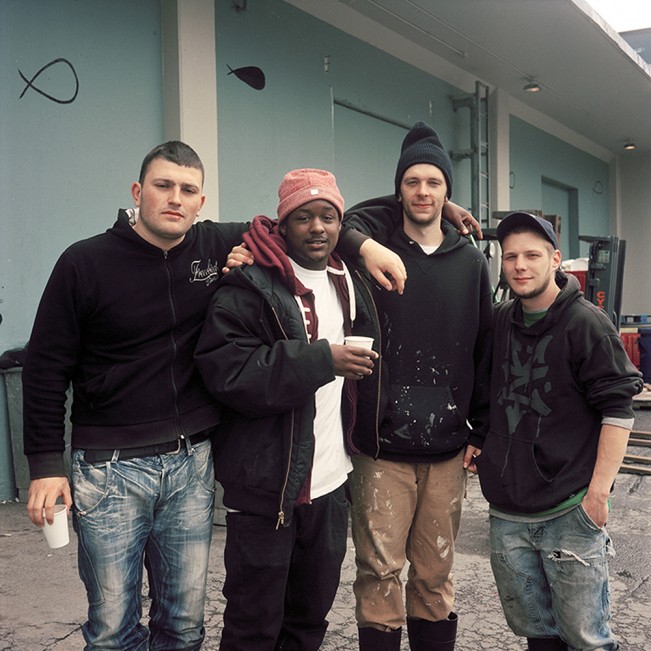 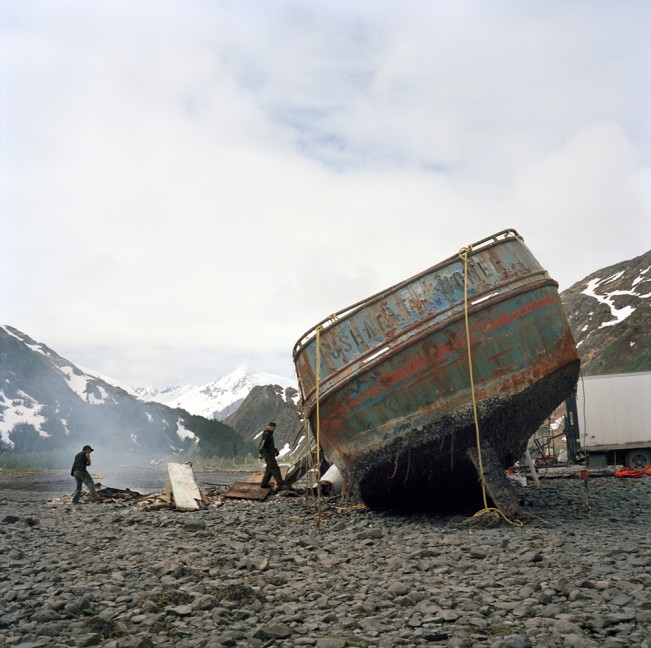 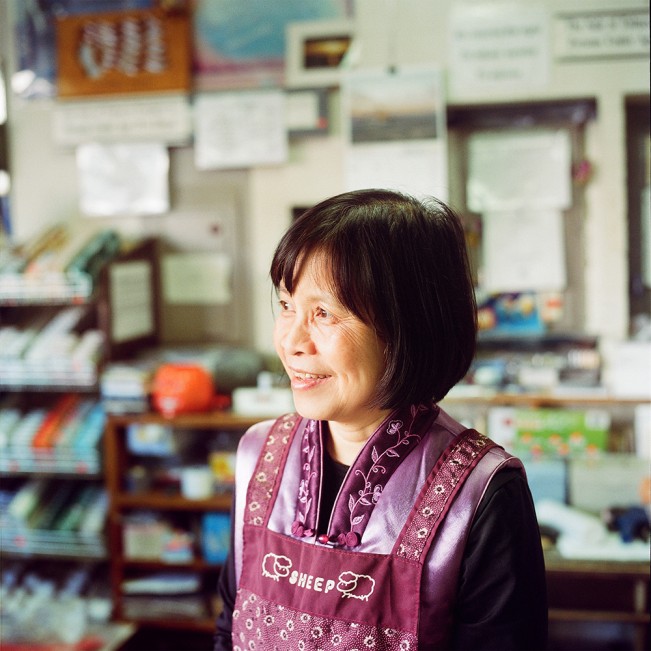 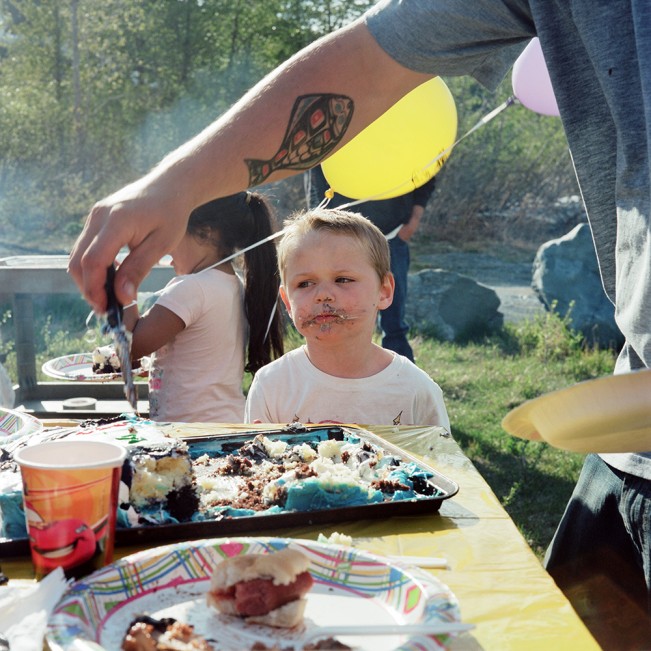 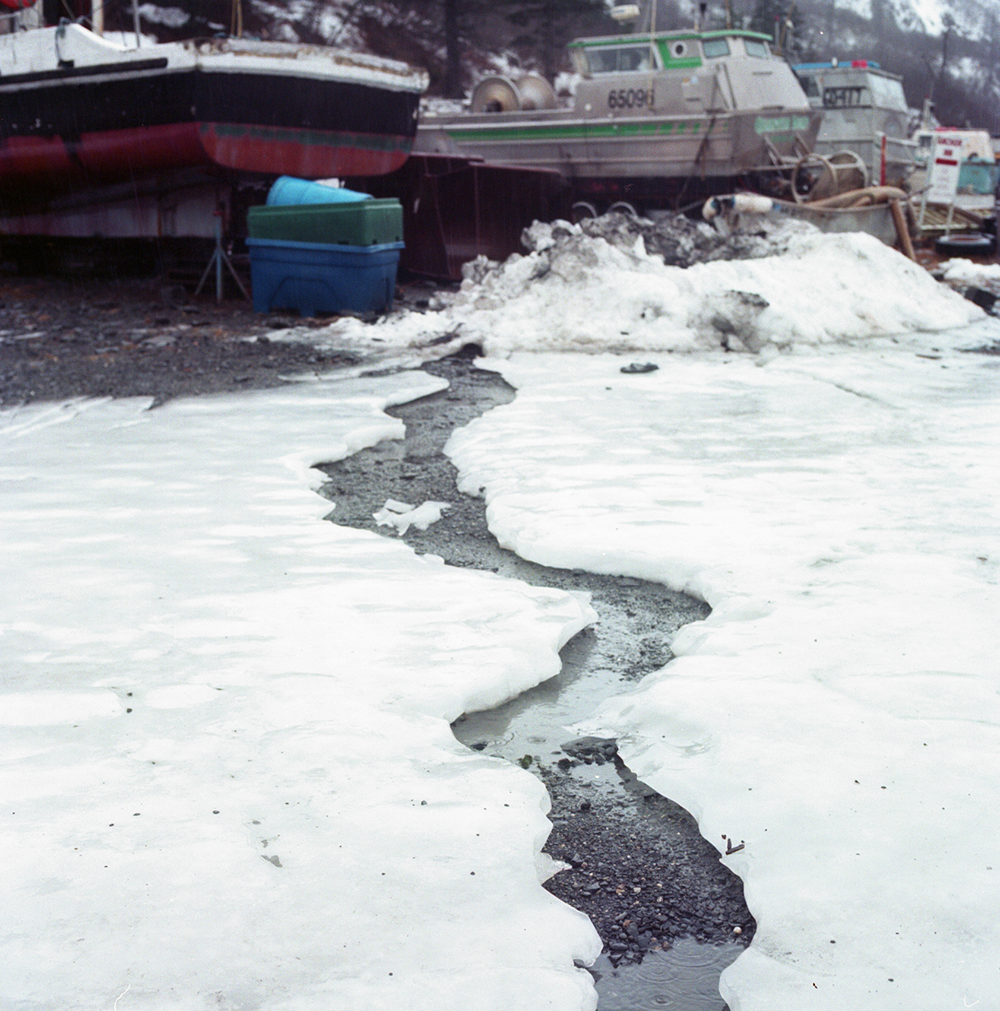 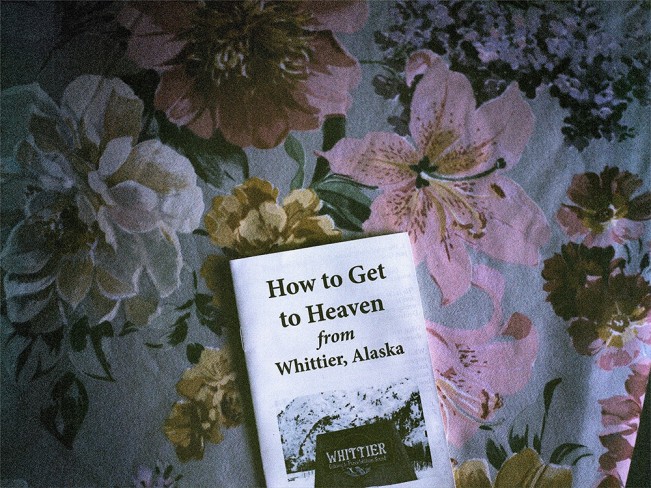 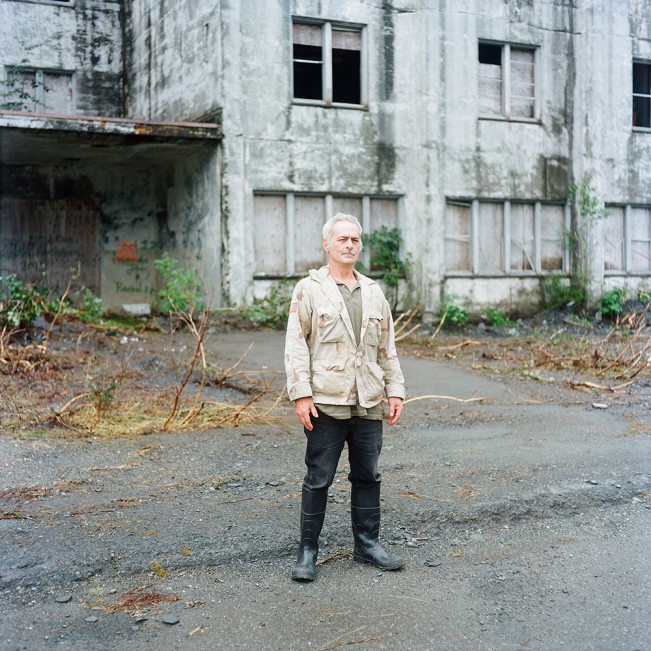 NEXT | Jamie Johnson: I Will Not >
< The Music Center Spotlight Awards in Photography | PREV